My experience of spending 50 days in Barcelona

A few months ago ChessBase India came up with the innovative and at the same time enterprising idea of the ChessBase India Power Tour to the Catalan circuit in Barcelona. Young kids always need their parents to travel to tournaments. Many of the times the parents lose a lot of their time and money in accompanying their kids to the tournaments. In order to make it more efficient, we started with the ChessBase India Power Tour, where the parents could send their kids with a capable tour manager. The thought was that people would save money and also could continue with their daily work, while their children pursued their passion. While all of this happened, the benefits for the kids were much more! Travelling alone made them confident and self-sufficient. Kavisha Shah, one of the participants in this trip, sends us her account. 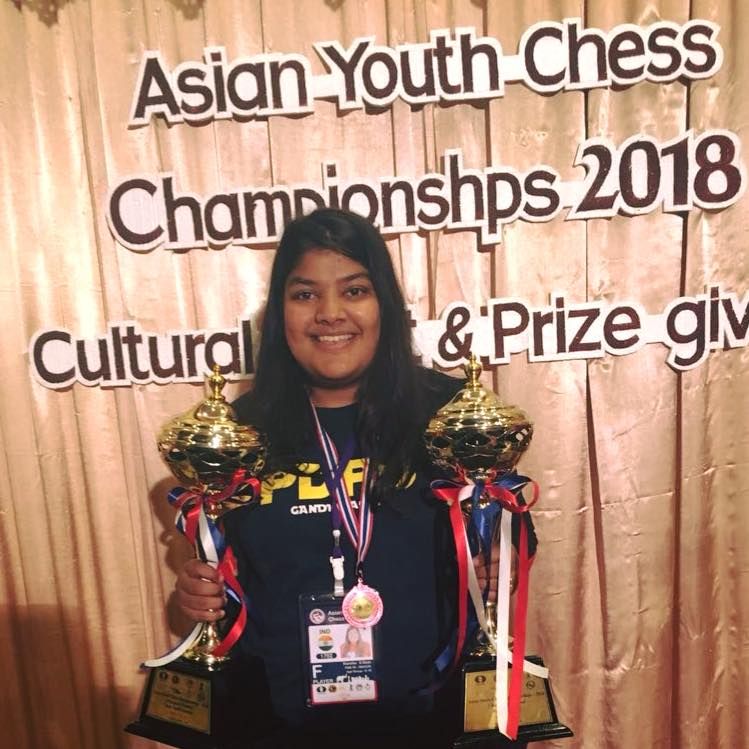 I played Catalan Circuit 2018 with ChessBase India Power. I play chess from last 8-10 years but have always played for fun! I never had big goals like kids have these days to become a Grandmaster or a World Champion. I always played for my own satisfaction and also didn’t want to work hard. I actually used to play that way because you play, you win (in your city, or in state tournaments) and you are happy. That’s all. But as a kid I always had this dream of playing in Spain because Spain was a dream country for me. What’s better than playing chess in your dream country. The big problem however was that I live in Joint Family due to which it was impossible for my mother to accompany me for the Catalan circuit which is for four to six weeks.

I was at Chiang Mai,Thailand when I first read the ChessBase India Power article “5+ Tournaments in Spain”. I and my Mom almost made our mind to play, we just had to convince my Dad. As I am well traveled, my Mom didn’t worry much of me going alone because it was Ankit Dalal, the head of ChessBase India Power who was the tour manager and my mom knew him from couple of years. So, it was easy for my parents to trust ChessBase India Power and send me alone on this trip! The plan was to begin from 25th of June in Montcada and play four more tournaments in Barbera Del Valles, Sant Marti, Sitges and Badalona.

Out of curiosity I asked Ankit once about my room-mates on the trip. He told me about the kids who would be travelling with me. I was not okay when I came to know that I would be sharing my room and apartment with 6 kids. My mom asked me to calm down and advised me to focus on my play and not on the external things. 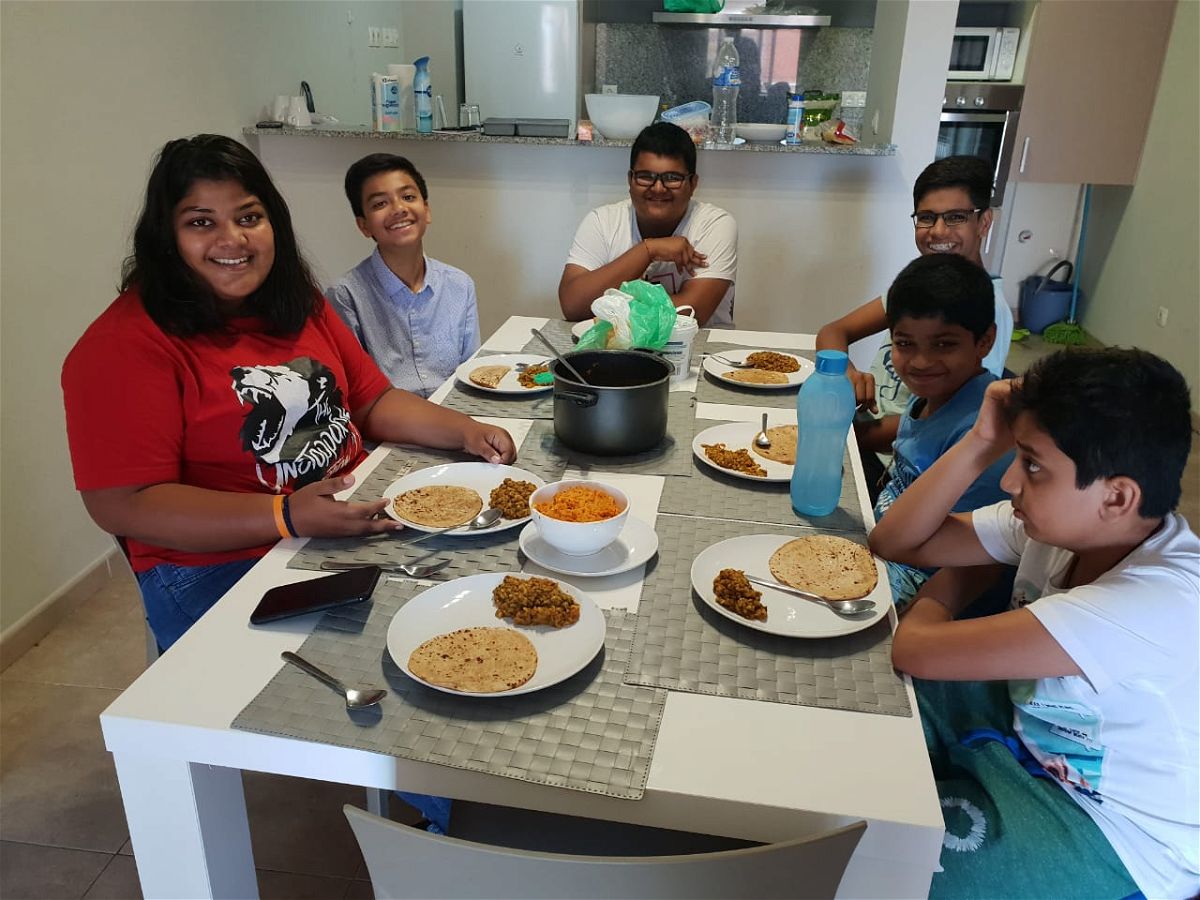 Me and the "kids" at the apartment! Photo: Ankit Dalal

The trip began and we all stayed together in a big apartment in Barcelona. All the kids used to respect me a lot and treated me as their own elder sister which was unexpected for me. That was because I had some kind of negativity in my mind that I won’t be able to adjust. I had this mindset that I won’t involve much, will talk to them when it’s needed and basically I didn’t want to be friendly and open with them. But I realized that kids are more adaptive, resilient, emotionally strong, vigorous and cheerful than me. At that point I decided to bring a 180 degree change in my approach. "I shouldn’t be selfish", I said to myself and the feeling of living as a family suddenly sparked inside me. That's when the other room mates began witnessing the other side of mine. 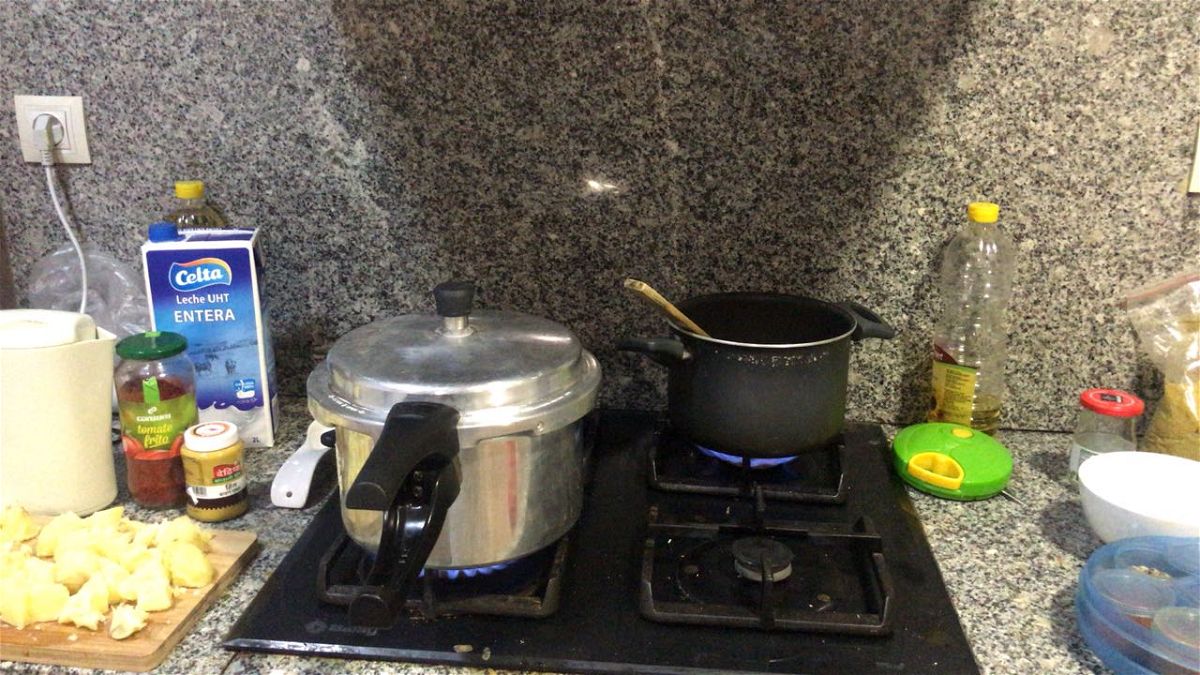 Our kitchen from where we got our daily nutrition!

We used to help each other in every single thing. From washing each other’s utensils to helping each other in preparation and motivating each other to achieve our goals. I noticed this whenever our friends are doing better than us then we usually feel some sort of jealousy but it wasn’t the same here. We were happy. Also we had this thing when all of us win/draw, we would treat ourselves with pizza party! It was so much fun. We bonded with each other excellently. One day you would find us indulging in a pillow fight, on the next we were playing cards, we would be making coffee for each other and the best thing was to eat ice-cream from the same container! The food was simple, but you usually enjoy eating what you have cooked on your own!

I would like to share one experience. I had a fight with one of the boys (don’t wish to disclose his name) we had a small fight and told I would not talk to him until the end of the trip. He suddenly started crying. He cried for 2 hours and I didn’t know about it. When Ankit asked him why he was crying, he said, "Please tell Kavisha didi to talk to me. She’s like my elder sister and I don’t miss my family because of her." That was the best feeling ever - knowing that people love you with all the flaws you have. 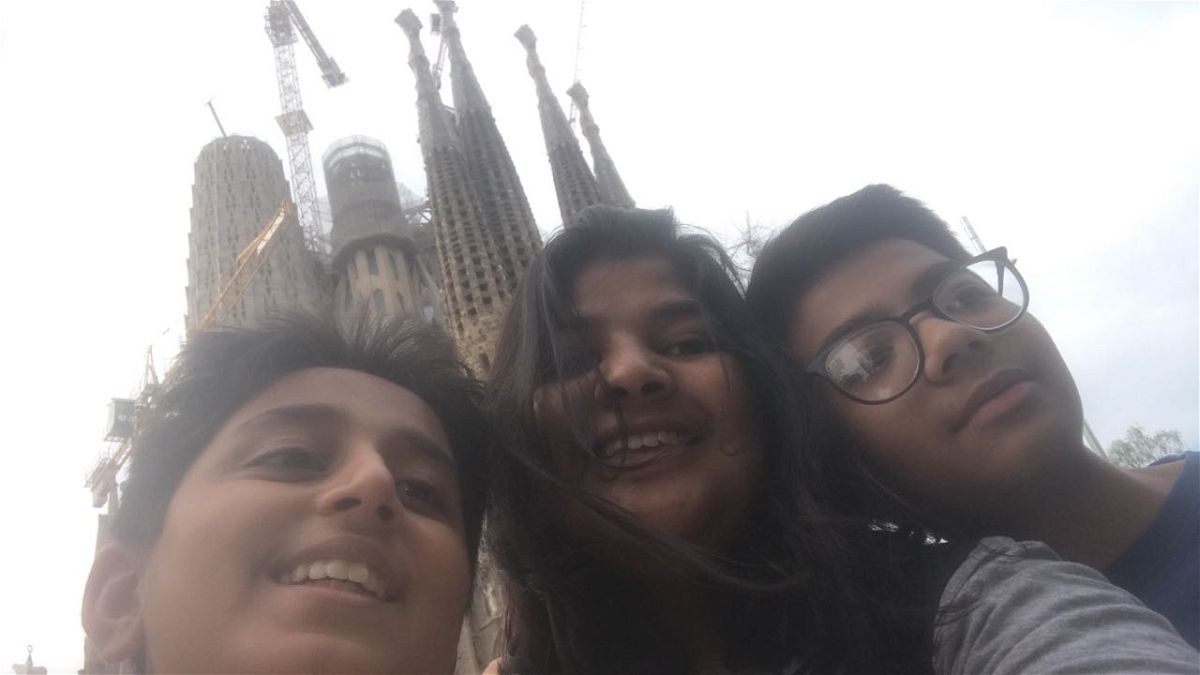 With my Familia in front of the Sagrada Familia!

I have many friends who play outside India and aren’t able to perform well because they feel so alone. We were alone (without parents) but we were a big family and that’s the reason that all of us performed well. I would strongly recommend to all of the chess players to go for this experience not to just improve their game or gain rating points but to explore their own self and to come out of their comfort zone and to do the things which they have never done before. Face their own fears and after succeeding to say to themselves "Oh My God! Why I feared this stupid thing?" When you explore yourself you automatically explore yourself as a player. So, I became more patient than I was before and that automatically reflected in my game. 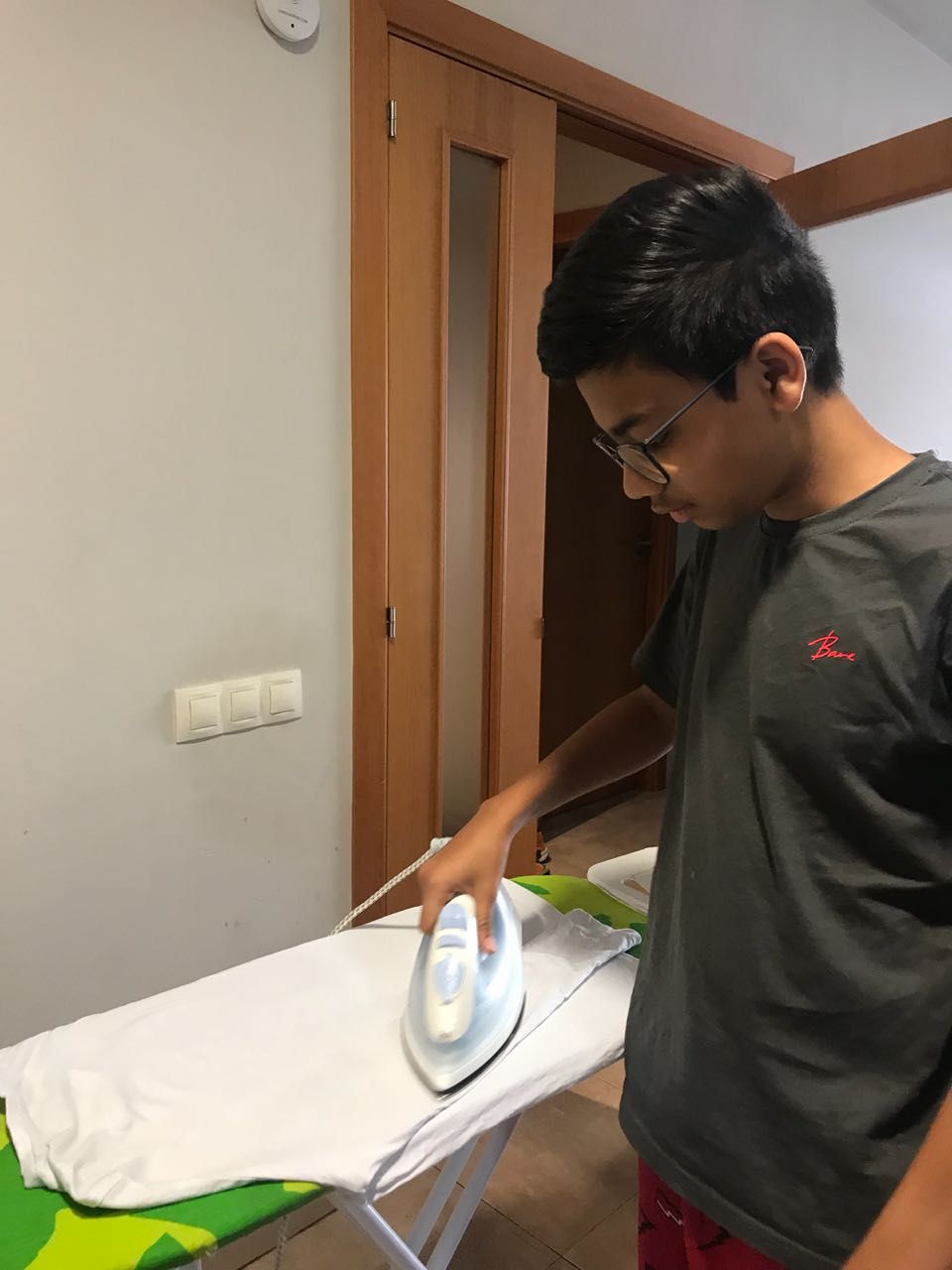 When was the last time you ironed your clothes?!

As you travel alone you start to become responsible. It’s inevitable that you will discover that how capable you are. There would a lot of things on my plate but in the end I grew through the experience that I went through. 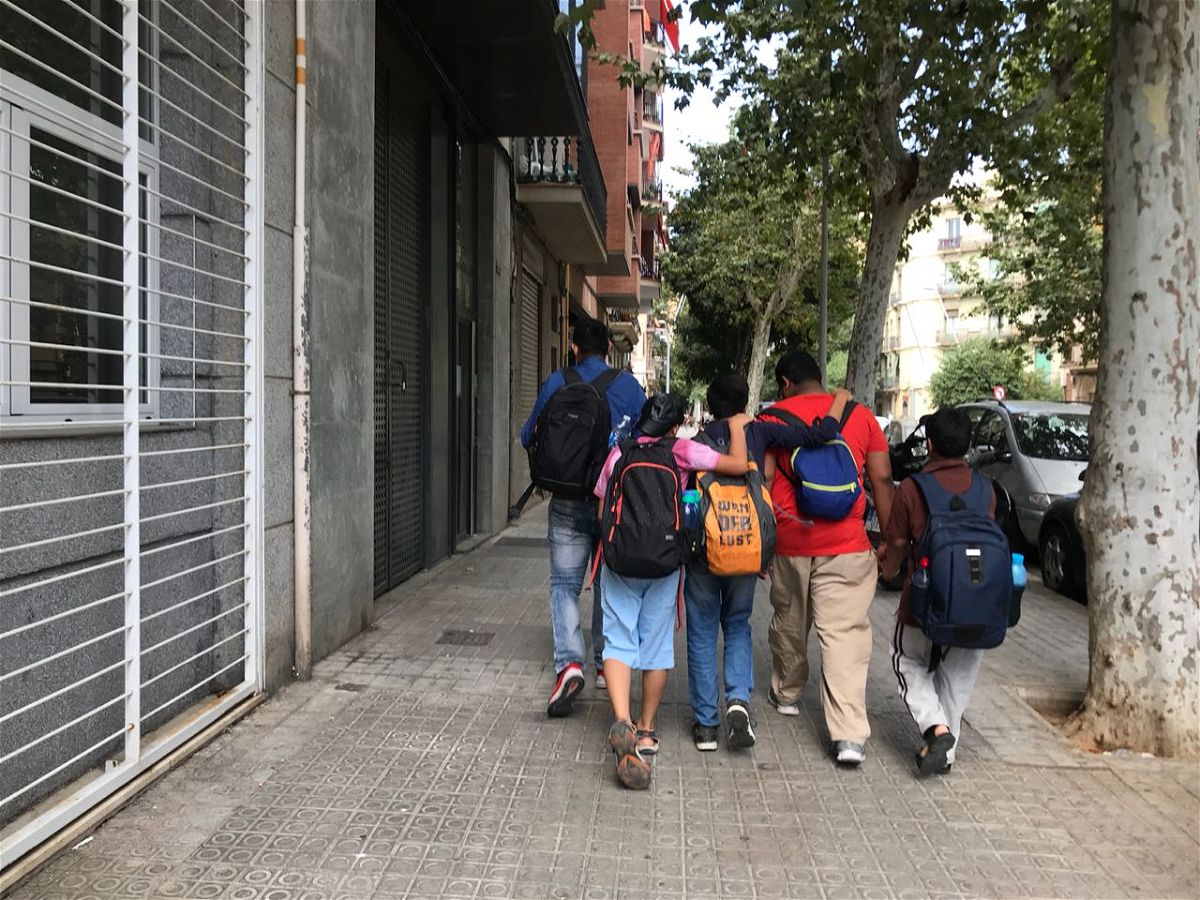 We were a team! 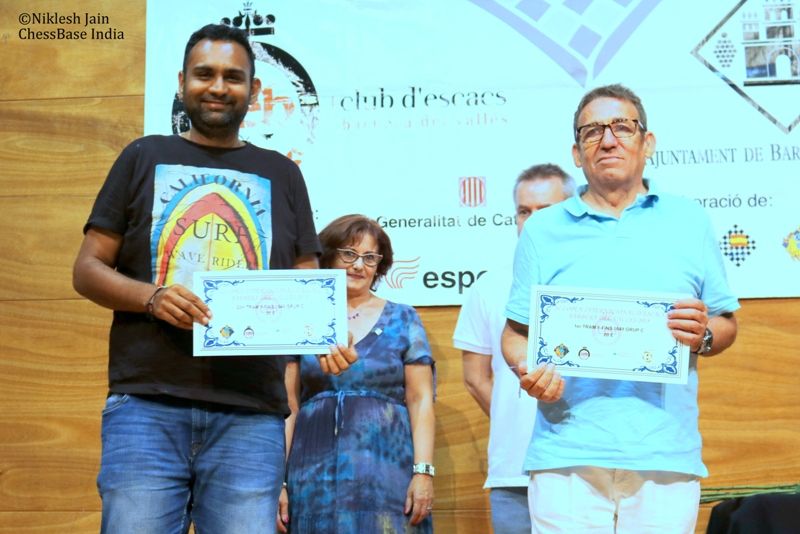 Ankit Dalal, the head of ChessBase India Power, was the tour manager of the trip. His experience of this trip will be shared in the next article.

Performance of people who travelled with the ChessBase India Power Tour to the Catalan circuit:

We are proud of the fact that a total of 4359 Elo points were gained. None of the players actually lost any rating points! In its true sense we have powered Indian chess! But more about this in the next article!

What is ChessBase India Power?

ChessBase India Power has been launched with the sole ambition of easing the life of a chess player in a way that he doesn't have to worry about his travel logistics.

The services we offer:

Why should you choose ChessBase India Power?

2. No convenience Charges which are charged by other Internet Portals

3. Special Return Airfares in Domestic sectors as per schemes available

5. We suggest hotels near to the accommodation and which are safe and secured for women and where other chess Players are staying.

8. Travel Insurance that you can be rest assured about your valuables, health and flight delays.

9. Special suggestions for upcoming players who want to play abroad and would like to target more tournaments together.

How to reach us? 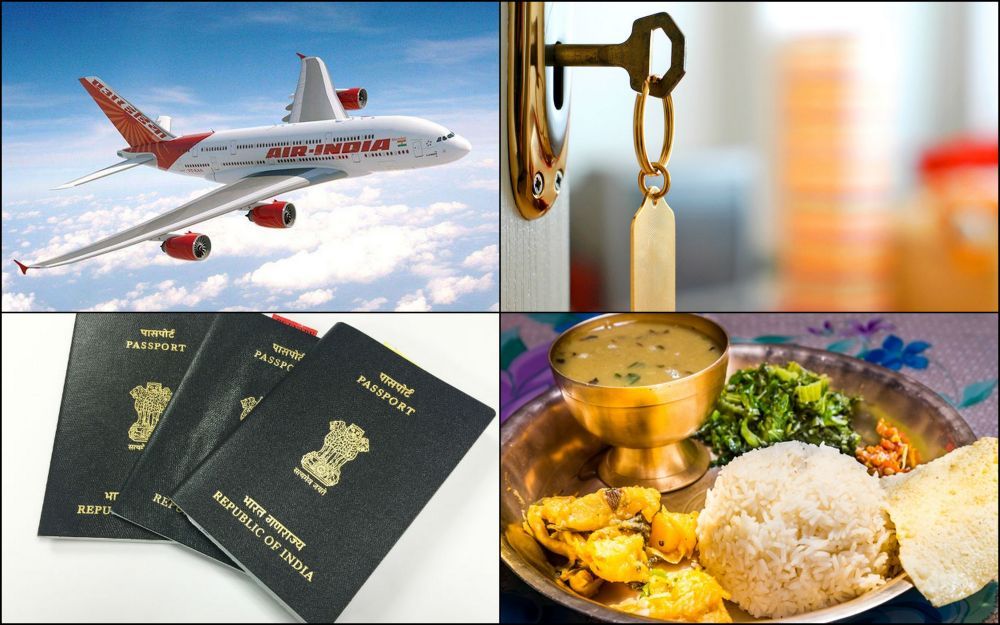 Travel, hotel, visa, food, or any logistic related arrangements - you can bank on us!

Get special visa consultation for free if you book your travel and hotel through us.