GM Marius Manolache of Romania scored 6.0/7 along with GM Jianu Vlad-Cristian and IM Anton Teodor. All three of them remained unbeaten. However due to a better tie-break score, Marius clinched the championship, Jianu and Anton had to settle for second and third position respectively. Champion Marius received 3300 Romanian Lei, a shining new trophy and a certificate. Total 109 players participated from Romania and Moldova including 3 GMs and 6 IMs. The four-day seven-round tournament was organized by CS Juvenes. Photo: CS Juvenes

Second seeded GM Marius Manolache (2548) of Romania scored an unbeaten 6.0/7 to win Targo Mures Open International as he had a better tie-break score than the runner-up GM Jianu Vlad-Cristian (2529) and IM Anton Teodor (2445) 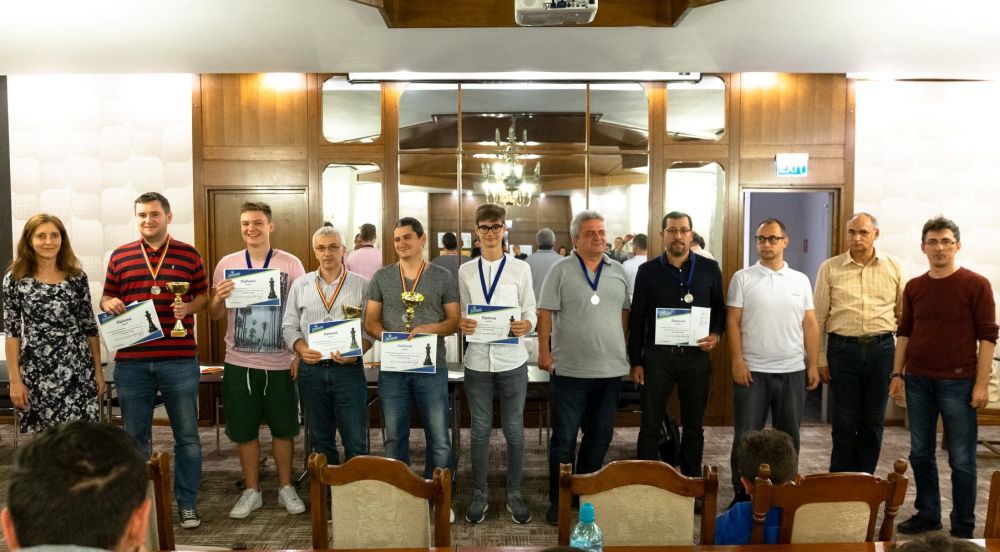 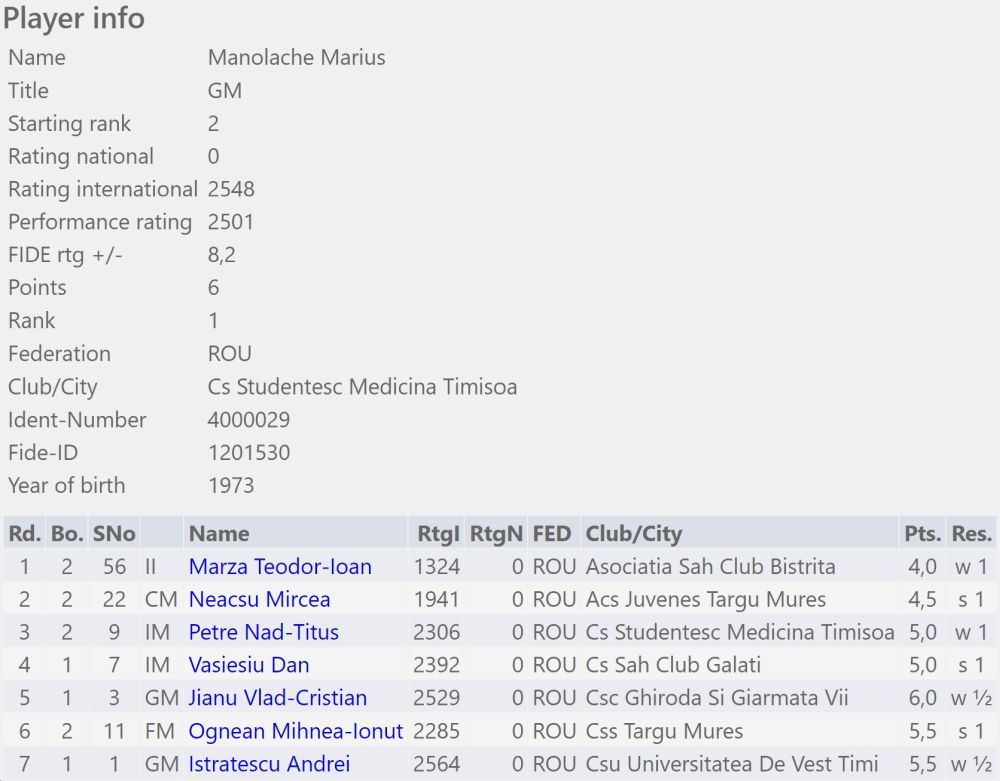 Marius' best win of the tournament was against Mihnea-Ionut Ognean where he had to play a long Rook-Bishop ending. Despite being ahead by two pawns, it was by no means an easy win as they were doubled. 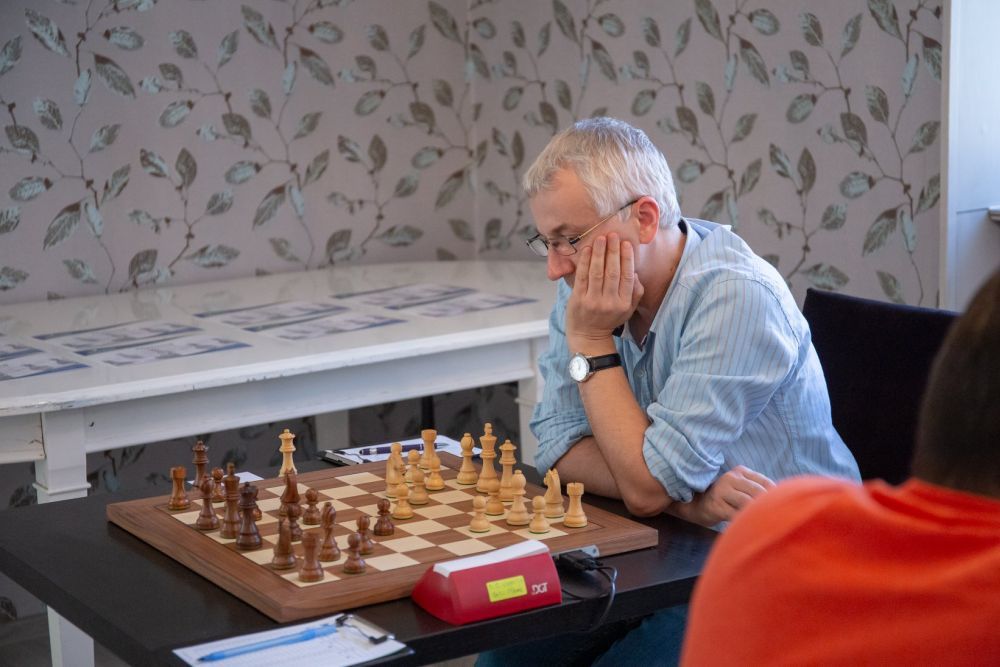 Champion Marius in action in the final round | Photo: CS Juvenes 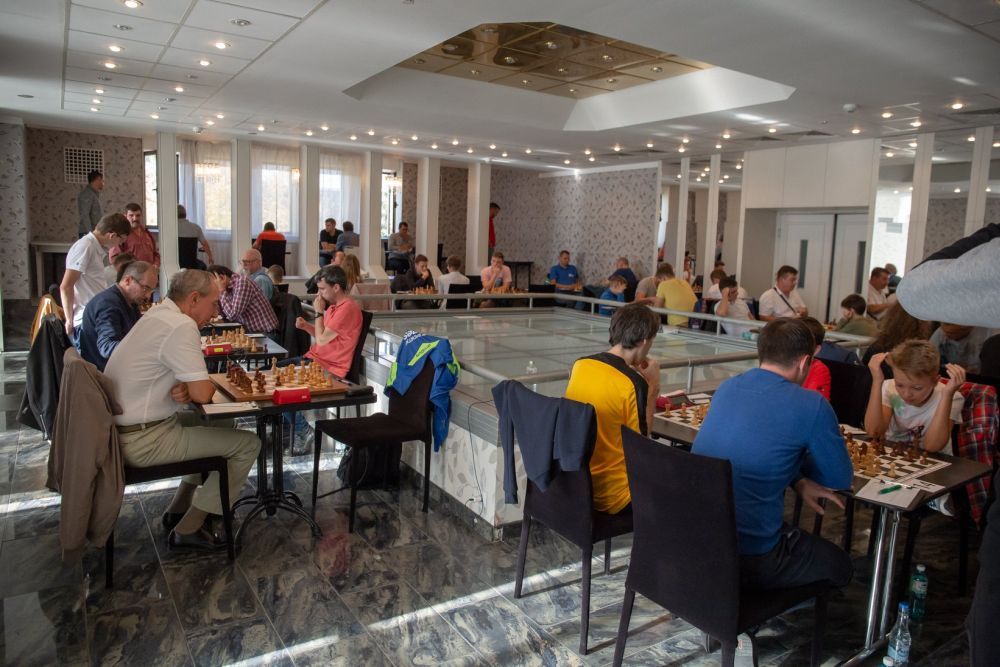 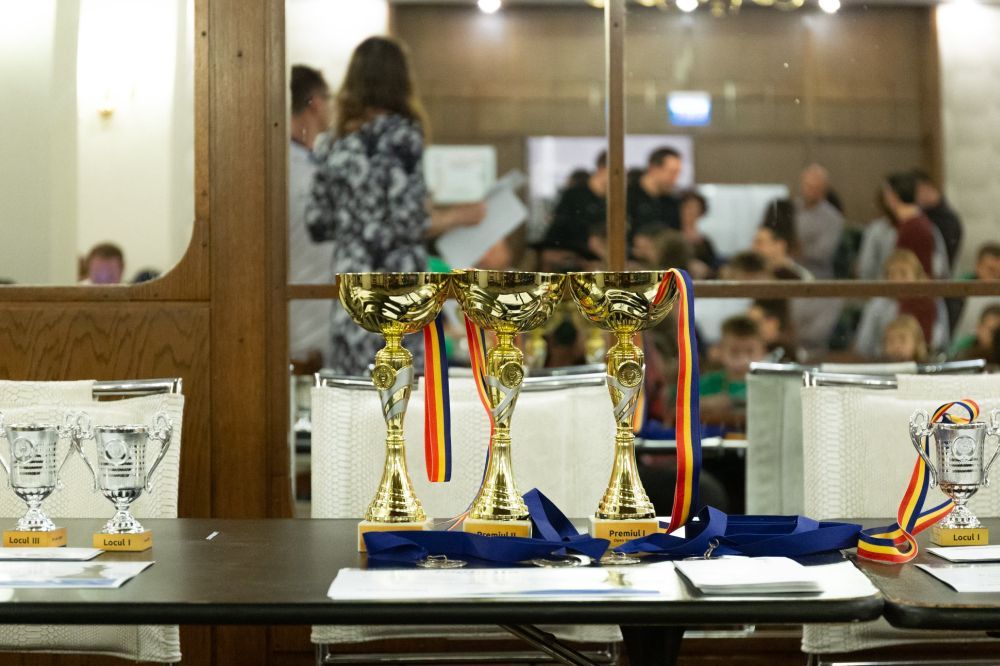 The tournament witnessed the total participation of 109 players from Romania and Moldova, including 3 GMs and 6 IMs. It was organized by CS Juvenes in association with Targu Mures City Hall.