Can Arjun make it four in-a-row?

Arjun Erigaisi has won three individual tournaments and four tournaments in total in the year 2022. Can he win his fourth consecutive individual triumph? It will be known on 3rd April. The winner of each leg will qualify to the MPL Indian Chess Tour finals and Meltwater Champions Chess Tour. The remaining four will be decided based on their scores in the Tour. 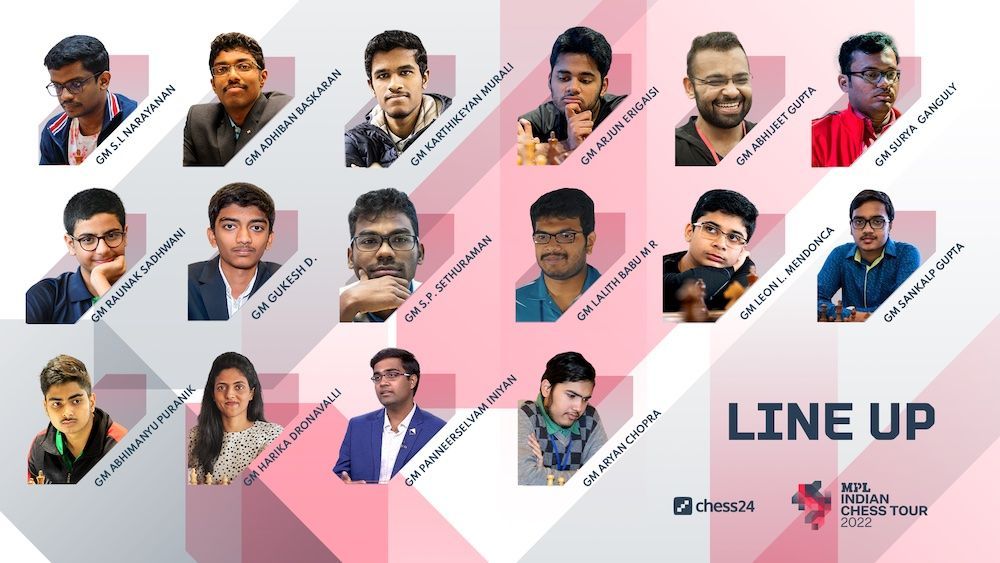 Each of the four legs follows exactly the same format as the Preliminary stages of the Meltwater Champions Chess Tour.

• 16 players play each other once at rapid chess over 4 days 15 minutes per player, with a 10-second increment after each move 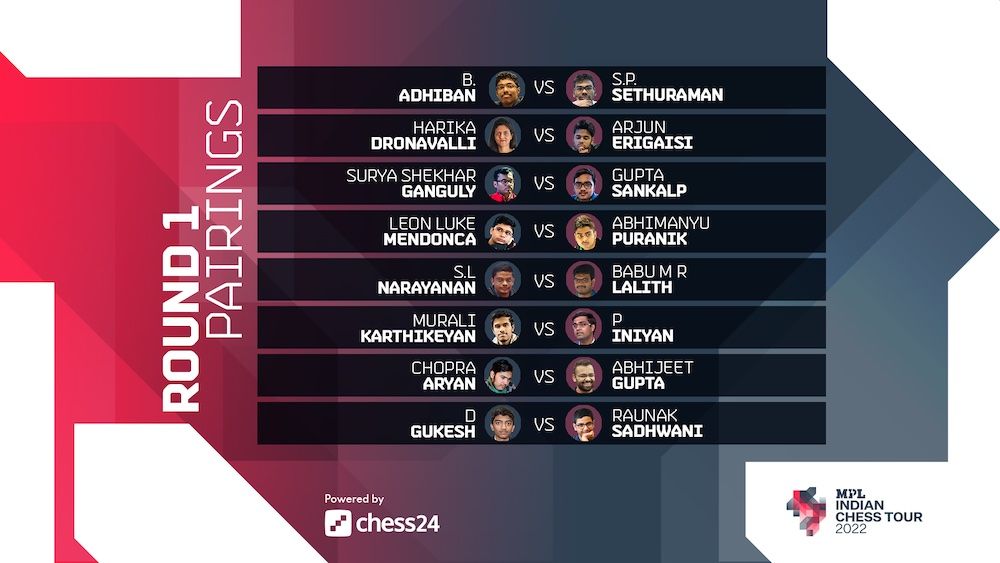 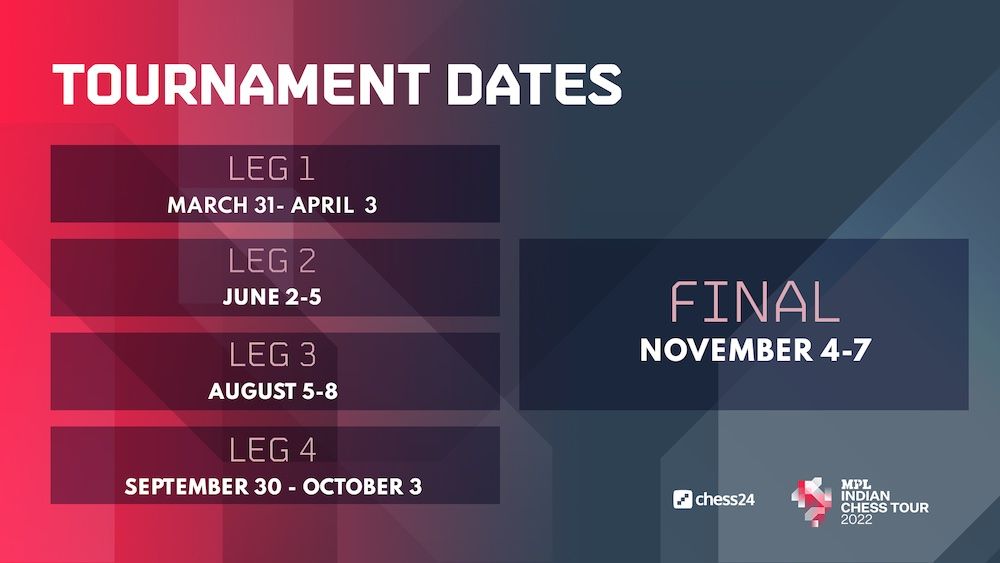 Each leg and the Final will take place in a span of four days | Photo: chess24

Namratha Swamy, MPL’s Country Head - India, said: "We are excited to partner with the Play Magnus Group and launch the first regional version of the prestigious Meltwater Champions Chess Tour in India. At MPL, we have been consistently focusing on popularizing Chess and supporting the talent across the country through many initiatives. India is the first country to see expansion of such a world-class tournament and this goes on to prove that Indians’ interest in Chess has increased significantly during the past few years. This Chess Tour will provide a great opportunity for India’s Chess players to compete at a global level."

What the players are tweeting: