9-year-old Ayaan Garg (CHA) stunned one of the tournament favorites Mrinmoy Rajkhowa (ASM) in Round 2 of MPL 34th National Under-12 Open Chess Championship 2022. When Mrinmoy was unable to find a complex long line to seize his advantage, a retreat cost him the upper hand and the balance completely shifted towards the kid from Chandigarh. He converted his advantage without giving any chance to his opponent. In the Girls event, Daksha Rudra (WB) defeated second-seeded Arshiya Das (TRI) in the first round. The rating favorite blundered in the opposite color bishop endgame. Round 3 starts today at 10:00 a.m. IST today. Photo: Saishyam Srikanth

No easy start for the top seeds

Among the top seeds, third-seeded Shreya G Hipparagi (KAR) had an interesting major piece endgame which seemed like could have gone either player's way. However, a final mistake by Anaishaa Pinkesh Nahar (MAH) allowed Shreya to escape with a draw by perpetual check.

9-year-old Ayaan Garg (CHA, 1220) got into trouble in the middlegame against the third seeded Mrinmoy Rajkhowa (ASM, 1705). 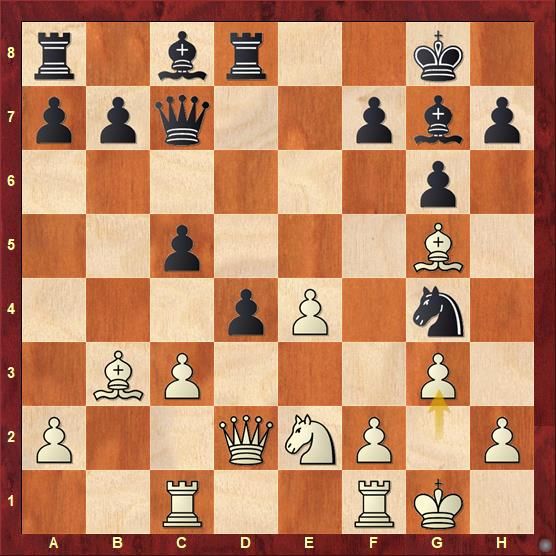 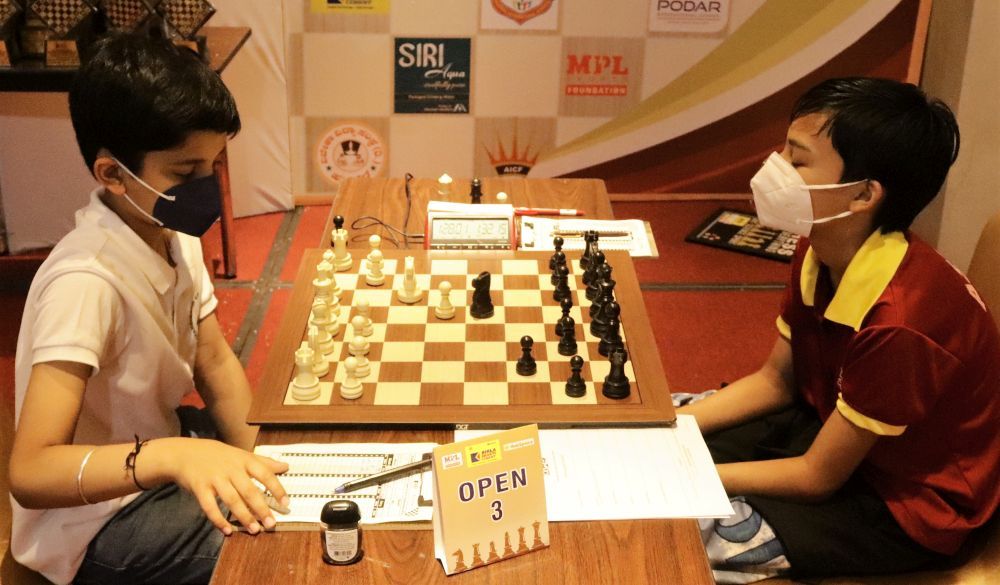 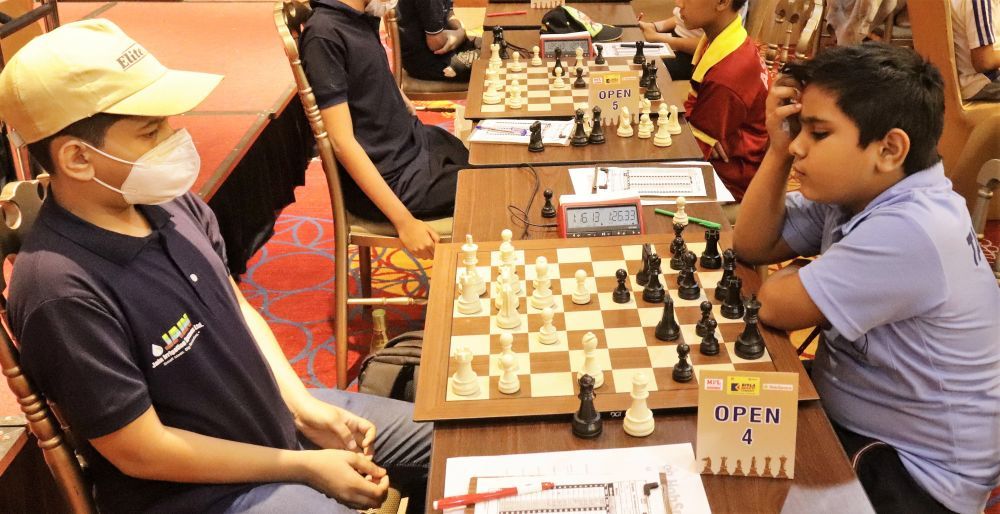 Theoretically, a Rook vs Rook and Bishop endgame is a draw. Of course the defendant must play correctly to save the game by surviving 50 moves. If the defender has a pawn, does that change the equation? 9-year-old Satyaki G Gokul (KER, 1207) had a tall task to defend against 10-year-old Tanmay Rajbongshi (ASM, 1684). 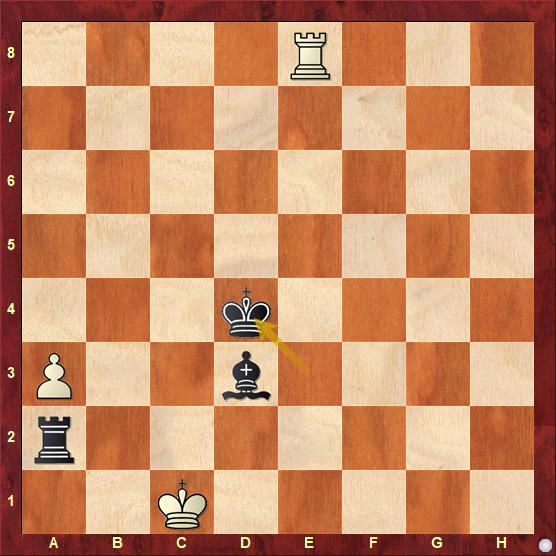 71.Rc8 was played and it was over for White after Bc4. Find out what White could have done instead to continue the fight. 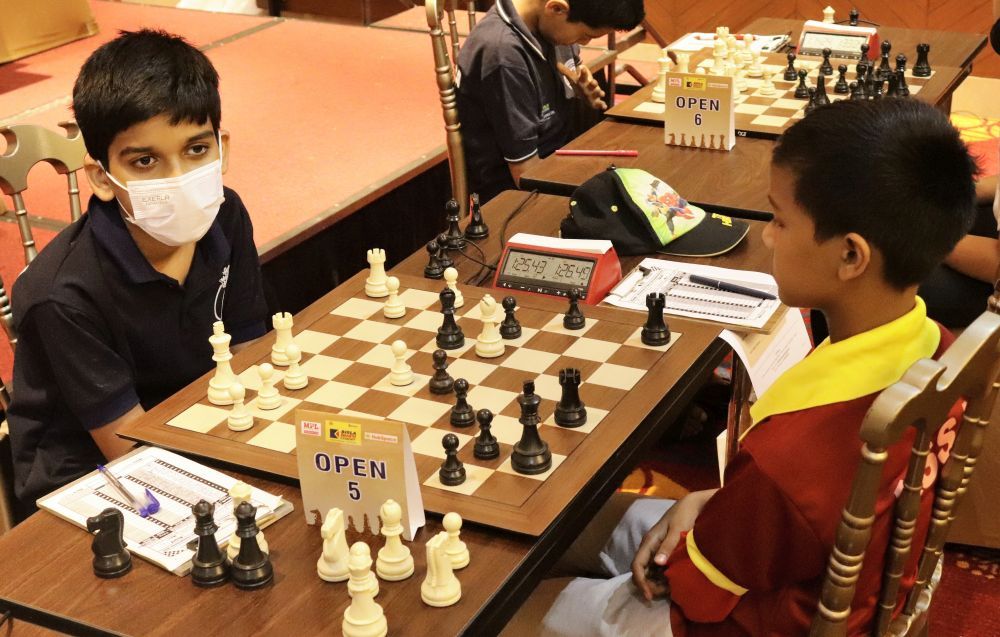 Second seeded Arshiya Das (TRI, 1569) gained an exchange on move no.17. She returned it to her opponent Daksha Rudraw (WB, 1028) in the next three moves. After a lot of back and forth play, the minor piece endgame liquidated into an opposite color bishop endgame. 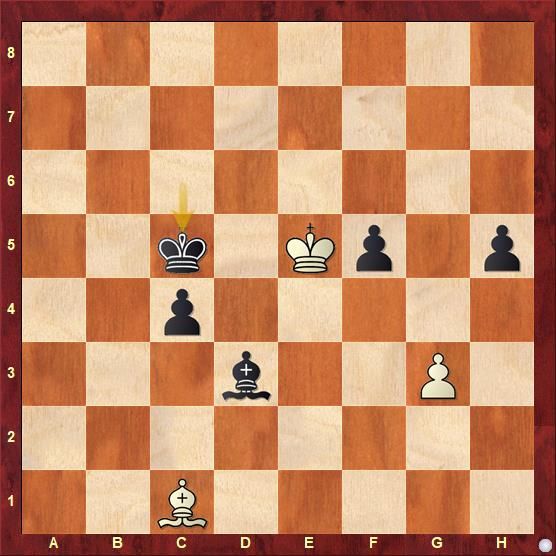 63.Bd2 would have been a good try for White to prevent the black king from advancing further. 63.Kf4 made things easier for Black 63...Kd4 and she won the game eventually. 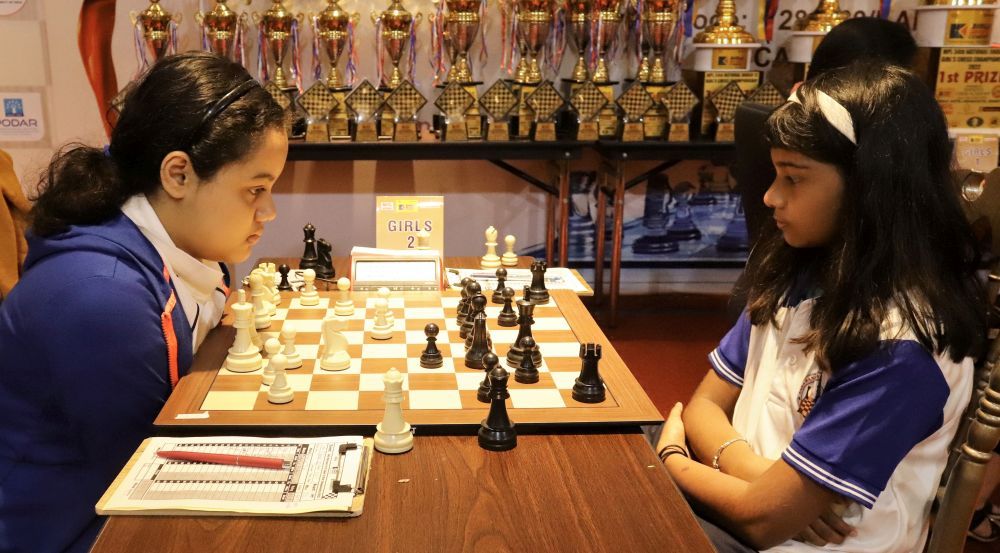 Third seeded Shreya G Hipparagi (MAH, 1552) got herself a decisive advantage in the major piece endgame against her statemate Anaishaa Pinkesh Nahar (MAH, 1137).

Black is making some deadly threats at g2 in the above position. How should White respond? White blundered 43.g3 which gave Black a completely winning position. She missed a perpetual check which allowed Shreya to escape with a draw. 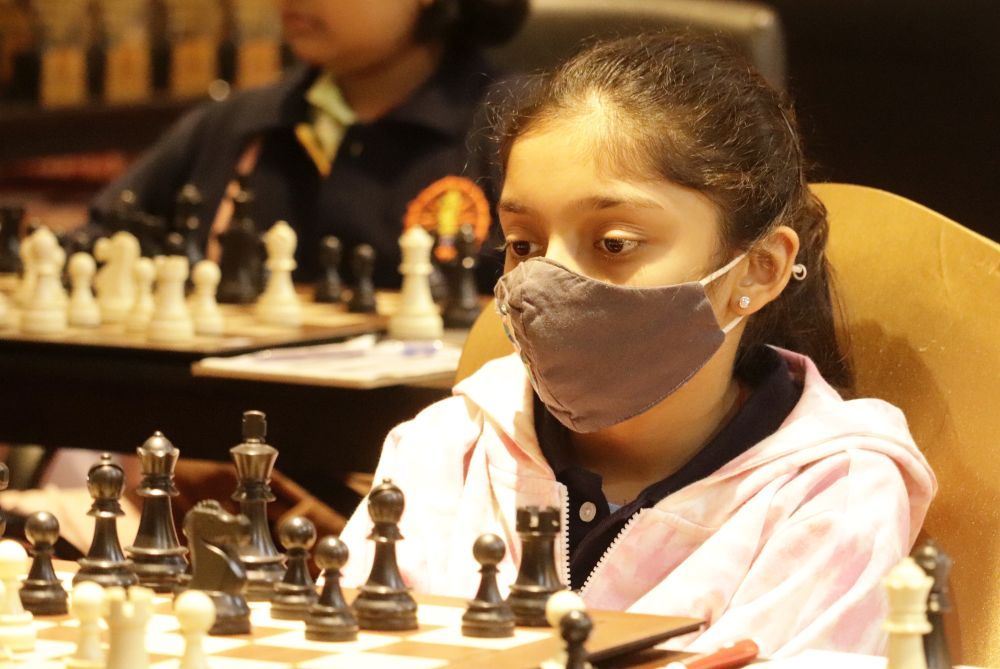 Anaishaa Pinkesh Nahar (MAH) was on the verge of victory in the final moments of an exciting major piece endgame | Photo: Saishyam Srikanth

Inaugural first move is being made | Photo: Saishyam Srikanth 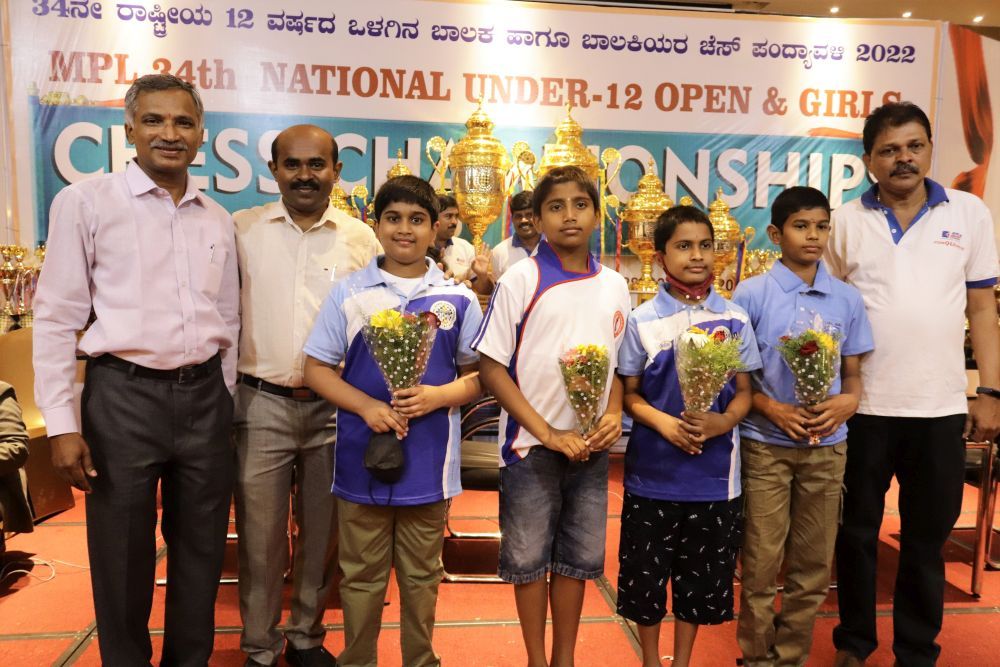 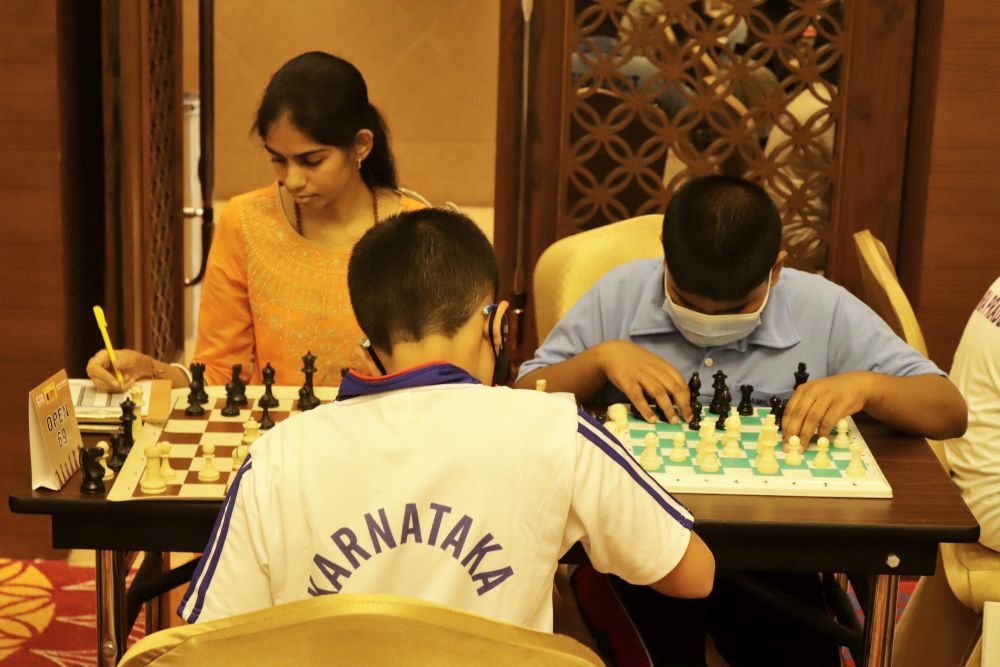 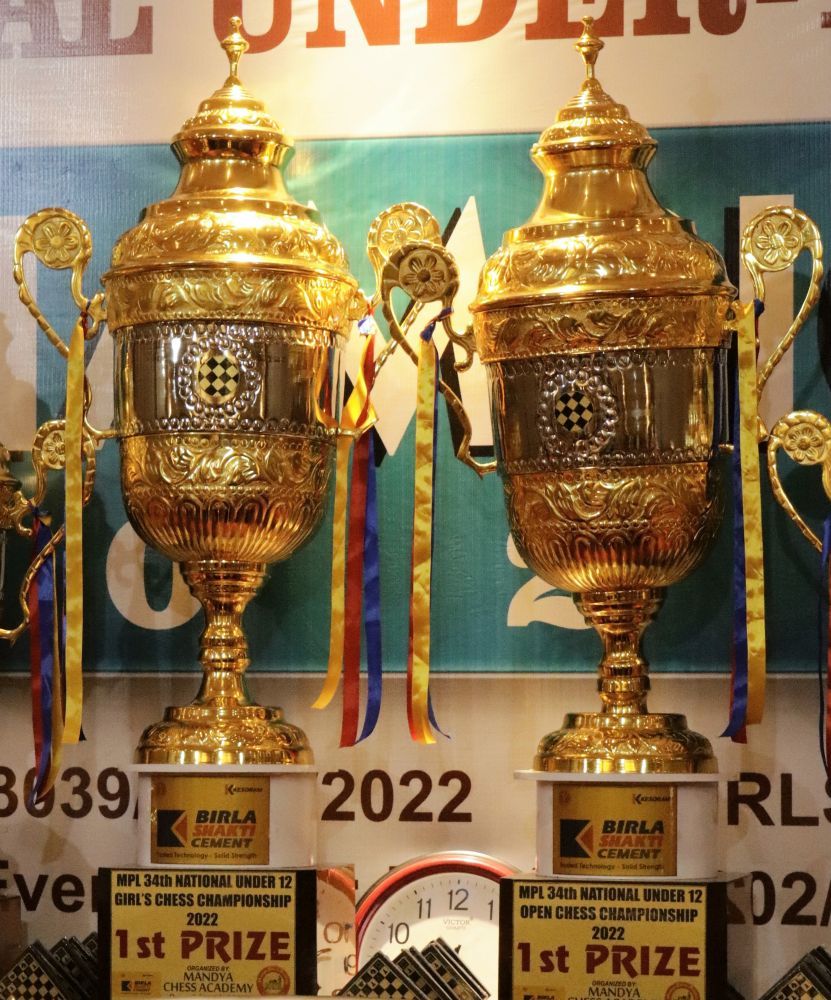 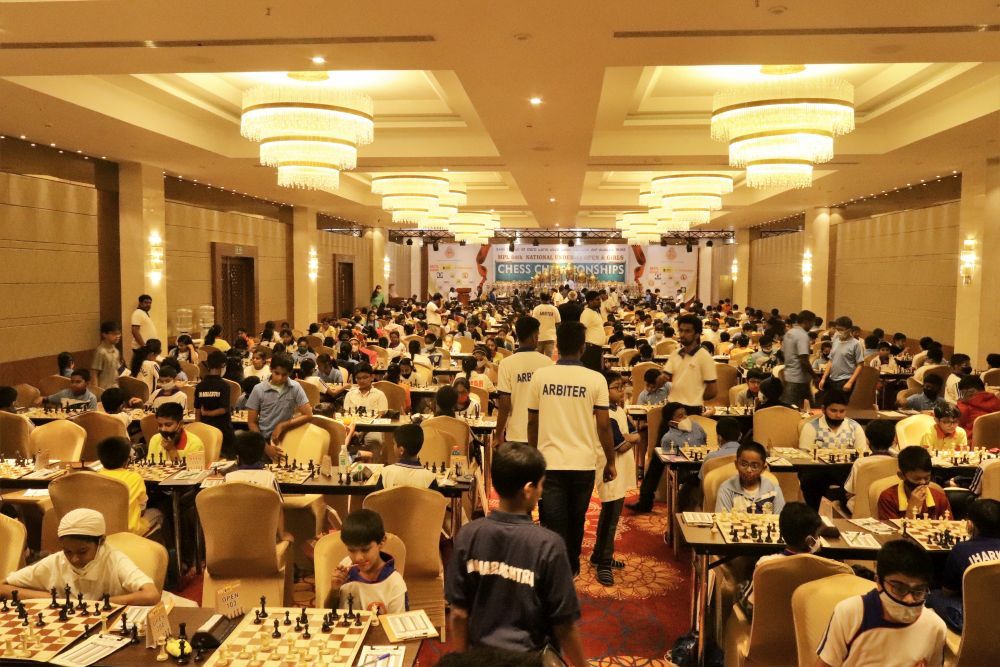