Grandmaster Chess is a series hosted by IM Sagar Shah on the ChessBase India YouTube channel. The idea of the series is to give you a peek into the mind of a world class grandmaster. Every episode has a GM who shows his immortal game with 10 critical questions. Four famous stand-up comedians of India - Samay Raina, Biswa Kalyan Rath, Vaibhav Sethia and Anirban Dasgupta are the participants. It's a synthesis of great chess education by the GM along with a liveliness of the comedians! The first episode had GM Vidit Gujrathi who showed his immortal win against GM Vladimir Kramnik. We have all the 10 critical moments for you to solve! Try your hand and see how you fare!

After 100 episodes of "improving chess with the comedians" it was time to take their game to the next level. That is how the idea of Grandmaster Chess was conceived. The plan was to invite a grandmaster, who would show his favourite game that he had played till date - the immortal, as we like to call it. Each game would have 10 critical moments and the stand-up comedians would guess the right move. If it was a good move, the grandmaster trainer would grant them 1 point, if it was not the best, but the move made sense then half a point was given. And if the move was bad, then a zero was awarded. Every episode would have a winner and at the end of the entire series we have a special prize for the overall winner. How many episodes are there in Grandmaster Chess? We will figure that out as time goes by, but 50 is what we would love to reach!

The four stand-up comedians on the show, who are the students, are Samay Raina, Biswa Kalyan Rath, Vaibhav Sethia and Anirban Dasgupta. Each one of them loves chess and desperately wants to get better at it. This is what makes the show fun! It's not just they are lively and entertaining, they are also inquisitive and truly want to pump up their rating. Although none of them is FIDE rated yet, all of them have an online Elo that is between 1200-1600.

The first episode of Grandmaster Chess began with India no.3, world no.24 and one of India's top chess streamers GM Vidit Gujrathi. The entire show is 1 hour 57 minutes long. 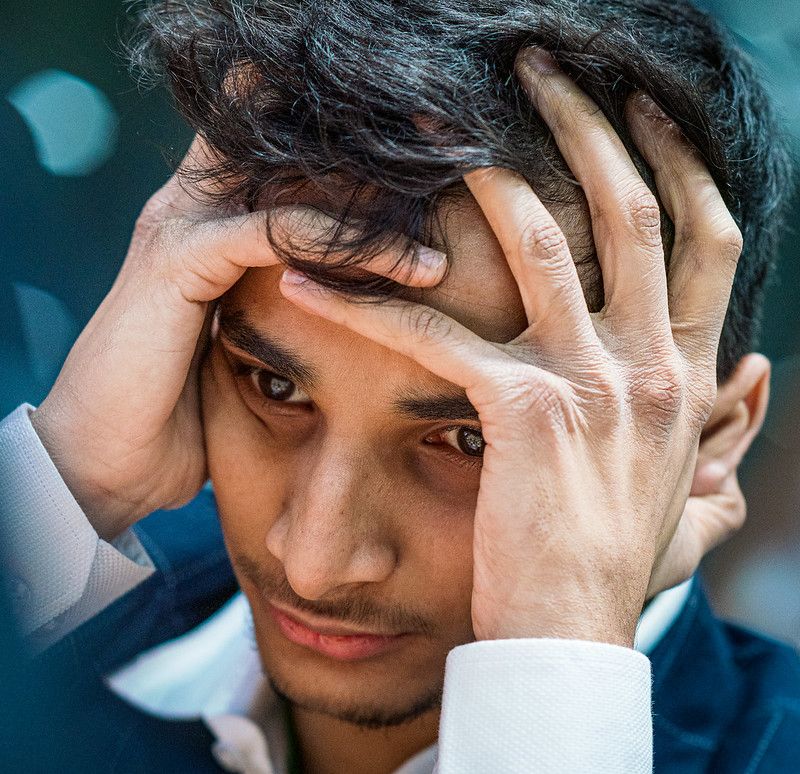 Vidit Gujrathi (born 24 October 1994) is an Indian chess player. He attained the title of Grandmaster in January 2013, becoming the thirtieth player from India to do so. He is currently the third highest rated player in India, and is the fourth Indian player to have crossed the Elo rating threshold of 2700, the youngest ever in India to do so. 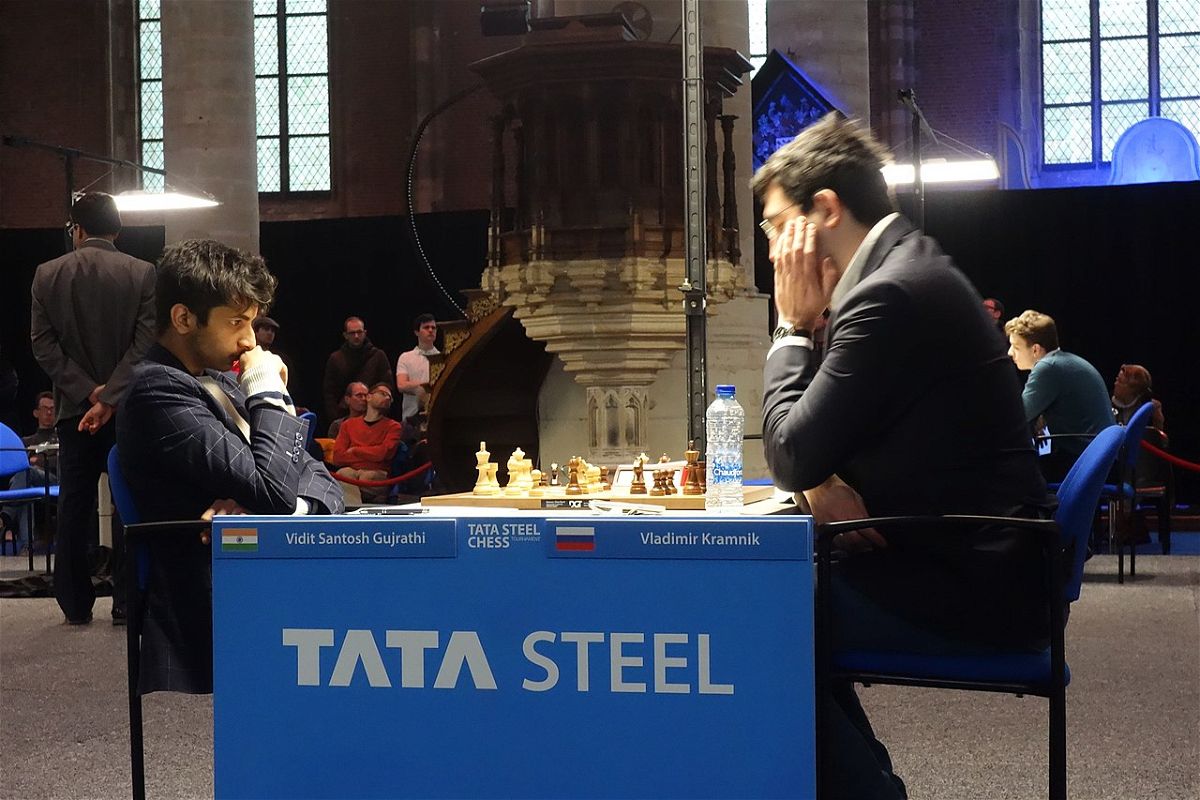 Vidit chose his win against Vladimir Kramnik from the Wijk Aan Zee tournament in 2019 as his favourite game!

The game was a very intense one. Vidit had lost his previous round to Teimour Radjabov, so he was definitely looking to strike back. On the other hand Vladimir Kramnik retired after the tournament, so definitely thoughts of hanging up his boots would have been crossing his mind! Vidit began aggressively with the 4.f3 variation in the Nimzo Indian and went on to win the game against a legendary chess player. This does remain as one of the most pleasant memories in Vidit's chess career till date.

Instructions on how to gain maximum from these tests:

There arer 10 board positions along with 10 questions given below. We urge you to think on your own and write down the move that you think is the right one. Go chronologically from the first position so that you can benefit maximally from this exercise. Below each position we have given the move suggested by each comedian and also the points awarded to them. In this Grandmaster Chess Episode 1 we had only two comedians who were present - Biswa and Vaibhav. 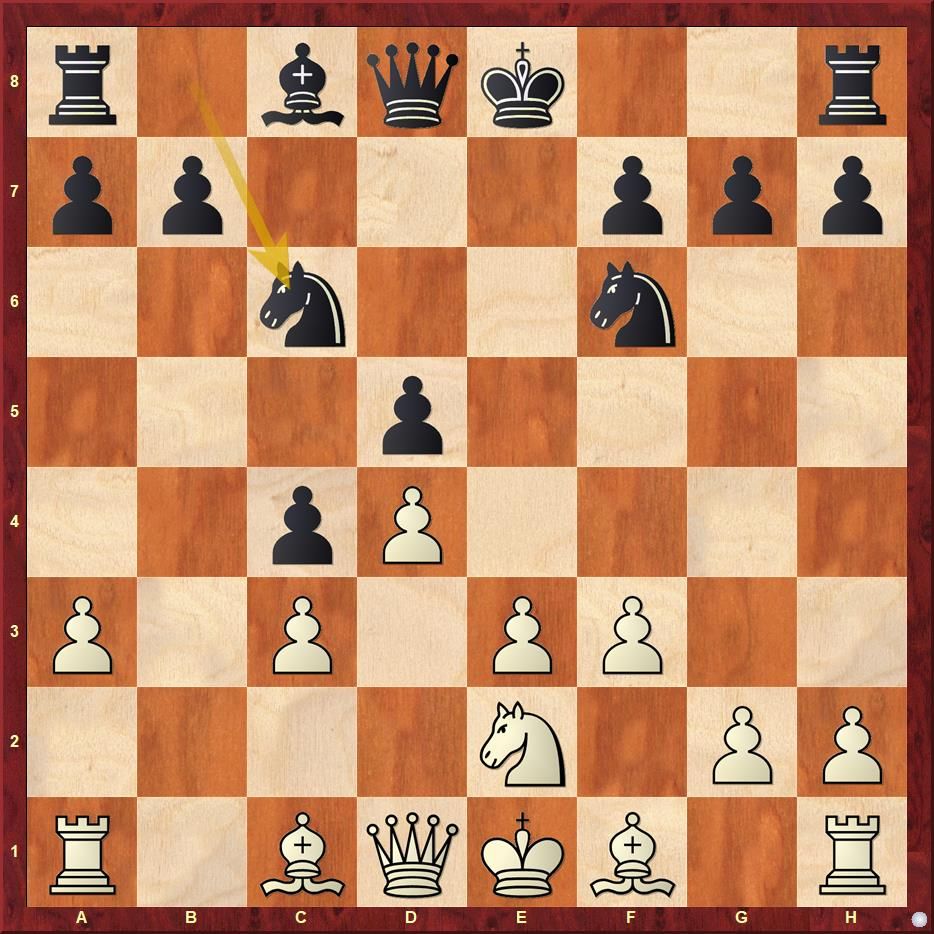 What is the move that Vidit played in this position? 23:37

Right answer: The right move is g4! The idea is to mobilize your kingside majority, gain space and also make a spot for the bishop to develop on g2 and castle. It just fits in perfectly with the entire plan of White's position. 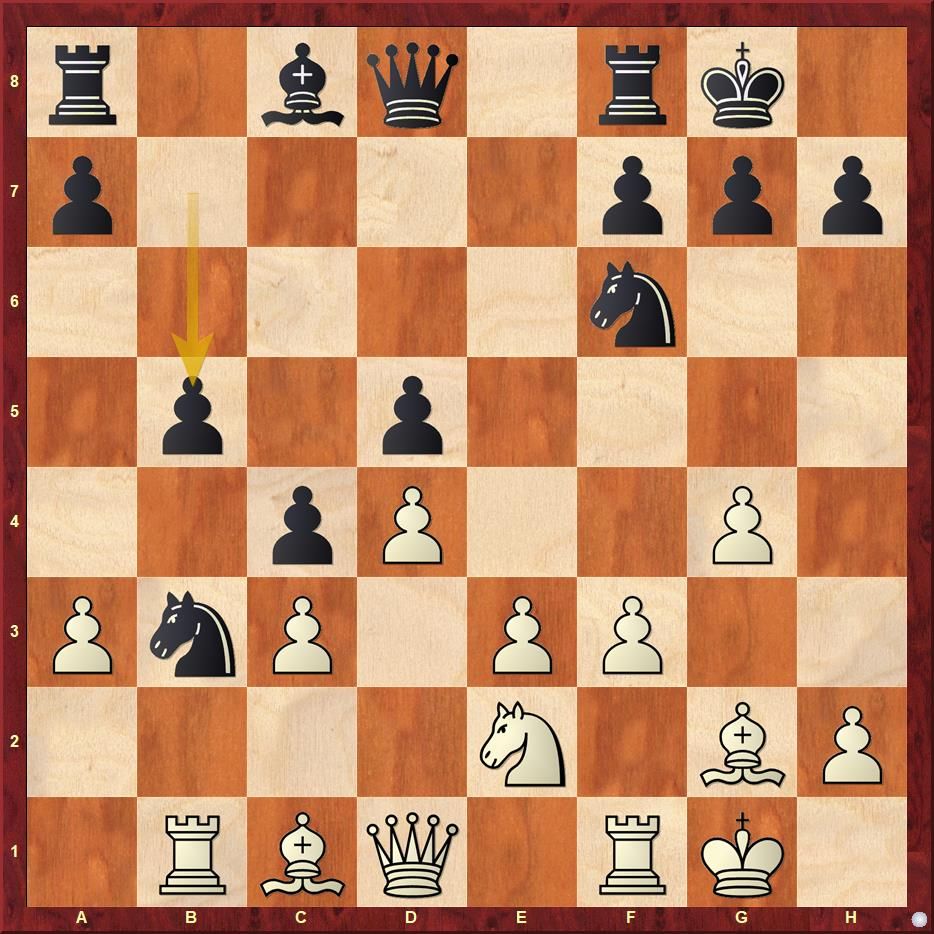 Black has already begun with his queenside play. How should White continue? 33:59

Right answer: The right move is e4! The idea is to sacrifice material in order to gain activity. The move e4 opens up the bishop on c1 and also creates mobile central pawns!

Position 3 (variation in the game) 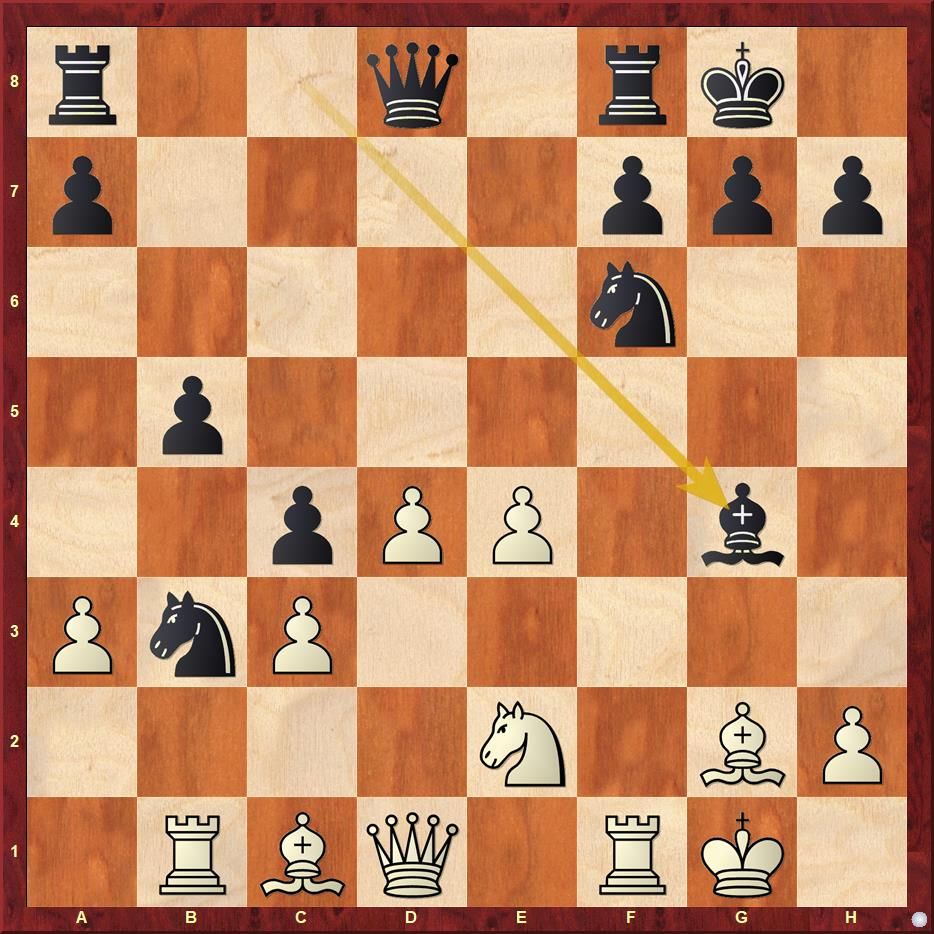 Black has gone ahead and captured the pawn on g4. What did Vidit have in his mind? 42:18

Right answer: Bg5! was the correct move. The fact that Black did not take the bishop on c1 with ...Nxc1 means that we can use the time to pin his knight with Bg5. A critical moment of the game. One move suggests itself here for White, but as we know Vidit is a master in stopping his opponent's ideas. White to play. 48:20

Right answer: h3! The reasoning behind this move is that White would like to play e5, but it is met with ...Nh5. So Vidit kicks away this bishop and prepares the move e5. 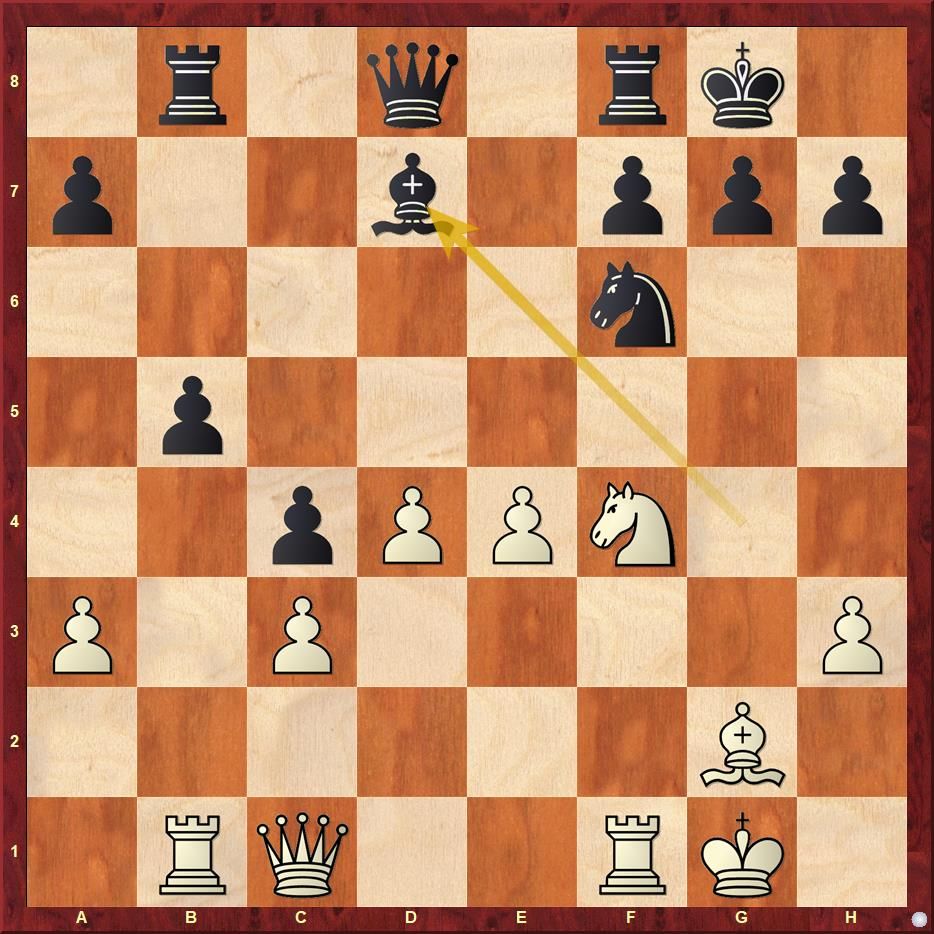 Right answer: The move is e5, kicking away the knight and gaining more space! After h3 on the previous move, this was very natural. 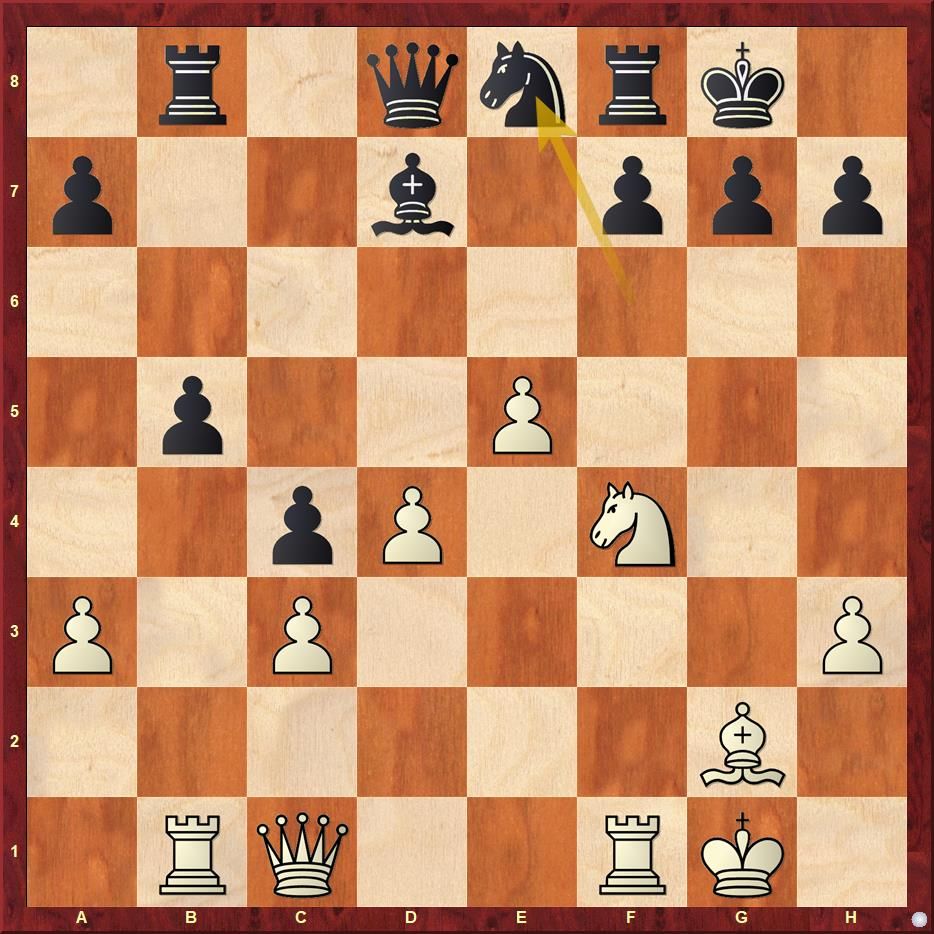 The knight is pushed back to e8. With such a dominating position, players often go wrong because they do not know how to continue their initiative. How should White continue here? 58:32

Right answer: Qe3! White's position is good, but not good enough to cash in. It would be greatly useful if you connect all your pieces and get them into the game before going for the final onslaught. Harmony is the word. 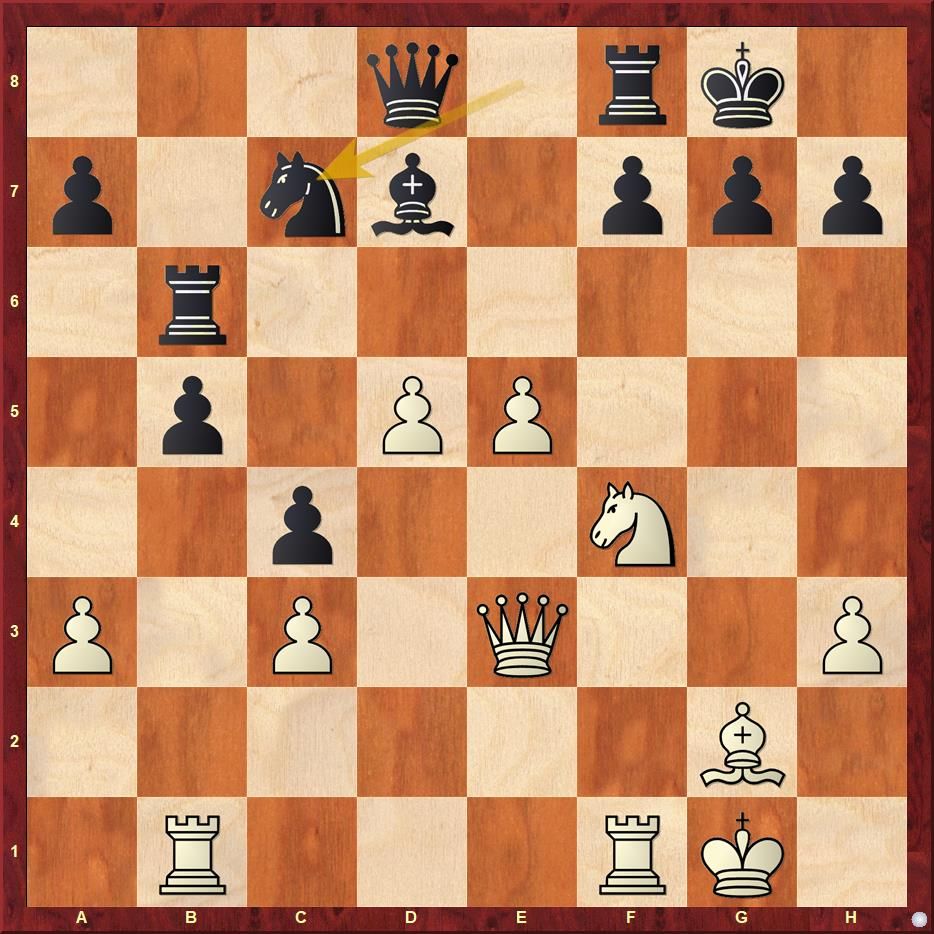 Biswa: e6 - 0 point (gets half point for subsequent calculation)

Right answer: d6! Vidit was inspired by the game Kasparov vs Pribyl (game attached below) where Kasparov plays the move d7 to cut Black's position into two. Here with d6, Vidit would like to alienate the rook on b6 and never let him join in for the defence on the kingside. 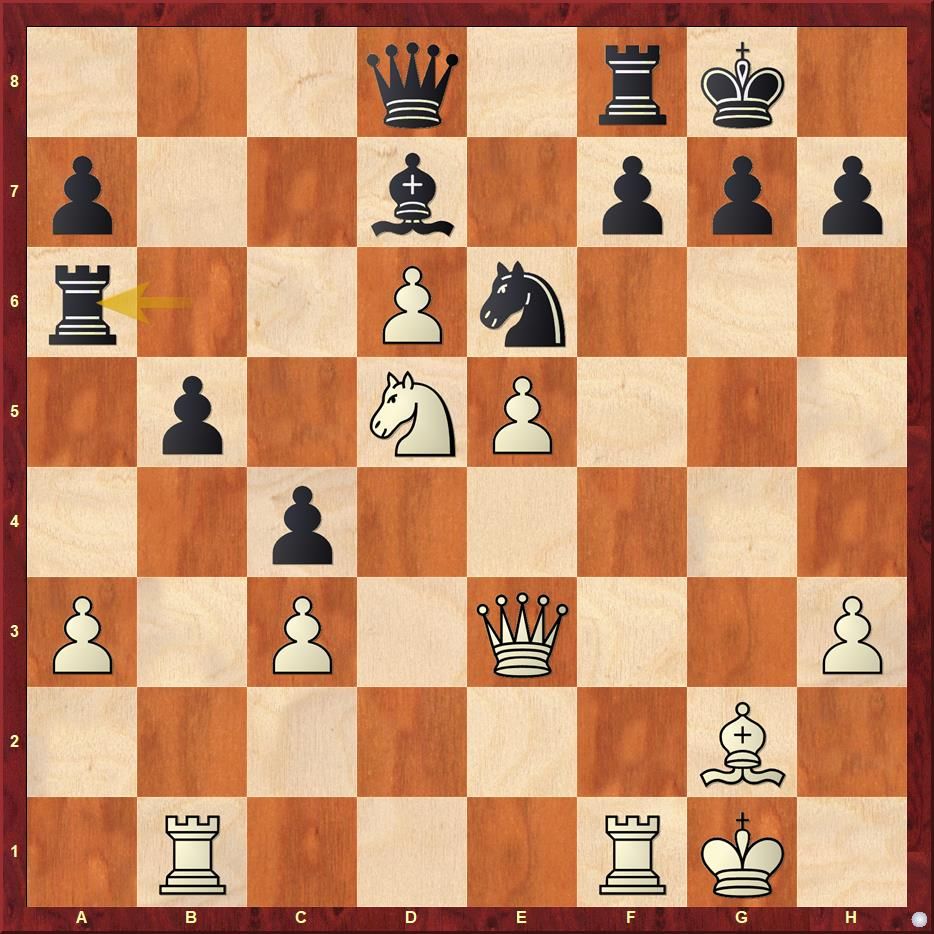 Perhaps the most critical moment of the game. Hint: Turn your prophylactic thinking on! 1:21:34

Right answer: Rf5!! Black's only active counterplay is to put his queen on g5 to activate it. Rf5! stops the idea and also builds up on the idea of doubling the rooks on the f-file. 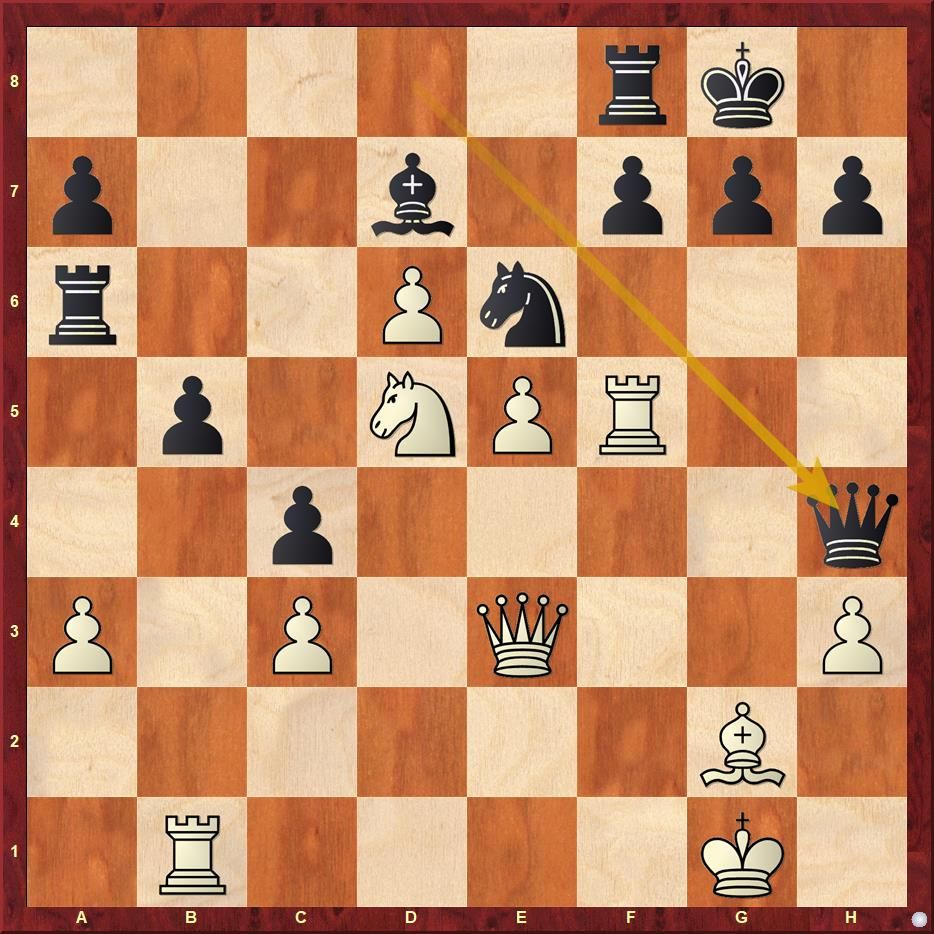 Right answer: Rbf1! is a great move, just bringing in your last inactive piece into the attack. Now we are all set for the final blow! Right answer: Ne7+ is correct because after Kh8, you can pick up the f7 pawn. 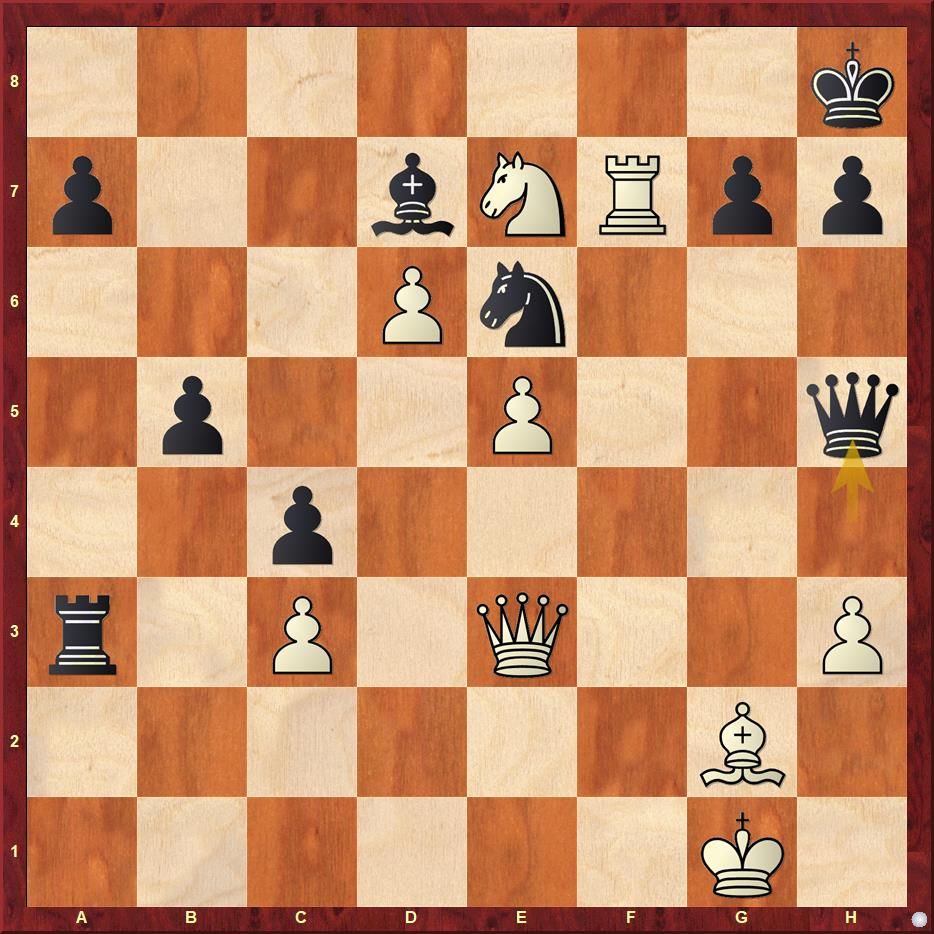 Right answer: There are many ways to win here, but Qf4 is the prettiest. It also has a point that after Ra1+ Kh2, it defends the e5 pawn. After Qf4! Kramnik resigned the game!

Let us know in the comments section below, how you enjoyed this game and how many points you scored!