IM Vaishali R defeated the reigning World Blitz Women 2021 champion, IM Bibisara Assaubayeva (KAZ). The Guiness World Record holder was trailing in both 5+1 and 3+1 segments. However, she almost managed to force tie-breaks until Vaishali won the crucial 1+1 game to win the Round of 16 match. The India no.3 has advanced to the Quarterfinals of FIDE Women's Speed Chess Championship 2022. She will face the winner of Nana Dzagnidze and Koneru Humpy in the next stage. The second Round of 16 match is between GM Harika Dronavalli and WGM Deysi Cori (PER) starts today at 7 p.m. IST. Photo: chess.com

Vaishali started her Round of 16 match with a loss. She bounced back well by winning the next three games and finished the 5+1 segment with a 3-5 lead. She dominated the 3+1 segment too, ending it with a 6.5-9.5 score. In the 1+1 segment, Assaubayeva almost staged a fantastic comeback as she won three consecutive games to reduce the gap from 8-12 to 11-12. However, Vaishali won the last game and the match 11-13 to advance to the Quarterfinals.

After losing the first game in the 5+1 segment, Vaishali bounced back by registering a convincing victory in the second game. 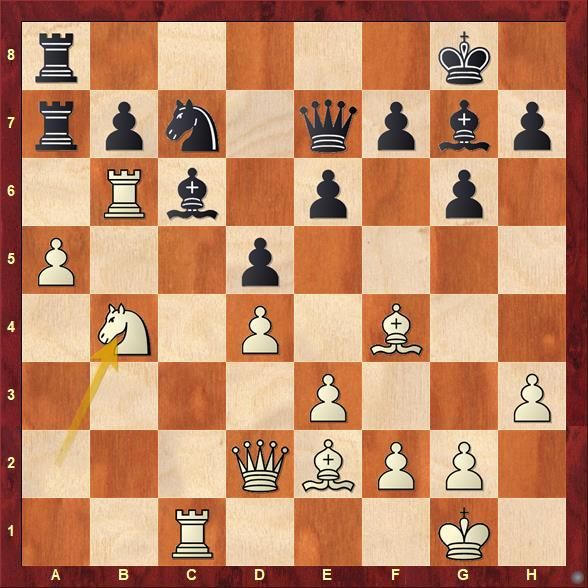 White capitalized on her opportunity as Black made the mistake of removing support to the c7-knight 23...Rca8 24.Nb4 and now White is completely winning.

Replay all Vaishali's games from Round of 16 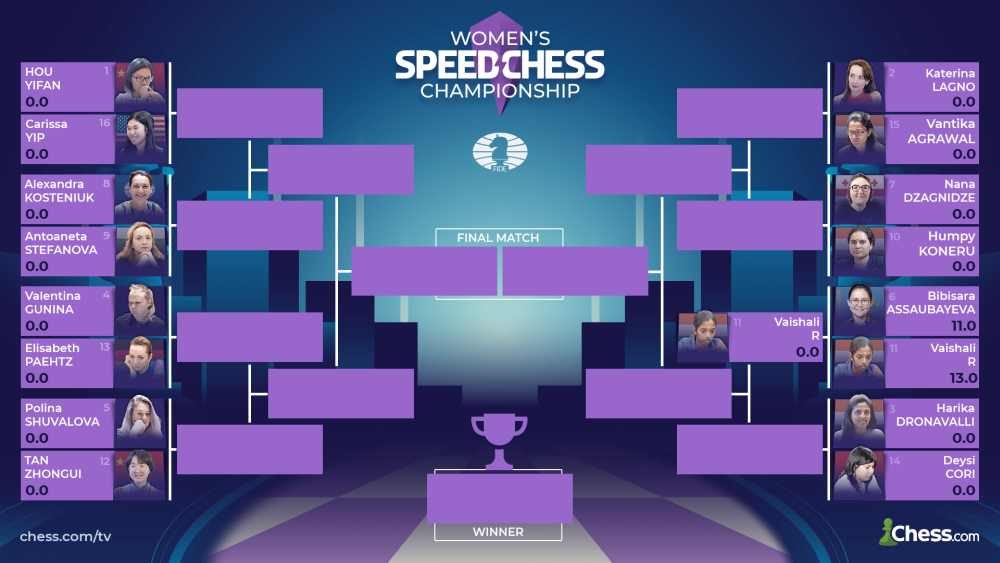 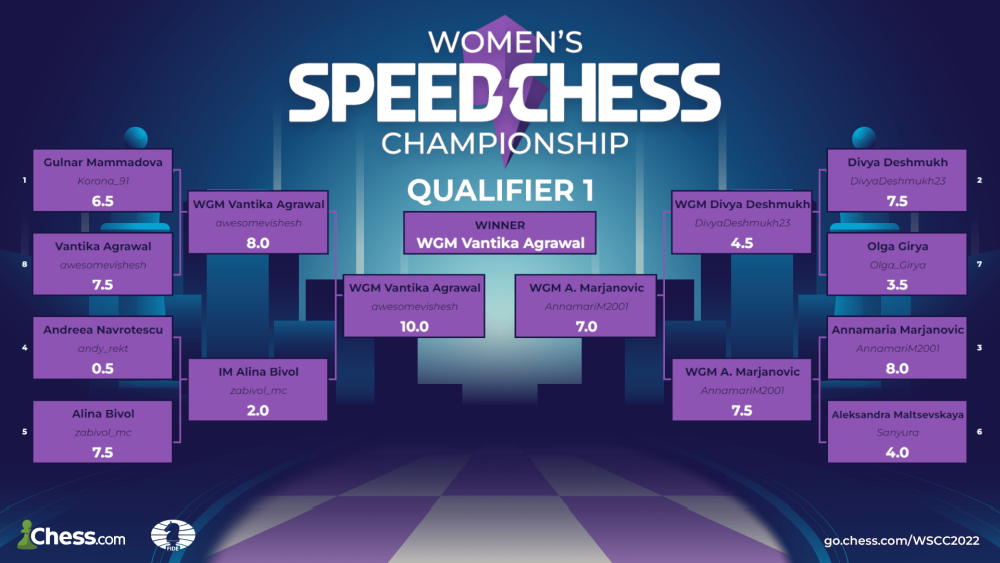 • The player who accumulates the most points wins the match

• If the tie persists, a single armageddon game with a bidding system decides the winner. White starts the game with five minutes on their clock. Both players communicate privately the amount of time they are willing to give away to play as Black. The player willing to play with the lowest amount of time wins the bid and plays as Black with draw odds. If the bid is tied, the higher-seeded player chooses the color.