GM Diptayan Ghosh wins Tata Steel All India Open Rapid Rating Chess Tournament 2017 which was full of 4 GMs and 8 IMs. The tournament witnessed various strong battles between two different generations in the official rapid event time control. The tournament was so close that until the last round, there was a five-way tie at 7 points each, it was difficult to predict who the champion would be until all games were finished. Diptayan defeated IM Suvrajit Saha in the last round and the top two boards drew their games, that made sure Diptayan solely finish at 8 points and be declared as the champion. We have photos and videos from the event by Shahid Ahmed. 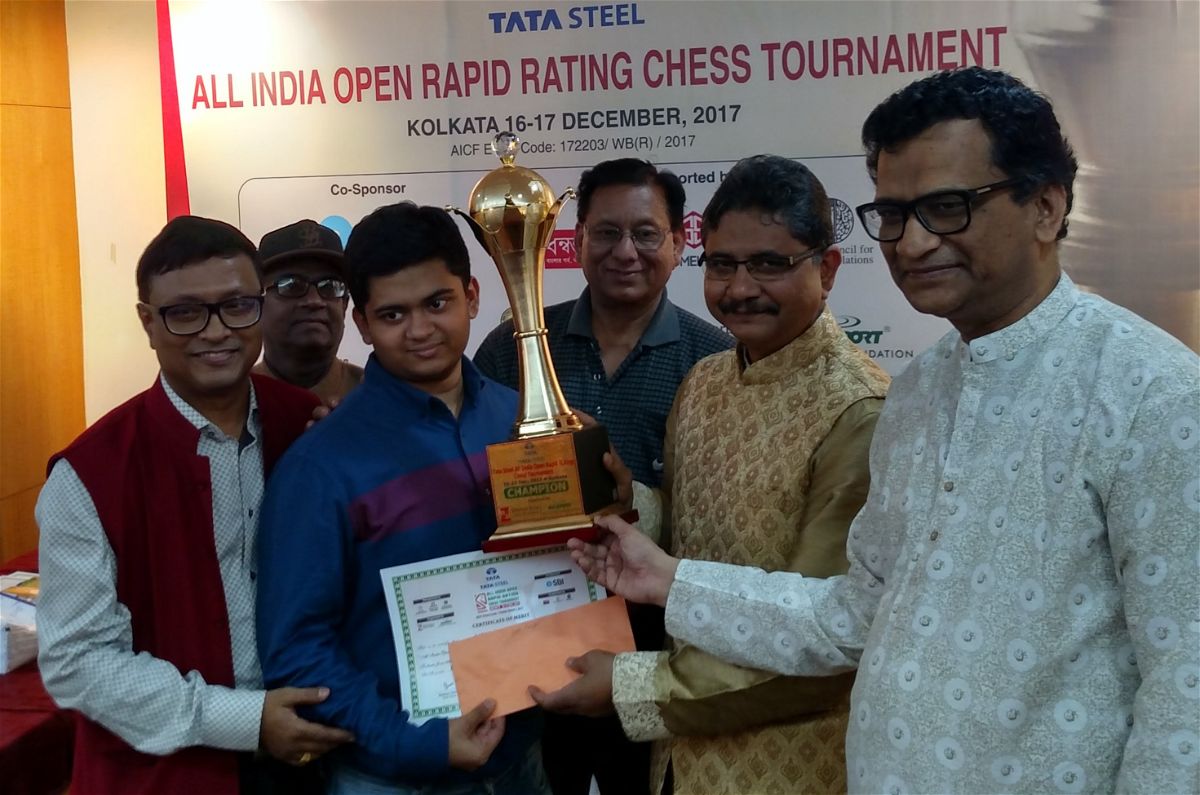 Indian Allrounder, eminent cricketer Ms. Jhulan Goswami inaugurated the event by making the first move
Jhulan exclaims that she was awaiting her turn to inaugurate a chess tournament

Diptayan started well with five straight wins, then he was halted by IM Himal Gusain of Chandigarh and IM Satyapragyan Swayangsu of Air India, as he had to settle for draws. Diptayan made a strong finish by winning his last two rounds against IM Somak Palit and IM Suvrajit Saha, both of them from Railways.

Diptayan speaks with ChessBase India after he became champion Himal also had a good start by winning his first five games. Then he faced the eventual champion of the tournament, Diptayan. The game ended in a draw. He also drew his seventh round game against IM Somak Palit. Himal has completed his masters recently, he wishes for more talents to rise from Chandigarh as there is a dearth of talent after Tarini Goyal. Maybe the lack of regular tournaments in Chandigarh is one of the reason.

Himal talks about the merging of National Challengers and Premier, how strong the tournament was and his upcoming plans 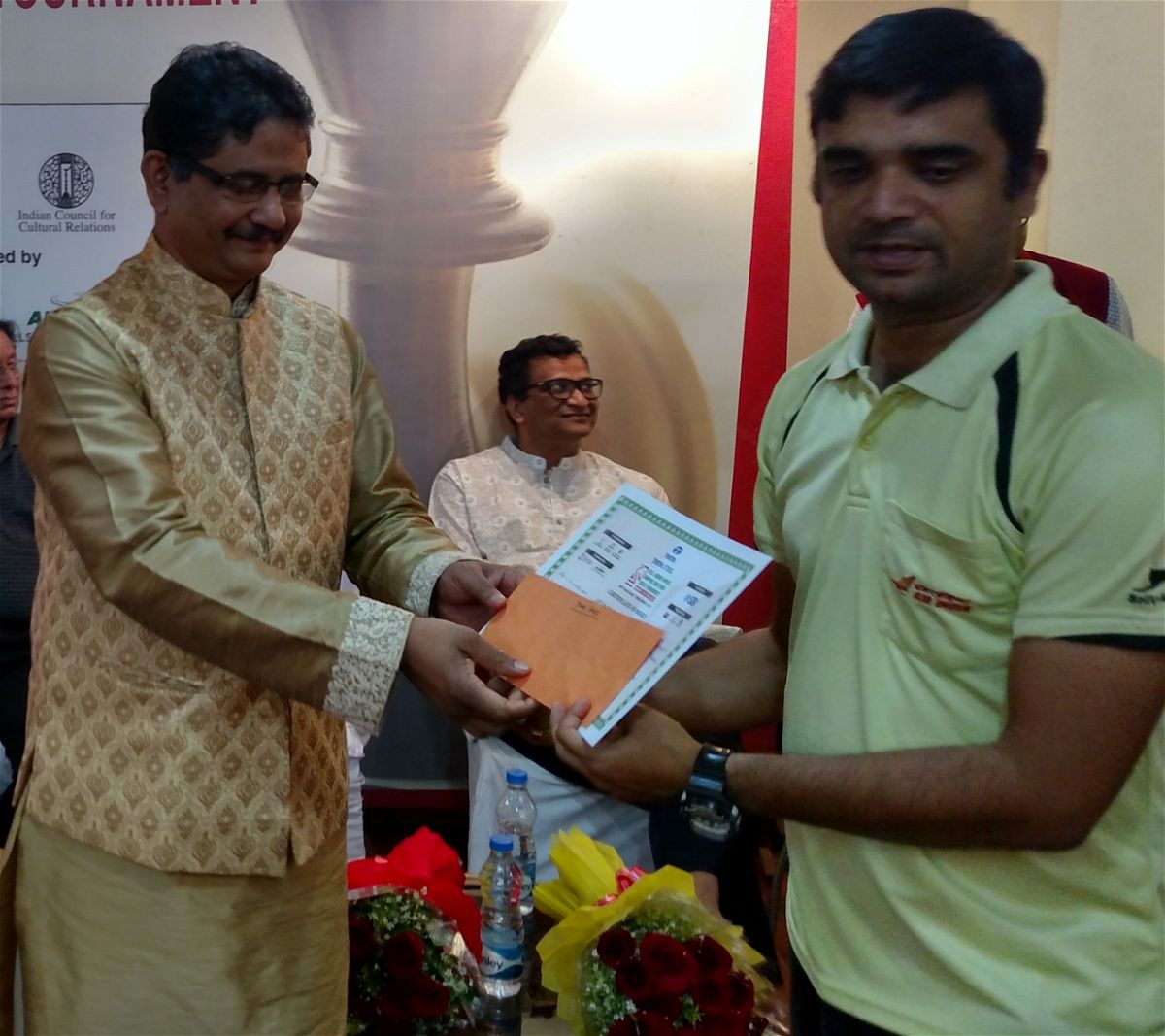 Satyapragyan Swayangsu secures second runner up position, received ₹20000 cash and a certificate
Satyapragyan talks about Kolkata players being underrated, his thoughts about Nihal and Praggnanandhaa, his opinion about National Challenger and Premier getting merged into one

Veteran of the game IM Varugeese Koshy delivered a stellar performance when he finished at fourth position scoring 7.5 points ahead many young and strong players. He remained undefeated throughout the tournament faced and top five finishers of the tournament except the champion. 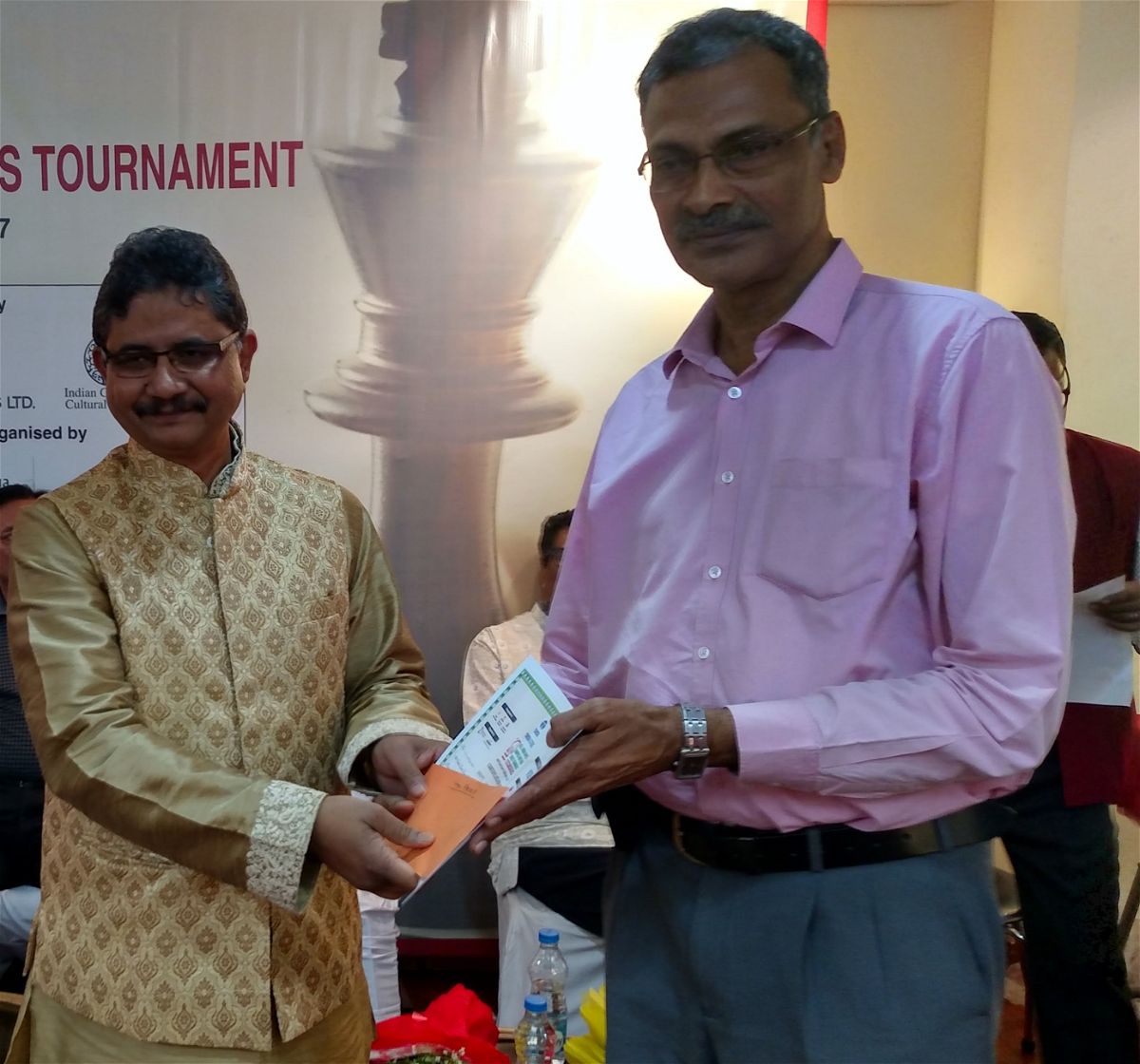 Varugeese Koshy was placed fourth, received ₹15000 cash and a certificate
Koshy talks about the strength of the tournament, his long career, his opinion about Nihal and Praggnanandhaa, his dream match, his future plans 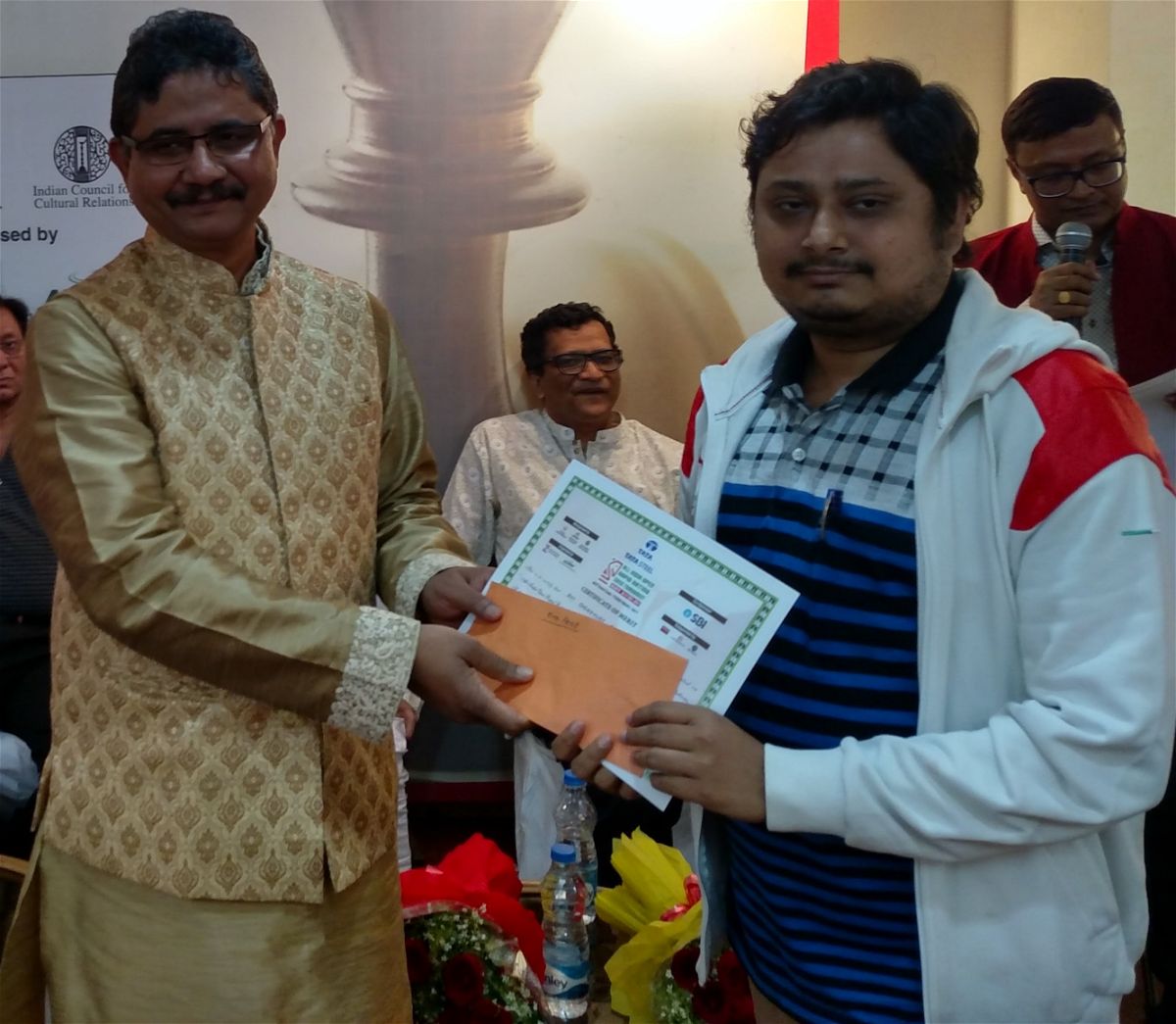 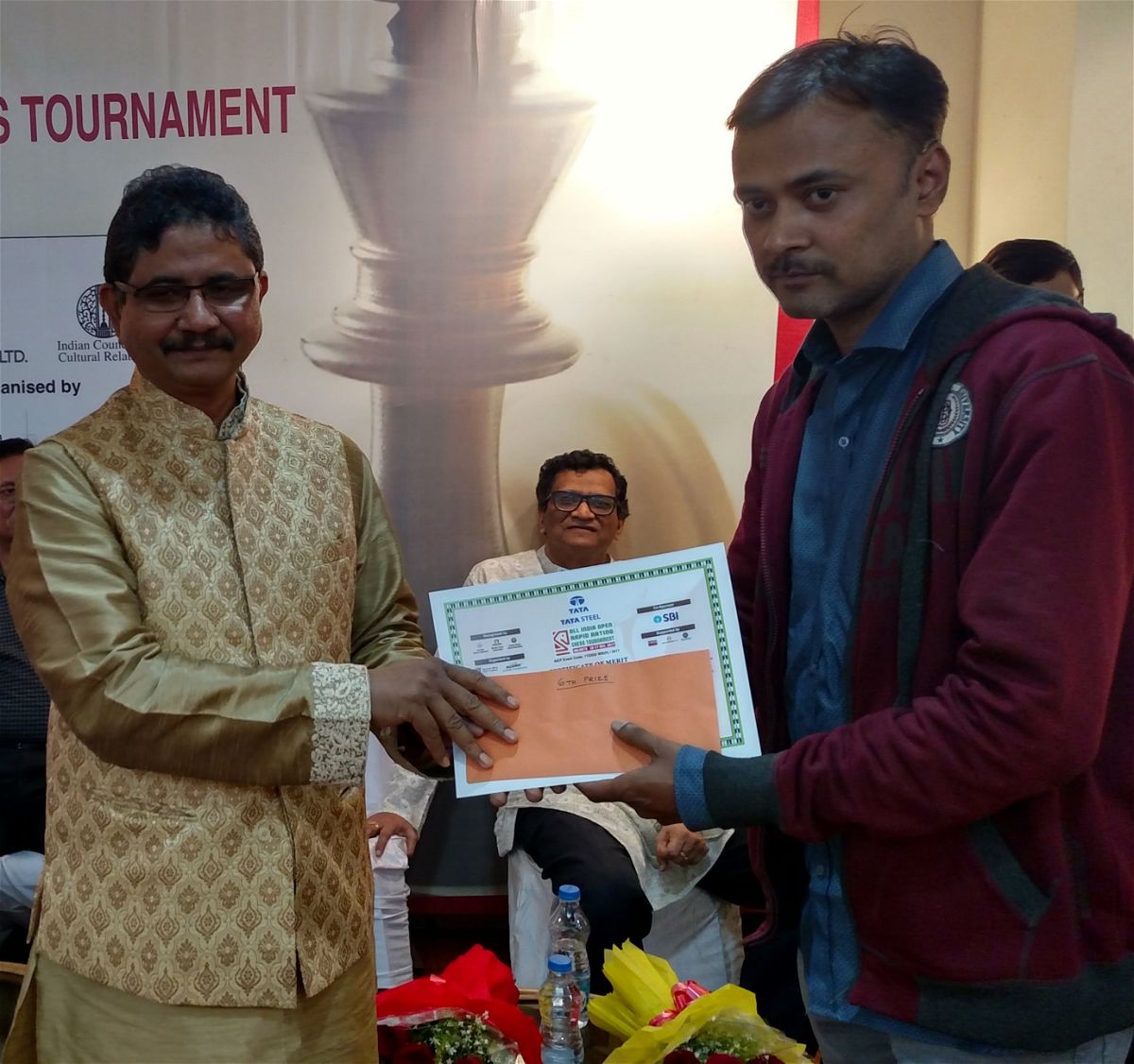 Arindam Mukherjee is the only untitled player to finish in top six at sixth position
Arindam Mukherjee shares his experience from the tournament, what was his expectations, the young kids whom he faced and his future chess plans 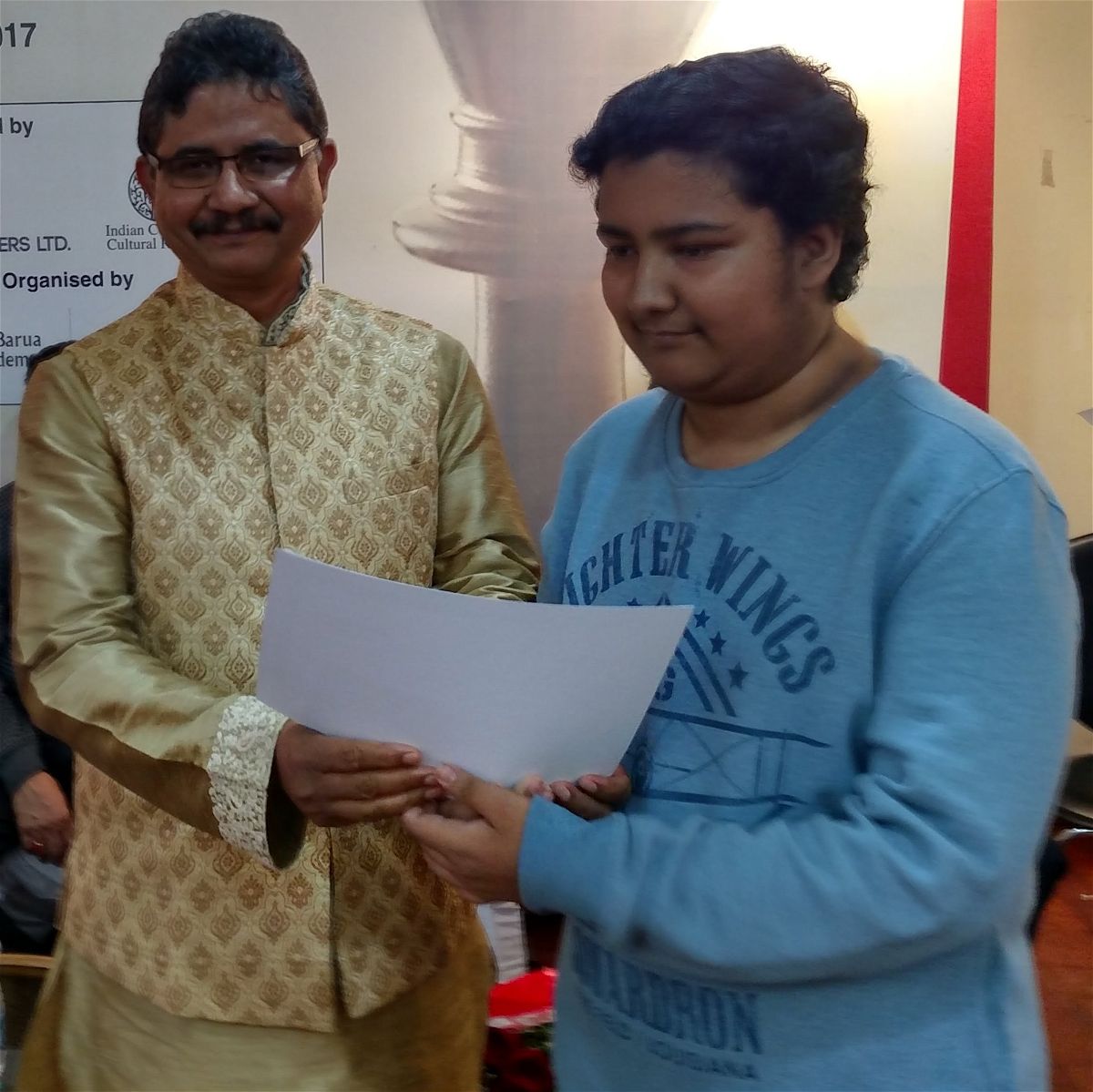 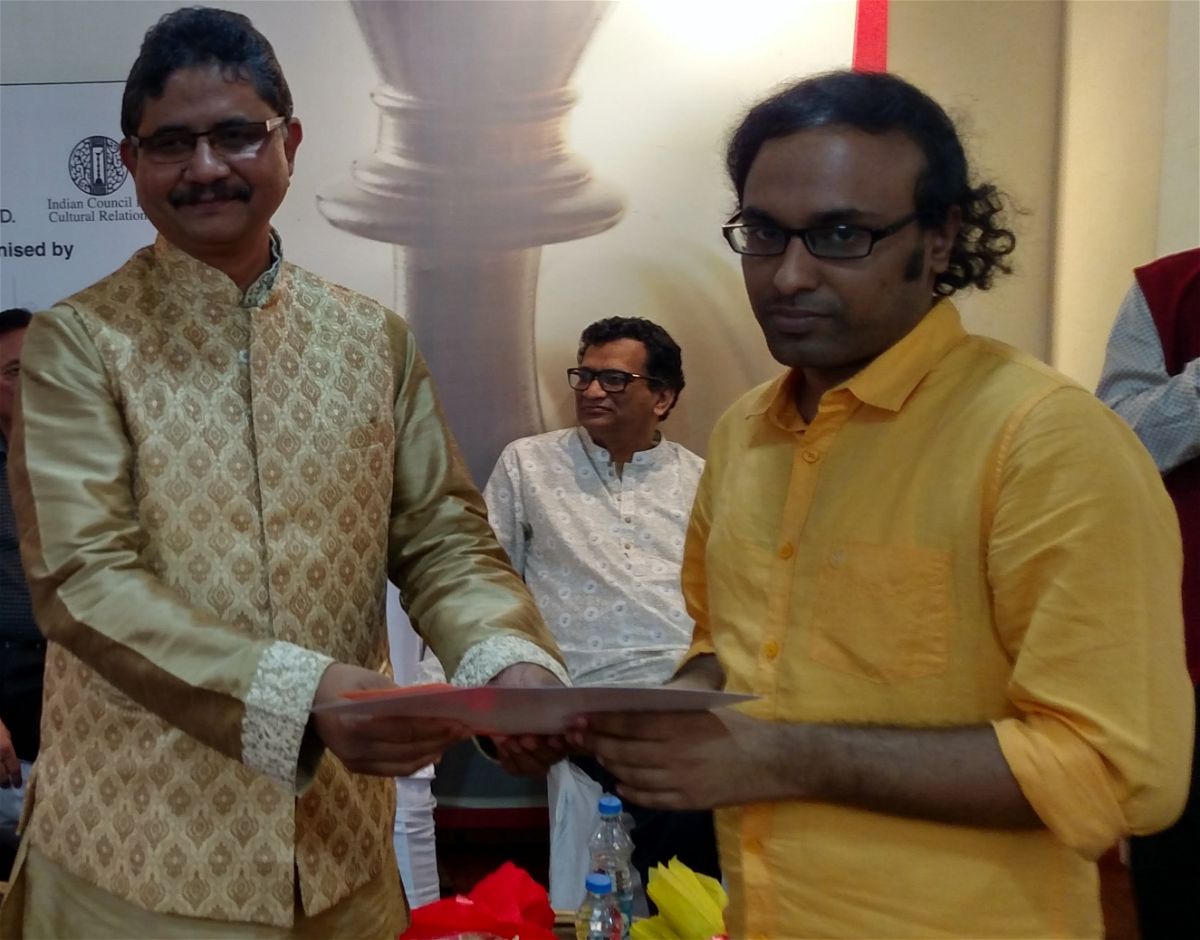 IM Somak Palit had a +2 finish with 7 points, he secured 8th position 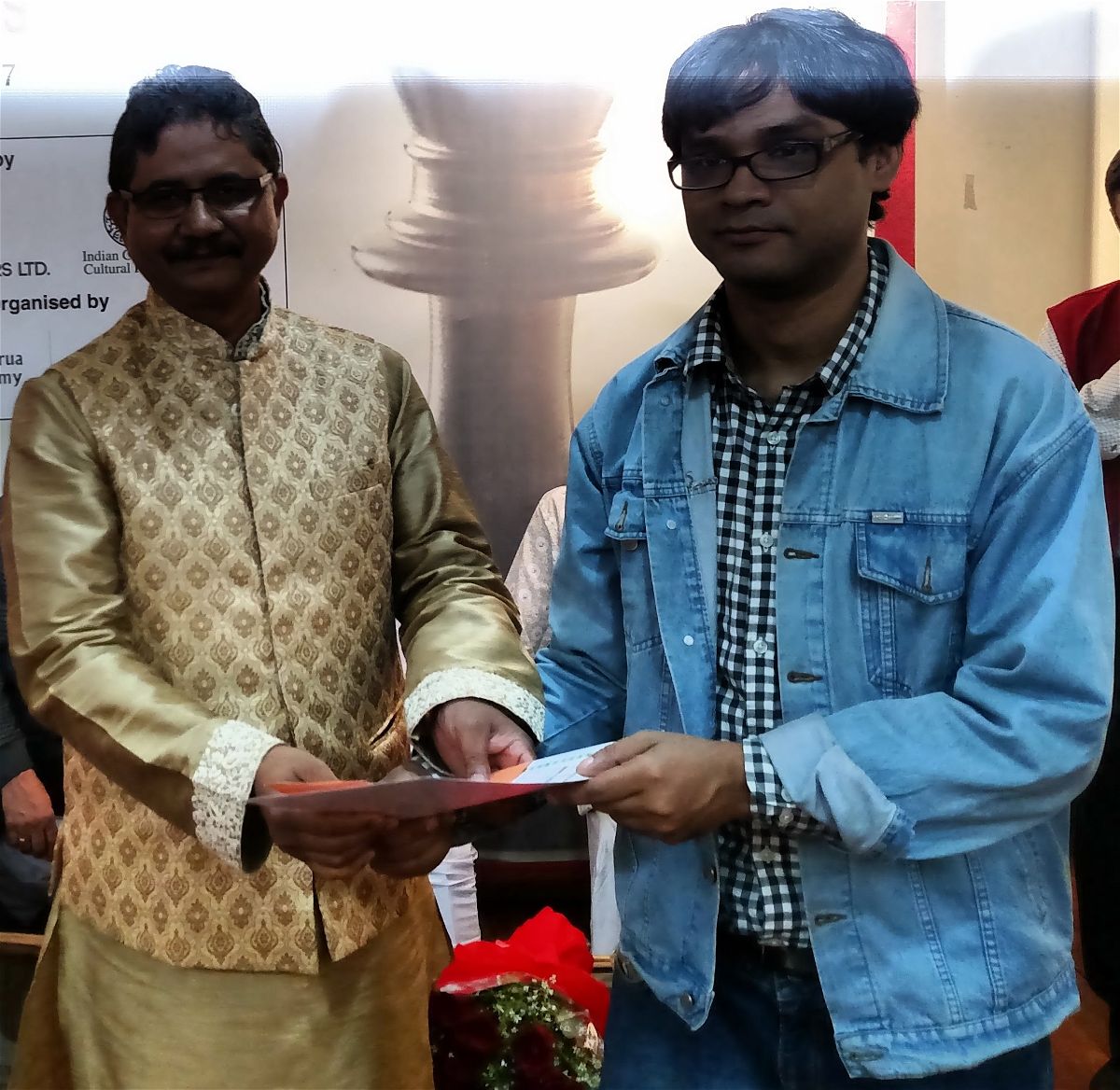 Former National Rapid Champion, GM Neelotpal Das did not have a good tournament as he finished at 9th position with 7 points
In this interview, Neelotpal shares his thoughts about the tournament, his opinion of National Challengers and Premier being merged into one, his upcoming tournament plans Arpan Das had a fantastic tournament as he finished +11, securing 10th position by scoring 7 points 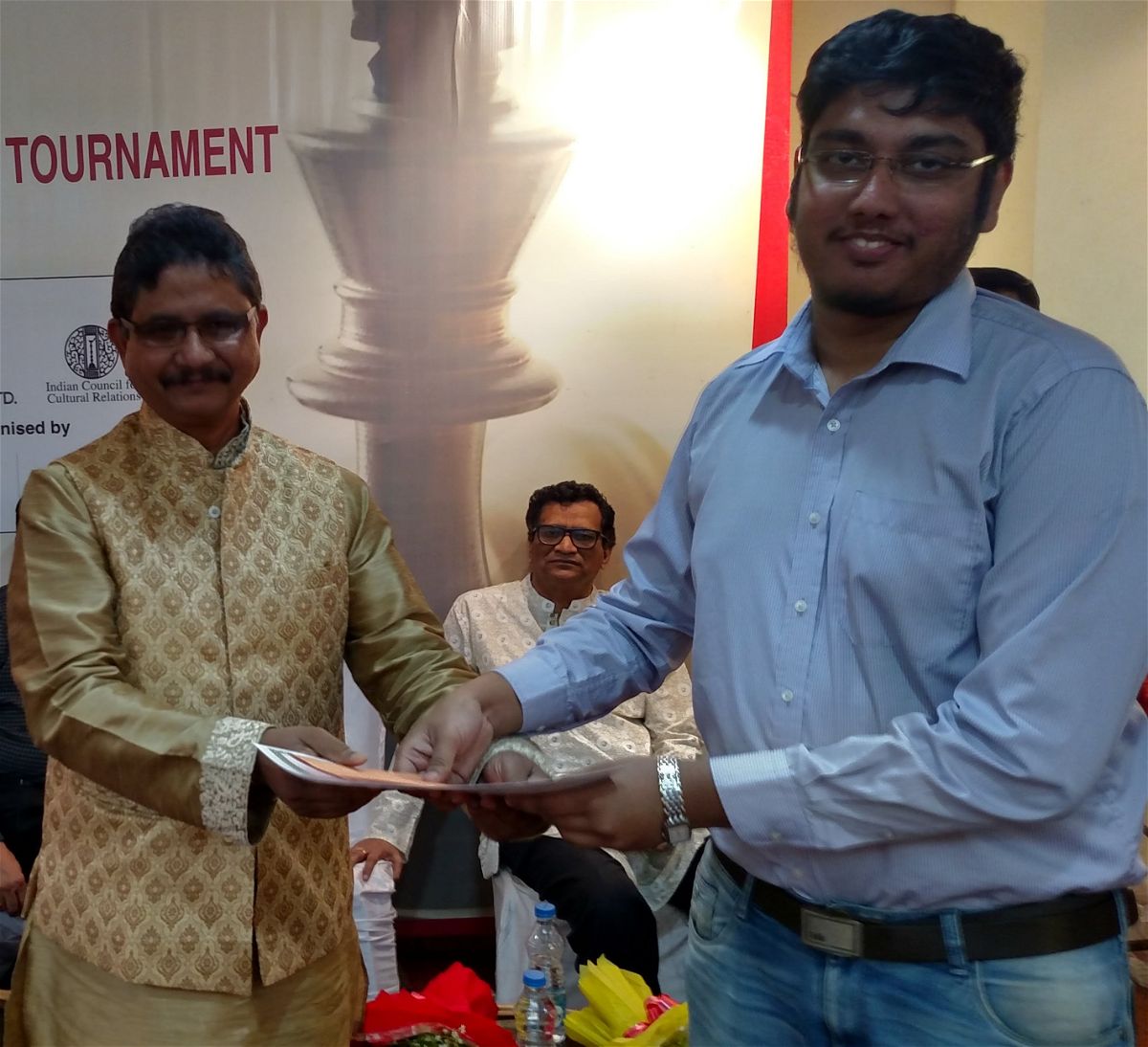 Top seed IM Swayams Mishra did not have a good tournament as he finished -10, securing 11th position with 7 points
Swayams discusses where it went wrong, his opinion about Nihal and Pragnnanandhaa, his thoughts about the merging of National Challengers and Premier 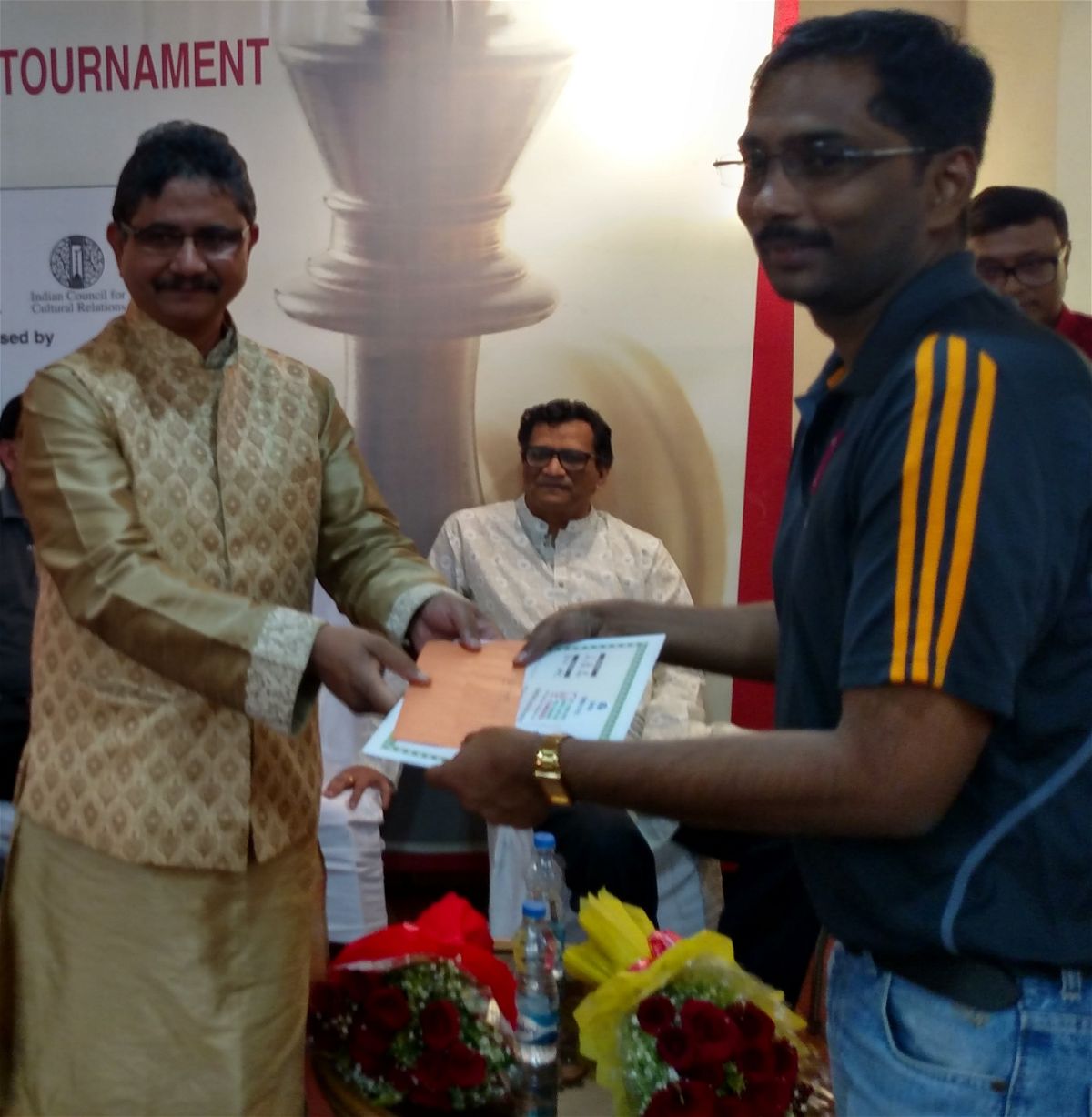 Lightning fast GM Abhijit Kunte did not have a good tournament as he had a -13 finish, he was placed 16th with 6.5 points 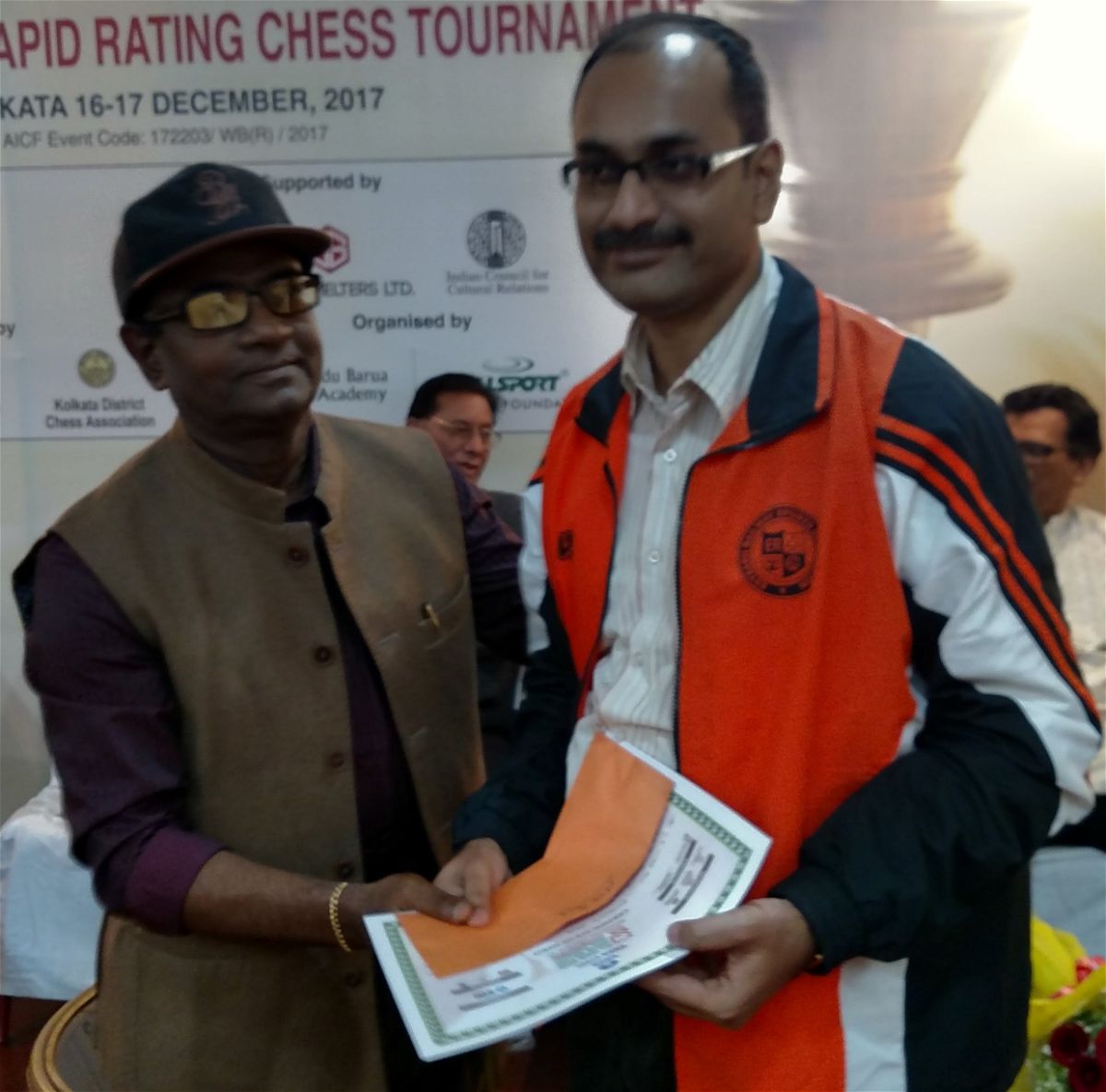 IM Suvrajit Saha who recently won CSIR-CMERI All India Open, had a -8 finish and was placed 19th with 6.5 points 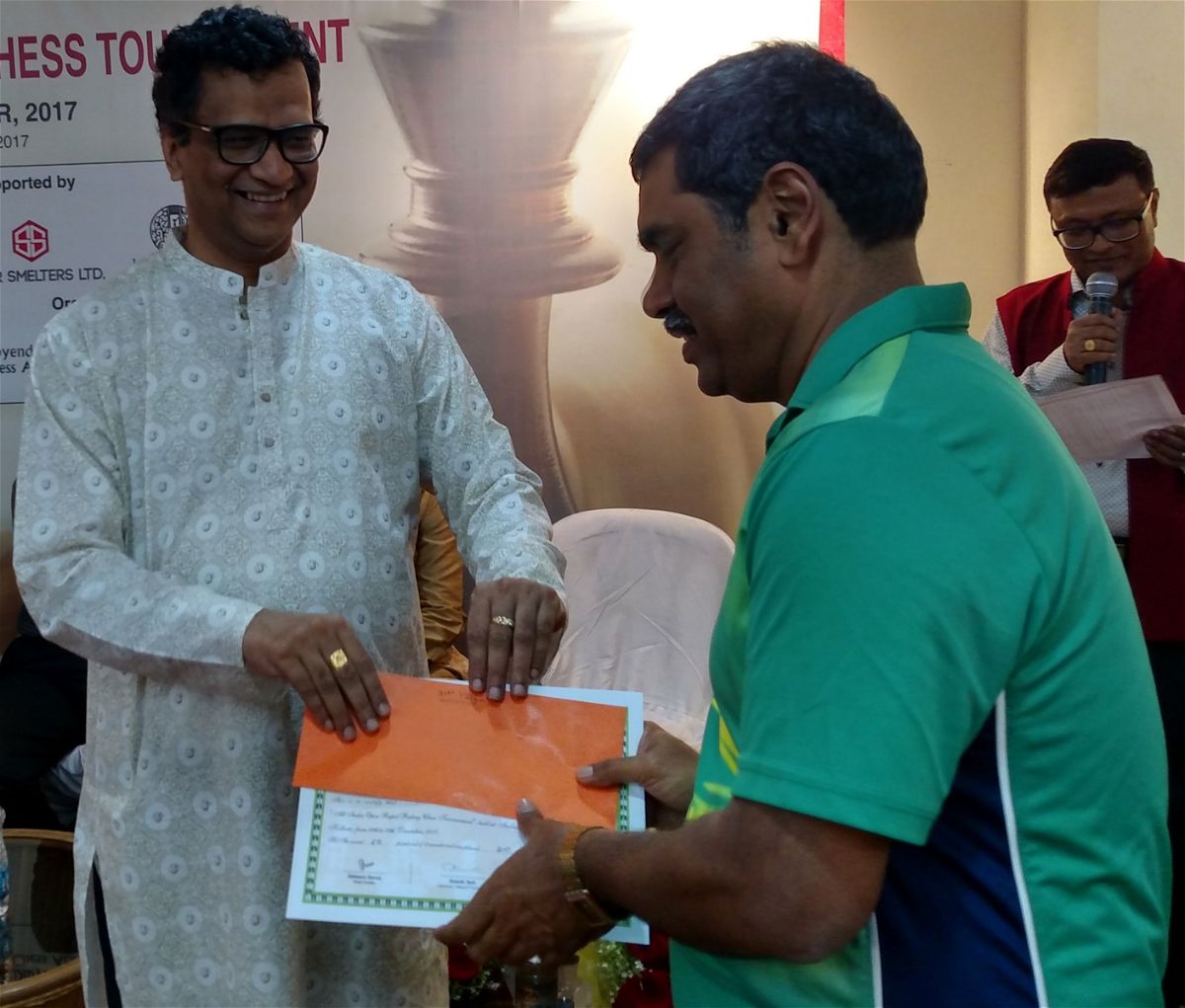 Dibyendu Barua's very good friend, veteran IM D V Prasad did not have a good tournament either as he had a -22 finish, securing 31st position with 6 points 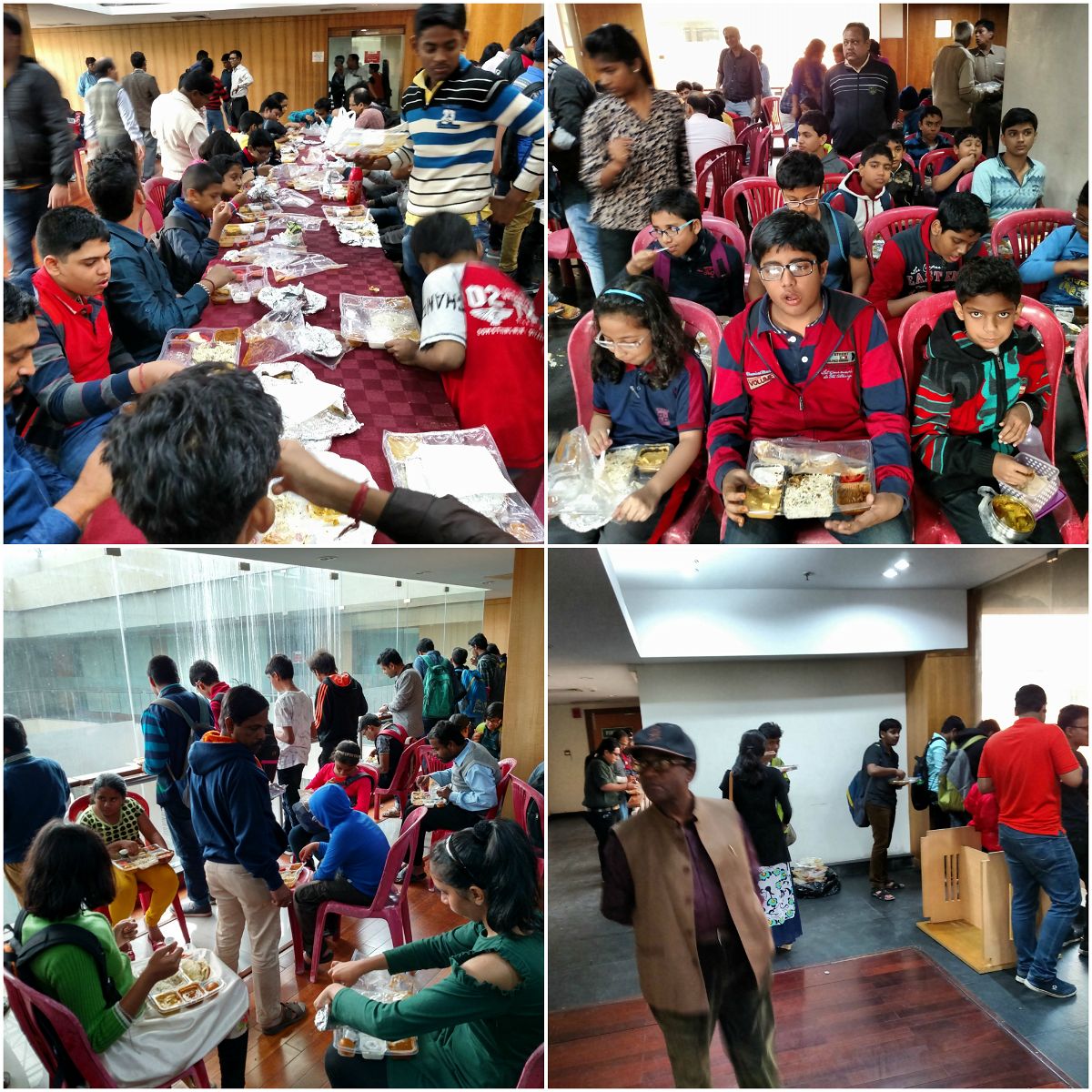 Here are a few final moments of various games:

DBCA will be back in May 2018 with an International GM tournament.