Anish Giri, Vidit Gujrathi, Tania Sachdev and others to feature in Chess for Charity 2

One of the best things to have happened to the sport of chess in this lockdown is more and more people taking it up in their free time. One such individual who is a chess lover and is using the sport to make a big difference is the stand-up comedian Samay Raina. Samay won the Comicstaan 2 reality show in August 2019. Although he has a fine career in stand-up comedy, he decided to focus his attention on the game of chess during the lockdown! And he has made a big impact by bringing a lot of casual chess players back to the sport. Apart from his entertaining streams with fellow comedians and top chess players, Samay also indulges in charity with chess. The first edition starring Vishy Anand raised Rs.8,33,000. The second Charity for Chess stream will be LIVE on 14th of May from 5p.m. onwards and will be headlined by stars like Anish Giri, Vidit Gujrathi, Tania Sachdev, Yuzvendra Chahal and also has ChessBase India's Sagar Shah!

Samay Raina, is a stand-up comedian and is well known for having won Comicstaan

Samay Raina is a stand up comedian by profession, but a chess lover at heart. In the lockdown, while his fellow comedians were streaming video games like PUBG, DOTA and others, he started to stream chess games. He was joined by some of his friends Biswa Kalyan Rath, Vaibhav Sethia, Abhishek Upmanyu and others. Very soon famous chess personalities like Vidit Gujrathi, Vishy Anand, Tania Sachdev, cricketer Yuzvendra Chahal, Agadmator made appearances on his channel. Seeing the love and affection that his videos were getting from the audience, Samay decided to organize the first Chess for Charity event on 25th of April 2020 and raised a massive Rs. 8,33,000 for Waste Pickers community. You can check out the entire stream here:

The biggest attraction of the stream was Vishy Anand

After the success of the first charity stream, Samay is back with his second stream which will take place on 14th of May 2020 from 5 p.m. onwards. Here are some of the interesting match-ups that you can look forward to:

The people who will take part in Chess For Charity 2
Four player chess with Adhiban, Vidit Gujrathi, Sagar Shah and Anish Giri!
Hand and Brain match between Vidit Gujrathi and Abish Mathew vs Tania Sachdev and Yahya Bootwala 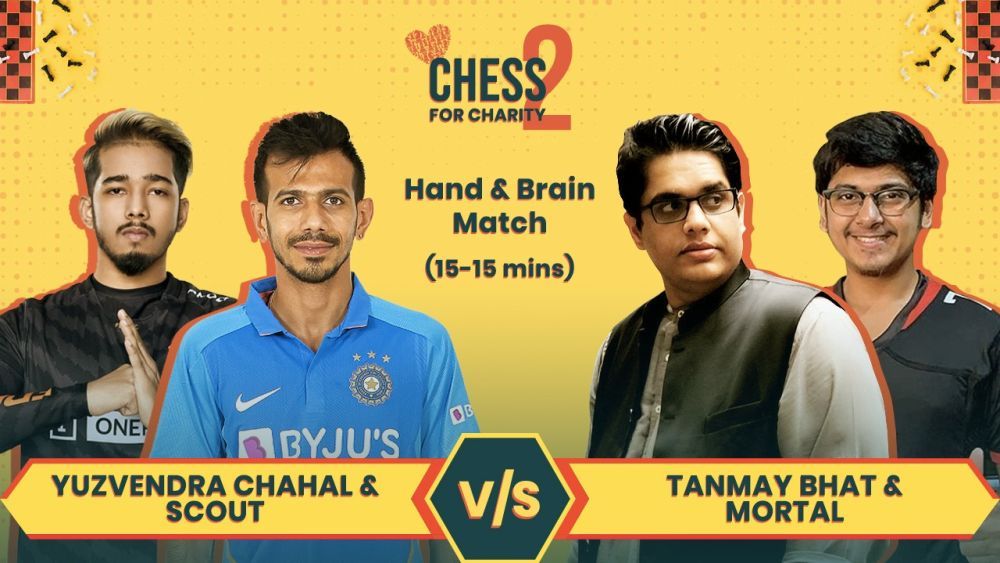 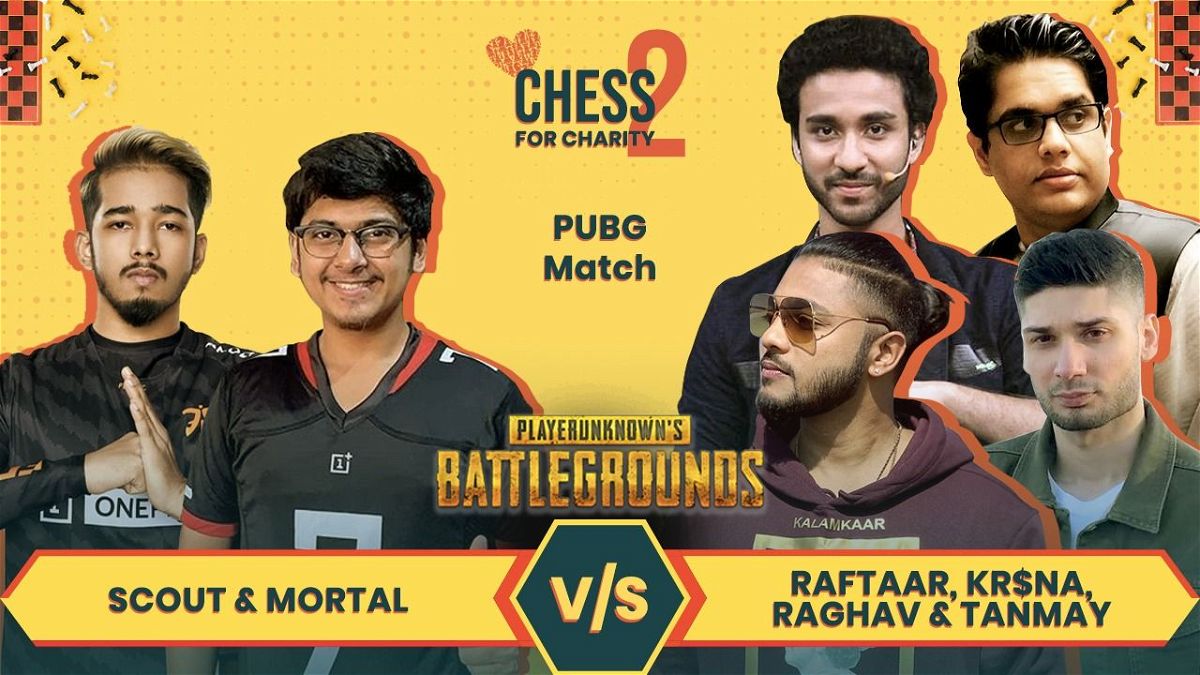 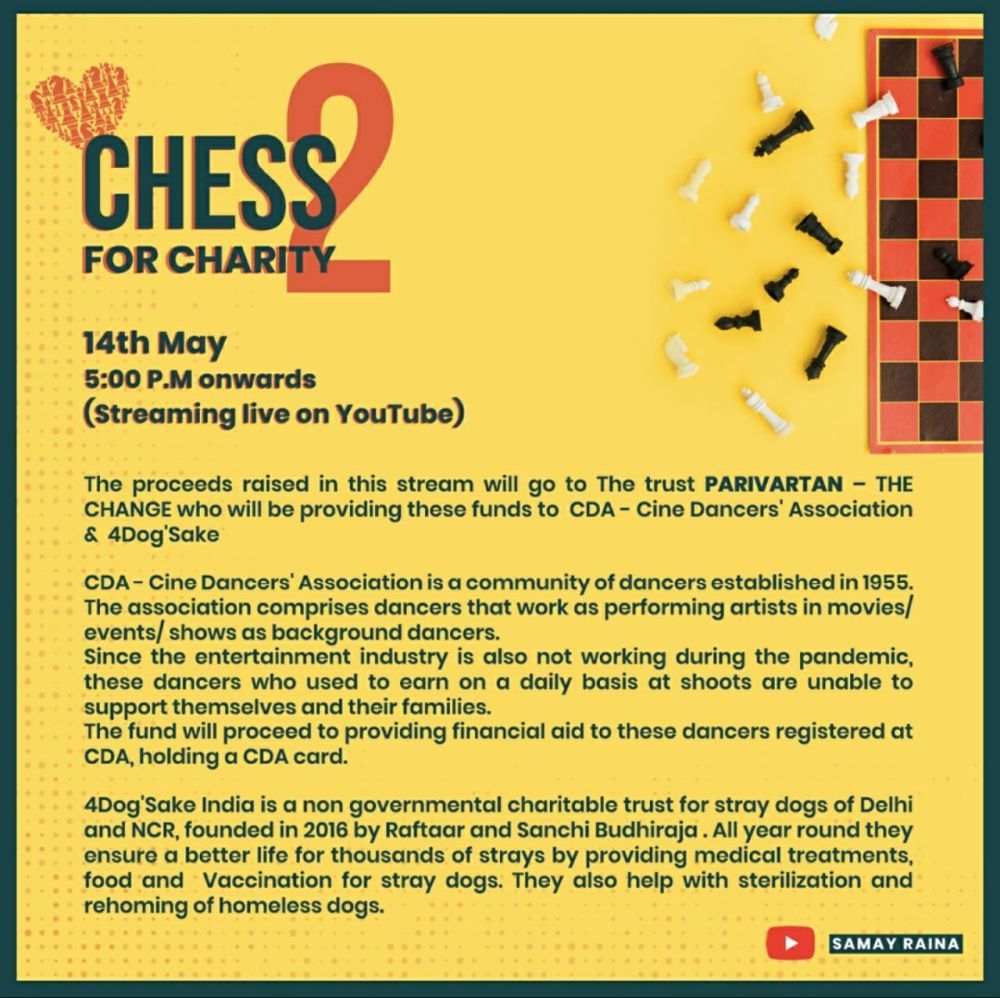 All the money collected will go to the Trust Parivartan - The Change who will be providing these funds to CDA - Cine Dancers' Association and 4Dog'Sake
You can follow the show LIVE here from 5 p.m. onwards
Related news: