Firouzja once again beat Aronian in the Armageddon and maintained his sole lead with 14.5/21 after Round 7 of Altibox Norway Chess. After an uneventful classical game, in the Armageddon, Aronian had a decent chance to gain the upper hand in the endgame but he overlooked it. Carlsen defended well against Caruana in their Classical encounter and managed to save the game. However the world no.2 went wrong early in the middle game and had to pay the price of a full point to the world champion. The young Norway no.2 Tari continues to have a tough tournament as he lost to Duda after making a questionable choice of opening. Can he do a Duda as he faces Carlsen today? Catch all the action of Round 8 today 13th October from 8:30 p.m. IST. Photo: Lennart Ootes / Altibox Norway Chess

Firouzja maintained his sole lead in the event with 14.5/21 after he flagged Aronian and beat him in the Armageddon once again. The talented youth who is touted as the future world champion gave away a chance to Aronian in the endgame which the Armenian missed and eventually the position equalized, however in the final moments of the game Aronian ran out of time and lost the game which seemed to be heading towards a draw which meant Aronian would have won as per the Armageddon rules. Carlsen overcame a great difficulty against Caruana and managed to salvage a draw in their Classical game. Caruana misplayed early in the middle game in the Armageddon which resulted in a unfavorable position for him which he eventually lost. Last time Caruana beat Carlsen in a Classical game was over five years ago in the same event. Tari's woes continued as he opted for a dubious Schliemann variation in the Ruy Lopez which resulted him in getting bad position out of the opening. He eventually lost the game against Duda and still lingers at the bottom of the points table. 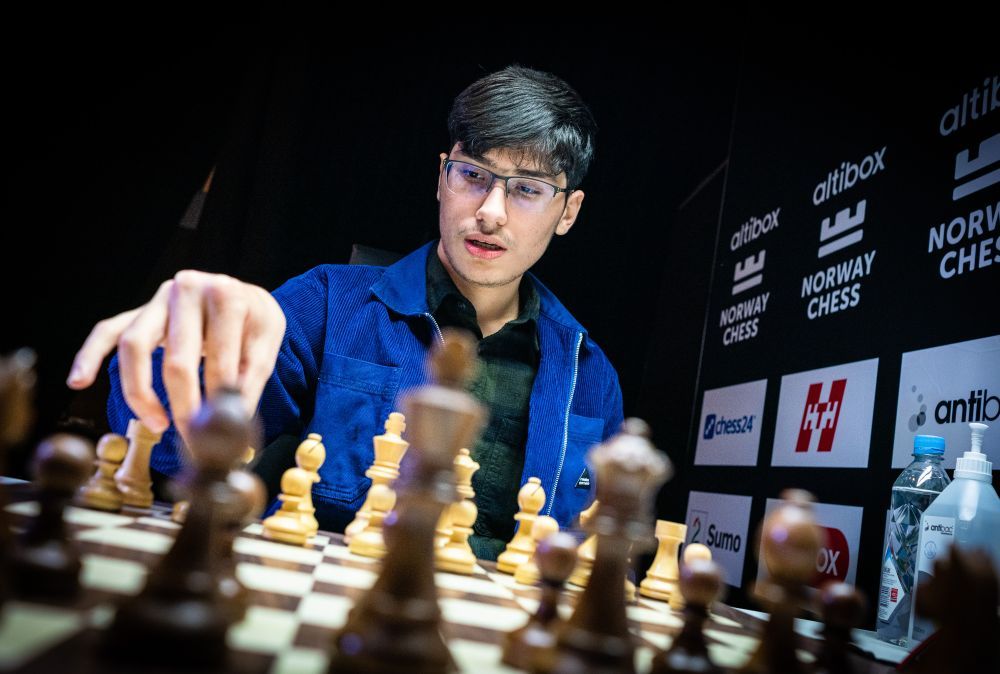 Even though it seemed like Caruana had the advantage for the better part of the classical game, the world champion defended well and eventually it turned out to be a draw. 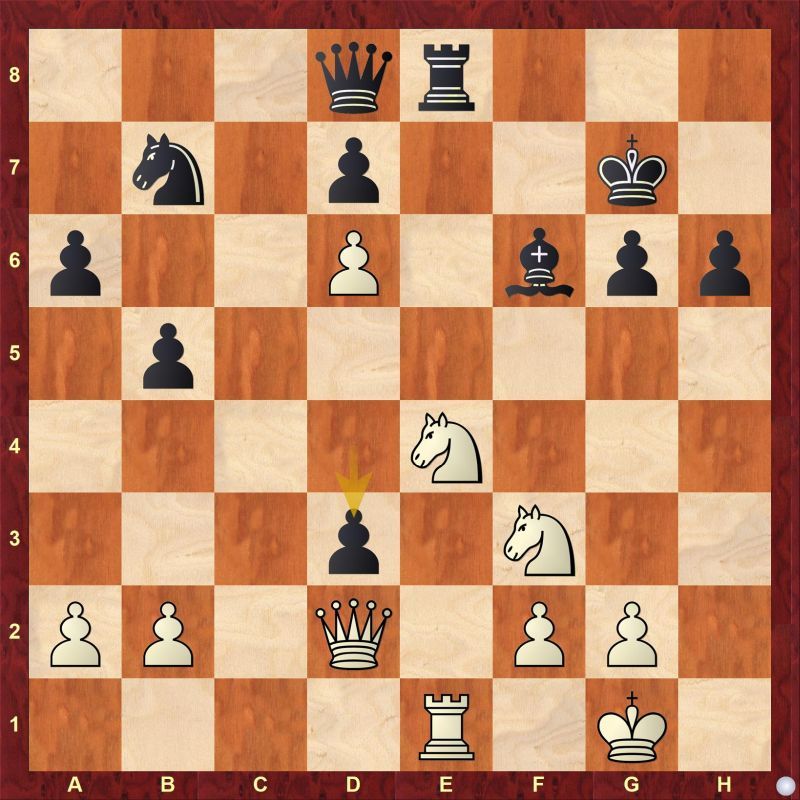 White could have gone with 25.Qxd3 here but there wasn't much definitive to go on.

Carlsen went with the solid Berlin in the Armageddon but Caruana opted to keep the queens on the board. 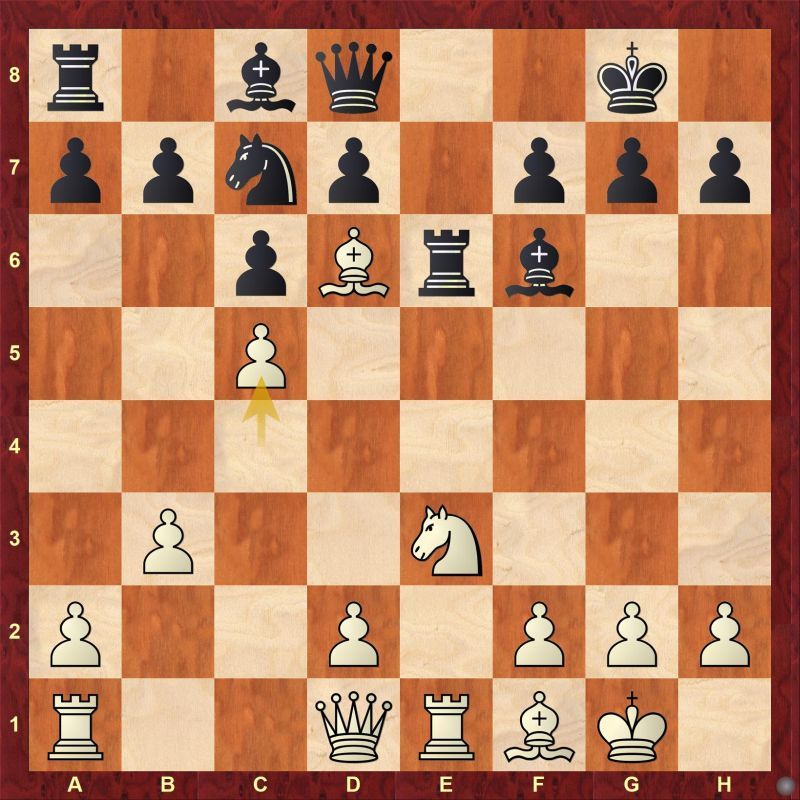 Caruana made a strange choice of playing 17.c5, maybe he wanted to keep black's queenside frozen and delay the development. But of course, things did not go that way. 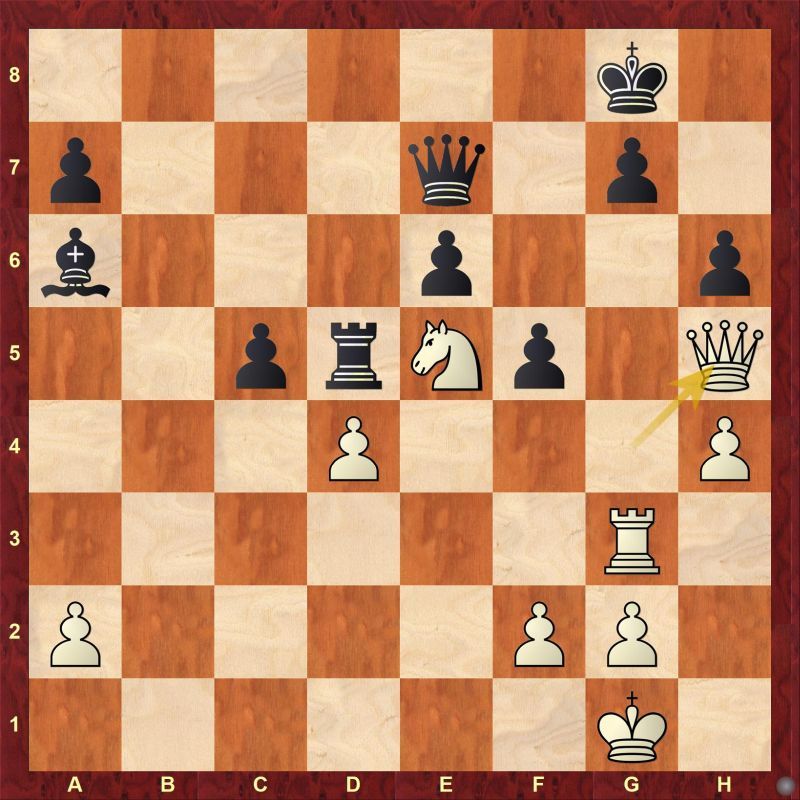 Things went completely into black's favor after 36.Qh5. White could have probably gone with 36.Ng6

Carlsen continued to greet his opponent with Namaste at the beginning of the round. 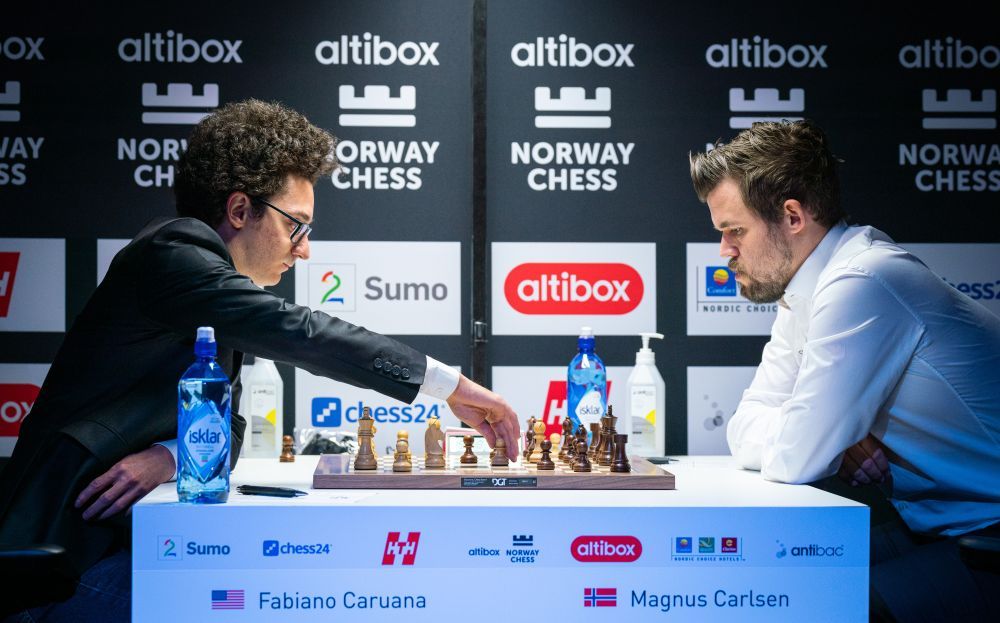 The last time Caruana beat Carlsen in a Classical game was in the same event over five years ago | Photo: Lennart Ootes / Altibox Norway Chess

After an uneventful draw in the Classical game, Firouzja opted for the Four Knights Opening in the Armageddon and played solid until he erred in the endgame. 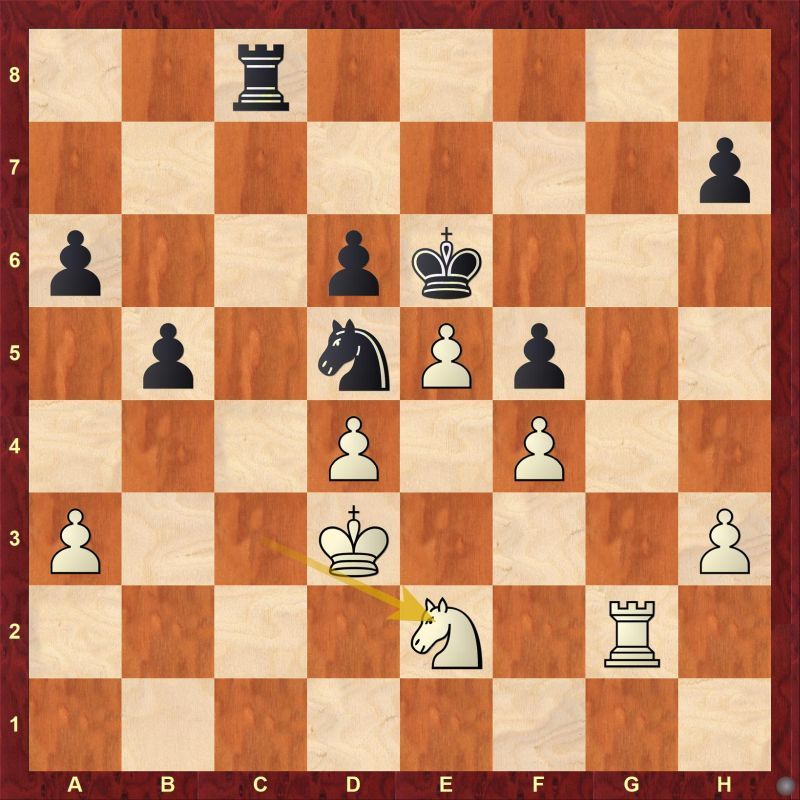 Find out why 42.Ne2 is a mistake and what white should have played instead. Aronian continued with 42...Rc2 and he missed the only great opportunity he had in the game. Eventually he ran out of time and lost the game. 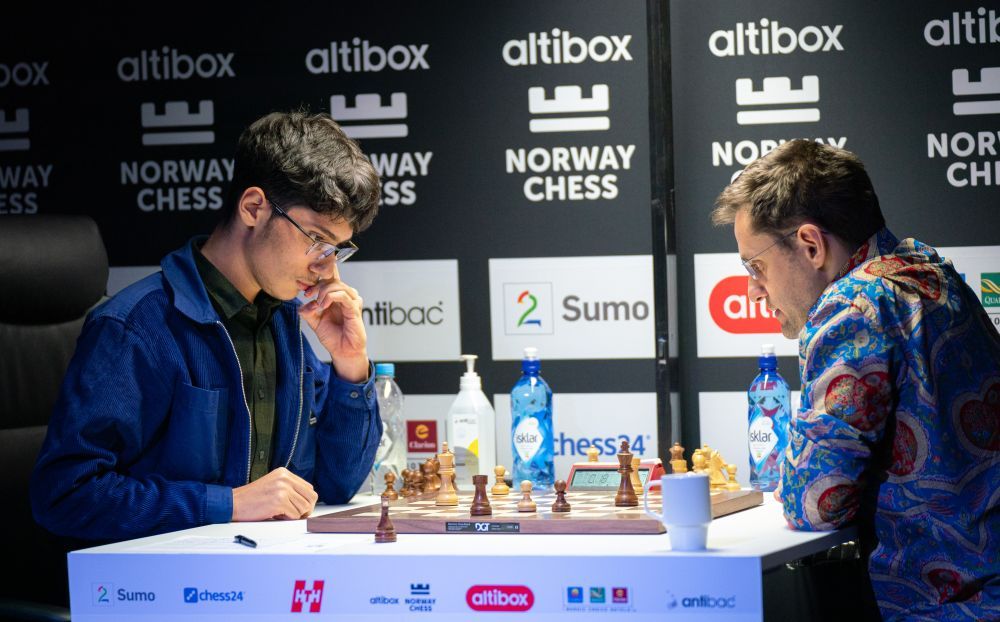 Tari chose a dubious delayed Schliemann variation in the Ruy Lopez and he landed into a bad position out of the opening against Duda. 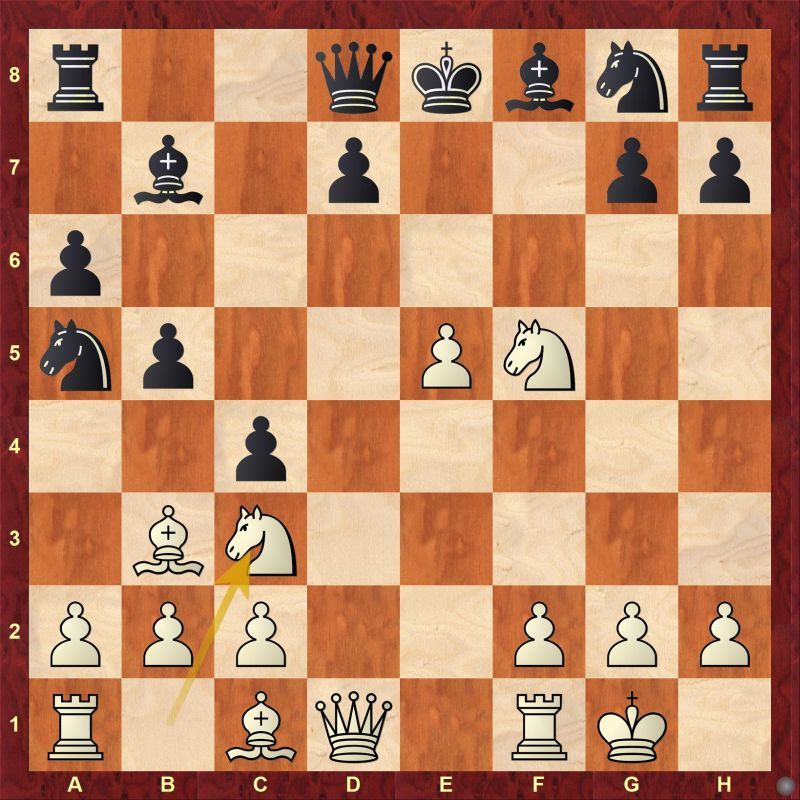 Although white's b3-bishop is trapped but white has enough compensation for it as black's king still exposed in the center and it cannot be put into safety anytime soon. 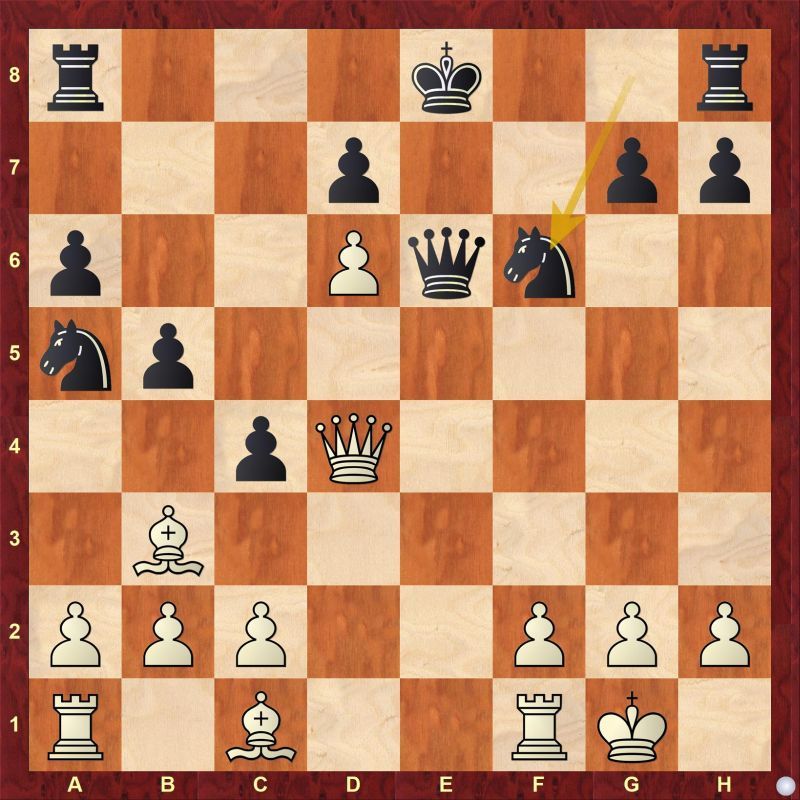 What is the best continuation for white 16...Nf6 ? 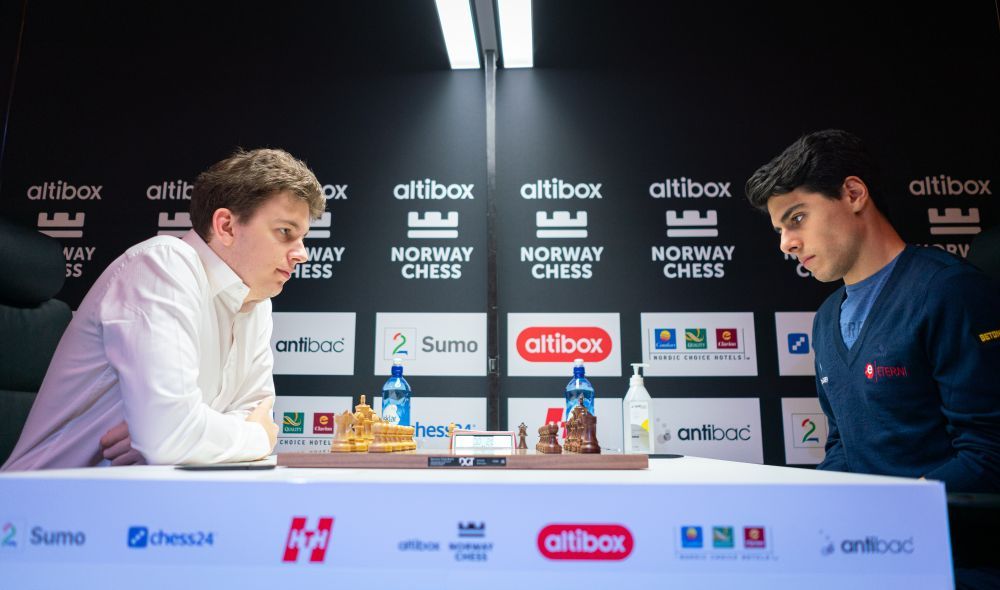 Tari is really having a hard time in this event | Photo: Lennart Ootes / Altibox Norway Chess

Round 7 had two Armageddon | Photo: chess24