The entire chess universe is craving for some over-the-board action. For the first time since July, an over-the-board super tournament, eighth edition of Altibox Norway Chess will start from 5th October. The most interesting thing about this tournament is every game will have a winner. All draws will be decided in Armageddon. Defending champion of the event, World Champion Carlsen will be seen in action along with Aronian, Caruana, Duda, Firouzja and Aryan Tari. Carlsen has only won this tournament two times out of all seven editions. The other winners are Karjakin (twice), Topalov, Aronian and Caruana. Will Carlsen win this tournament for the second year in-a-row and also for the third time? Catch all the action of Round 1 tonight from 8:30 p.m. IST. Photo: Lennart Ootes / Norway Chess

Over-the-board chess returns today in Altibox Norway Chess 2020. It will take place between 5th and 16th October in Stavanger, Norway. Total 1810000 NOK or ₹1.4 Crore (approx. €166474) prize fund is up grabs with the first prize being 700000 NOK (€64.3K or ₹5527936 approx.). World Champion Carlsen will be back to defend his Altibox Norway title and as always he is the favorite to win the event. There will be two rest days after every four rounds on Friday 9th October and Wednesday 14th October. The tournament will be played in Double Round-Robin format. There are total 10 Rounds which will start everyday at 8:30 p.m. IST. 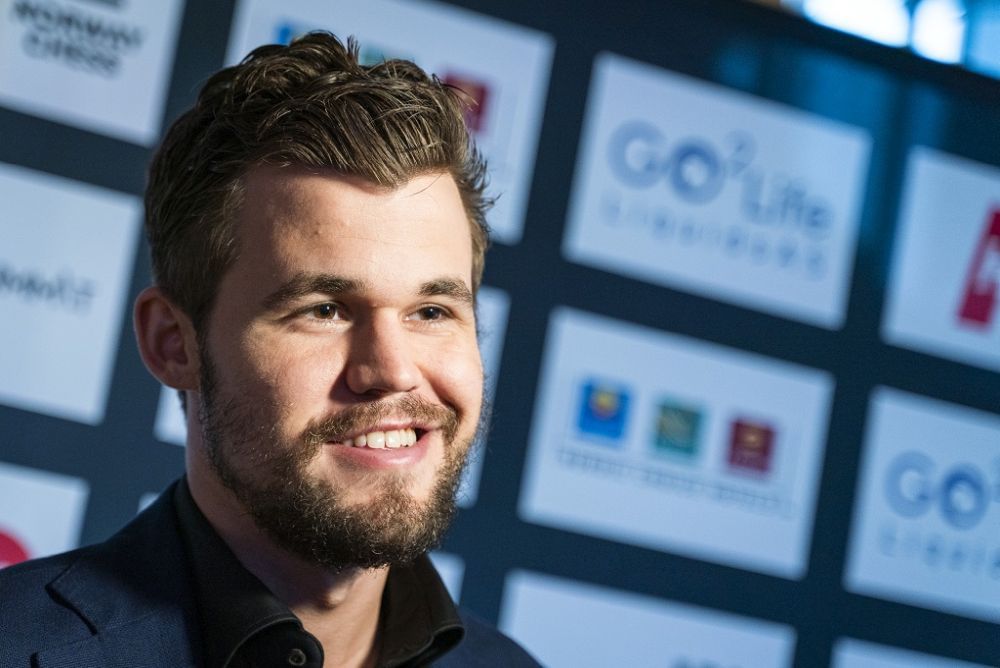 World Champion Carlsen is the defending champion and as always the favorite to win the event | Photo: Lennart Ootes / Norway Chess 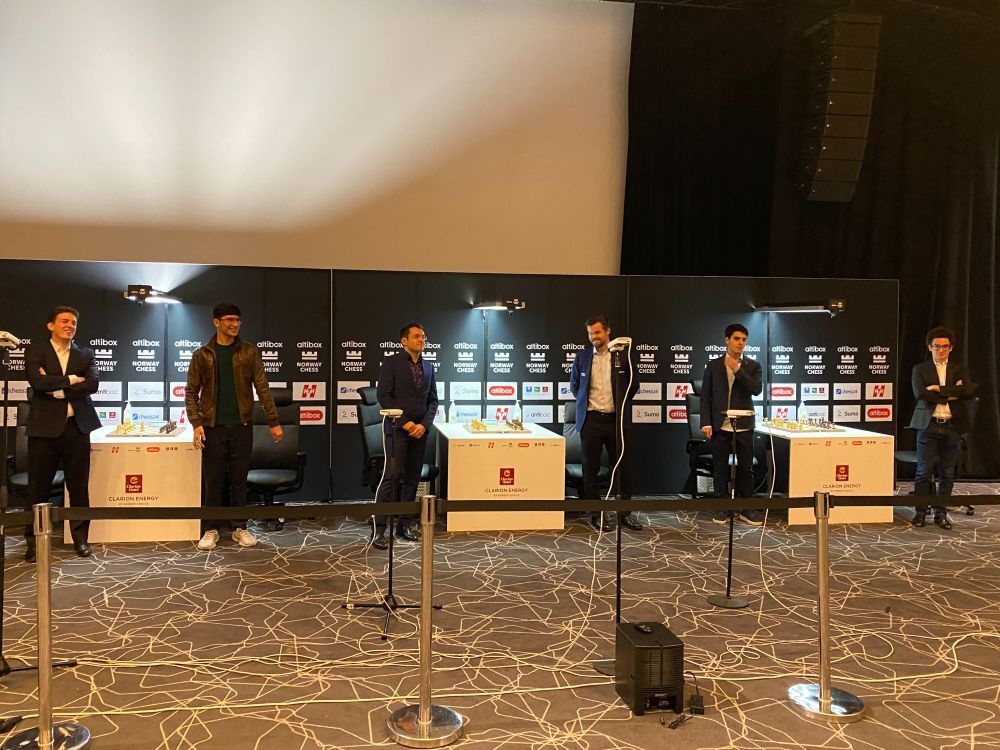 Players are standing according to Round 1 pairings | Photo: Fiona Steil-Antoni / Norway Chess

• Time control main game: Each player will have 120 minutes on the clock with an increment of 10 seconds after move 40. Participant is obliged to record the moves on the score sheet starting from the first move. A player can stop recording the moves when he has less than 5 minutes.

• Time control Armageddon game: white has 10 minutes and black has 7 minutes with an increment of 1 second per move, starting from move 41.

• Players are not allowed to agree on a draw until after move 30.

C: Most wins with the black pieces.

• Tiebreak for the main tournament.

C: Most wins with the black pieces.

The tournament has a very good mixture of World's best top and youth players - World Champion Magnus Carlsen, World no.2 Fabiano Caruana, two-time World Cup winner and World no.9 Levon Aronian, Poland no.1 and World no.16 Jan Krzysztof Duda, World no.22 Alireza Firouzja and Norway no.2 Aryan Tari will be seen in action.

Greatest Woman chess player of all time Judit Polgar and former World Champion Vladimir Kramnik will be the Official Commentators of the event | Photo: Norway Chess

What is the World Champion up to lately?

Carlsen was seen signing chess boards
Before that, he was enjoying football a few days ago