by Shahid Ahmed - 20/07/2018
8-year old Aditya Saxena of Victorious Chess Academy kept fighting despite being down by a piece till the end for a win against Kushal Radia of Dynamic Chess Academy. Aditya shows us it's not about just winning games and matches for the team, it's all about fighting till the end and not giving up. Both players have made a lot of mistakes, but that is besides the point. Aditya managed to get a winning position but in the end he couldn't figure out how to win as it was not in his knowledge. Let's take a look at this roller coaster of a game and learn from the kids on keeping the fighting spirit alive even when you are down. Photo: Sameer Ghela and Manish Parmar.

Since ACL has four different categories, games of various strength and difficulty are seen everyday. The most important part is, no matter whom you are playing against, never give up, you never know what kind of opportunity your opponent or the position will present you. In the following game played between, Adityasaxena (Aditya Saxena) of Victorious Chess Academy and Littlechamp (Kushal Radia) of Dynamic Chess Academy shows us an important lesson that is true grit. If you keep fighting till the end, who knows you just might be able to turn things around. In this game from round 2 of unrated category, we join the game at move no. 35 after white had already blundered a piece 20 moves ago. Let's take a look at the rest of the game (No analysis is given as both players missed a lot, still the creative ideas and will to fight shown by Aditya is more important than accuracy): 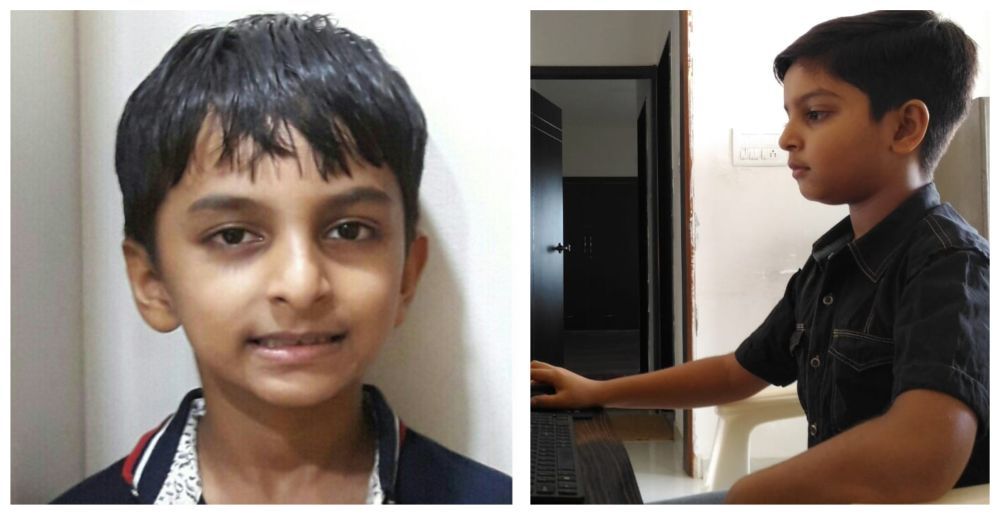 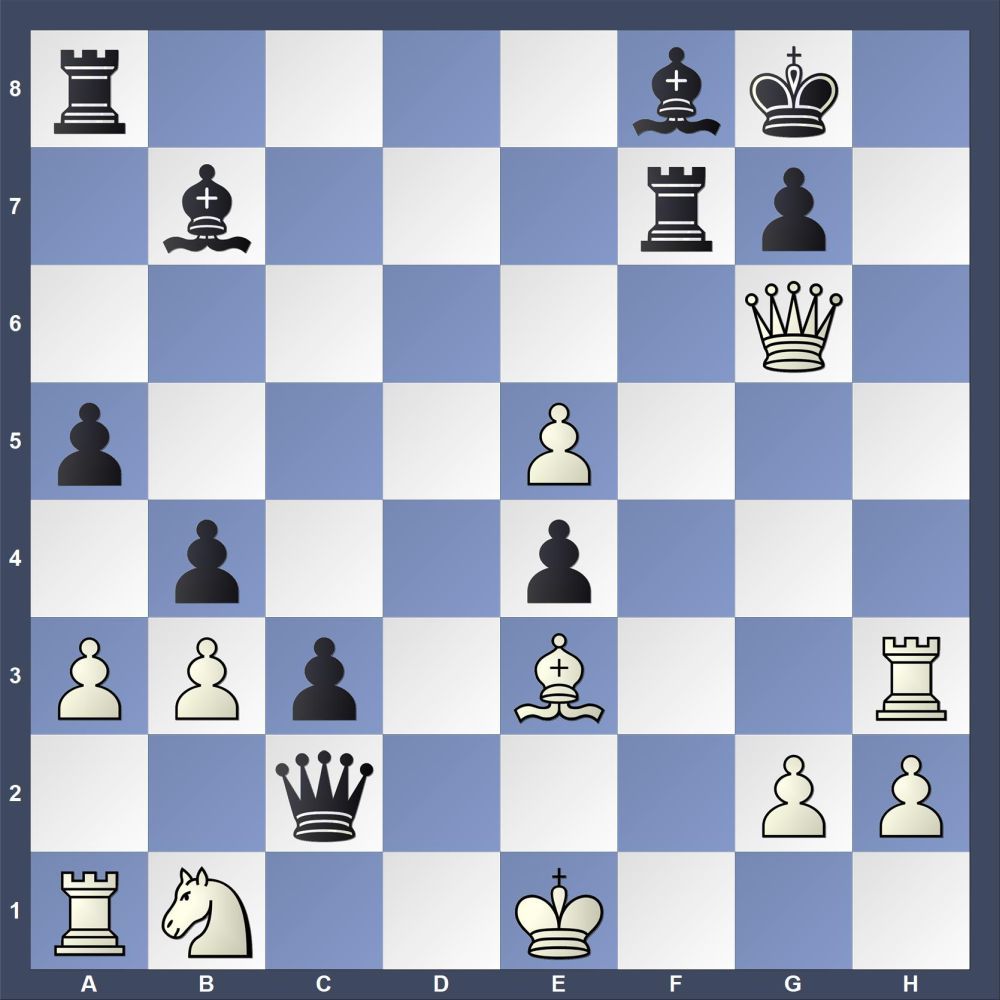 White just played 34. Qg6. Can you find out the correct finish for Black here? 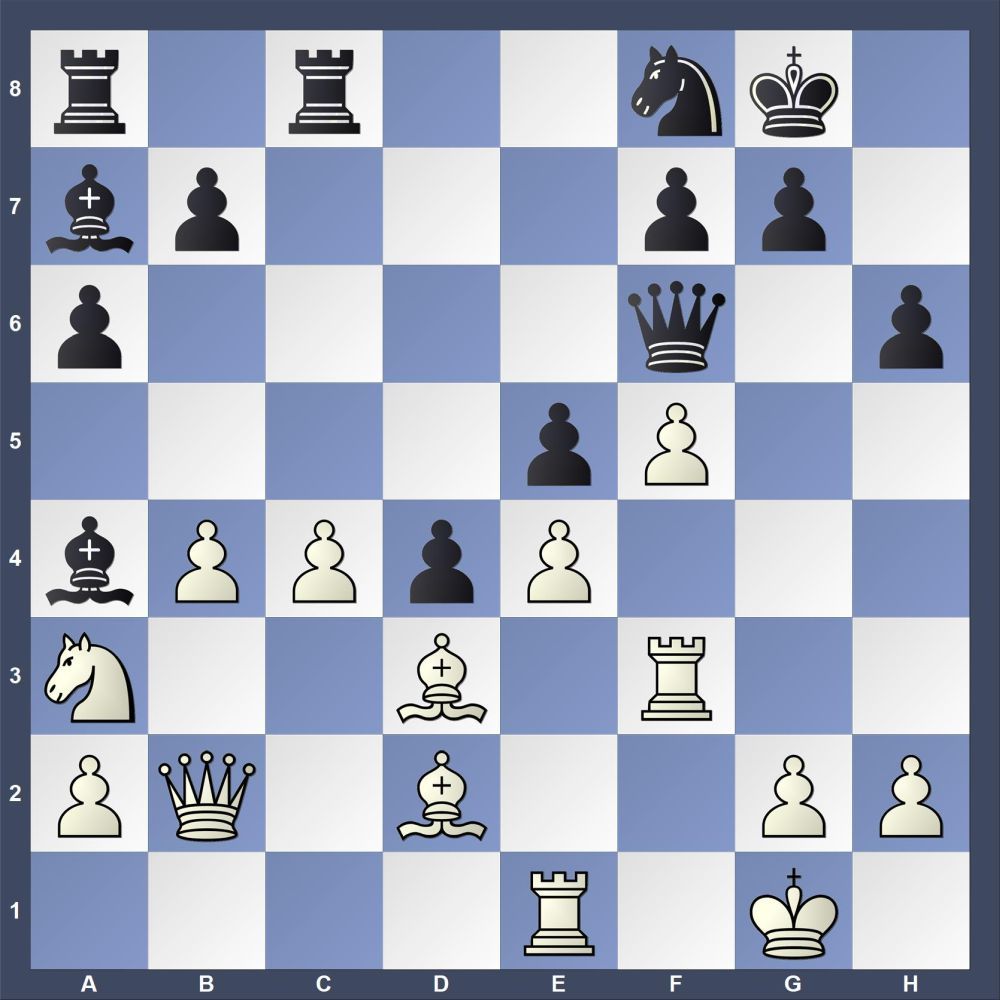 Black just played 22...Nf8. White has an initiative on the Kingside, how should White continue here? 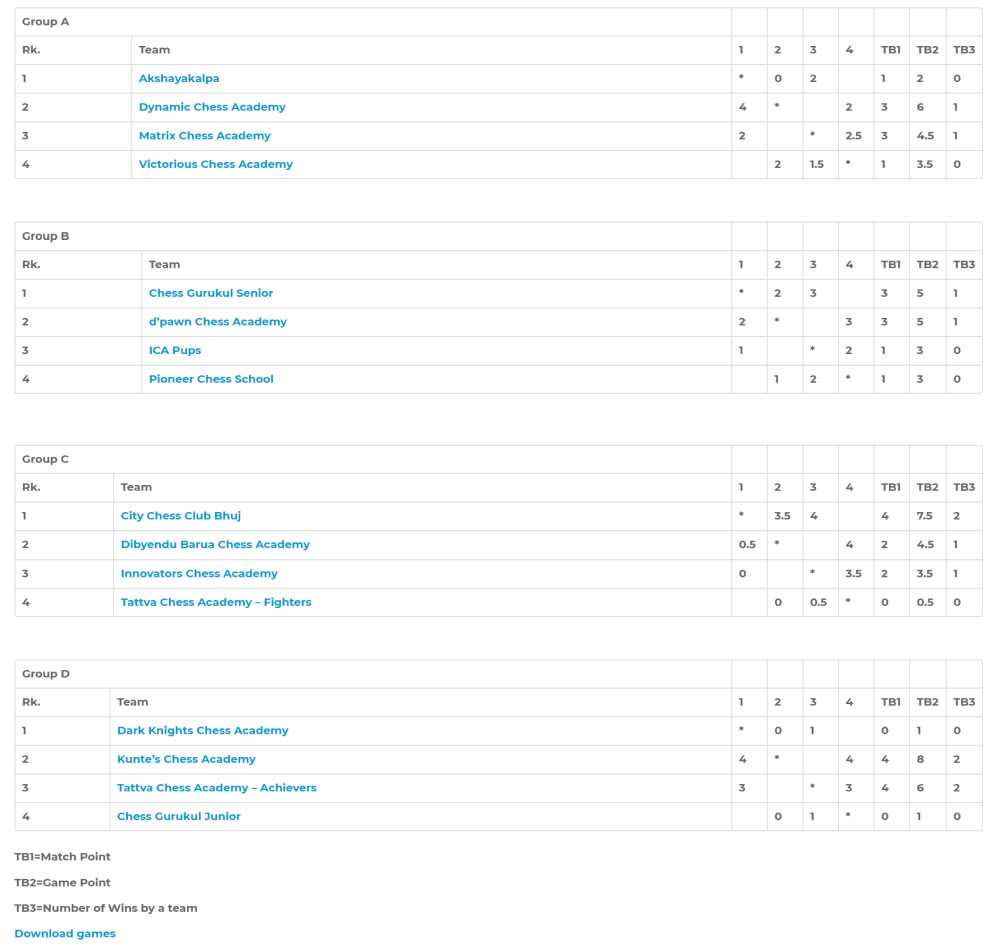 Unrated category standings after Round 2

Equations for the road to Semi-final in Unrated category:

Chess Gurukul Senior and d'pawn Chess Academy are both at the same point, each of them would like to score by the biggest margin so that tie-breaker does not come into effect. They are not going to face each other in the last round of the group stage, so we are definitely heading for a close finish in this group.

City Chess Club Bhuj is the sole leader heading into their last round of the group stage. They just need a draw to qualify for the Semis. A win would definitely cement their position in the semi finals.

This group's situation is very much like Group A. Both leaders are going to face each other. The winner qualifies to the semis and draw favors Kunte's Chess Academy. 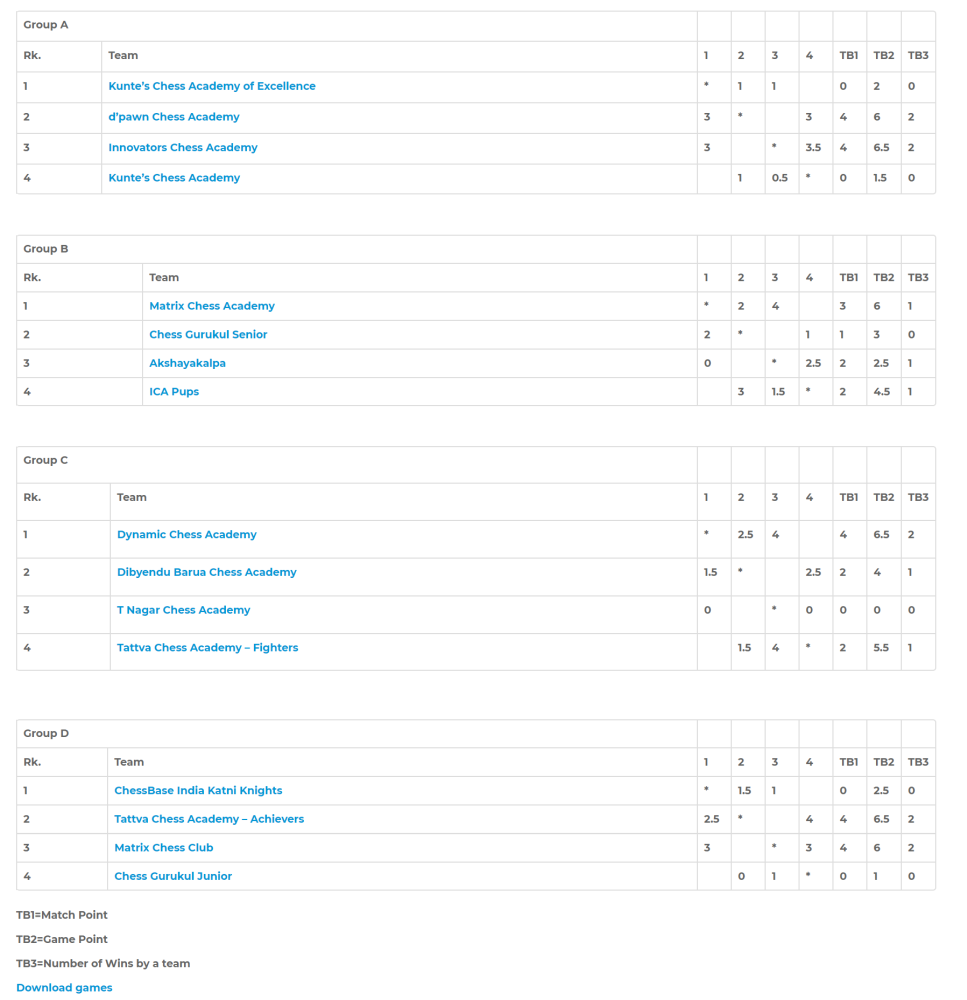 It is a close fight between Pawan Dodeja's d'pawn Chess Academy of Amravati, Maharashtra and Sushrutha Reddy's Innovators Chess Academy of Bengaluru, Karnataka. They are facing each other in their final game of the group stage. The winner will definitely book a spot at the Semi-final. ICA needs just a draw to qualify.

This group is contested between two teams for a place at the semis. Prasenjit Dutta's Matrix Chess Academy of New Delhi might just need a draw to qualify, however if ICA Pups beats them then they would be the one booking their place at the semis.

Manish Parmar's Dynamic Chess Academy is highly likely to qualify to the semis as they are the sole leader heading into their last round of the group stage. They just need a draw to qualify for the Semis. However, if their final round opponent Tattva Chess Academy - Fighters of Durgesh Kumaraswamy manages to beat them by a minimum score of 3-1 then they will move forward to the Semis. However a 2.5-1.5 win for TCAF will make things tie.

This group's situation is very much like Group A. Both leaders are going to face each other. The winner qualifies to the semis and draw favors Durgesh's Tattva Chess Academy - Achievers.