Karthikeyan Murali 6.5/8 is on the verge of winning the 54th Biel International Chess Festival MTO 2021. He just needs a draw in the final round as he has a better tie-breaks than his pursuers. A win would guarantee his championship. Although Gukesh could spoil his chances since he will face Karthikeyan in the final round. Gukesh, Salem and Eljanov are the only three players at 6.0/8. Nihal drew his game against Kamsky in the penultimate round. Thus his chances of winning the event got dashed. Alekseenko outplayed Gelfand to bring himself in the championship picture. The final round of GMT and MTO will start at 2:30 p.m. IST today. Photo: Biel Chess Festival

Karthikeyan is playing steady as he drew with GM Tamas Banusz (HUN) in the penultimate round. Although he had a slight opportunity in the endgame, he decided against it. Harshit Raja drew his game against GM Denis Wagner (GER) to score his final GM-norm and become the latest grandmaster of India. 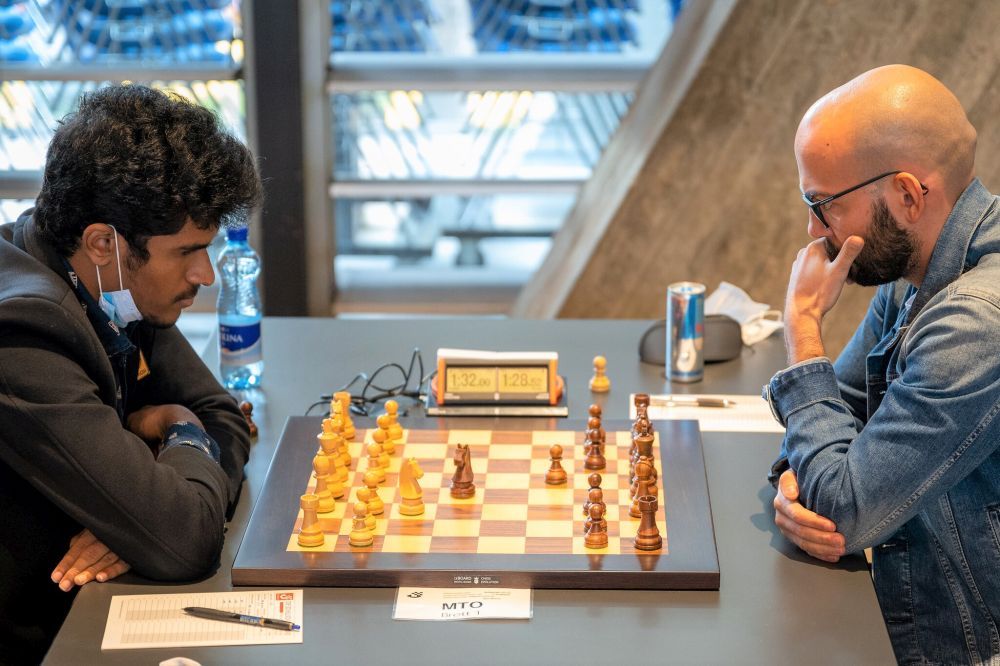 Karthikeyan is on the verge of winning the tournament | Photo: Biel Chess Festival

Kamsky opted for the Exchange variation in the Ruy Lopez. Pieces got exchanged at regular intervals and the game liquidated into an equal queen endgame after 30 moves. Draw became the obvious result and Nihal's hopes of winning the event got shattered. 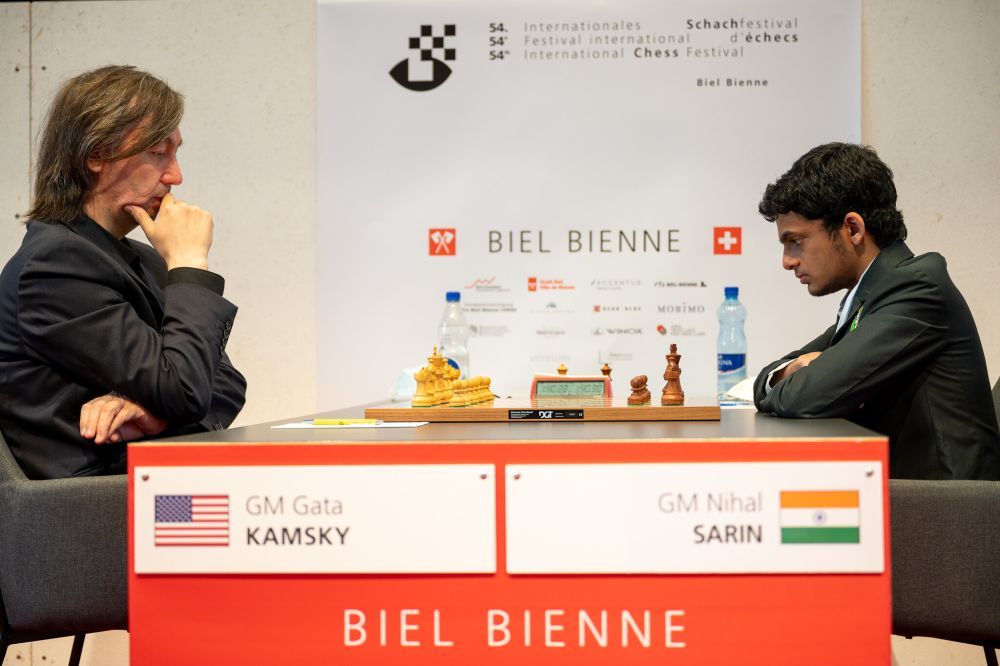 Alekseenko outplayed Gelfand to keep himself in the championship contention. 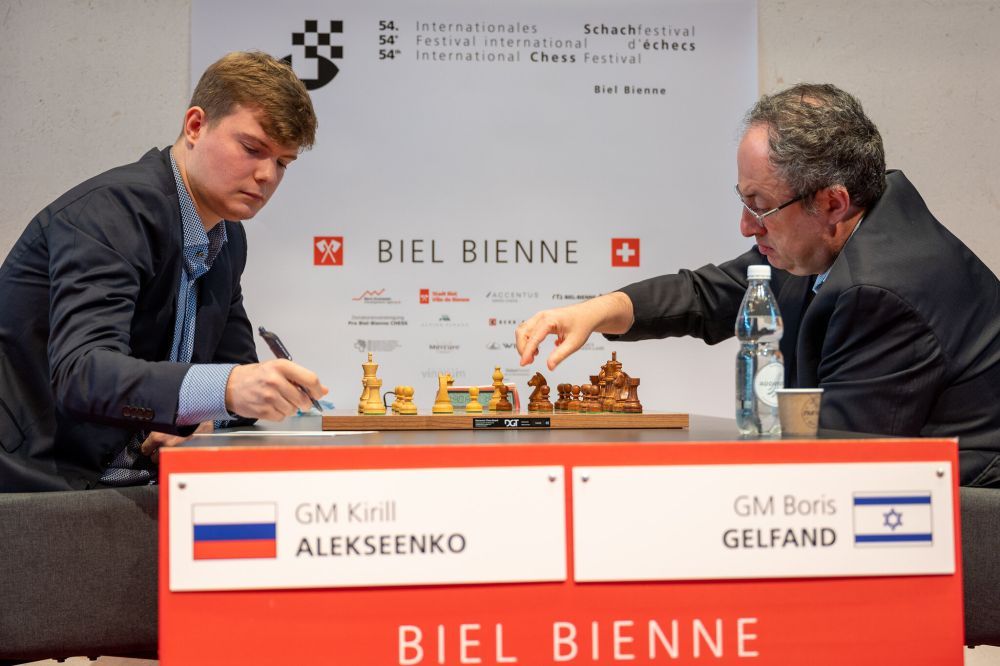 Karthikeyan made a solid draw with Tamas Banusz (HUN). However, his only chance was in the endgame. 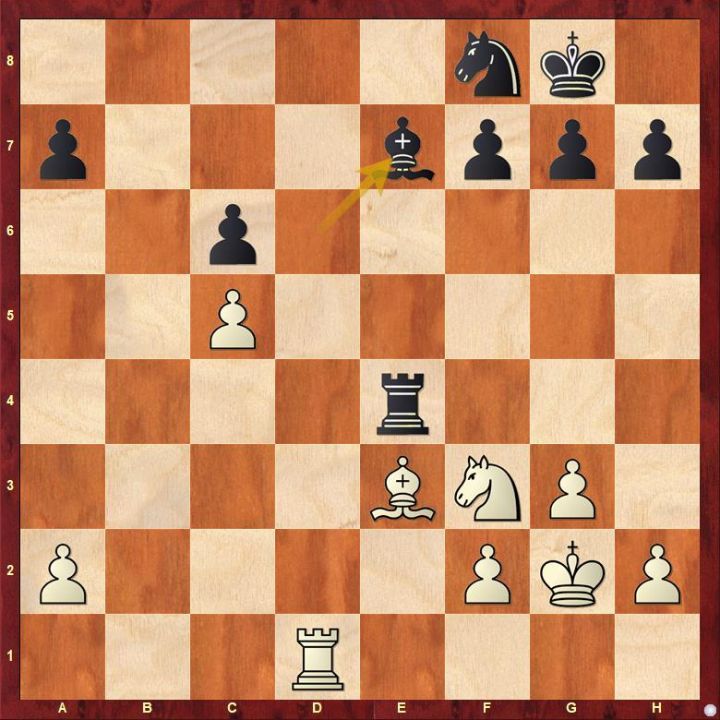 White could have tried 26.Rb1 instead of 26.Rd4. The rook, c-pawn and the bishop got exchanged consecutively. The game reached to a drawn knight endgame.

Praggnanandhaa went wrong early in the game when he sacrificed a pawn which his opponent used it against him. 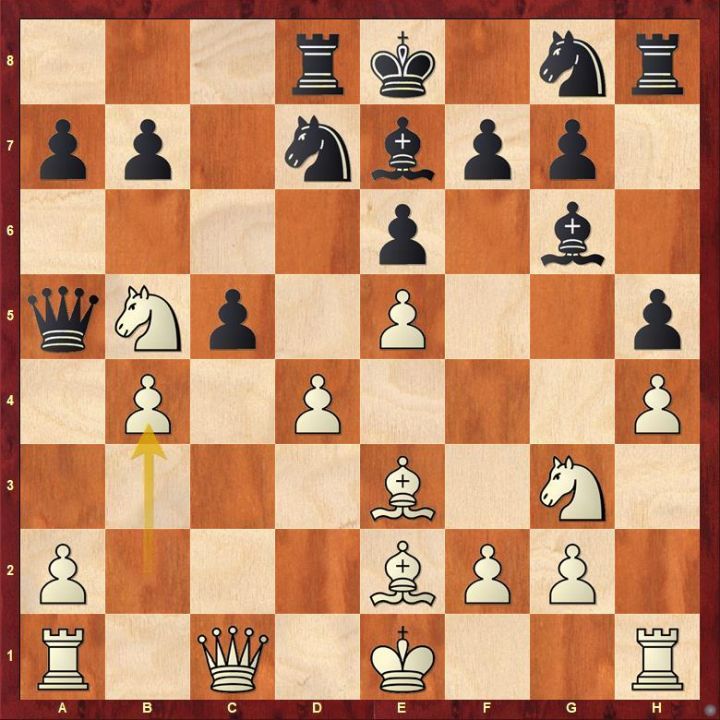 Ganguly made a questionable pawn sacrifice in the endgame, followed by an exchange of queens which gave his opponent, Gukesh, a decisive advantage. 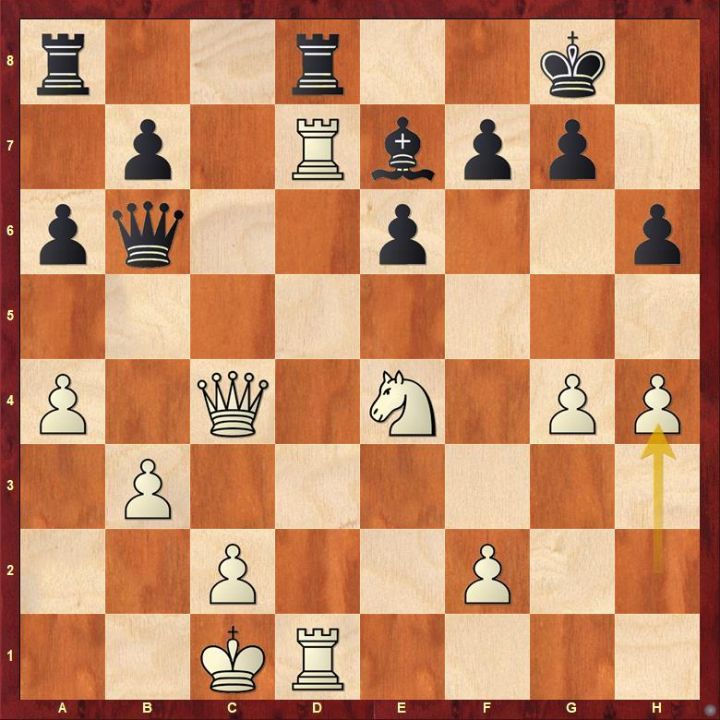 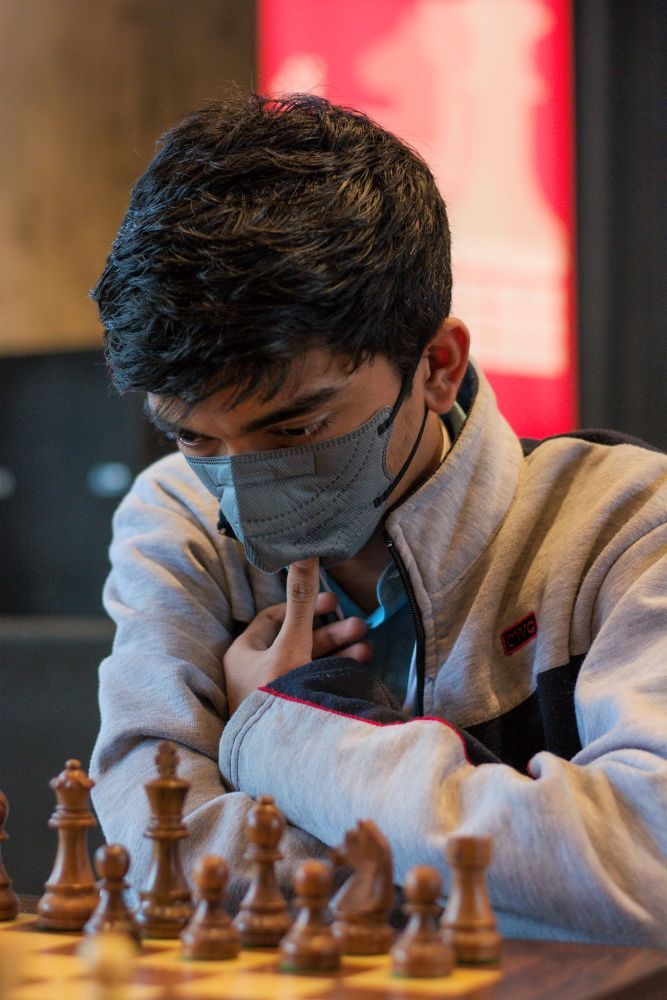 Sethuraman made a quick work of GM Andrew Tang (USA) in just 23 moves. 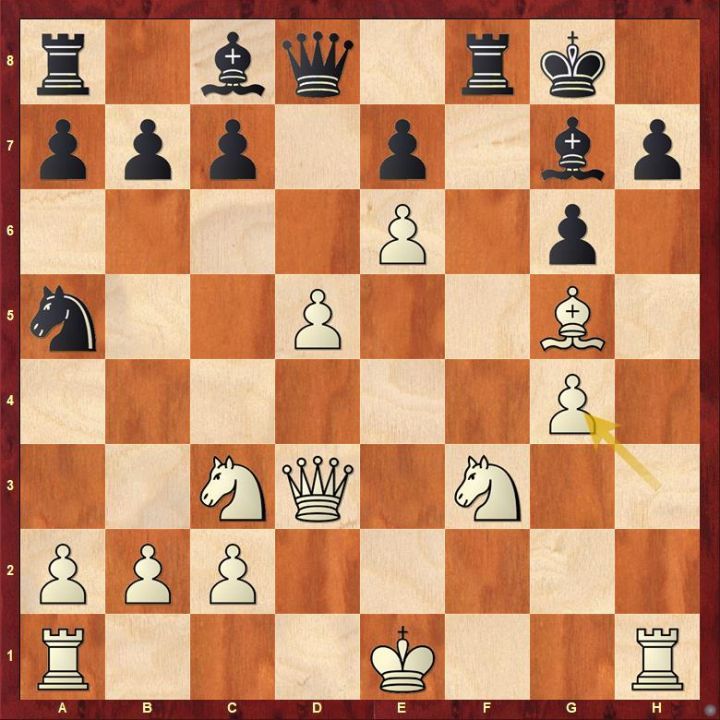 White had already made a few incorrect decisions, 29.b3 was the big one. Find out the best continuation for Black. 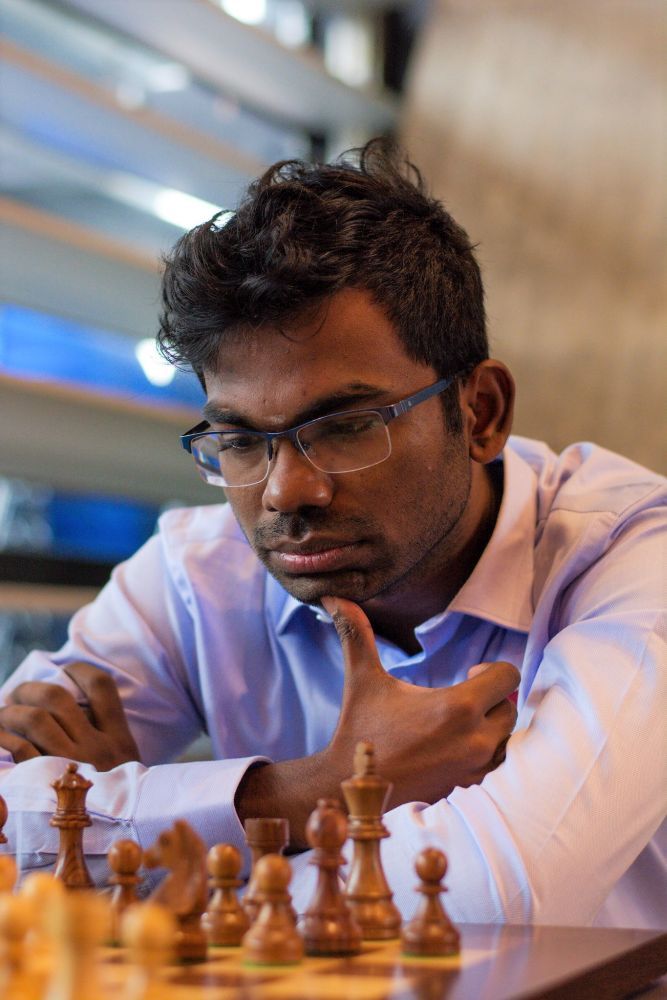 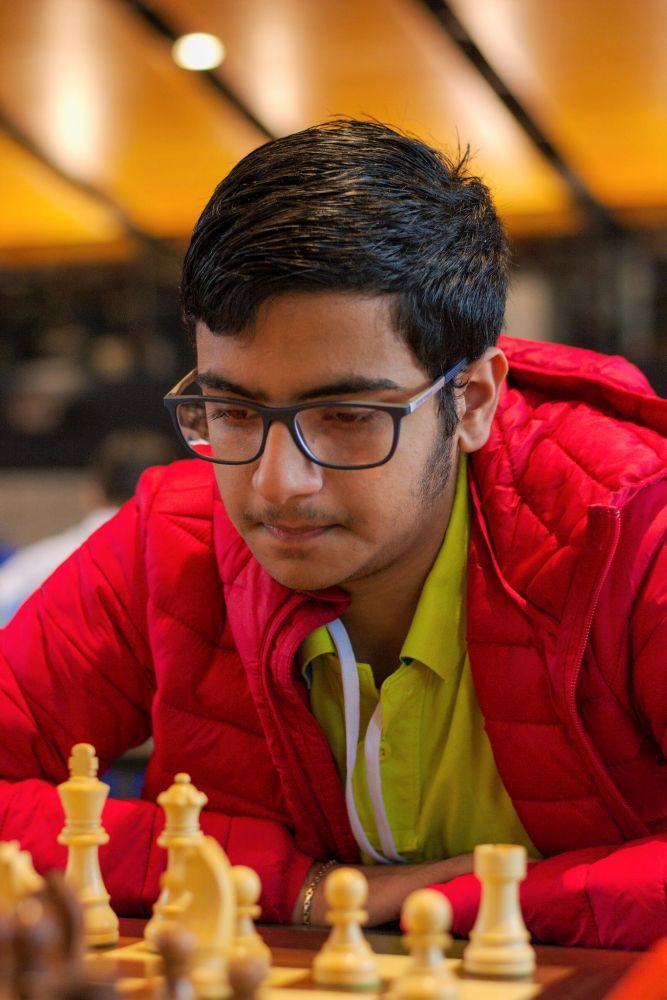 Here are a few interesting finishes from MTO Round 8 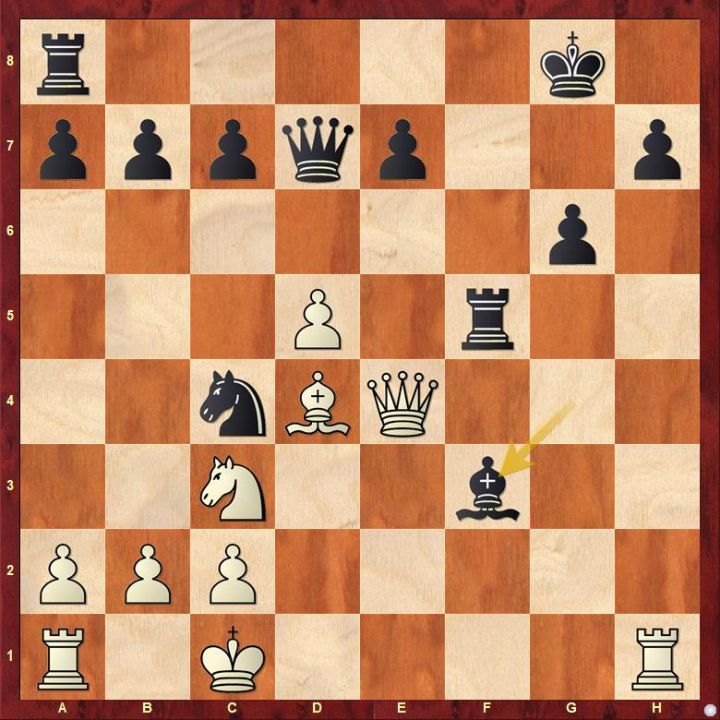 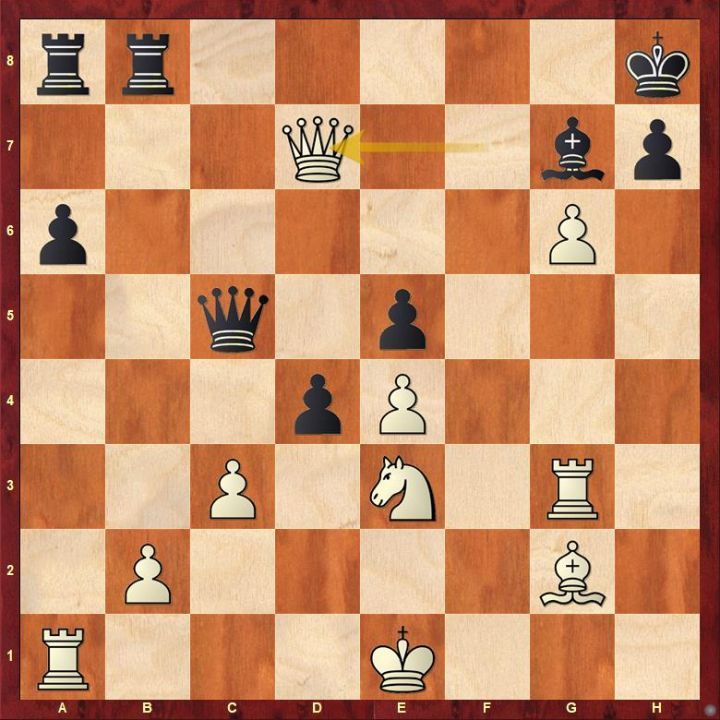 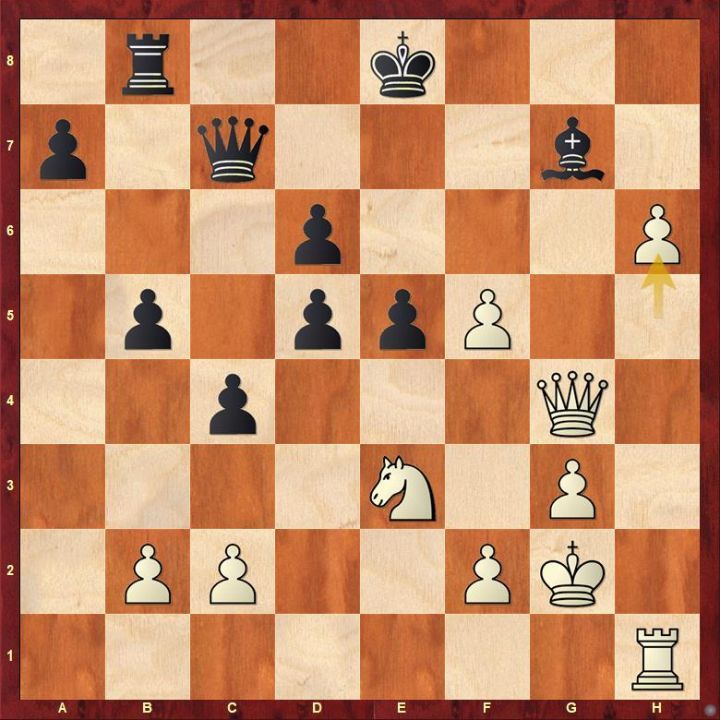 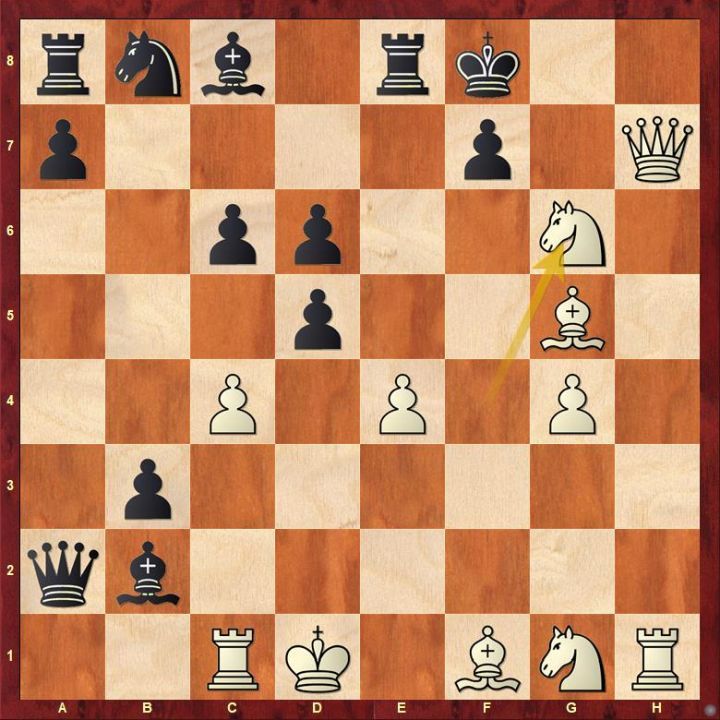