Twelfth seed Karthikeyan Murali maintained his sole lead by scoring a victory over Sethuraman in the sixth round of 54th Biel International Chess Festival MTO 2021. Eljanov is the only player who is a half point behind him 5.0/6. They will face each other in a crucial game in the seventh round. IM Harshit Raja scored a fine victory over GM Abhimanyu Puranik. GM Raunak Sadhwani held GM Maksim Chigaev to a marathon draw. Yesterday was a rest day for the GMT. The fifth round of GMT and seventh round of MTO will start at 5:30 p.m. IST today. Nihal has reduced the gap between him and Kamsky by winning the GMT Blitz on 31st July. He will face Keymer today against whom Nihal has a 3-1 score in this event. Photo: Rupali Mullick

Karthikeyan scored a nice victory over compatriot Sethuraman in the sixth round to maintain his sole lead 5.5/6. GM Pavel Eljanov (UKR) is the only one who is a half point 5.0/6 behind him. Five players are behind the Ukrainian at 4.5/6. They are - Banusz, Ganguly, Erdos, Tang and Kantor. 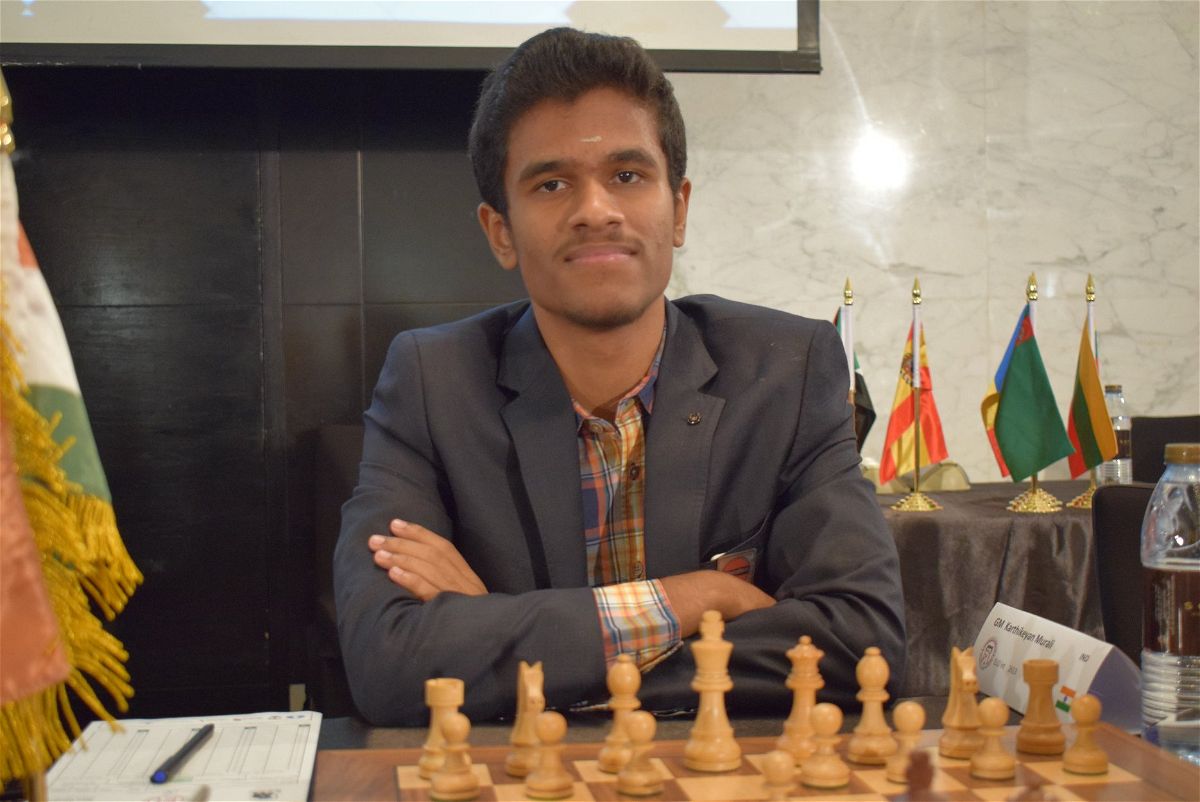 Karthikeyan is still in the sole lead | Photo: Rupali Mullick

Karthikeyan's relentless attack was capped off with a nice combination, but before that, his opponent Sethuraman could have done tactics of his own and saved the position. 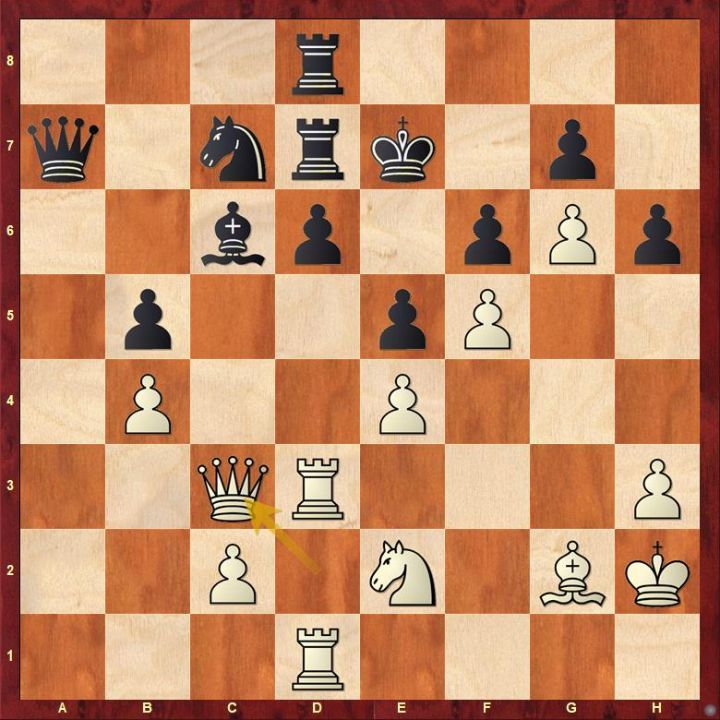 White's kingside is a little vulnerable. How can Black take advantage of that? The game continued 35...Qb6 36.Qb3 Kf8. Find out the finish for White.

Banusz had a substantial advantage in both middlegame and endgame but he was unable to convert it. 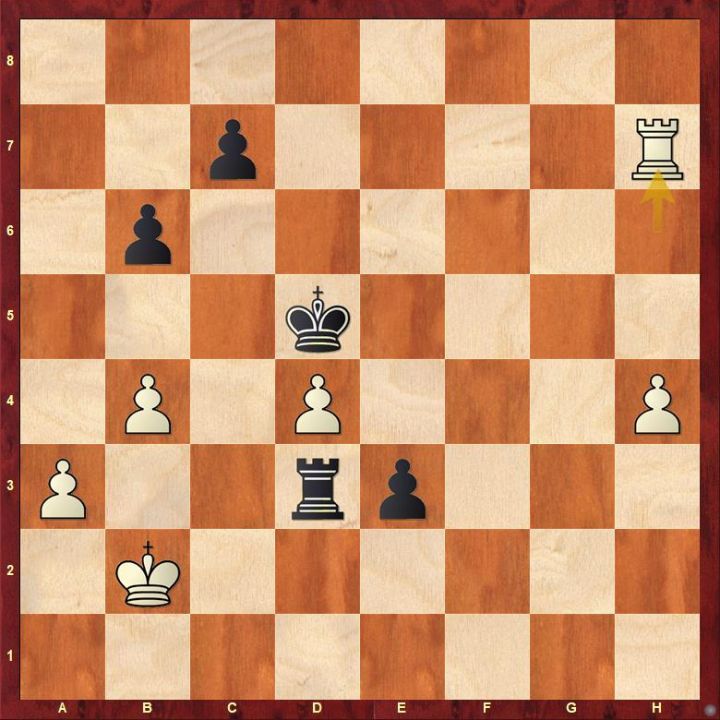 Black is completely winning in the above position. Find out the best plan for Black.

Raunak Sadhwani had a marathon draw with Maksim Chigaev. The 15-year-old had to defend a rook vs rook and knight endgame for 50-moves.

In a battle between two good friends from the same city, IM Harshit Raja prevailed. However, GM Abhimanyu Puranik had his opportunity to bring things back to balance. 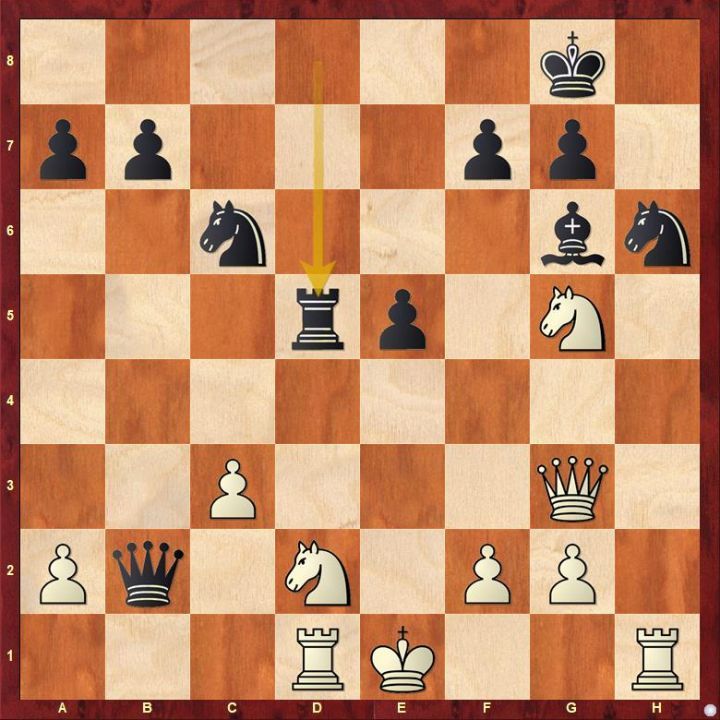 White can do a pretty nice combination to restore equilibrium. Find out how. 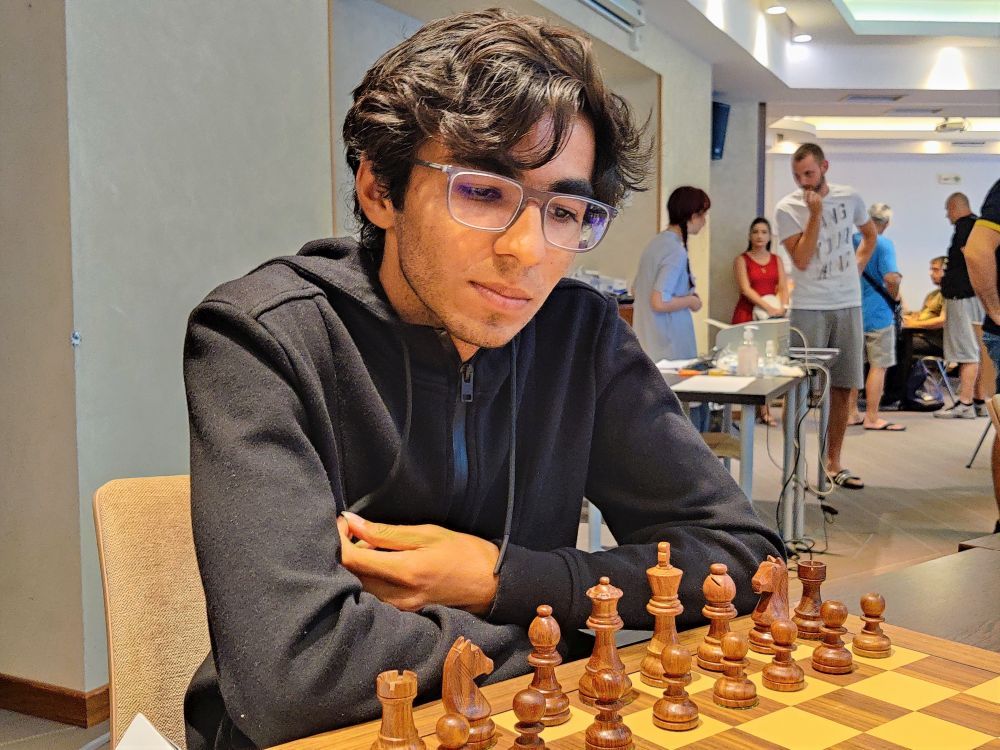 Harshit can become India's next GM in this very event | Photo: Rupali Mullick

Here are a few interesting finishes from Round 6 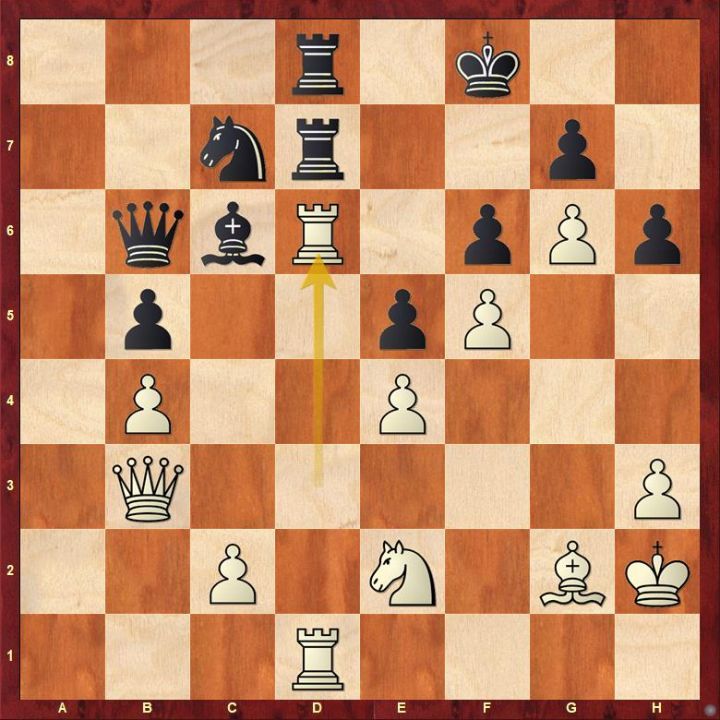 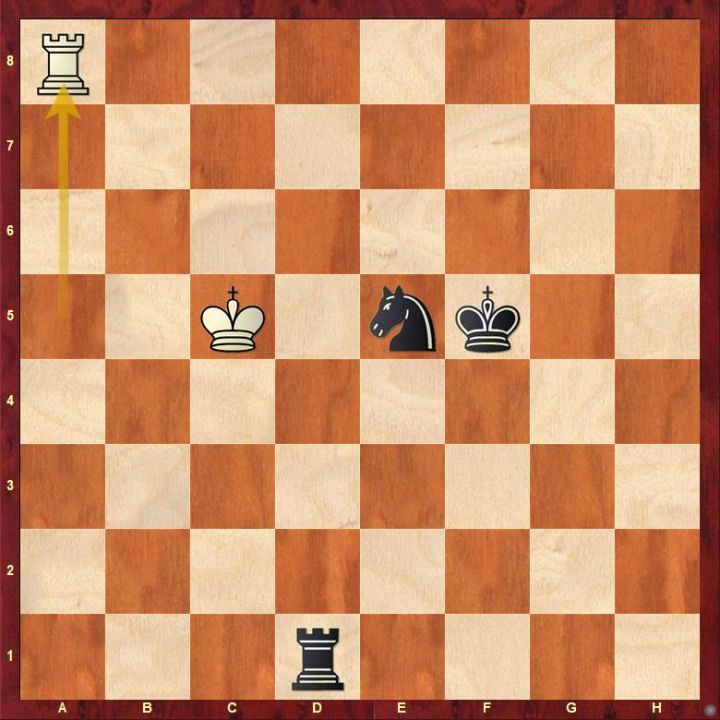 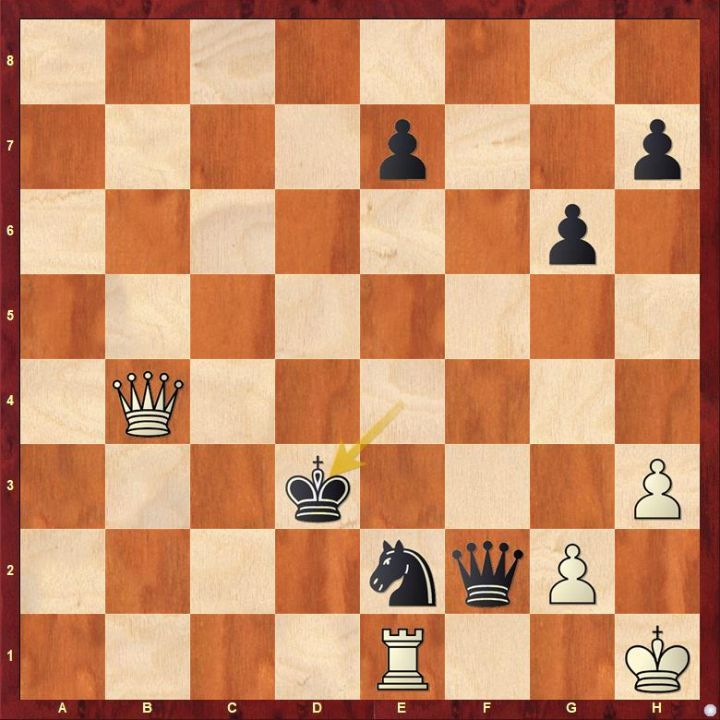 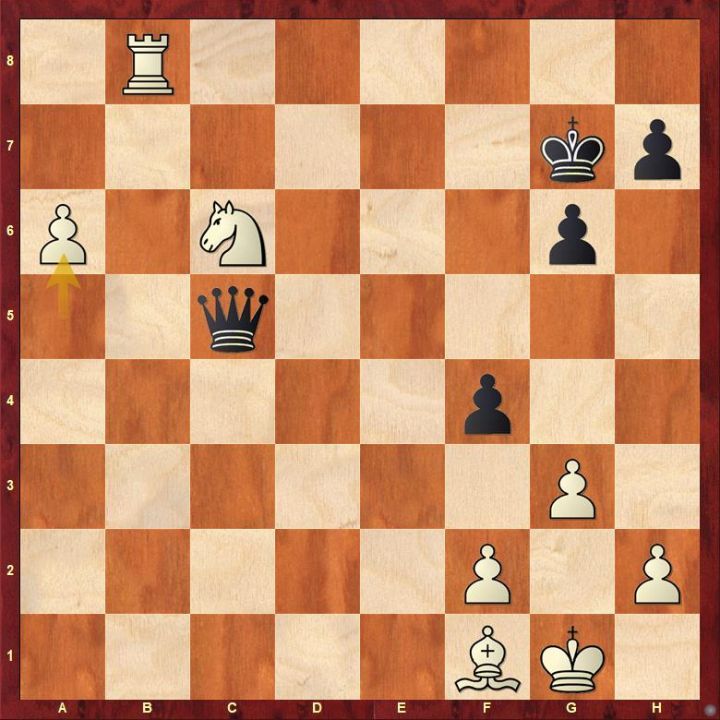 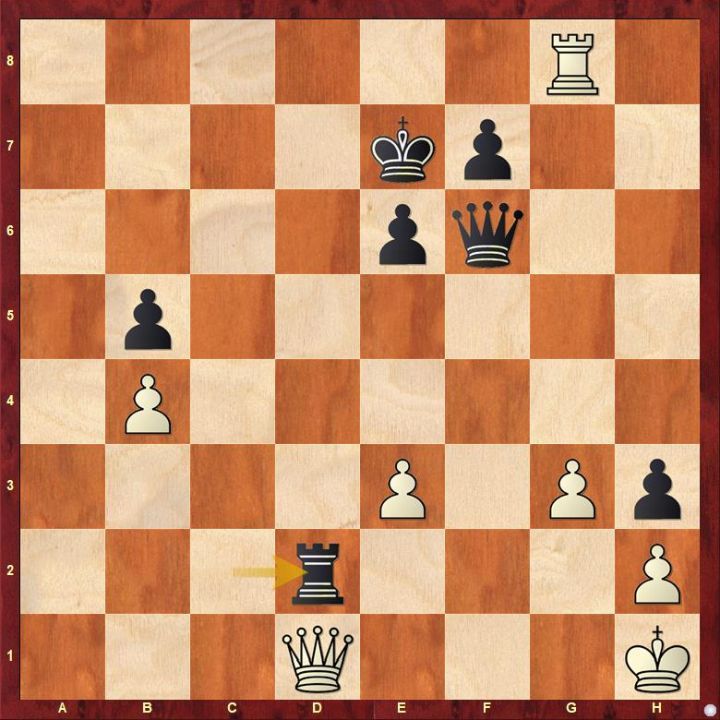 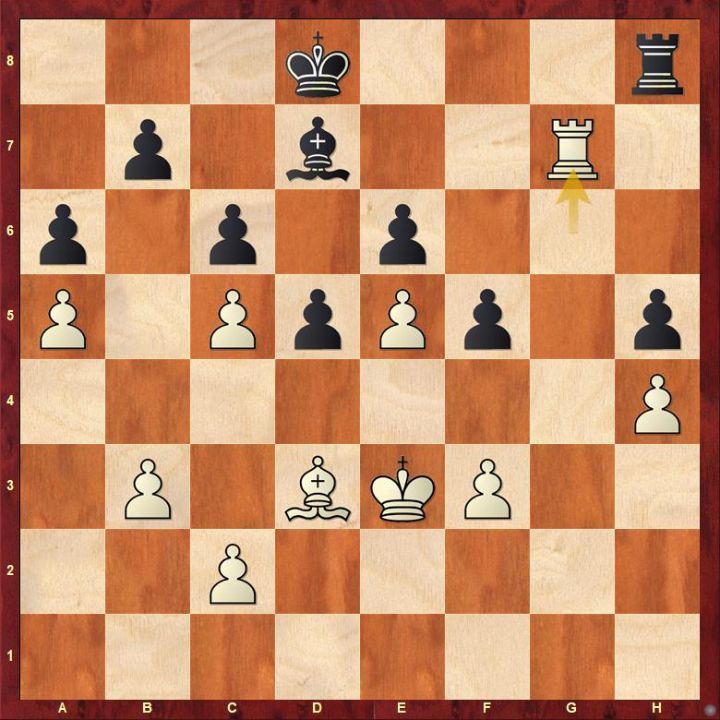