The third game of the Women World Chess Championship in Tehran saw one of the best games of the tournament so far! What else could make a championship as spectacular as this than to have the the best games of the event take place in the very last rounds! Trailing by a point, Anna Muzychuk could not believe her eyes when she was given the chance for the classic Greek gift with a bishop sac on h7. Full report with analysis by GM Elshan Moradiabadi.

The 28th of February may be Anna Muzychuk’s birthday but in 2017, Anna just might prefer March 1st! Being down 0.5-1.5 and having her last game with the white pieces, Anna Muzychuk went into the game all ready for a tough fight. Tan Zhongyi once again opted for the French but this time she went for the mainline with 3…Nf6 instead of her successful Rubinstein from the first game.

The players followed a rare line of theory until Tan Zhongyi blundered horribly and let Anna finish the game with a known ‘Greek’ bishop sacrifice on h7. Anna knew the key moves and played them all until she got a completely winning position. After that it was all about when Tan Zhongyi would throw in the towel. 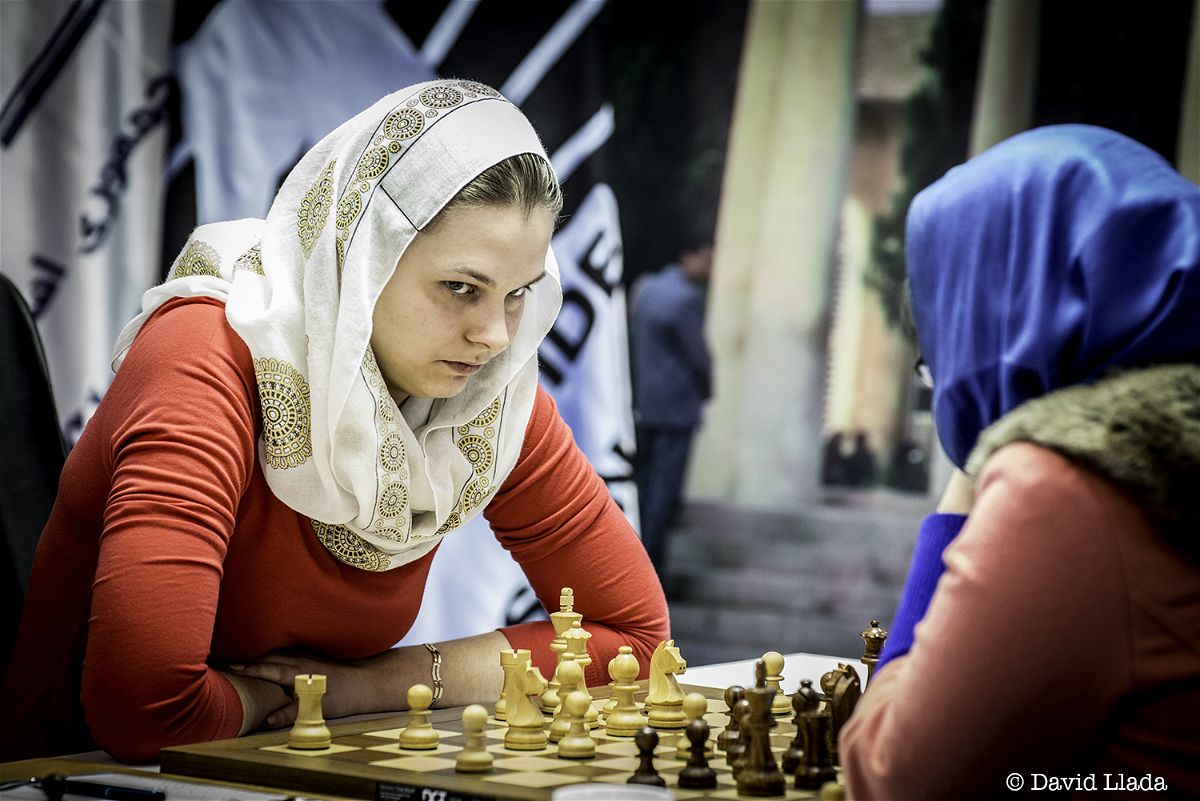 Keeping her best poker face on, Anna Muzychuk probably couldn't believe her opponent would allow the classic sac, and could just look serious.... and hope. 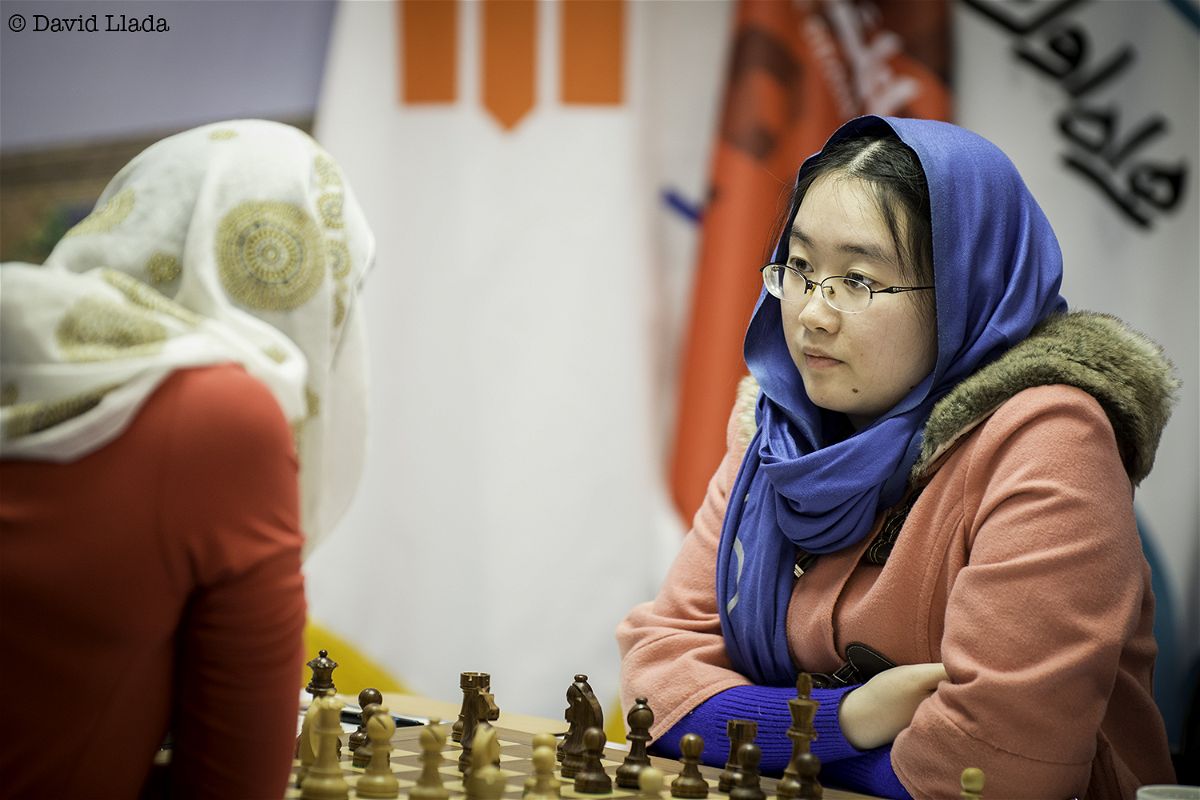 The fateful blunder on the board, Tan Zhongyi stares at her opponent. Did she realize at this point the gravity of what she had done, or did she think somehow this was a bluff?

The game ended as early as move thirty and tomorrow we will watch the very last classical game in this world championship, in which Tan Zhongyi will have the white pieces. A tough battle ahead indeed! 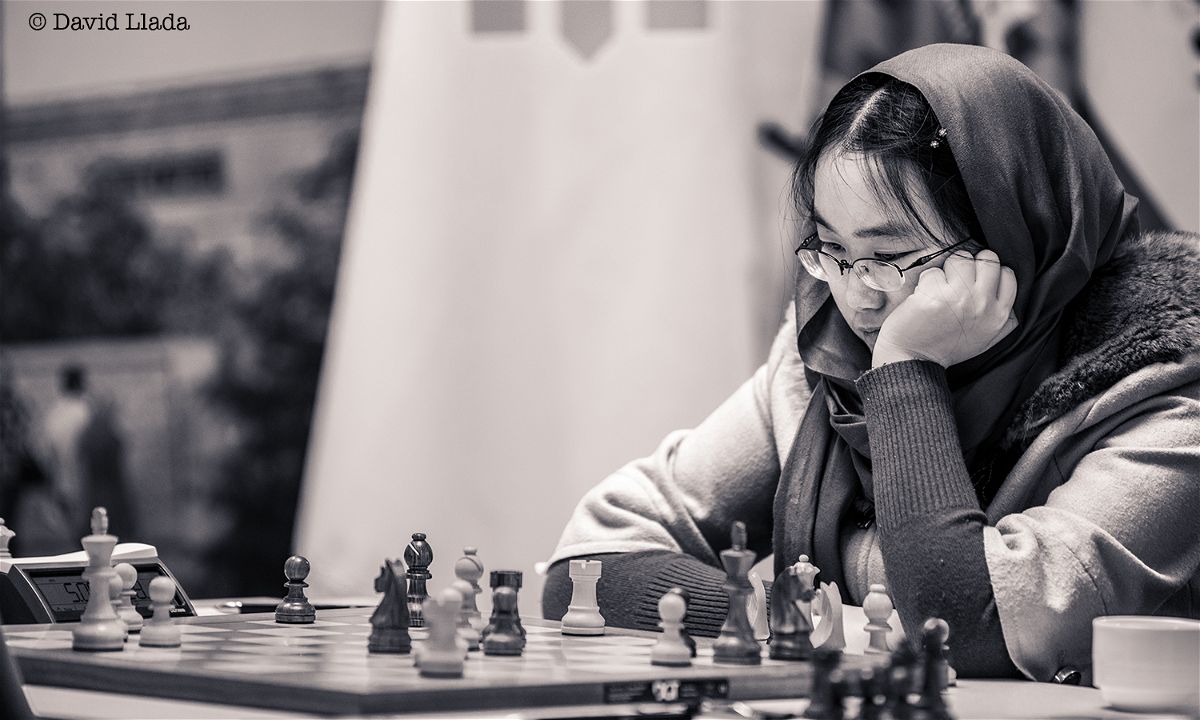 A face of misery and disbelief. She could only wonder what had she done? 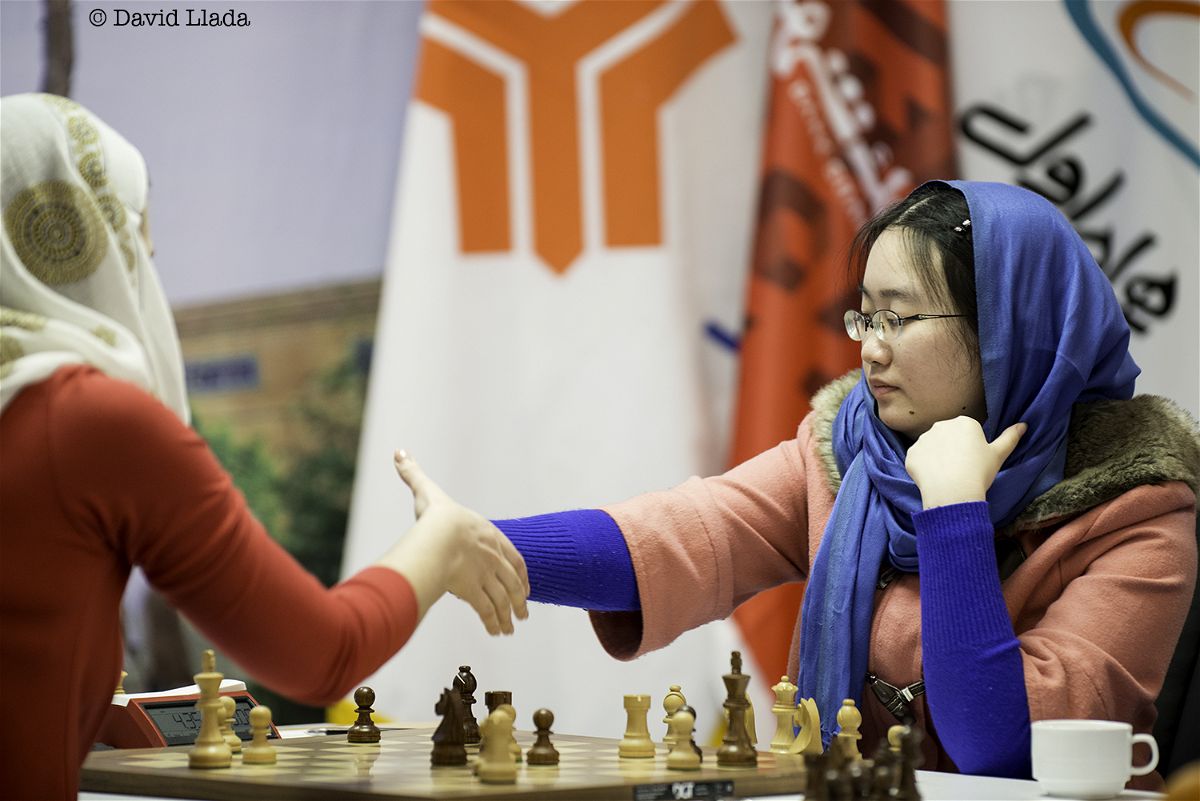 Having finally calmed herself, Tan Zhongyi extends her hand. Time to move on. 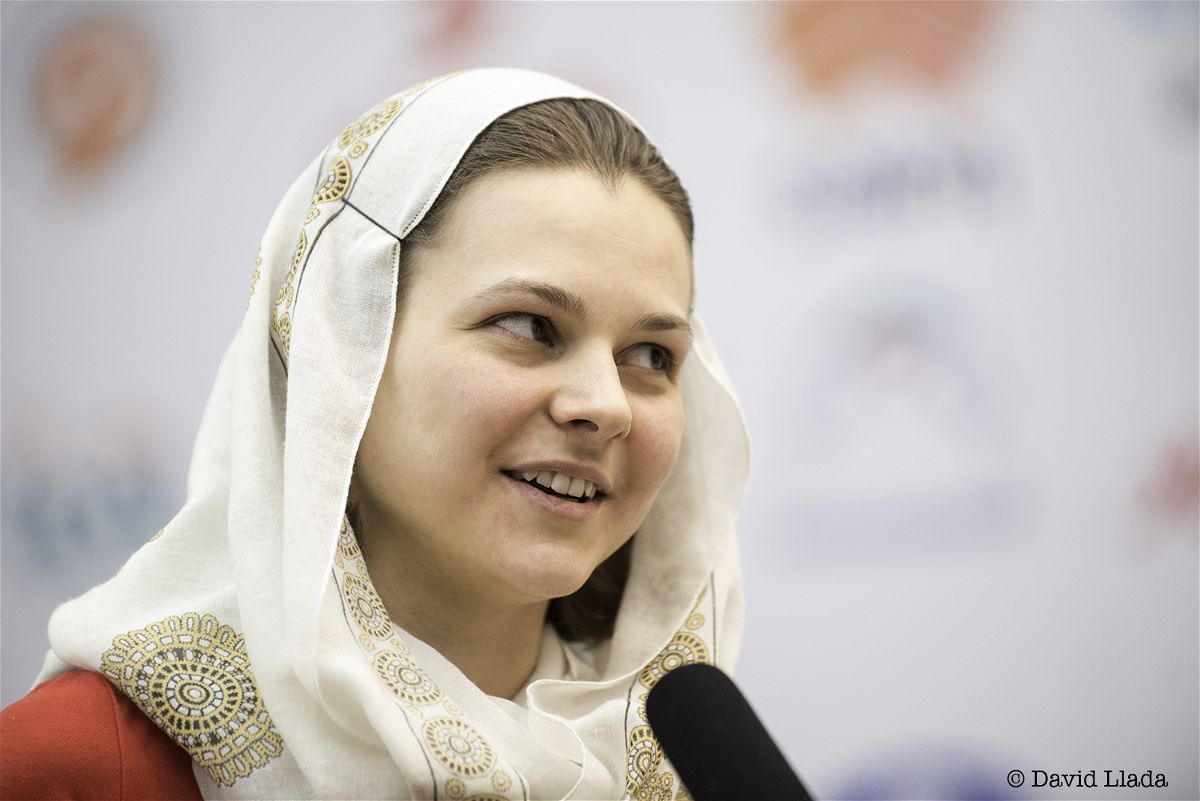 An elated Muzychuk talks to the press

However, the Chinese player has shown great resilience against adversity, so she is absolutely not to be counted out! The score is now tied 1.5 - 1.5 with one game to go in the classical time control.