Karjakin came to the ninth game with a full point lead. Magnus was raring to play aggressive chess even with the black pieces and went for the Arkhangelsk system in the Ruy Lopez. In the resulting position Carlsen had some kingside weaknesses to play against while Sergey had an extra pawn and the bishop pair. The Challenger's advantage proved to be superior as the World Champion had to be ultra resourceful in order to save the half point. Full analysis, key positions and vivid images from the ninth game.

FWCM 09: A balance of attack and defence 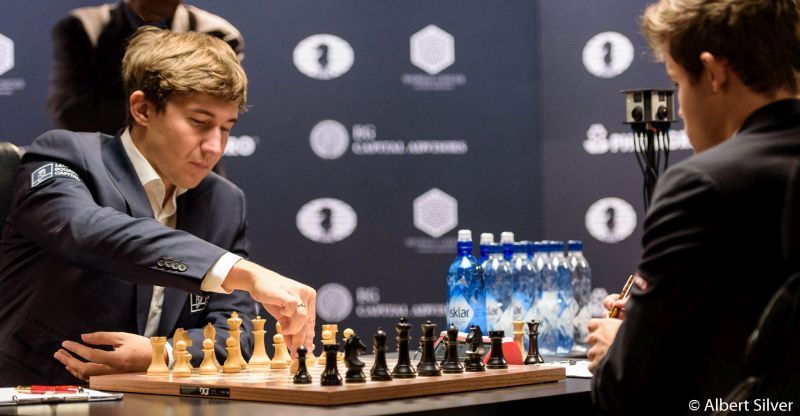 In a must-win situation playing 1.e4 is a very risky idea. The number of drawish lines in the Berlin makes the white player's life extremely difficult. However, when you are leading the match, then 1.e4 is an extremely solid choice. The onus is shifted on Black's shoulders and he has to make all the efforts to get a fighting game. Not an easy task. If you play theory, you are bound to get into slightly inferior or equal positions, and if you do not play theory then you could well end up with a minus position.

In the ninth game of the World Championship Match 2016 Magnus had the same problems to face. He was trailing the match 4.5-3.5 and had to get an interesting position with the black pieces. What was his choice? 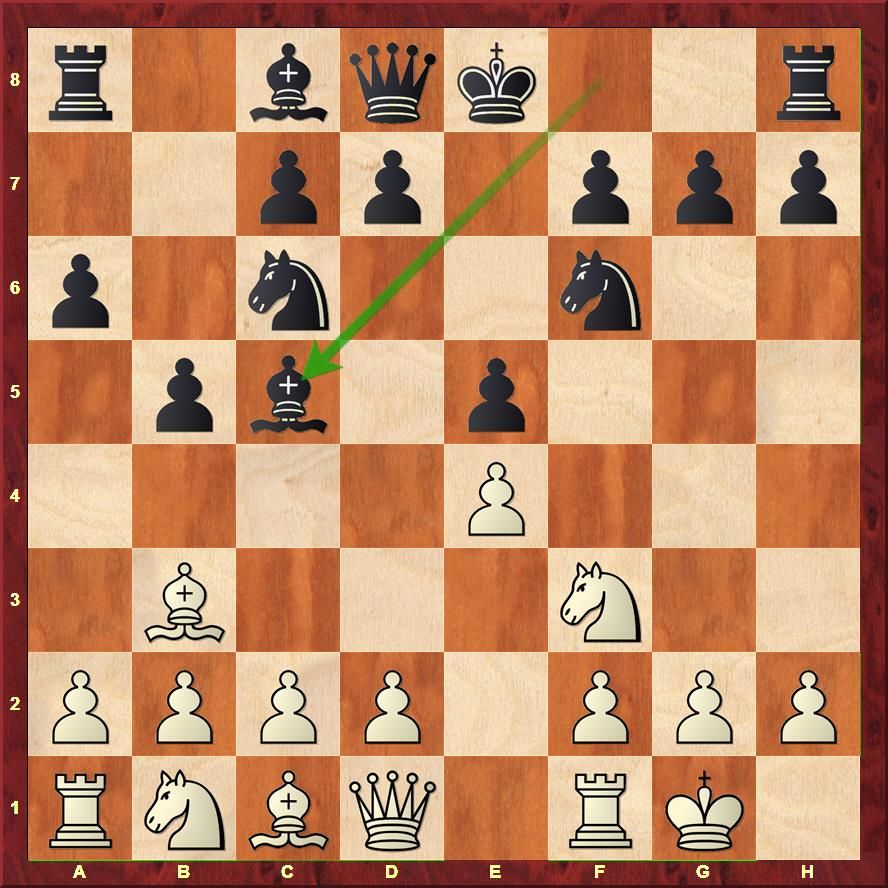 Magnus went for the Arkhangelsk variation in the Ruy Lopez with 6...Bc5 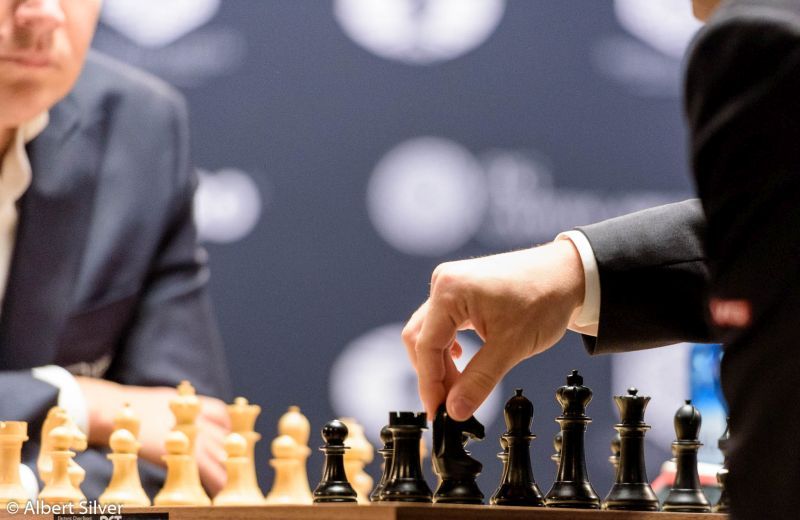 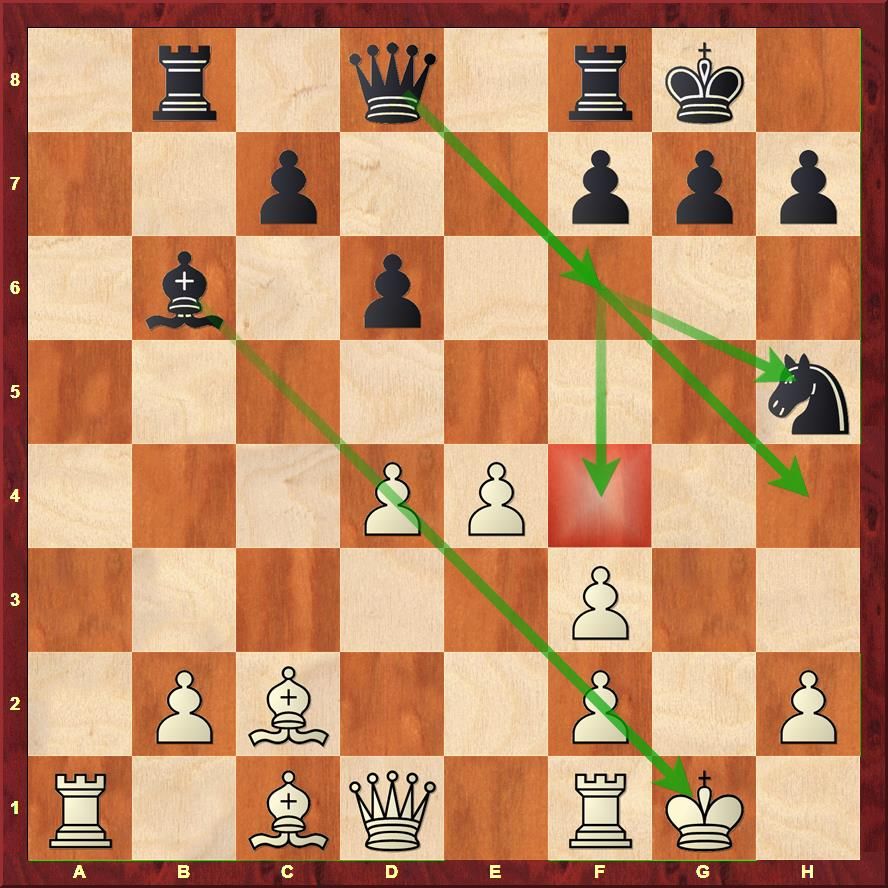 It was true that Black got an unbalanced position. For a pawn deficit he got a chance to ruin white's kingside structure. However, Karjakin had things under control. He tucked his king into h1 and got his rook to use the open g-file. 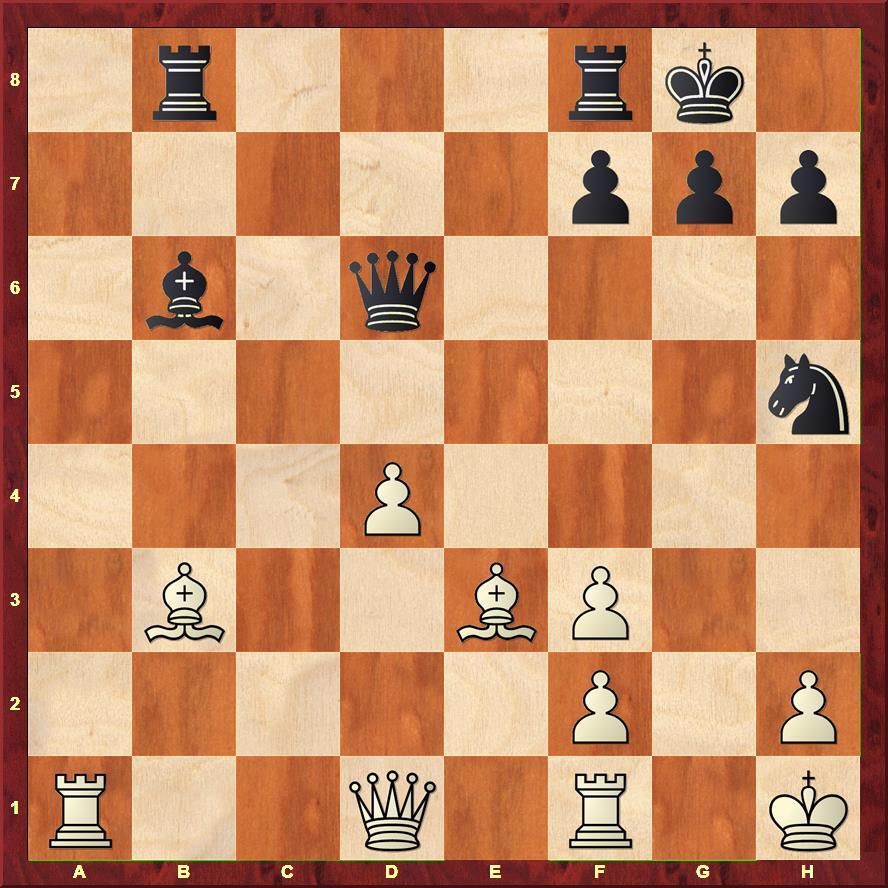 Soon the position turned into a one sided battle. It was clear that the weaknesses on the kingside didn't mean much, but the extra pawn and bishop pair were the more potent factor. Carlsen was looking at only two results from here. A draw or a loss. Note that if it were Black to play he would have nearly won the game with ...Bc7. But it was White's turn and he pinned the bishop with Ra6! 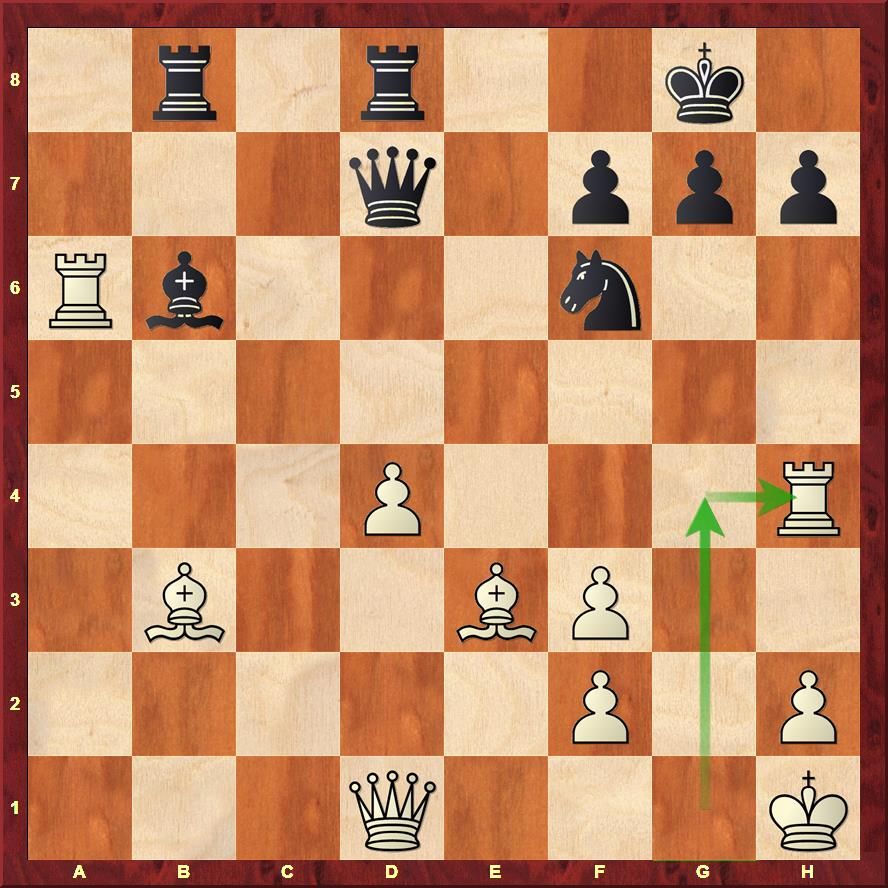 Karjakin's rook transfer to h4 was missed by Carlsen 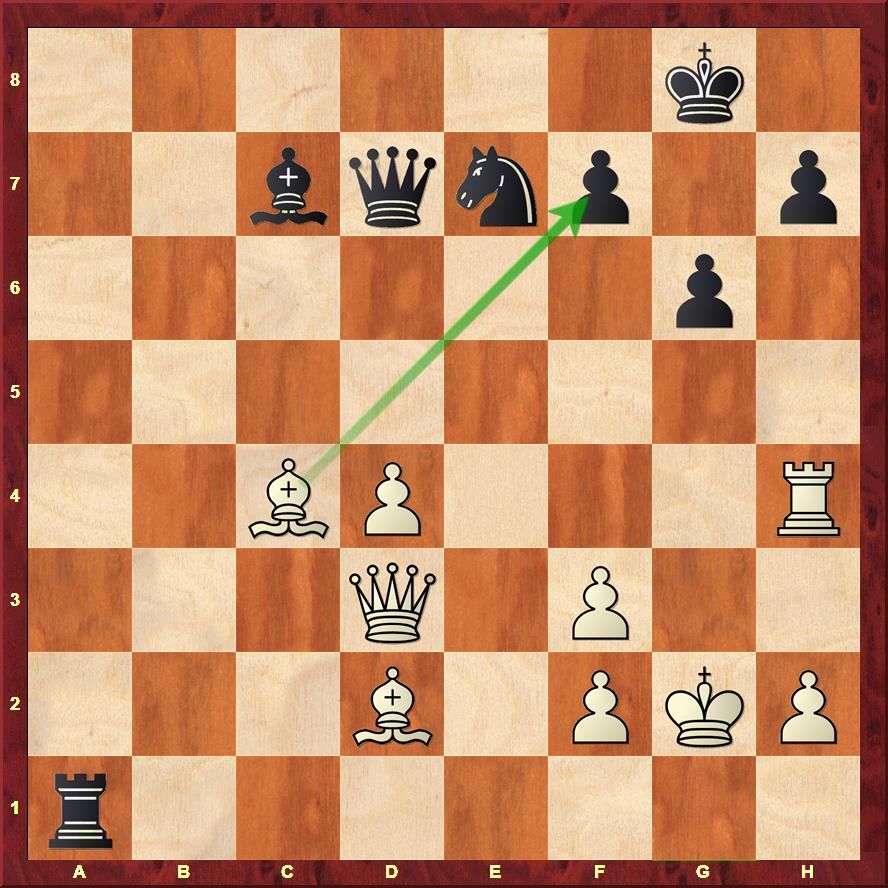 And on move 39 came the most critical moment of the game. Sergey Karjakin showed that his level of confidence had risen considerably and he sacrificed his bishop on f7. Truth be told, the lines were not clear. But he backed himself and went for the best continuation in the bishop sacrifice line. But, maybe the move 39.Qb3 was stronger as ...Nf5 is anyway met with 40.Bxf7+! 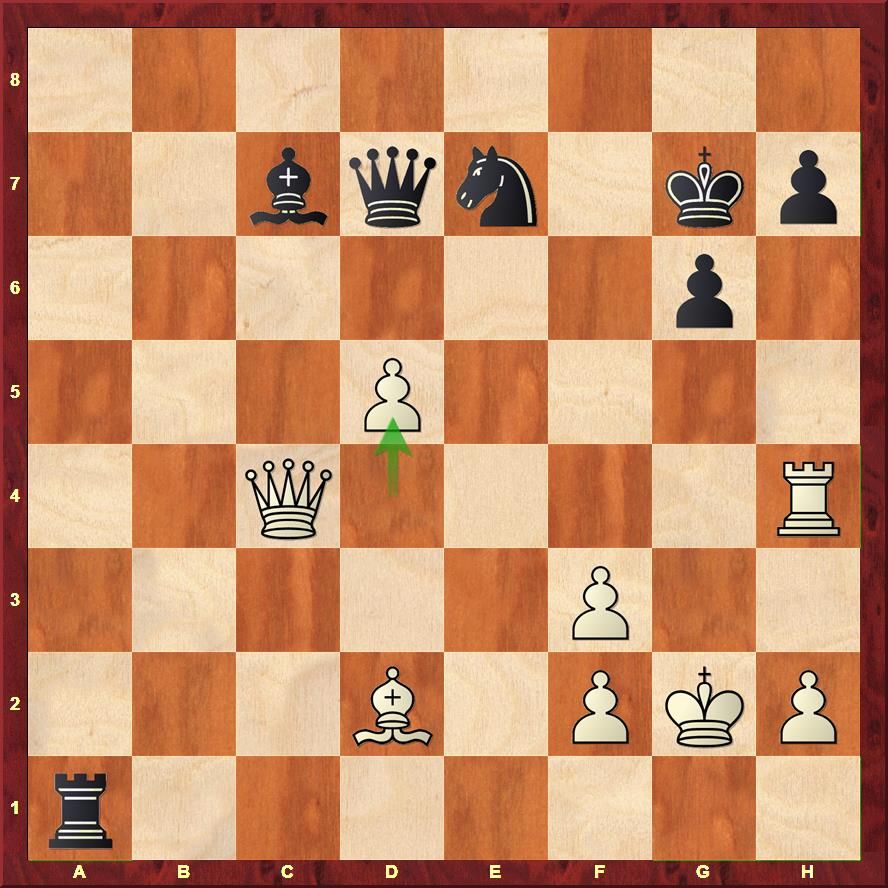 The move 41.d5! was an excellent one. With threats like 42.Bc3+ the position is not at all easy for Black to defend. 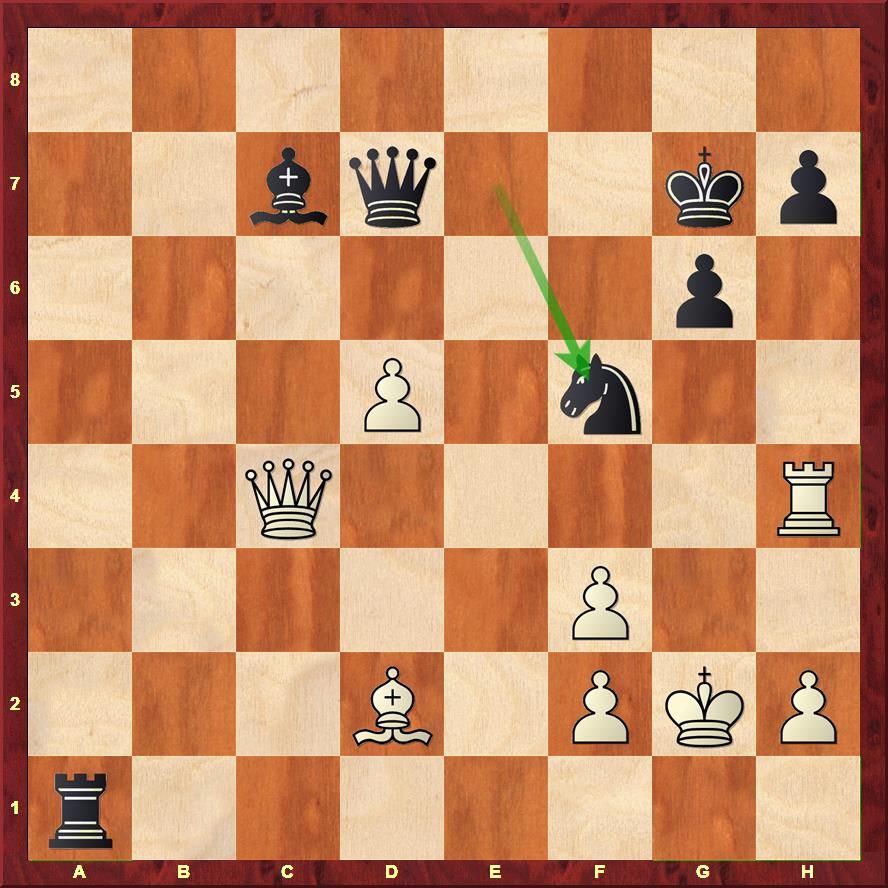 Magnus found the best possible defence in the position with 41...Nf5! Computers might not agree with this, but practically this was the strongest and the easiest way to try and hold the position. 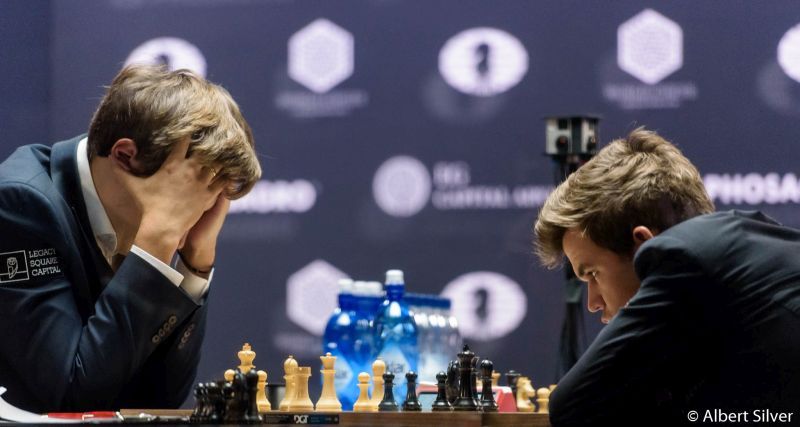 That's what giving 100% means. Sergey has his head in his hands and Magnus' eyes are emanating intense concentration. 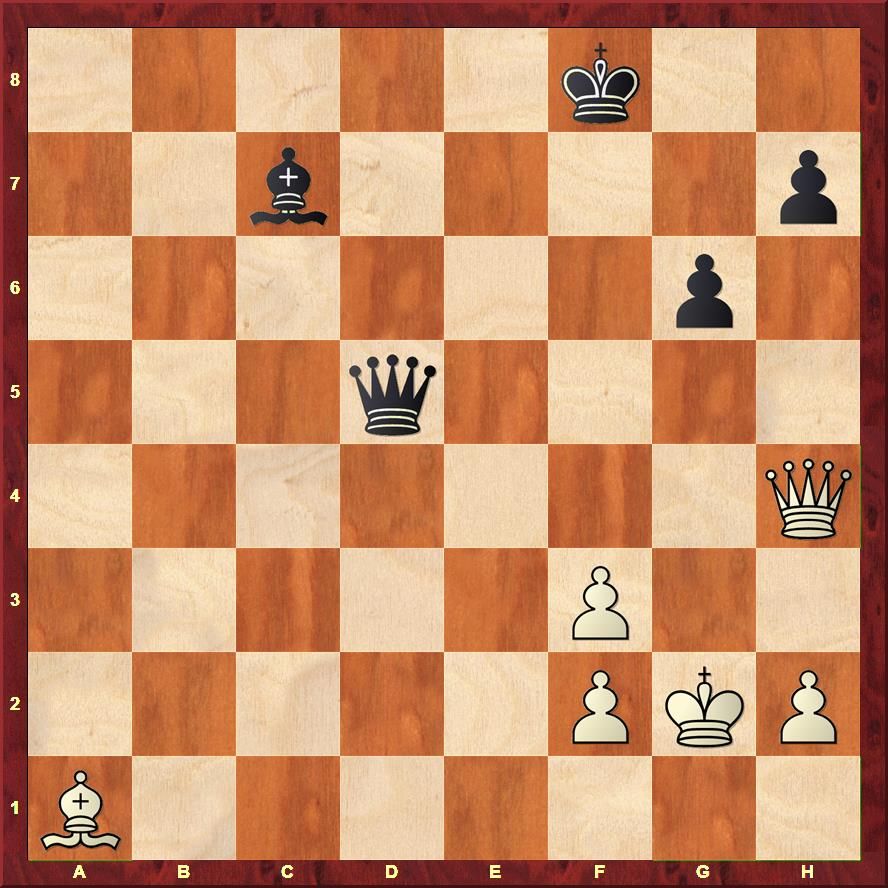 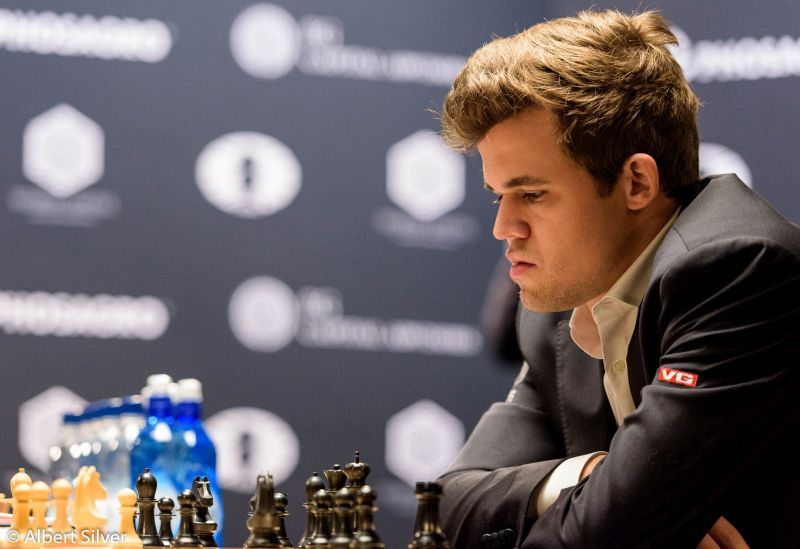 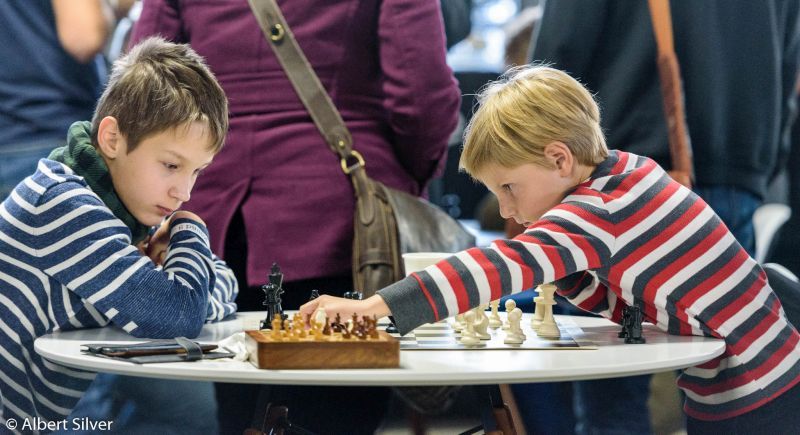 That's what a World Championship can do to youngsters! Chess fever!