GM Sriram Jha won the 4th Bhopal Open 2016 held from the 20th-25th of December 2016. He scored 8.5/10 and emerged ahead of Srinath Rao thanks to a better tiebreak. His last round win against Anup Deshmukh was a perfect demonstration of what Sriram is so good at. Simple, purposeful and logical play. We have the game annotated for you, as well as impression, stories and videos from the event. Do not miss the end of the article for a discussion on the most number of wins tiebreak.

It was the last round of the Bhopal Open 2016. Srinath Rao was leading the event together with IM Anup Deshmukh on 8.0/9. Behind them was a pack of three players GM Sriram Jha, Ankit Gajwa and Anish Gandhi on 7.5/9. This was how the pairing looked in the last round.

The first tiebreak was direct encounter and the second one was the most number of wins. In case there was a tie between Srinath Rao and Anup Deshmukh, the former would win as he had won their individual encounter.

The grandmaster from Delhi had some different intentions. Sriram played a super solid game with the white pieces, not giving Anup Deshmukh any sort of chances. He won the battle and moved to 8.5/10. On top board Srinath Rao drew his game against Ankit Gajwa. Rao also scored to 8.5/10. However, he had seven wins and three draws, Sriram Jha on the other hand had eight wins, one draw and a loss. As the third board between Anish Gandhi and Chakravarthi Reddy ended in a draw, Jha was adjudged as the champion of the 4th Bhopal Open. 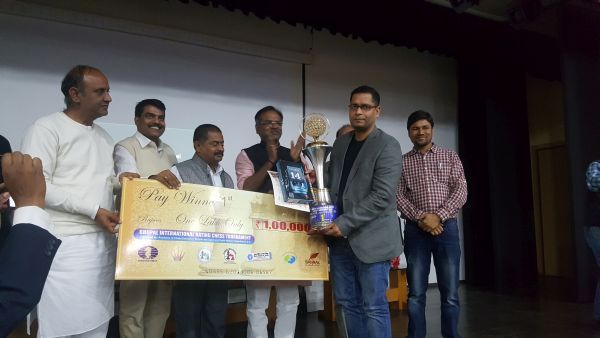 For his efforts, Sriram Jha went back home with a cheque of Rs.1,00,000,
a glittering trophy and a ChessBase 14
One could say that Sriram was a tad lucky. He had drawn his third round against Ashwin Daniel and lost to Anish in the fourth. He then won all his six games. "This is pretty unusual for a solid player like me!", said Jha after the event ended. While there might have been some luck element for him in his tournament victory, the way he played the last round, showed that strong players always rise to the occasion.
GM Sriram Jha vs IM Anup Deshmukh 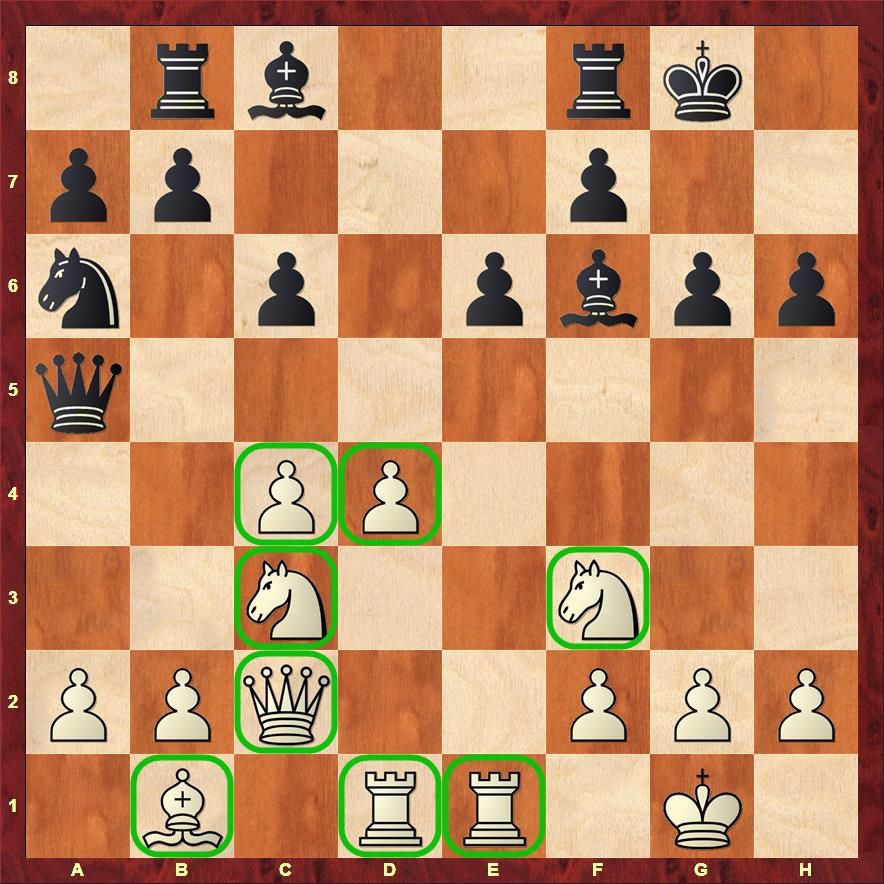 After the event came to an end, we caught up with the winner and asked him about his decision to play in this event, the problem of double rounds, what are his future plans and also a thing or two about his wife Viji, whom he considers to be one of the most talented players he has ever seen. 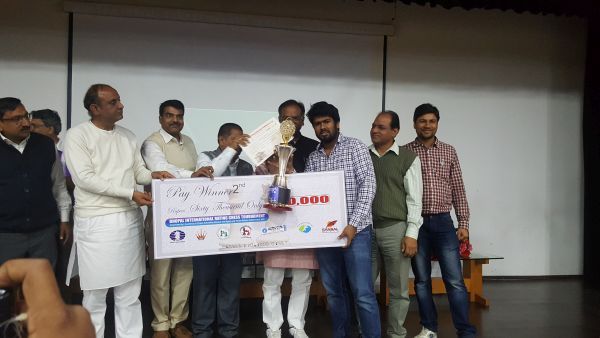 Srinath Rao finished second and won the prize of Rs. 60,000

The story of Srinath Rao is inspiring. The boy lives in Pune and has stopped his studies so that he can pursue his passion - chess. He plays all over India, trying to win prize money, so that he can sponsor his trips to Europe and foreign countries. It's this determination and dedication which makes him a winner in life. 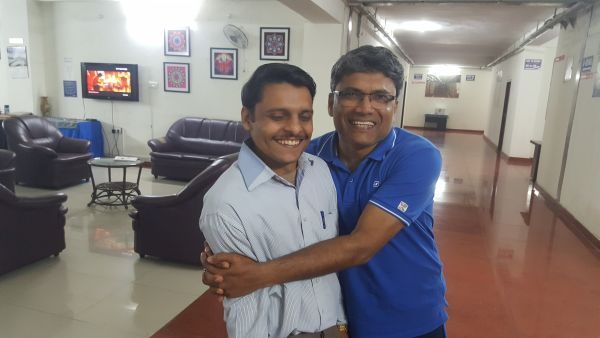 IM Anup Deshmukh finished third and went home with Rs.30,000. Anup is a highly respected figure in Indian chess. He is two years older than Vishy Anand and the two have crossed swords on many occasions. Anup has also beaten Anand a few times. But, the thing that is most impressive about Deshmukh is his generosity. He has trained hundreds of talented players for absolutely no fees. They include players like Abhijeet Gupta, Parimarjan Negi, Swapnil Dhopade, and many others. You feel happy when such a selfless person plays well. And now the ever-optimistic Anup has a new aim. "A lot of people become grandmasters when they are young. I want to set an example by becoming a grandmaster after 50 years of age!" The IM from Nagpur who has just turned 49 has all our support!

Interview with the evergreen Anup Deshmukh 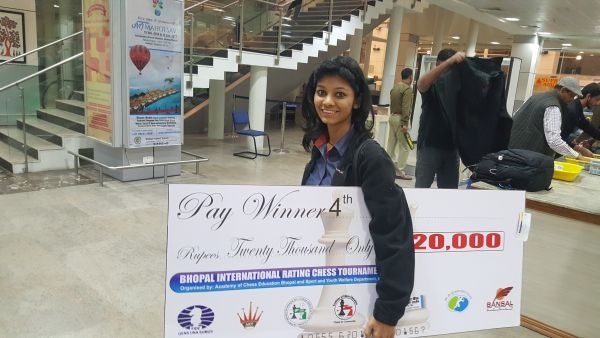 Amruta Mokal finished fourth with 8.0/10 and won Rs.20,000. Suffice it to say, it was not easy to carry back this huge check to Mumbai! 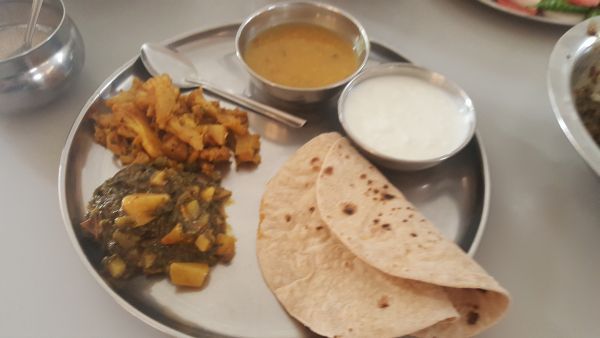 According to Amruta, it was this home-like food (available in the BHEL guest house for just Rs.50) that helped her to maintain her energy levels at the event 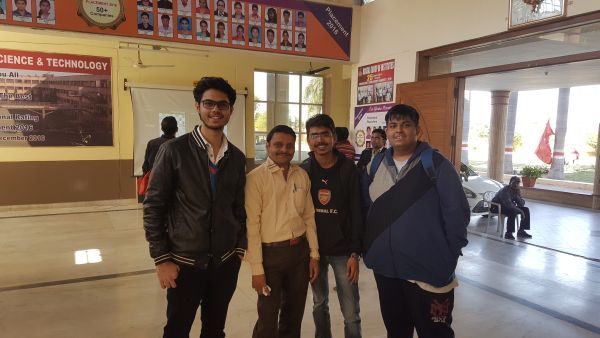 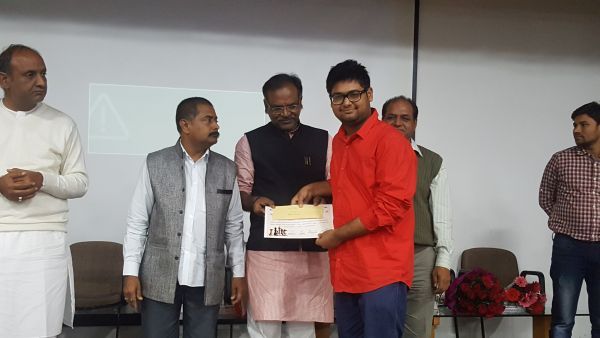 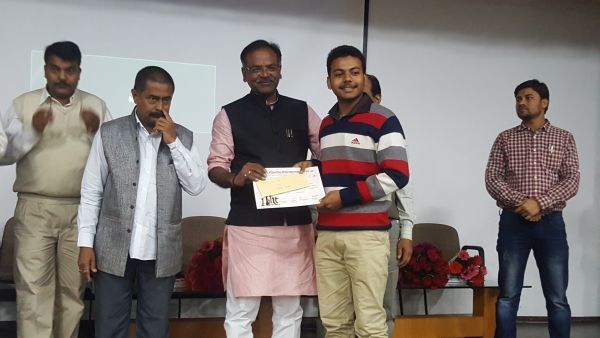 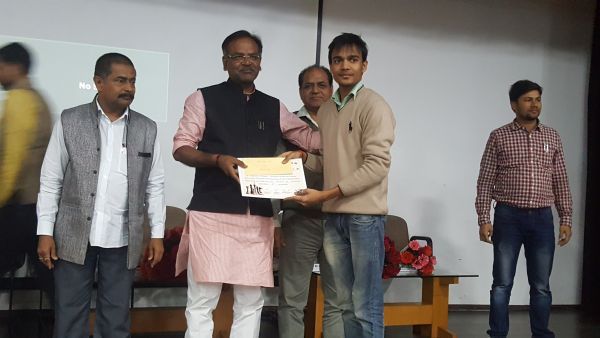 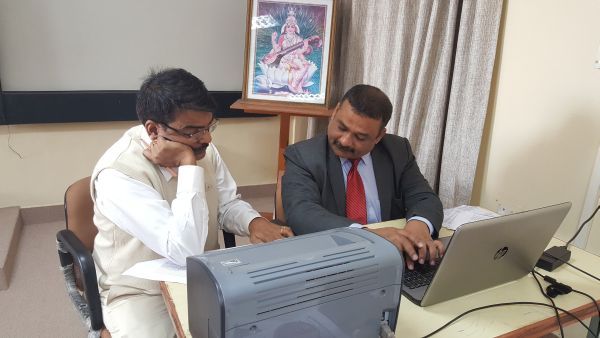 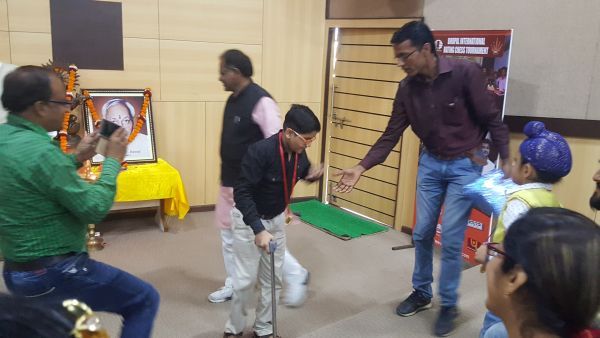 Some people are real champions not only on the board but also in life! 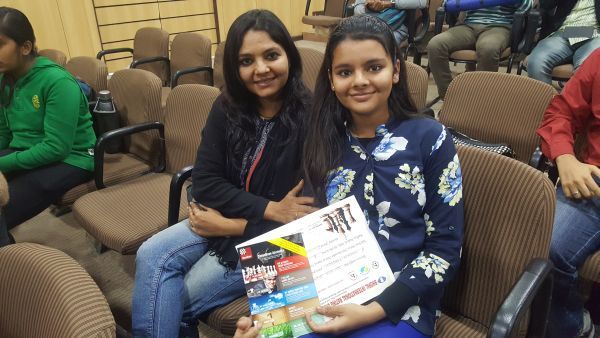 A budding talent from Madhya Pradesh is Nityata Jain with her mother Nidhi Jain. The girl finishes at the top of her age group nationals on a regular basis and has a bright future ahead of her. In the tournament she beat Mehar Chinna Reddy and drew with Chakravarthi Reddy. 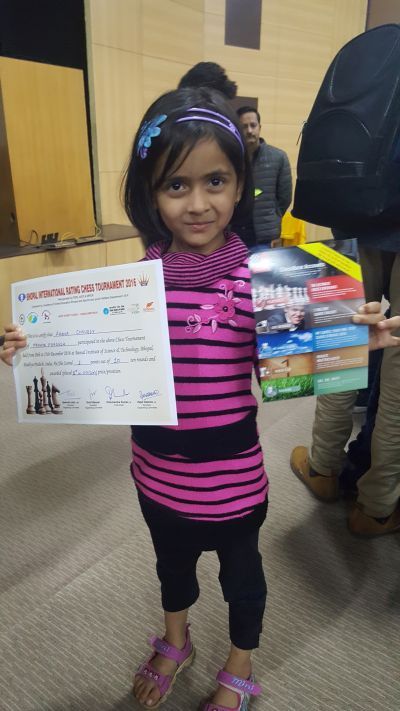 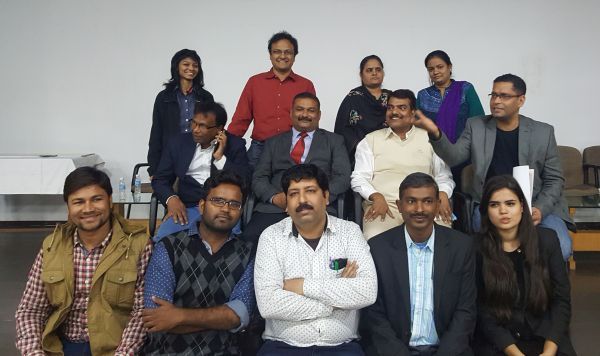 Prize winners, arbiters, and team of organizers - it's a huge family! 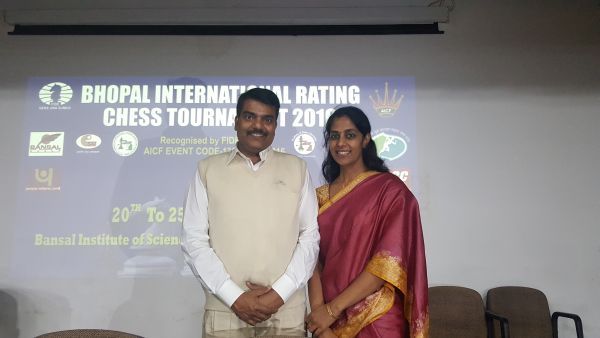 Kapil Saxena, secretary of Madhya Pradesh Chess Association with his wife. Their son... 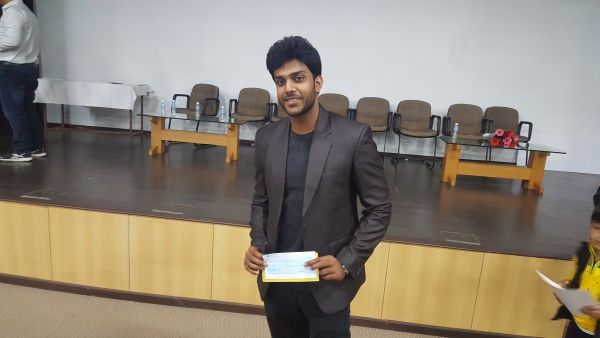 ...Anshul Saxena is a strong chess player as well as a talented musician

Most number of wins tiebreak

More and more tournaments are beginning to use the most number of wins tiebreak. In this tiebreak the player that has scored most number of wins finishes ahead of the player who has the same number of points but more draws. For example: If you have scored 8.0/10 with eight wins and two losses, your tiebreak is better than a person who has 6 wins and 4 draws. In the Bhopal Open, one player who was badly affected by this rule was Anish Gandhi.

Anish's performance was top class as he remained undefeated and gained 43 Elo points. He beat strong players like Ravi Teja and Sriram Jha.
However, he finished seventh. On the other hand players like Anup Deshmukh, Amruta Mokal, Ankit Gajwa and Ashwin Daniel performed worse than Anish but finshed ahead of him. We caught up with Gandhi and asked him about the maximum number of wins tiebreak.
Anish Gandhi on most number of wins tiebreak
India's experienced International Arbiter Dharmendra Kumar also gave his opinion about this tiebreak.
Dharmendra Kumar on most number of wins tiebreak and his life as an arbiter
It's true that no tiebreak is perfect, there were loopholes in progressive and buchholz system as well. What is your opinion about the most number of wins tiebreak? Do you think it is the best one? Do give your feedback in the comments section below. Based on the comments and the material we have collected, we will have an entire article dedicated to this interesting debate.
Related:
It's a joy to play at the Bhopal Open 2016
The ChessBase workshop at Bhopal