The ChessBase workshop in Bhopal

ChessBase has an excellent repertoire of products ideal to help you improve at chess. However, it's not so easy to know all the features of a particular resource. It is with an aim to educate and help people learn how to use technology in chess that IM Sagar Shah regularly conducts workshops at different events. At the Bhopal Open he was assisted by Niklesh Jain and together they revealed all the secrets related to the ChessBase Account. 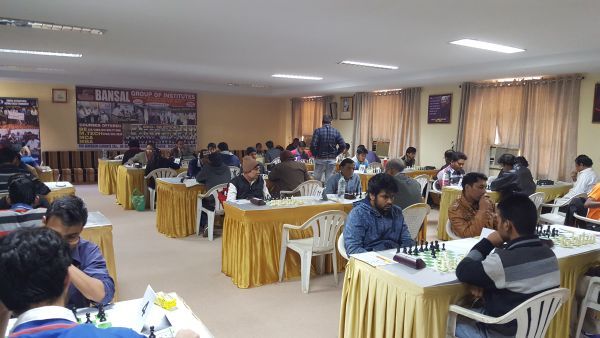 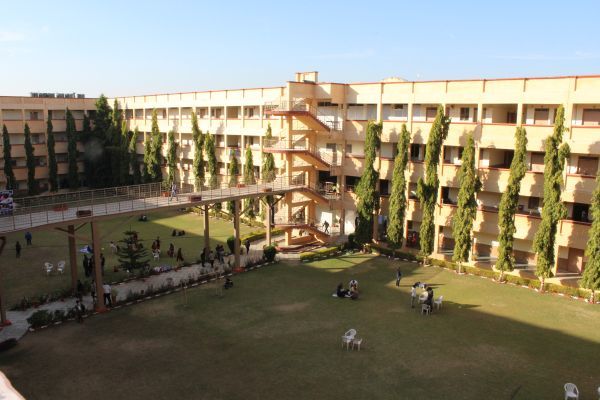 ...Bansal Institute of Science and Technology

On 22nd of December, between rounds four and five a ChessBase India workshop was organized by IM Sagar Shah and Niklesh Jain to make the players aware about the various features related to the ChessBase Account. 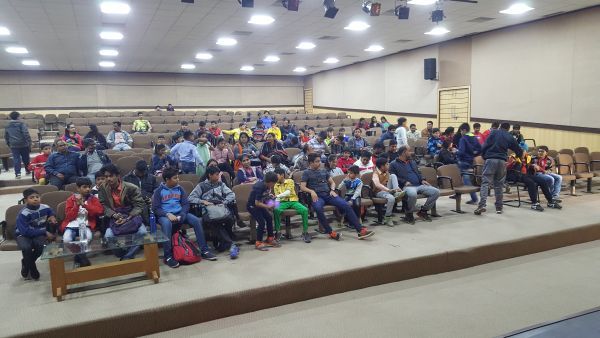 The auditorium filled up quickly 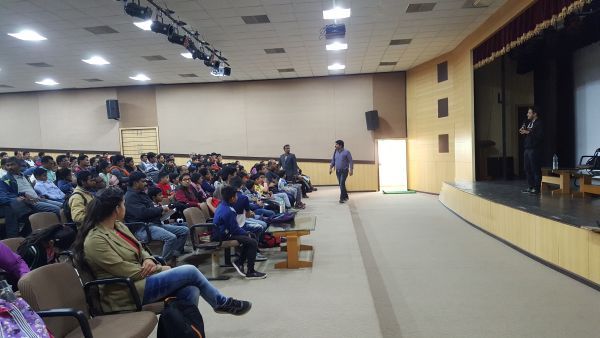 More than 100 people attended it 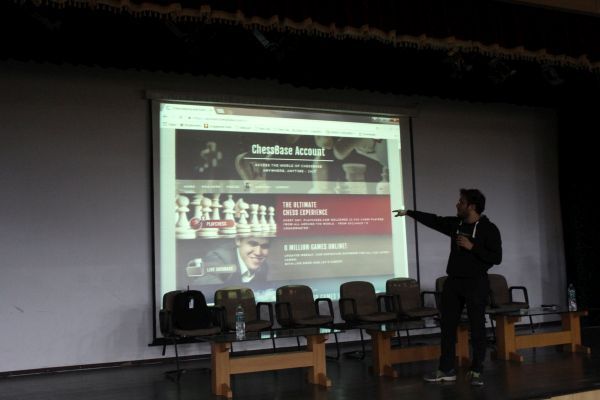 After explaining to them why ChessBase India was founded, we began working on the various features of the ChessBase Account

ChessBase Account is truly one of the fascinating inventions by ChessBase company and is one of our best selling products. For just Rd.1499/- per year you get access to some amazing features.

People were surely impressed with the variety of features on show. But one thing that really caught their fancy was the Tactics Trainer. 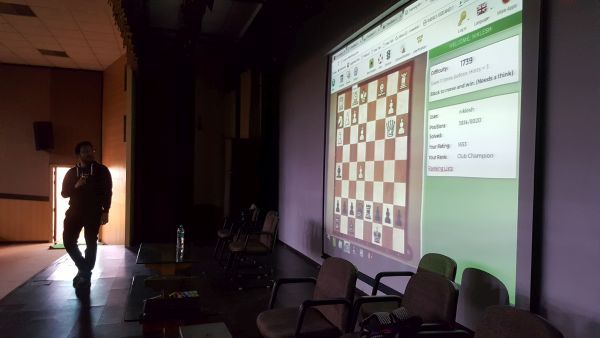 That was the first position which cropped up. I am not sure if you can see it clearly, so here it is in a diagram: Now this was really impressive. We called the kid on stage. And asked him how often he solved tactics from the Tactics Trainer on ChessBase. 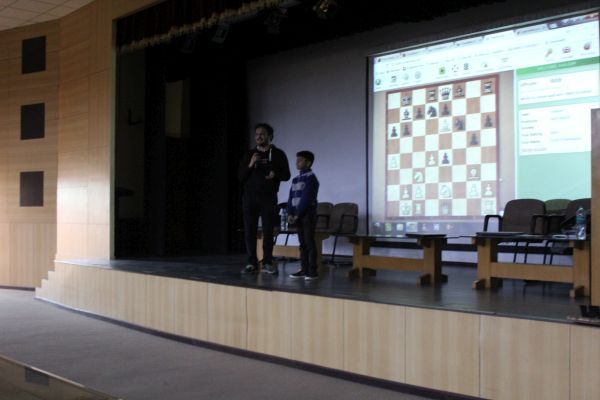 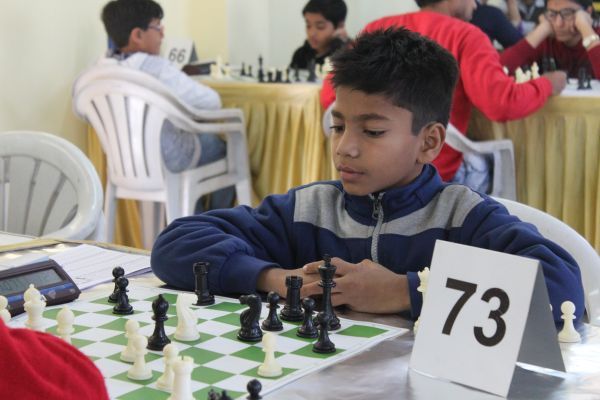 The boy is Prakhar Bajaj from Madhya Pradesh and a very bright future awaits him. Chess is after all 99% tactics, as the great Richard Teichmann once said! He is already on 6.0/9 gaining 96 Elo from the event.
This is the case we have seen when kids start working with the Tactics trainer. They get hooked onto it and start solving hundreds of positions each day. Sometimes they even forget to watch television, or eat food, or go out to play. The result is pretty obvious - they become tactically very strong. And this according to me, is the first huge step in chess mastery.
After solving the initial one, everyone was raring to go for another position. This time quite a difficult one appeared: 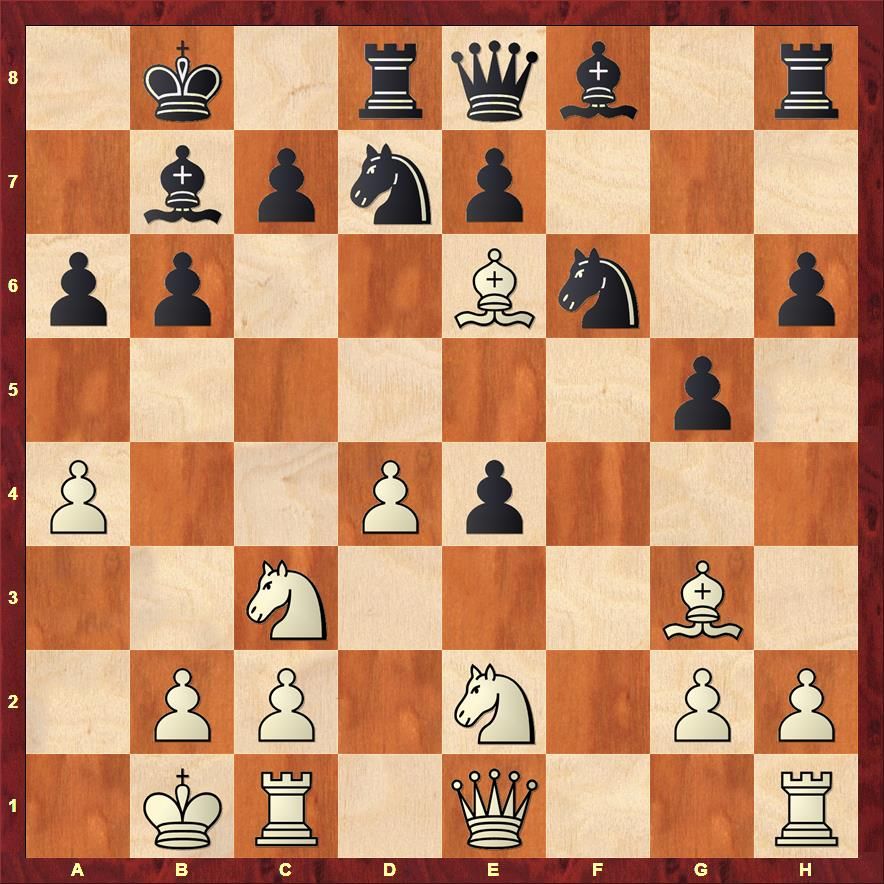 Everyone started shouting 1.Bxc7+ and after Kxc7 there was again a roar in the crowd with 2.Qg3+. However, after 2...Kc8 there was a pin-drop silence. I hadn't made the moves on the board. That's how Tactics trainer should be solved. You shouldn't make the first move that you see. You must delve deep and look at all the defences and possibilities and only then execute your first move. This will help you become better at tactics.
Coming back to the position after 2...Kc8, everyone was stuck. This was truly a difficult problem. Suddenly everyone in the auditorium started to understand that the rook on c1 had a role to play. So they started sacrifing the knight with 3.Nd5. However, this was not very strong. This is when the correct move 3.Nb5! was found. After 3...axb5 4.c4! is crushing and 4...b4 is met with 5.c5! and the black king is mated. This was not at all easy, but everyone enjoyed solving it. 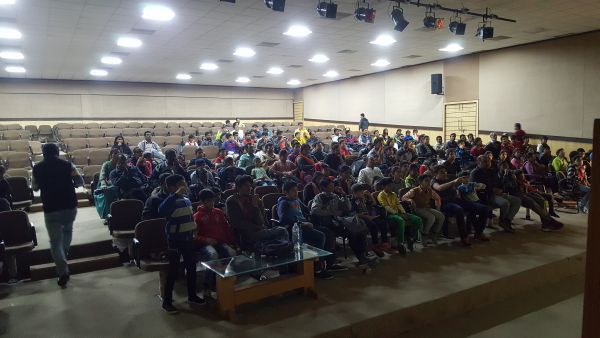 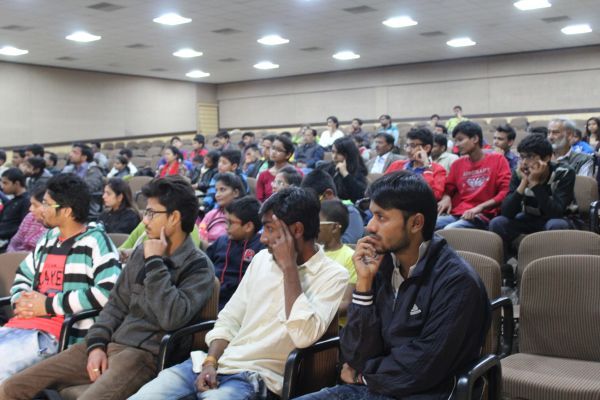 Whether you are an unrated player or a grandmaster, ChessBase Premium Account has something of value for just about any chess player. 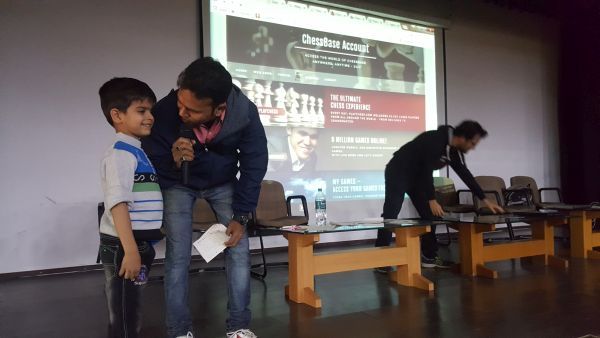 At the end of the day there were seven ChessBase Premium Accounts for three months that were distributed as lucky draw prizes. 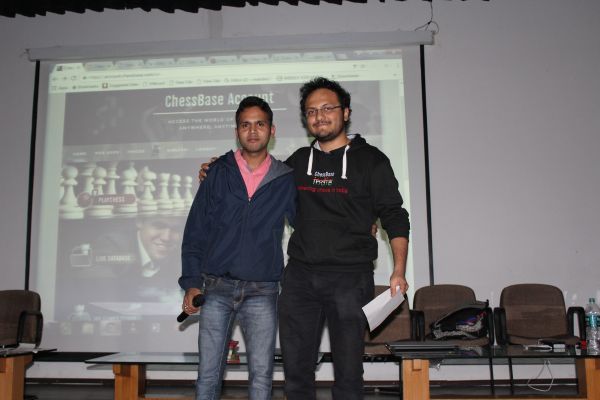 This ChessBase Account workshop was a joint effort with Niklesh Jain. A chess player, organizer of the famous Syna Open, chess coach at the Syna International school and ChessBase India Hindi editor, Niklesh performs many roles! 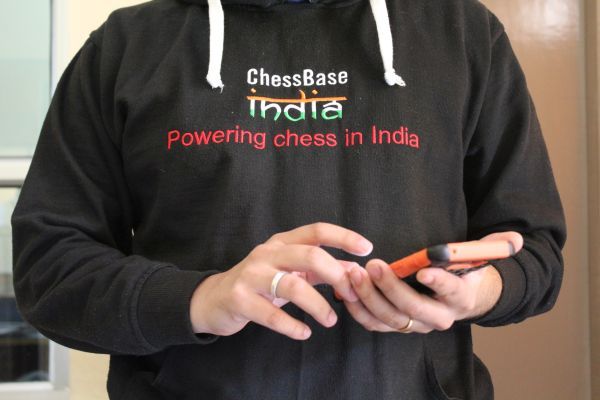 That's what we strive for each and every day at ChessBase India! If you would like to know more about ChessBase Account, then here's an article with a compilation of all the tutorials on how to use this resource better.

Buy ChessBase Premium Account for a year for Rs.1499/-