National Challengers round 12: Deepan and Swapnil to battle for the title!

Going into the penultimate round, Deepan Chakkravarthy annihilated Himanshu Sharma's king in a Sicilian Paulsen. With this win, he has not only moved to the sole second spot but has also earned the right to fight for the title prize against tournament leader Swapnil Dhopade in the final round. On board 3, GM RR Laxman gave his opponent no chance, consuming only 52 mins for the entire game. In the final round, twelve players will be fighting for the nine qualification spots into the National Premier Championship and two for the title prize. An exciting finale is on the cards!

Things have intensified at the 55th National Challengers Chess Championship in Ahmedabad. Going into the penultimate round, GM Swapnil Dhopade continued his streak of draws and allowed trailers a chance to catch up. Capitalising on this, GM Deepan Chakravarthy produced an emphatic victory in the penultimate round to pave the way for an exciting finish. 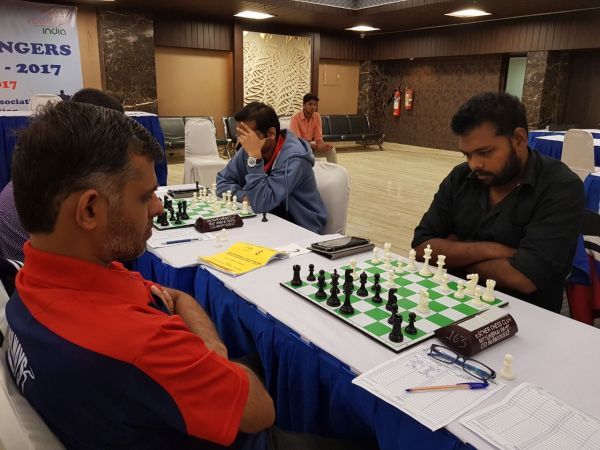 Going into the Paulsen variation of the Sicilian, Sharma castled his king into a shattered pawn cover as is thematic for the variation. Seeing the open post of the king, Deepan rushed his pieces to the king side with the clear aim of annihilation. As play proceeded, Himanshu was able to win an exchange, but given his king position, things looked grim. Although the computers still thought black’s position was playable, practically speaking, the position looked like a field full of landmines for a human. And that’s exactly what happened. On move 26, Himanshu made an error and that simply spelled doom. This victory enabled Deepan to move to the second spot in the point-ladder. He is now within striking distance of the leader Swapnil Dhopade. As for Himanshu, he has slipped down to the joint fourth spot. 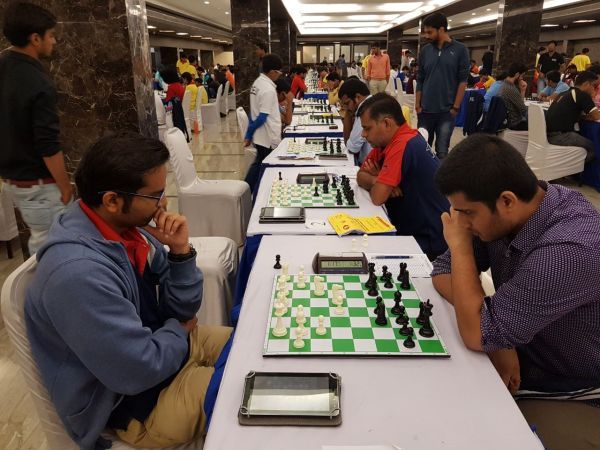 Tournament leader, Swapnil Dhopade had a one point lead over the rest of the field going since the last three rounds. And since round 10, his mindset had conspicuously changed. Keeping a safety first approach, he had been taking draws and keeping his lead. This penultimate round was no exception. Playing safe yet again, he settled for signed peace with Debashis Das in just 25 moves. But things have gotten a bit more difficult for him because of this. Since Deepan won his game in this round, he is only half a point behind. More importantly, he is paired against the leader himself! Equations could change if Deepan secures a victory over him in the final round tomorrow. There is all to play for! 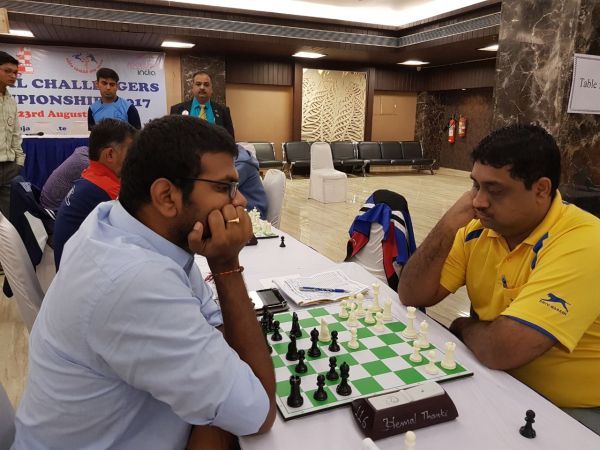 In another exciting battle of the day, Grandmaster RR Laxman outwitted third seed Lalith Babu to take his tally to 9 points.

Playing with the white pieces, the Chennai-based ICF man Laxman did not give any breathing space to his rival to seal the victory in 43 moves. More importantly, the Blitz King of India only consumed 52 minutes of his clock time to clinch the game.  Laxman and Das are now at the joint third spot with 9 points. 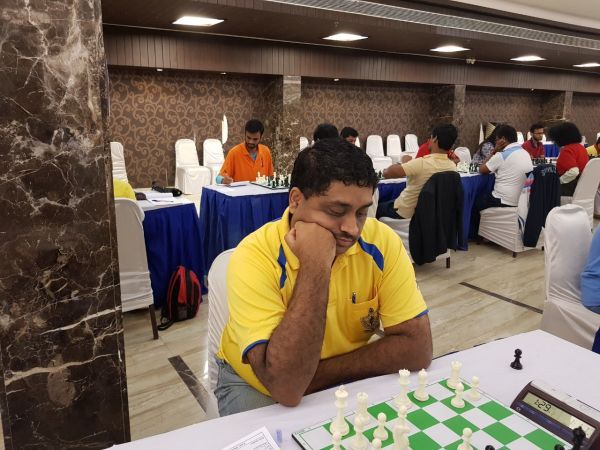 The blitz king in action! 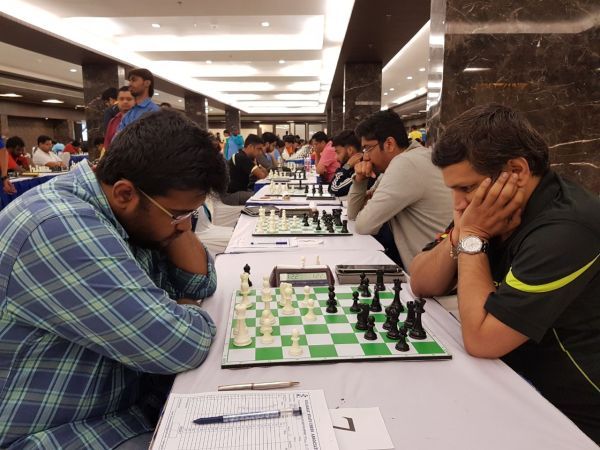 GM Abhijit Kunte deployed the Modern Benoni to get the better of Chakravarthi Reddy. He is now 7th on the leaderboard.

12 players are in the joint fifth place and eyeing for the 9 qualification spots for the national premier, scheduled in November in Patna. The final round is sure to be a spectacle!

Gopakumar became an A-grade International Arbiter during the FIDE Arbiter's Commission meeting. He is only the fifth Indian to achieve this feat. He was the chief arbiter at two 2600+ double round-robin events, Asian Youth Chief Arbiter at South Korea, Deputy chief arbiter at Asian Youth and Asian Junior at New Delhi. He dedicates his success to the Air Force background that he comes from.

National Challengers round 10: Watch out for Lalith Babu!

National Challengers round 11: The battle for nine qualification spots intensifies!