After a quick draw against each other in round 6, GMs from team Railways, Himanshu Sharma and Swapnil Dhopade, continued slaying the field and won their games on board one and two respectively. While Himanshu annihilated the overnight co-leader, Sammed Jayakumar Shete; Dhopade vanquished the tournament's top seed, Aravindh Chithambaram. On the other boards, Akash PC Iyer, Udit Kamdar and Nikhil Dixit tickled the fancy of the spectators by upsetting their higher rated opponents. Full report with games and pictures.

Decisive results on top two boards paved the way for Grandmasters Swapnil Dhopade and Himanshu Sharma to share the lead with six and a half points at the halfway stage of National Challengers Chess Championship at Karanvati Club here today. 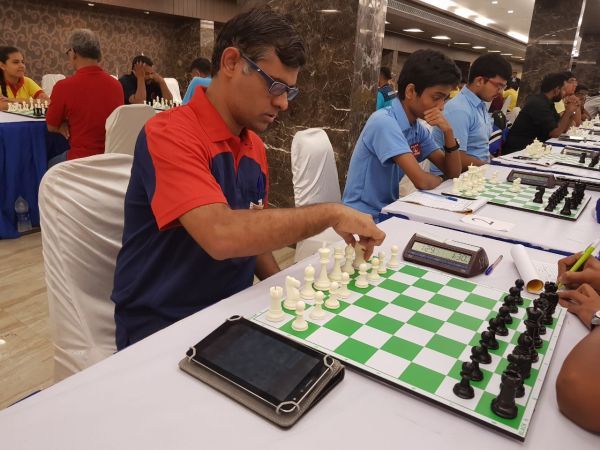 Playing with white pieces, GM Himanshu Sharma essayed the exchange variation of the Ruy Lopez to get the better of the overnight joint leader Sammed Jayakumar Shete.

After a seemingly innocuous opening, the Haryanvi GM was able to get an edge in a middle-game that featured opposite wing castling. Storming his pieces to the queen side, Sharma attacked the 18-year-old’s king with all his might. Shete tried to reduce damage by forcing an exchange of queens. But by now, Sharma’s pieces were too active and were able to harvest too many of Black's pawns and win the game. 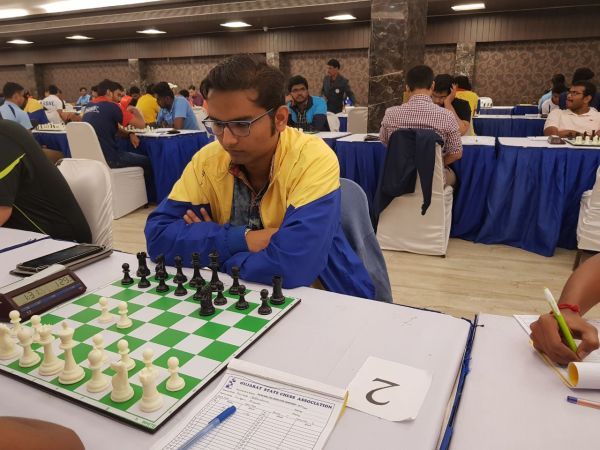 After a relatively slow start, tournament's top seed, Aravindh Chithambaram was trying to climb back to the top. But his advance was checked by the current joint leader, Swapnil Dhopade.

The co-leader of the round, GM Swapnil Dhopade had a much tougher task in front of him if he wanted to maintain his leaderboard position. He was pitted against the top seed in the tournament, GM Aravindh Chithambaram.  In a Catalan game that lasted 79 moves, Dhopade, with the black pieces was able to generate an attack on Chithambaram’s king and force his opponent to give up an exchange. To add to Chithambaram’s misery, the Maharashtrian GM was also able to exchange queens soon after gaining a material advantage. The Chennai lad tried putting up a fight by sacrificing his bishop for two of Dhopade’s pawns. But this was a vain attempt. Dhopade remained with two rooks which easily overpowered his opponent’s one, while also keeping Chithambaram’s marching passers under lock and key.

A pack of 13 players including second seed, S L Narayanan and third seed, Lalith Babu M R are chasing the leaders at 5.5 points. On the board three, GM Abhijit Kunte, who had conceded two draws in a row, gave up a full rook with the hope of delivering the knockout punch on his opponent's king. However, his opponent, Akash PC Iyer, defended with ice cold nerves to withstand this nightmare of an attack and walked out of the fire scot free. 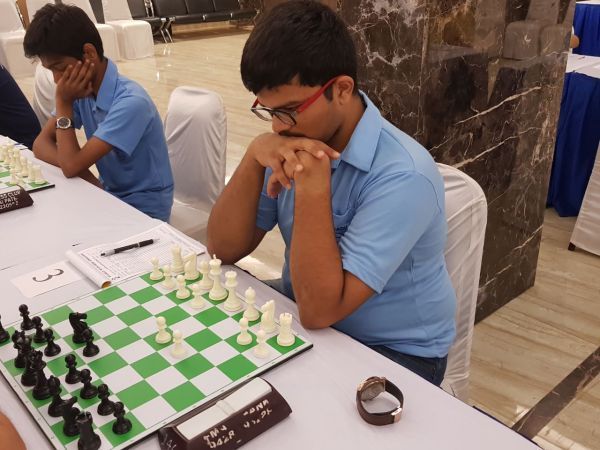 Little did Akash know at this point in the game that his Grandmaster opponent would throw everything but the kitchen sink to crash through to his king. But the young lad showed extraordinary resilience! 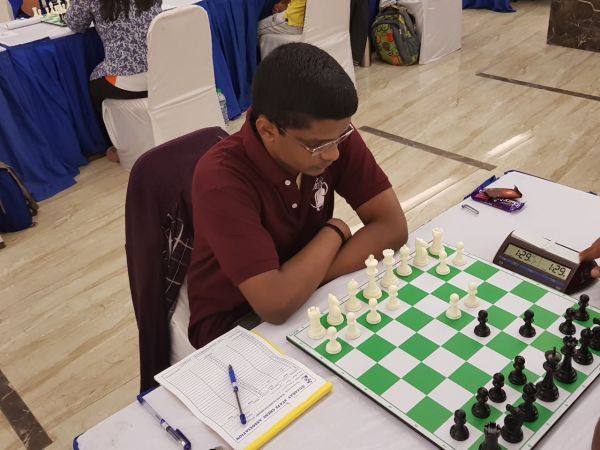 In the other important games of the round, SL Narayanan got the better of Ram S Krishnan of BSNL 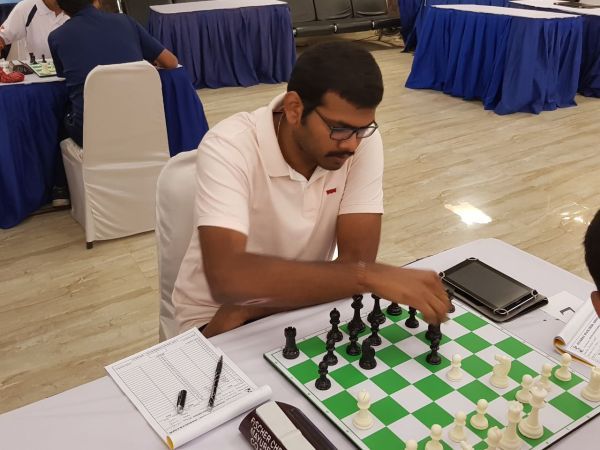 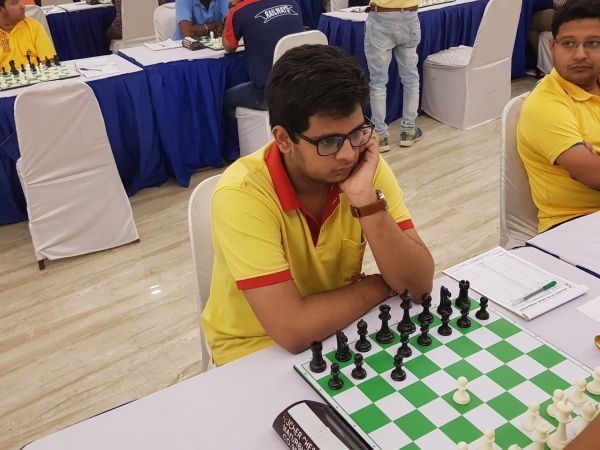 Gujarat youngster, Udit Kamdar, continued his fine run in the tournament and moved to the joint second spot after holding International Master Swayams Mishra to a draw. 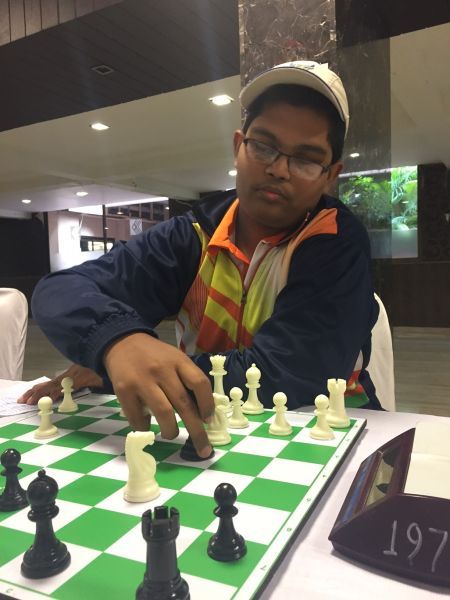 In the other surprising result of the day, Maharashtra youngster, Nikhil Dixit shocked Grandmaster Tejas Bakre to create yet another upset in the tournament.

In the crucial eighth round tomorrow, Swapnil takes on Narayanan while Himanshu will be dealing with Lalith Babu.