Having jointly led the tournament almost all the way through, GM Himanshu Sharma dropped down from the pedestal after suffering a loss against GM Lalith Babu MR in round 8 of the 55th National Challengers. His teammate with whom he was leading the event before this round, GM Swapnil Dhopade, continued to impress and convincingly defeated SL Narayanan in 35 moves. Report with games, analysis and pictures.

Continuing his impressive run, railway man Swapnil Dhopade took sole lead with seven and a half points after outwitting Grandmaster SL Narayanan of Kerala in the eighth round of the 55th National Challengers Chess Championship here at the Karnavati Club. 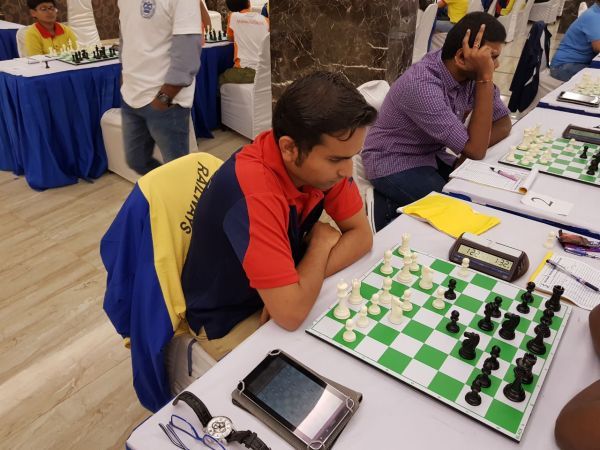 Swapnil was a class act on Friday morning.

Playing on board one. Swapnil displayed superb attacking skills in a Semi Slav game to uproot the defenses of his second-seeded rival, SL Narayanan. The position looked pretty equal out of the opening when Narayanan fumbled and allowed his opponent a neat tactical shot. Being in the great form that he is, Swapnil made no mistake in punishing Narayanan’s mistake. White’s pieces marauded black’s kingside in no time. In order to limp on, Narayanan had to give up his rook and three pawns for two pieces. But luck was simply not in his favor in this game. Grabbing a pawn on the 26th move, he allowed Dhopade’s rook dive in on the seventh rank and this simply spelled doom. By the 35th move, Narayanan was on his knees. 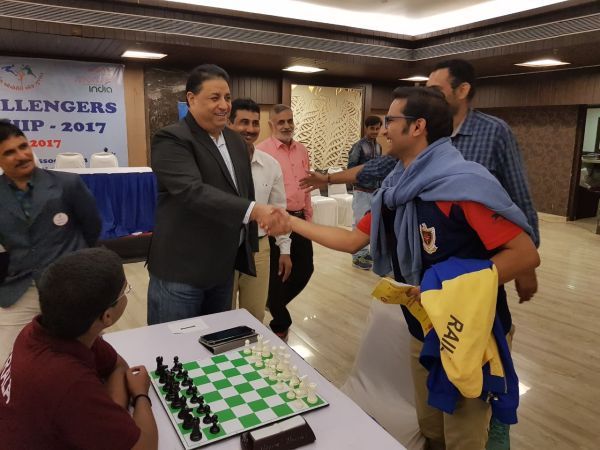 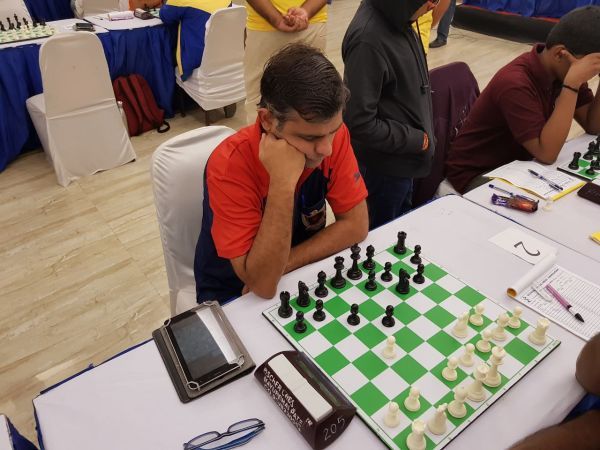 On board two, Swapnil’s teammate and co-leader, GM Himanshu Sharma did not have as great an outing in round 8.

Playing with the black pieces in the Fianchetto variation of Grunfeld Defence, GM Himanshu Sharma declined the draw offer made by Lalith Babu MR, his opponent, on the 33rd move. The position looked pretty equal but Himanshu definitely wanted more out of it. With the hope of complicating matters, probably, he grabbed a pawn two moves later which turned out to be utterly suicidal. Sharma’s knight got into a deadly pin because of this and, more importantly, when the knight was finally defended, the black king was caught in a mating net on the other side of the board.

Because of his loss, Himanshu Sharma has dropped down to the joint second spot where he is accompanied by Lalith Babu, Fenil Shah and Udit Kamdar. Swapnil Dhopade is now the sole leader with a one point lead over his nearest rivals. 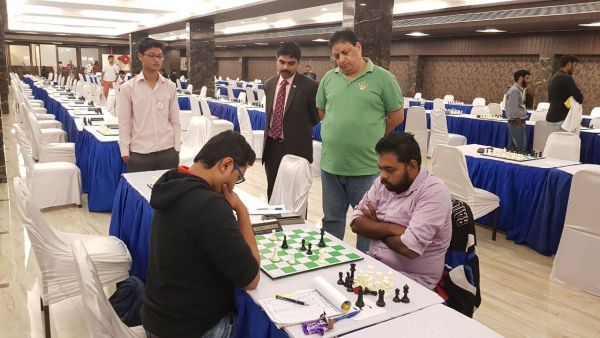 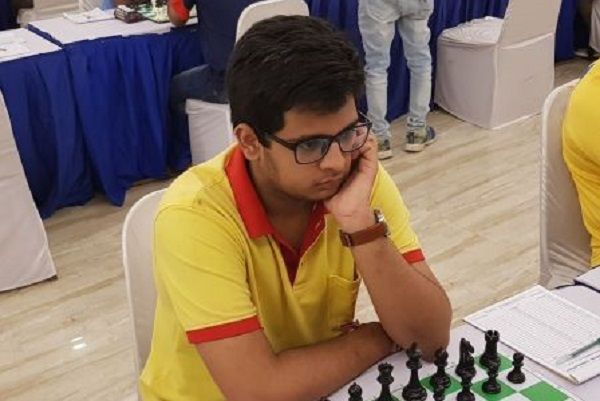 Udit Kamdar got a walk over from fifth seed N Srinath, who withdrew from the championship due to illness. 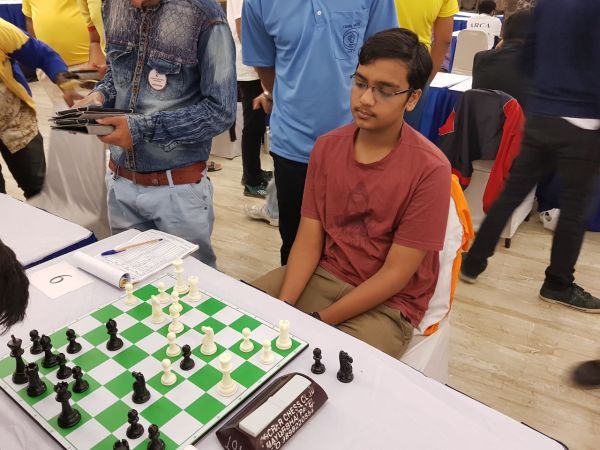 Another sensational result of the round was Sankalp Gupta's draw against the tournament's top seed, Aravindh Chithambaram

Fourteen players are at the joint sixth spot in points-table with six points.  In the ninth round today, Swapnil takes on Udit Kamdar and Himanshu faces Fenil Shah.