National Challengers round 11: The battle for nine qualification spots intensifies!

The game between two Caro Kann experts Lalith Babu and Swapnil Dhopade was drawn on the top board. Himanshu Sharma also couldn't break through the defences of Aravindh Chithambaram. This meant that Swapnil still leads the tournament with 9.5/11, but four players are on his heels with 8.5 points. Apart from Himanshu and Aravindh, they include Deepan Chakravarthy and Debashis Das. There are only two rounds left for the tournament to end and nine spots at stake for National Premier 2017. It's heating up!

With just two rounds remaining, tournament leader Grandmaster Swapnil Dhopade of Railways is inching closer to secure his second National Challengers title in Ahmedabad. In round 11, he was pitted against the third seed in the tournament, MR Lalith Babu. Going into this ante-penultimate round encounter, Lalith was a full point behind Swapnil and this was his chance to catch Swapnil in the lead. 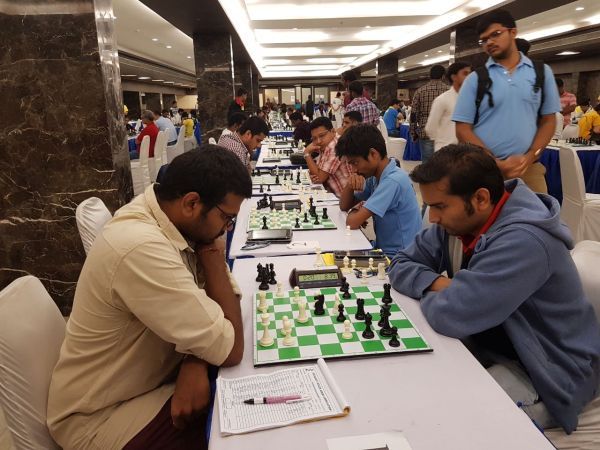 Lalith tried hard to break through his opponent’s defences but the 2015 champion stood firm to ensure he maintained his one point lead. Playing with white pieces in the Symmetrical variation of English Opening, Lalith looked for attacking opportunities on the kingside. But Dhopade too had a number of defenders posted in the war zone. By the 28th move, it was clear that Lalith’s attack wasn’t taking him anywhere and he decided to exchange queens. Just four moves later, the players decided to sign peace and call it a day. 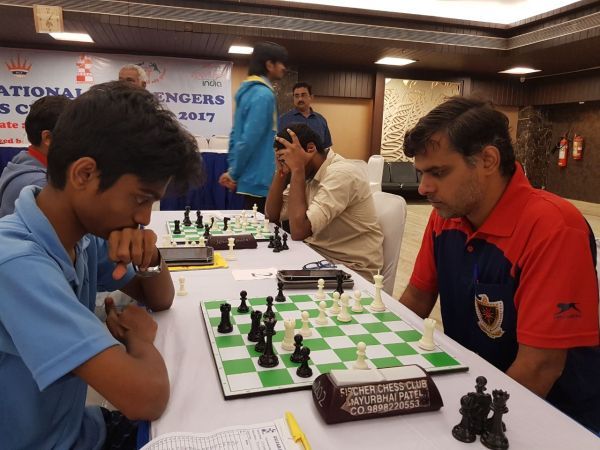 The second board battle between Himanshu Sharma and Aravindh Chithambaram also ended without a decisive result after 56 moves.

Sharma went for the exchange variation of the Ruy Lopez for the second time in this event. But unlike the first time (which was against Sammed Jaykumar Shete in round 7), Sharma was unable to bring home the full point. Countering this innocuous opening with the Alapin Gambit, Chithambaram was able to trade queens early in the game and although the Haryanvi GM came up with enterprising ways of pressing for an advantage, the tournament’s top seed never really let his position go out of hand. Sharma did have an outside passed pawn in a rook & pawns endgame but the weaknesses in his pawn structure left him no chance of winning the game.

With this game drawn, players trailing on the third spot got a chance to step up the leaderboard. Making the most of this opportunity, GM Deepan Chakkravarthy of Railways and GM Debashis Das of Odisha moved up to the joint second spot in the company of Lalith and Himanshu. 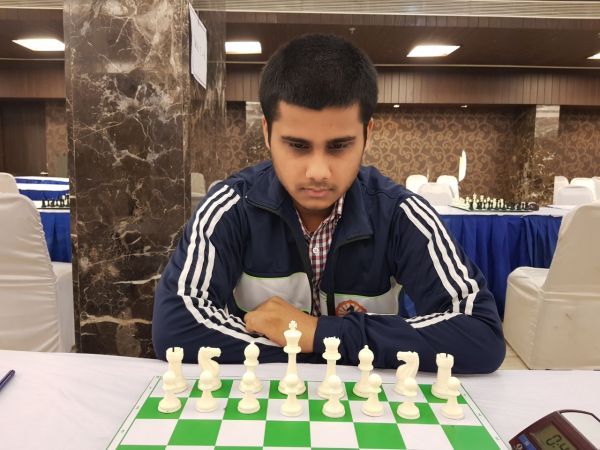 With the white pieces in hand, GM Debashis Das went for a Maroczy Bind like structure to counter his surnamesake GM Argyadip Das's Sicilian Paulsen. The position looked completely innocuous in the middlegame when an imprecision by Arghyadip on move 30 allowed Debashis an outside passer. Capitalising on this, the Grandmaster from Odisha exchanged pieces and started rolling his pawn down the board and put his opponent in a hopeless position. By the 45th move, not only was Debashis about to queen his pawn but had also trapped Arghyadip's rook. 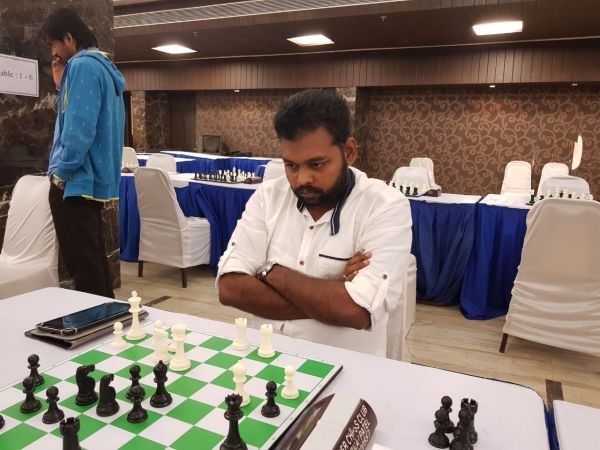 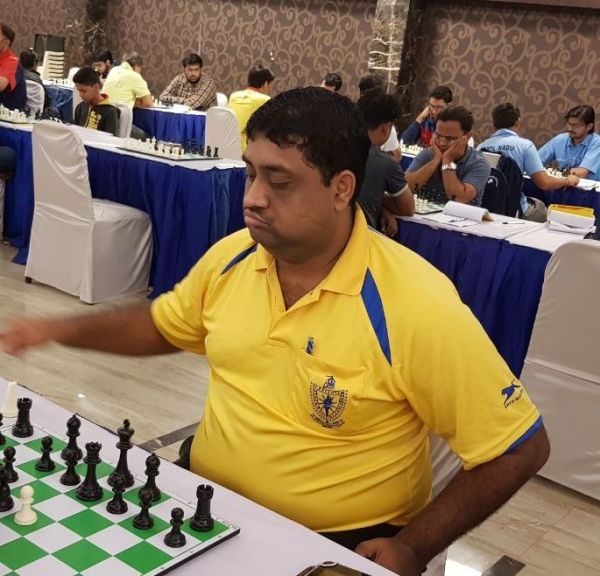 GM RR Laxman also made it into the top boards with his win against Sameer Kathmale. He will be playing on the third board against Lalith Babu in Round 12

Eight players including top two seeds Aravindh Chithamabram and S L Narayanan are at the joint sixth place with 8 points. In the penultimate round tomorrow, Dhopade takes on Das while Deepan and Lalith face Himanshu and RR Laxman, respectively.

Gopakumar became an A-grade International Arbiter during the FIDE Arbiter's Commission meeting. He is only the fifth Indian to achieve this feat. He was the chief arbiter at two 2600+ double round-robin events, Asian Youth Chief Arbiter at South Korea, Deputy chief arbiter at Asian Youth and Asian Junior at New Delhi. He dedicates his success to the Air Force background that he comes from.

National Challengers round 10: Watch out for Lalith Babu!