The fourth and the fifth round in Mallorca were like two juxtaposing elements. While round four was a bloody affair which featured seven decisive games, peace abound round five as all games ended in a draw. Many of the participants who had not scored wins in the first three rounds scored on Sunday. And the best news for Indian fans was that Harikrishna, the only Indian at the event won his game against Francisco Vallejo Pons. A report on round 5 and 6.

After three back to back draws, Harikrishna finally struck a blow in round 4 against the local star, Francisco Vallejo Pons. This win, however, was overshadowed by Aronian's splendid win against Anish Giri. Hikaru Nakamura also won his game against Teimur Radjabov, who is one of the two big contenders for finishing among the top two of the Grand Prix along with  MVL. Interestingly, in all of the three games mentioned so far, featured an h-pawn advance! 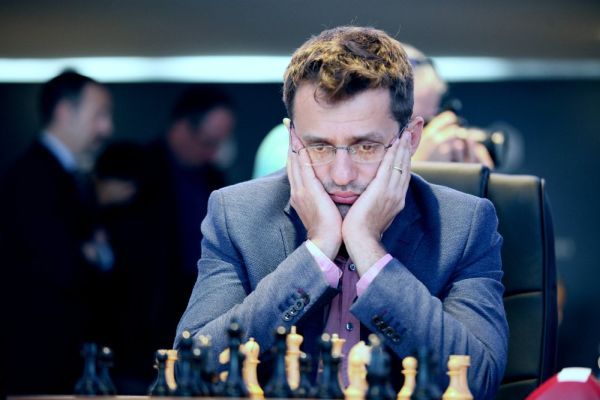 With this win, Aronian has pushed himself into sole lead, half-a-point ahead of his nearest rivals. | Source: Official Website

Scoring his second win of the tournament only took 27 moves for Levon Aronian. And this was against an opponent of such high calibre as Anish Giri! Play began with an English Opening where Aronian flung his h-pawn high up the board with h4-h5 early in the opening and launched an enormous attack on the black king without even bothering to castle. As play proceeded, Aronian continued energetically throwing more pawns and pieces towards the kingside to make the black monarch suffer. 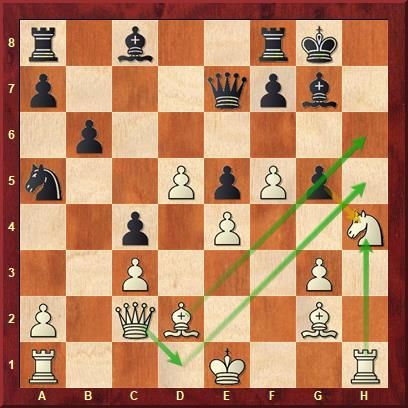 On the 20th move, Giri, in order to keep the kingside closed, went for 20...g5 and attacked the white knight in the process. But instead of saving his knight, Aronian went for 21.Qd1 and soon his pieces came marauding in at the black king.

After this, there was just no looking back. Giri took the offered knight and Aronian brought all his pieces except the queen's rook around the Giri's king. Aronian did slip on move 24 by playing his rook to g4 instead of his queen. But Giri returned the favour immediately with 24...Bf6 instead of 24...Qd6 which could have given him better surviving chances. 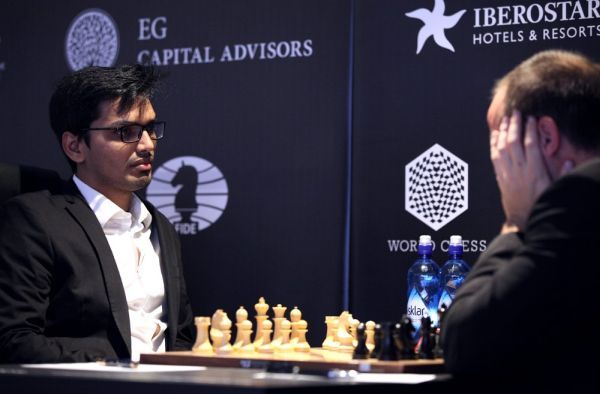 Another variation of the English Opening was seen in the game between Harikrishna and Francisco Vallejo Pons | Source: Official Website

Pentala Harikrishna, just like Aronian, had the white pieces, played the English Opening and attacked his opponent's king enterprisingly. From the opening itself, Hari's play was audacious. He castled long, where his king barely had a pawn shelter, wrecked his kingside pawn structure and even sacrificed a pawn, all to break through to the black king. All of his efforts paid off well as by the 20th move, Hari already had a winning advantage!

To stop white's attack along the g-file, Francisco tried exchanging a pair of rooks. This did stop the attack but cost him a pawn on the queenside. Soon queens were exchanged and black was about to lose a second pawn. Seeing no hope, Francisco threw in the towel on the 33rd move. Do go through the entire game below with annotations by IM Sagar Shah. 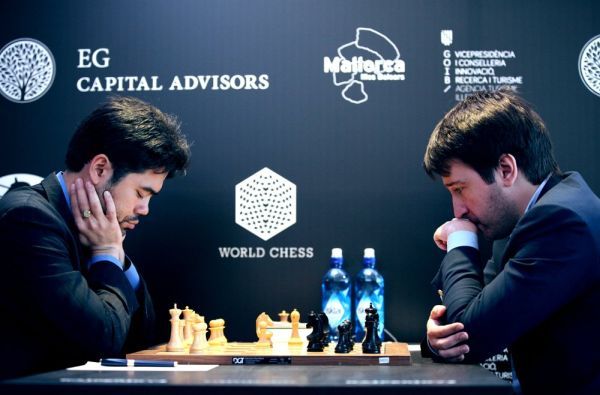 Hikaru Nakamura took down one of the then co-leaders of the tournament, Teimur Radjabov in round 4. | Source: Official Website

Hikaru Nakamura's game against Teimur Radjabov featured an interesting pseudo queen sacrifice. Amusingly, the opening of this game was also a pseudo Sicilian Rossolimo (because it began as a Rossolimo but eventually transposed into an open Sicilian). But the game also featured an important theme: the importance of passed pawns. It is often said that in an endgame, it doesn't matter how many pawns you have. What matters is how many of them can queen. In the game, Hikaru Nakamura was two pawns down in the final position. But since Naka's a-pawn could not have been stopped, Radjabov had to resign.

Calm after the storm

After a turbulent day four that featured as many as seven decisive games out of nine, players seemed to have taken a rest day before the official rest day of the tournament. Not only were all of the games drawn, seven out of the nine games were drawn within thirty moves (that is, if you choose to exclude the 31 move draw between Radjabov and Harikrishna strictly because it crossed half a move past move 30). In fact, Vachier-Lagrave and Nakamura agreed to draw within merely thirteen moves of play! 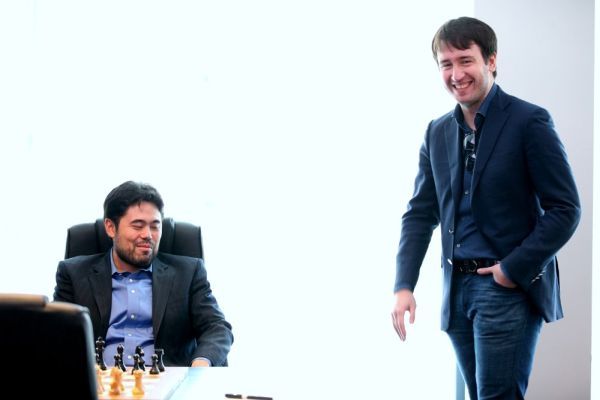 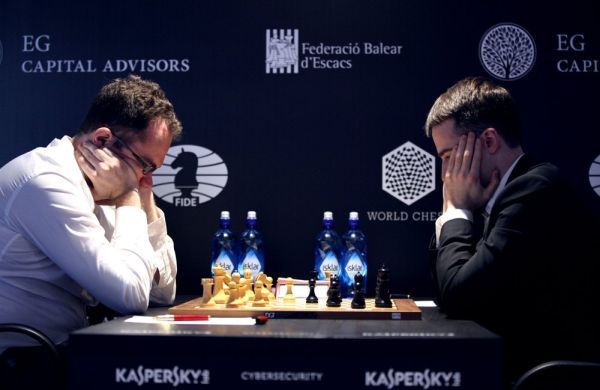 The game between Pavel Eljanov and Ernesto Inarkiev was the only one that went past move 40 | Source: Official Website 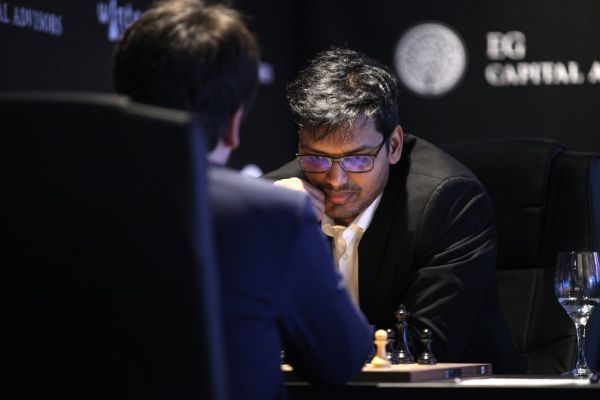 The game between Radjabov and Harikrishna started off with the Reti Opening. After his loss against Nakamura in the previous round, Radjabov could have been expected to come back with a win, especially because he had the white pieces. And this was quite a possible scenario given Radjabov's situation in the Grand Prix. On the other hand, he might have wanted to regain his composure, make the most of the rest day that follows and come out all guns blazing from round 6.