After three rounds at the Mallorca Grand Prix, five players -- Aronian, Svidler, MVL, Giri and Radjabov -- are leading with 2.0/3. The only Indian in the fray, Pentala Harikrishna, after drawing all of his first three games is half-a-point behind the leaders at 1.5/2 along with eight other players. Of course, Hari is already out of the race for the two spots in the Candidates tournament. But if he is to finish things on a high note at the Grand Prix series, he will have to start scoring full points real soon.

Three rounds have passed, five leaders have emerged. But we are yet to see the Indian star, Pentala Harikrishna, carve out a win at the final leg of the ongoing Grand Prix in Palma de Mallorca. Currently at the joint second spot, Hari has drawn all of his games. But isn't only Hari; the tournament, more or less, overall, has witnessed only a handful of decisive games. The win to draw ratio has never crossed a third of all games in any of the first three rounds. 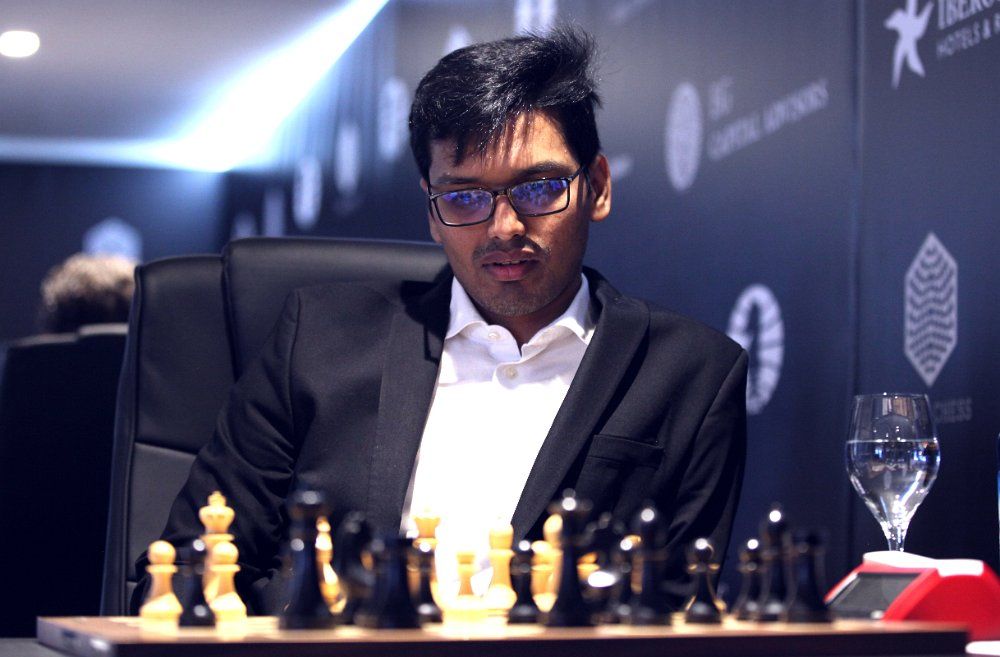 After an easy draw in round one against Jon Ludvig Hammer in round one, Harikrishna opted to go for one of his favourite lines from the Geneva leg of the Grand Prix, the Italian Opening, once again in round two. This time, however, Hari was unable to obtain any advantage out of the opening. However, just like in the previous round, he wasn't really in trouble either.

Right out of the opening, Hari allowed a trade of queens on the d-file after a central break by Tomashevsky with 13...d5 and more exchanges followed soon. Tomashevsky gave up an exchange for two pawns in order to unpin his dark-squared bishop and gain better control over the centre. Not to mention, he gained two extra pawns in the process. But black was about to drop one of his pawns and by the thirtieth move, players agreed to a draw. 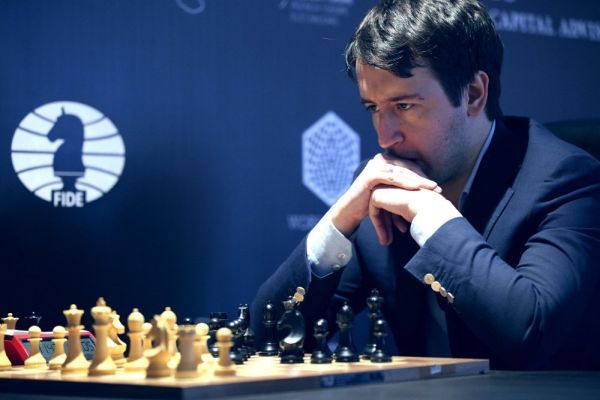 A much more interesting battle was the one between Teimur Radjabov and the local star, GM Francisco Vallejo Pons | Image: Official Website
Radjabov, who had conceded an easy draw in his first-round game, played splendidly from the black side of a King's Indian Defence to get the better of the Spanish GM Francisco Vallejo Pons. Going for the Averbakh variation, the Spaniard tried to generate an attack on the kingside. What was also interesting that in the process, Pons gave up the right to castle by moving his king to d2 in the middle game. Attempting to exploit this, Radjabov opened up the centre immediately and then sacrificed a pawn to get his rook into play. As black's pawns and pieces came marauding in, Pons temporarily sacrificed a piece to get rid of black's passed pawn on f2. But when he did regain his piece, Radjabov had found a new attacking front on the queenside and a new passer on a3. By the 37th move, Pons was about to lose an exchange and was in no position to stop Radjabov's passer. 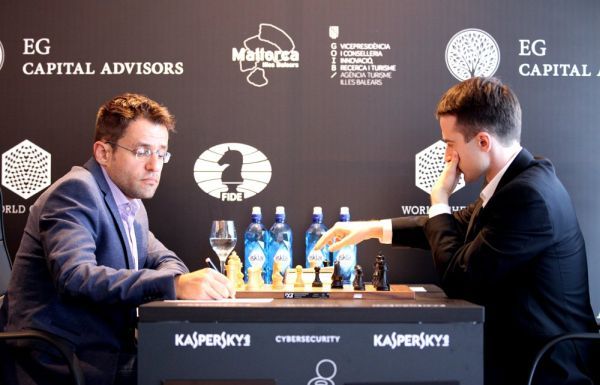 Levon Aronian went into a complicated but well-analyzed line of the Queen's Gambit declined and uncorked an impressive novelty on move 16. The position soon turned very complicated and on the 25th move, Inarkiev cracked and made an inaccuracy and lost the game ten moves later.

Going into the third round, four players -- Aronian, MVL, Giri and Radjabov -- shared the lead, having won a game each. In the third round, two decisive results later, Peter Svidler added himself to the list. 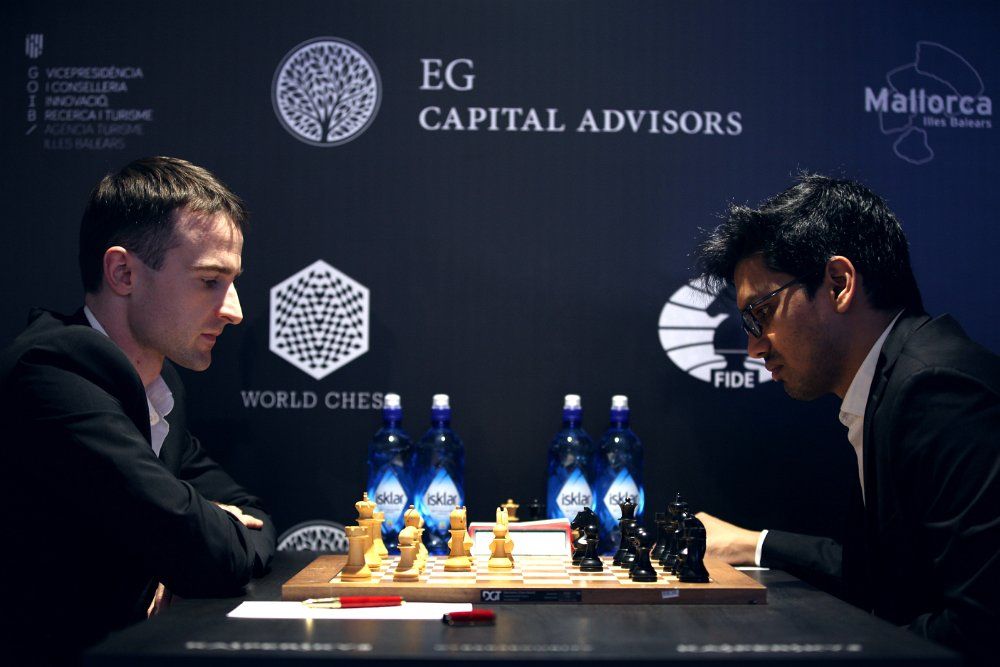 Pentala Harikrishna, on the other hand, almost seemed to have taken a day off as he drew against Ernesto Inarkiev in merely 20 moves!
Pentala Harikrishna and Ernesto Inarkiev simply did not seem to be in the mood to have a fight in their round three game. With the black pieces, Harikrishna went for the Scheveningen Variation of the Sicilian and just 20 moves into the game, the players repeated moves and shook hands. There are indeed six more rounds to go before the event concludes, but if Hari continues to play in such lackadaisical manner, he will definitely find it difficult to reach the top of the charts in this event which features such bigwigs as Aronian, MVL and Nakamura. 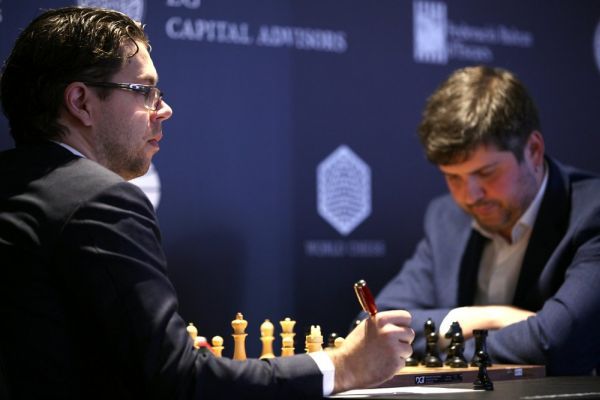 The game between Jon Ludvig Hammer and Peter Svidler featured something that rarely actually occurs over the chess board - A checkmate!

Talking of lackadaisical play, Jon Ludvig Hammer essayed the 6.Bxd7 line in the Sicilian Rossolimo, the blandest line of the variation. Svidler, however, played resourcefully and tried to create chances for himself. On the 16th move, Hammer erred with his move Nf5 and allowed his opponent a nice pawn majority in the centre. Soon Svidler got his pawns rolling and another error by Hammer in an inferior position led to a swift checkmate on move 39. 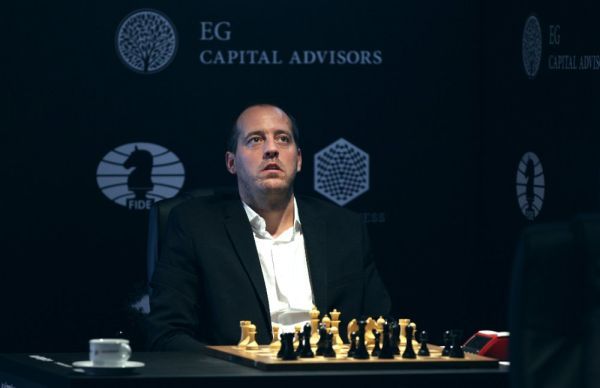 Local star, Francisco Vallejo Pons made a strong comeback in the third round by winning his game against Boris Gelfand