Chess like music, like love has the power to make man happy! And the chess that was on show at rounds five and six of the KIIT International Open 2017 in Bhubaneshwar was simply delightful. Of course, there were many excellent games played, but two combinations that stood out, were the ones executed by a 42-year-old experienced Bangladeshi grandmaster, and other by a 10-year-old talent from Mumbai. Well, what can we say, Caissa doesn't really care for the age, only good moves!

GM Ziaur Rahman is the sole leader with 5.5/6

Double rounds are always exciting. A lot of things happen in one day and often the fate of a tournament is decided by it. The fifth and sixth rounds of the KIIT International Open in Bhubaneshwar took place on the 29th of May. And although we cannot say that we can clearly see the winner of the tournament, we finally have a sole leader - GM Ziaur Rahman with 5.5/6. But before we go into details of what happened in the games, let's have a look at two beautiful combinations of the day. One was played by the experienced maestro from Bangladesh and other by the little master from Mumbai! 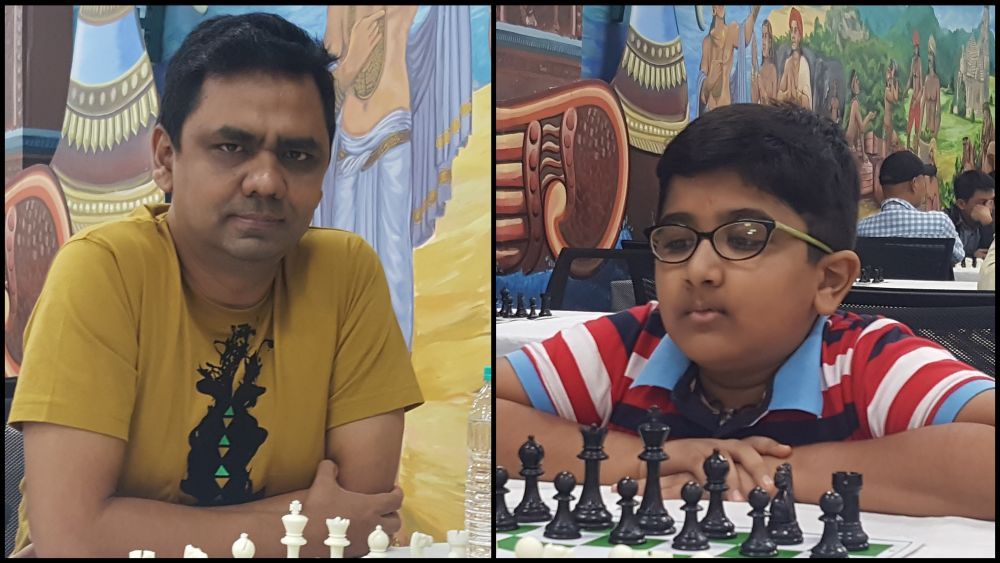 The beauty of chess is that age doesn't matter. On one hand you had 42-year-old Ziaur Rahman who blew his opponent away with a nice idea. On the other you had 10-year-old Aditya Mittal whose combination is worthy of entering any attacking manual!
Sayantan Das - Ziaur Rahman, round 6 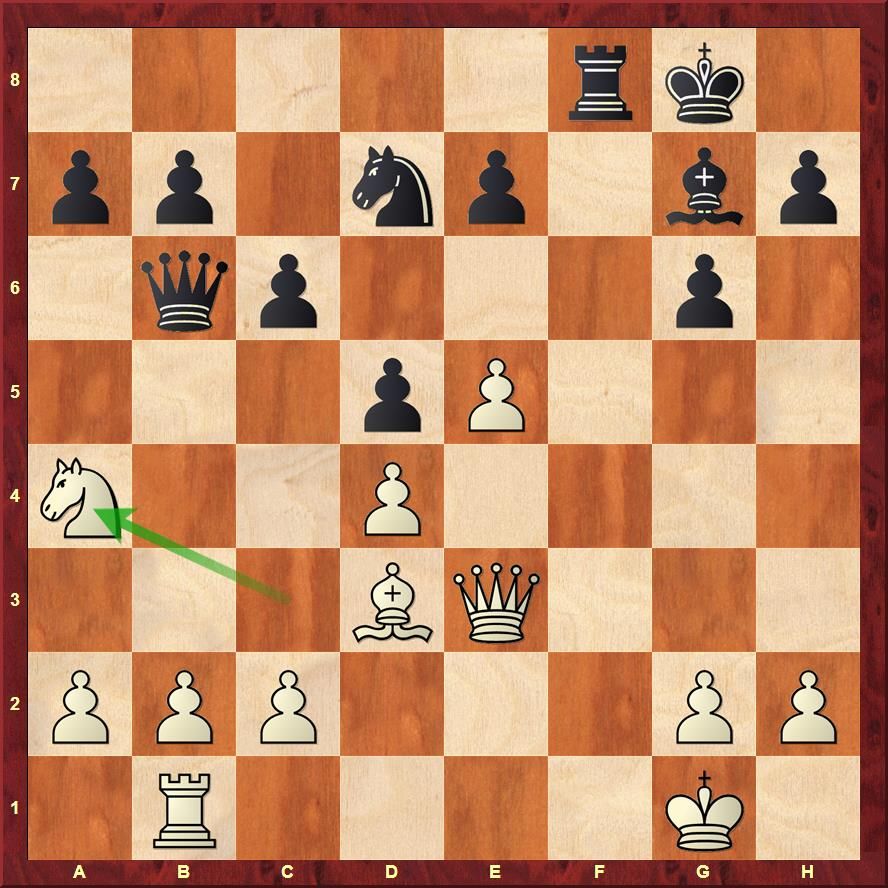 You have to agree that ...Nxe5 that was executed by Ziaur Rahman was not so easy to see. Now we move on to the second beautiful combination of the day! But first, try if you can match the skills of a 10-year-old prodigy! 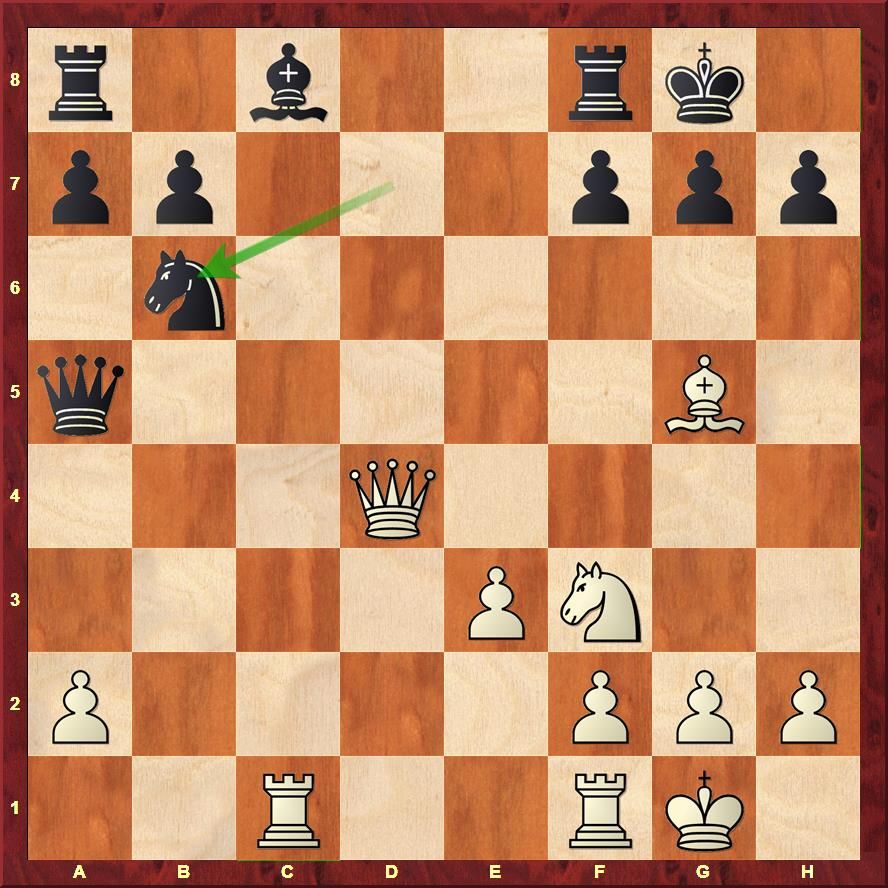 Niaz Murshed has just moved his knight from d7 to b6. How should White continue? Mind you, even the computer doesn't find this idea easily! 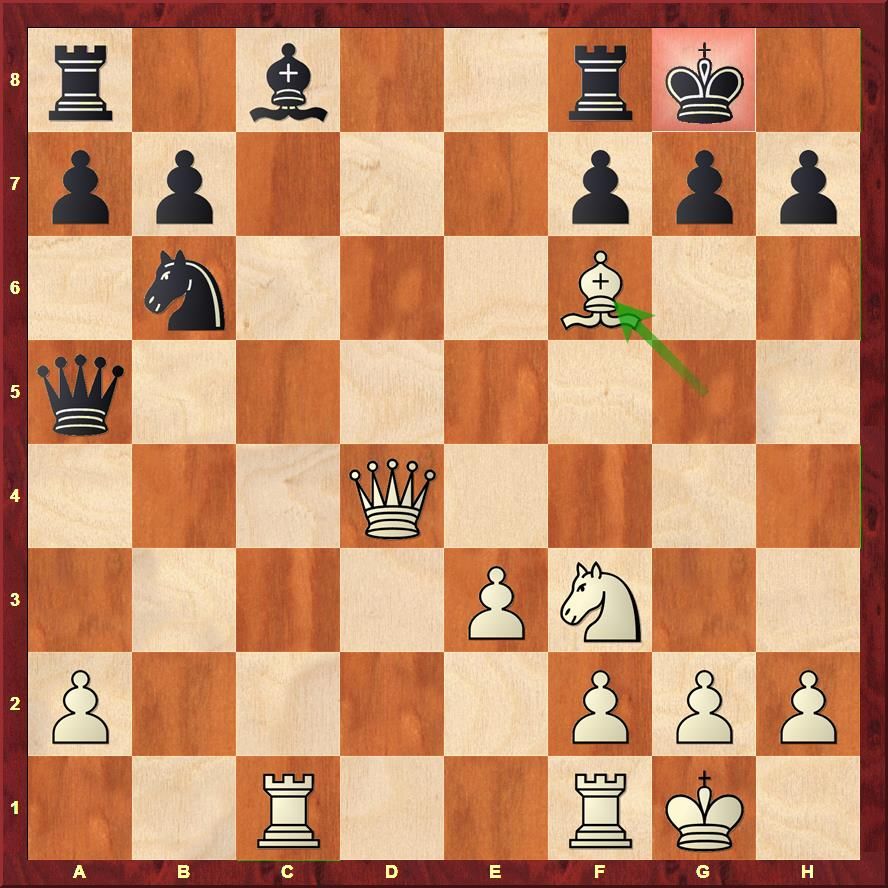 The correct solution is the stunningly brilliant 17.Bf6!! The king on g8 is lonely, so why not invite it to the party! A party of white attackers! And also the rook is joining in via c5. Great job by the 10-year-old boy to find this excellent combination. 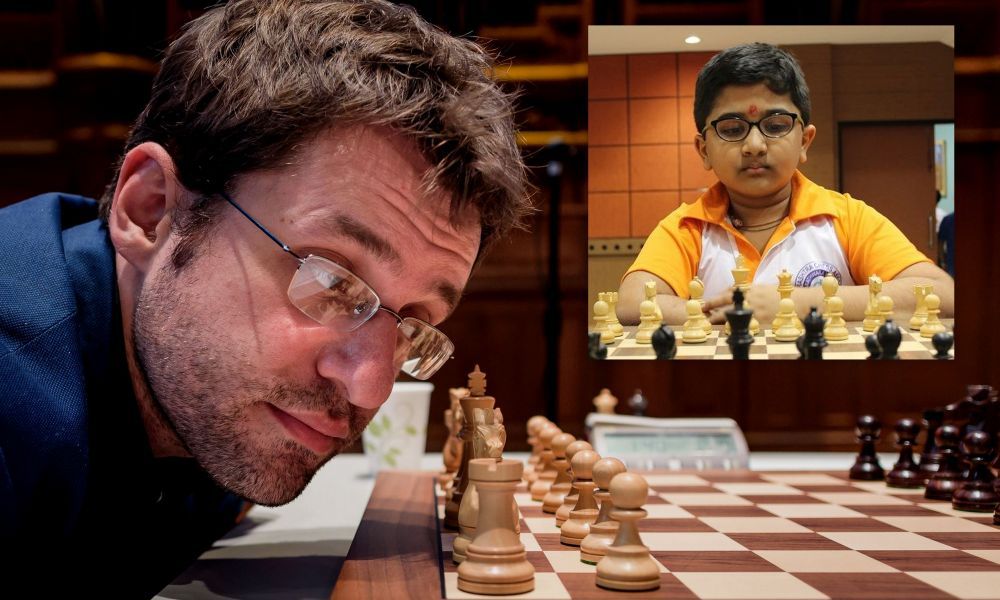 10-year-old Aditya Mittal is not just an excellent player (as the game above shows), but also a high class annotator. He has analyzed many of the games for the articles on ChessBase India. As Botvinnik used to say, analyzing your own games and that of other masters and publishing them is the right way to improve at chess. Because when you publish your analysis you get critical feedback from the readers. In case you would like to get a taste of Aditya analyzing skills, check out this article where he talks about the game Aronian vs Rapport from Tata Steel 2017. 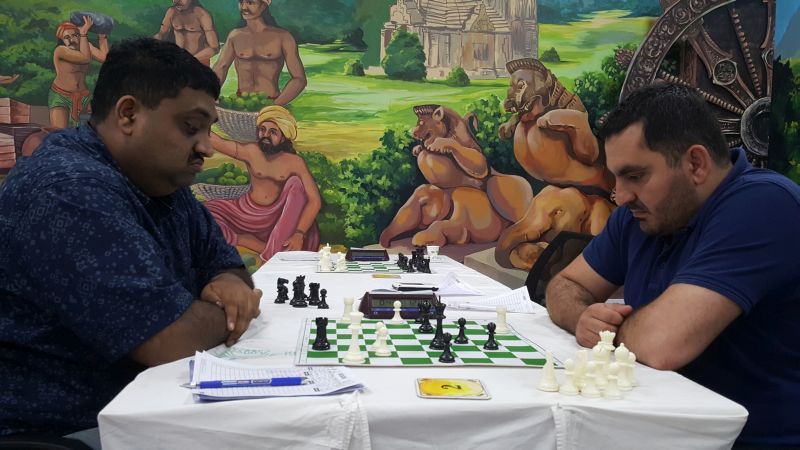 R.R.Laxman and Levon Babujian have a very similar built. They are both grandmasters with similar rating and both had worn blue coloured shirts! No wonder the game of equals ended in a draw on board two. But it was not without excitement!
In this video you get to see how Laxman who has nearly 40 minutes is so quick to move, while Babujian who is down to his last three minutes is playing it easy. You can learn a lot about psychology and putting pressure on your opponent through this video. 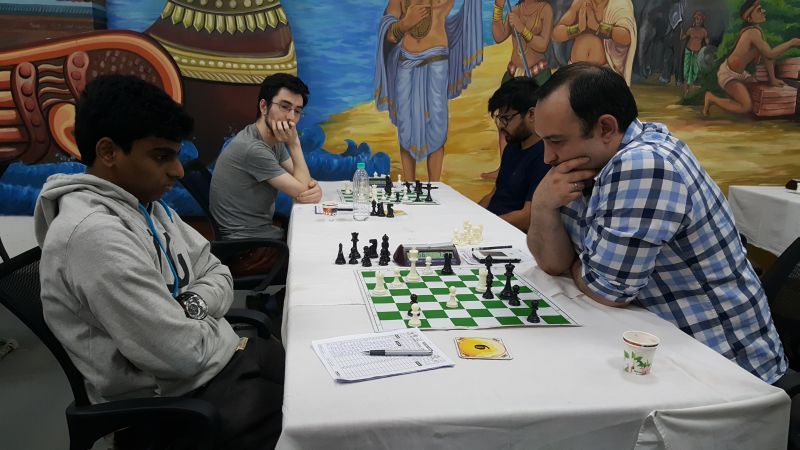 Sai Krishna G.V. did a commendable job of holding Farrukh Amonatov to a draw 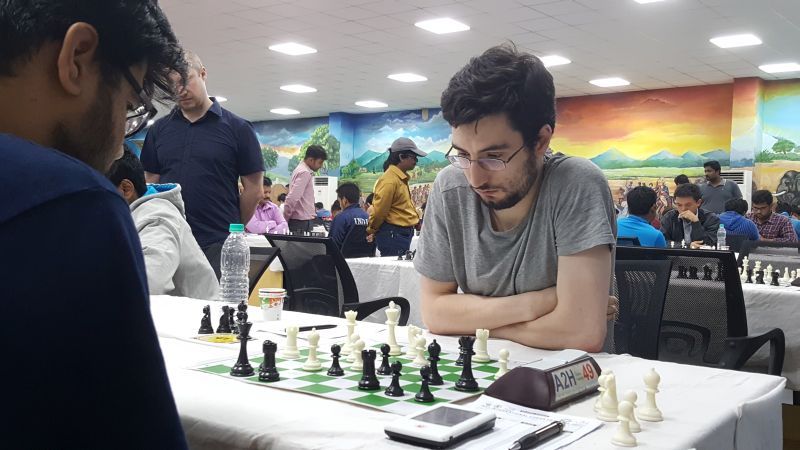 After two draws in rounds two and three Adam Tukhaev is back with three wins. He is now on 5.0/6. He was able to demolish CRG Krishna's king from the white side of the French Defence.
A short interview with GM Debashis Das who is currently on 5.0/6. Debashis talks about his aim in the tournament, whether he is a professional player and what his future plans are. 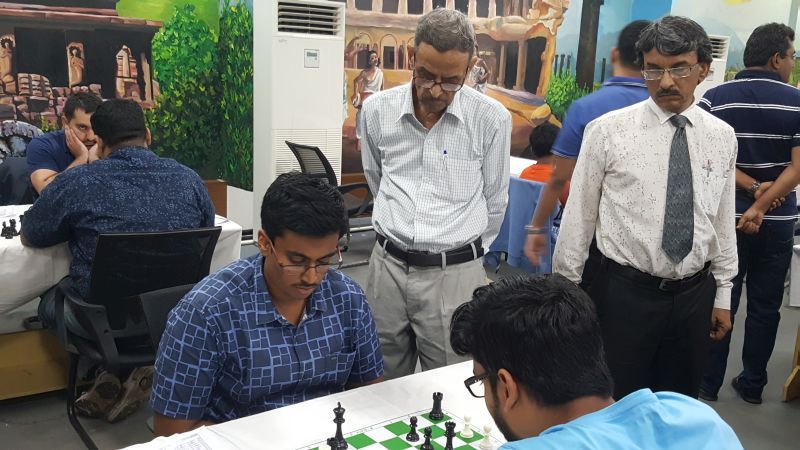 Look at the passion of this 80-year-old man. After finishing his game he stood right next to the battle going on between Nitin and Karthik and tried to get to grips with all that was happening. 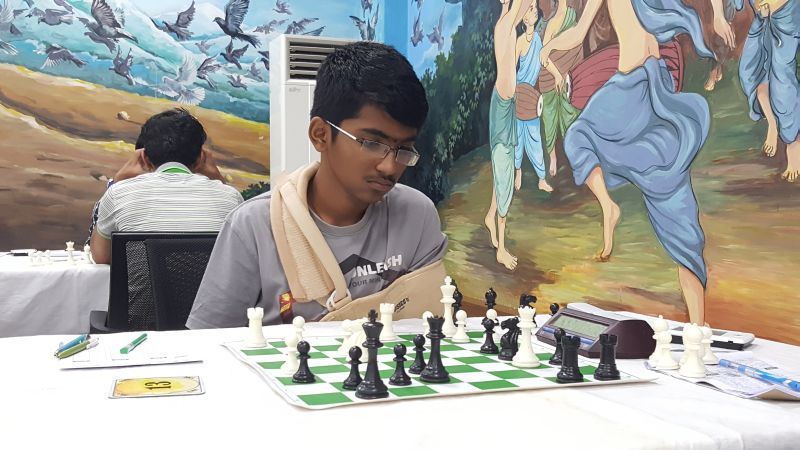 Great spirit shown by Rathanvel V.S. who is playing with a fractured hand. In the game, however, his opponent Vikramjit Singh showed no mercy and won with a fine attack. 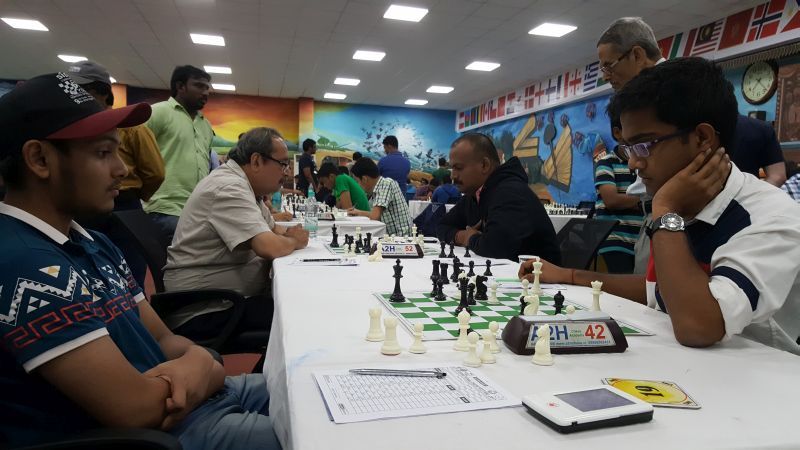 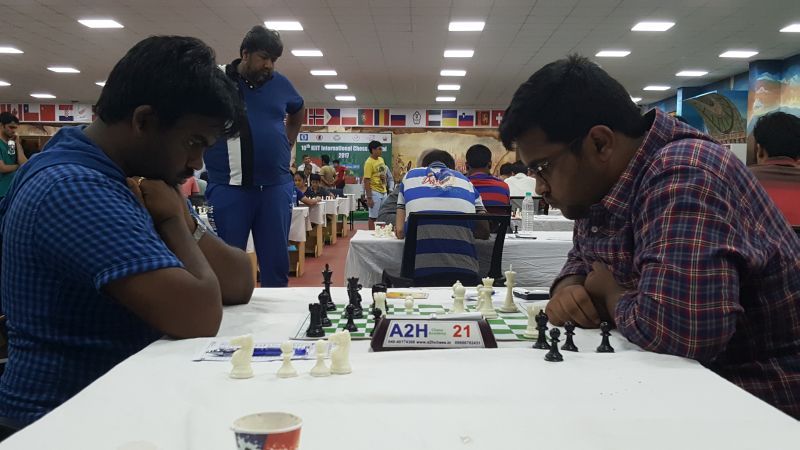 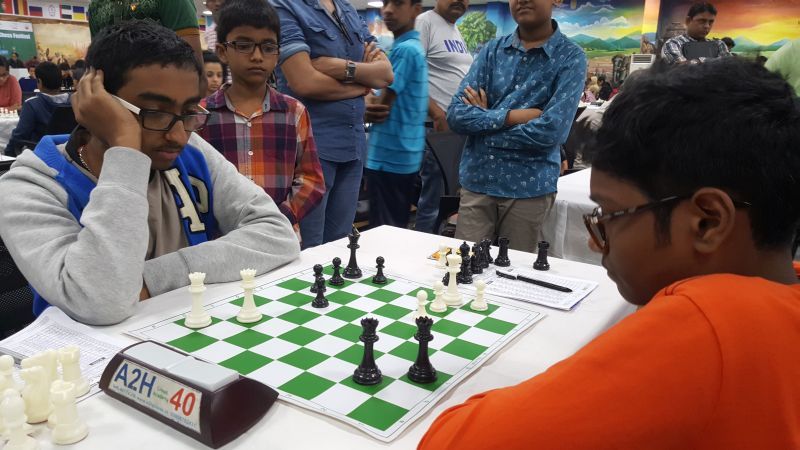 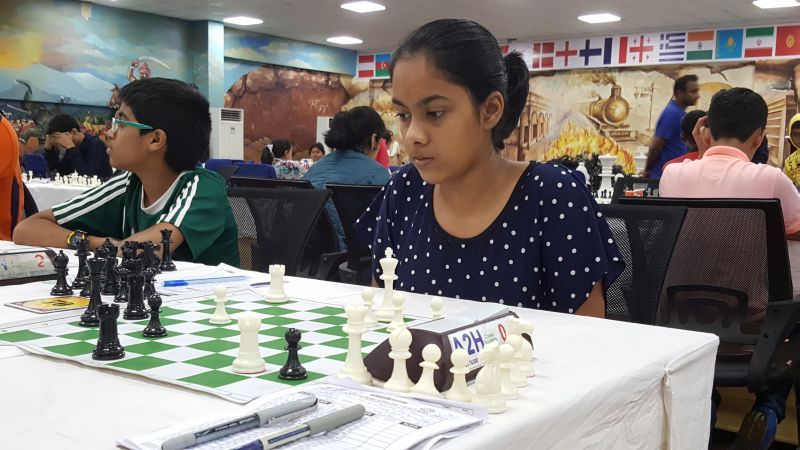 Local girl Saina Salonika is on 3.5/6 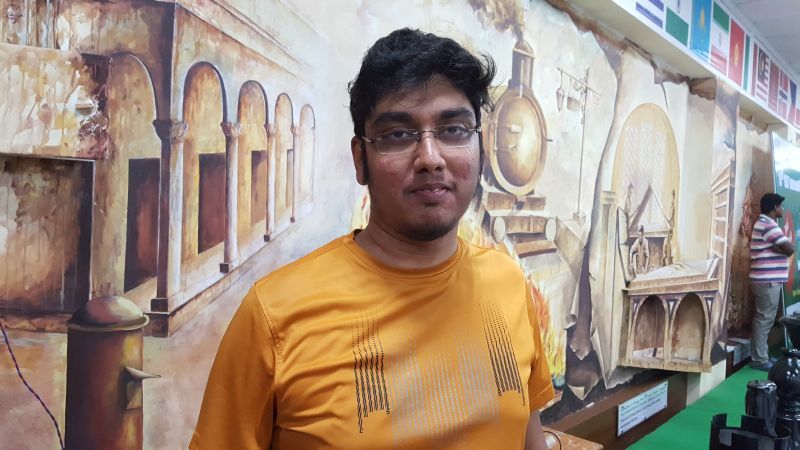 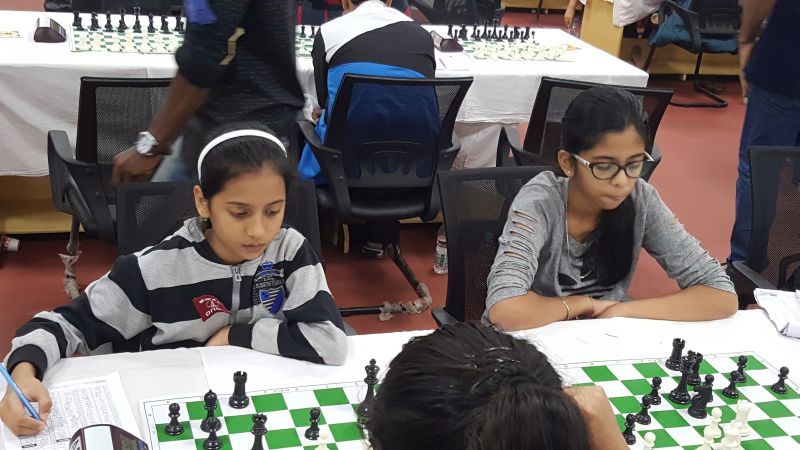 With 3.5/6 both Nagpur girls Divya and Mrudul are hunting for their maiden WIM norms 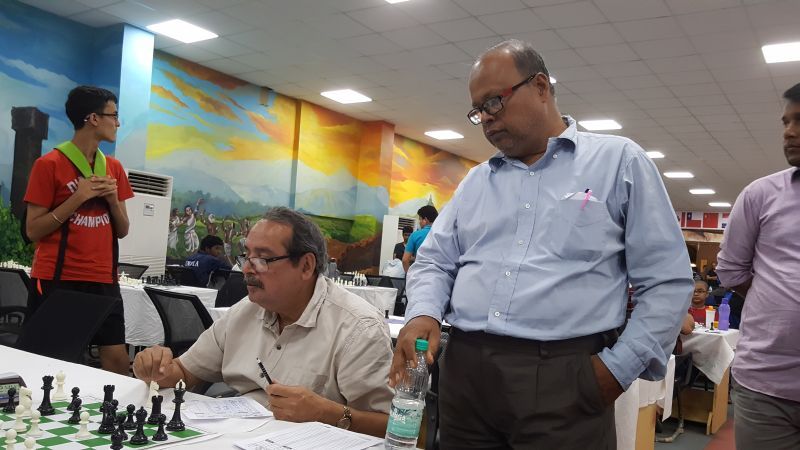 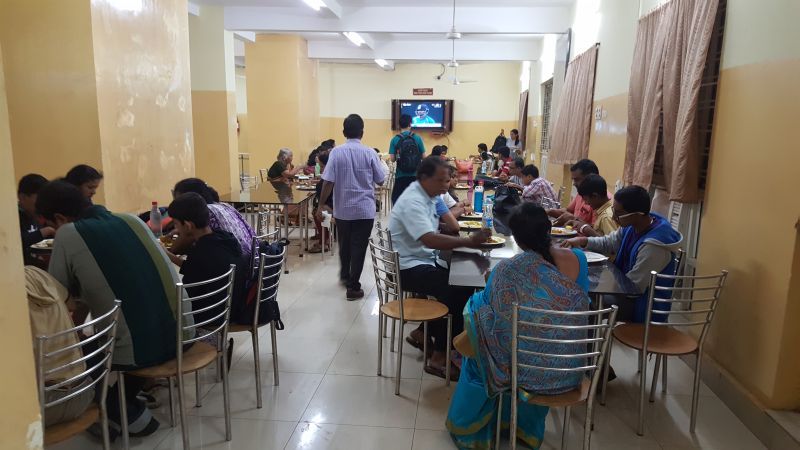 Having food with your friends in the air-conditioned hall and watching the Champion's trophy is an ideal way to unwind! 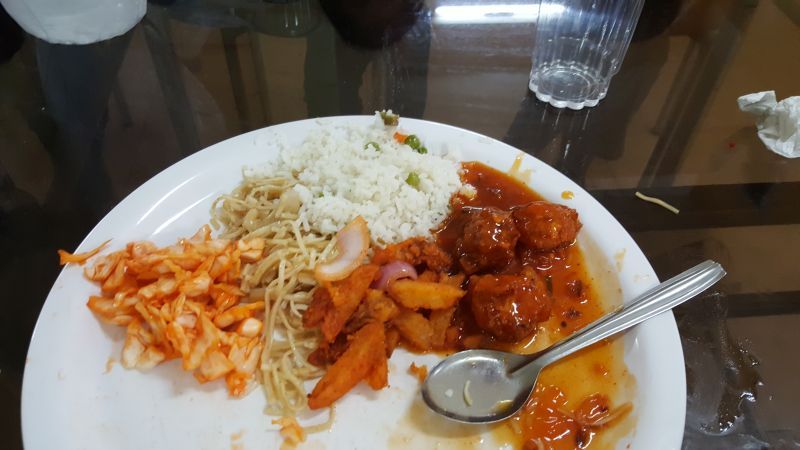 High quality food is provided to all the participants. The cost is included in the entry fee. 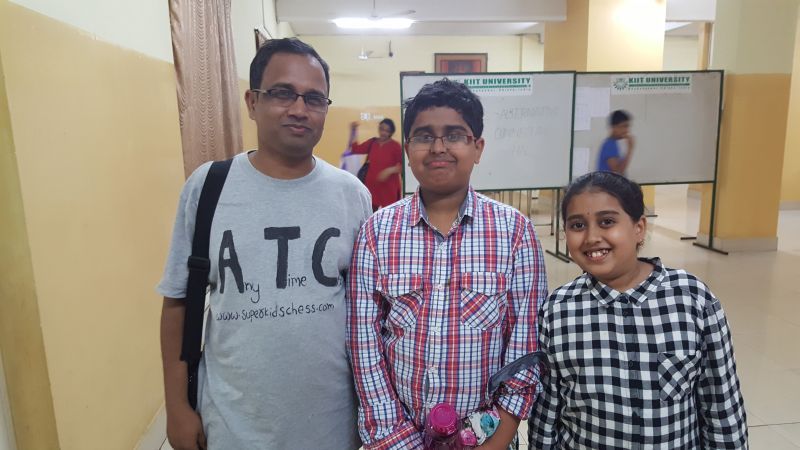 It's always nice to see a chess family. Tarun and Trisha Kanyamarala with their father.

Complete pairings of round 7

Watch the games live on the ChessBase India website at 15.00 hours