How exciting can first round of an open tournament really be? Players with a rating gap of nearly 400 points were pitted against each other at the 10th KIIT International Open 2017. Yet, we had four GMs who were held to a draw and many more IMs joining the casualty list. The biggest upset of the day was definitely the victory of 17-year-old from Kolkata Chandreyee Hajra over three-time national champion Padmini Rout. We have the game with complete analysis and pictorial illustrations.

Photos by Rupali Mullick
At three in the afternoon some of the best minds of India and the world of chess gathered at the sports complex of the Kalinga Institute in Bhubaneshwar to play at the 10th KIIT International Open 2017. First rounds are usually considered to be just a formality for higher rated players. But this was not the case here. The top ten boards itself witnessed three draws! But surely the biggest upset of the day was 17-year-old Chandreyee Hajra's victory over the local favourite and three-time national champion IM Padmini Rout. 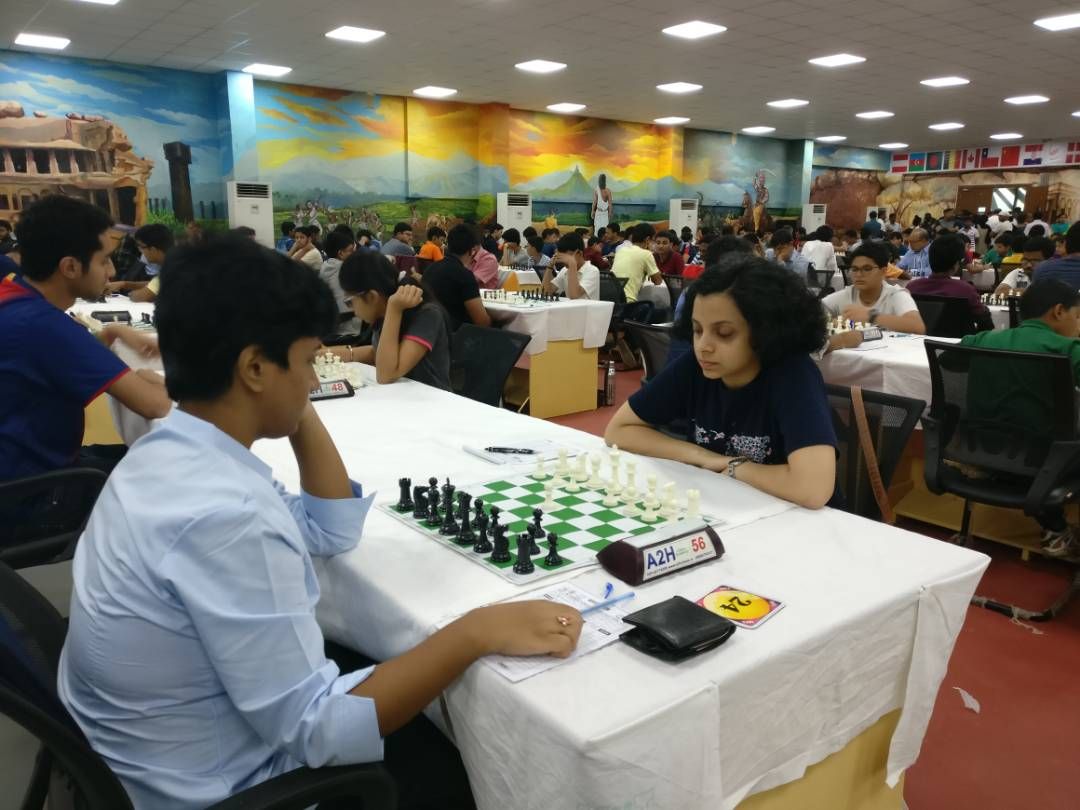 With a rating of 1934 Chandrayee was clearly the underdog by a huge margin (450 Elo points). But she fought bravely and pulled off a great victory.

The game was a good example of how playing too ambitiously can backfire. Padmini got a good position out of the opening, but wasn't able to follow up with the best moves. She could have equalized the game and played an even position, but tried to make some risky moves. This could have worked against a lower rated opponent, but Chandreyee was in great form. She gobbled up all the material that was on offer and effortlessly converted the game into a full point! 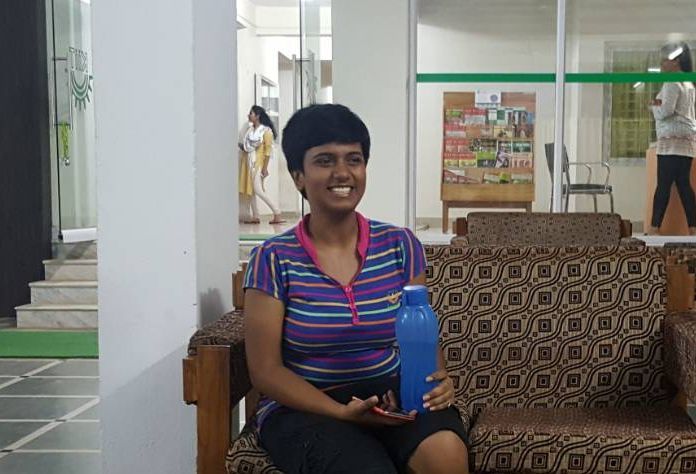 If you are motivated by Chandreyee's play you might want to learn the Caro Kann. No one better than India number three Vidit Gujrathi to teach you all the ideas in this opening from black. 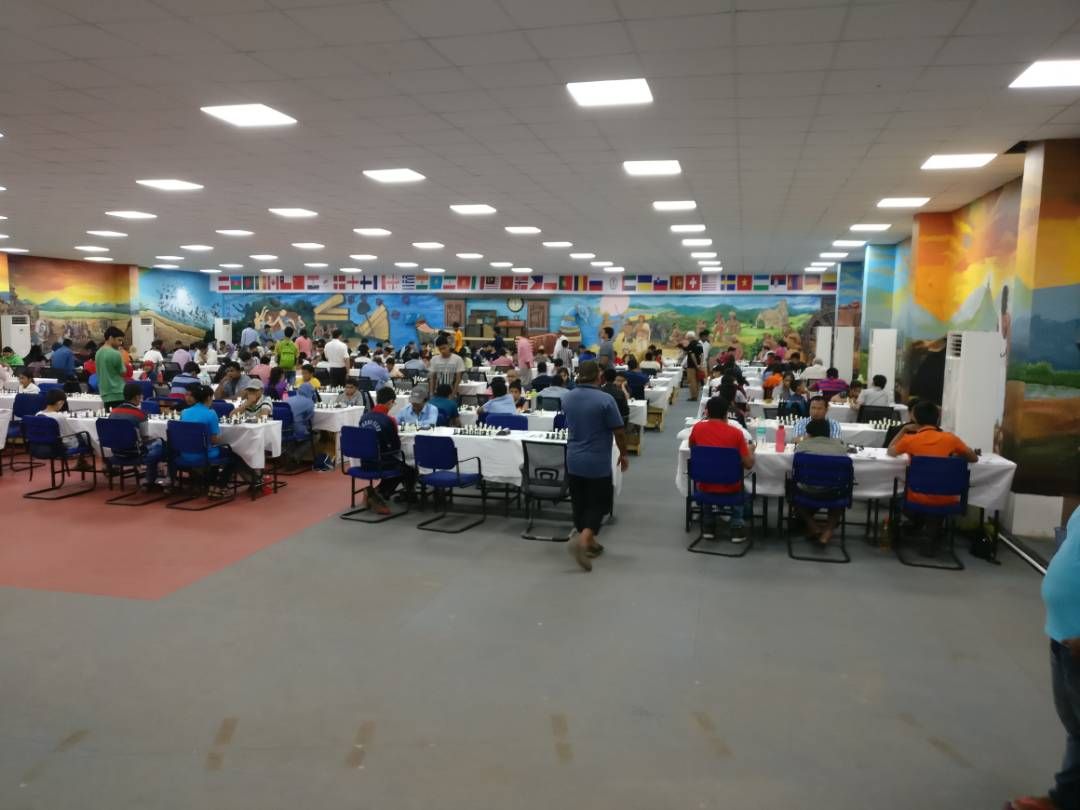 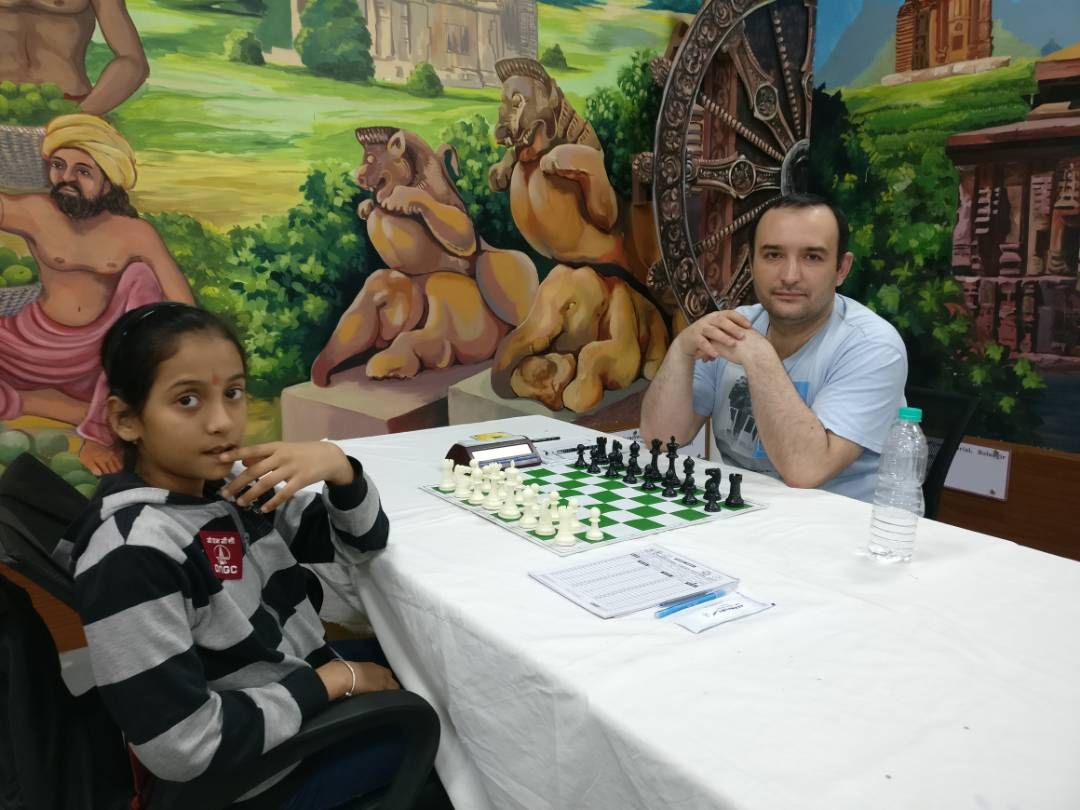 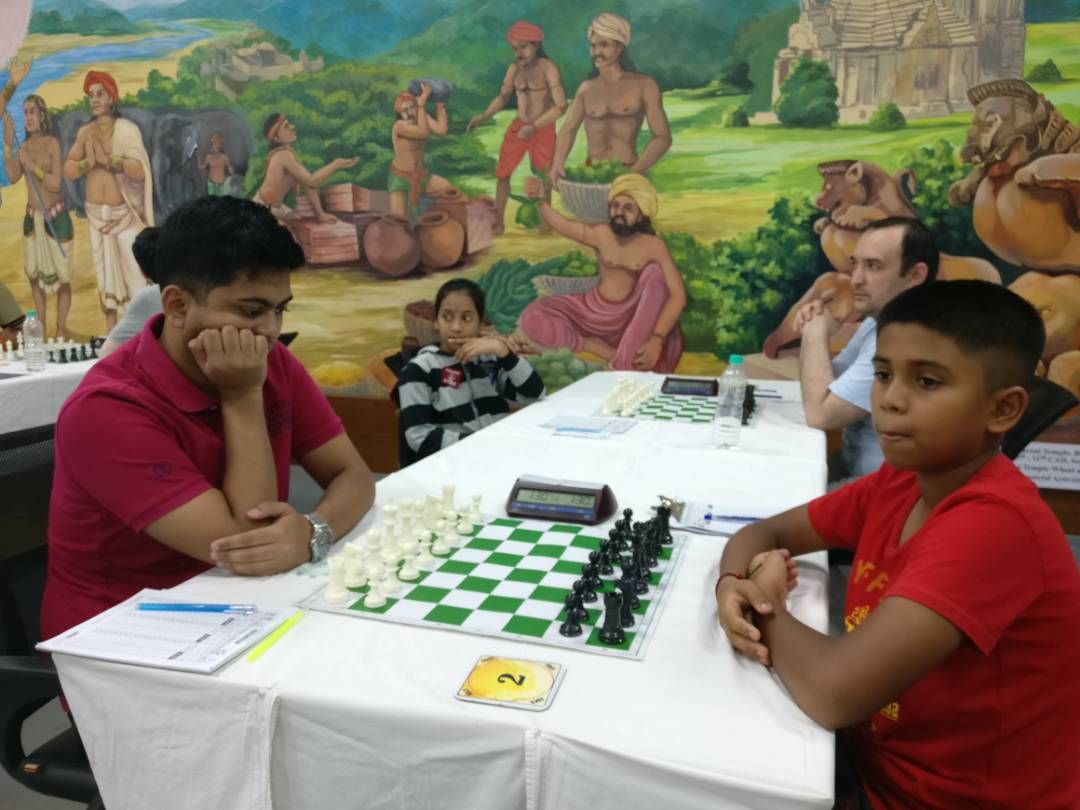 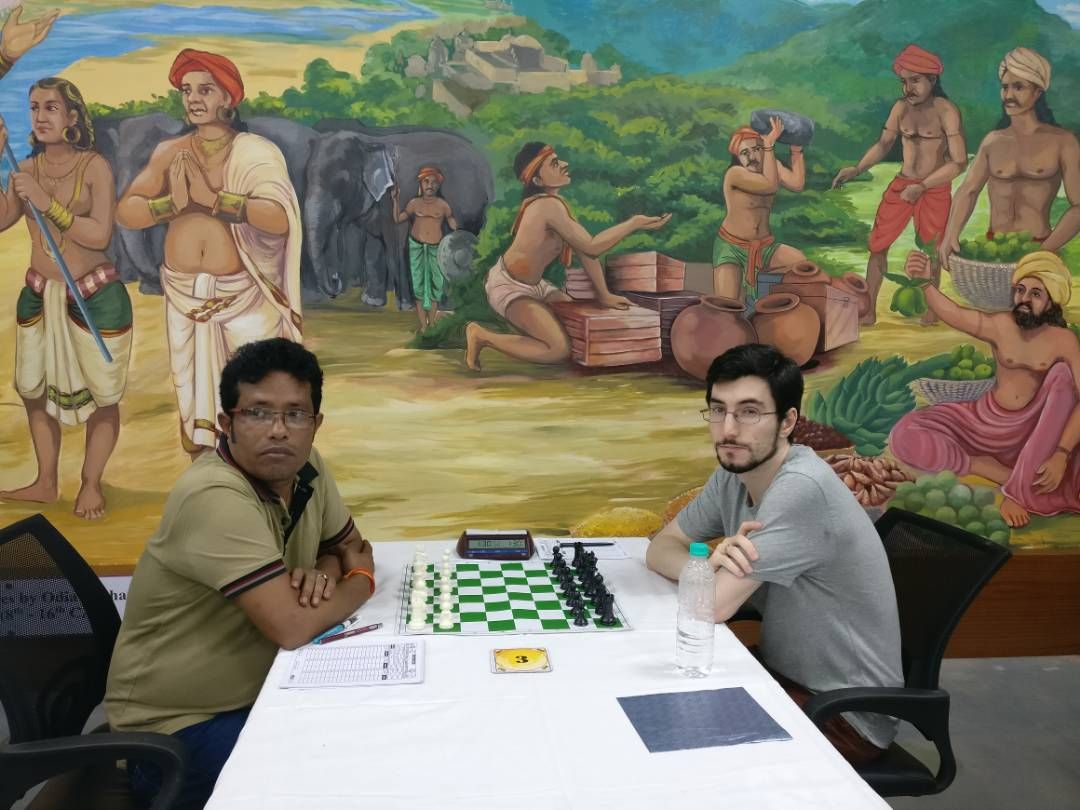 Adam Tukhaev loves it in India. He won the IIFLW tourament in Mumbai and the Chennai Open just a few months ago. He started the KIIT Open with a fine win. Check out this interview conducted by Shubham Kumthekar where Adam speaks about his secret of winning two strong opens in India. 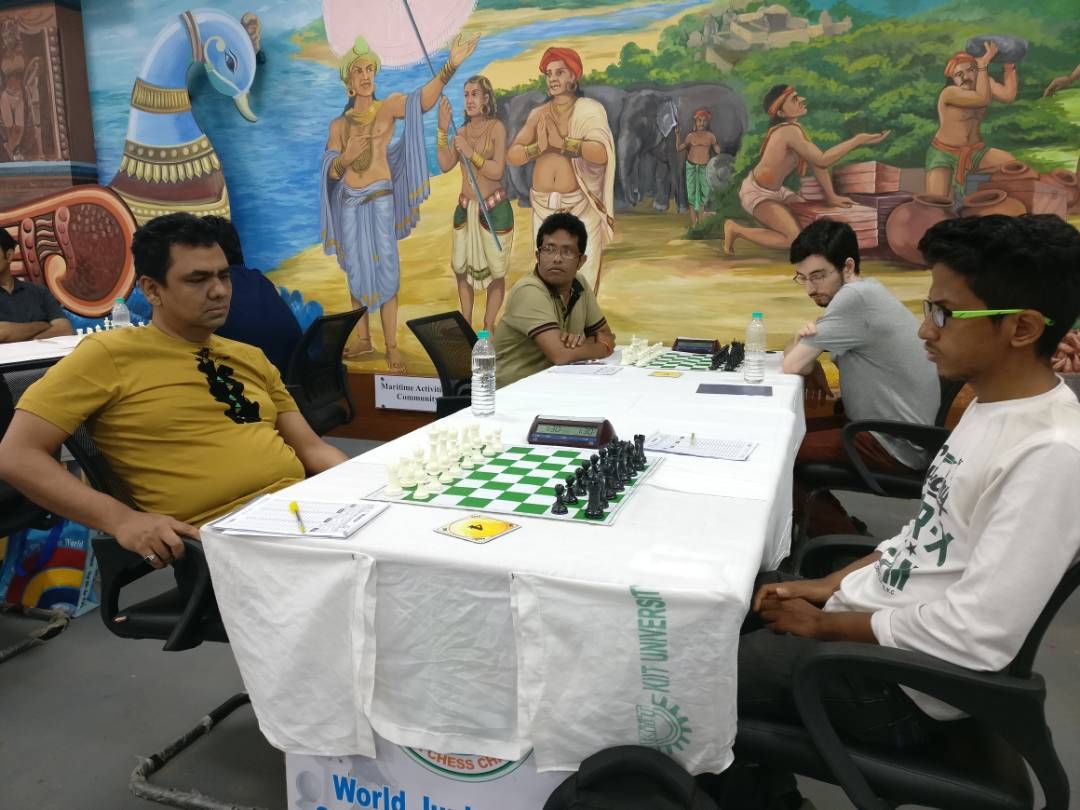 The pride of Bangladesh chess Ziaur Rahman (left) scored a win in the first round. In round two he takes on... 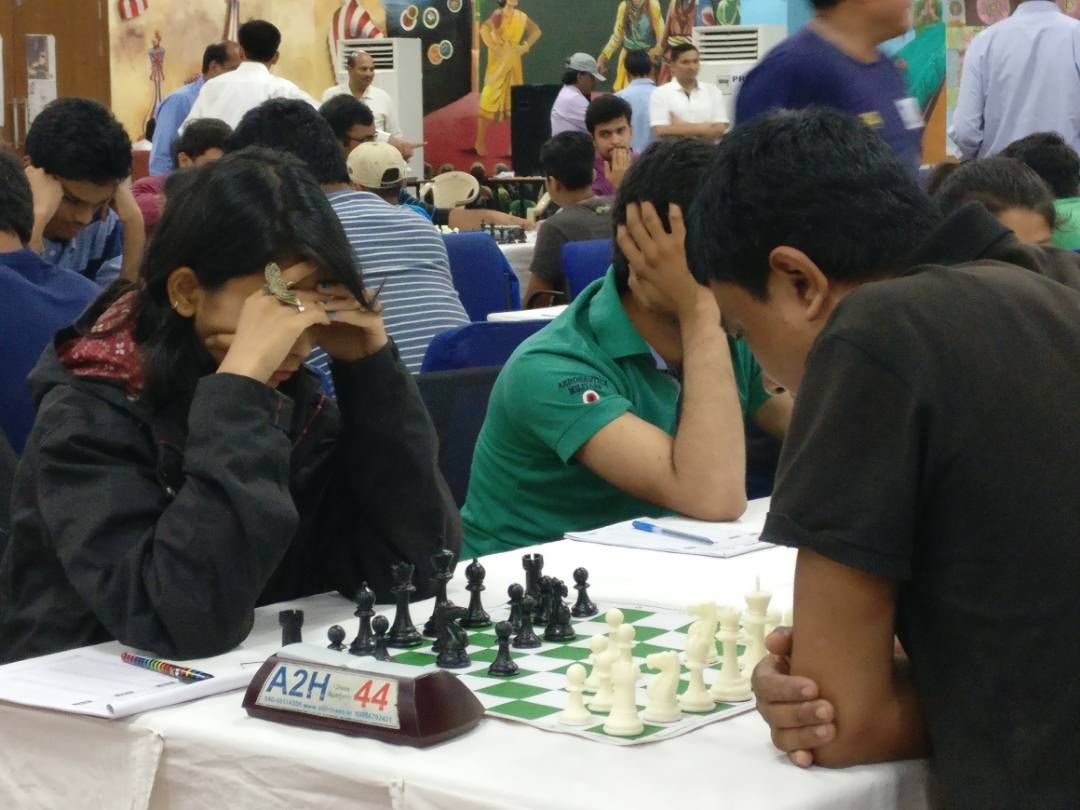 ...co-founder of ChessBase India Amruta Mokal, who seems to be really focused to perform well! 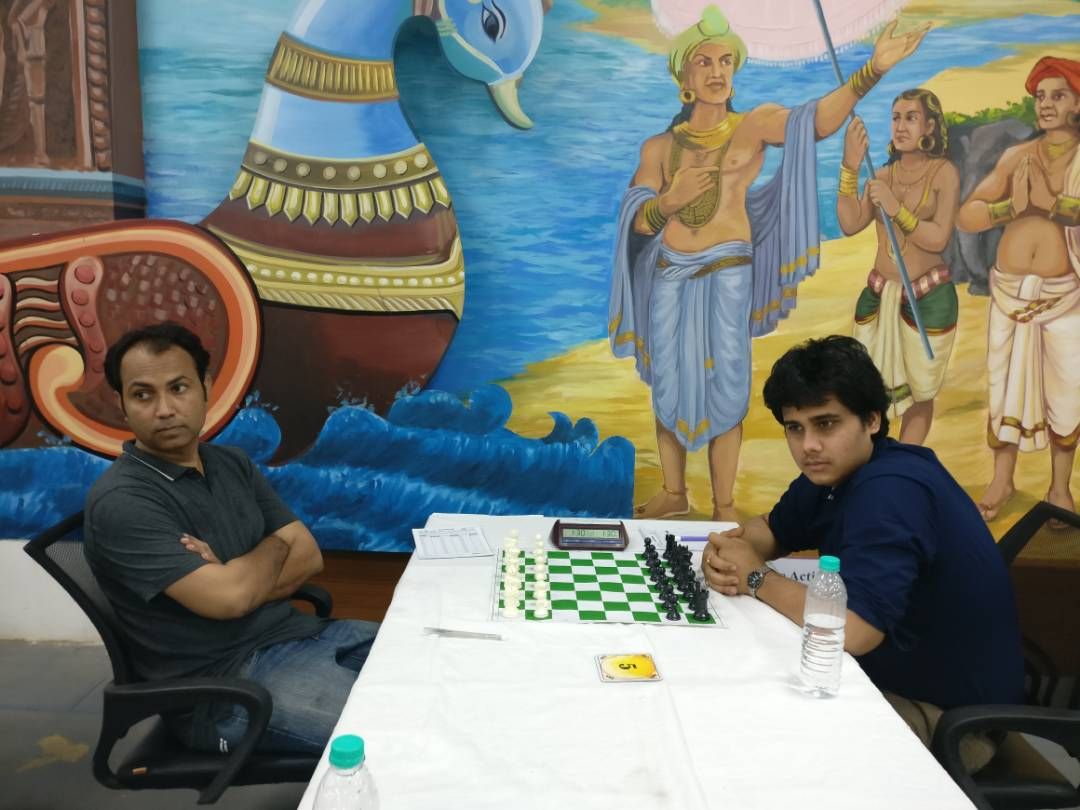 Local boy GM Debashis Das (right) would like to win the event in front of his home crowd! 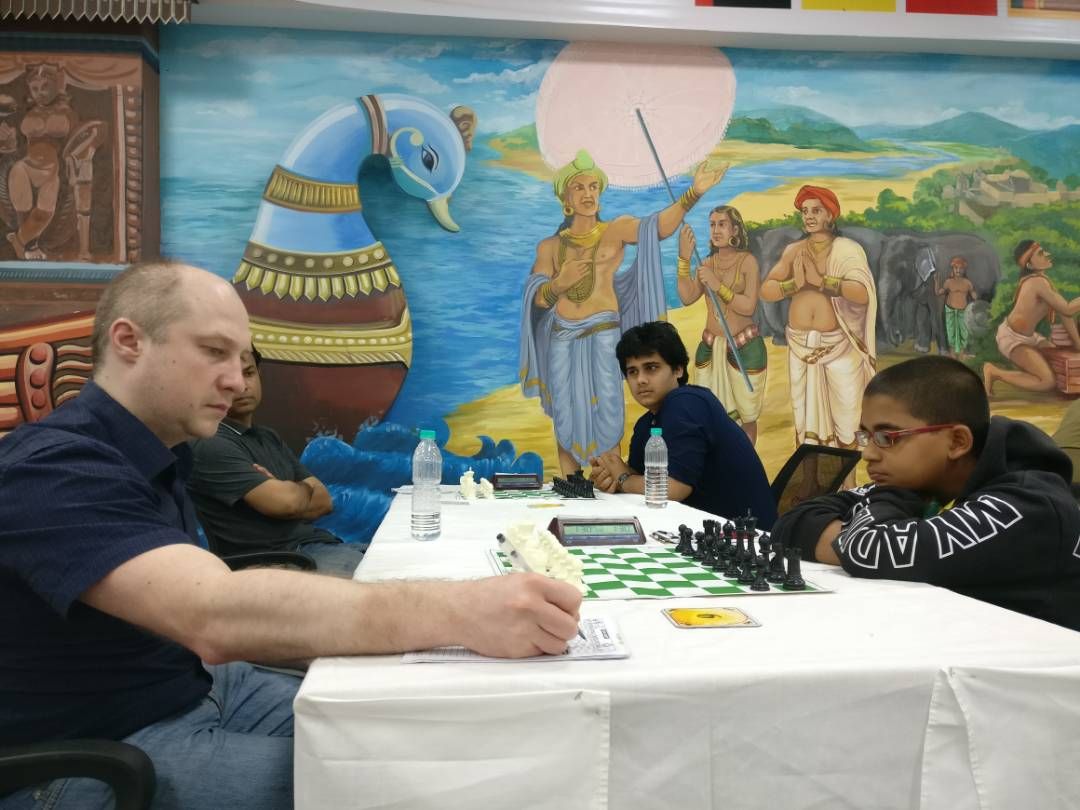 Andrei Deviatkin was the highest rated player on day one to have drawn his game. He was held by Karthik Kumar Pradeep. 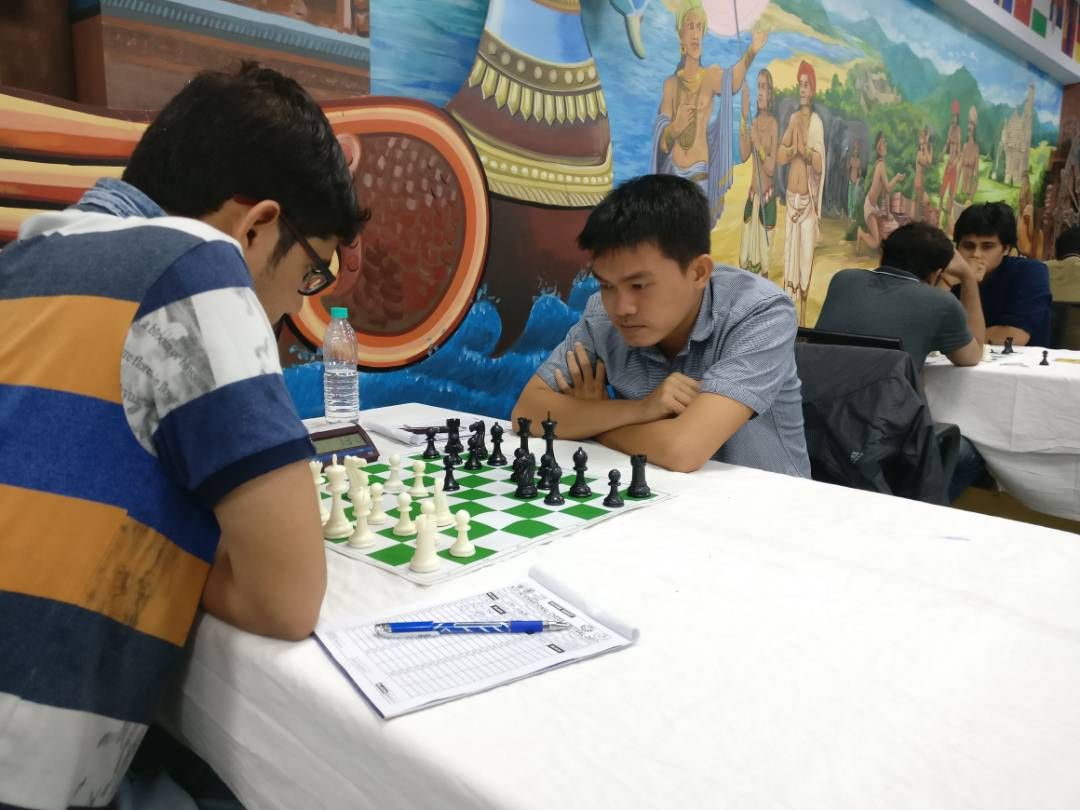 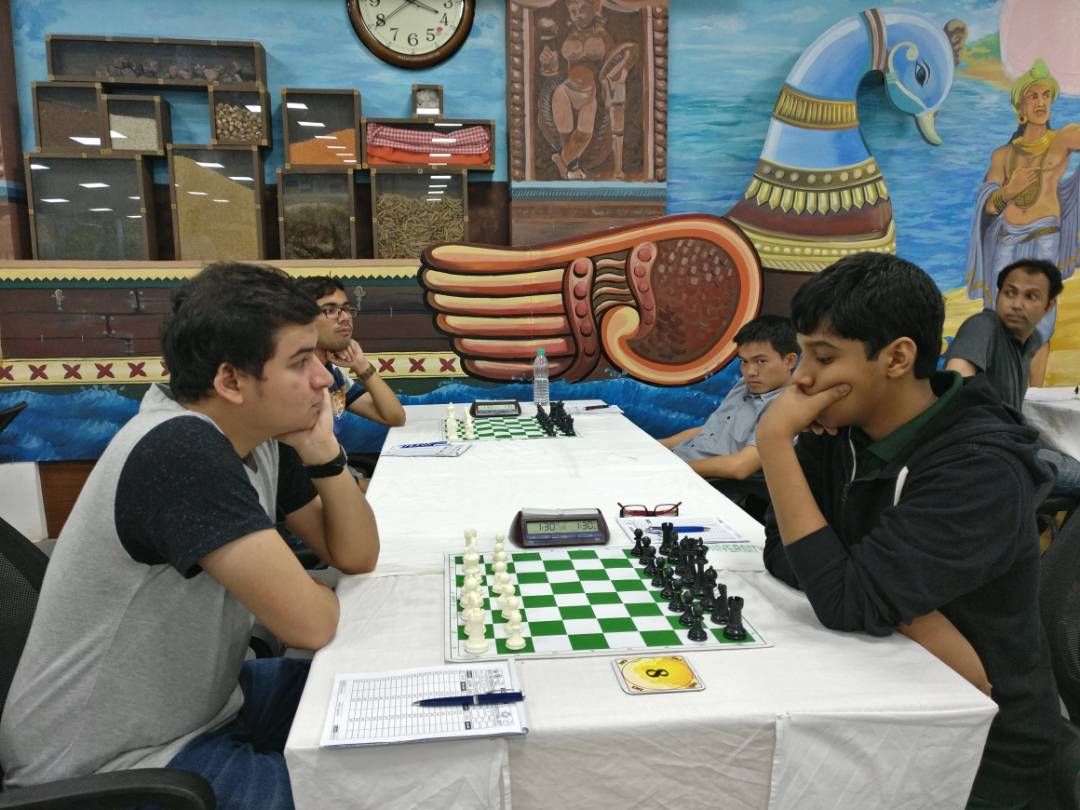 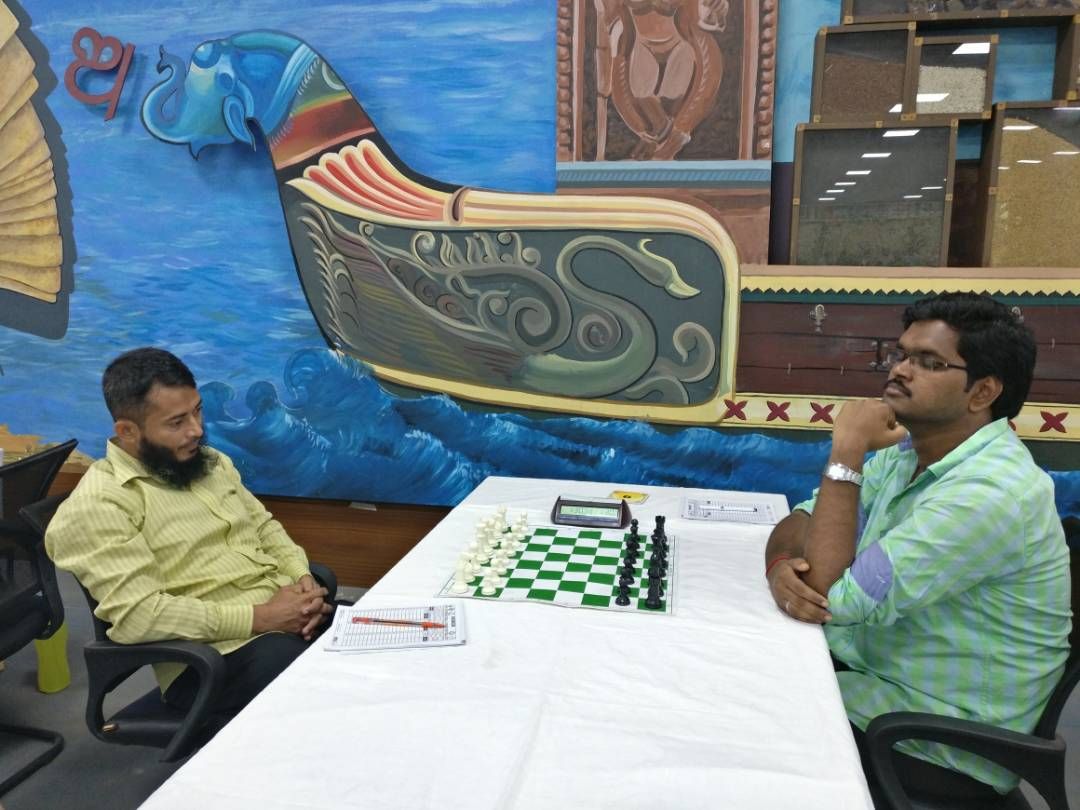 P Shyaam Nikhil has won a host of rating tournaments in India recently. He would want to extend his reign to such international events. He started off with a win. 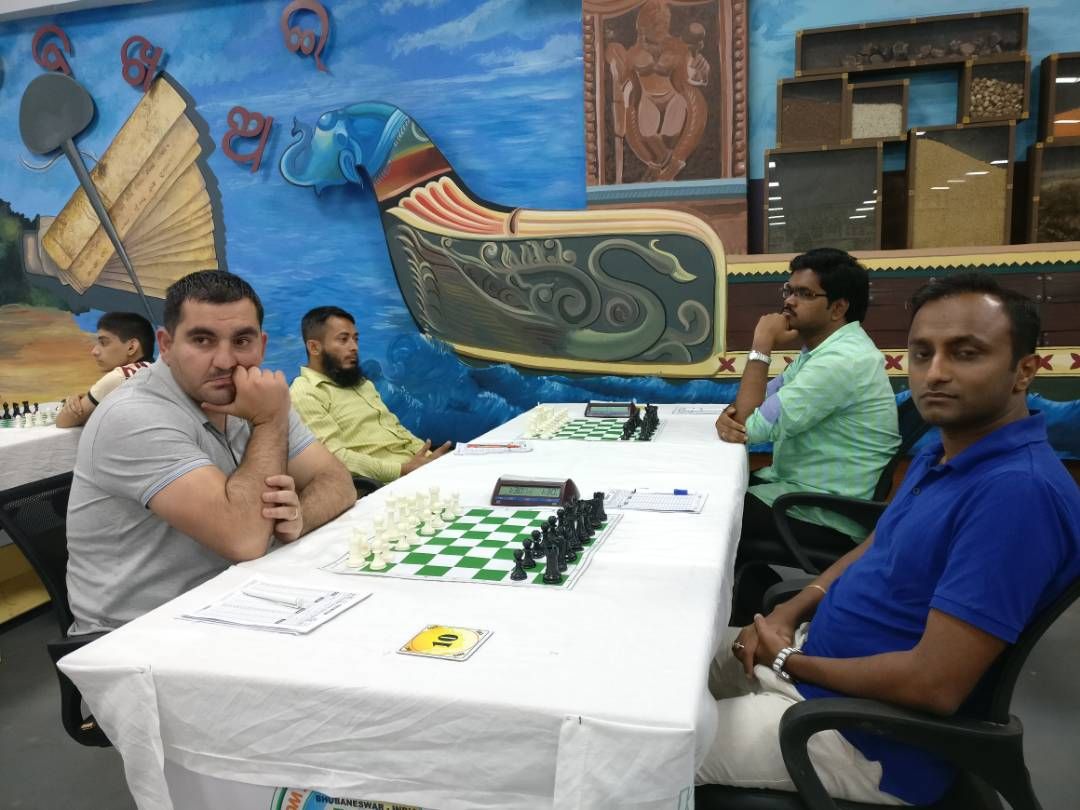 Armenian Levon Babujian would have hoped for an easy first round. But R. Jayaram made his task extremely difficult and split the point. 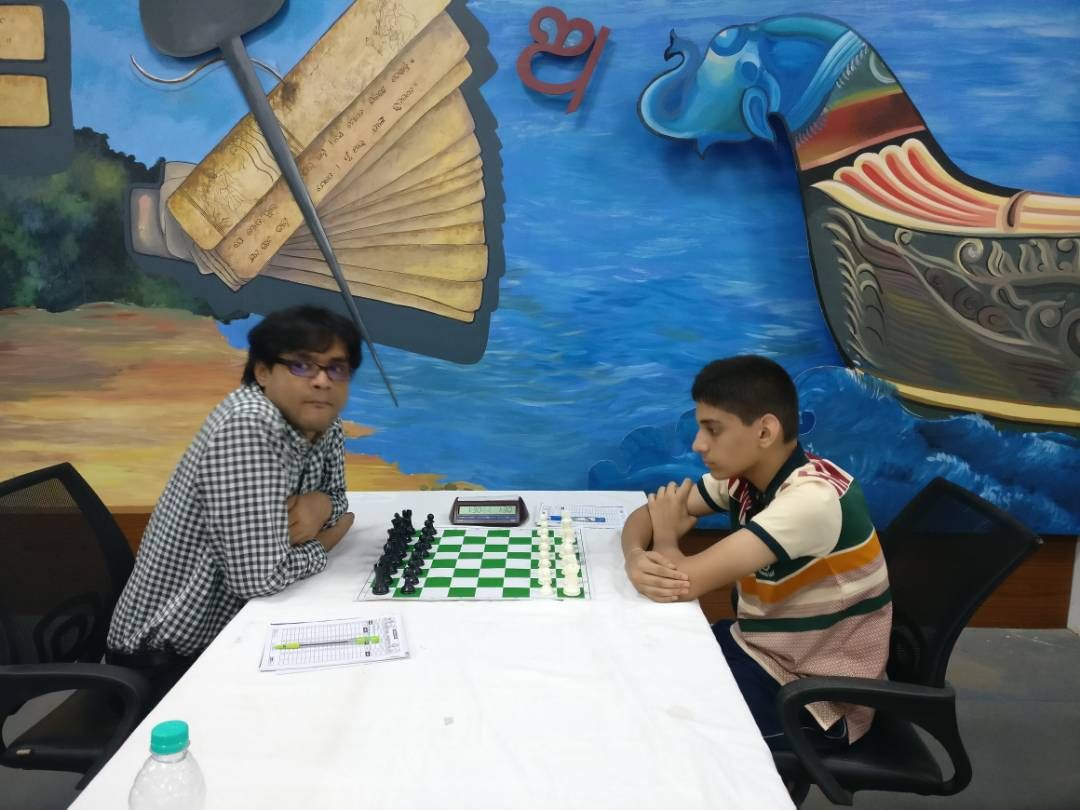 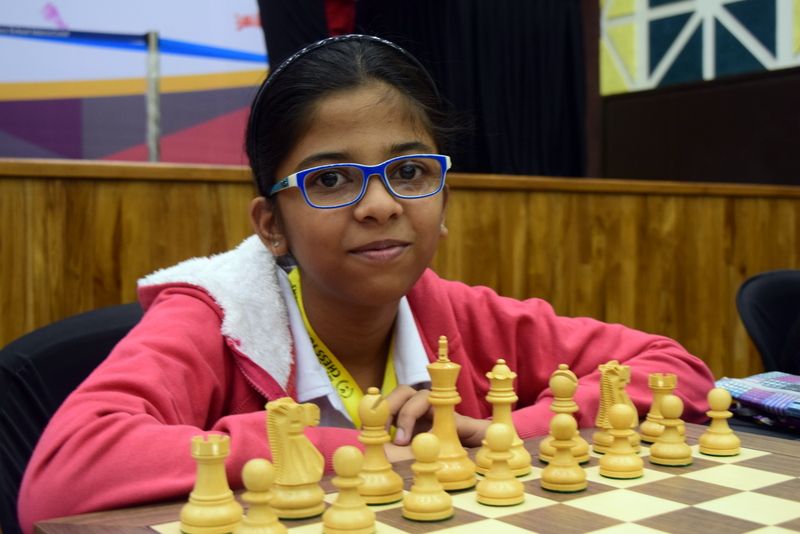 Mrudul Dehankar scored a huge upset by beating IM Rishi Sardana (2390)
Mrudul is one of our top youngsters of India. At the ae of just 12 years she has many achievements to her credit with medals at World Youth events. When I met her in Nagpur at the National Schools in January 2017, I was able to record a video with her. She showed her win over Dhyana Patel with the black pieces. Seeing this video experienced Spanish GM Marc Narciso Dublan wrote on Facebook:
"I am very impressed, and yes, I smell talent in her comments and attitude. Her visualization is very good, as she seems to have the positions and ideas deeply inside her mind. She can easily explain variations that are not actually on the board which is a very good sign. I enjoyed the video very much, hope you produce more like this!"
Here's the video:
Mrudul Dehankar shows her win against Dhyana Patel from National Schools 2017 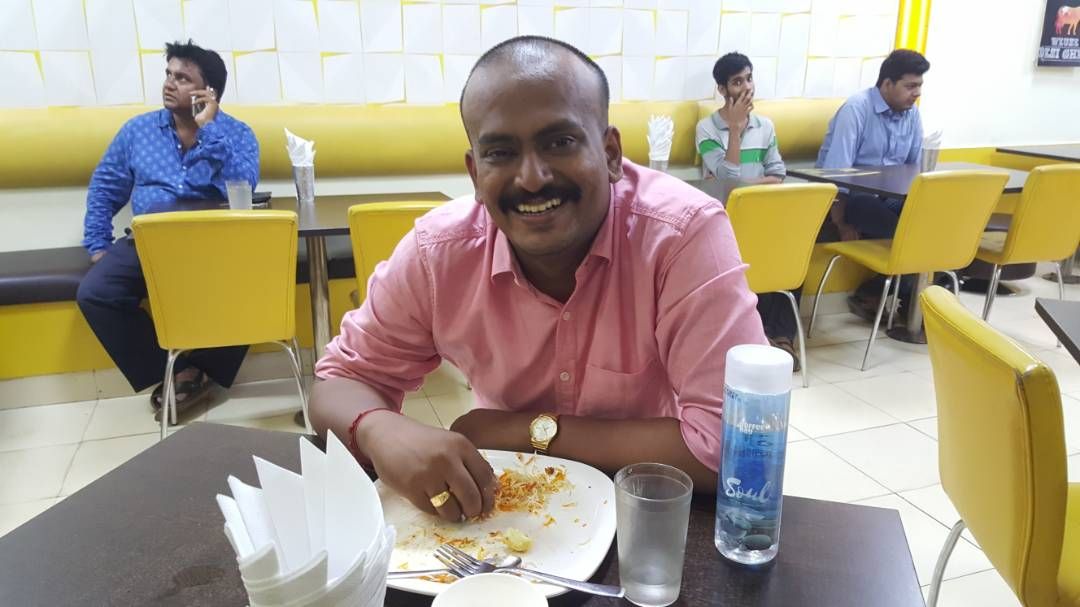 All the players are given free food at the hostel. However, Saravana Krishnan was eating his dinner at a restaurant outside the premises. When enquired about it he said, "It's my way of dealing with the first round loss!" Saravana lost his game to Sri Lanka's Amararasinghe. Well, all we can say is that the biryani was delicious and we wish Saravana a great tournament in the remaining nine rounds! 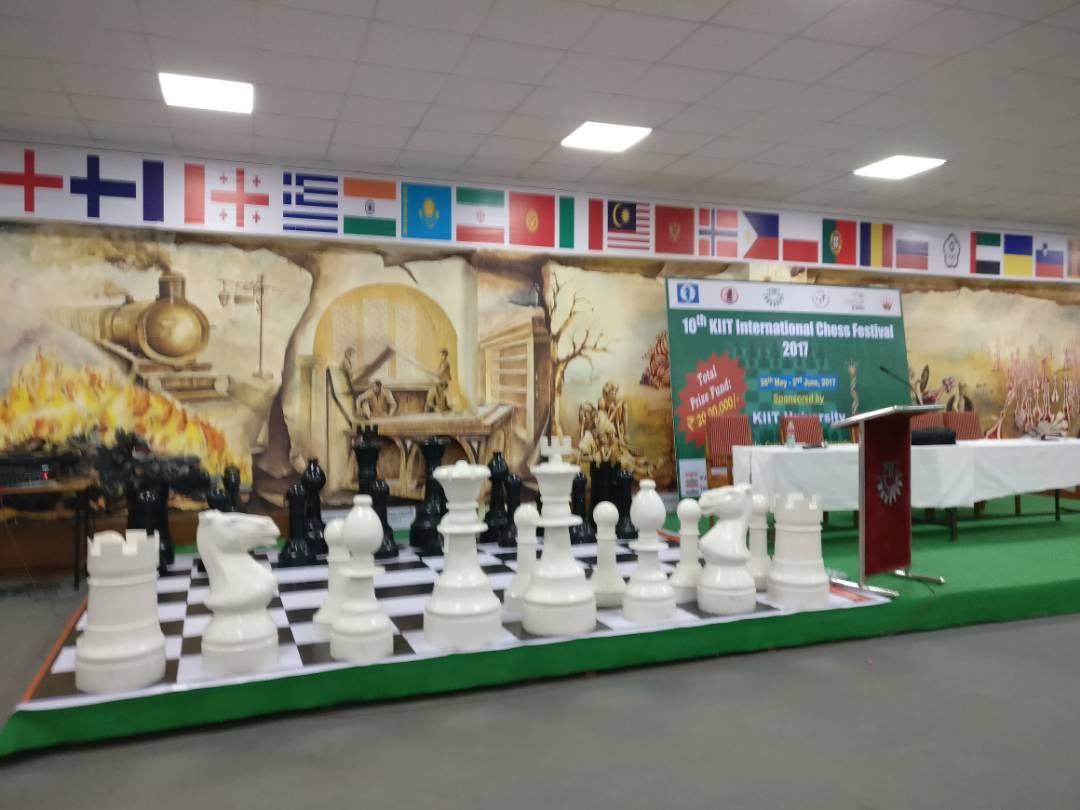 The giant set in the playing hall

The pictures in this report have been taken by chessmom Rupali Mullick. In between preparing her son Raahil for the game, and finishing her office work, she was able to go to the tournament hall and capture these photos. She had done some tremendous journalistic work at last year's KIIT Open when she interviewed Praggnanandhaa (picture above) on his achievement of becoming world's youngest IM.