At the end of six rounds in the seventh Hainan Danzhou super tournament Harikrishna is on 50% score with 3.0/6 and in the fifth position. After his win against Ding Liren in the third round, the Indian player has shown some very solid chess and drew next three rounds against Yu Yangyi, Wang Yue and Peter Leko. Ian Nepomniachtchi is the leader with 4.5/6 as we go into the rest day. We have some pictures for you and game analysis to learn from.

Hari's win against Ding Liren in the third round created quite a sensation. The Chinese number one is now one of the established super elite players in the world. To outplay him from an equal position speaks volumes about Harikrishna's talent. With that win Hari moved to 50% score. It was now important to keep the momentum and not lose any game. 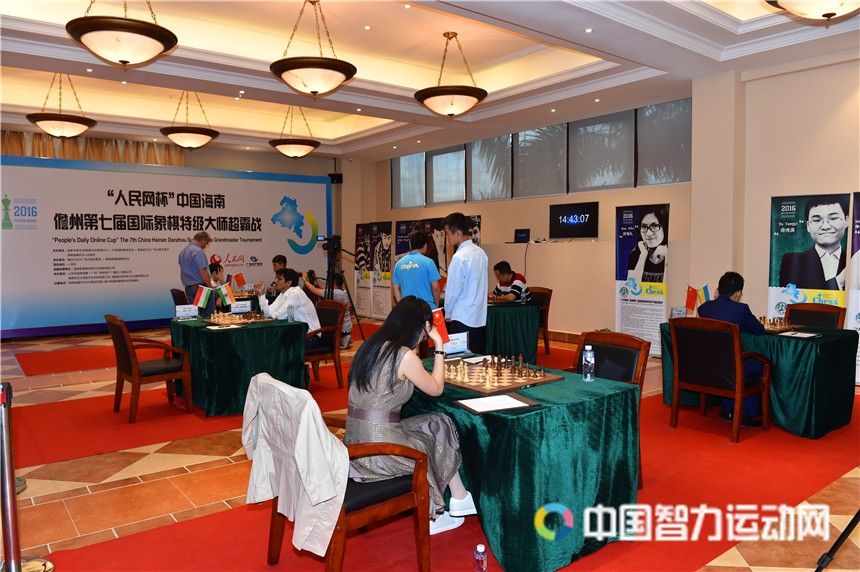 The playing hall of the seventh Danzhou super tournament

In the fourth Harikrishna faced a stiff challenge in the form of Yu Yangyi. The Indian player chose the Petroff Defence and reached quite a safe position. However one of his decisions in the game was quite dubious. 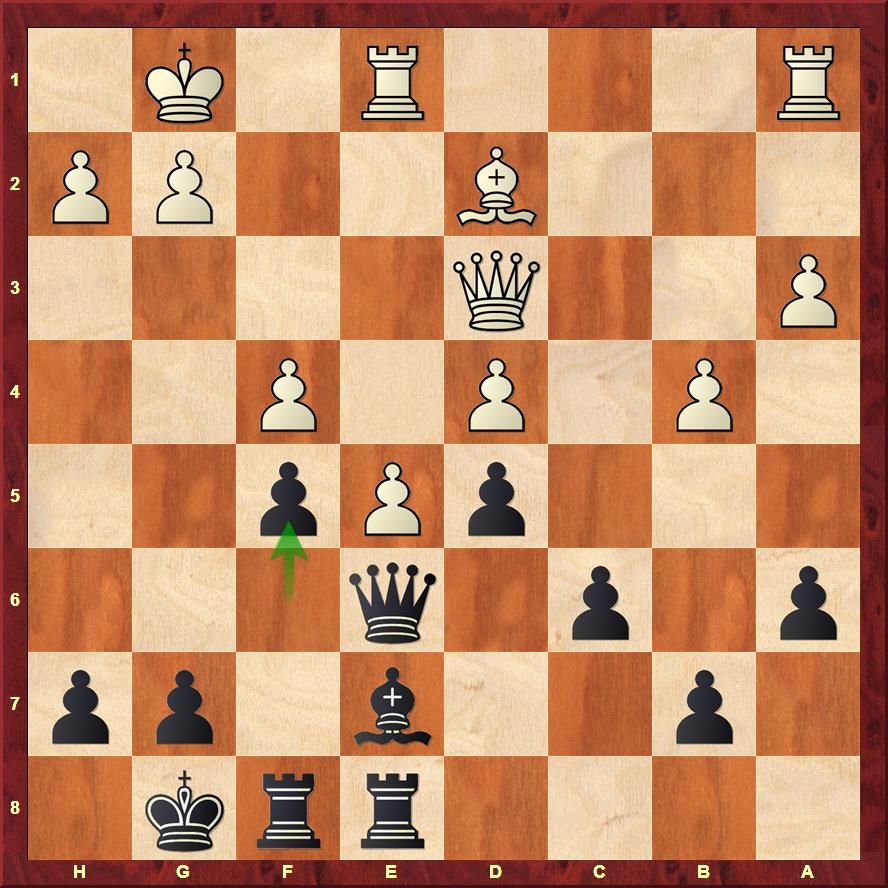 Hari played the move f6-f5. Clearly fxe5 was called for when Black had no problems. After closing the kingside with f5, he had a difficult task of playing in a position with no real plan. It was great that he could finally draw the game but it could have very well turned out quite badly as Black's position was really quite bleak.

Before you go over the game, we would like to give you the following position to think over: 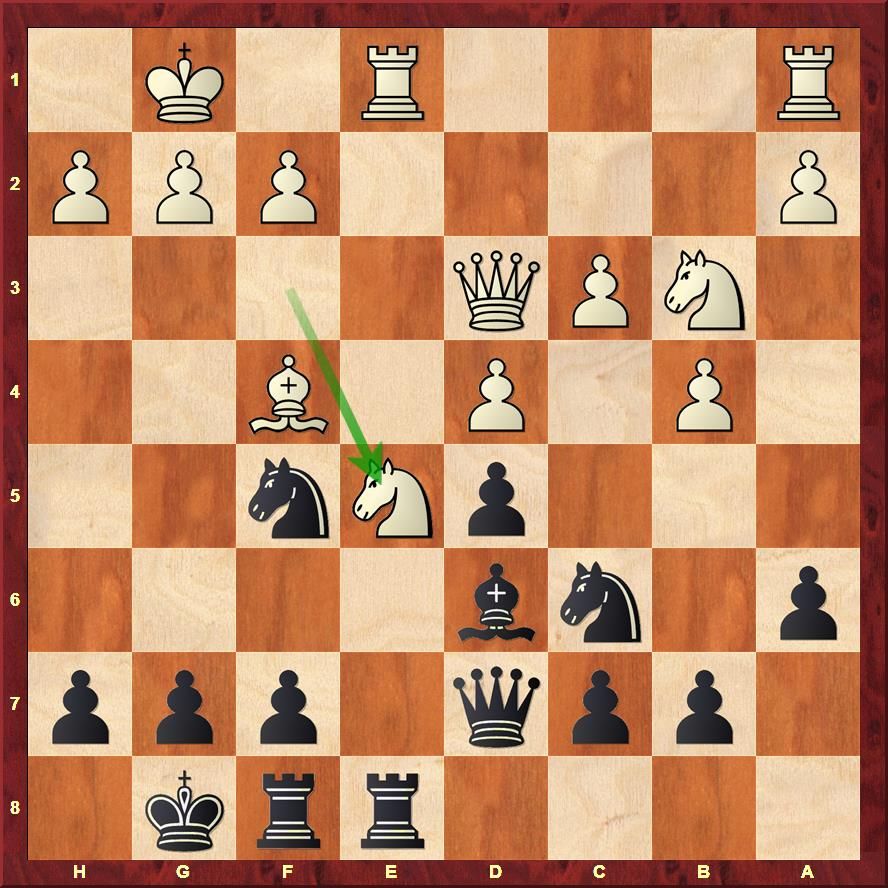 Yu Yangyi has just played his knight to e5 and Hari took it with Nxe5. Instead of capturing the knight, what was wrong with Qc8. Your task is to analyze the intricacies of that move. The solution is in the PGN replayer below: 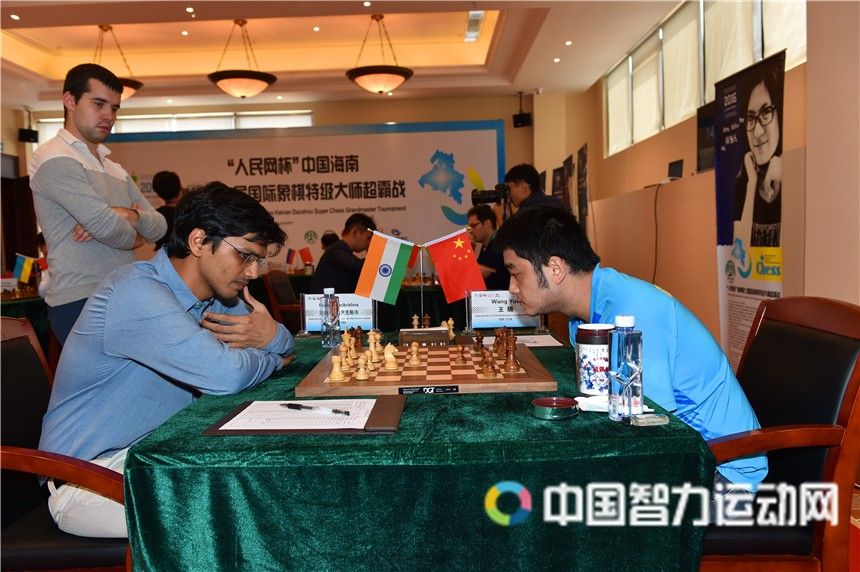 Wang Yue went for the Semi Tarrasch which is one of Hari's main opening with the black pieces. White got a tangible plus out of the opening but was unable to convert it into anything. With every exchange the game inched towards a draw and the players shook hands after 46 moves. 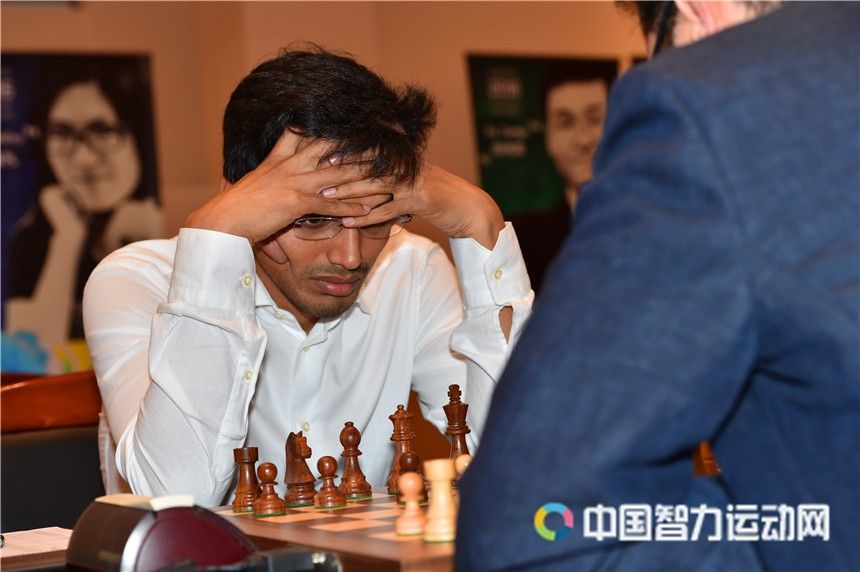 Leko's theoretical knowledge is beyond doubt. It was one of the reasons why he was on Team Anand for his match against Carlsen. However, against Harikrishna the Hungarian couldn't really get things moving. In the Semi Slav, the India number two played simple chess and had absolutely no problems. The isolated pawn was absolutely not a problem and Black managed to hold the draw.

14th of July is a rest day. In the remaining three rounds Hari faces Ian Nepomniachtchi, Wang Hao and Hou Yifan. You can follow the games live on the ChessBase India website.