The inaugural edition of the Western Asian Youth Chess Championship ended with medals galore for India. Combining all three formats - standard, rapid, and blitz - the country bagged a whopping total of 125 medals. In the classical event it was only Uzbekistan’s Abdimalik Abdisalimov (under-20) and Kazakhstan’s Abilmansur Abdikhair (under-16) who went back home clinching gold medals, while Indians claimed 41 out of 48 medals at stake. In the Blitz tournament too the domination prevailed as there also 41 medals were clinched by India itself. The nation also found its latest Internationational Masters in two young lads from West Bengal, Srijit Paul and Rajdeep Sarkar. In this final report we bring you photos, analyses, and much more from the last day of the event.

India finishes with a sweeping domination

The Western Asian Youth and Junior Championship 2019 came to a successful completion on the 10th of September (Tuesday) with an enlivening Blitz tournament. Overall, the event turned out to be quite special for many Indian players. In the classical section a total of 41 out of 48 medals at stake, were clinched by India and this included 14 out of the 16 gold.

Particularly noteworthy were the achievements of Srijit Paul and Rajdeep Sarkar. The duo from West Bengal became the country's latest International Masters. Srijit won both under-18 classical and Blitz tournaments, while Rajdeep finished second in under-20 classical with final score same as the champion's. Thus, according to the tournament regulations - which dictated that Gold medallists of Under-18 categories and 1st equal players (best 3 after tie break) in Under-20s shall be awarded the title of International Master - they were both proclaimed as IMs! 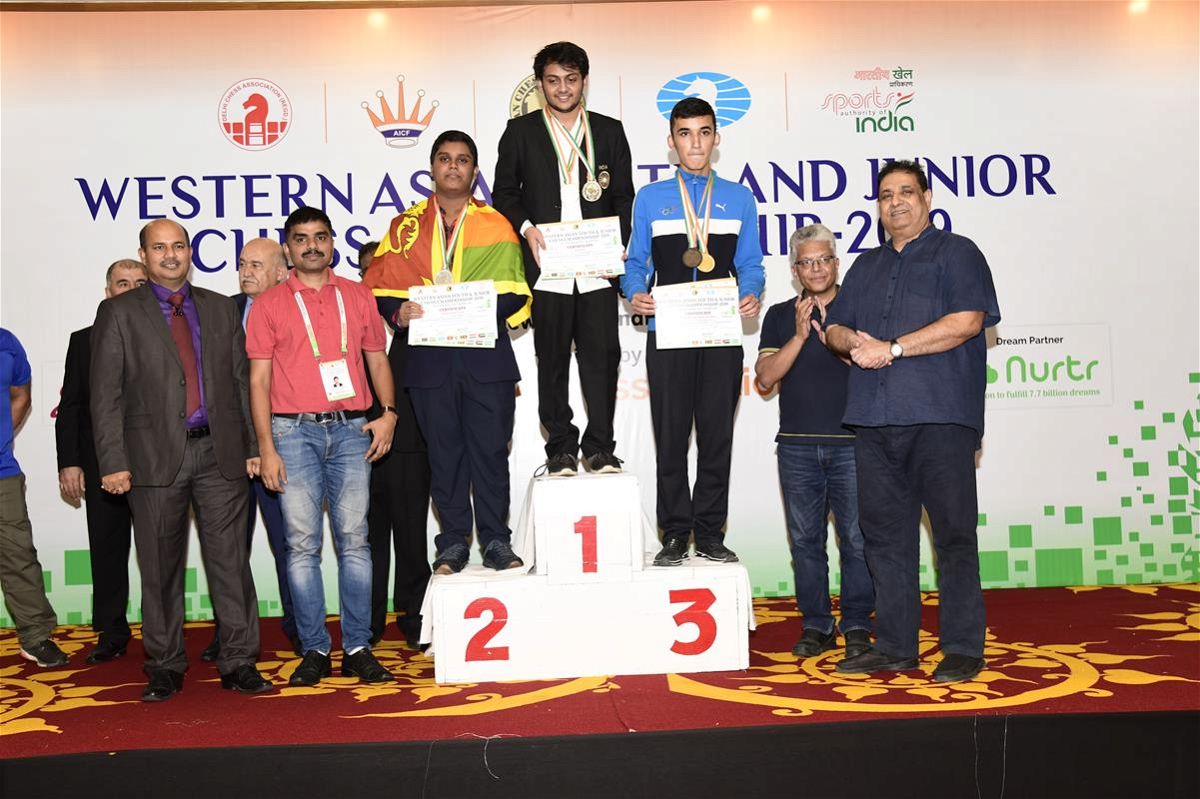 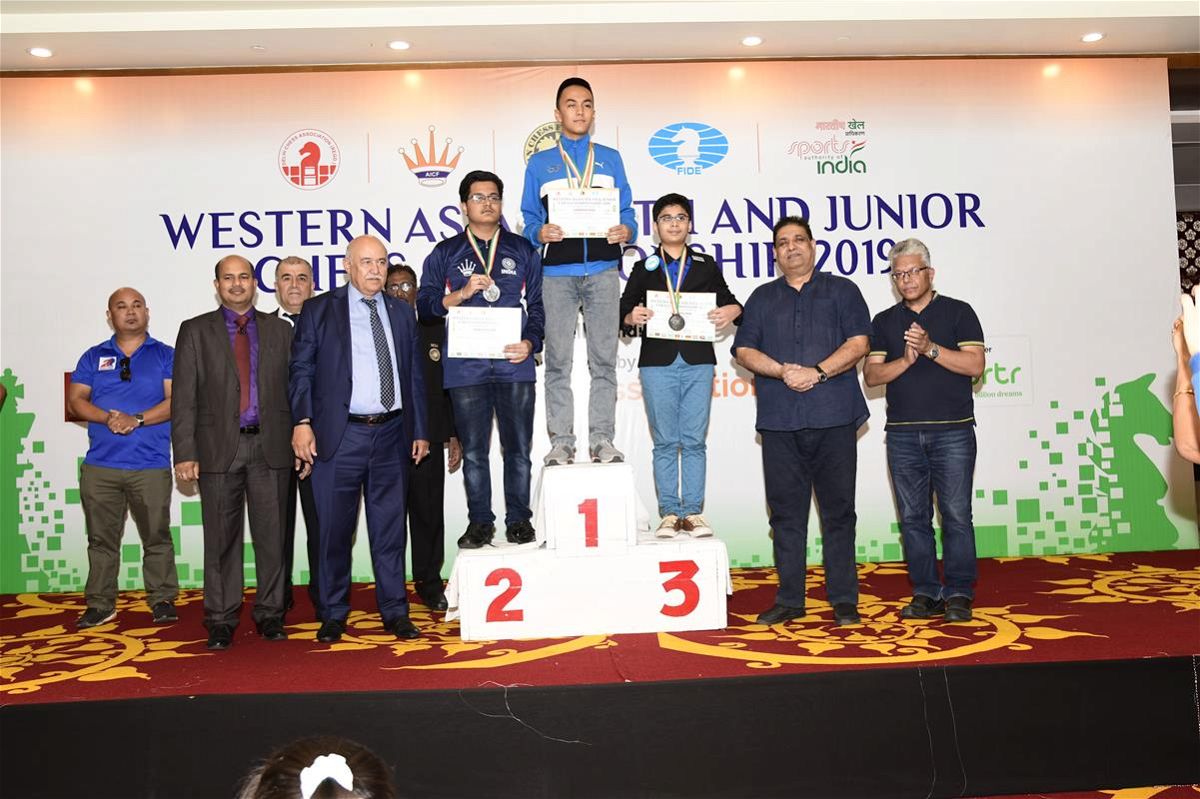 Elsewhere, in under-18 girls, Mrudul Dehankar won the gold and was rewarded with the title of Woman International Master for her sparkling performance. The winner of under-20 girls event, Sakshi Chitlange, also made a Woman Grandmaster norm. 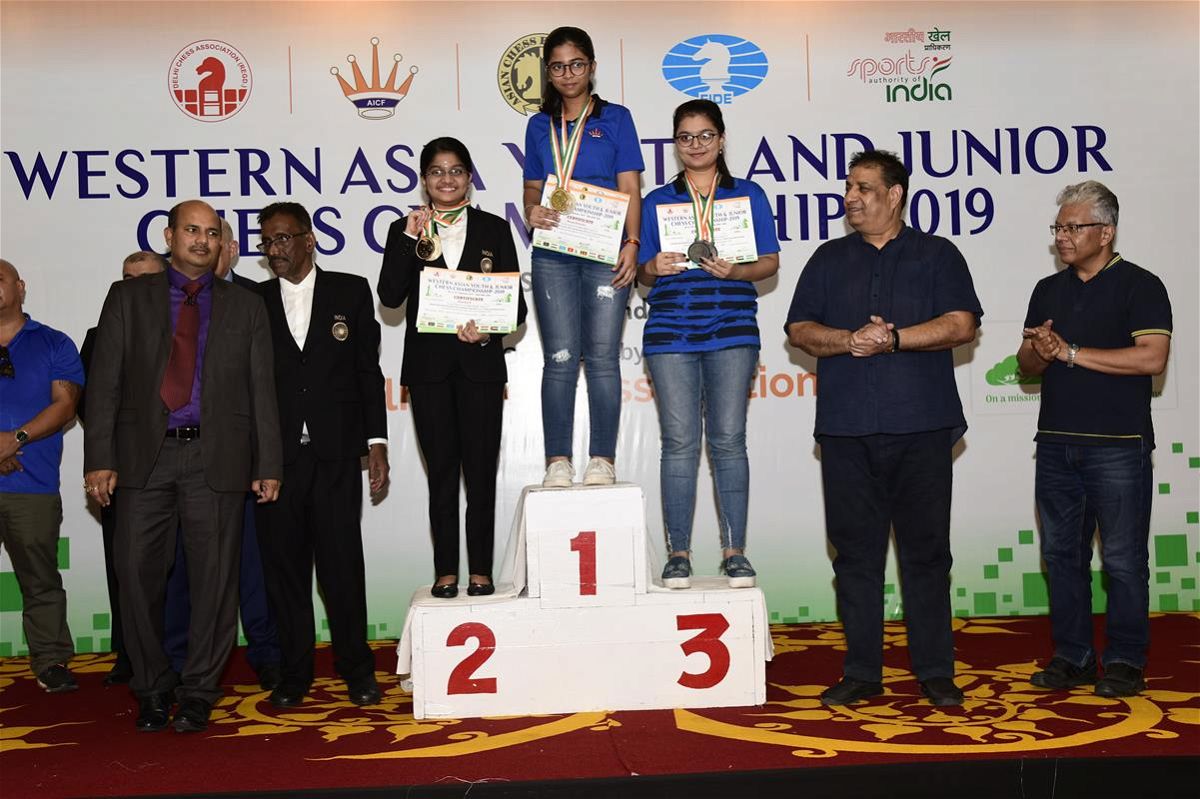 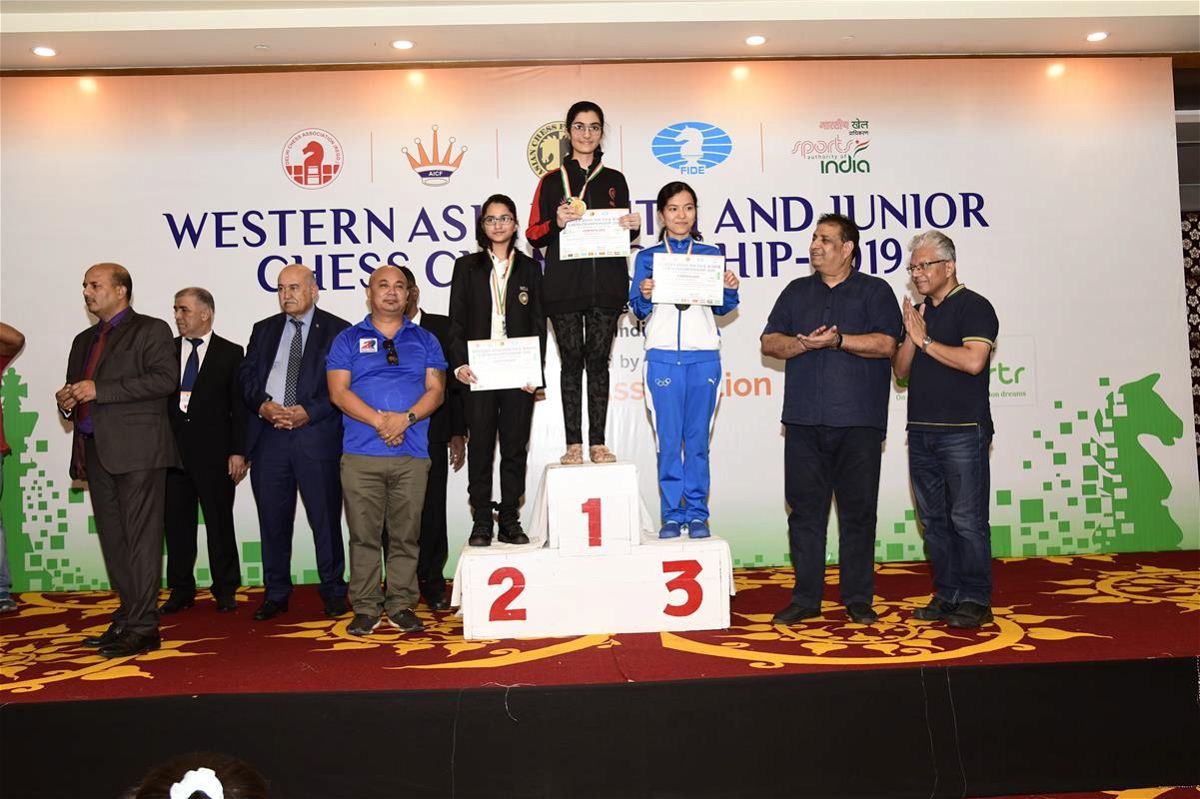 Sakshi Chitlange became the champion of under-20 girls. Vantika Agrawal and Srishti Pandey settled for the silver and bronze respectively | Photo: Gopakumar Sudhakaran

Speaking of the games now, in under-20 open Rajdeep Sarkar and Leon Mendonca defeated compatriots Harshal Shahi and Divya Deshmukh to make their way to the podium. In under-18 open the top boards drew their respective games, while in under-18 girls Priyanka K registered a fine victory against Nandini Mudaliar to cement her place on the top. 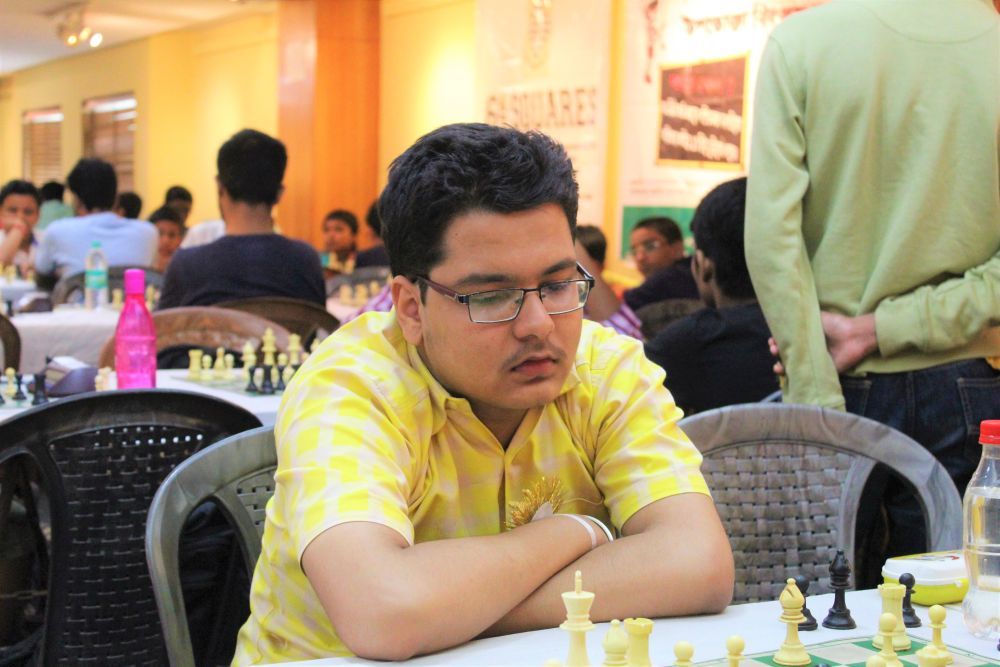 Rajdeep had the white pieces against Harshal and the game started off with the 1...e6 variation of the English opening. The former chose a solid approach going for the kingside bishop fianchetto but things soon started heating up as Black opted a queenside pawn expansion which ultimately led to some crucial opening of lines for White. 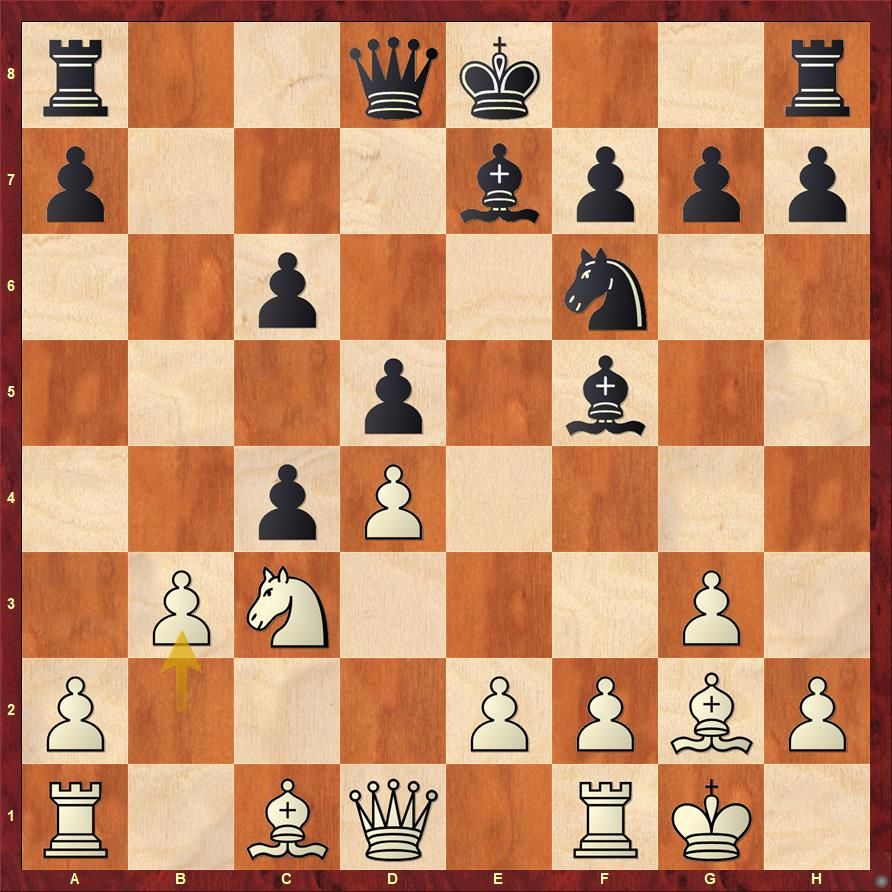 As White challenged Black's queenside pawns with 11.b3 imbalances in the position began stirring up. After cxb3 axb3 White had these nice semi-open a and c-files to work with, at the same time b3 too was a soft spot that Black could target at. 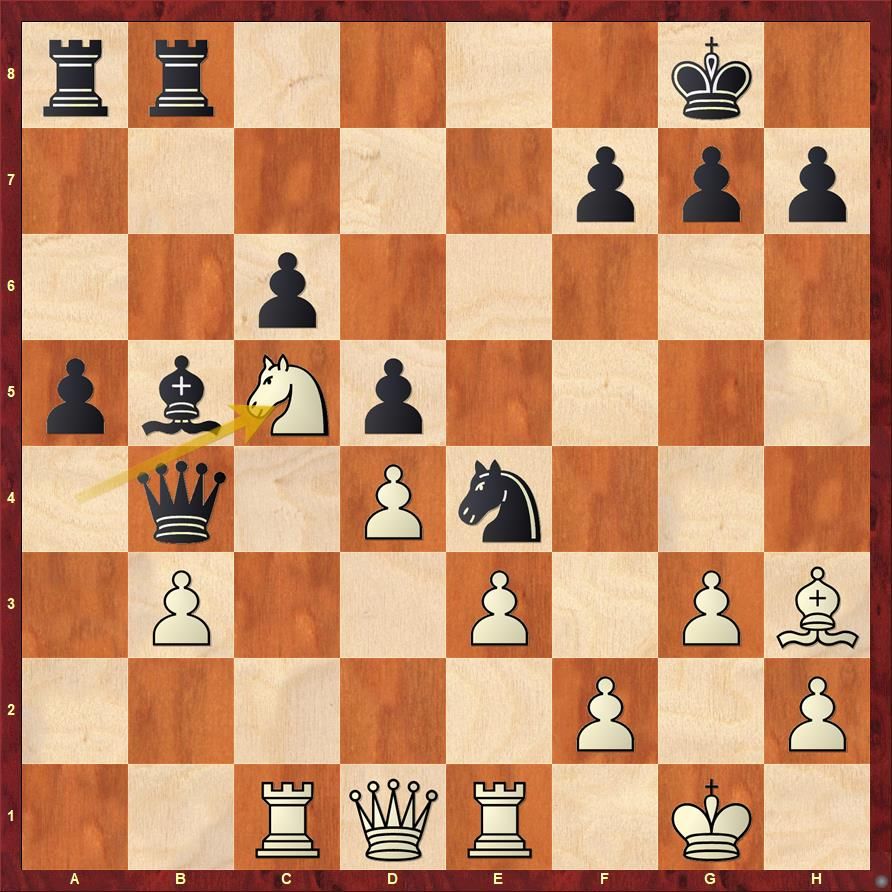 This was perhaps the most critical moment of the encounter. Black could have equalized here simply with 26...Nxc5 but he chose to complicate matters with 26...Nd2 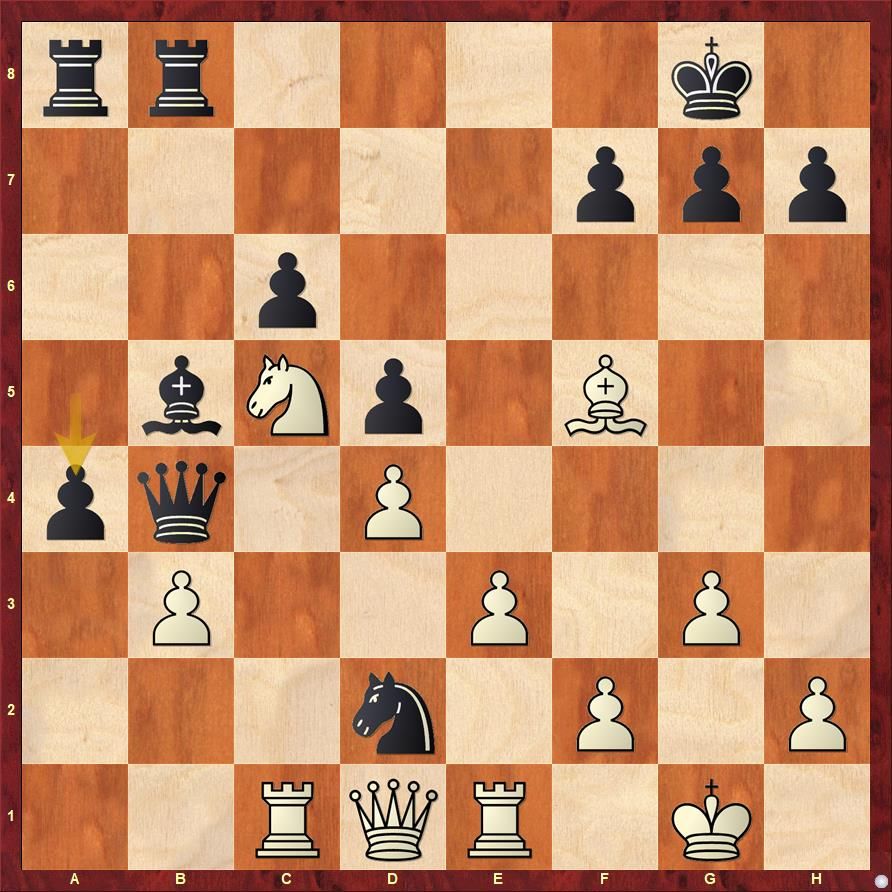 Well, the game followed 28.bxa4 Bxa4 29.Nxa4 Rxa4 30.Re2 and now Black's problem became apparent. He had to move his knight on d2 and leave the guard of b1 square after which White could simply play Rb1 with devastating effect! 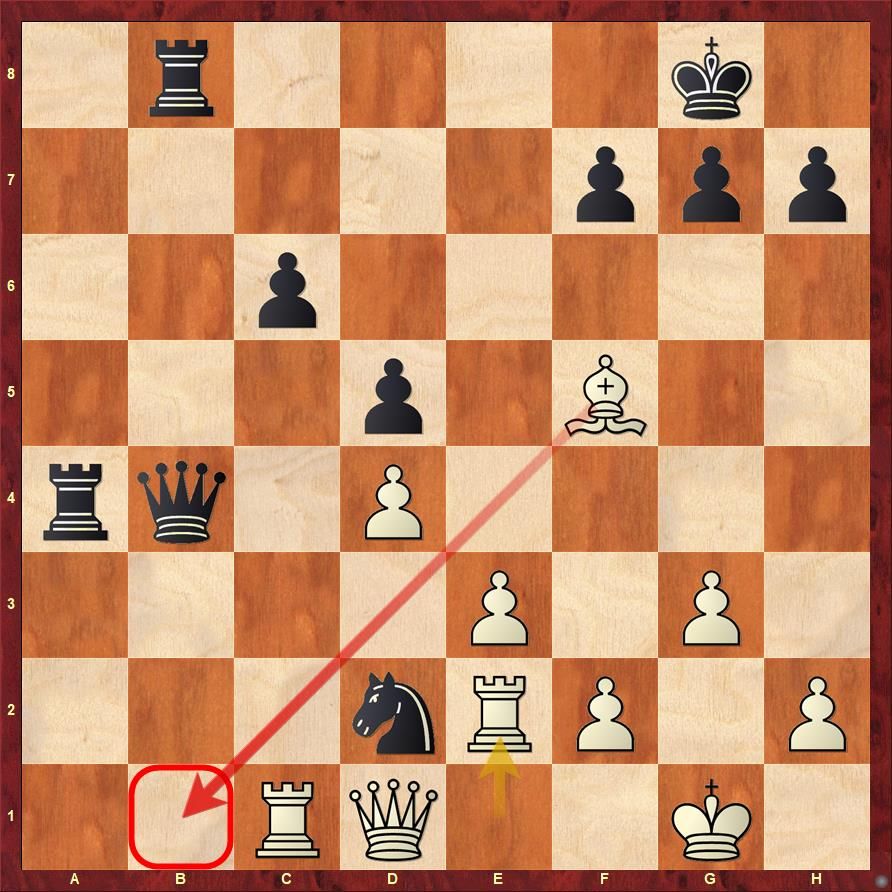 Black has no good way here to prevent the impending Rb1! after which he has to give up the queen. 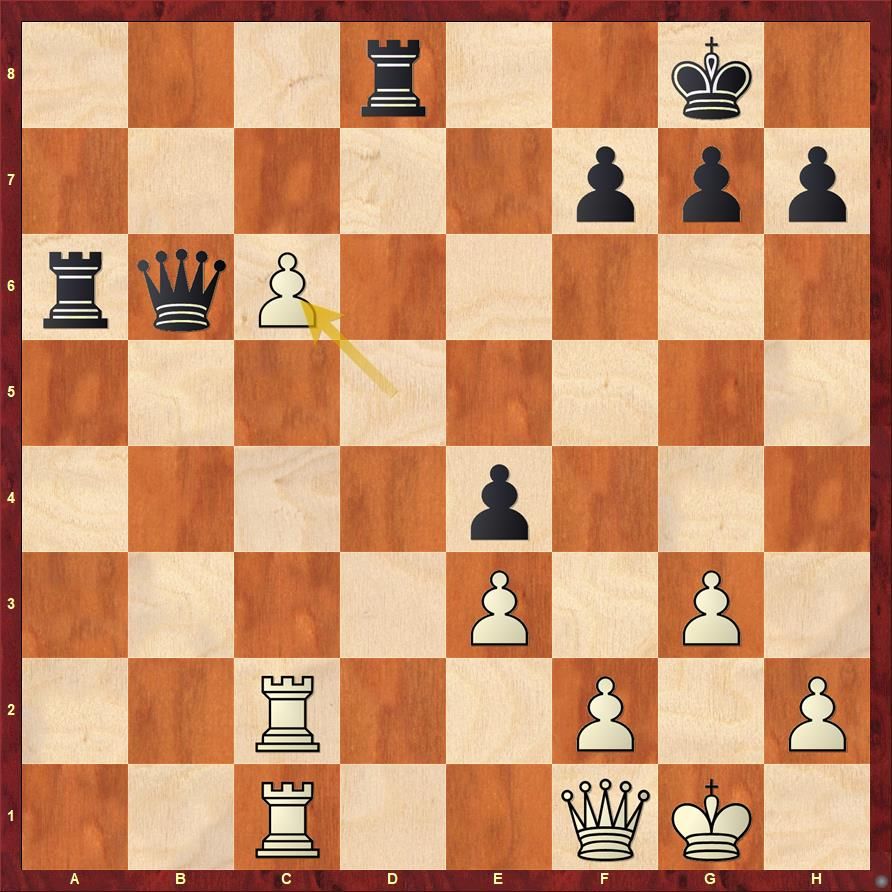 This ending, even though better than what happened in the game, is also completely lost. 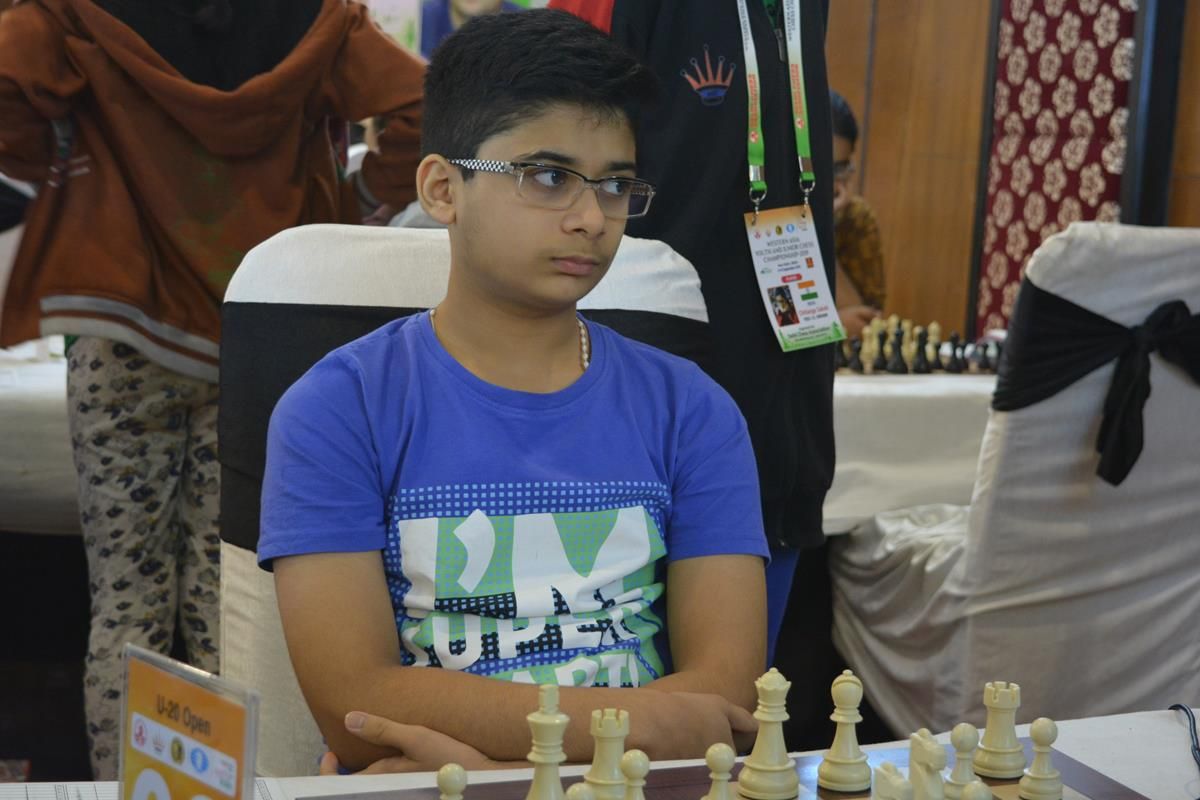 Leon Mendonca was up against another talented youngster, the 14-year-old Divya Deshmukh, in the last round. He won this game to finish third in the under-20 open section | Photo: Gopakumar Sudhakaran 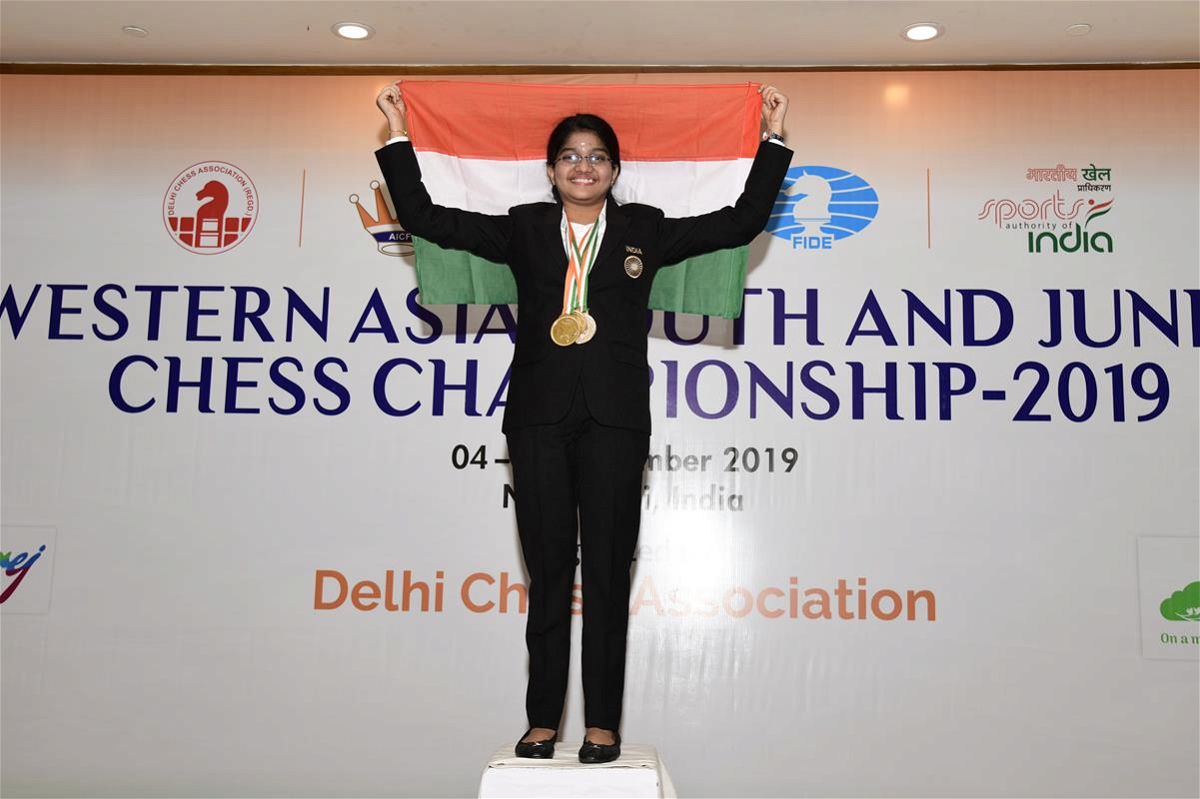 Priyanka K registered a fine victory against Nandini Mudaliar to clinch the silver medal in under-18 girls | Photo: Gopakumar Sudhakaran

Priyanka employed the King's Indian defense against Nandini's queen's pawn opening. The latter chose an unusual eighth move which led to the evaluation of the position tilt towards Black. 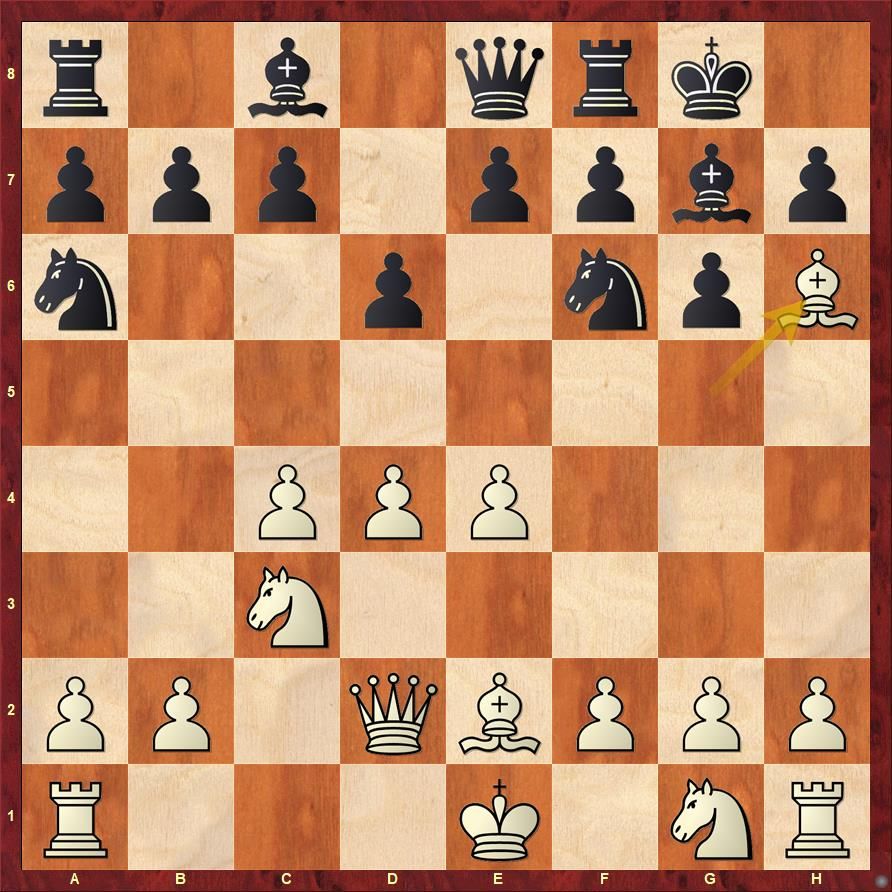 8.f3 or 8.h4 are more popular continuations here but White went for early an exchange of dark-squared bishops with 8.Bh6 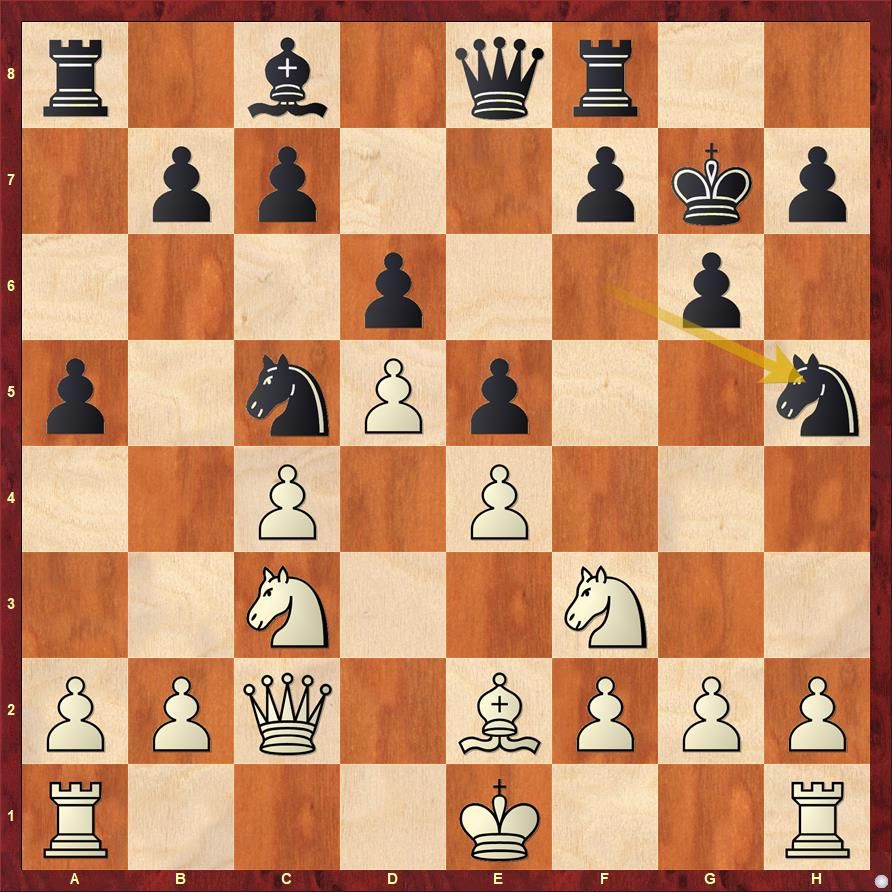 With 12...Nh5 Black prepared to make the thematic f7-f5 break. White played 13.g3 possibly preempting Nf4 but this weakens the kingside prematurely. Something like 13.0-0 or 13.Nd2 would have been better. 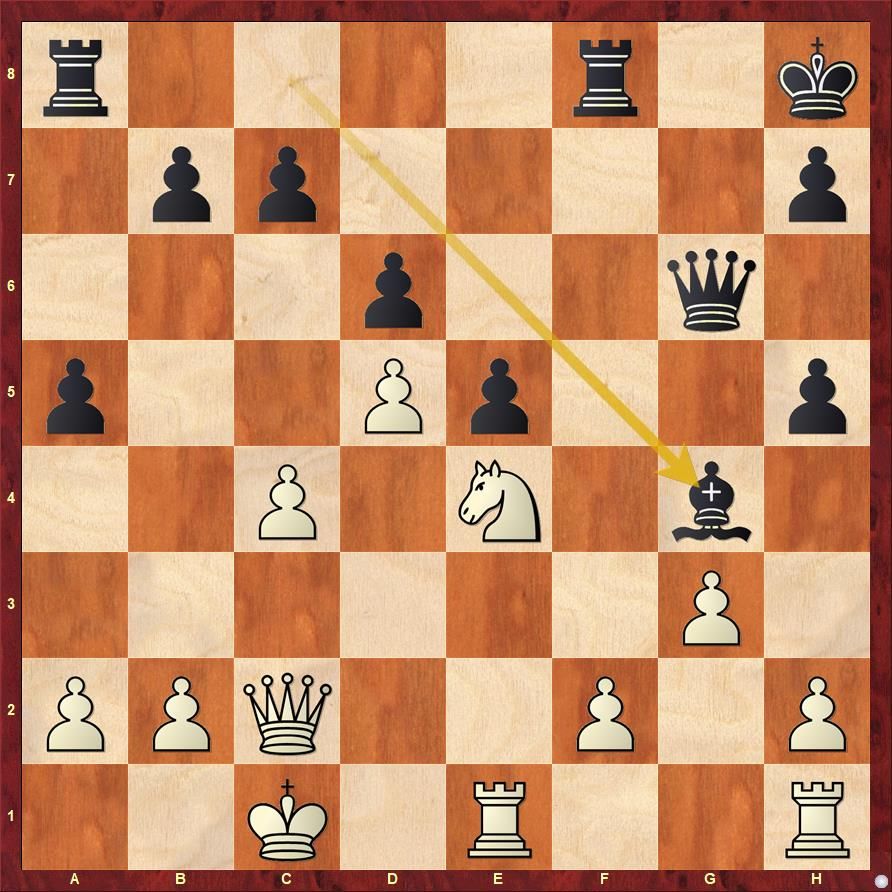 Soon the f-file was ripped open and Black was ready to exploit the weaknesses incurred on the light-squares with Rf3 followed by Raf8 etc. 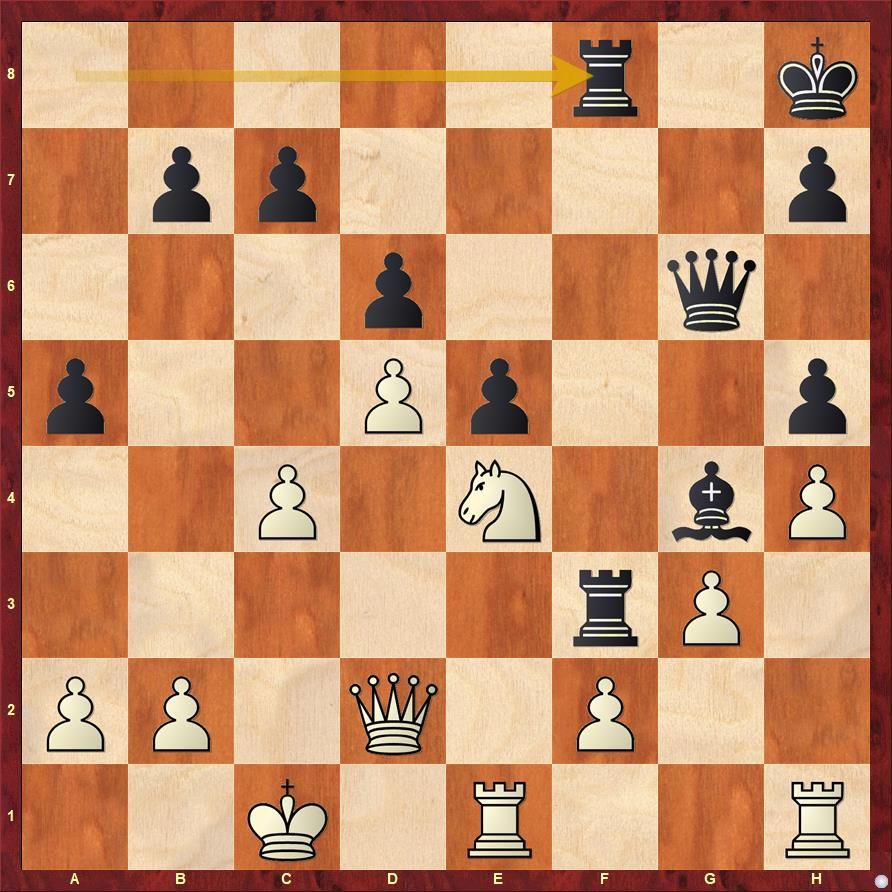 And this was already strategically lost for White! 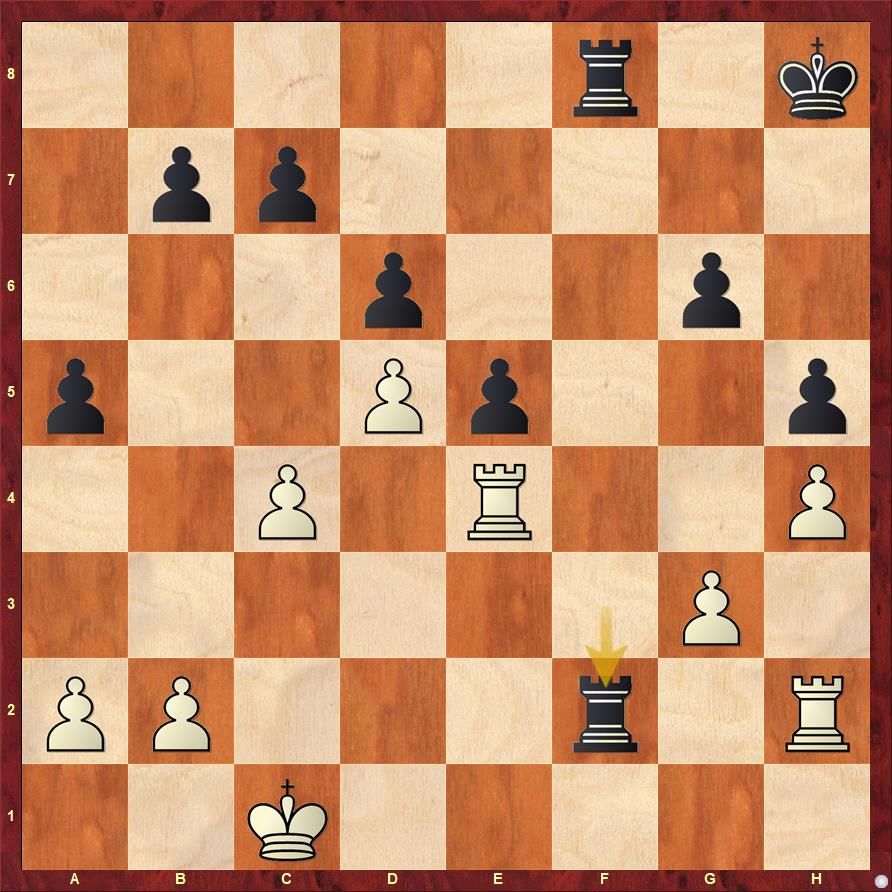 Black won the f2 pawn, all he had to do now was bring the king to activity. 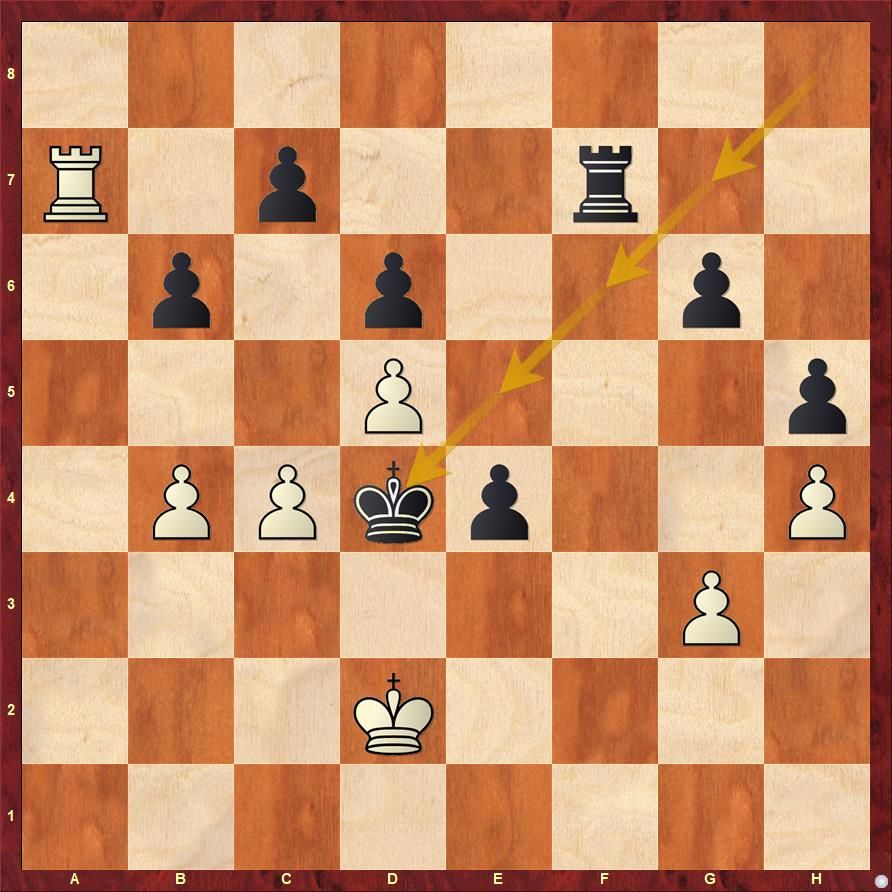 This was easily achieved once a pair of rooks were off the board. Now, White's queenside pawns were vulnerable and about to fall. 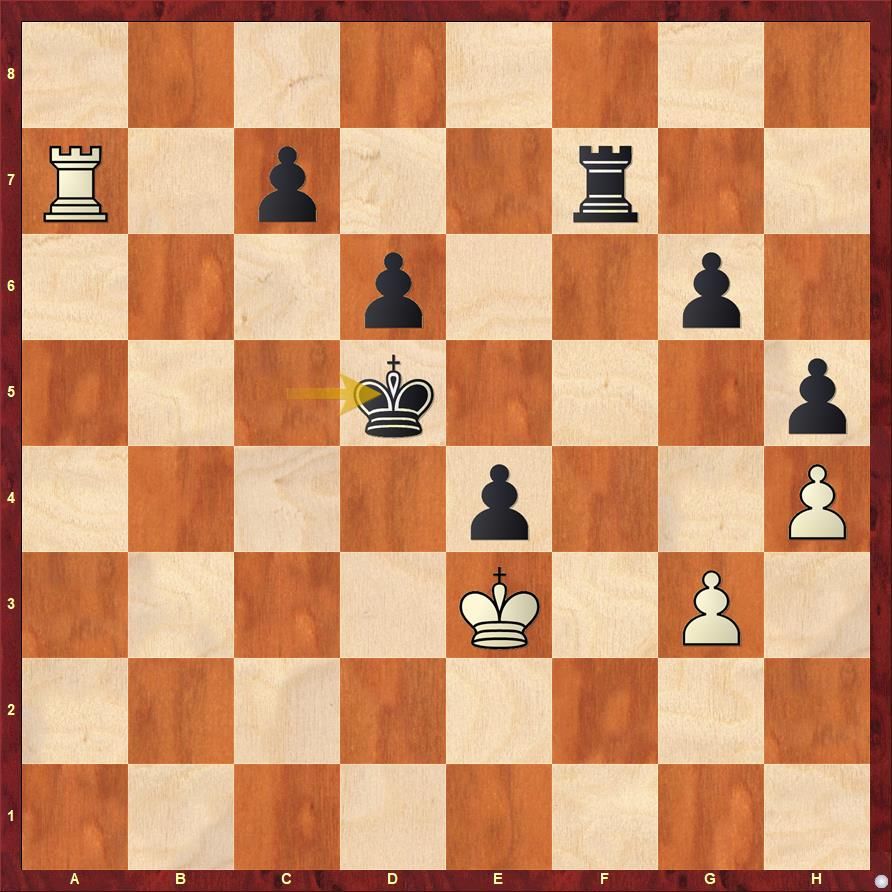 Nandini played on for quite a few more moves from here but clearly this was only a lost cause.

Another important performance from the junior groups worth mentioning came from under-12 girls where Tejaswini G bounced back in the last round to win her game and also the event. 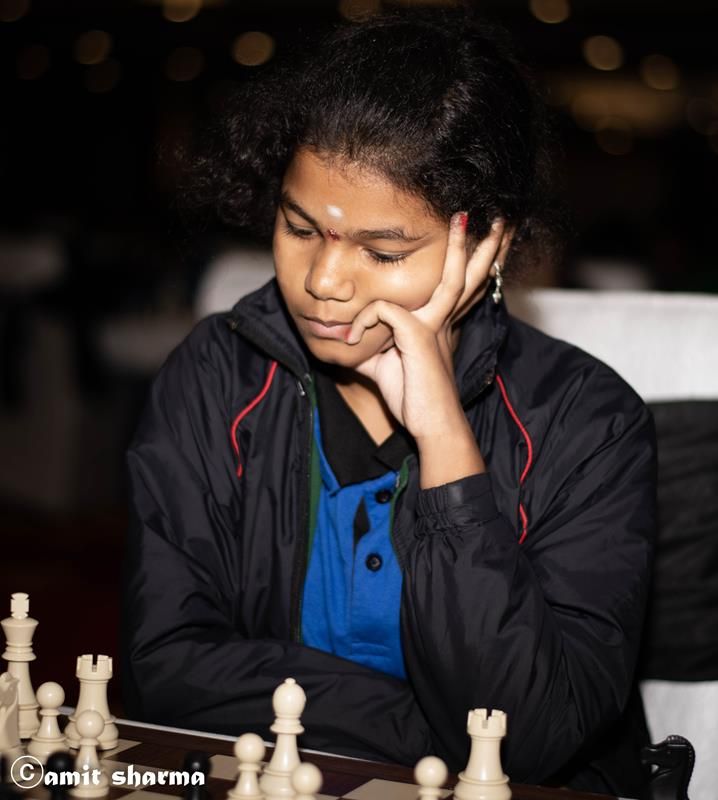 Prior to the last round Tejaswini was trailing behind with 5.5/8 points but in the final round she showed some amazing character to win her game and the event | Photo: Amit Sharma 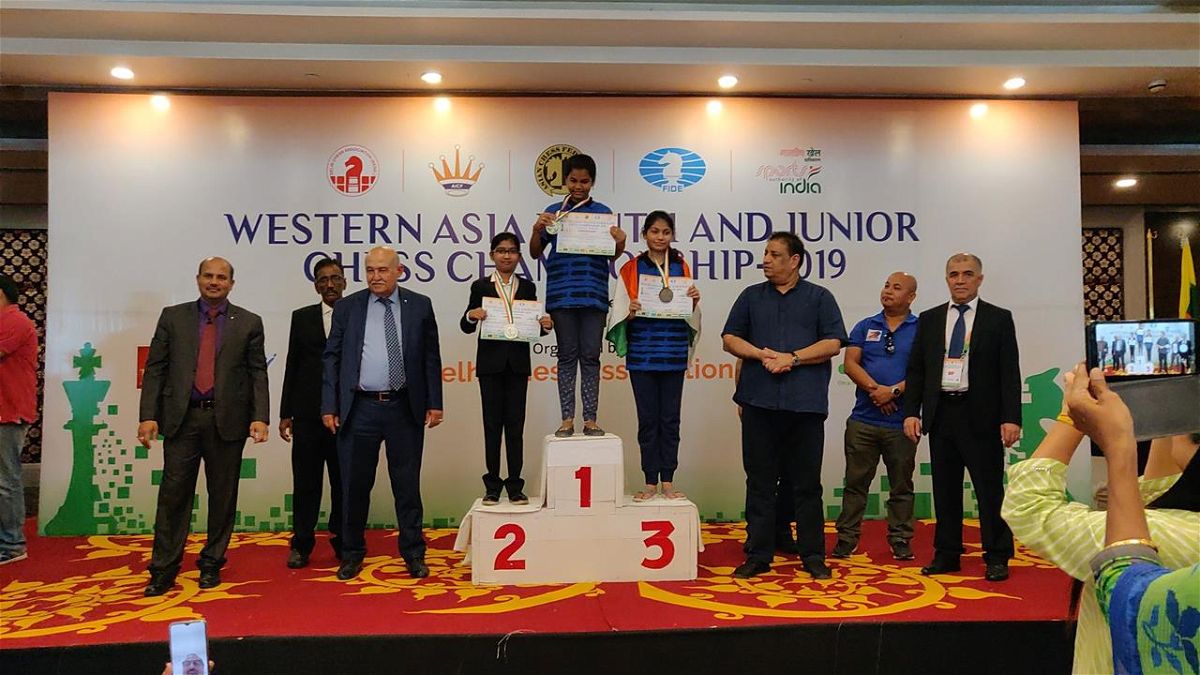 In the final round Tejaswini beat Kheerthi Ganta, the sole leader after the penultimate round, with the black pieces. Below is the critical moment from the game where the tables were turned: 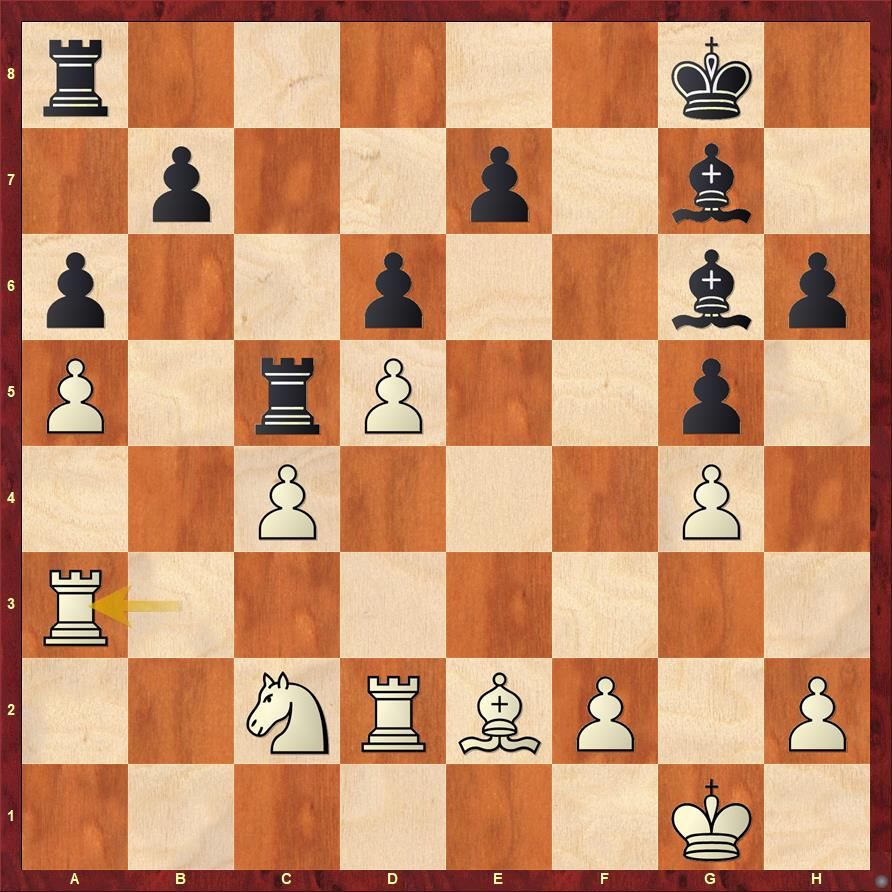 White played the move 27.Ra3? here, why do you think is this bad? Can you see what Tejaswini found to grab the initiative? Check the full game below to know the answer.