In round three of the ongoing Western Asian Youth and Junior Championship Srijit Paul missed multiple opportunities against compatriot Mohamed Anees M and ultimately lost from a completely winning position to be ousted from the lead. In the same category Arjun Gupta kept up his stellar form to cause yet another upset by beating Abdurakhmonov Mukhammadali of Uzbekistan. Elsewhere, 14-year-old Divya Deshmukh, who is boldly competing in the under-20 open section, got the better of Harshal Shahi. In under-20 girls Vantika Agrawal was defeated by Sakshi Chitlange, while in under-18 girls group Mrudul Dehankar took a full point lead over the rest of the field scoring a fabulous 4.0/4. In this report we bring you photos, games, analyses, and much more from the third day of the event. 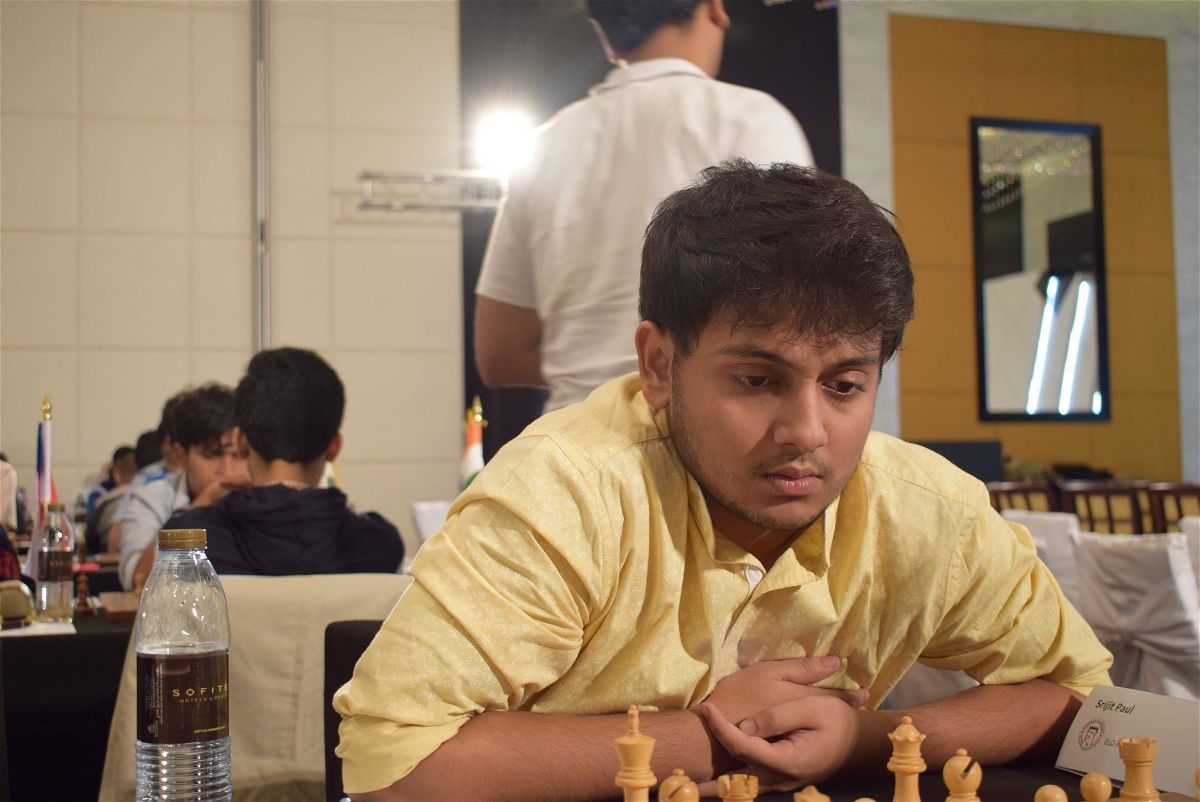 A tough loss for Srijit at the end of a long struggle | Photo: Rupali Mullick

Double rounds of classical chess is being played everyday from the 6th to 9th of September at the Western Asian Youth and Junior Chess Championships 2019 taking place in Hotel Tivoli resorts, New Delhi. In the first half of the third day of the event Srijit Paul was up against compatriot Mohamed Anees M with the black pieces. The former chose the Leningrad system of the Dutch defense against the latter's queen's pawn opening and the game soon turned in favour of Black who had the opportunity to give up an exchange and cripple White's structure. 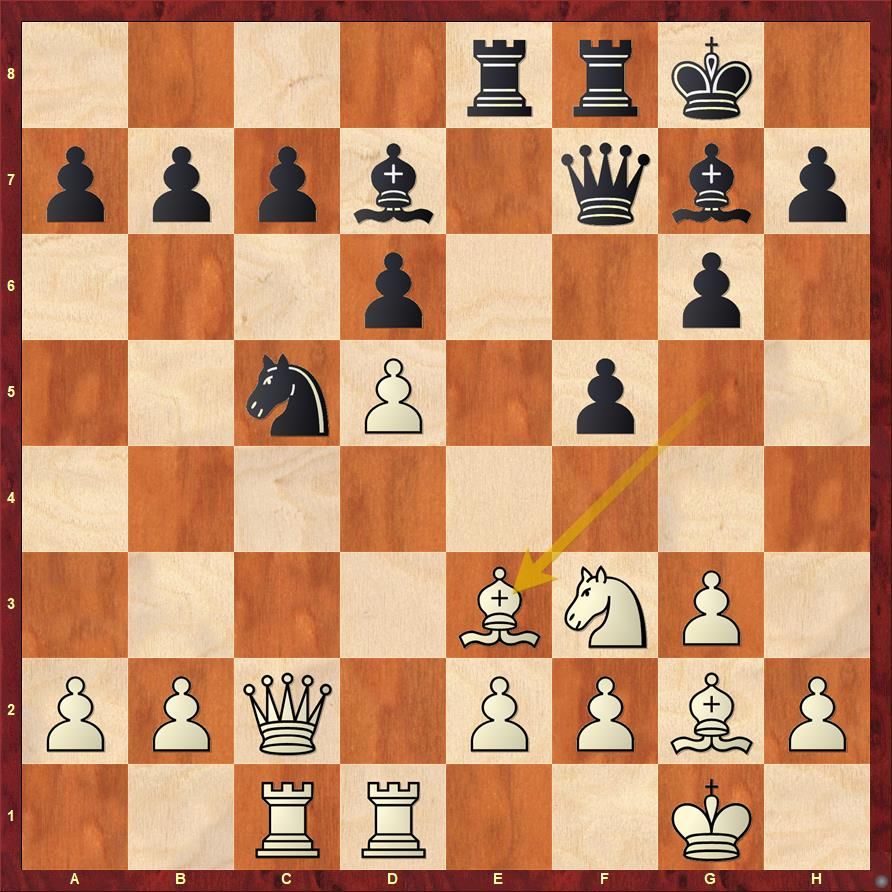 Srijit could have seized the advantage right away in this position on move 18 by going 18...Rxe3 19.fxe3 Bh6 and irreparably damaging White's structure. He had the chance to take on e3 even later in the game but he eschewed this possibility altogether. 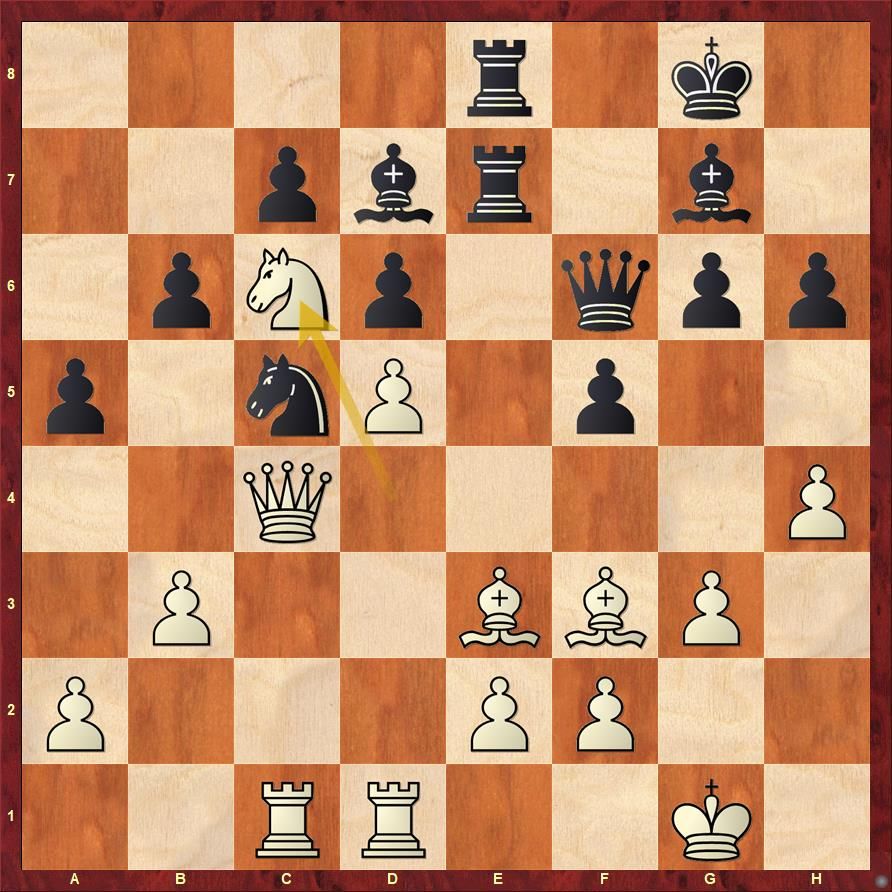 Position after 24.Nc6 - Here 24...Rxe3 would have been almost decisive but Black played the move 24...Bxc6 and after 25.Bxc5 bxc5 26.dxc6+ Kf8 the balance was returned but perhaps it was now White who was on the better side of equality. 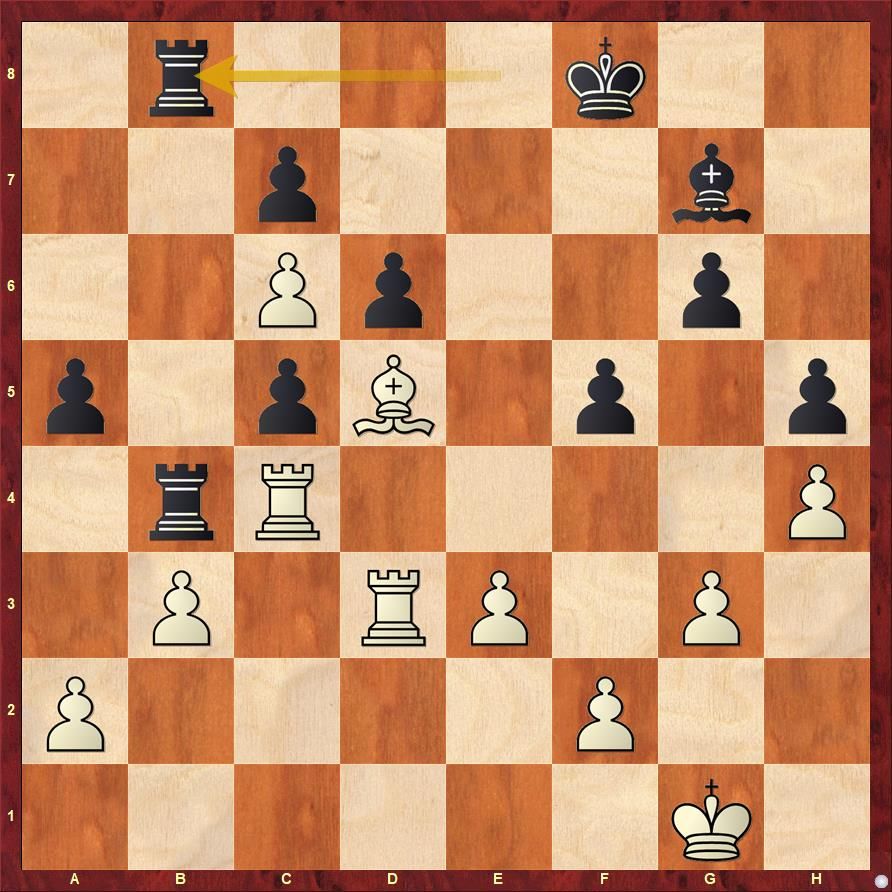 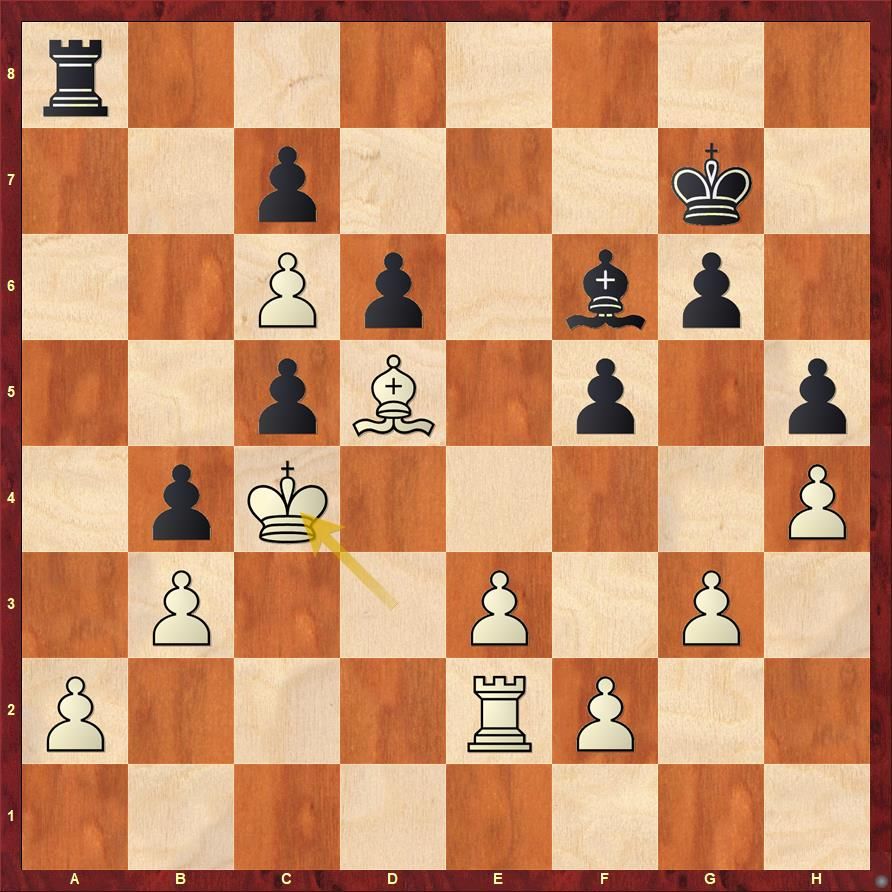 He improved his king's position first, bringing it to a more active square c4, and next, when Black played 40.Rb8, he pushed e3-e4. 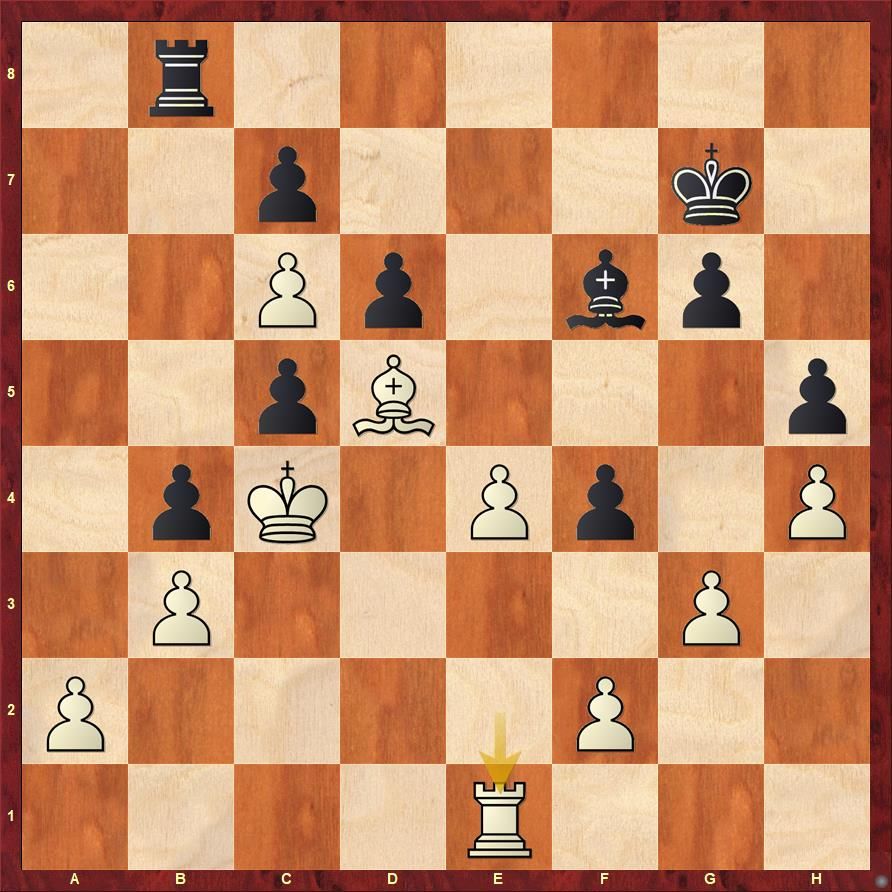 42.Re1?! was once again a slip that tilted the evaluation in Black's favour. Instead, simply 42.gxf4 Bxh4 would have left even chances. 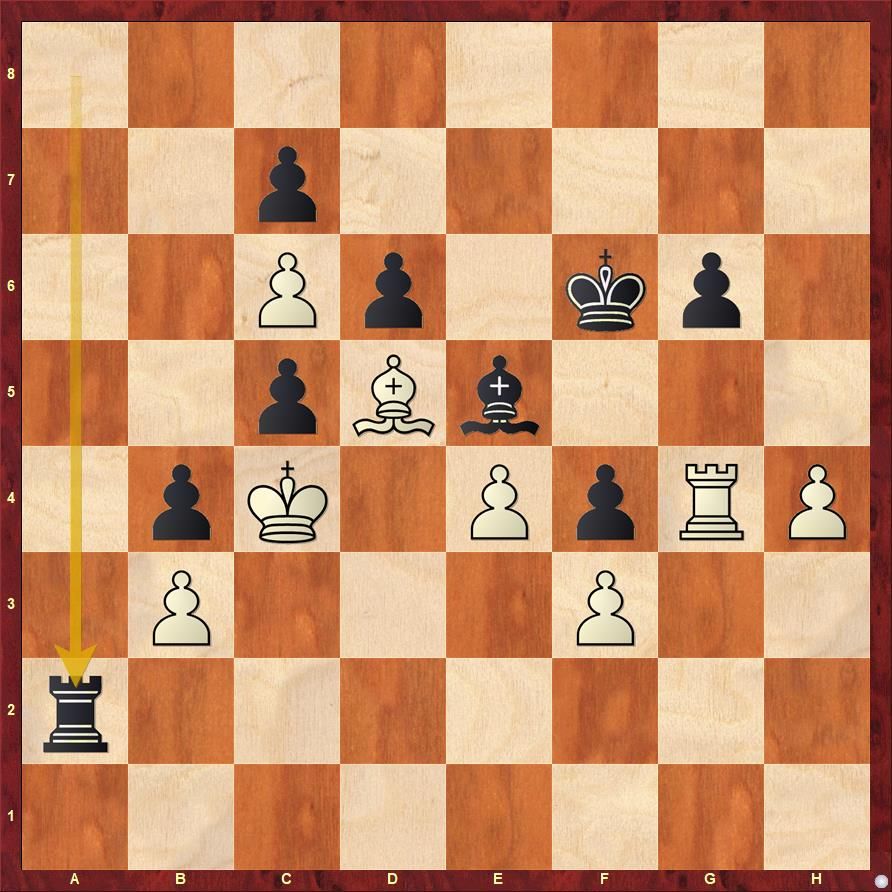 With 46...Rxa2 Black grabbed a pawn seizing a clear edge. 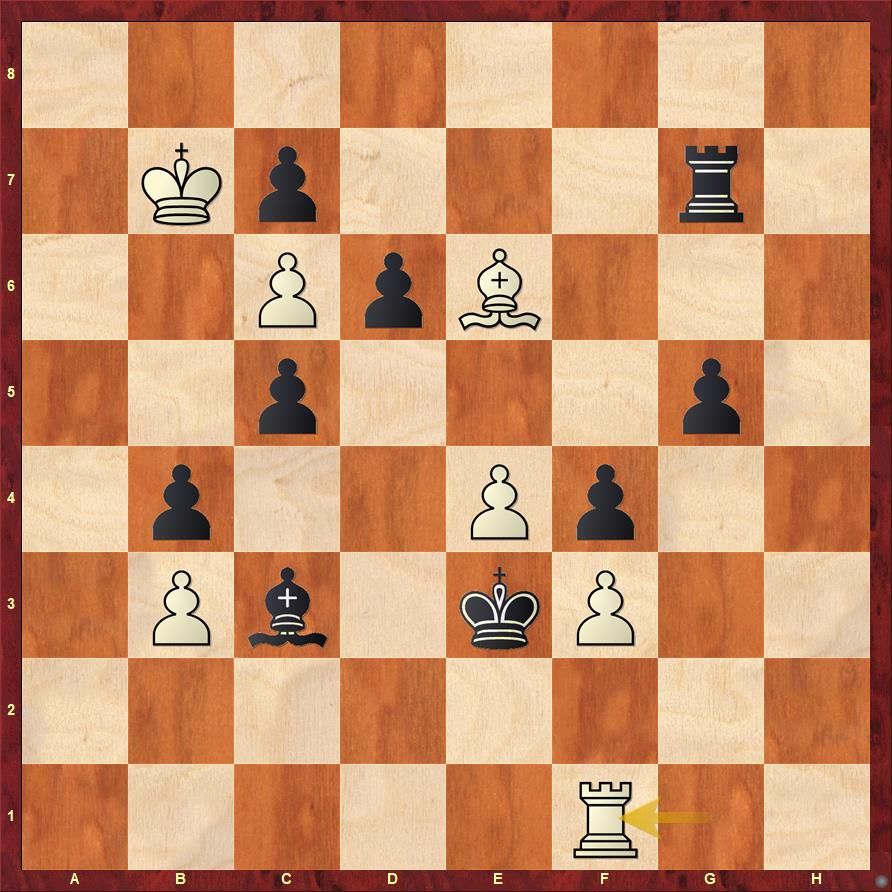 Subsequently Black even managed to infiltrate White's camp with his king. It is hard to imagine that the tables were actually turned from here. 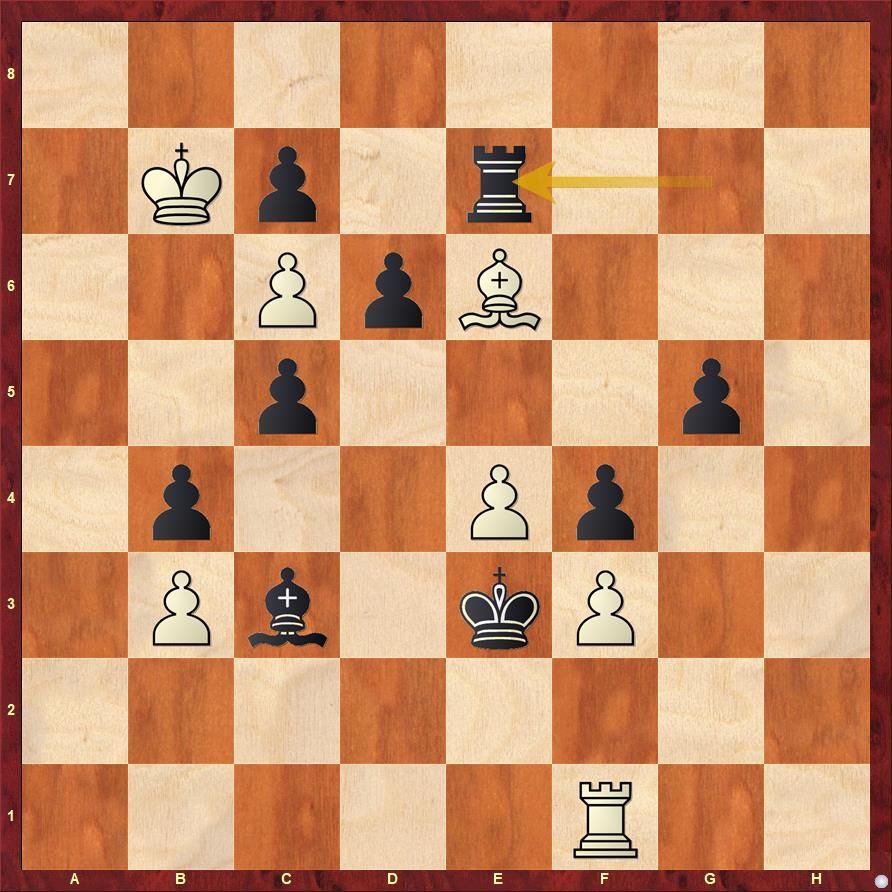 62...Re7 was a mistake. The point is White could now go 63.Bd7 and grab the c7 pawn. Black could have avoided this with 62...Be5 (check annotations below for details) 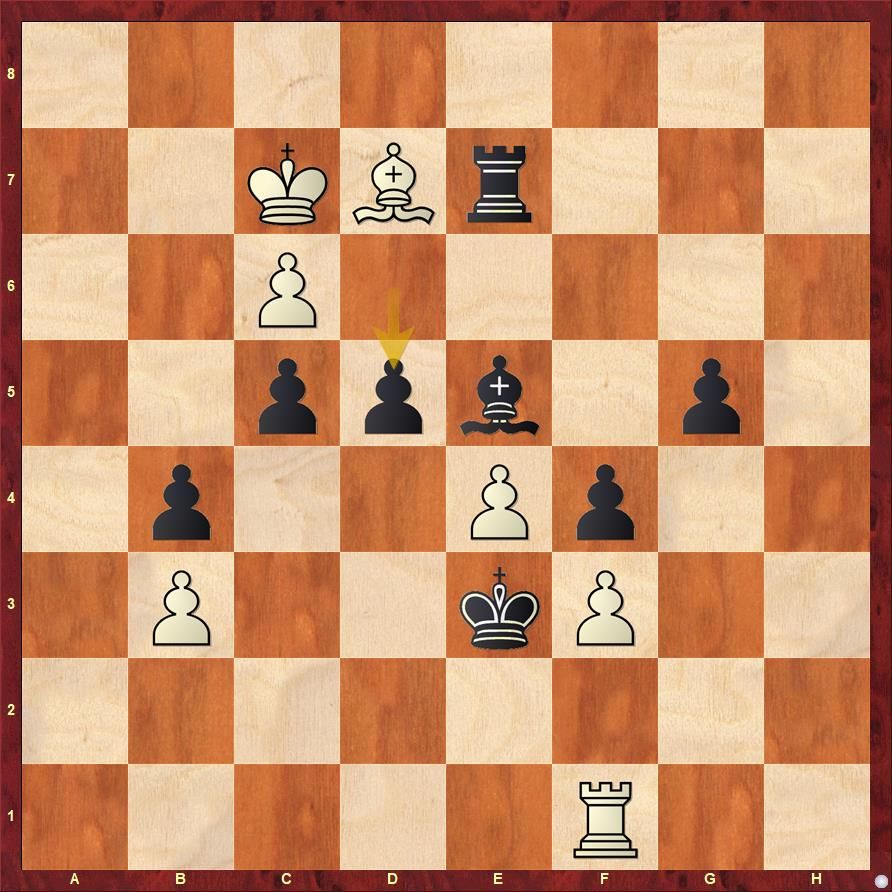 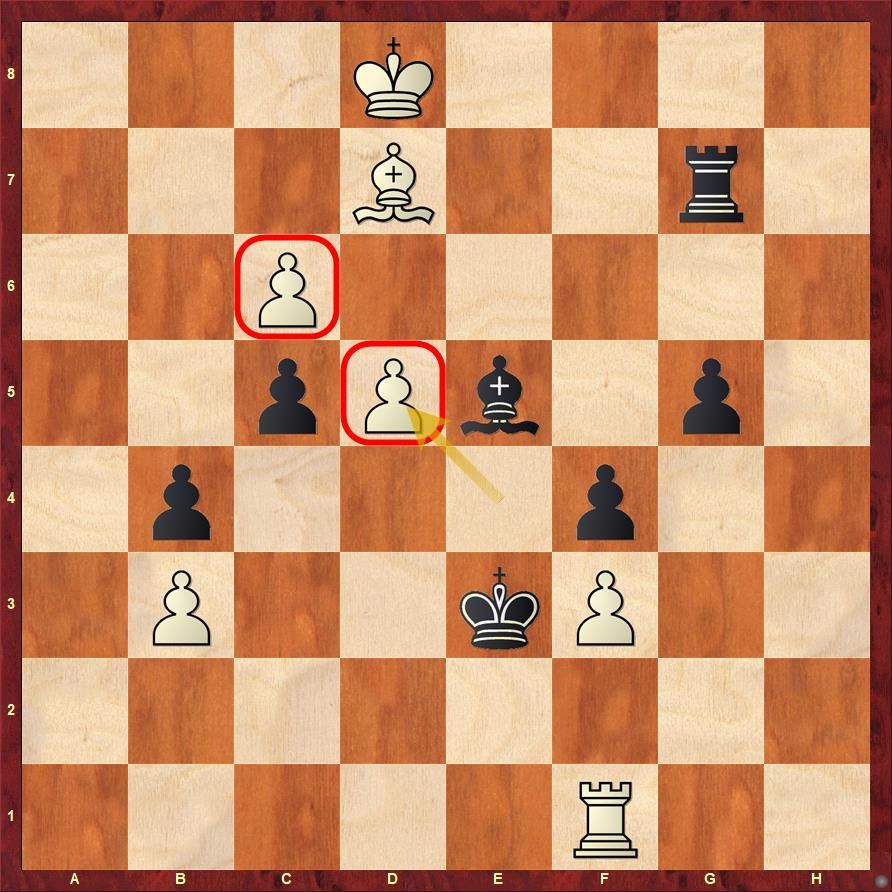 The game continued till move 81 but at this point it was clear that Black's position was irredeemable. 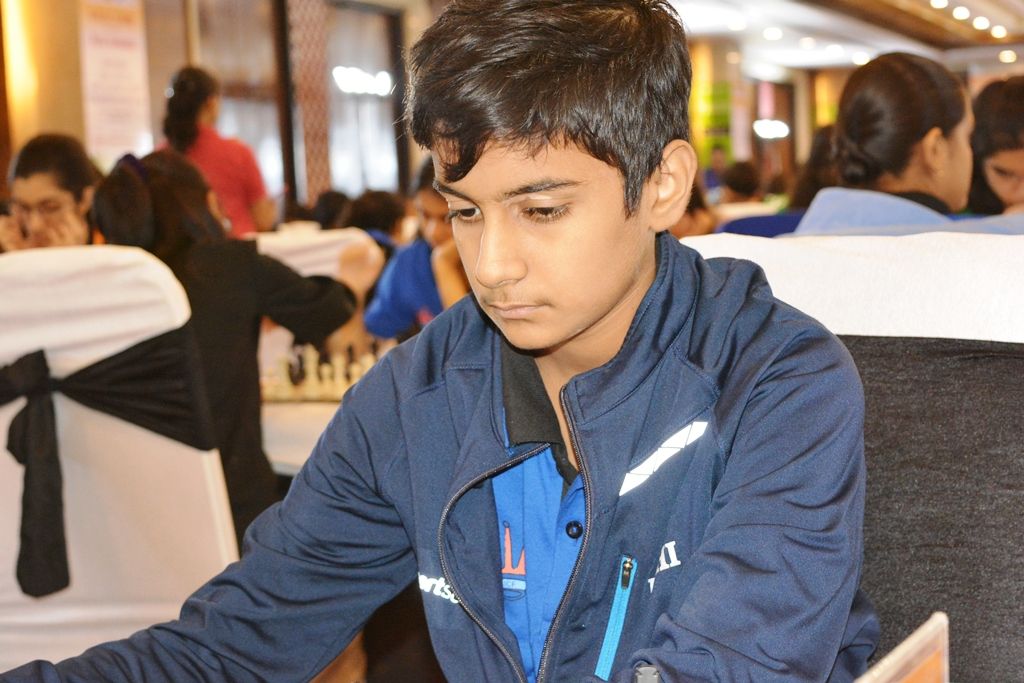 The under-18 open category is being led by Arjun Gupta who is on 3.5/4 along with Vatsal Singhania and Mohamed Anees M | Photo: Gopakumar Sudhakaran

The in-form Arjun Gupta of under-18 open delivered another victory in round four of the event, this time against the Uzbekistani player Abdurakhmonov Mukhammadali. In this encounter Arjun actually recovered from a worse position to register his win. Let's have a look at the critical moments. 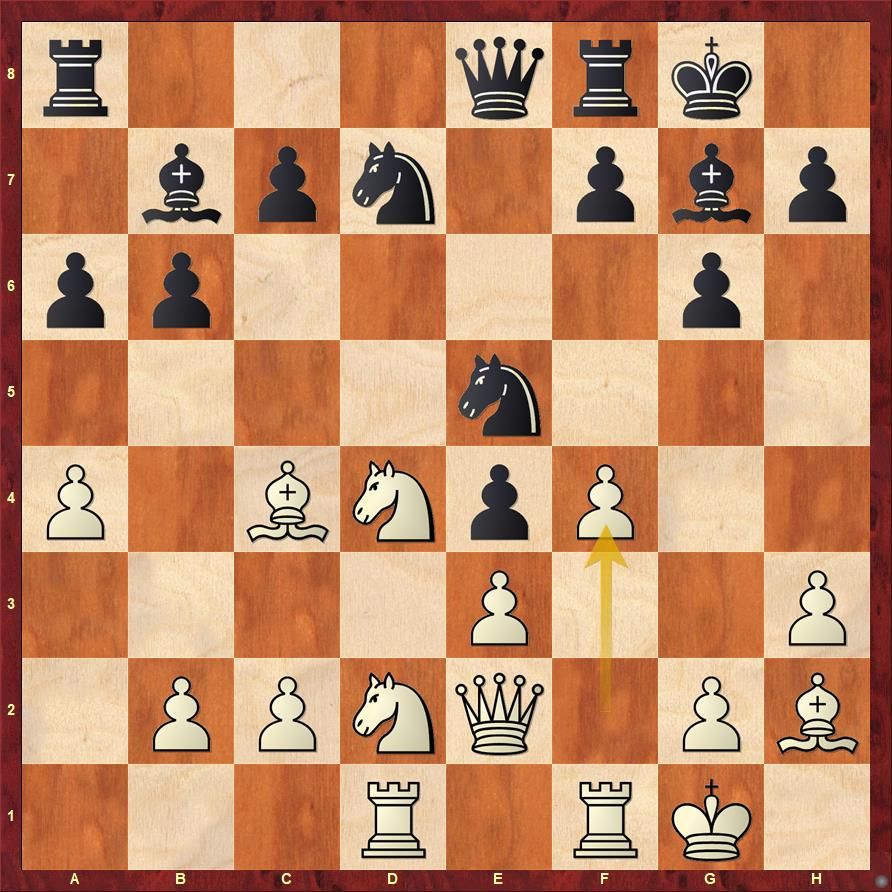 White was already slightly worse when he pushed 16.f4 - Can you find how Black could have taken initiative here?

In the game 16.Nxc4 was played but the correct continuation would have been 16...exf3 17.N4xf3 Nxc4 18.Nxc4 Rc8 where Black gets a very pleasant position to play. 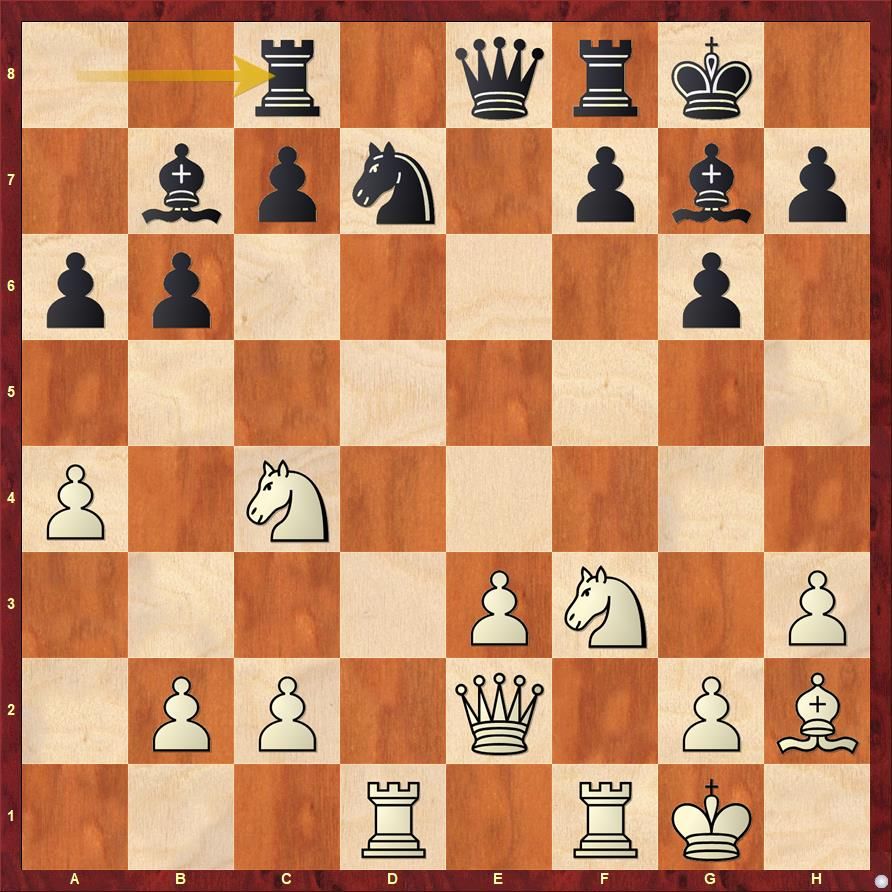 In this position Black's pair of bishops cut nicely across the board and White's pawn on e3 is a soft spot that can potentially become vulnerable.

Arjun was spared of this testing variation and the position soon returned to equilibrium. Next it was the Uzbek player's turn to blunder. 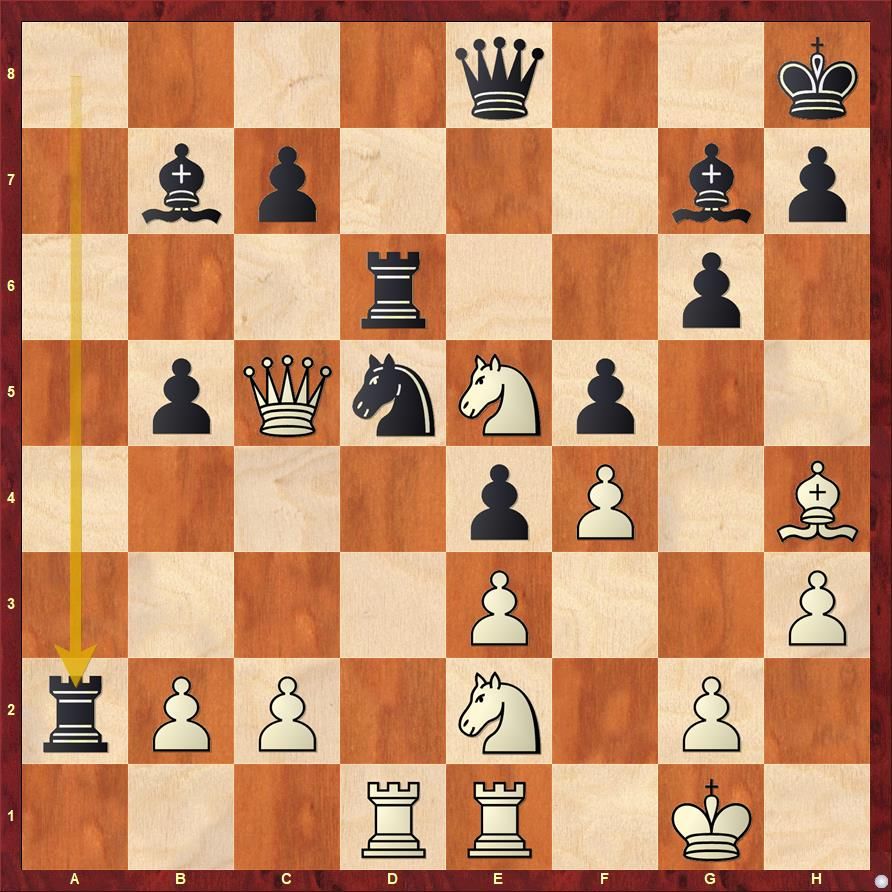 Black's kingside was already weakened when 25...Ra2?? was played - this rook was key to the defense of seventh and eighth ranks. 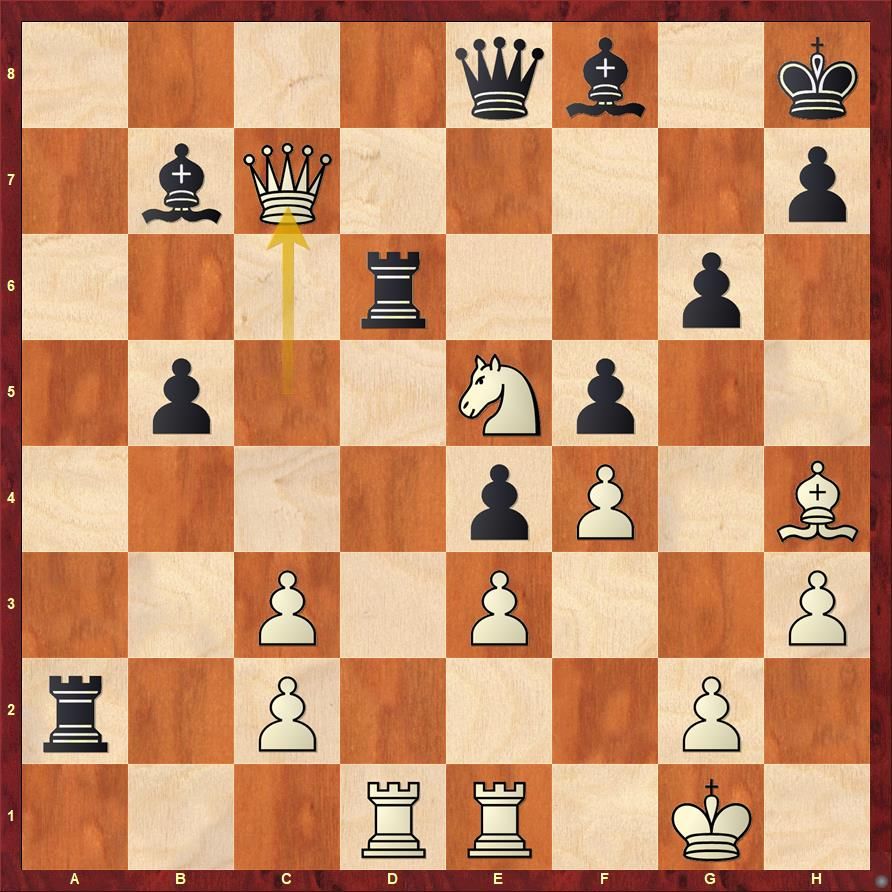 Standings after round 4 in under-18 open 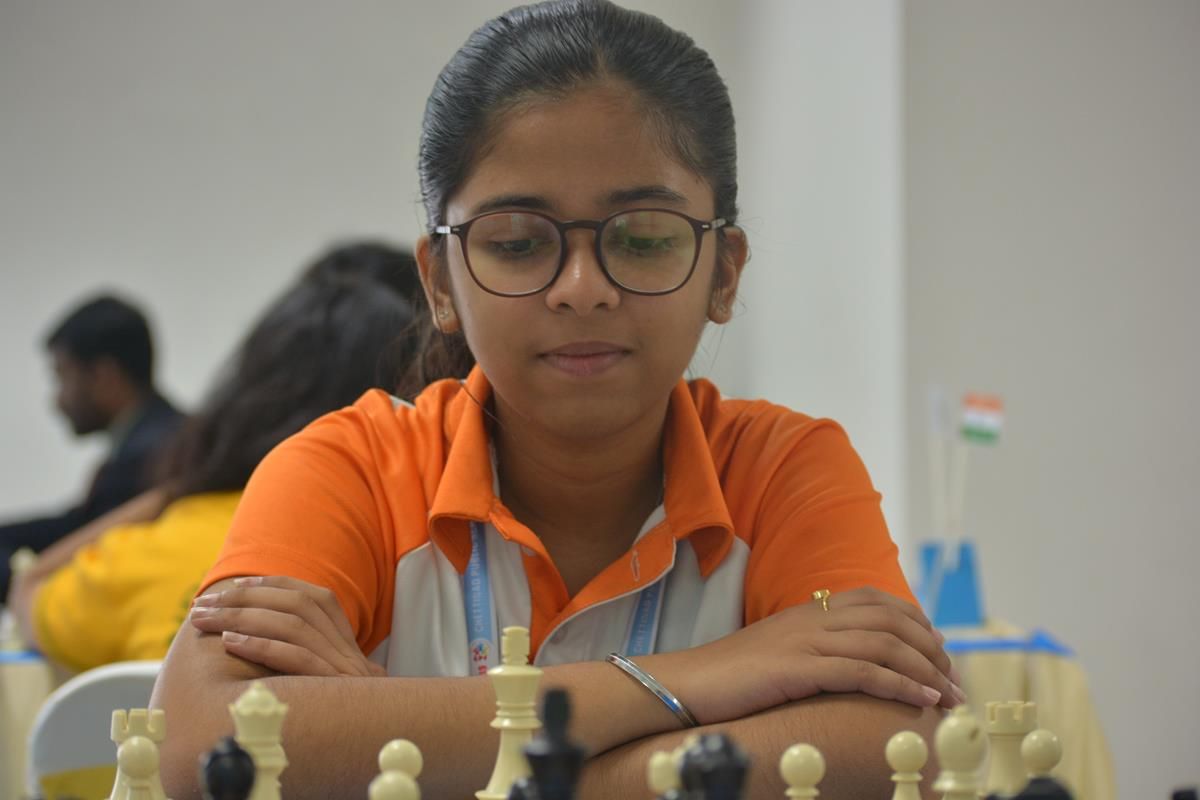 Mrudul Dehankar has taken a full point lead over the rest of the field after beating Srishti Pandey in the last round | Photo: Gopakumar Sudhakaran

Standings after round 4 in under-18 girls 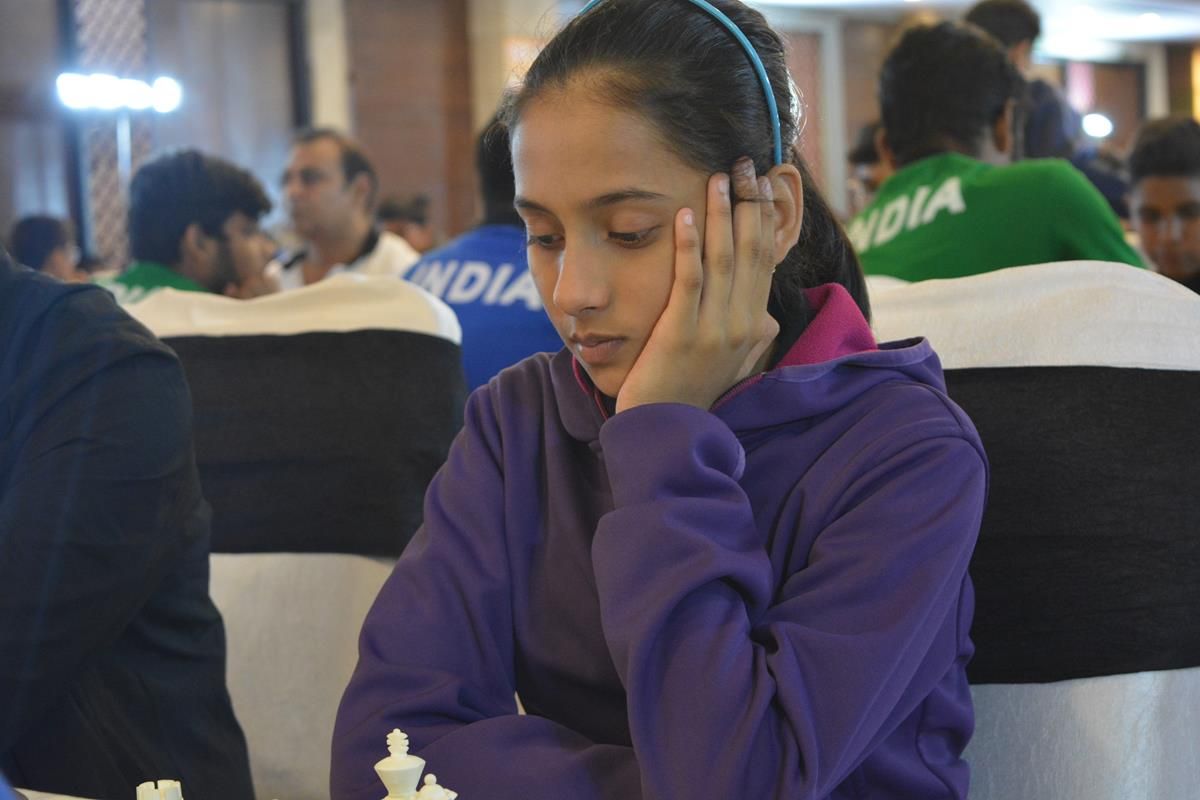 14-year-old Divya Deshmukh is competing solidly in the under-20 open group. In round four she defeated Harshal Shahi and registered her second consecutive victory | Photo: Gopakumar Sudhakaran

Standings after round 4 in under-20 open 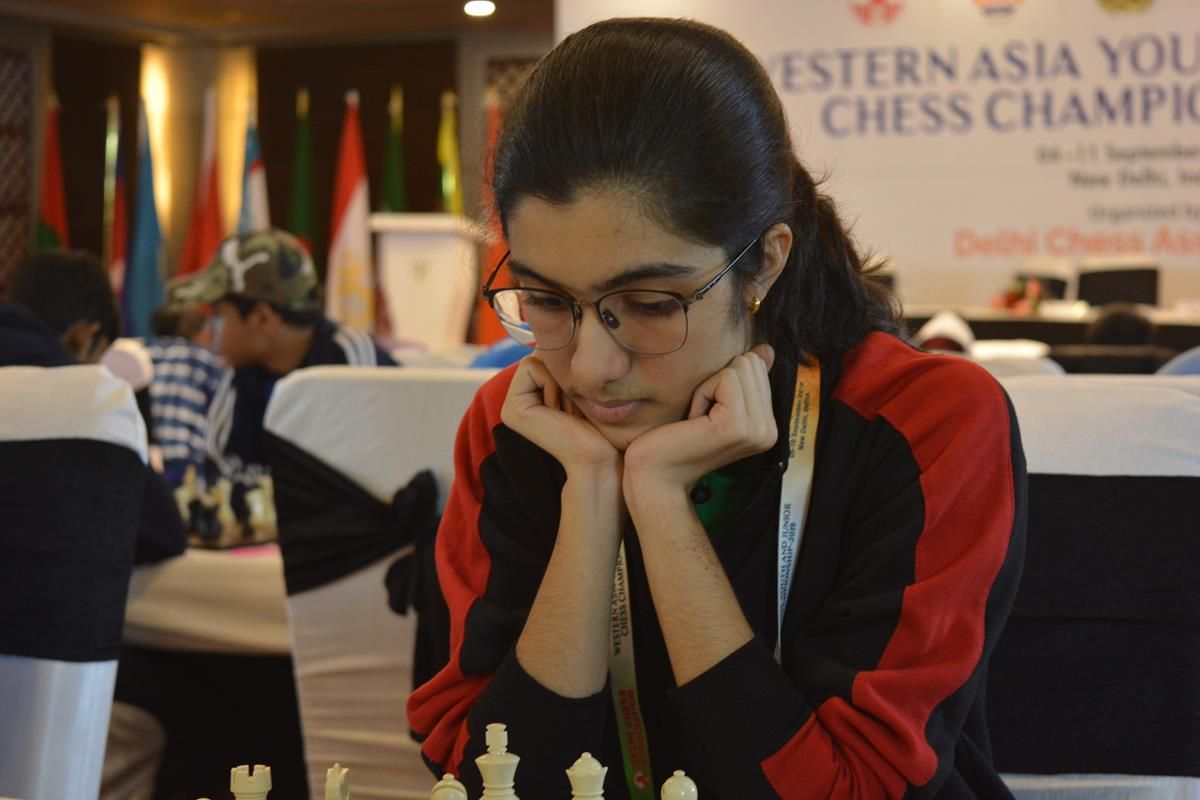 Sakshi Chitlange defeated top seed Vantika Agrawal in round four of the event to emerge as one of the leaders along with Bakhora Abdusattorova | Photo: Gopakumar Sudhakaran

Standings after round 4 in under-20 girls

Detailed results of all other categories can be checked here.