After losing to Sakshi Chitlange in round four, Vantika Agrawal made a strong comeback to win two games in a row and emerge as the sole leader in the under-20 girls category of the ongoing Western Asian Youth and Junior Championship 2019. In under-20 open group playing on board one the leaders - Abdisalimov Abdimalik and Rajdeep Sarkar - agreed to a quick draw to maintain their positions on the top. Divya Deshmukh also held Vardaan Nagpal to a draw, while Pranav Anand stunned Rahul Srivatshav P in a topsy-turvy encounter. In under-18 open, Sri Lankan talent Thilakarathne GMH registered his fourth consecutive victory to wrest sole lead, while in the girls section of the same age category Mrudul Dehankar furthered her unbeaten streak to stay half a point ahead of the field.

Vantika Agrawal steals the show with a superb intermezzo! 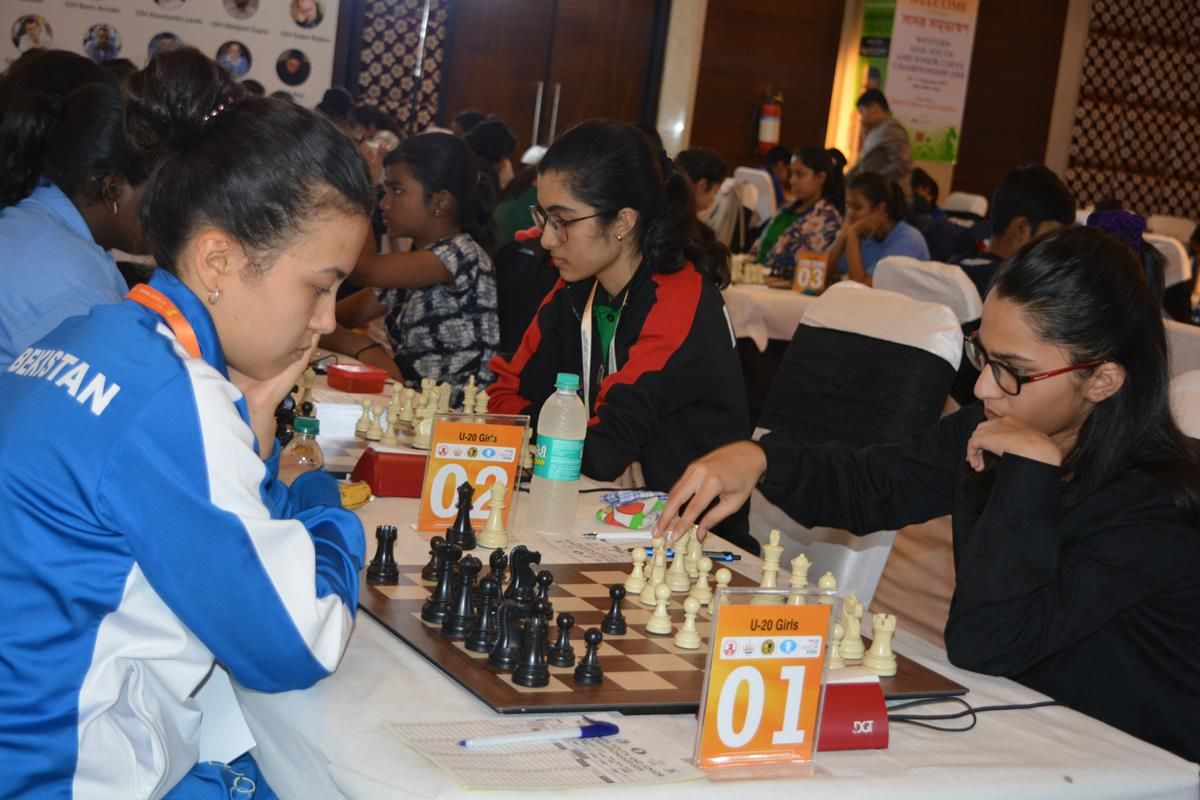 Vantika Agrawal (right) first beat Vishwa Shah in round five and finally in the sixth round she wrested the lead from Uzbekistan's Bakhora Abdusattorova (left) | Photo: Gopakumar Sudhakaran

It was an open Catalan game against the Uzbekistani WIM and Vantika, after a enjoying a superior position throughout the encounter, found a clever way to finish things off tactically. 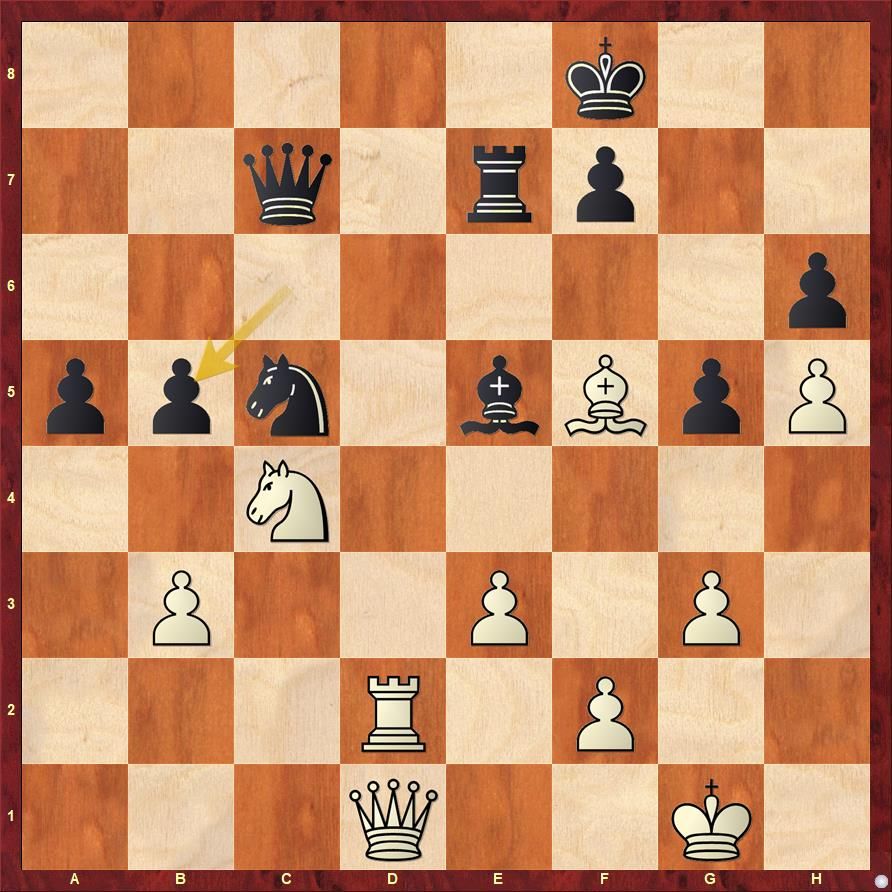 It was in this position where the moment of truth arrived... White played 38.Nxe5 here, now how do you think should Black recapture on e5?

Well, 38...Rxe5 would have been the sound option. Although White gets good initiative after 39.Rd8+ Kg7 40.Rc8 but Black is certainly not lost. In the game 38...Qxe5 was played, at first glance this doesn't seem to make much difference at all, if anything it only looks as though Black can face 39.Rd8+ better now with 39...Re8. But in chess, as they say, appearances often lie. 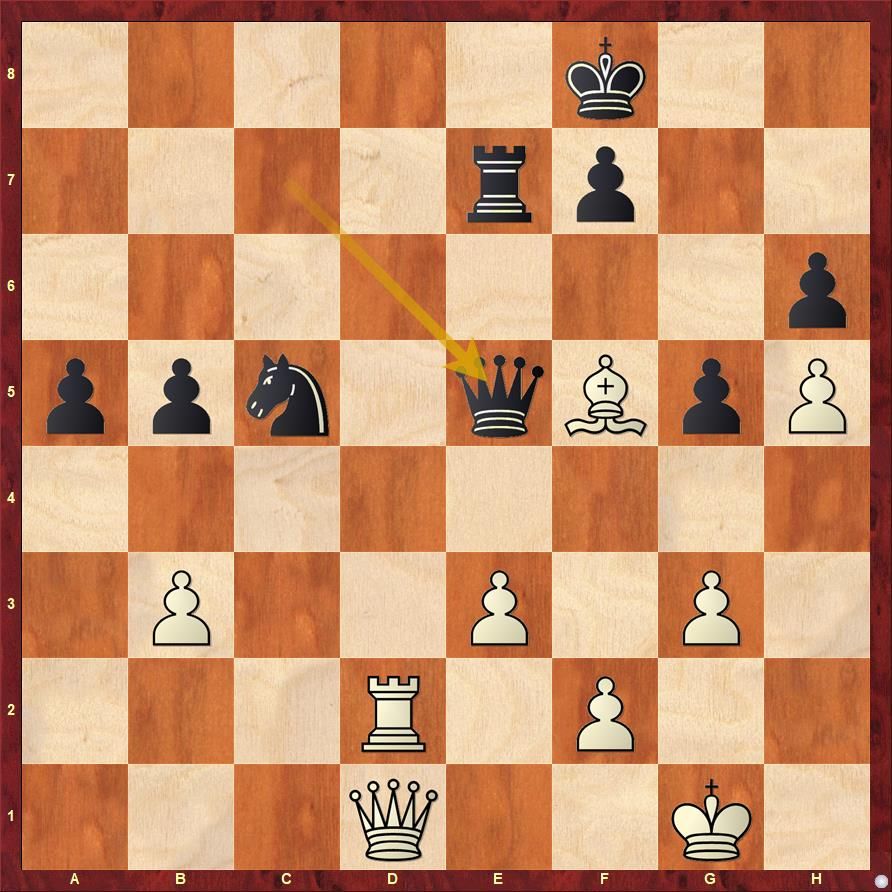 Can you find the move that Vantika found in this position to seize a decisive initiative?

As already mentioned, playing 39.Rd8+ immediately here doesn't gain all that much. The best move is 39.Rd5! - a subtle zwischenzug. 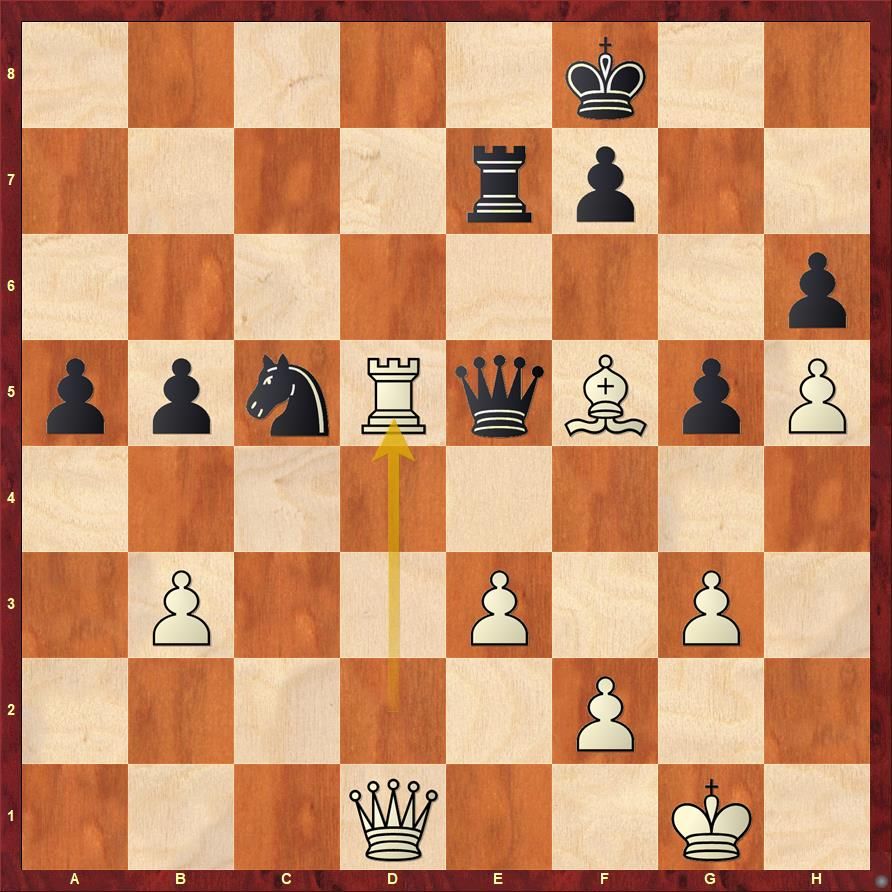 The point is to deflect the black queen before going Rd8+! 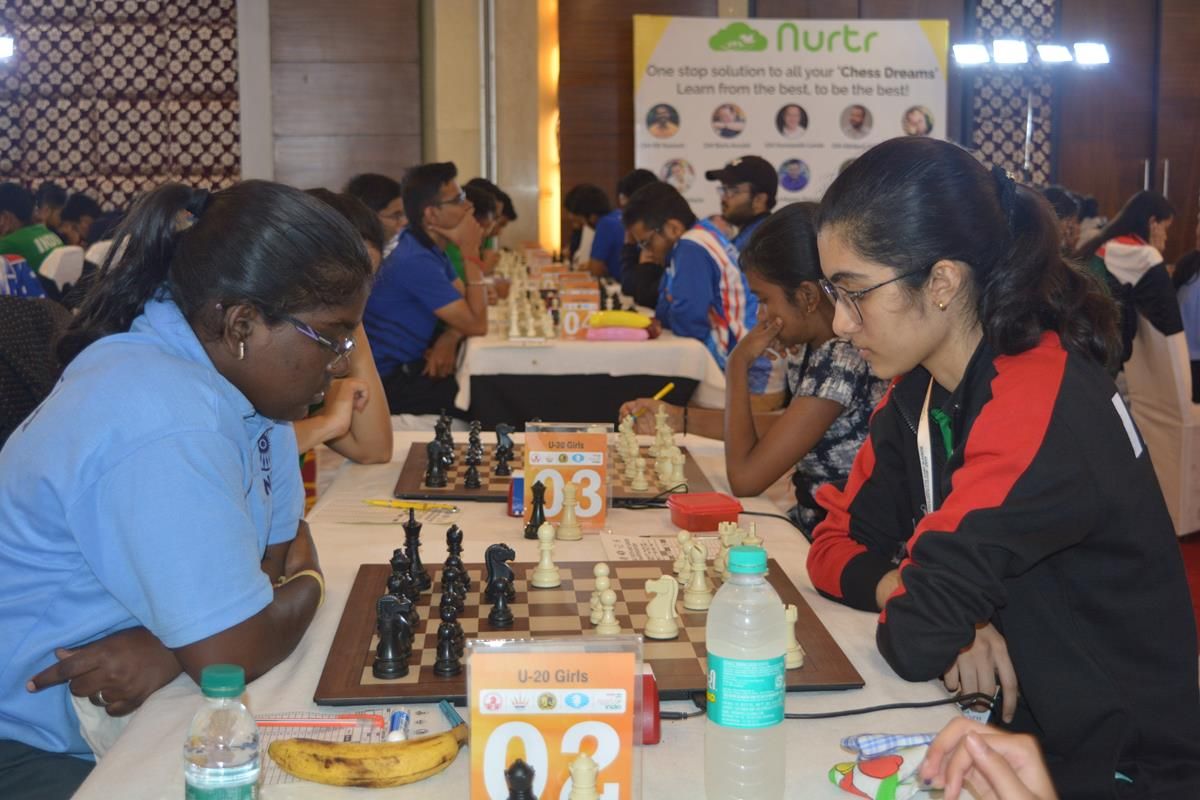 Sakshi Chitlange (right) lost her fifth round game against Bakhora Abdusattorova but in the next round managed to bounce back by beating Lakshmi C (left) | Photo: Gopakumar Sudhakaran

Standings after round 6 in under-20 girls

Pranav Anand gets the better of Rahul Srivatshava 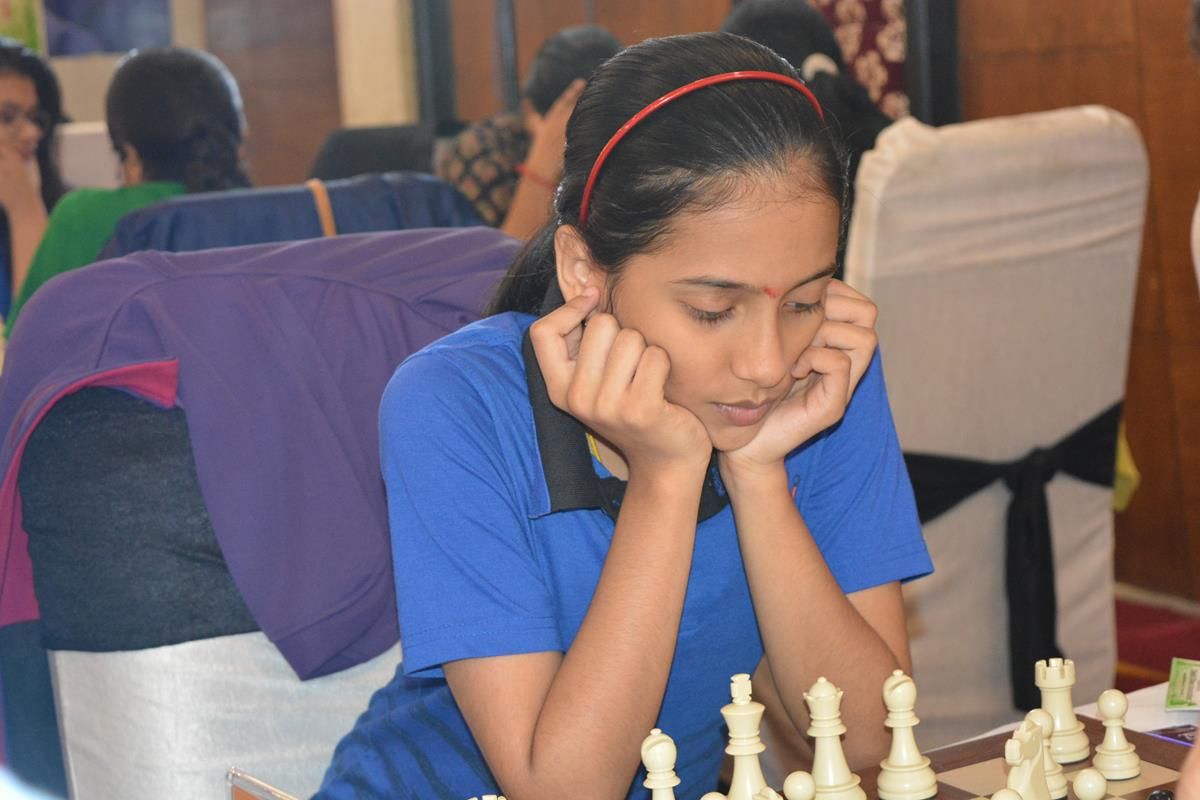 Standings in under-20 open after round 6 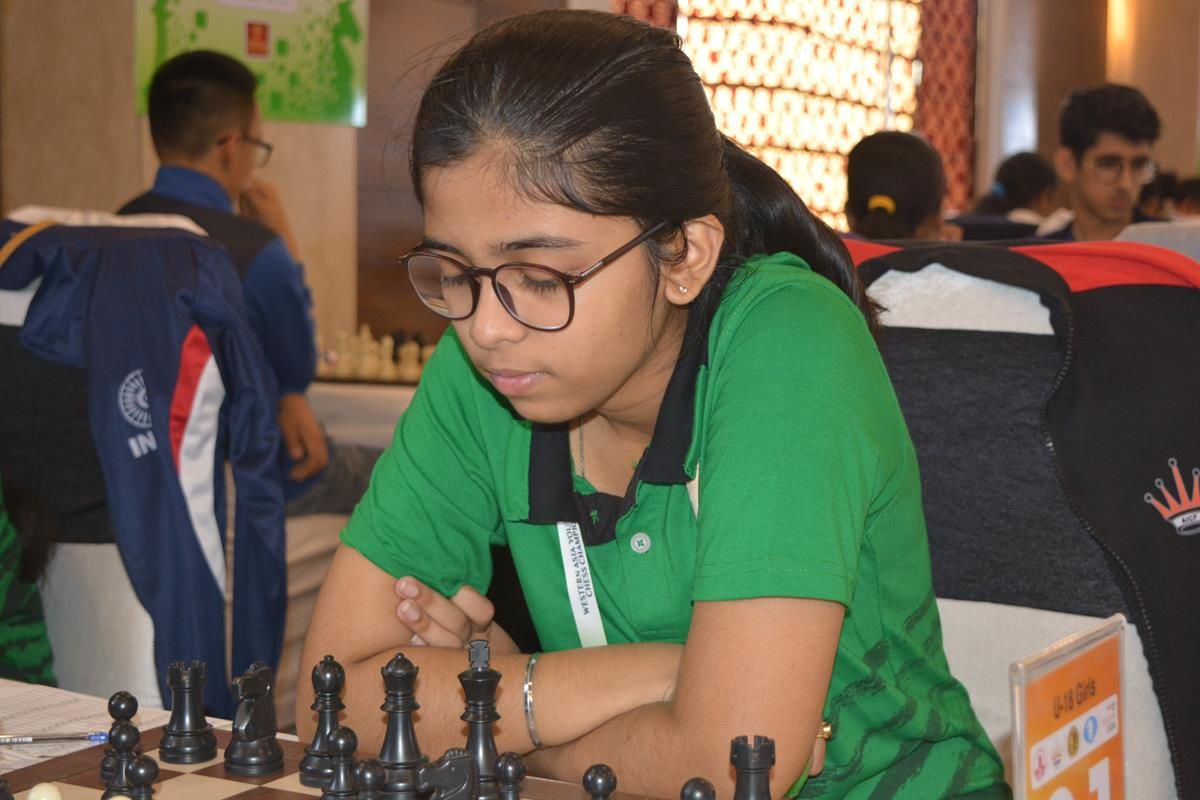 Mrudul Dehankar drew her fifth round game against Jyothsna L. but in the next round resumed her winning spree by defeating Sanskriti Goyal | Photo: Gopakumar Sudhakaran

Standings in under-18 girls after round 6 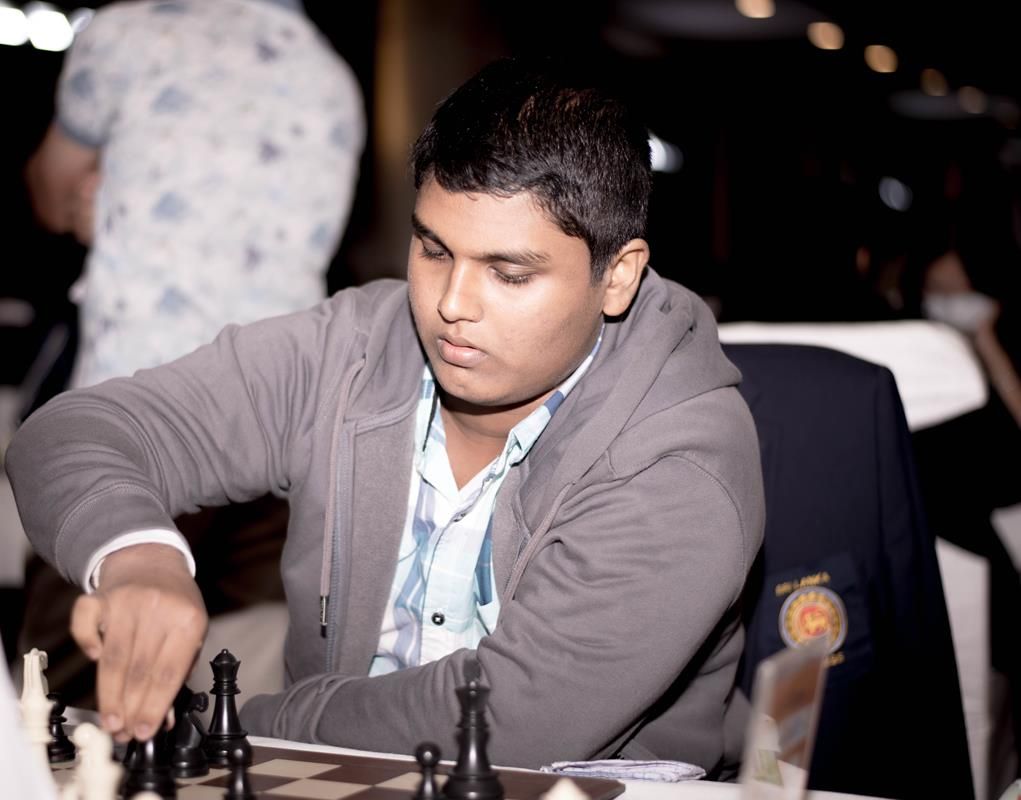 After losing to Arjun Gupta in the second round, Sri Lanka's Thilakarathne GMH has made a strong comeback winning four games in a row, the last victory being against Mohamed Anees M | Photo: Gopakumar Sudhakaran 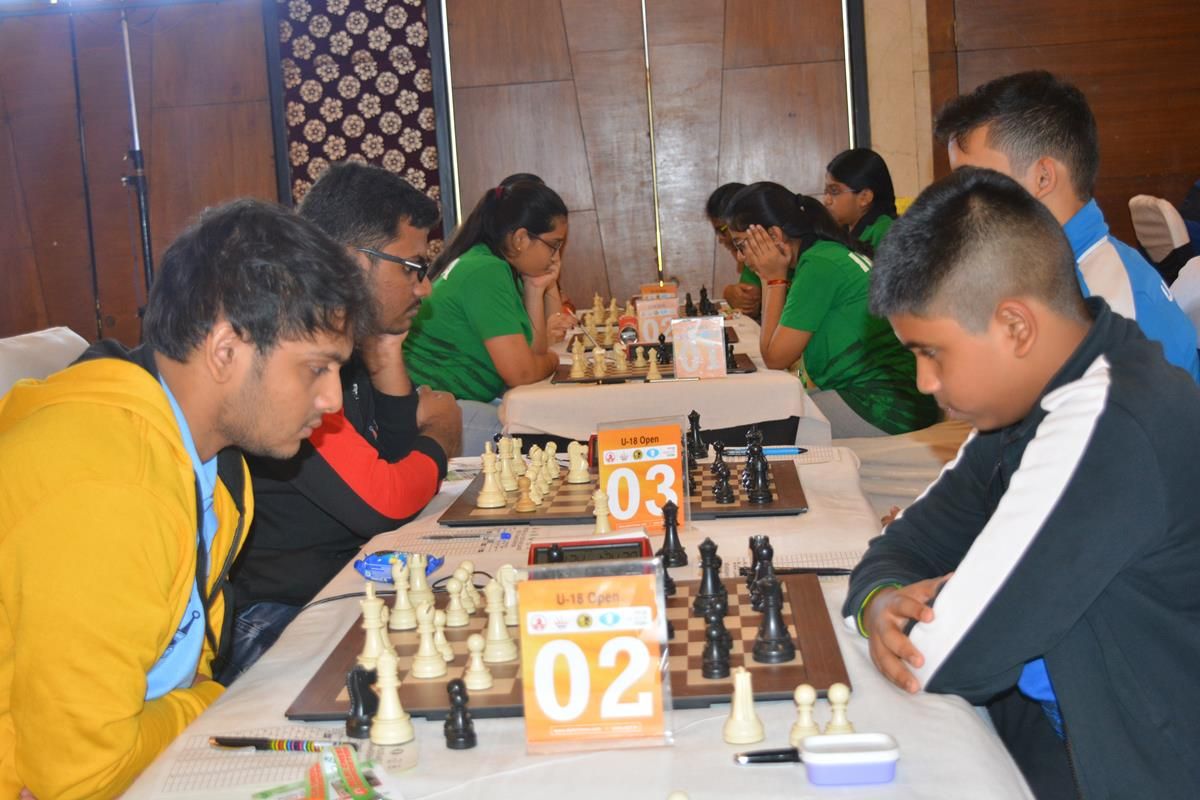 Srijit Paul (left) defeated Vatsal Singhania in round five but was held to draw by Ajay Karthikeyan (right) in the sixth round | Photo: Gopakumar Sudhakaran

Standings after round 6 in under-18 open