The Tuesday King Hunts series, where Grandmaster Saptarshi Roy analysed some very instructive attacking play through a series of five videos, came to an end on the 8th of last month. In this write-up we review and give a gist of parts IV and V of the same. The penultimate part of the series featured a Semi-Slav brilliancy by the ever imaginative Vadim Zvjaginsev, while in the final lecture Saptarshi covered one of his own tournament encounters against GM Laxman Rajaram. The one obvious thing common in both games was Black launching an unstoppable attack and finishing off the party with an elaborate, spectacular chase of the white king! If you are a fan of tactical and dynamic chess then this article is just for you.

The Russian Grandmaster Vadim Zvjaginsev has always been known for his tactical and often outlandish aggressive play. In the 1995 Wijk Aan Zee Open, he played a strikingly attacking game against Roberto Cifuentes with black pieces that has since come to be known as the pearl of Wijk Aan Zee. In part IV of the Tuesday King Hunts series GM Saptarshi Roy gives us a move by move analysis of all the intricacies of this famous encounter and also poses insightful questions at the various critical moments during the discussion. So without further ado let's dive in! 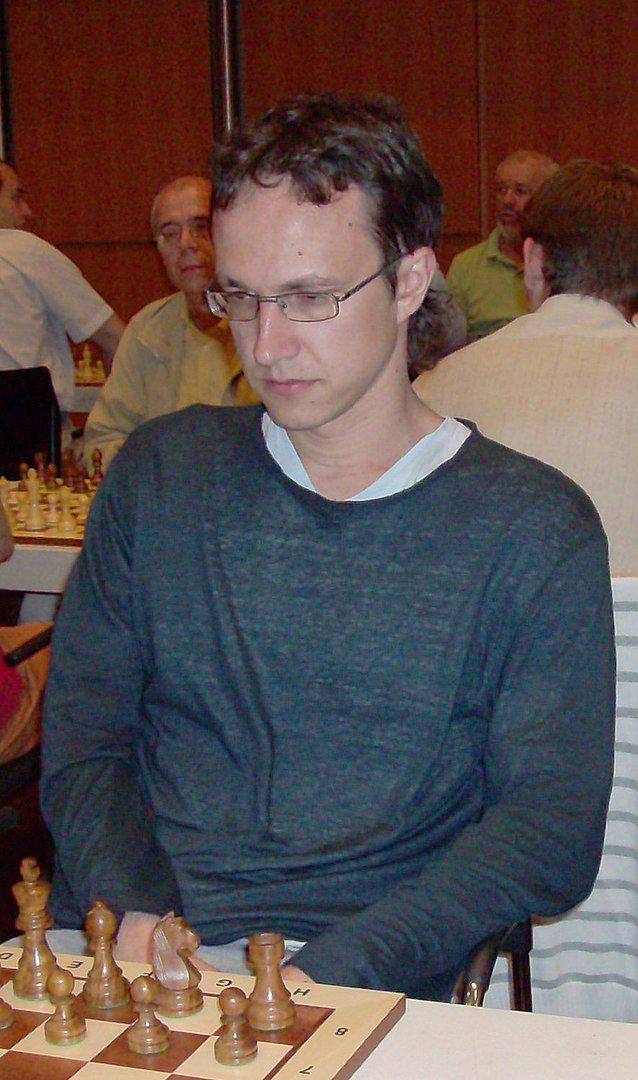 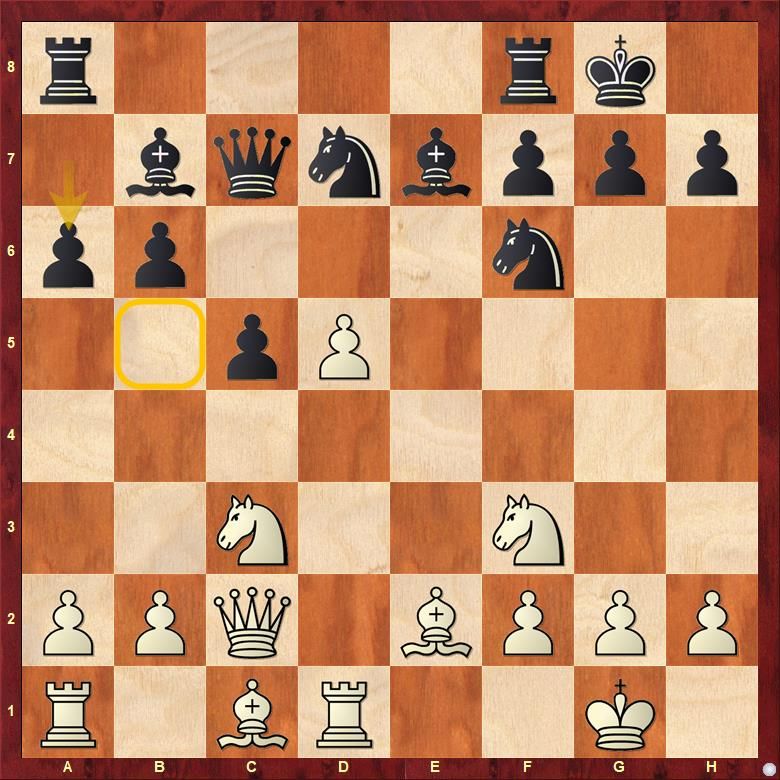 The above position was reached out of a Semi-Slav defense and 14...a6 was played in order to prevent Nc3-b5 by White. What do you think is the assessment of this position? Can you come up with general plans for both sides?

Well, in the game, 15.Nh4 g6 16.Bh6 Rfe8 17.Qd2 Bd6 18.g3 b5 was played and it started becoming apparent at this point that although White had more space and a strong pawn on d5, it was Black who had a clear way to make progress. Quite simply moves like b5-b4, Ne4, and Ndf6 followed by Rad8 and Rfe8 would give him a strong grip on the central squares; while White would be lacking a definite plan and a definite target to hit at. 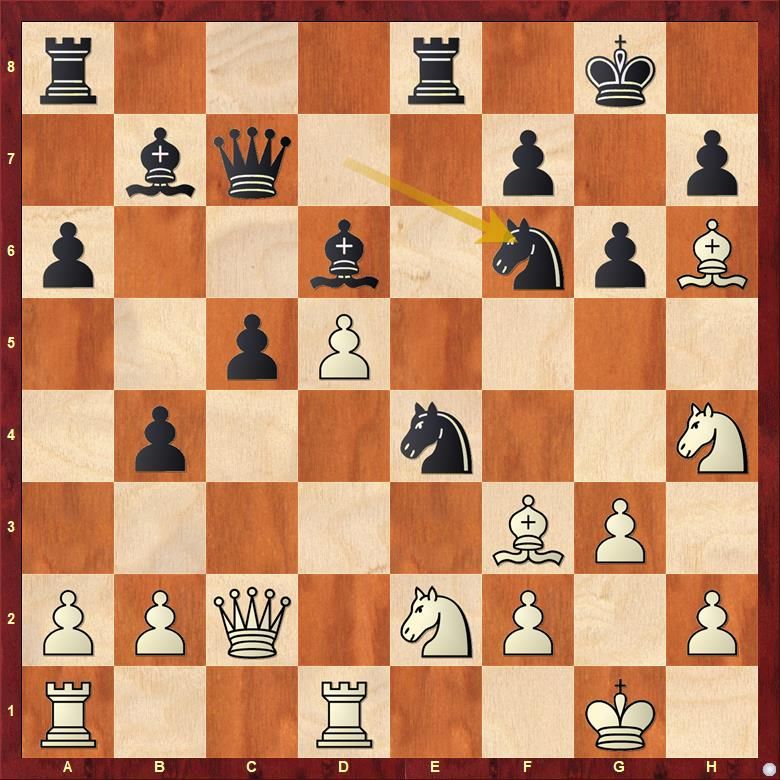 Black realized the ideal set-up quite easily. First dismantling White's c3-knight with b4 and then going Ne4 followed by Ndf6. 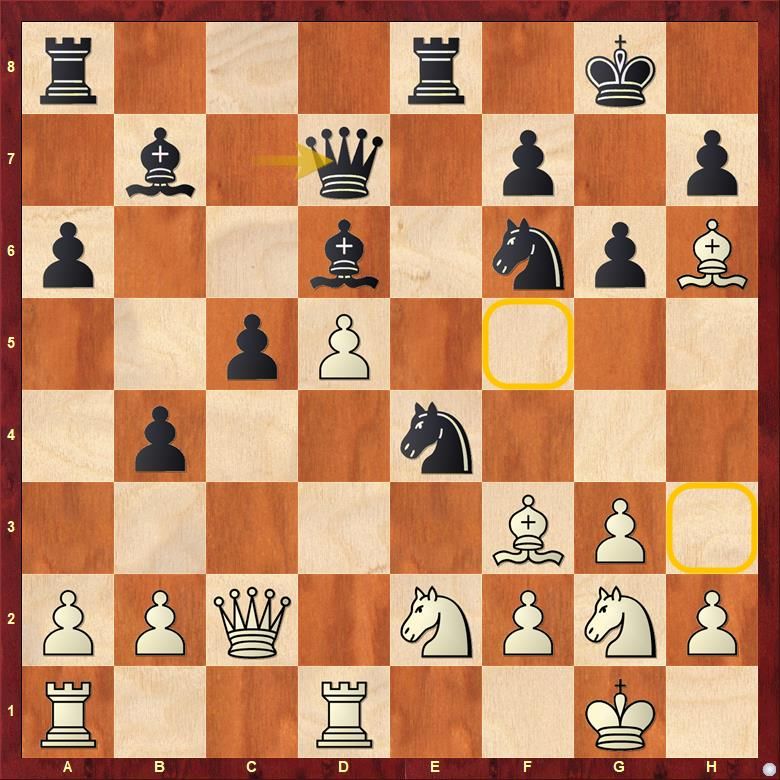 Next, it was time to bring one major piece into the foray and hence came 22...Qd7 aiming at the important f5 and h3 squares. 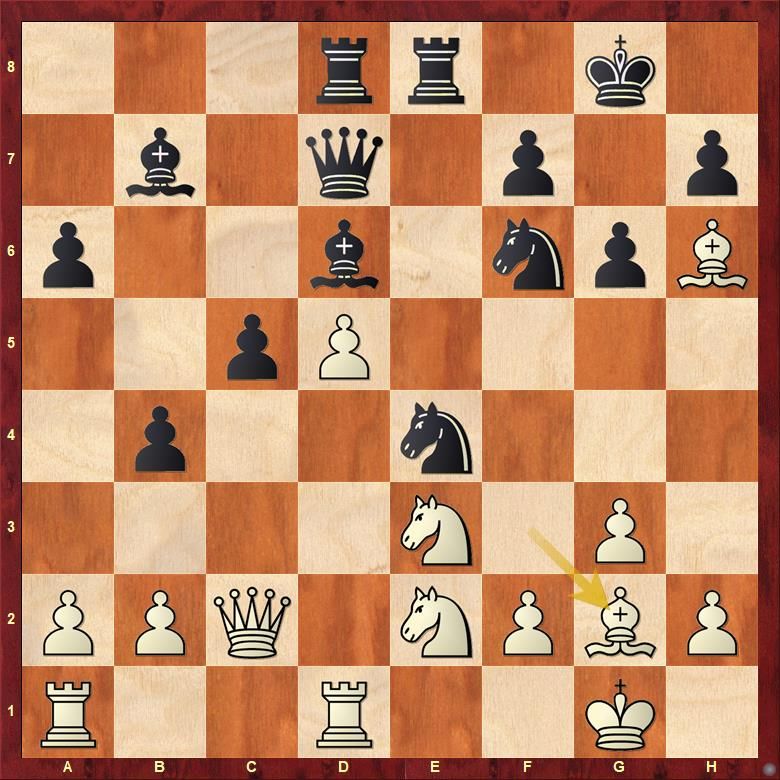 24.Bg2 was played only two moves later and this was the first crucial mistake by White. Can you guess how Zvjaginsev continued here? 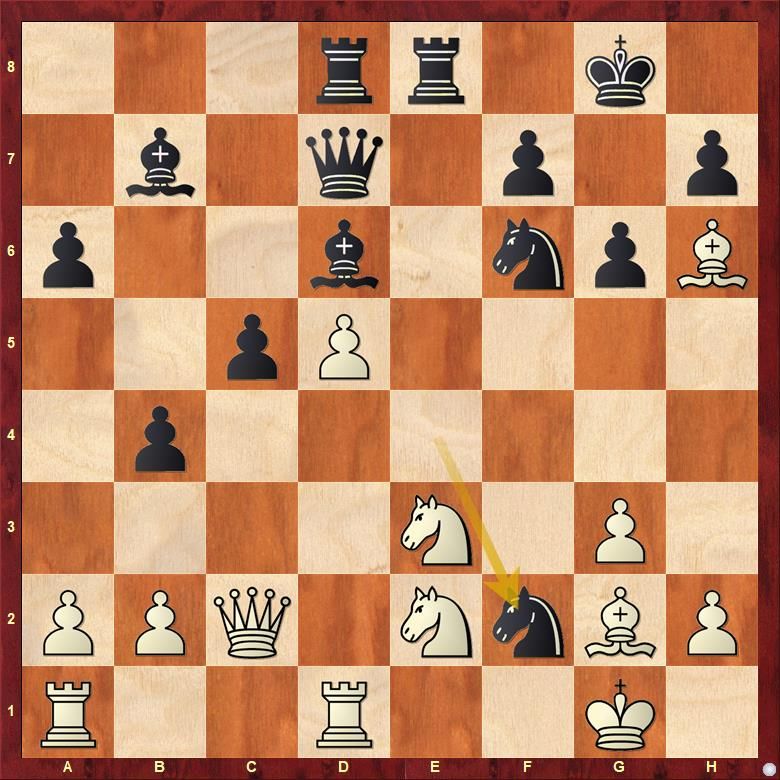 The Russian master played the instant and beautiful 24...Nxf2 and with it each black piece sort of came to life! 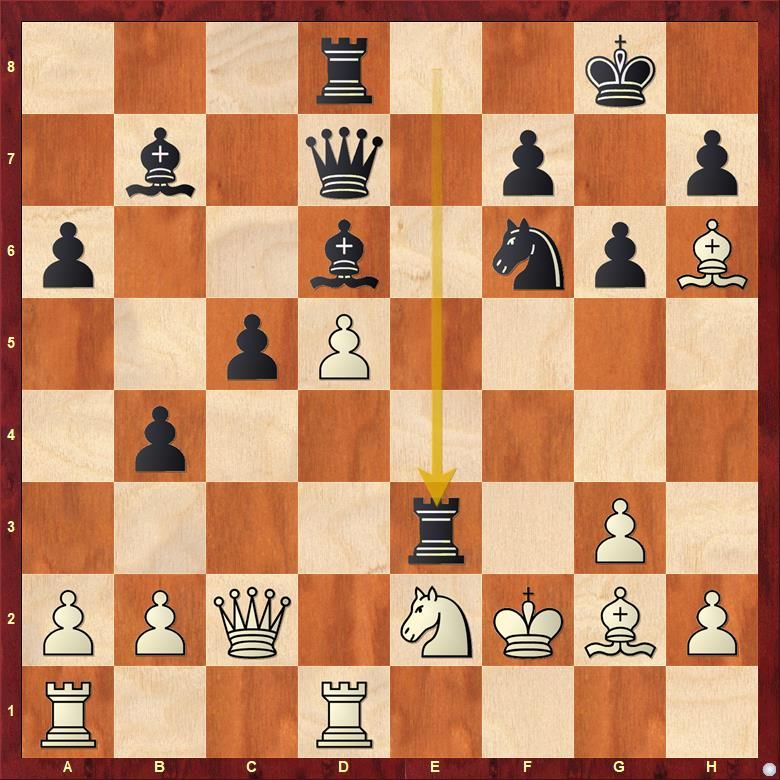 With the knights, bishops, and queen all set to pounce on the white king, a second sacrifice - 25...Rxe3! - was only in order. 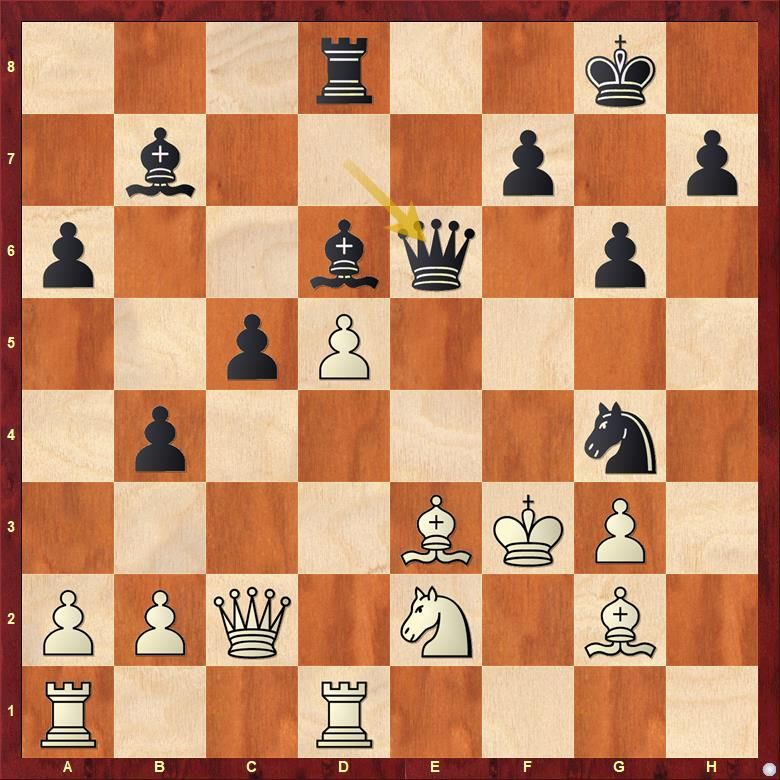 Position after 29...Qe6 - a successful attack is always carried out through the optimal use of all the pieces on board. 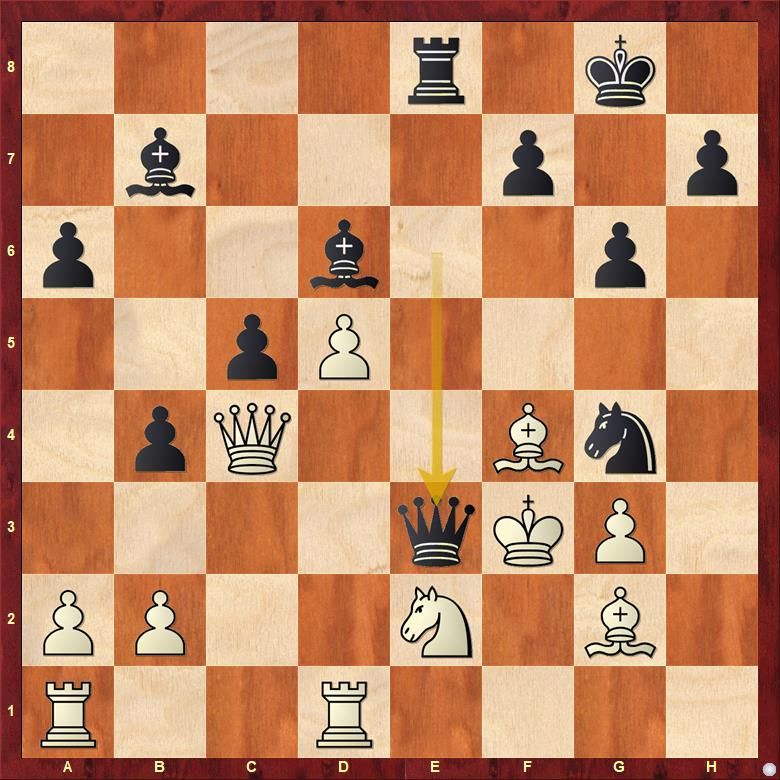 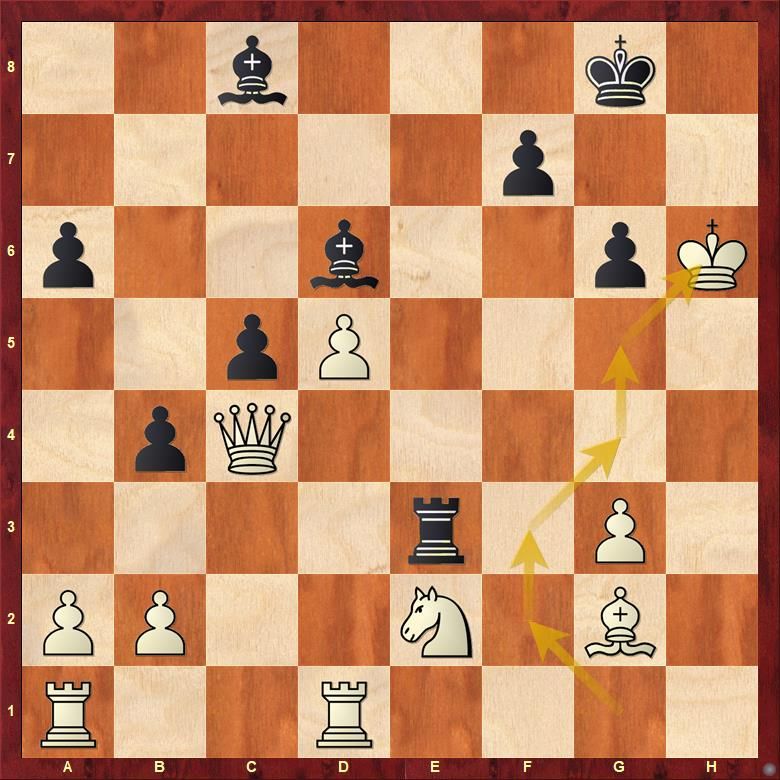 Black played 35...Re5 here and White had to resign as it wasn't possible to stop checkmate with either Bf8 or Rh5 in the next move.

Listen to GM Saptarshi Roy explaining the nuances of this game in the following video:

In the next game (part V of the series) we see how to draw a positional player into ticky tactical waters! GM Saptarshi Roy shows one of his own games against GM Laxman Rajaram who is very well-known to be a solid positional player. This encounter began with 1.Nf3 and here Saptarshi invited White to play the Sicilian with 1...c5 which, to his surprise, his opponent accepted without much reluctance. 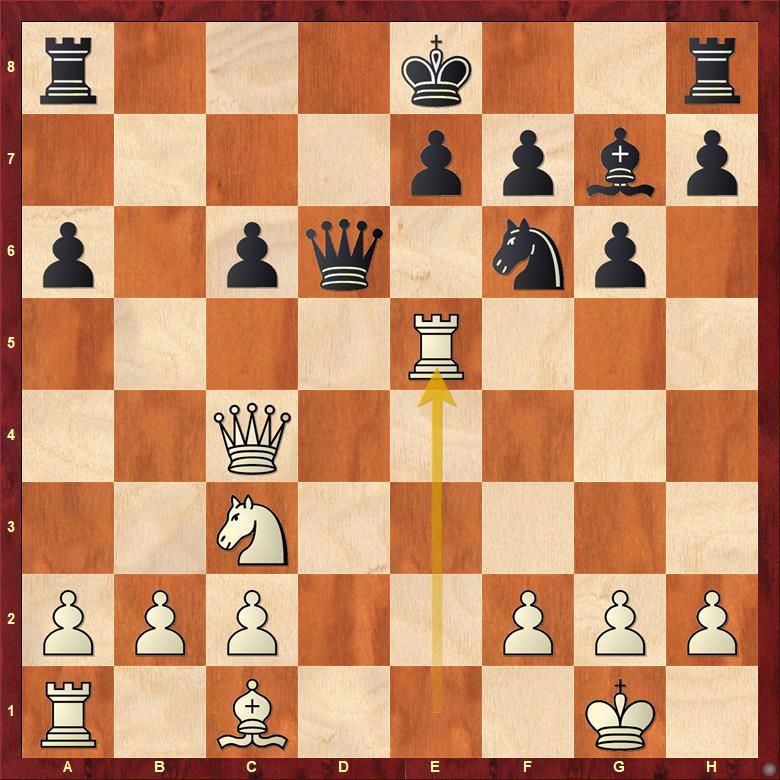 15.Rxe5, where White grabbed a pawn, was the start of all complications. Can you guess how Black continued? 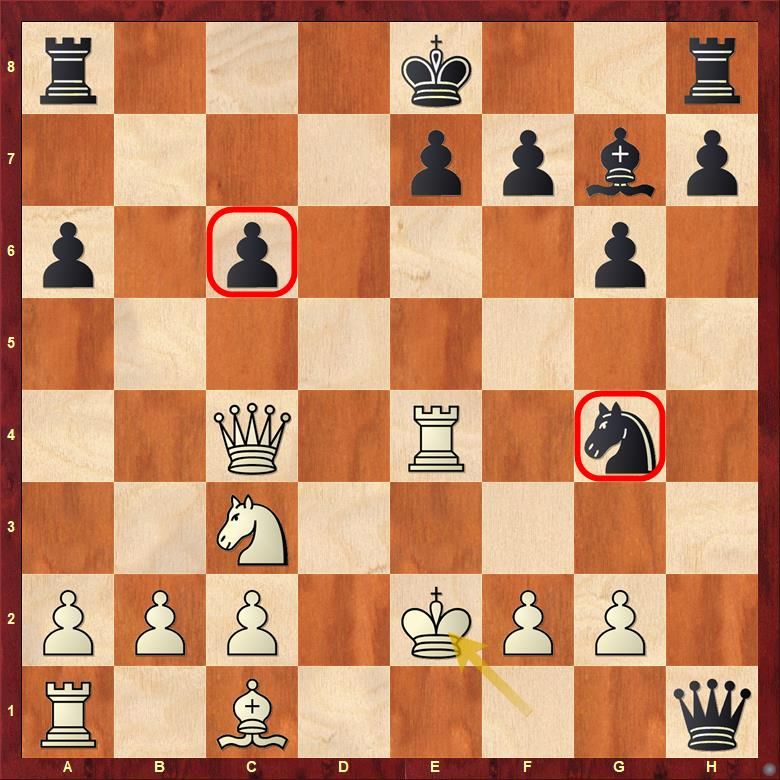 What should you do when you are losing a piece?

Saptarshi went ahead with 18...0-0 here because he had to bring his rooks out and ensure his king's safety and only then could he think of exploiting White's vulnerabilities which was was obviously his king open in the center. 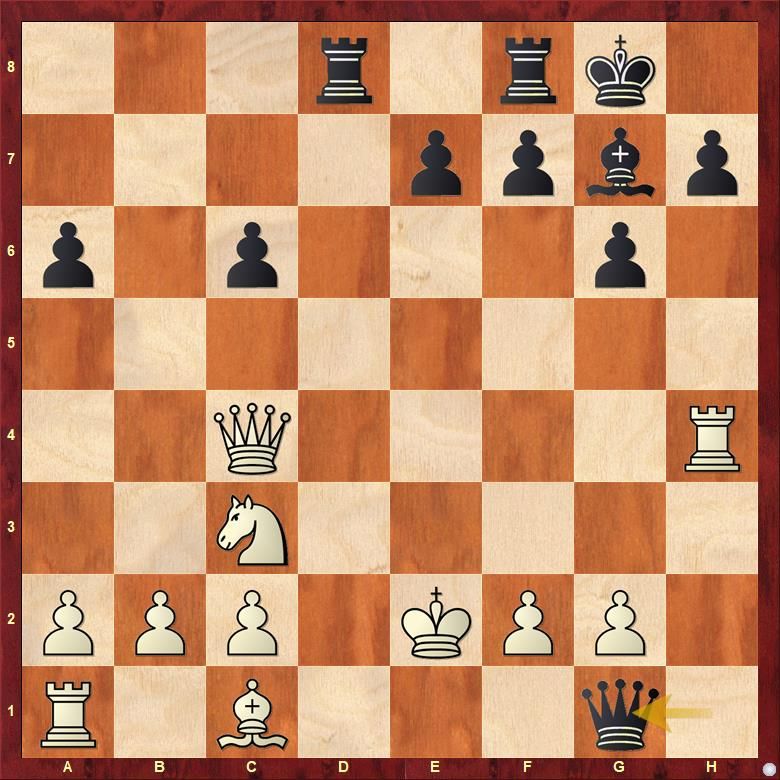 Black maintained his queen on the first rank as Qxg2 would allow Qg4 forcing an exchange of queens in which case Black would be dead lost. 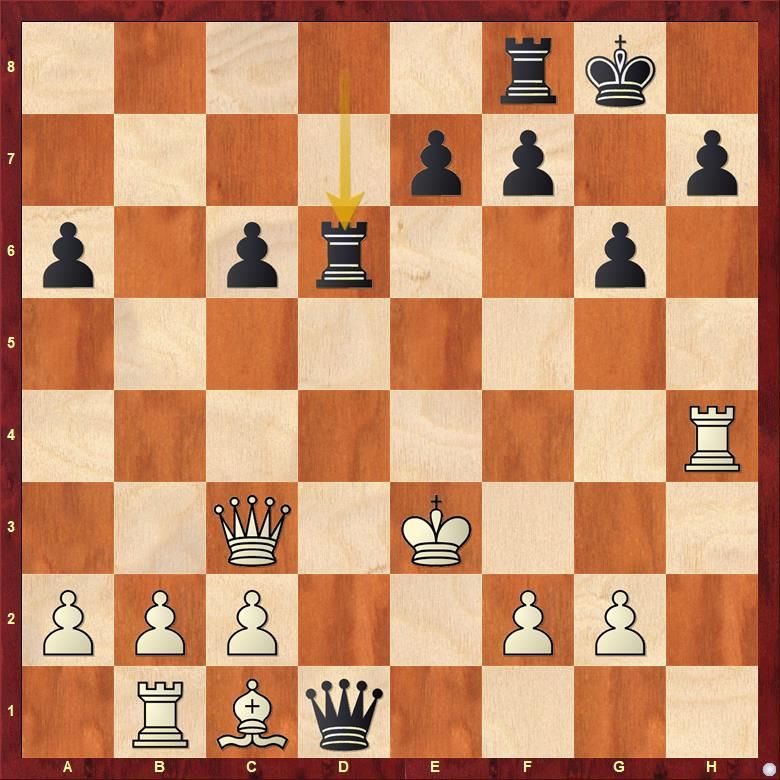 Black performed a rook lift with 23...Rd6 and here White went 24.b3 intending Bb2 and mate threat on g7 but this was the critical error that completely turned the tables on GM Laxman, can you see how? 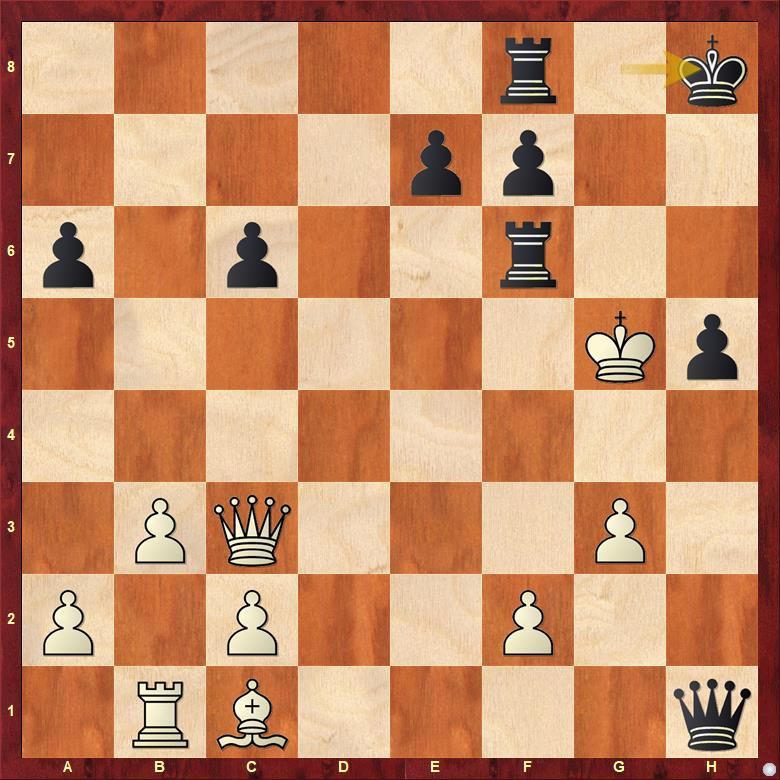 The above was the final position on board. White had no good way to prevent Rg8# and hence had to resign. Check out the full annotated game presented below.

Now listen to GM Saptarshi Roy - the man himself - explaining his own brilliant win!

We believe you got to learn a lot from the Tuesday King Hunts series. If you have any feedback for these videos or would like to get in touch with GM Saptarshi Roy, you can do so by writing to him on his email: searchgmroy@gmail.com