16-year old Tarun V Kanth of Tamil Nadu holds GM R R Laxman to a draw in Playchess simul on saturday 24th November with 35 mins + 10 seconds time control. For the first time ever, ChessBase India organized a simultaneous event by GM R R Laxman at Playchess servers against six players across the nation. Laxman faced no difficulty defeating the five other players. The uniqueness about this event is, all players were given an opportunity to talk with Laxman over a phone call where they discussed various ideas, variations and missed chances which had arisen in their respective games. In this report, you will find all six games as well as the players who participated in this simultaneous event. Photo: Prashant Mullick/Amruta Mokal 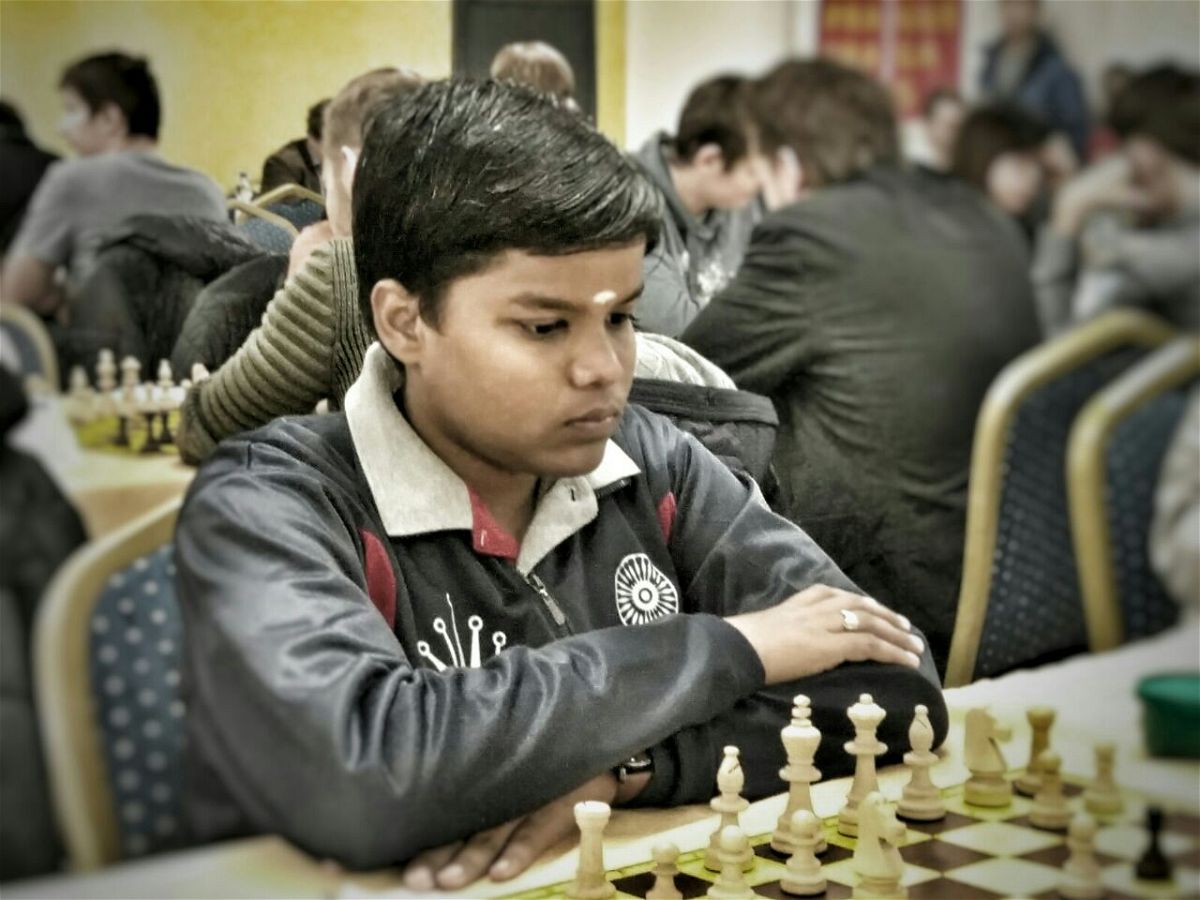 16-year old Tarun V Kanth of Tamil Nadu was the only player to draw with Laxman | Photo: Prashant Mullick
Tarun V Kanth had a friendly conversation with GM R Praggnanandhaa couple of years ago

In Catalan Opening, Tarun managed to equalize very easily with Black pieces. Between move no. 17 and 23, six out of seven moves involved exchanging of pieces which resulted in an equal double rook and knight and five pawns each endgame. 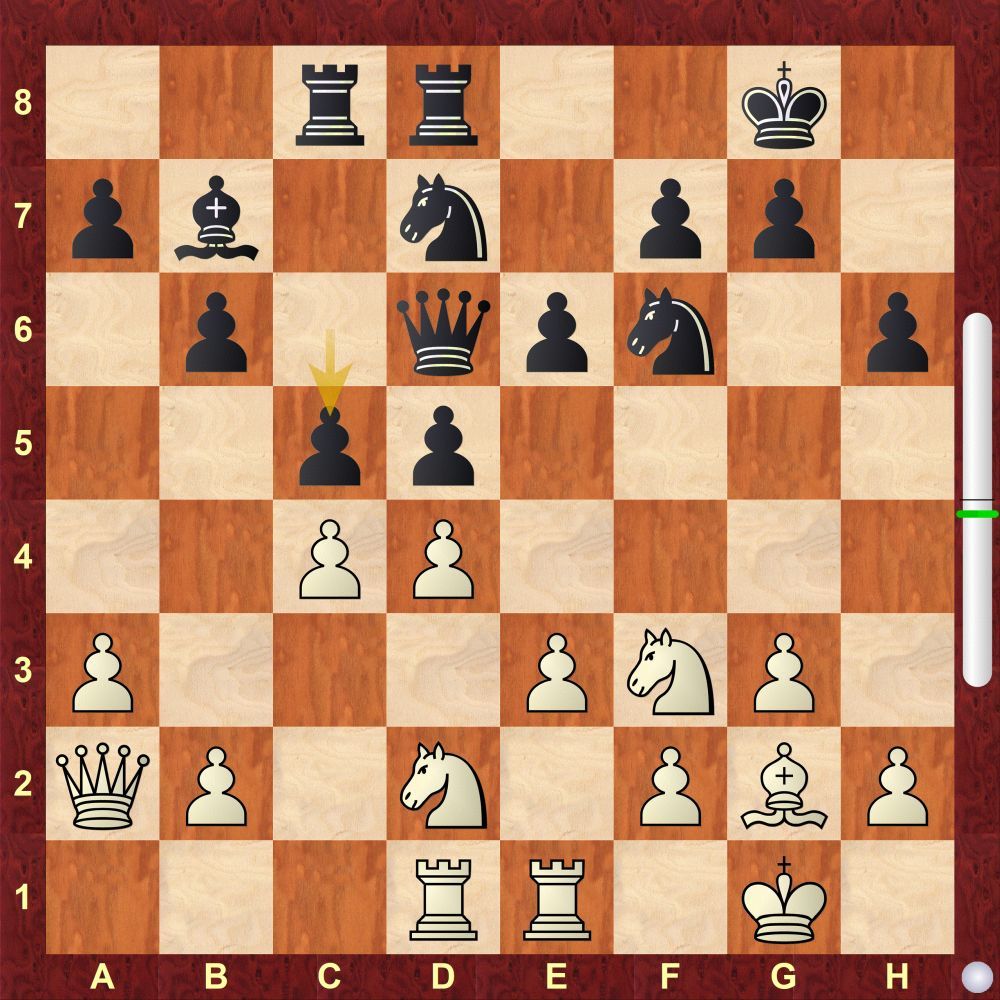 Laxman started the series of exchange with 17.cxd5

The resultant double rook and knight endgame was not that difficult for the young one. He managed to trade off one of his weak pawns and went on to draw the game in a knight ending. 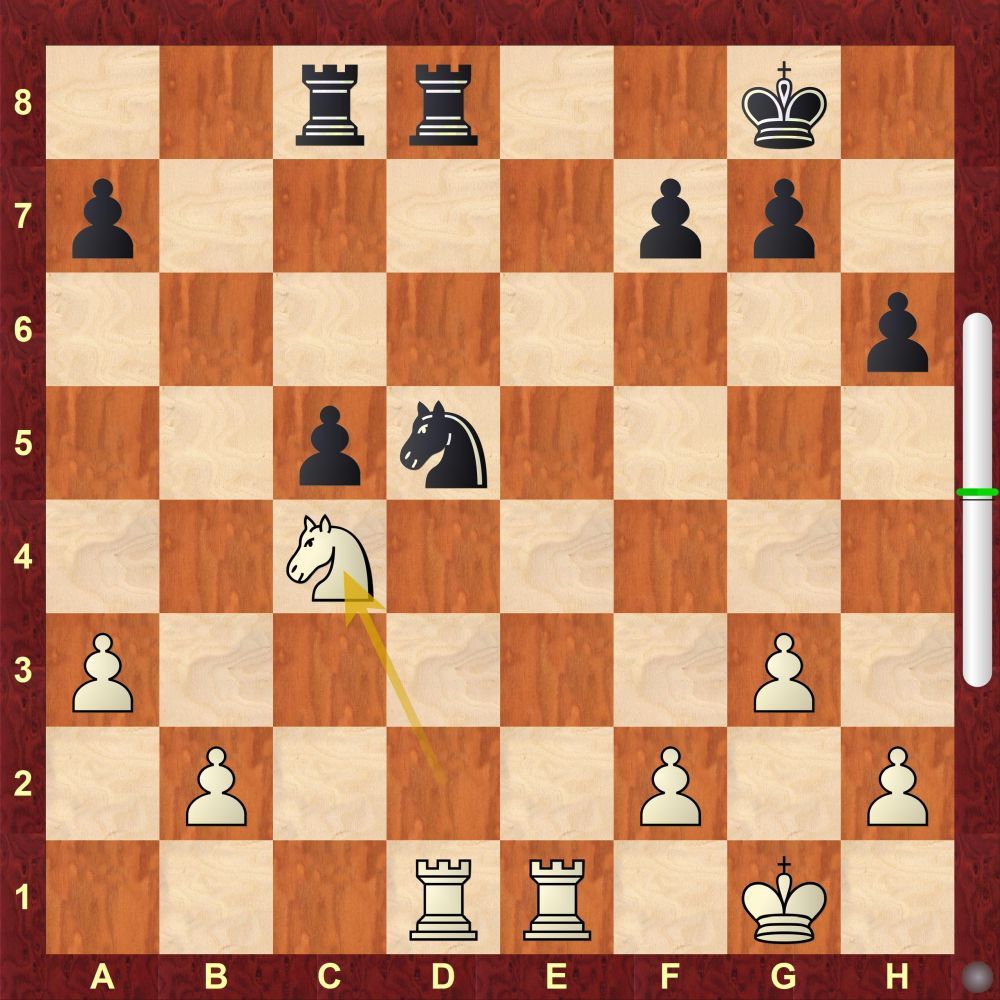 Here is the full game:

15-year old Tanmay Ajmera was the first one to succumb to defeat in Semi-Slav defence when he blundered an exchange in the 17th move after losing a pawn. 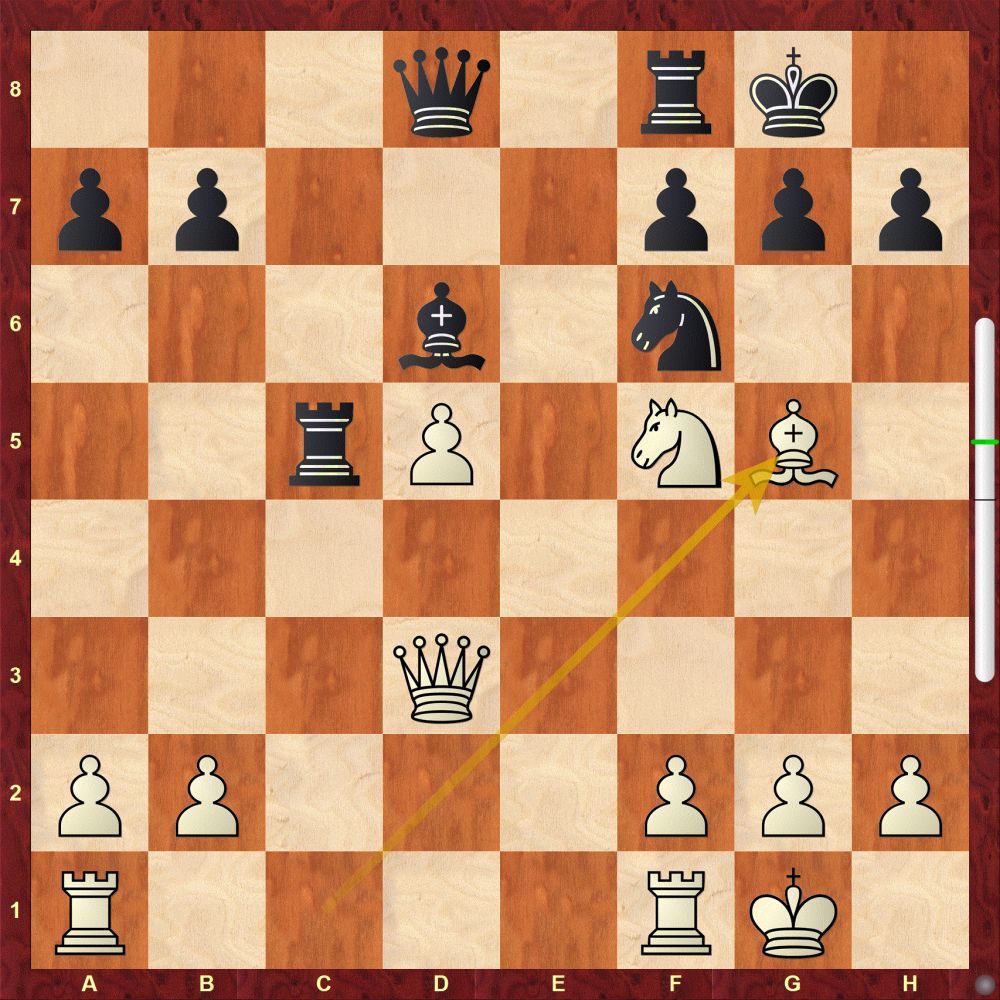 Tanmay (Get the feel) blundered by playing 17...Rxd5. What should he have played instead? 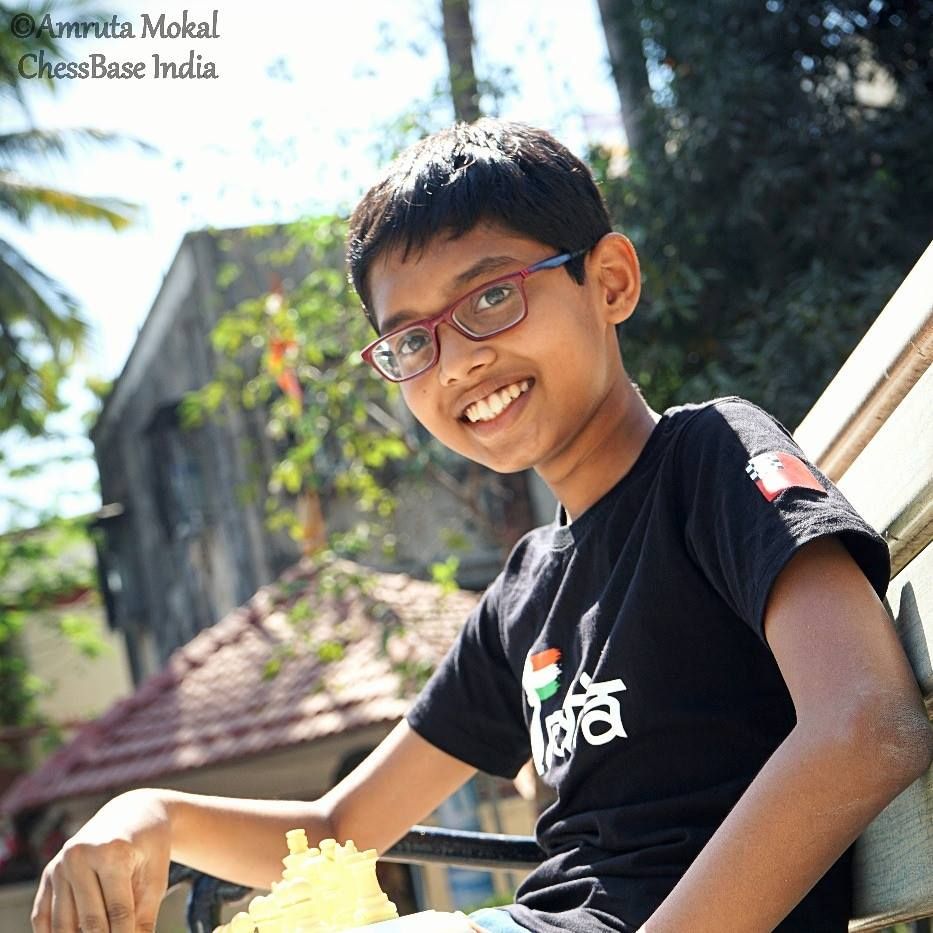 Avatanshu had several chances to hold a draw but he missed them all | Photo: Amruta Mokal

Avatanshu Bhat might be just 13-year old and rated 1385 which was the lowest among all six players, however even Laxman is familiar with his writing skills. He had the golden opportunity to impress the Grandmaster with his game too, but unfortunately it was not meant to be. He missed all the chances of securing a draw in the endgame. 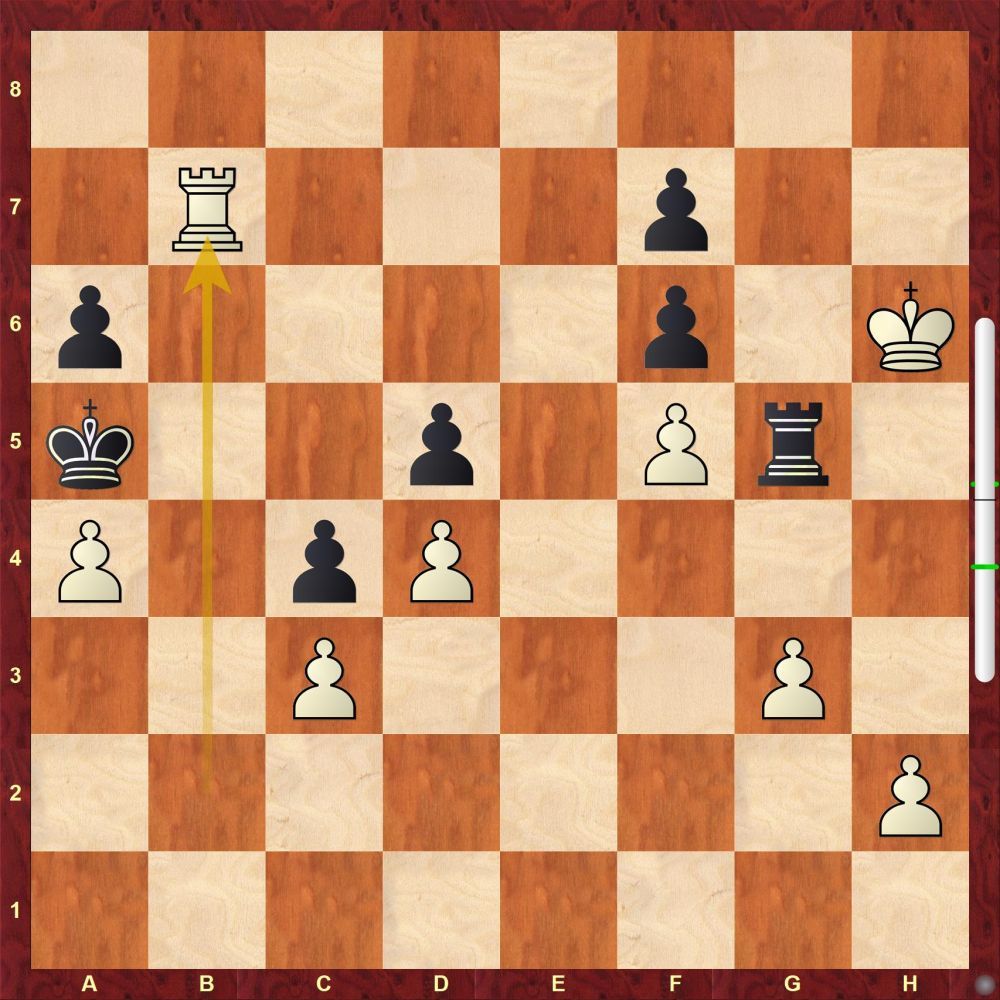 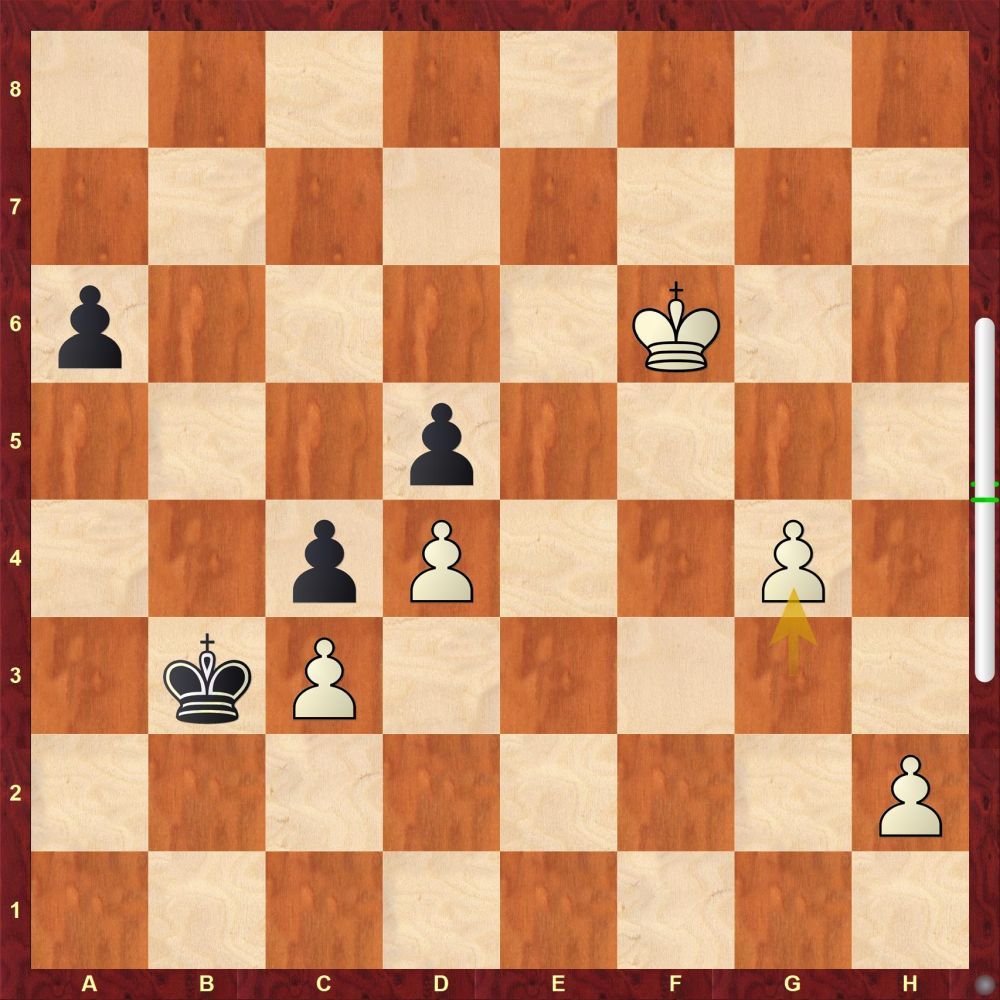 Opportunity 2: Black played 42...Ka4 which of course leads to a loss. There were easy drawing chances 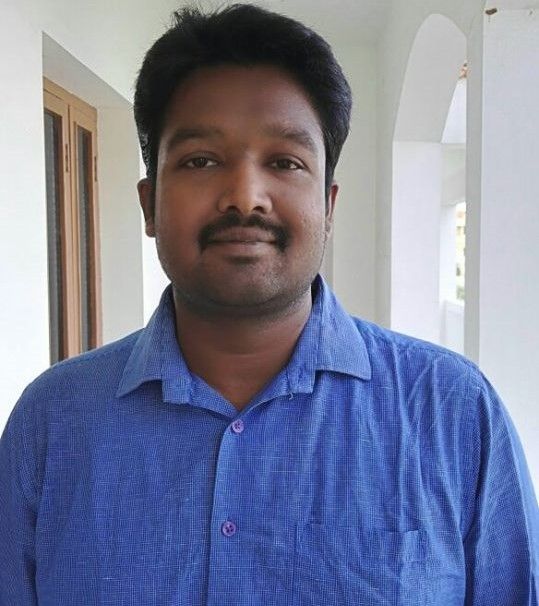 Shamil wants to improve his game and never give up | Photo: Shamil

28-year old Software Engineer by profession at Microsoft, Mohammed Shamil managed to equalize the position with Black pieces in Semi-Slav opening. However, he blundered a pawn and tried to stay afloat but a tactical error cost him another pawn and eventually the game. 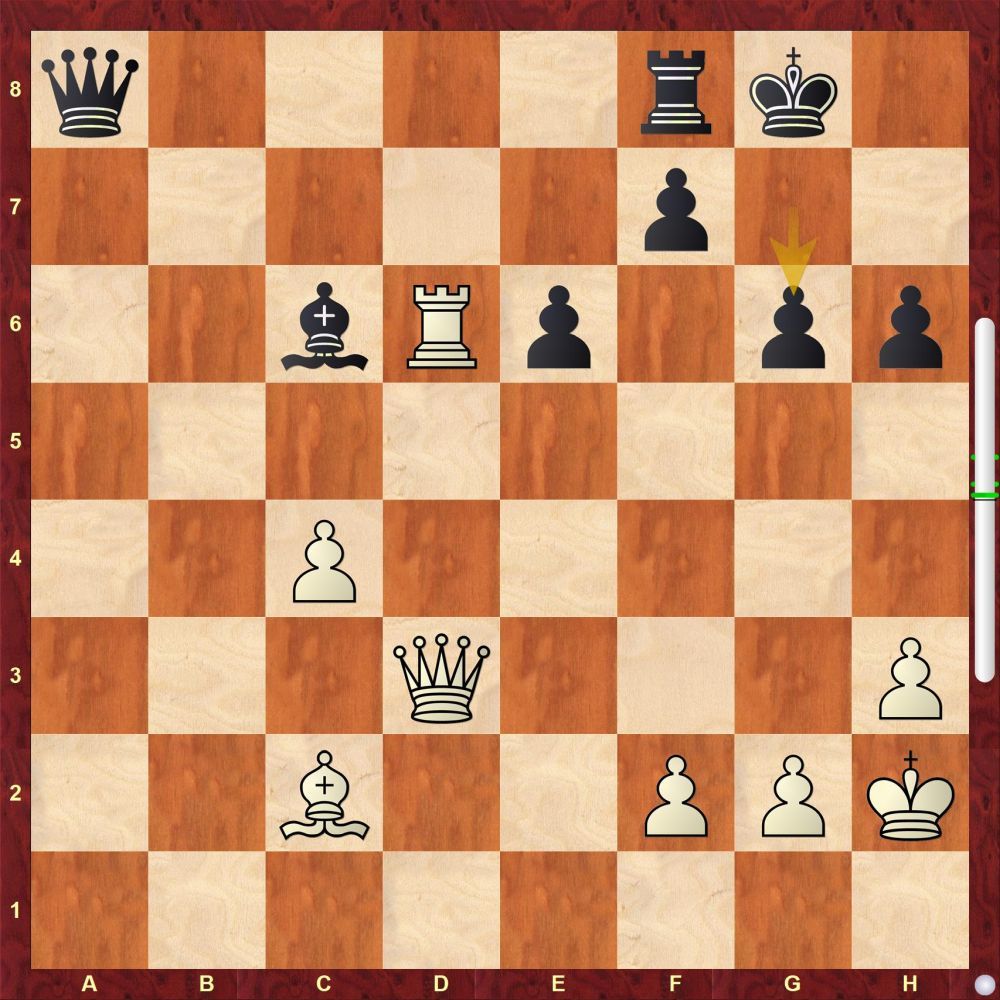 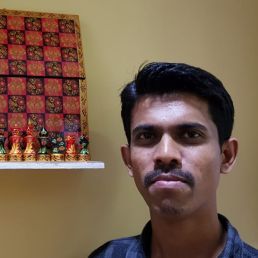 In Semi-Slav, Dipankar decided to give up a pawn in the opening at the cost of his King safety which he managed to regain in the next 8 moves 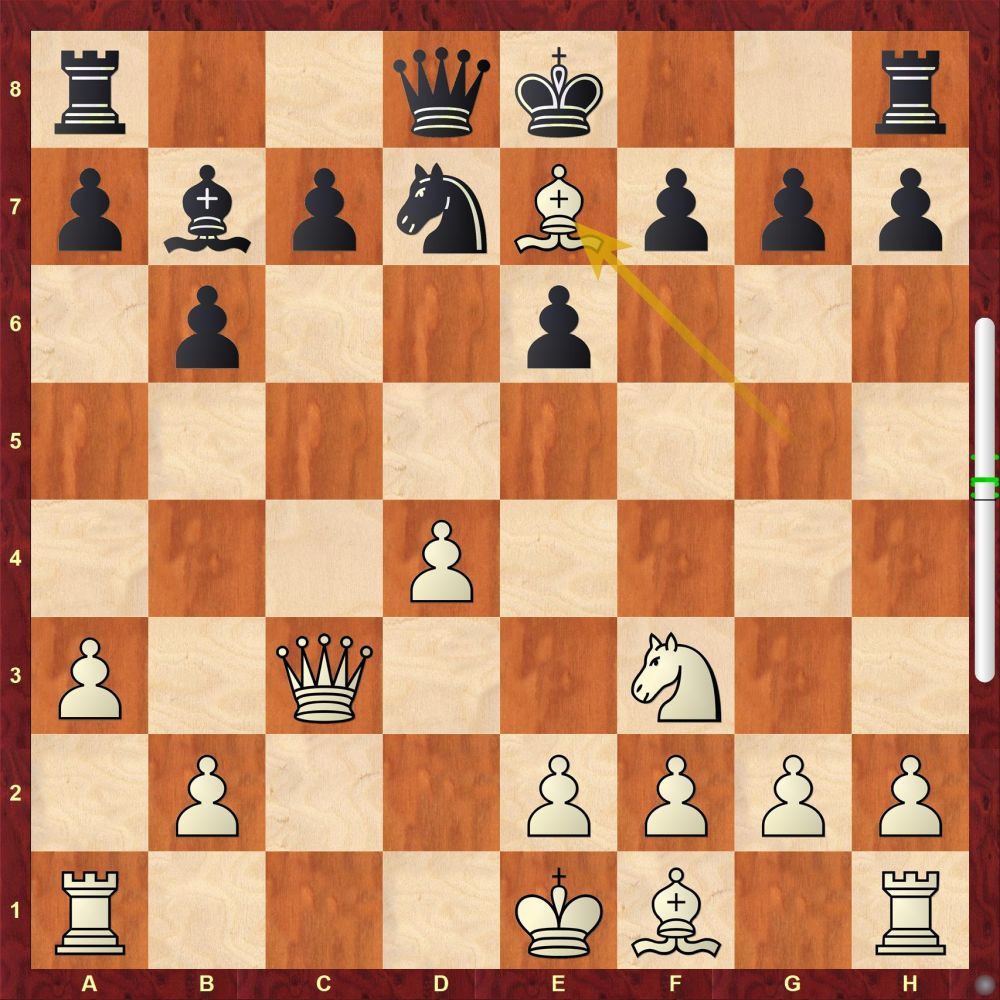 Dipankar went for the safer choice and played 10...Qxe7 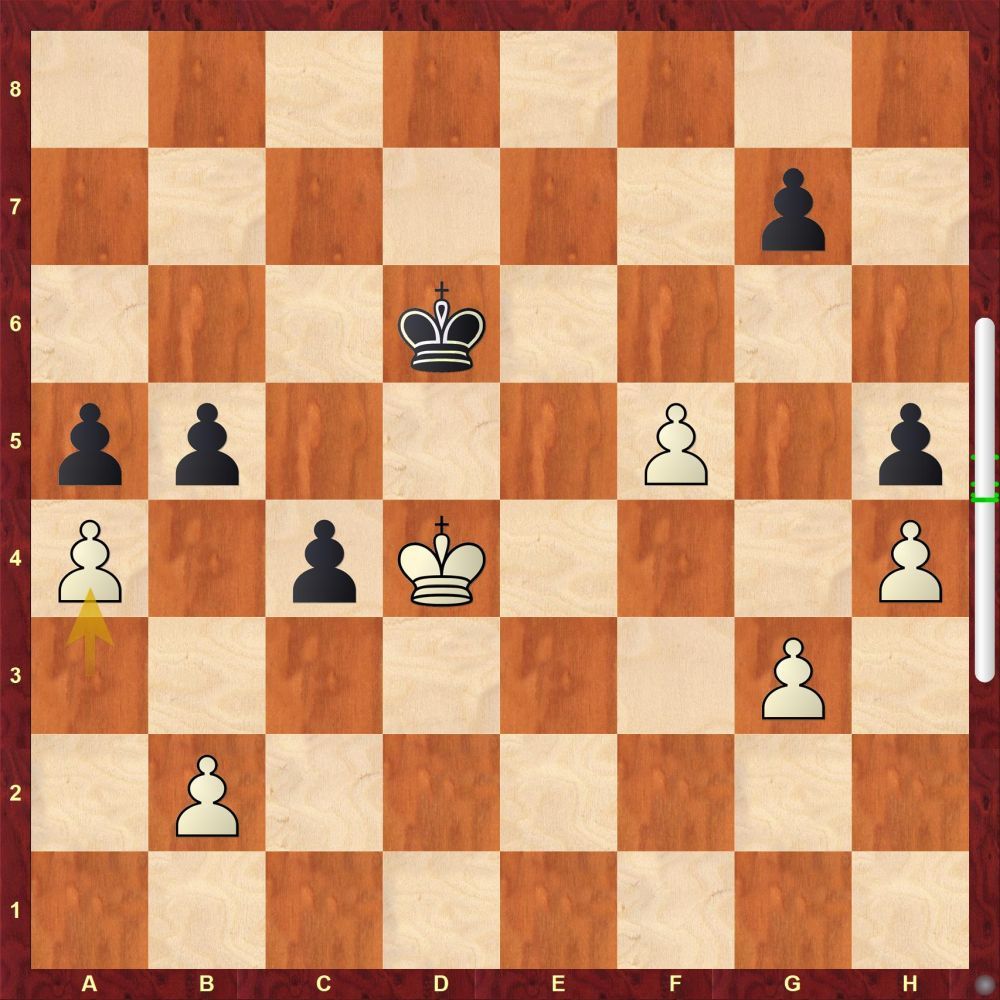 Black blundered here with 37...bxa4. What was the better continuation for Black here? 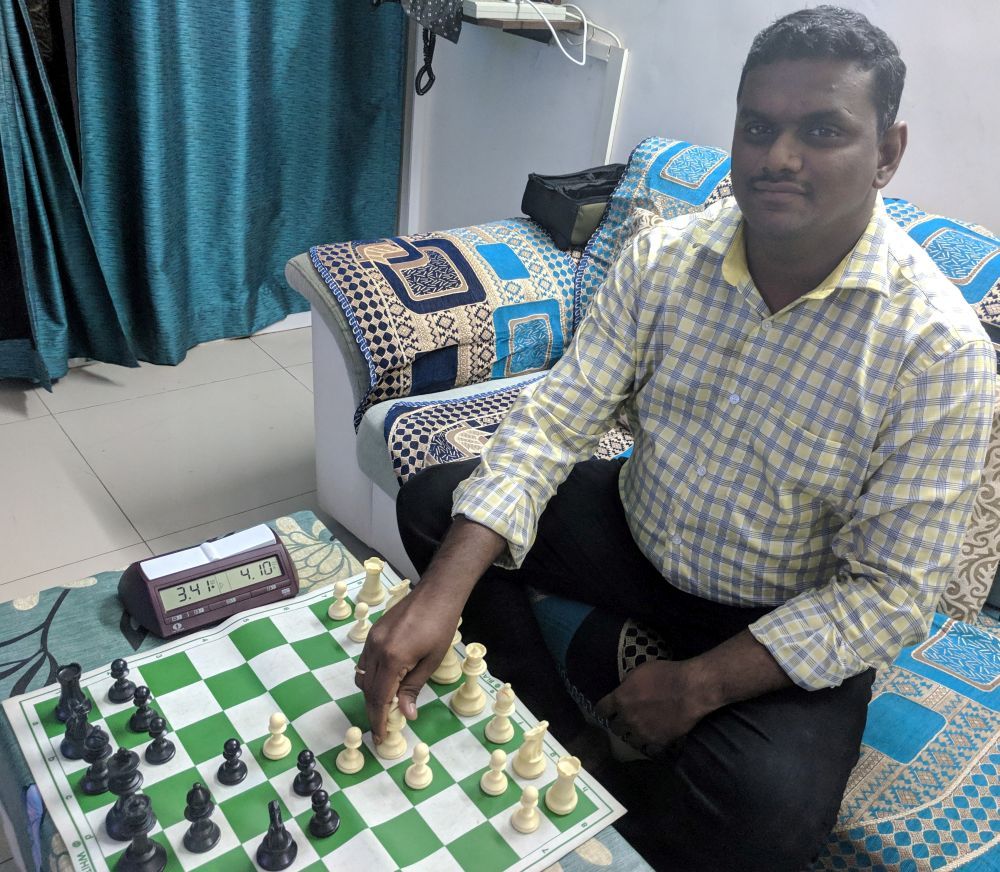 Former district level champion and current HR manager at an IT company, Arunkumar loves the rapid format of the game | Photo: Arunkumar

Arunkumar opted for King's Indian Defence with the Black pieces. However he was unable to launch any substantial attack on the Kingside. The loss of queenside pawns eventually became surmountable.

All players were given an opportunity to talk with GM R R Laxman after everyone finished their matches. Here are the feedback of both Laxman and the players:

"The simul organised by Chessbase India team which got underway on the 24th of November 2018 was a marvellous initiative to propel the quality of Indian chess and take it to the next level .Hats off and best wishes to the entire Chessbase India team for discovering novel ideas to make chess a more popular sport in India. I thoroughly enjoyed the simul. and firmly beleive that the other players too will have similar feelings."

"I would like to thank chessbase India and RR Laxman sir for this wonderful opportunity. The playing conditions were great with no drawbacks. The analysis session with RR Laxman sir was fabulous. The simul was conducted professionally and I am really happy as I could get a draw against RR Laxman sir. I hope chessbase India conducts more simul's against strong GM's."

I am almost a daily follower of Chess Base India blog. When I noticed the SIMUL announcement immediately I have registered. Glad to be part of this Well organized event. Key highlight of event is the on call post game analysis with GM Laxman, when he provided nice analysis on the piece placement, change of pawn structure and weakness was much more valuable. Over all, It was a worth spent time and money. 1 month Chess Base premium extension is an added bonus. I am looking forward to play all future Chess Base India SIMUL events.