The curious case of Vishrut Parekh

At the closing ceremony of the Goa GM International 2018 we interviewed a young boy named Vishrut Parekh, who had finished second in the C category event (below 1600). When his interview was uploaded on YouTube, there were a lot of comments which pointed towards the issue of sandbagging. Sandbagging in chess is the phenomenon where players lose their rating so that they can participate in the below rating category events where the prize money is high and win good amount. Vishrut's case is very transparent as he beats 1500 opponents on a regular basis in important events while loses to 1100 rated oppositions in less important tournaments. With this article we are bringing forth this issue and ask our readers for a solution to this growing problem.

At the closing ceremony of the Goa GM International 2018 I stood there with a microphone and my Samsung note 8. I wanted to interview the winners and know about their success stories. Of course the main focus was on the winners of the A-section. I had already interviewed GM Pouya Idani (the winner), Levon Babujian (2nd place) didn't speak great English, and Deepan (3rd place) had assured me that he would give me an interview in few minutes. I then turned my attention to the winners of the C-category (below 1600). Their events are filled with great tension as a lot of players are vying for the prize money. I looked around for the winner Benny Shibin (1516) from Kerala. But he had already left. Hence, I went to the second placed player Vishrut Parekh. 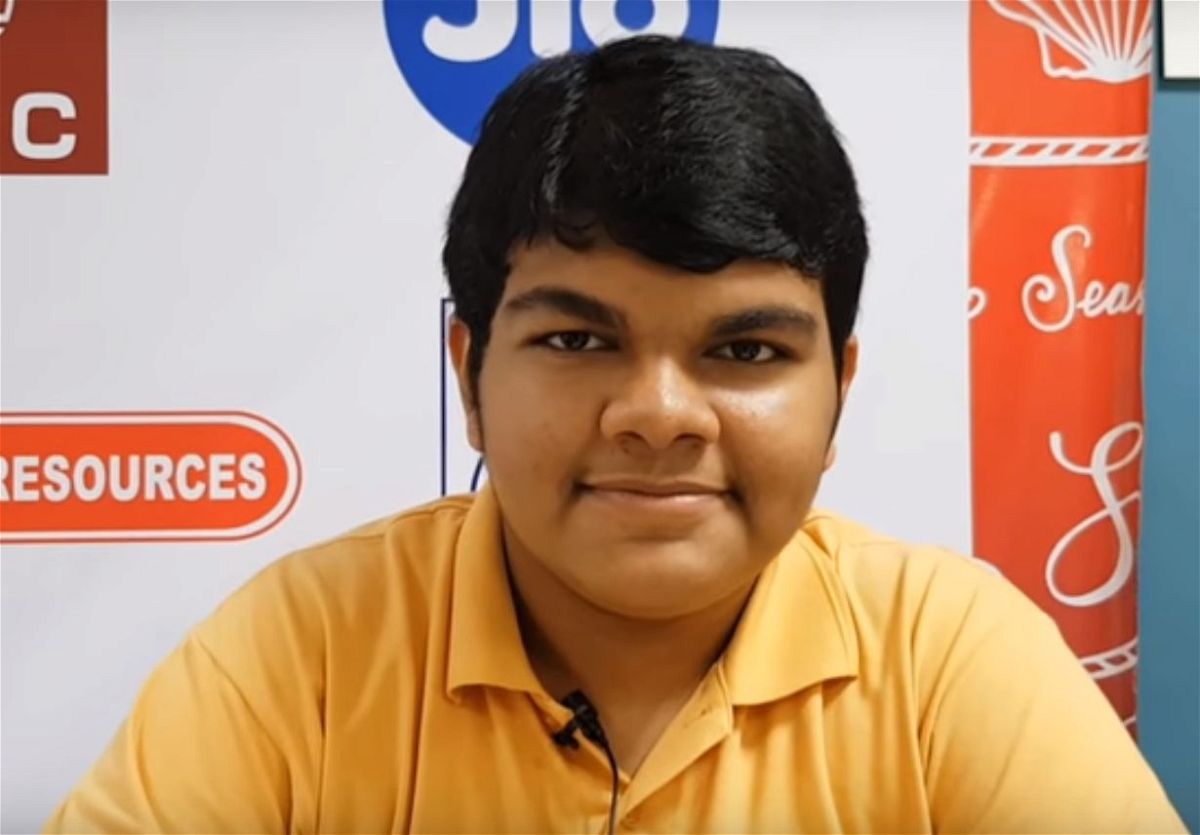 Vishrut Parekh from Bhavnagar, Gujarat who had won the second prize of Rs.1,00,000
Vishrut Parekh's interview after he finished second at the Goa GM International 2019 in C-category in which he had gained 237 points

Vishrut's level of play can be gauged from the video above. A background check of his results on FIDE reveals the following: 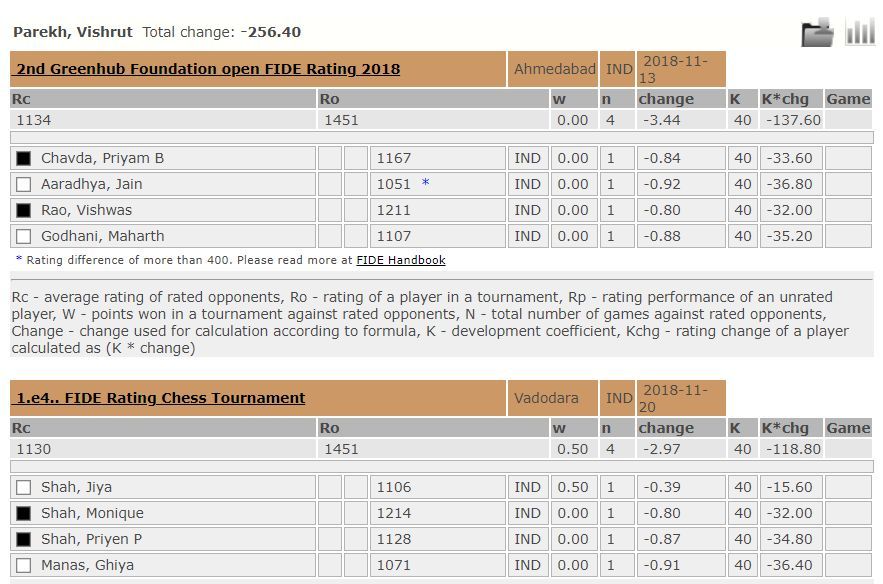 But immediately after that he ensured that he lost all the rating he had gained in two tournaments in Gujarat. This happened in November

Now Vishrut had the chance to win the biggest prize money of his career if he played well at the Delhi GM Open 2019. With a rating of 1195 he began as the 724th seed in the C-category. He played excellently and gained 212 Elo points as expected. Being undefeated is a great feat. Yet at the same time a draw too many gave Vishrut the 10th place. A pretty disappointing finish for the lad as he won only Rs.30,000 instead of the top prize of Rs.3,00,000 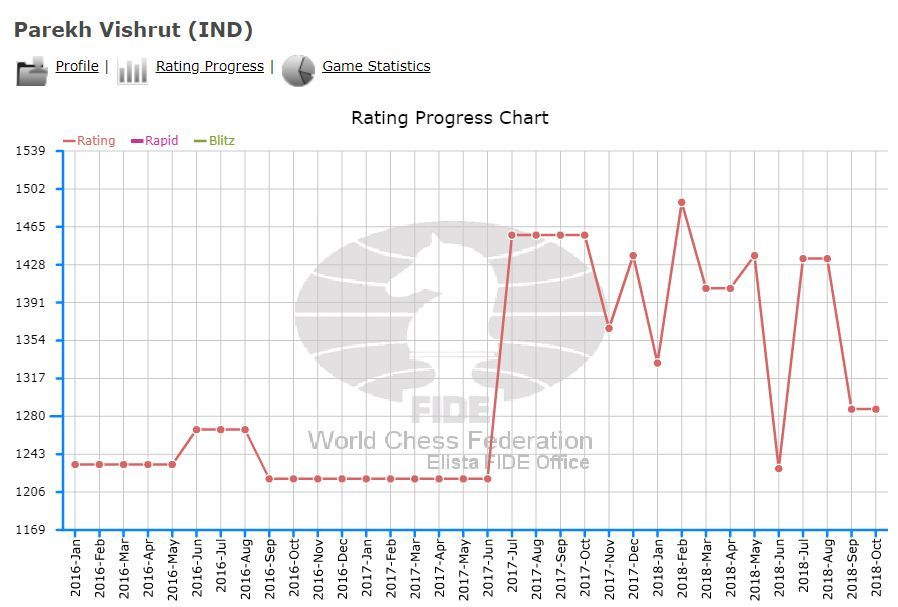 It is pretty apparent from Vishrut's case that he has found a loophole in the system and is ensuring that his rating remains below 1600 so that he can participate in the C-category events of Indian chess and make quite some money out of it. I am pretty sure that he is not the only one doing this. There must be many more who lose their rating in inconsequential events so that they are ready for the Delhi, Gujarat, Goa and other rating category events which have extremely high prize money. The organizers wish to continue holding such events because the quantum of players below the rating of 1600 in Indian chess is pretty high and the inflow of money through entry fees is pretty high. At the same time it is extremely difficult to stop this issue of sandbagging. What is your suggestion for the same?