Goa GM 2018 Round 8: An Iranian, an Ukrainian and an Armenian

Going into the last two rounds of the 1st Goa GM International 2018 we have three leaders with 7.0/8 points. Idani Pouya of Iran beat Ankit Gajwa, Valeriy Neverov played an absolute gem to beat his country mate Vitaly Bernadskiy and Levon Babujian managed to beat Ivan Popov. Following these three GMs are six players on 6.5/8. They include Deepan Chakkravarthy, Raahul VS, Karthik Venkatraman, Sayantan Das, Vitaly Sivuk and Sergey Kasparov. Although an Indian is not in the lead, four of them are half point shy of the leader and have excellent chances of overtaking them if they do well in the last round. An illustrated round 8 report from Goa. 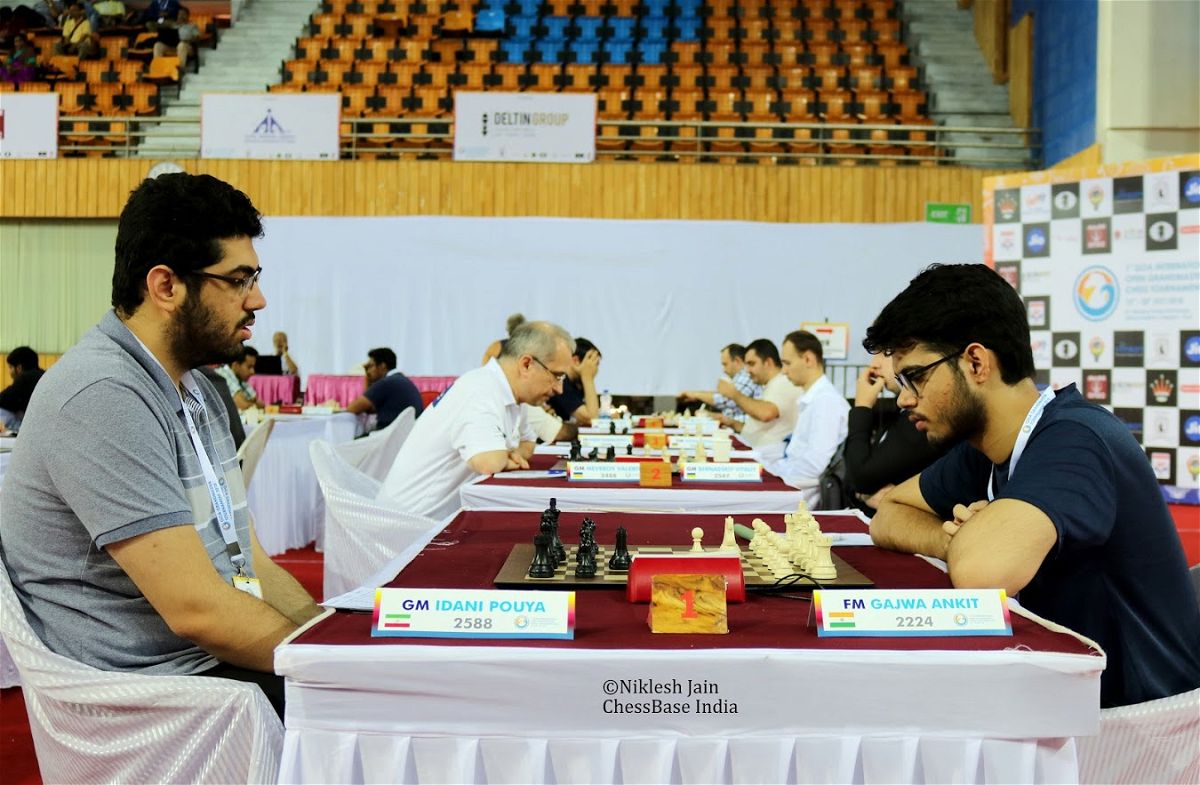 Idani Pouya put Ankit Gajwa's scintillating run to a halt by beating him with the black pieces in Pirc | Photo: Niklesh Jain

The game was better for Pouya throughout, but towards the end when it started to get even, Ankit blundered and the game was all over. 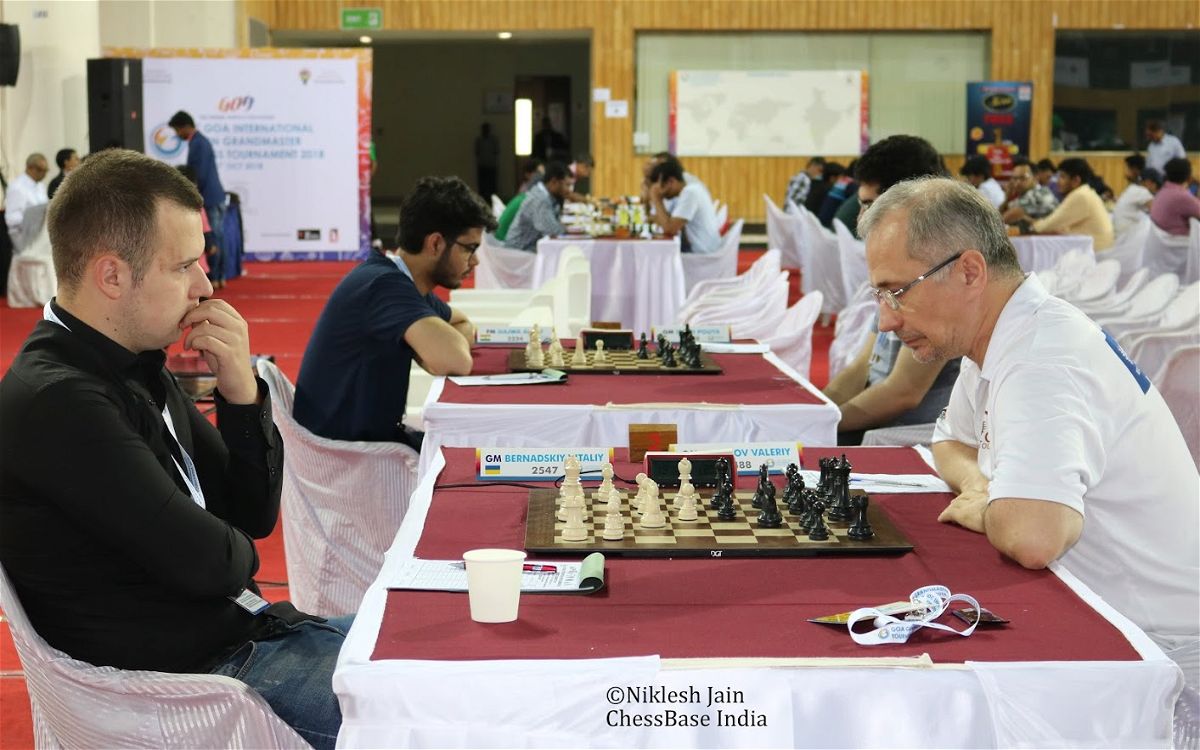 Valeriy Neverov was surely the player of the day as he showcased some great accuracy to beat his country mate Vitaliy Bernadskiy. It was also very nice to see both of them fighting against each other and not agreeing a draw! | Photo: Niklesh Jain 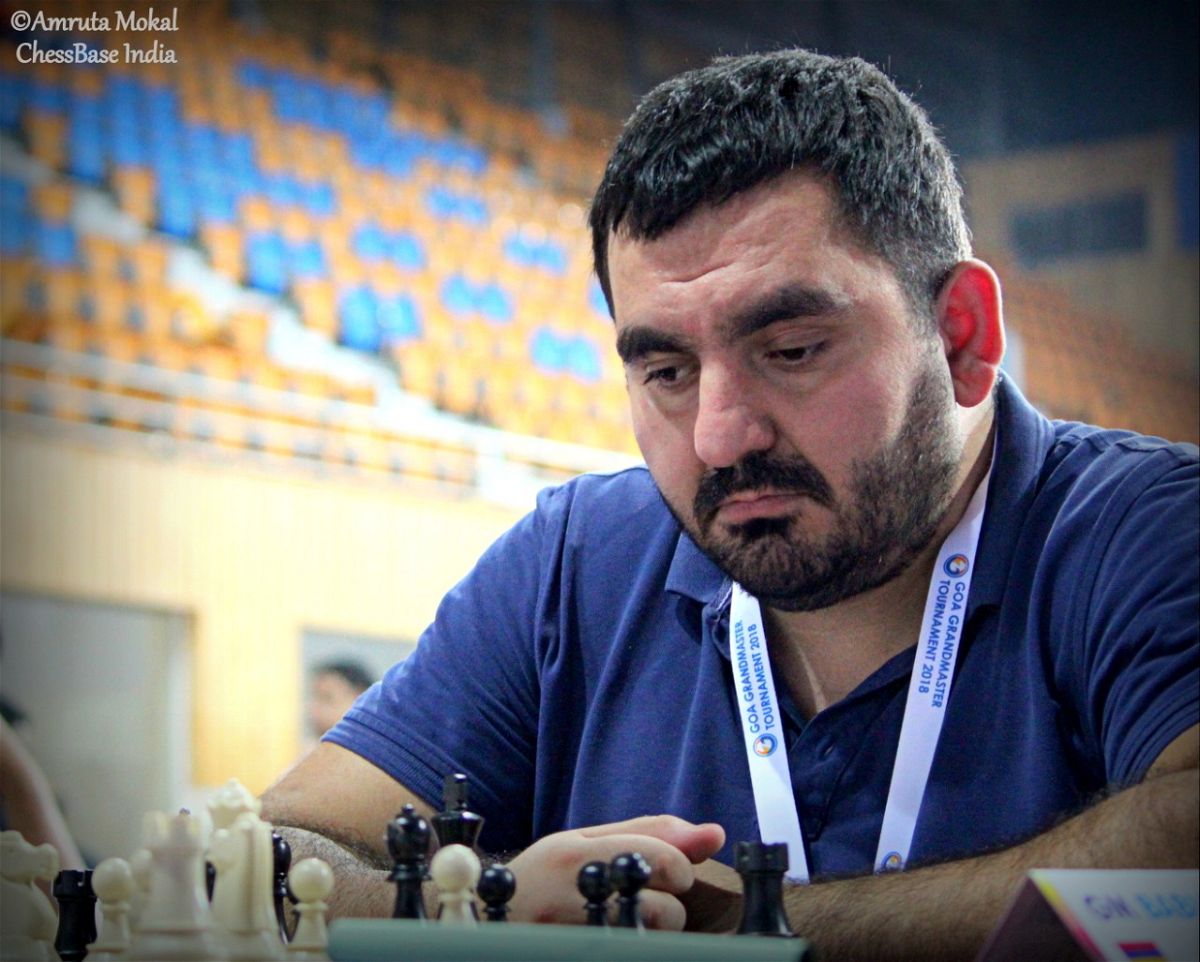 Levon Babujian didn't play the most accurate game of his life, but to beat Ivan Popov is never easy! | Photo: Niklesh Jain 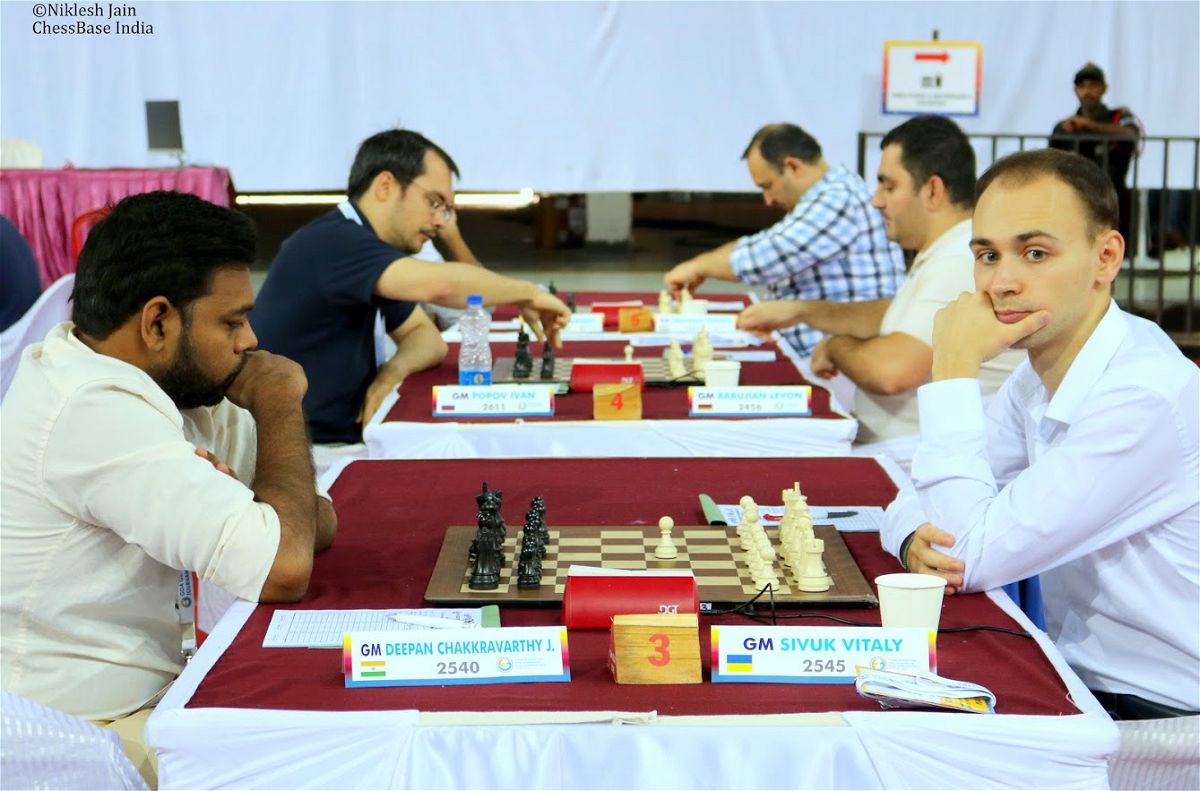 The game between Sivuk and Deepan ended in a draw | Photo: Niklesh Jain 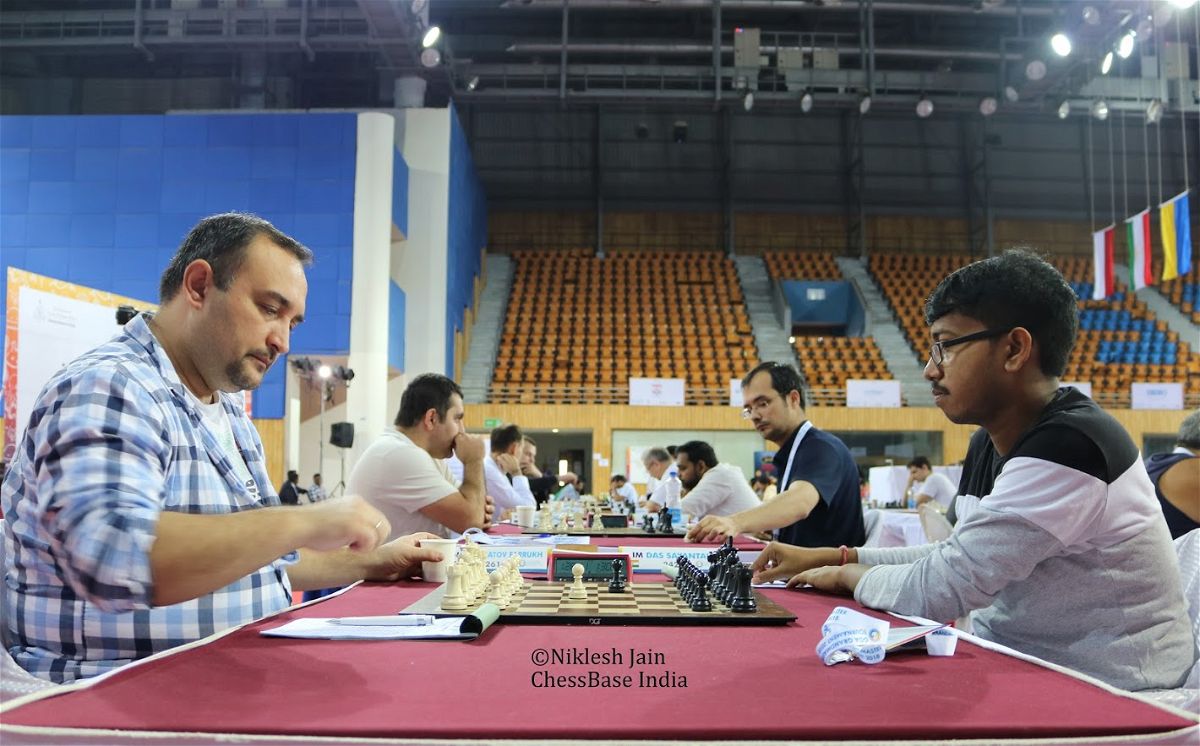 A big upset of the day was Sayantan Das, who after a pretty lacklustre opening, suddenly got the better of Farrukh Amonatov, when the latter blundered! | Photo: Niklesh Jain

Amonatov was just not himself in the game. After blundering a pawn in the opening and playing a pawn down position for most of the game, he got his chance to draw the game with a perpetual, but in an equal position he went for the win and instead lost the game. 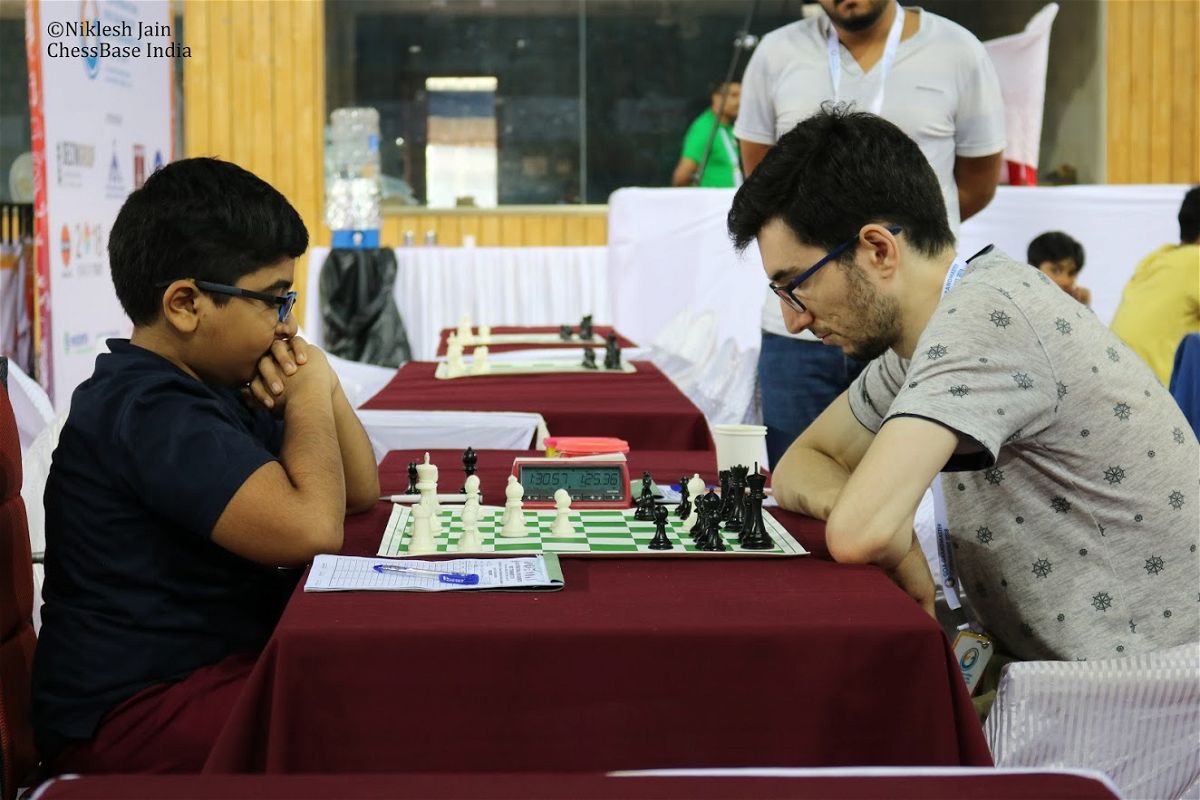 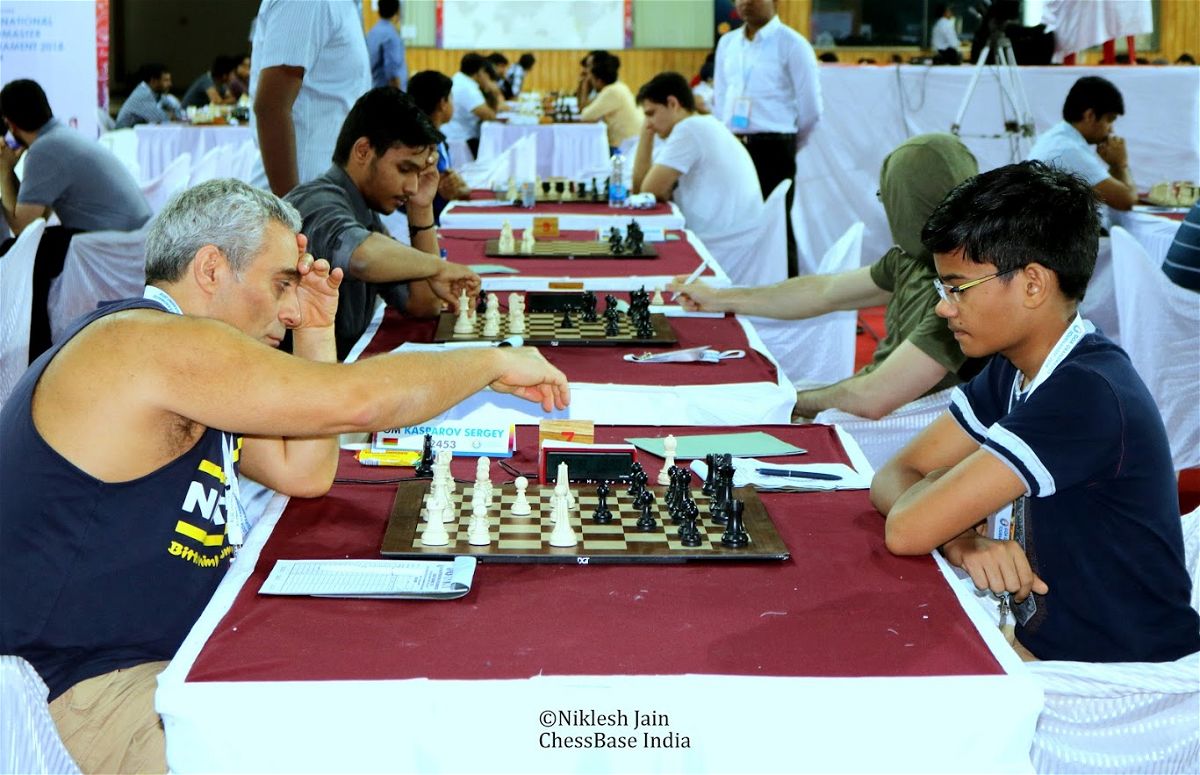 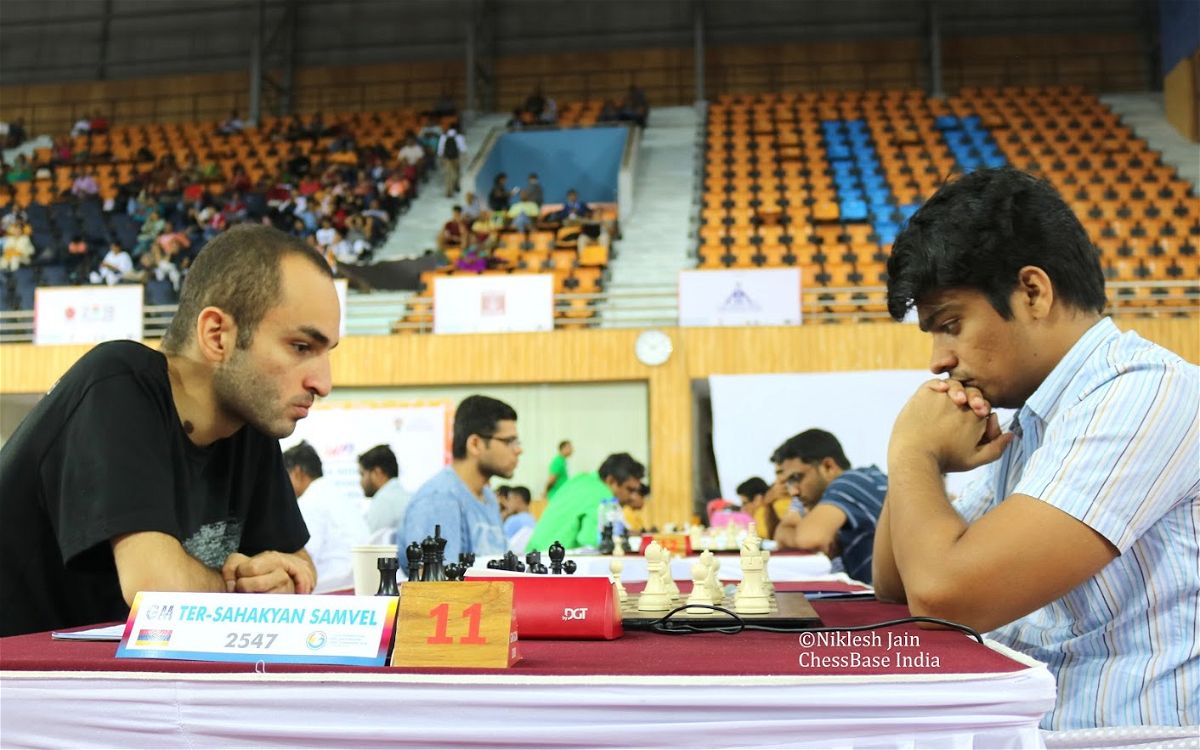 Samvel Ter-Sahakyan was back to his winning ways after losing the last two rounds! | Photo: Niklesh Jain 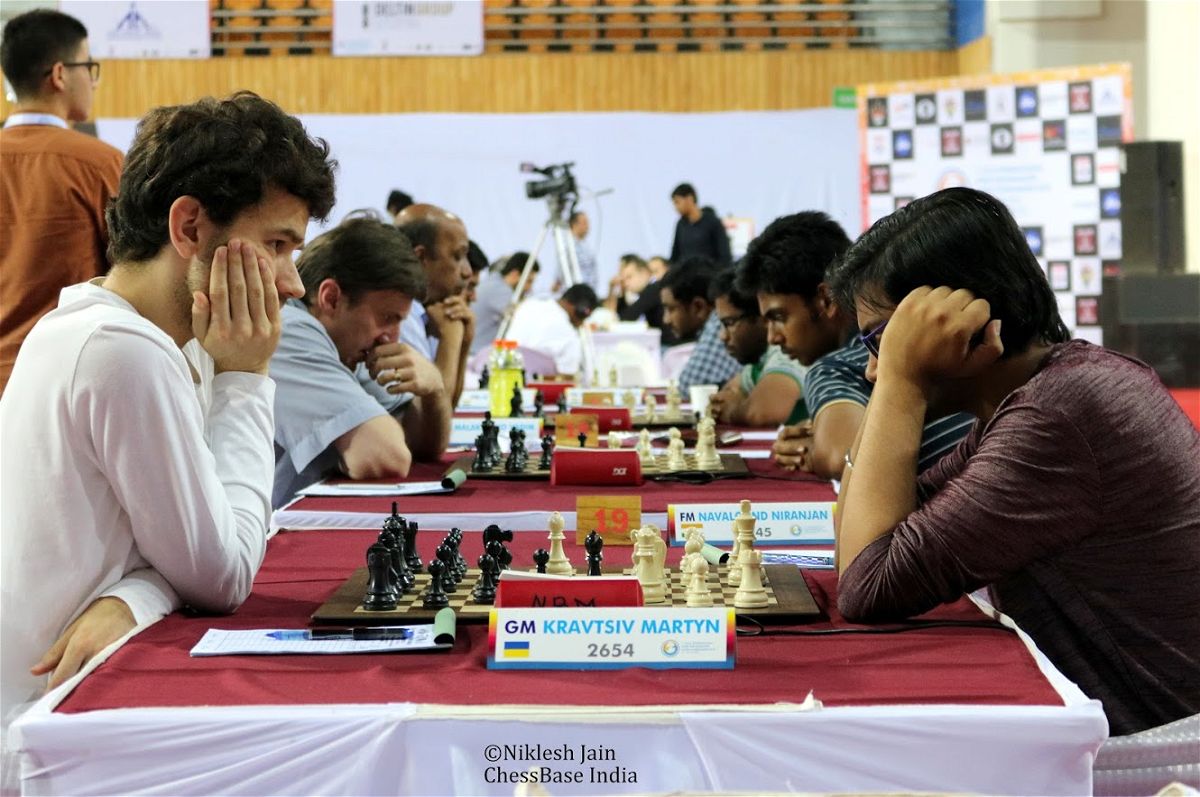 And so was Martyn Kravtsiv! | Photo: Niklesh Jain
Raahul VS analyzes his win against Rafael Bakunts 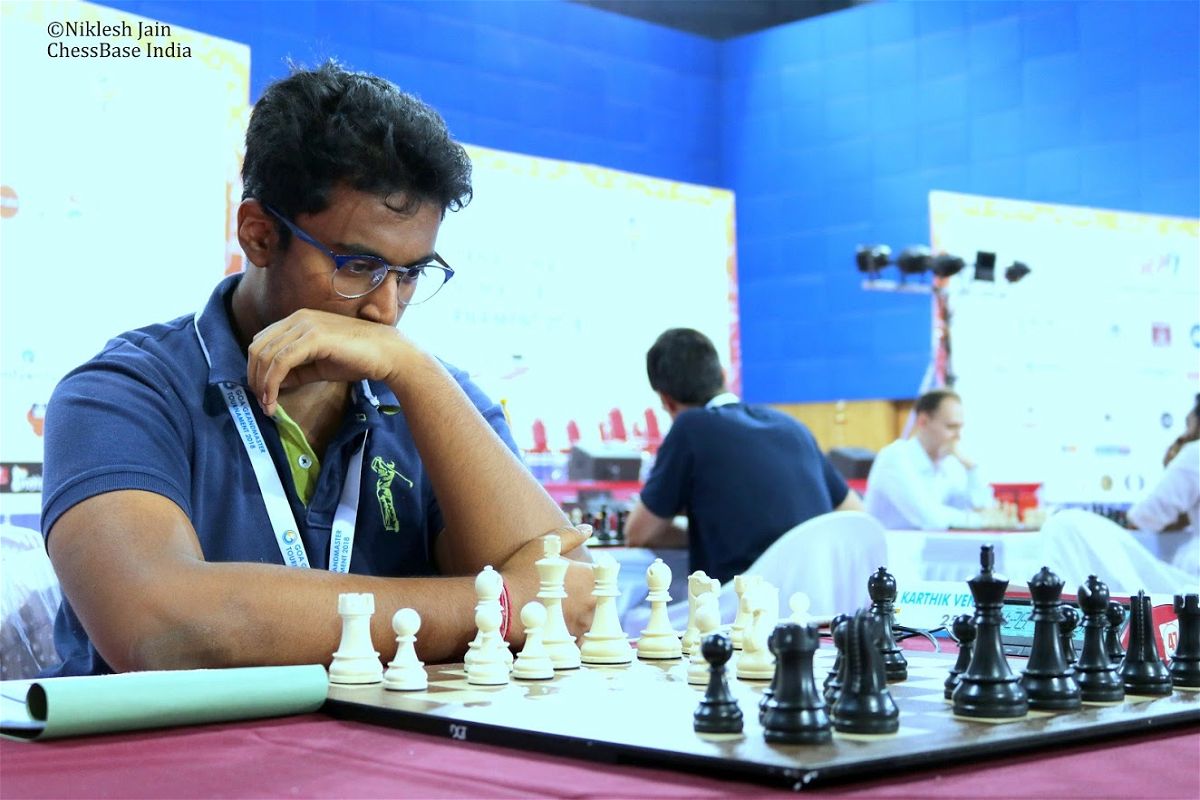 Karthik Venkatraman has recovered well in the tournament and with a win over Himal Gusain has reached 6.5/8 | Photo: Niklesh Jain