Indian chess is blessed with a lot of talented youngsters. We have Nihal Sarin, Praggnanandhaa, Gukesh, Raunak Sadhwani, Prithu Gupta, Sreeshwan, Aditya Mittal and many more. But what about the girls? Well, Divya Deshmukh, born in 2005, is a big talent, who has crossed the Elo barrier of 2400. But who else? Vaishali, Akanksha, Tejaswini are all 17-18 years old. But there are two girls who are making it big and both of them are just 12 years old. Born in 2007, one of them is Savitha Shri from Chennai rated 2057 and the other is Sahithi Varshini from Visakhapatnam rated 2056. In this article we tell you more about Sahithi who has gained 852 Elo points in her last eleven tournaments.

For her age Sahithi Varshini plays very few tournaments. But whenever she plays, she gives it her all. That's the reason why in the last two and a half years she has managed to go from 1204 on the Elo scale to 2056 in just 11 tournaments! 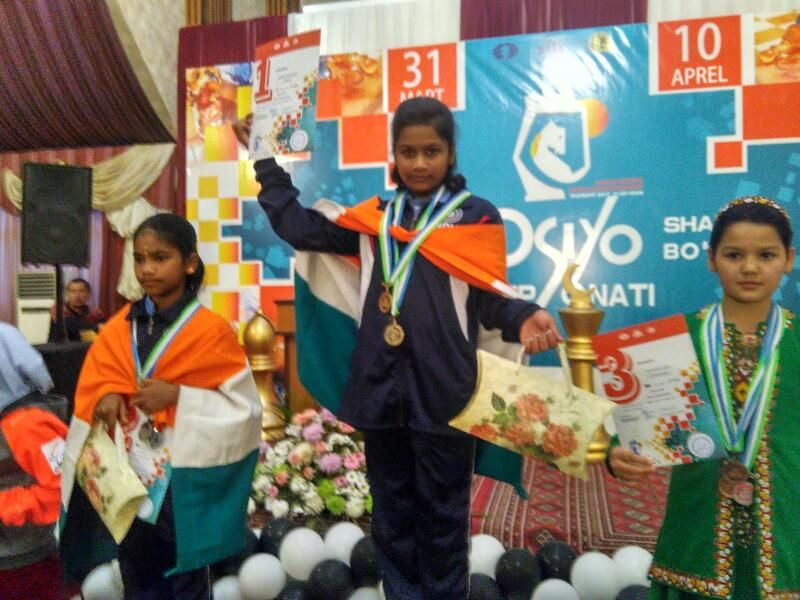 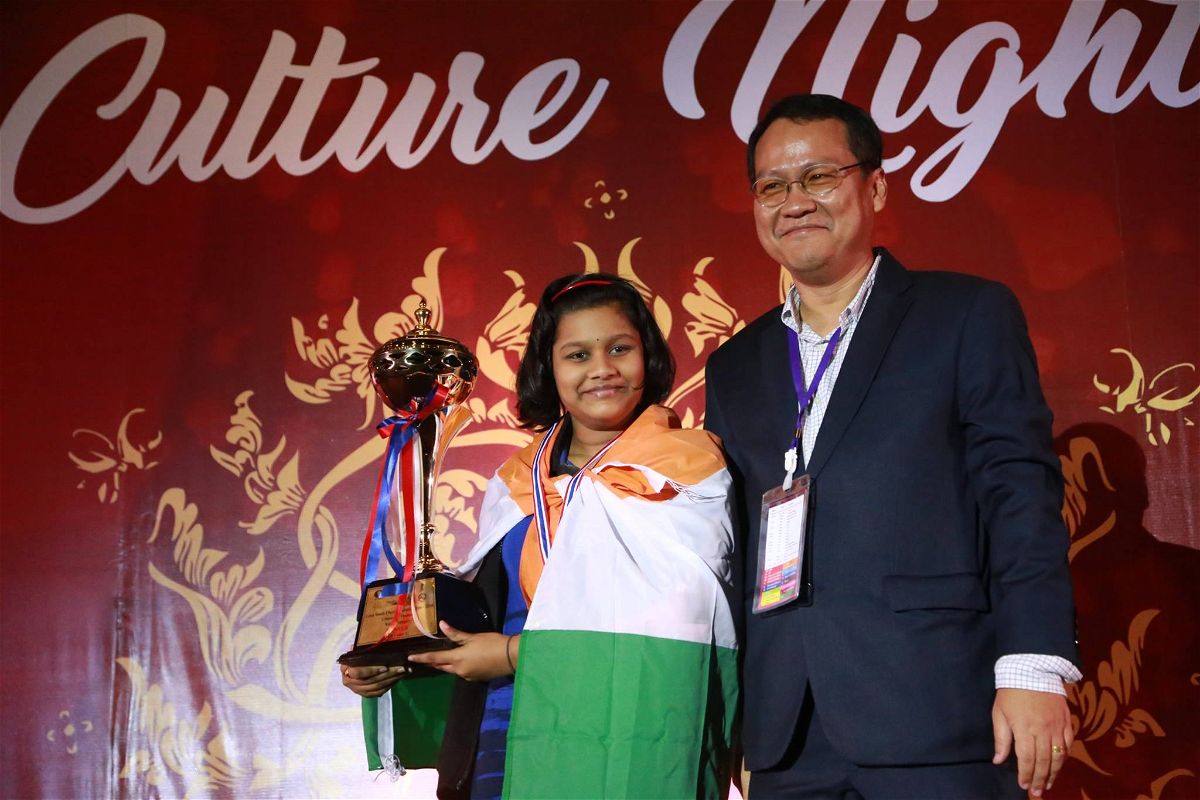 Here is a look at some of Sahithi's performance in the recent months: 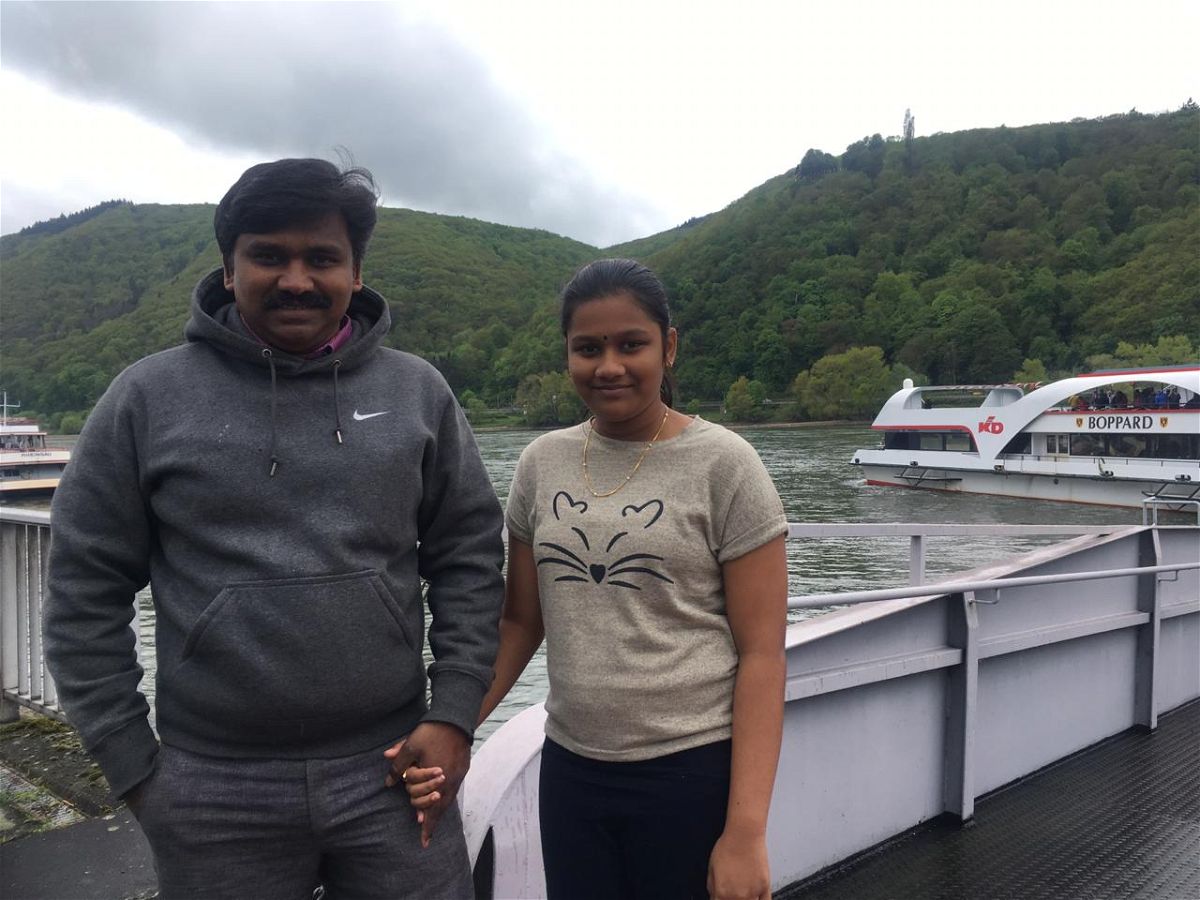 Sahithi with her father Lokesh in Germany for the Grenke Open 2019! 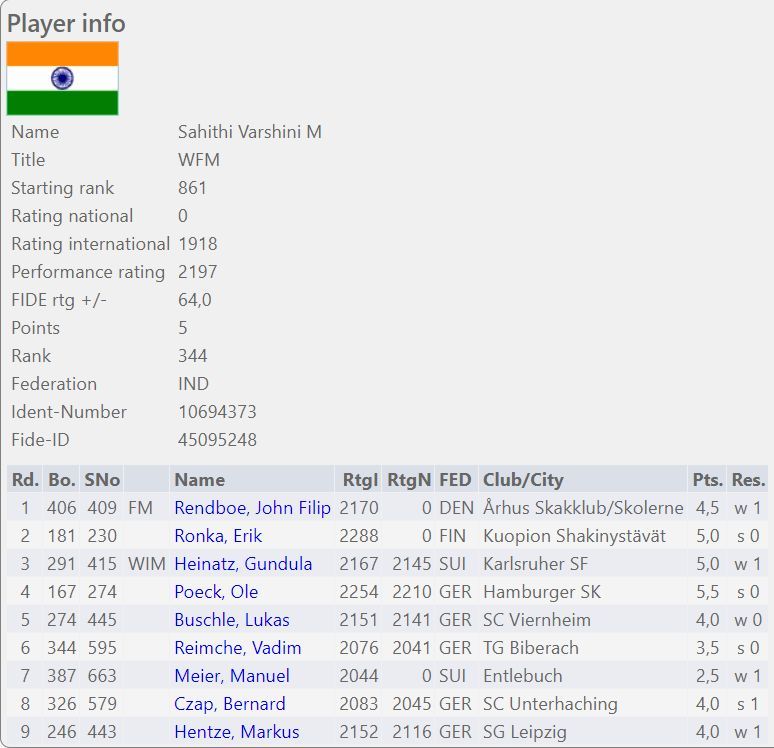 At the Grenke Chess 2019 Sahithi gained 128 Elo points (Note the k-factor above is considered as 20 and hence the rating gain is only showed as 64. Her actual k-factor is 128) 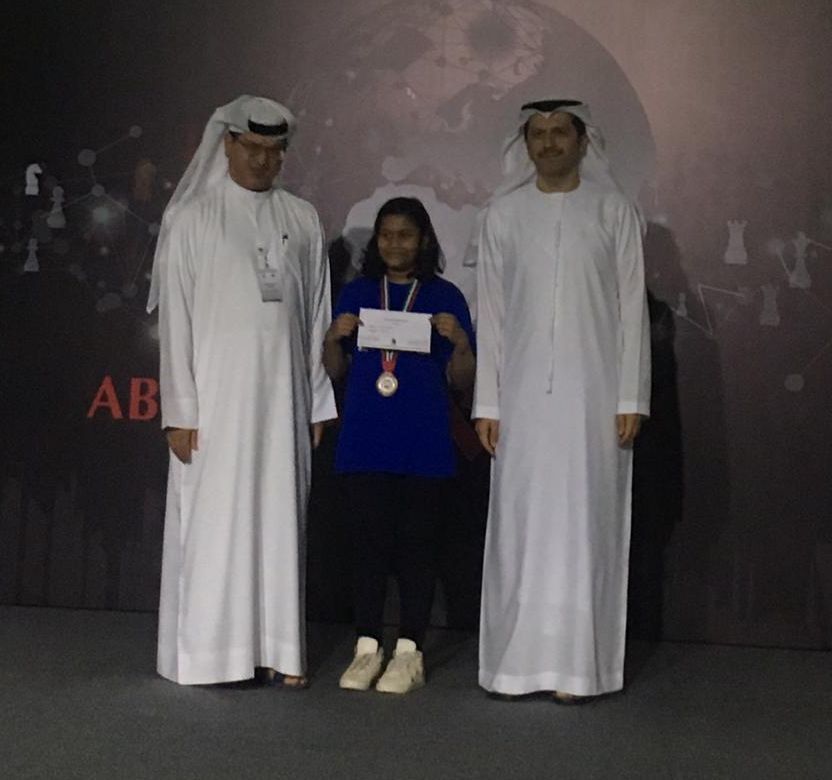 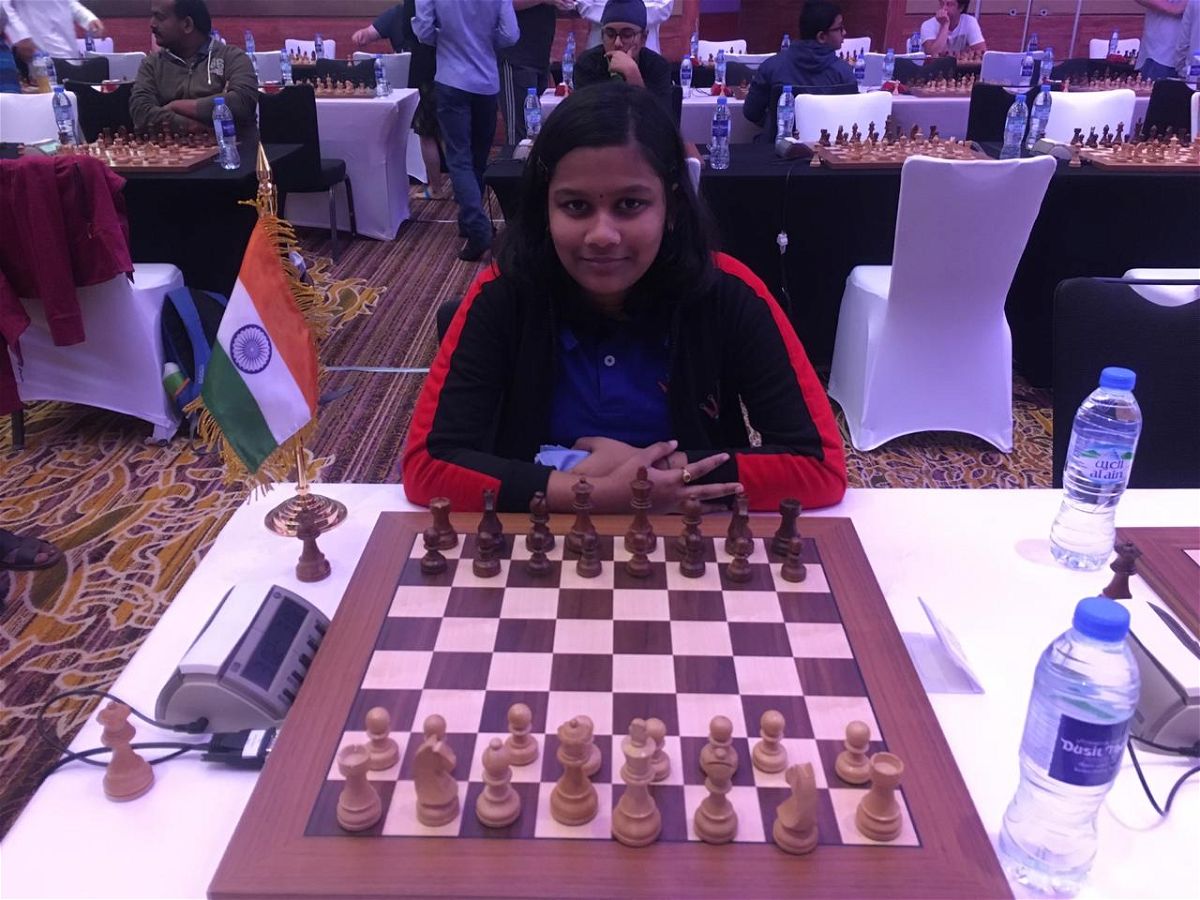 How does Sahithi manage to play so consistently? In 2018 we did a detailed interview with Sahithi's father Lokesh, who is also her trainer and in the 20 minute interview Lokesh talks about the technique of how he works with his daughter and ensures her improvement in chess. 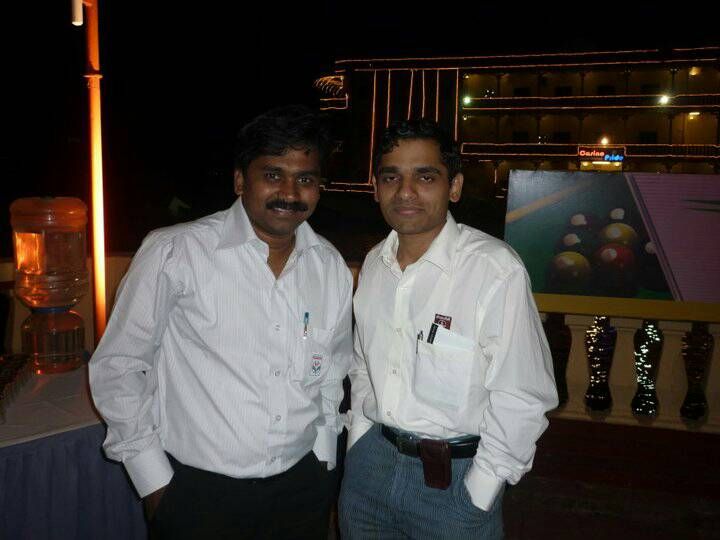 Here's one of Sahithi's favourite game at the Grenke Chess 2019 annotated by her father. Speaking to ChessBase India Lokesh said, "Though there are no brilliancies and no tactics, Sahithi displayed great amount of tenacity to test her opponent with precise play and good manoevouring of pieces. This game is quite different to her usual style of sacrifices and inviting combinations."

Before we come to an end we would like to show you one game where Sahithi's free flowing style of play is quite apparent: 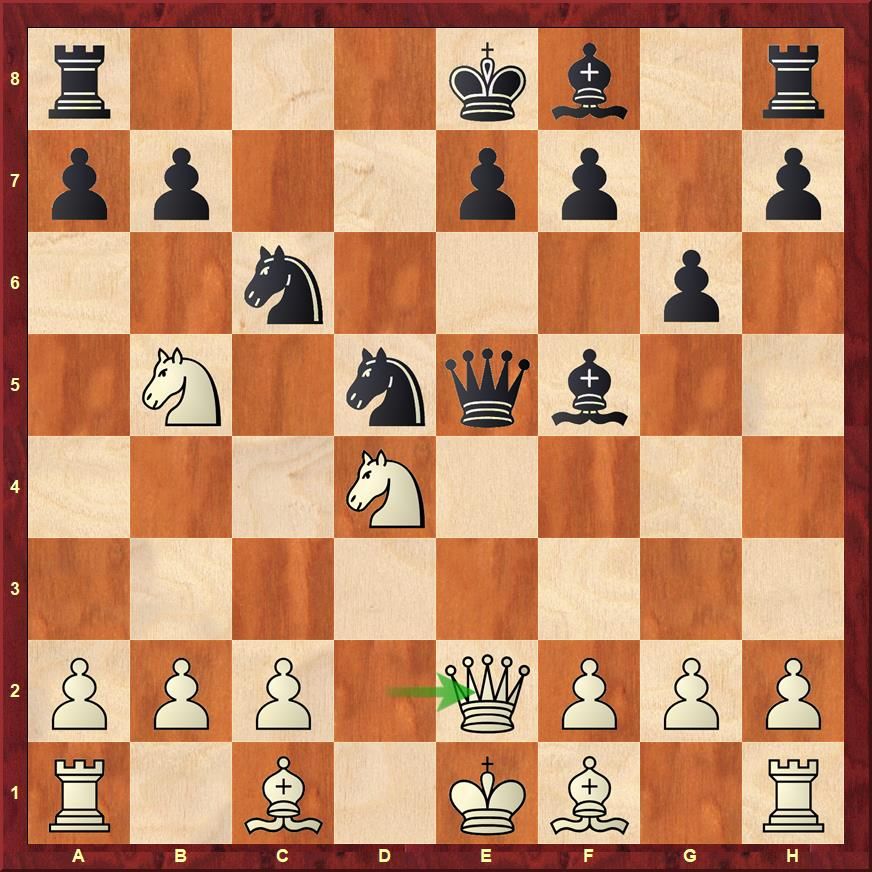 Here's the story behind the position: Popular trainer and author Jacob Aagaard visited the Asian Youth in Thailand on the penultimate day. When he was in the premises, a middle aged man approached him and said, "Sir, I would very much like to show you a game played by my daughter today." Jacob was amused. He would usually get parents coming upto him and ask about improvement techniques, or which books to study or how to balance academics and chess! This was something different. He asked the man to show the game. Lokesh (Sahithi's father) made the initial moves and we reached the above position. Said Lokesh, "Sir, do you know what my daughter played here? She took on d4 with her queen and sacrificed his queen for two knights." Aagaard has seen many sacrifices in his life to know which ones are easy and which are truly special. This was one was the latter. He looked at the entire game and was thoroughly impressed. Later in the day, while I was chatting with Jacob, he mentioned about the game. "Tremendous queen sacrifice" was Jacob's assessment. Let's have a look at the entire game: 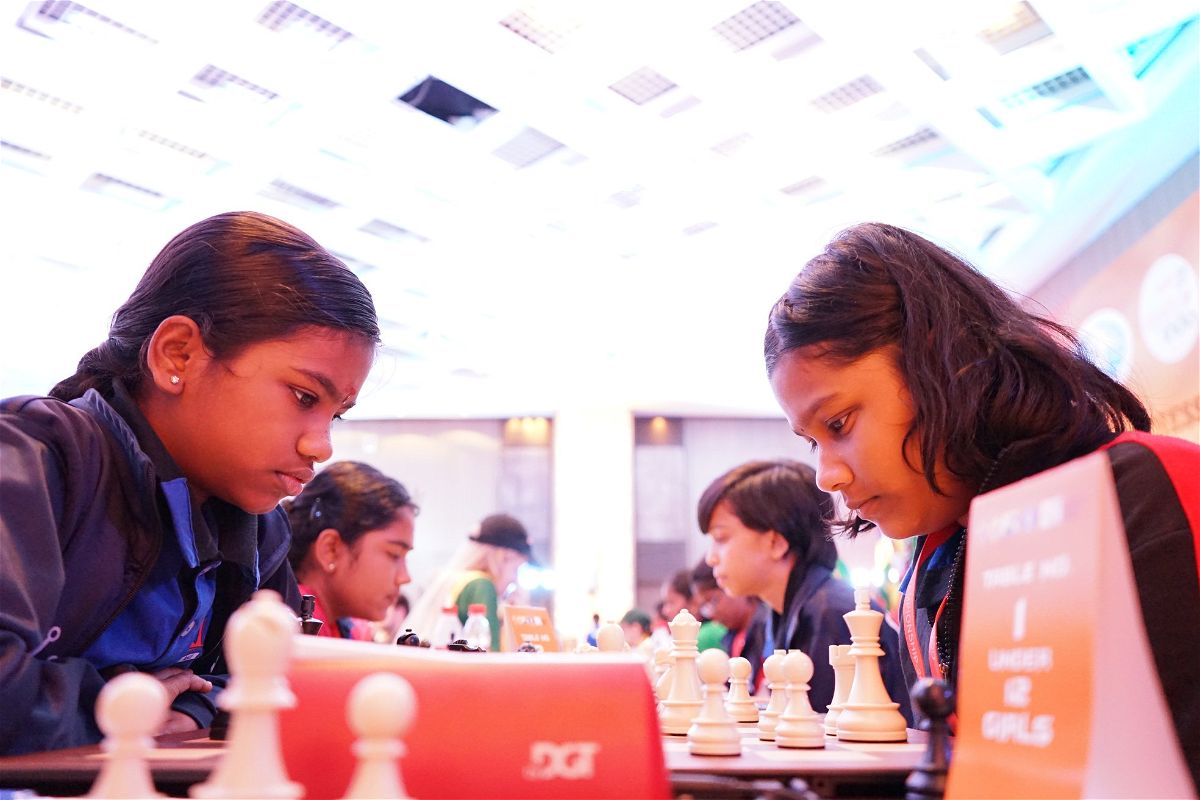 No.1 and 2 in India chess for girls under-12. Left - Savitha Shri and right - Sahithi Varshini | Photo: Amruta Mokal 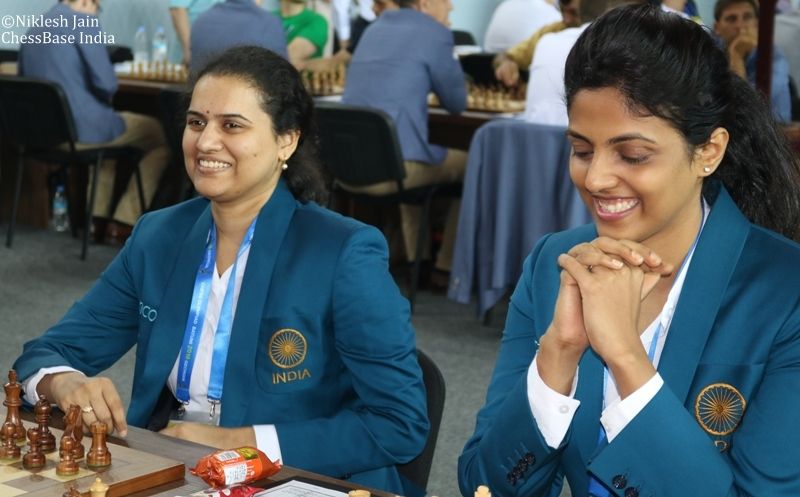 Just like Humpy and Harika have made the world take note of Indian women's chess over the years, we have a feeling that within a few years Sahithi and Savitha will also be right up there with the best in women's chess! | Photo: Niklesh Jain

In the footsteps of Humpy and Harika - Sahithi Varshini