Bhakti has done it! She has won the 46th edition of National Women's Championship 2019 with one round to spare. This is her second National title in a row! She dominated the field with a stupendous score of 9.5/10, achieving a rating performance of 2620 and gaining 42 Elo points in the process! In the tenth round she was up against Priyanka K of Tamil Nadu with the Black pieces. The game started off with a fianchetto Ruy Lopez which Bhakti masterfully steered into an opposite coloured bishop ending but as the title of this article suggests, ending of opposite coloured bishops is by no means synonymous to draw! In other boards, Vantika Agrawal and Divya Deshmukh won their respective games against Mary Ann Gomes and Michelle Catherina; while top seed Soumya Swaminathan and legendary IM Vijayalakshmi Subbaraman were handed shock defeats by Bala Kannamma P and Mrudul Dehankar respectively.

Not all opposite coloured bishop endings are drawn! 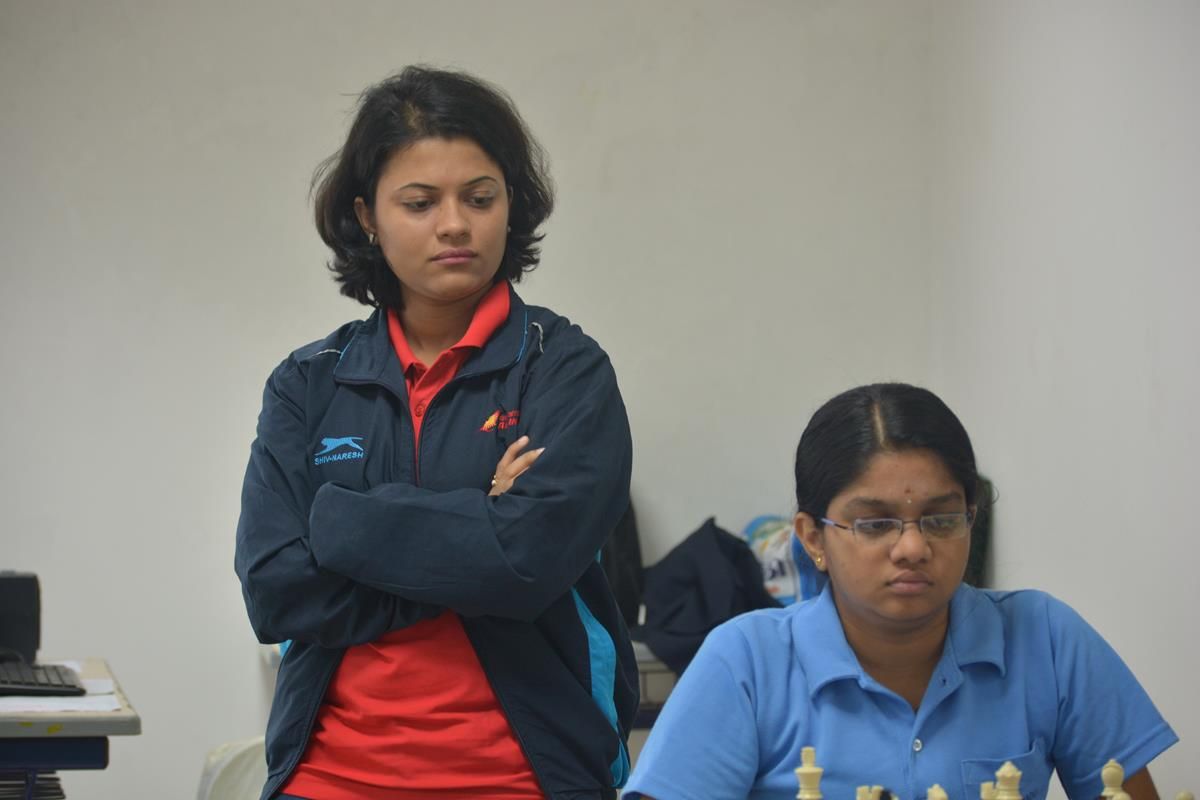 Everything has worked out like a dream for Bhakti in this tournament. Even the opposite coloured bishop ending she reached today was winning for her! | Photo: IA Gopakumar Sudhakaran

Going into the tenth round of the event Bhakti kept up her rampageous performance to outplay Priyanka K in a sublime positional style. It was the fianchetto variation of the Ruy Lopez where the latter with the white pieces weakened her central dark squares early on in the game. Bhakti soon found the opportunity to trade off one of her knights against her opponent's important dark-squared bishop and not long after an opposite coloured bishop ending was reached. Time to see the highlights. 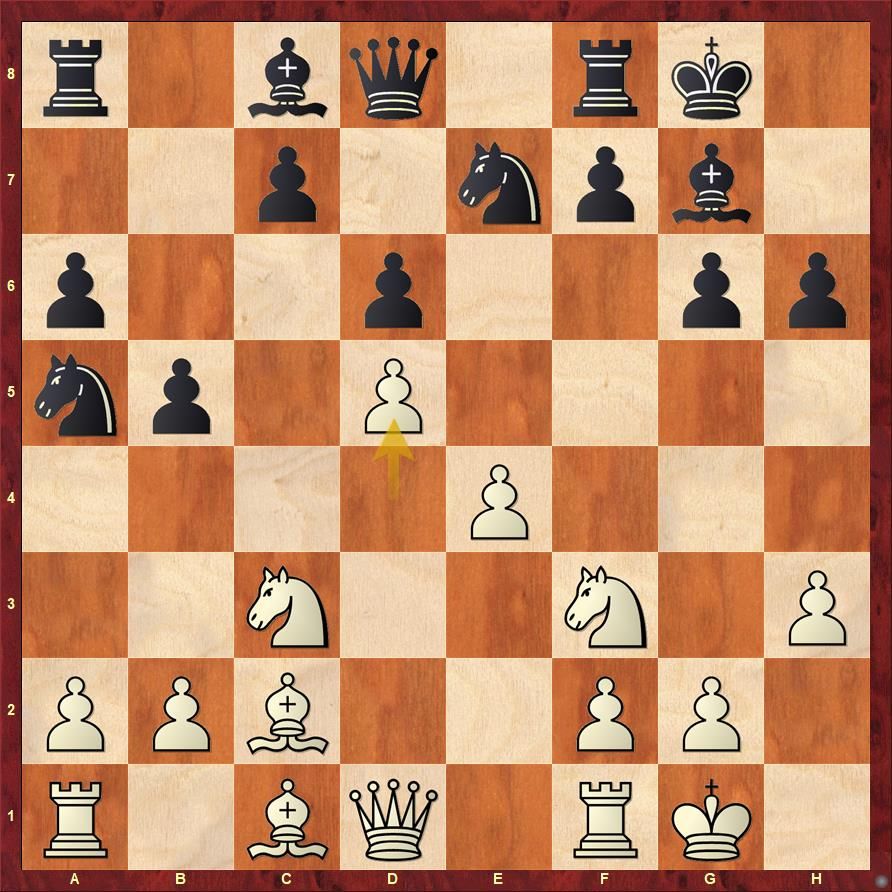 Position after 13.d5: White commits her pawns to the light squares in the center. In such kind of positions it is very important to keep a close watch on the consequently weakened dark squares. 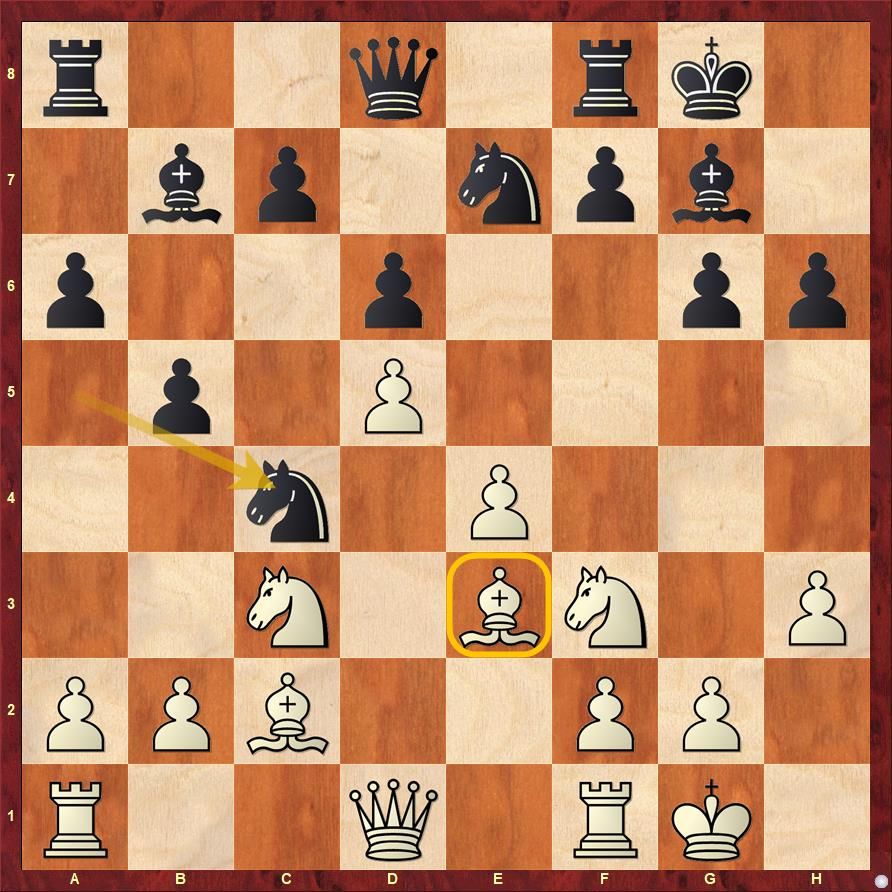 Position after 14...Nc4: Black would certainly want to have the e3 bishop off the board after which her bishop on g7 will rule along the h8-a1 diagonal unrivalled. 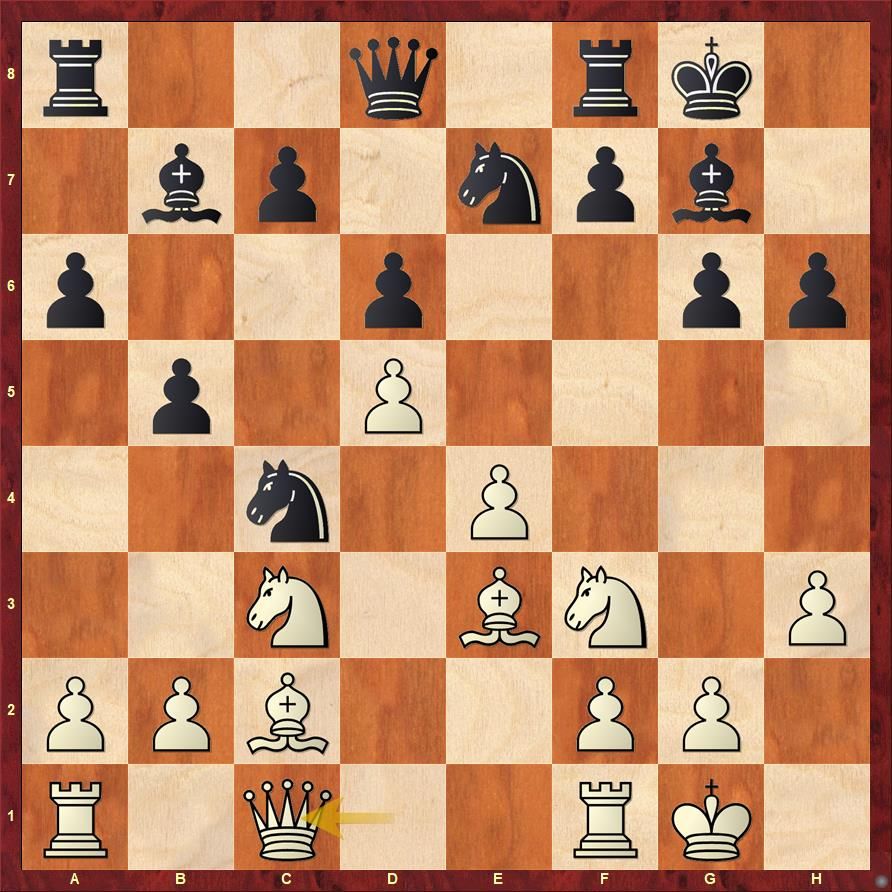 White played 15.Qc1 in response and this immediately allowed Nxe3. Perhaps forcing the exchange of g7 bishop with 15.Bd4 would have been better (Check annotations below). 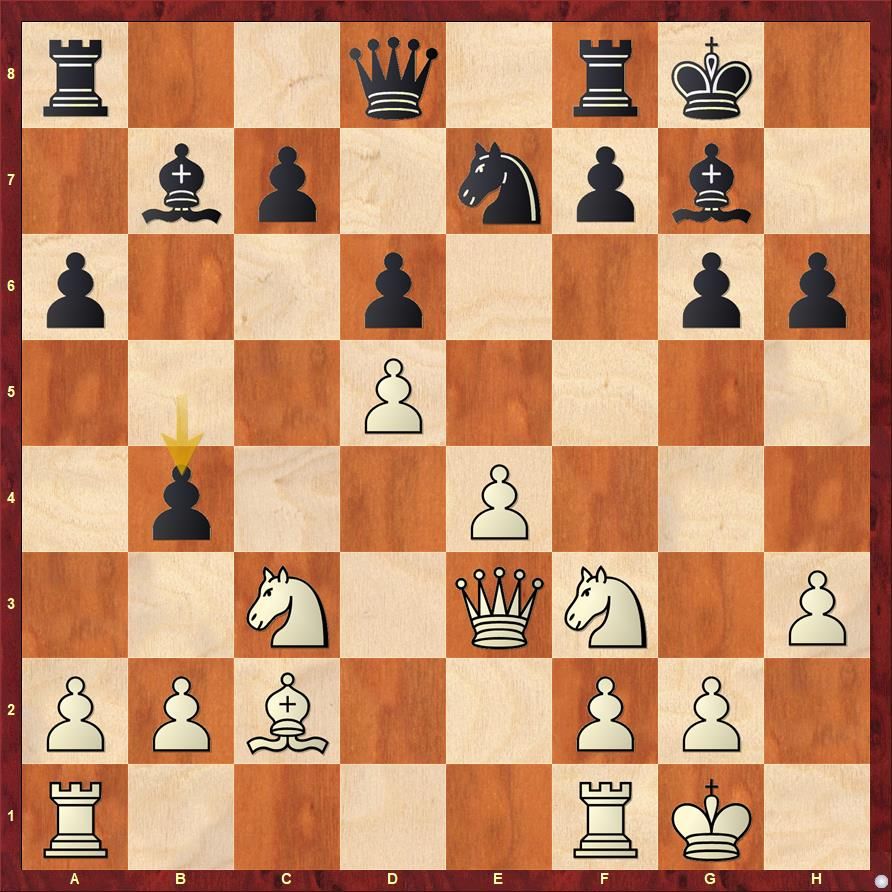 Position after 16...b4: Now with White's dark-squared bishop off the board, Black seized more space on the queenside. Next step was to go c6, breaking open the c-file. 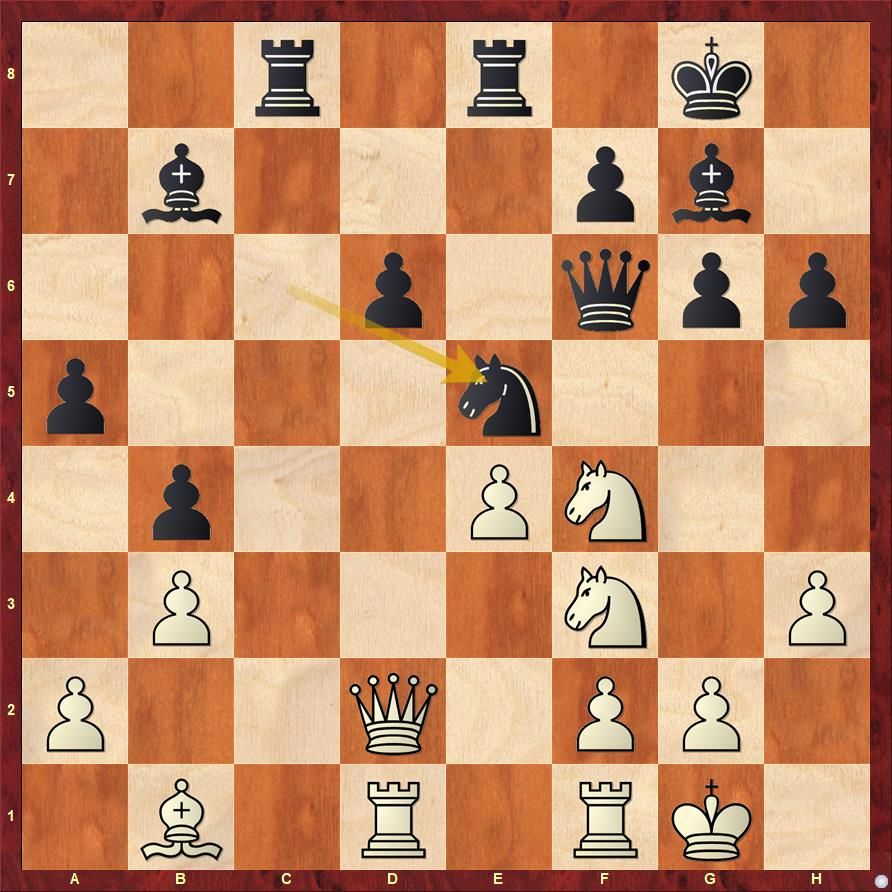 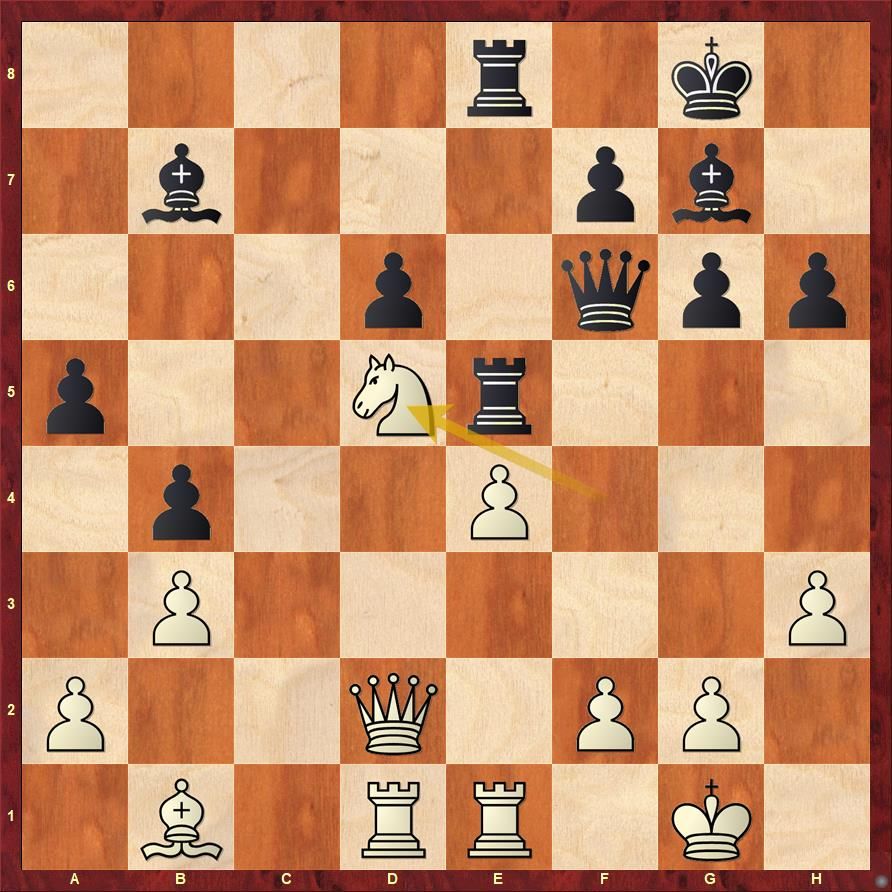 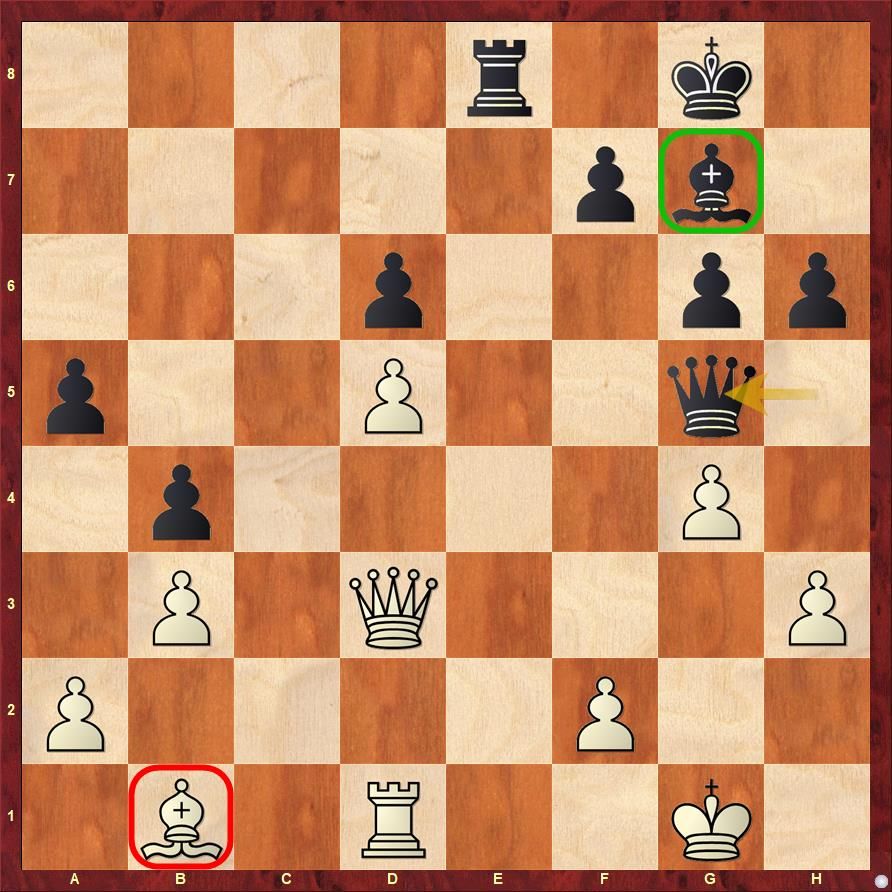 Position after 30...Qg5: All of Black's pieces are superior as compared to their counterparts. Now all that Black has to do is play on the dark squares and create more weaknesses on the kingside 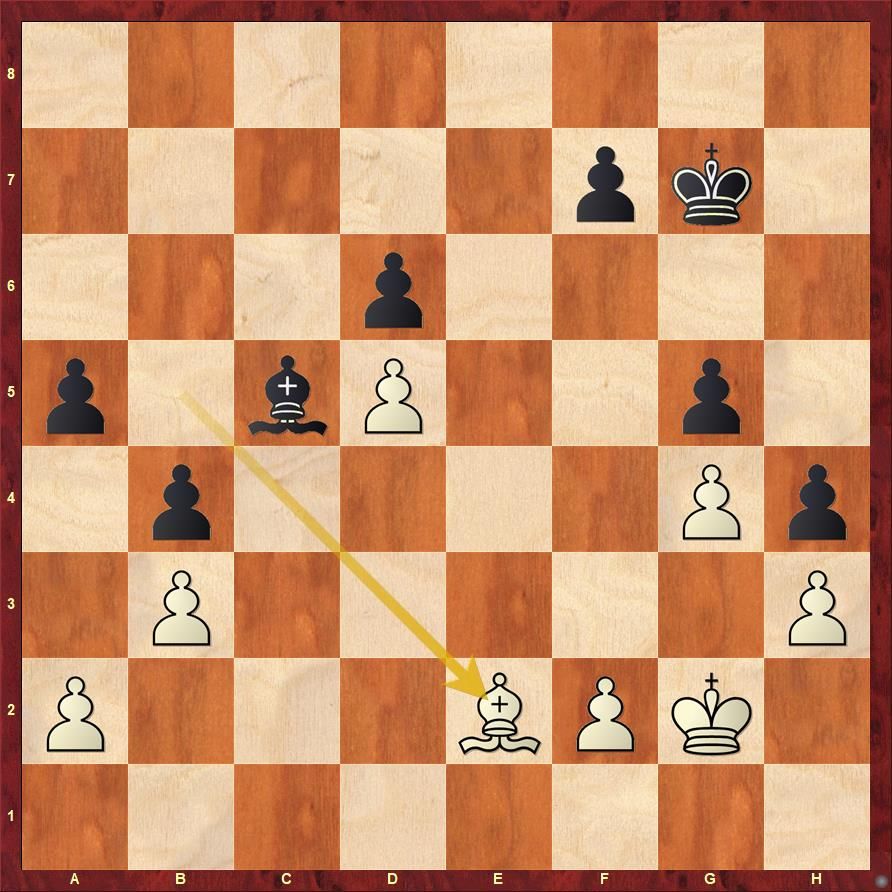 Position after 45.Bxe2: All heavy pieces were off the board, What is your assessment of this opposite coloured bishop ending? Can you find a plan ahead for Black? 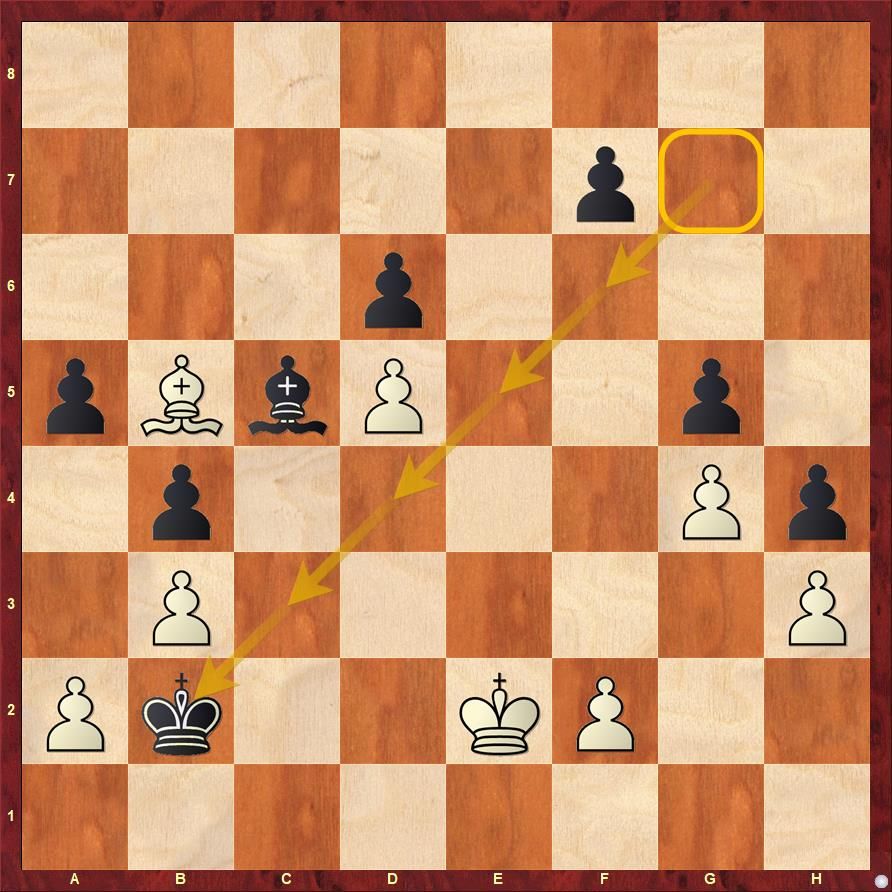 Position after 49...Kb2: What happened in the game was picturesque. Black brought her king straight away to b2 and now White was doomed to passivity. Notice, White's bishop is simply of the wrong colour here! 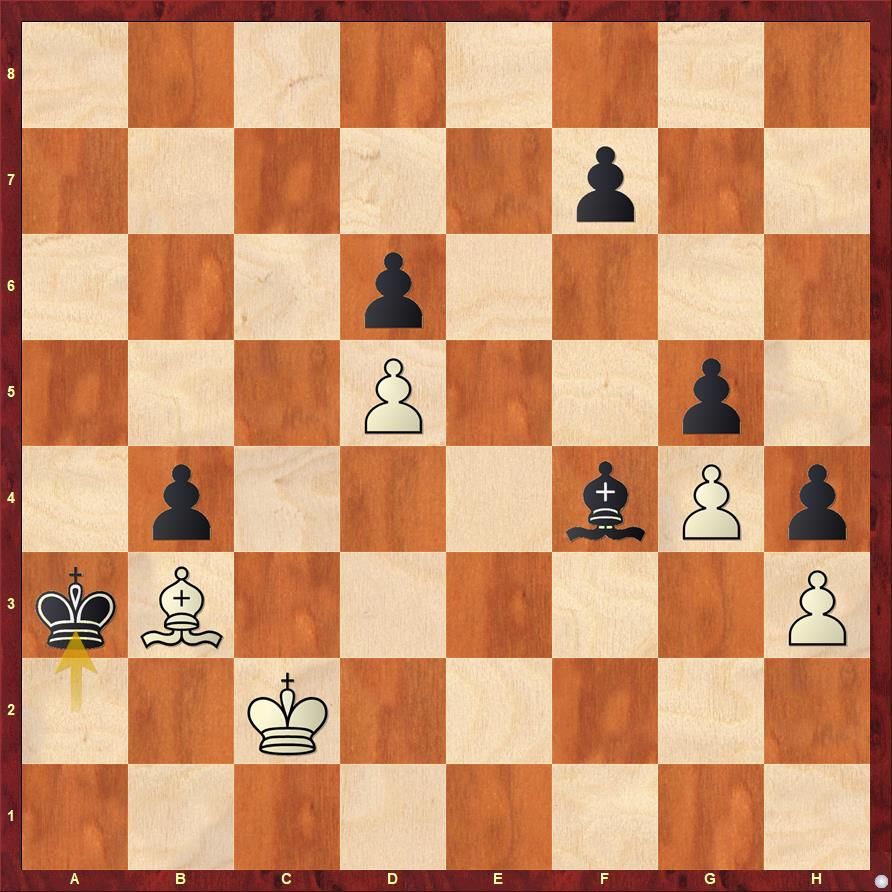 Position after 57...Ka3: A passer was created on the queenside and now it was time to take the king over to the kingside. 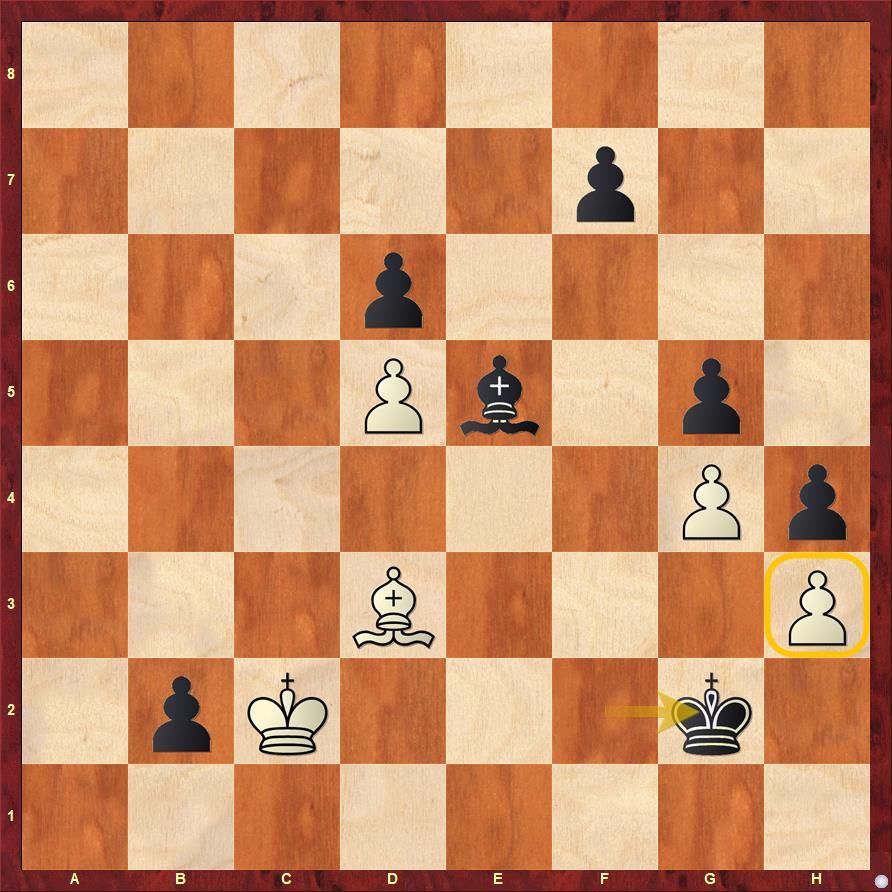 Position after 66...Kg2: Now the h3 pawn too will be picked. White resigned the game after three more moves from here.

A clinical performance by the National Champion. Speaking to ChessBase India an elated Bhakti said, "I am extremely happy not just because of winning the title back to back, but mainly because of my game quality! Last year I had a bit of luck in tie breaks I can say. But this year it was completely different scenario.. And funnily Yesterday I was talking  to my good friend WGM Meenakshi that endings of opposite bishops are very beautiful in chess! And I am So glad that I could win the National title by winning in the opposite bishop ending". Playing with a rating performance of 2620 and gaining 42 Elo points, Bhakti's live rating is now 2430 which makes her India's no.3 as well. Winning two back to back events and performing at an Elo of 2620 is not at all easy. Bhakti will also win Rs.4,00,000 for her efforts. | Photo: Amruta Mokal 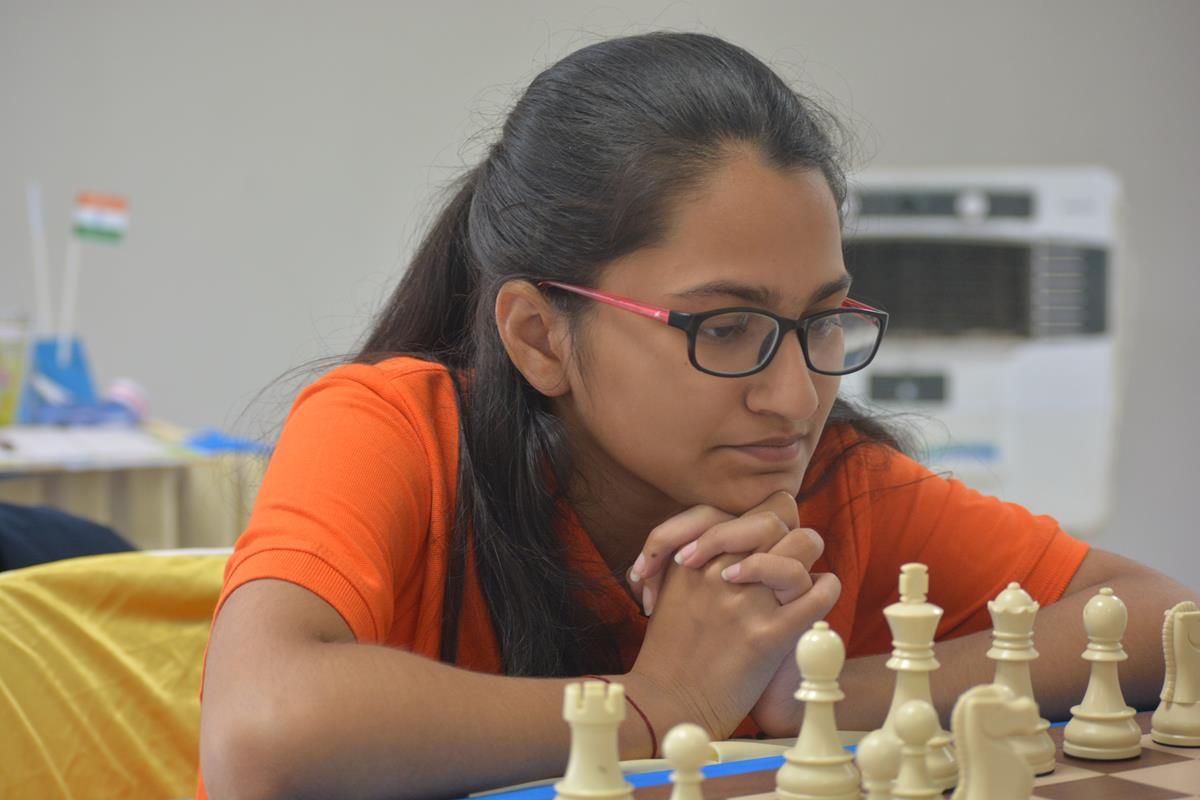 Vantika Agrawal had a good event overall. She defeated Mary Ann Gomes today with the White pieces and has even made a WGM norm | Photo: IA Gopakumar Sudhakaran 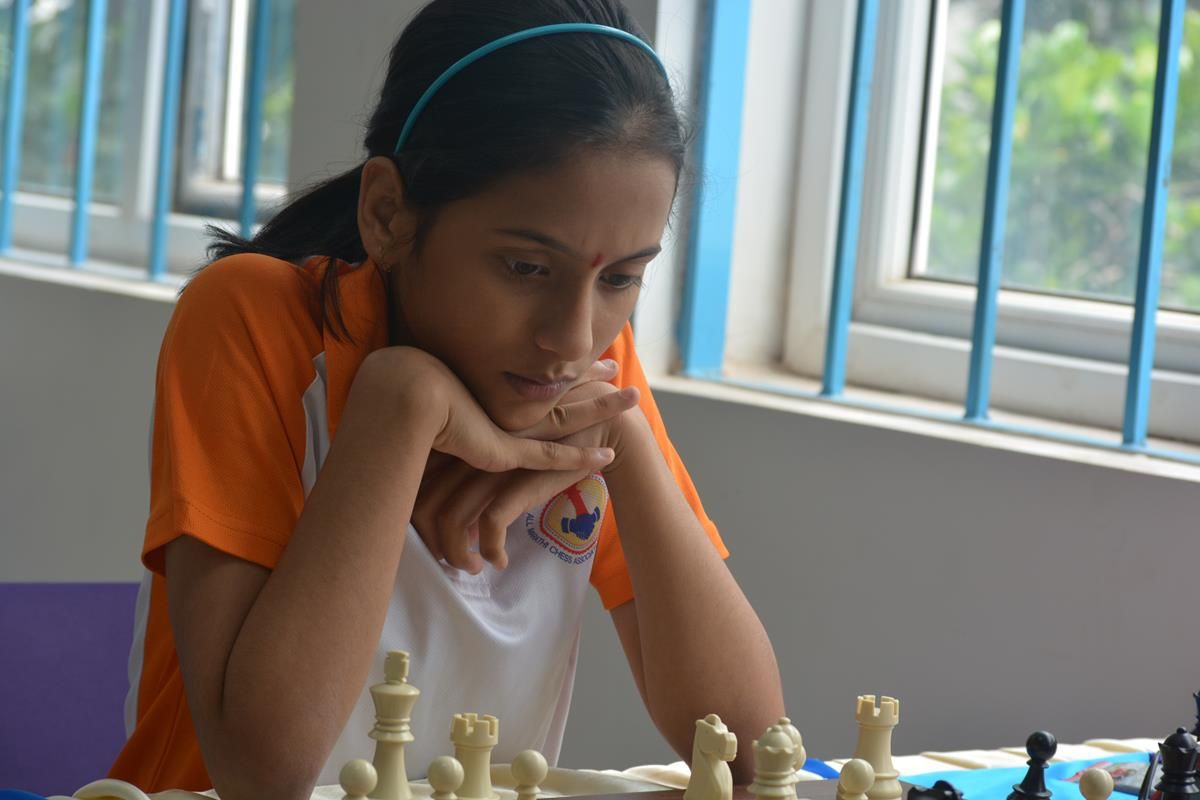 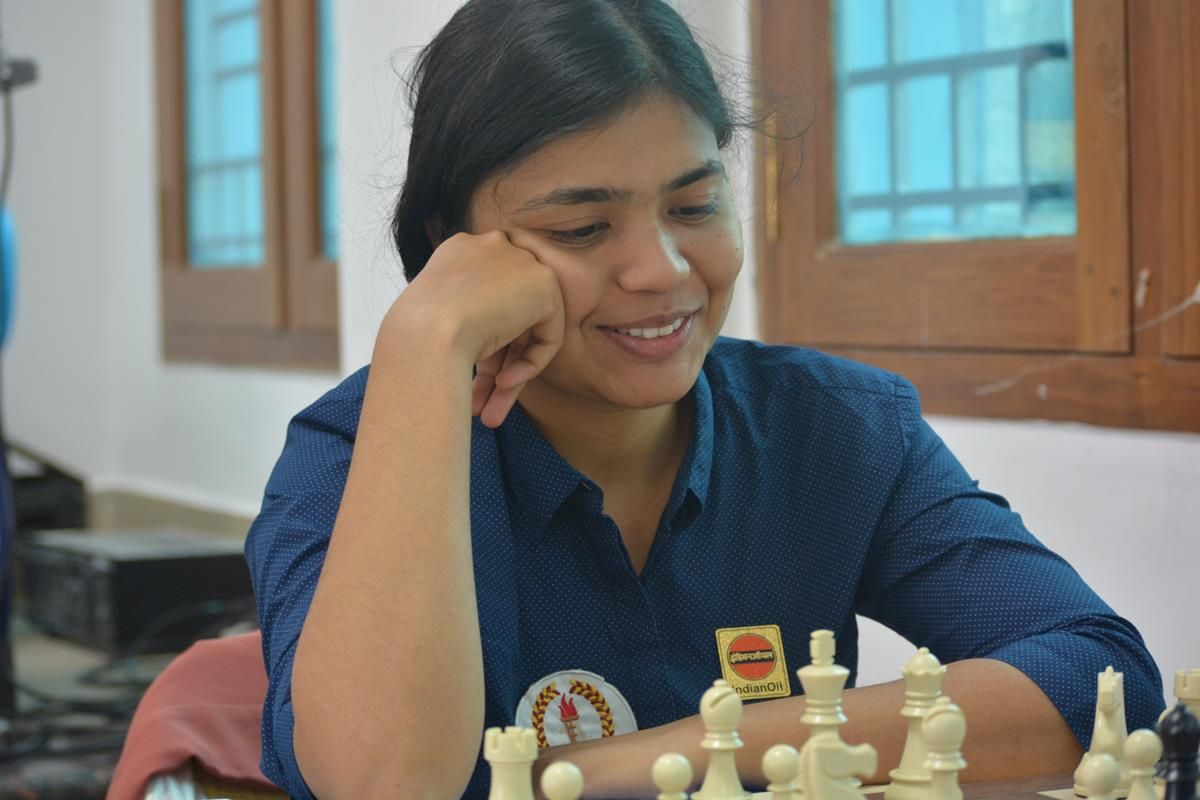 Soumya Swaminathan suffered a shock defeat against Bala Kannamma P today. She has had a forgettable event. Starting as the top seed, she has now slipped to the 19th place | Photo: IA Gopakumar Sudhakaran 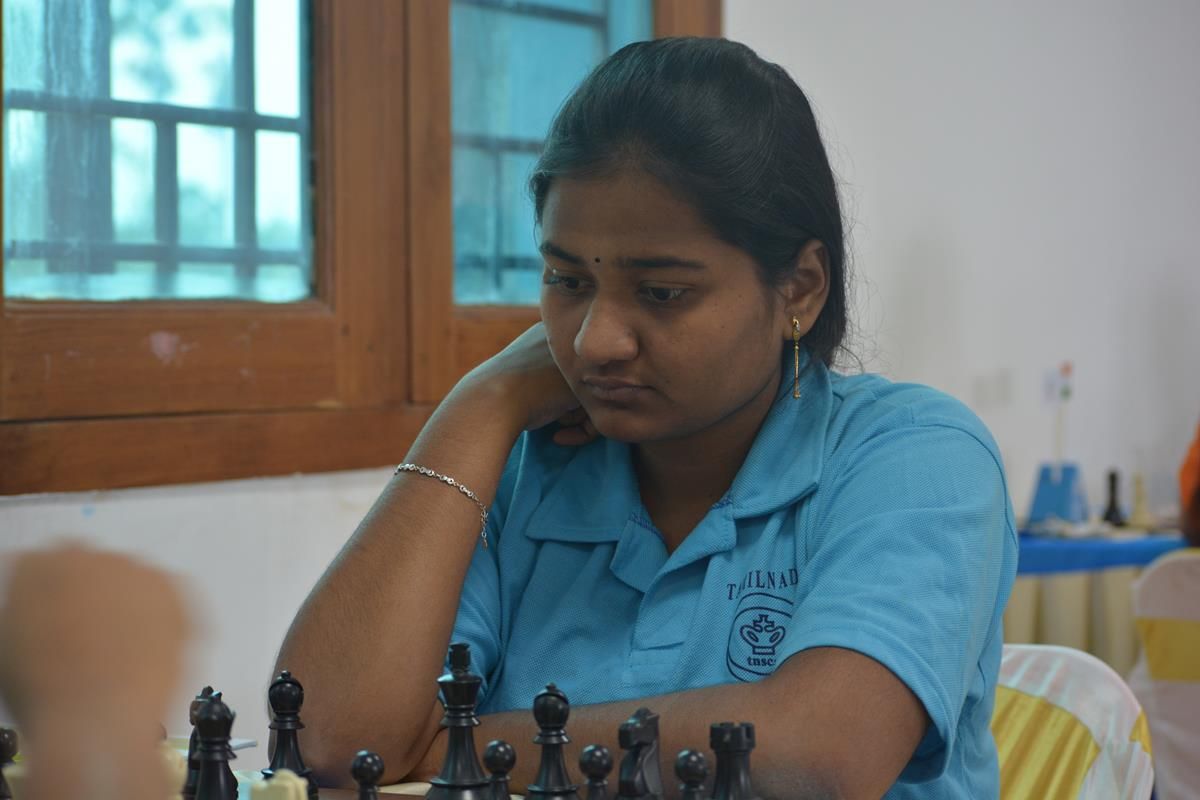 Bala Kannamma P is paired up against Harshita Guddanti in the last round. If she wins her game tomorrow she will be making a WIM norm | Photo: IA Gopakumar Sudhakaran 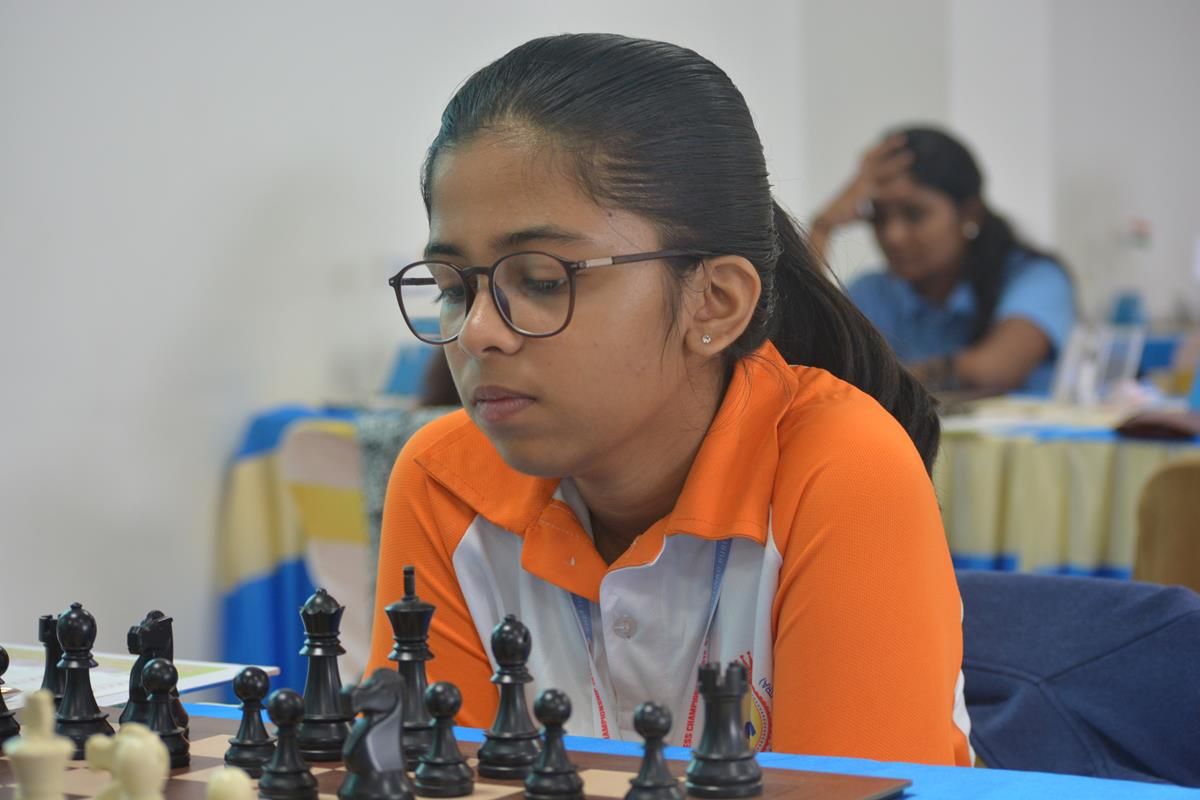 Mrudul Dehankar has caused several upsets in the event, in the latest round it was IM Vijayalakshmi Subbaraman who became her casualty. Her performances earned her a WIM norm | Photo: IA Gopakumar Sudhakaran 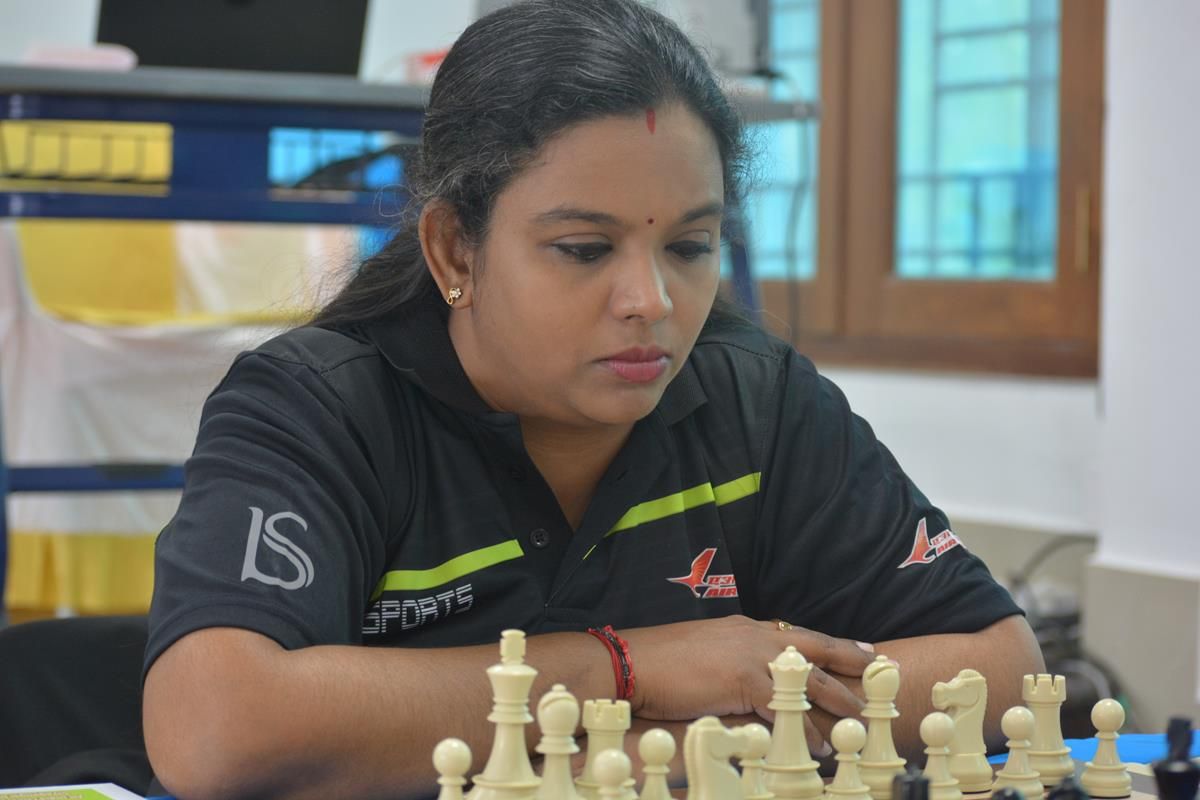 Things went very wrong for IM Vijayalakshmi Subbaraman in this event as she lost to quite a few lower rated opponents suffering from disappointing blind spots | Photo: IA Gopakumar Sudhakaran Pratyusha Bodda won her game against Varshini V today and is paired up against Bhakti in the last round. Bhakti has already won the tournament, do you think she will push for the victory in the last round as well? | Photo: IA Gopakumar Sudhakaran

The final round of the event begins tomorrow at 9 a.m IST, follow live here.