Usually after achieving a norm or title, players lose their game. That's because they tend to get a bit relaxed after their achievement. However, that was not the case with Stany who played a fine game after becoming India's 58th GM to beat Deep Sengupta. Stany is now one of the leaders with 8.5/11. Aravindh Chithambaram played a good game to beat Vaibhav Suri in eleventh round and join Stany at the top. On 8.0/11, we have a group of five players which include Vaibhav Suri, Deepan Chakkravarthy, Tejas Bakre, Karthikeyan Murali and CRG Krishna. An illustrated report with some interesting games from round 10 and 11. 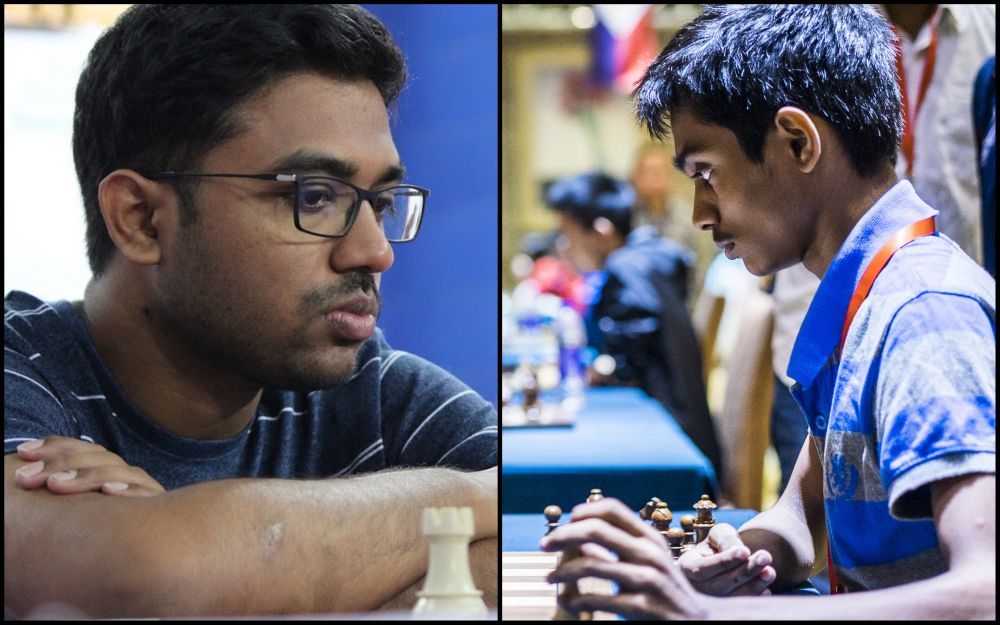 Two youngsters who are leading the National Championship 2018 after round 11. 25-year-old Stany and 19-year-old Aravind Chithambaram | Photos: Amruta Mokal and Lennart Ootes

With two rounds to go things are heating up at the National Championships 2018 in Jammu. The most recent GM of India, Stany kept up his pace after scoring his third GM norm by beating Deep Sengupta in round 10 and drawing against Deepan Chakkravarthy in round 11. The other leader on 8.5/11 is Aravindh Chithambaram who beat Vaibhav Suri in round 11. Let's have a look at the standings after round 11.

Vaibhav Suri was leading after round 10 with 8.0/10. The Delhi GM looked in great form, however, in round 11 he was beaten convincingly by Aravindh Chithambaram. It was a typical Aravindh game where the Chennai youngster played a slightly unconventional opening and without much trouble outplayed his opponent in the middlegame. 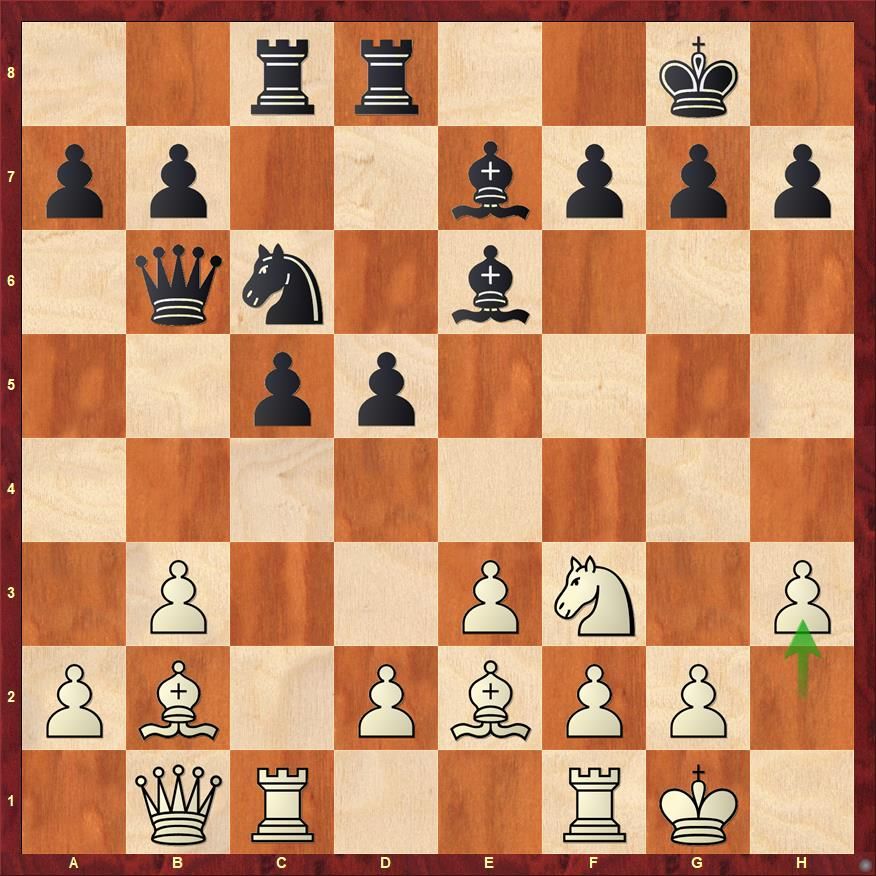 h3 is a typical Aravindh move. He is not aiming to fight for an advantage. The main aim is to let Black do something active, when he might go wrong. This is exactly what Vaibhav did. 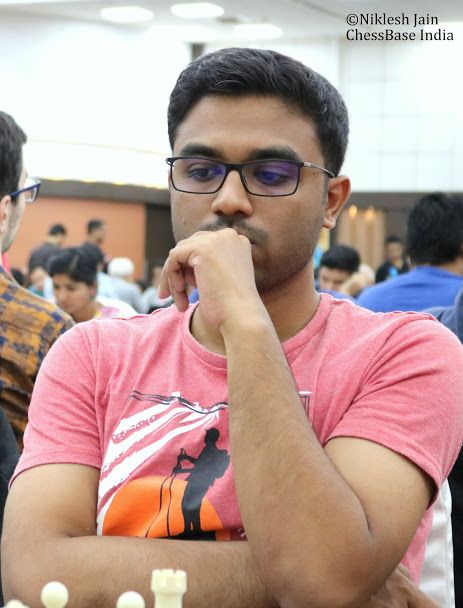 Usually people lose their next round after scoring a norm or achieving their title, but Stany is motivated to win the Nationals. He won his tenth round against Deep Sengupta | Photo: Niklesh Jain

Vaibhav Suri had beaten Anurag Mhamal in round 10, when the latter played too recklessly: 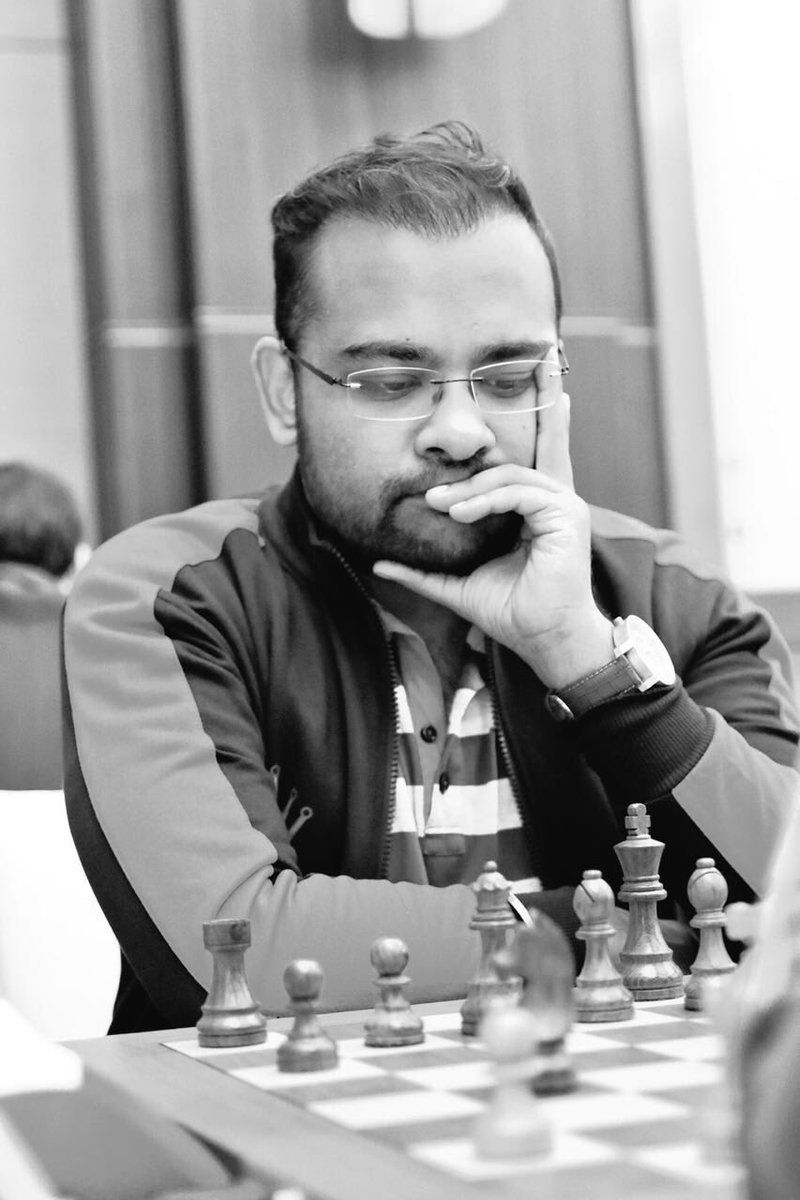 Top seed Abhijeet Gupta has found the going very tough. In the tenth round he lost to G. Akash

Abhijeet Gupta vs G. Akash, Round 10 ...g5! was an amazing strike by Akash

A group of five players which include four GMs and one IM are on 8.0/11 behind Stany and Aravindh. They include Vaibhav Suri, Deepan Chakkravarthy, Tejas Bakre, Karthikeyan Murali and CRG Krishna. The fight for the first place and Rs.5,00,000 becomes really intense with two rounds to go! It will be interesting to see if Stany or Aravindh wins it or someone comes from behind and takes it all.