IM D K Sharma won MP Masters 2021 in all three events - Classical, Rapid and Blitz, scoring 5.0/7, 3.5/5 and 9.5/12 respectively. He played 24 games in five days, including 12 Blitz games on 25th November 2021. Earlier in September he won the 1st Zenith Challenger Cup by winning all eight games and finishing a full point ahead 8.0/8 at Mathura. The stalwart of Uttar Pradesh, D K Sharma won the National Blitz championship in 2018, with a fractured arm. That should definitely give you an inkling of his prowess. Trophies, software products and books were the prizes for the prize winners. Photo: Niklesh Jain

Indrajeet Mahindrakar secured second position in both Rapid and Blitz scoring 3.5/5 and 9.0/12. A last round loss cost WIM Franco Valencia Angela (COL) the championship, and she was placed second in the Classical event. IM Vikramaditya Kulkarni also scored 9.0/12 in Blitz, he was placed third according to the tie-breaks. Saurabh Choubey secured 3rd position in Classical 3.5/5 and Aishwin Daniel was placed third in Rapid 3.0/5.

Aanjaneya Phatak scored a nice win against IM Vikramaditya Kulkarni who avoided theory in all games with white pieces by starting with 1.a3. 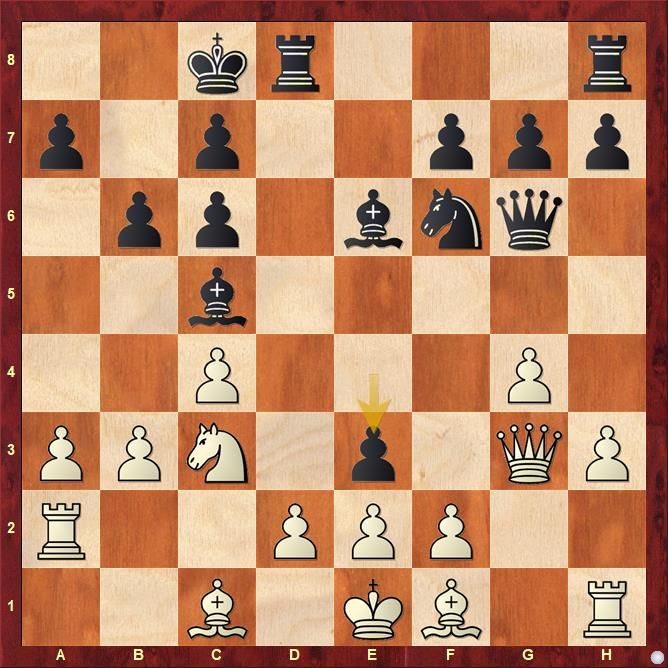 A good position allows you to play moves like 14...e3. The idea is simple Black wants to play Ne4, get rid of the protector of the b1 square so that he can play Qb1 and gain material. Another idea is to bring the queen to e4 after exchanging the knights and then open h-file. Aanjaneya did both of them to score a victory. Vikramaditya's 1.a3 got finally conquered by Aanjaneya | Photo: Niklesh Jain

Aishwin Daniel made a good recovery from a difficult position and then launched an attack of his own successfully. 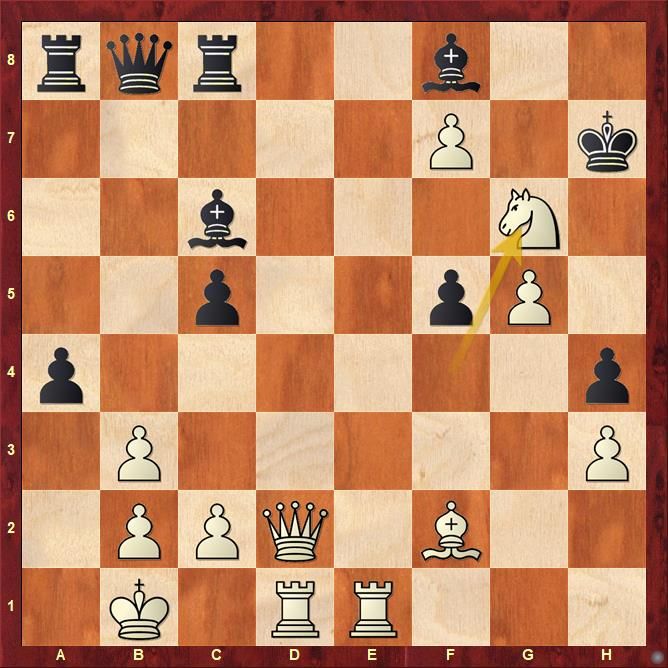 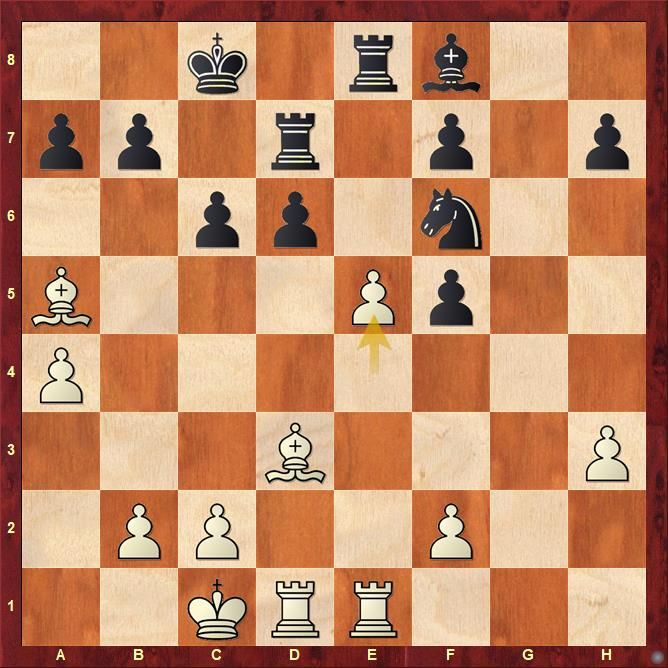 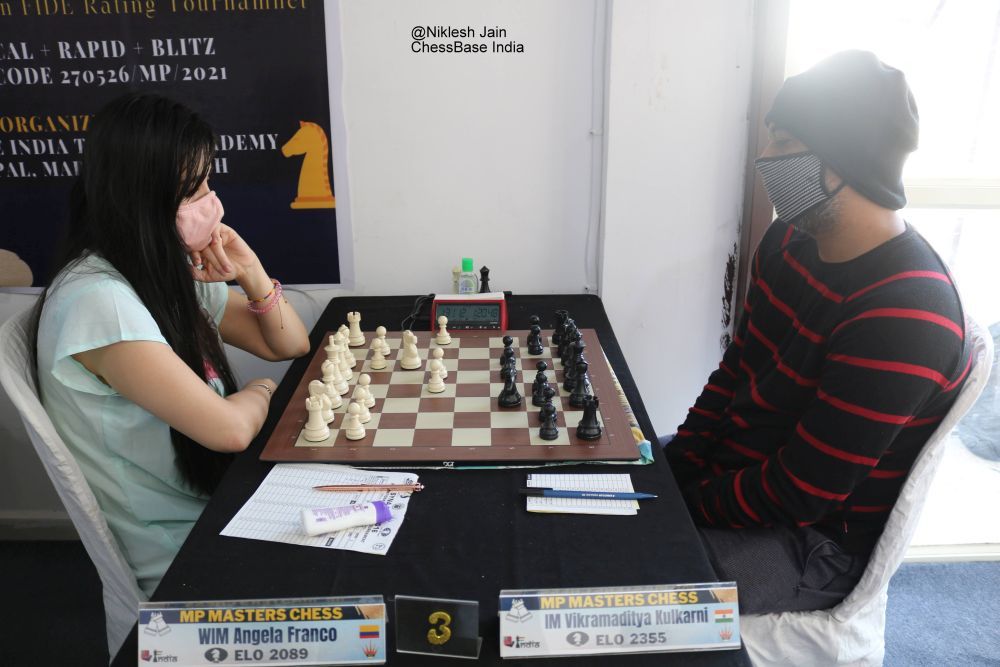 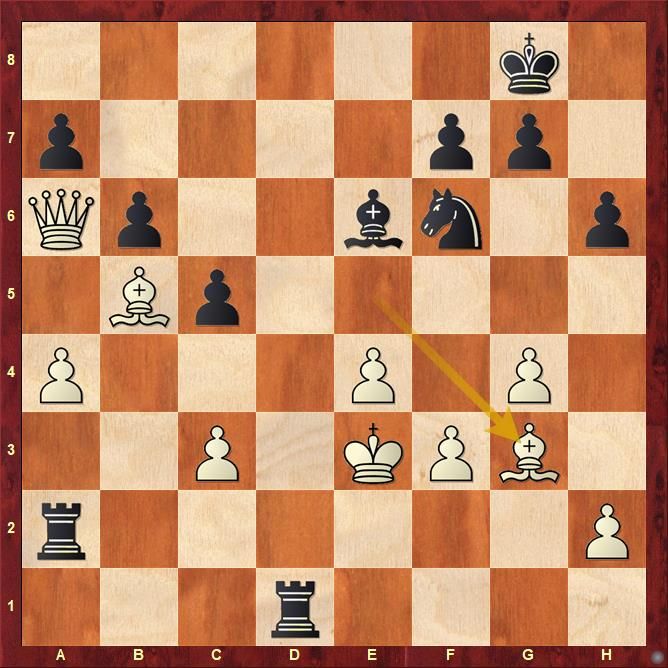 30.Bxf6 would have kept White afloat a bit longer. After a few moves, White decided to take the a7-pawn and Black got 35...c4+ which gave him the decisive advantage.

Saurabh Choubey won arguably the most exciting game of the tournament against IM Vikramaditya Kulkarni where the equilibrium shifted back and forth between the players. 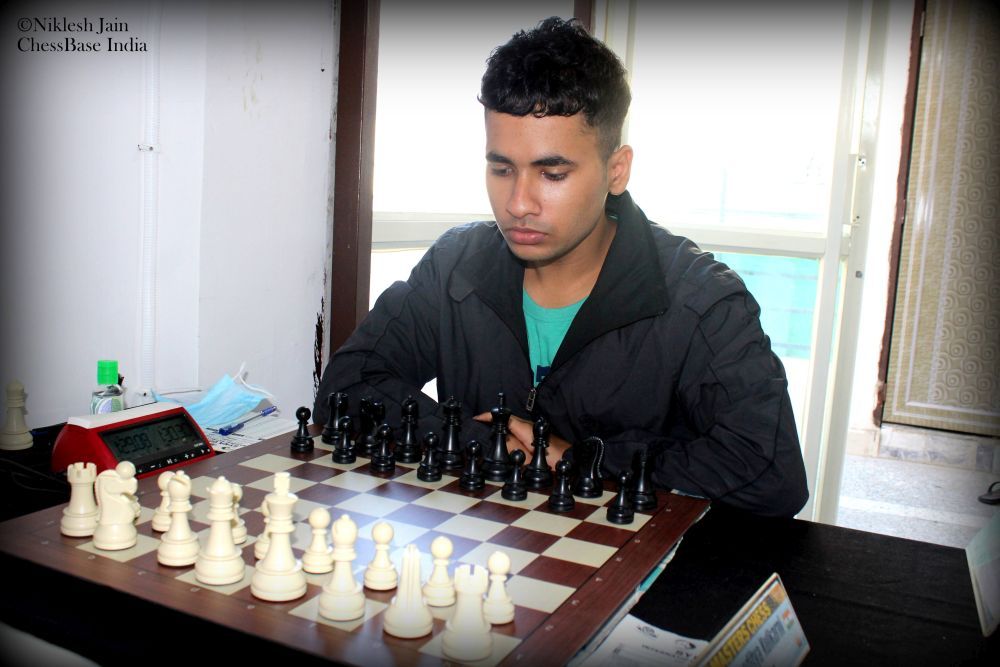 Saurabh won a rollercoaster of a game against Vikramaditya | Photo: Niklesh Jain

Angela bounced back with a clinical victory against Aishwin. 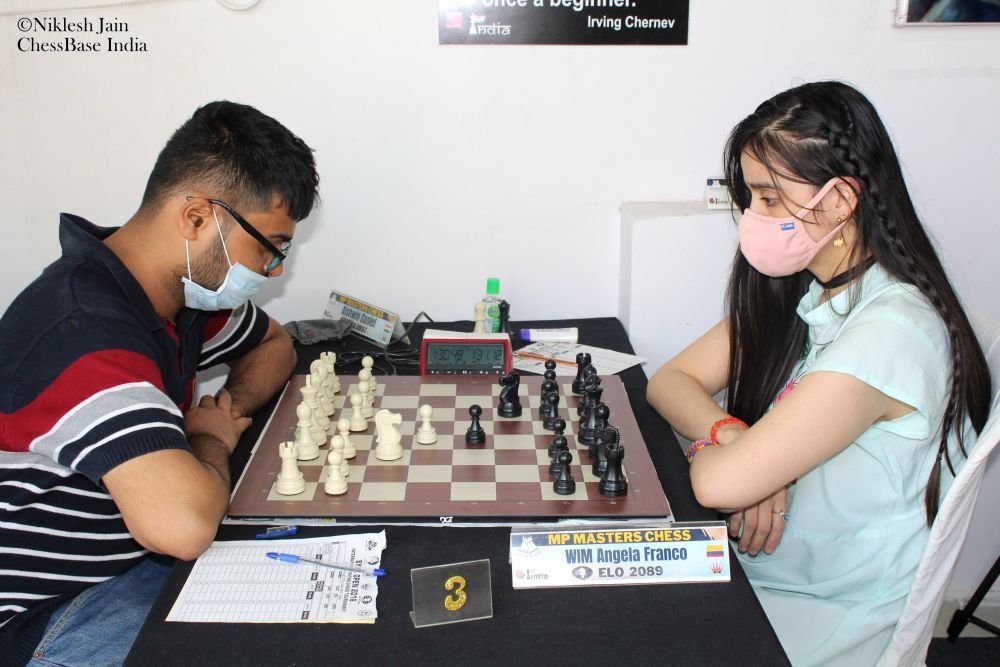 Angela lost her final round game against Sidhant after she lost a valuable pawn in the middlegame.

In the battle among IMs, D K Sharma prevailed over Vikramaditya Kulkarni. 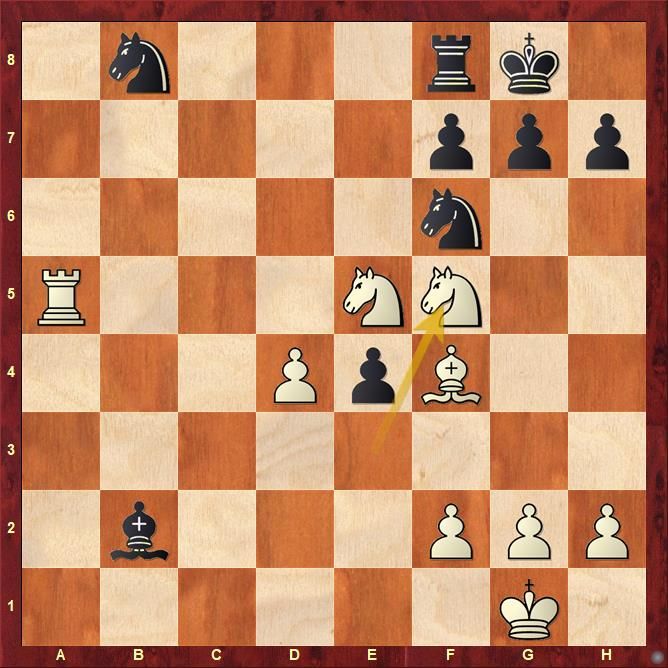 The above position gives us a clear idea about who is in control. However, after 30...Rd8 White played 31.h3 which allowed Black to take the d4-pawn which he did not take. White managed to convert his advantage into a win, thus clinched the tournament too. 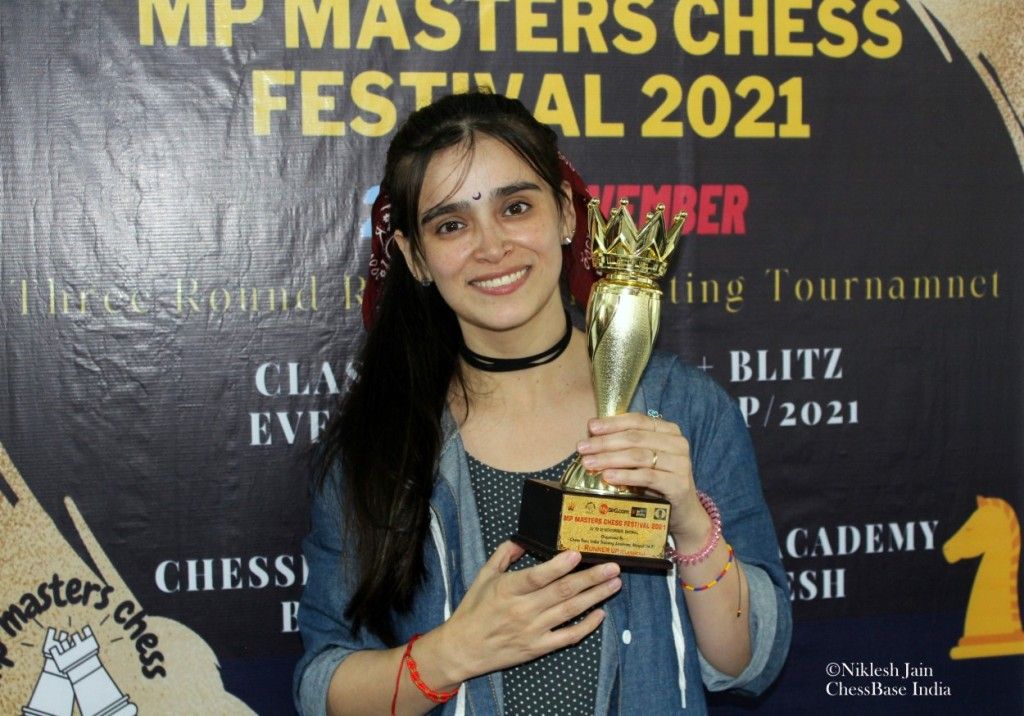