At the age of 42, Dinesh Kumar Sharma wins National Blitz with a fractured arm!

Age, fractured arm, facing a barrage of youngsters - nothing stopped IM Dinesh Kumar Sharma from becoming the National Blitz Champion 2018. Uttar Pradesh's only IM was on fire as he beat one grandmaster after another to score 9.5/11 and finish a half point ahead of the star sudded field. Enroute to his victory he beat GM Swapnil Dhopade, GM Lalith Babu, GM Aravindh Chithambaram and many other IMs. And all of his with a fractured right hand! Becoming the national blitz champion at the age of 42 is not a joke and Dinesh Kumar Sharma once again proves that although age is an important factor in chess, the will to win can overcome any deficiency. 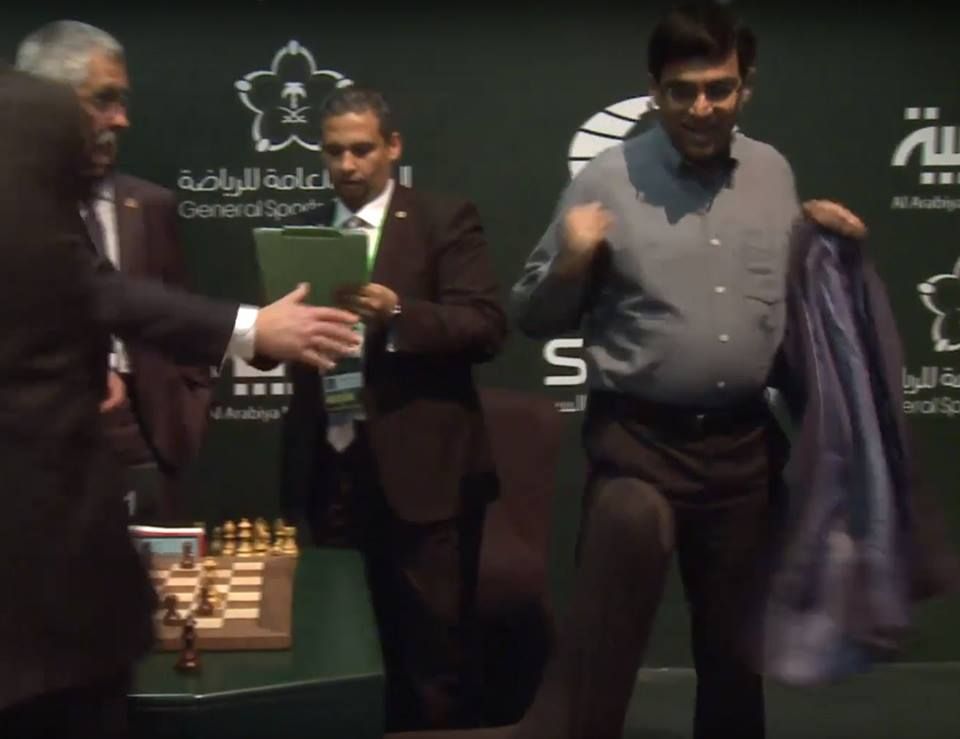 This photo of a 48-year-old man pumping his fists after winning the world rapid title in December 2017 inspired many Indians. One of them was sitting in Uttar Pradesh!

Uttar Pradesh has a population of more than 20 crores. It is the state in India with the highest population. However, when it comes to chess, it is lagging behind. It has no grandmasters and only one International Master - IM Dinesh Kumar Sharma. However, this one titled player was enough to finish ahead of nine grandmasters who took part in the National Blitz Championship 2018 and take home the winner's trophy. D.K, as he is known in Indian chess, is 42 years old. His peers consider him to be extremely talented, but one who couldn't fulfill all his promise and become a grandmaster. But according to D.K, even at the age of 42 his chess career is still up and running and he practices chess four to five hours a day. "I was very close to winning the National Blitz title in 2017. I am happy that this year I was able to win it!" Dinesh was 7.0/7 at the 2017 edition of the National Blitz. A poor finish with 1.0/4, led to him end with the sixth spot. But it is for sure that Dinesh has something special in him when it comes to the shorter format of the game. Even at the National Rapid 2018, he finished third.

The National Blitz 2018 was an extremely strong tournament. You had players like Laxman, Lalith, Arghyadip, Ratnakaran, Karthikeyan, Aravindh and many other youngsters playing the tournament. To finish ahead of all of these players in eleven rounds of grueling 3+2 chess shows that although chess is a young man's game, it is equally important to work really hard. Speaking to ChessBase India, Dinesh said, "Age is definitely important in chess, but I think more important is to work hard. I would urge the youngsters to keep working hard on the game. On a given day anyone can win because a lot of people are playing well these days." 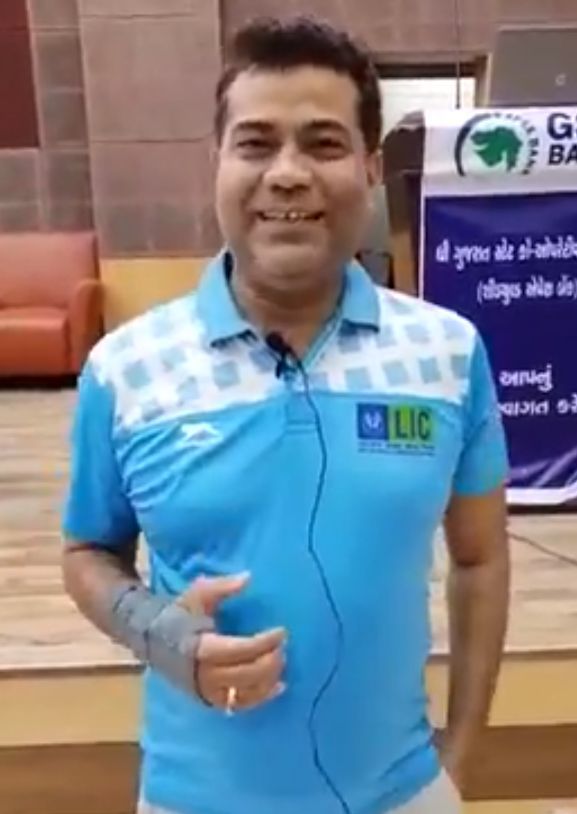 A couple of days before Dinesh was about to participate in the National Rapid 2018, he got his right hand fractured. In a short time control of blitz, to play with such a handicap is huge. But Dinesh had immense will power. He played with his left hand, not the most natural thing for him and beat so many strong players. Some of the top players that Sharma was able to beat enroute to his national title were IM Arghyadip Das, IM Rahul Shetty, GM Swapnil Dhopade, IM Harsha Bharathakoti, GM Lalith Babu and GM Aravindh Chithambaram. Phew! What a list!

How does Dinesh Kumar Sharma play so well in Rapid and Blitz? "Well, I practice playing bullet chess on playchess.com", says Dinesh, sharing his little secret. You too can play on ChessBase's online playing platform - Playchess and perhaps you will get a chance to play a game or two against the National Blitz Champion! "After finishing 6th in 2017, I really wanted to win this year. So I had an aim, although I didn't get a lot of time to practice. Other than playing online I didn't do any special preparation for nationals. But during the games my concentration level was very high. My fractured hand helped me in concentrating more!" 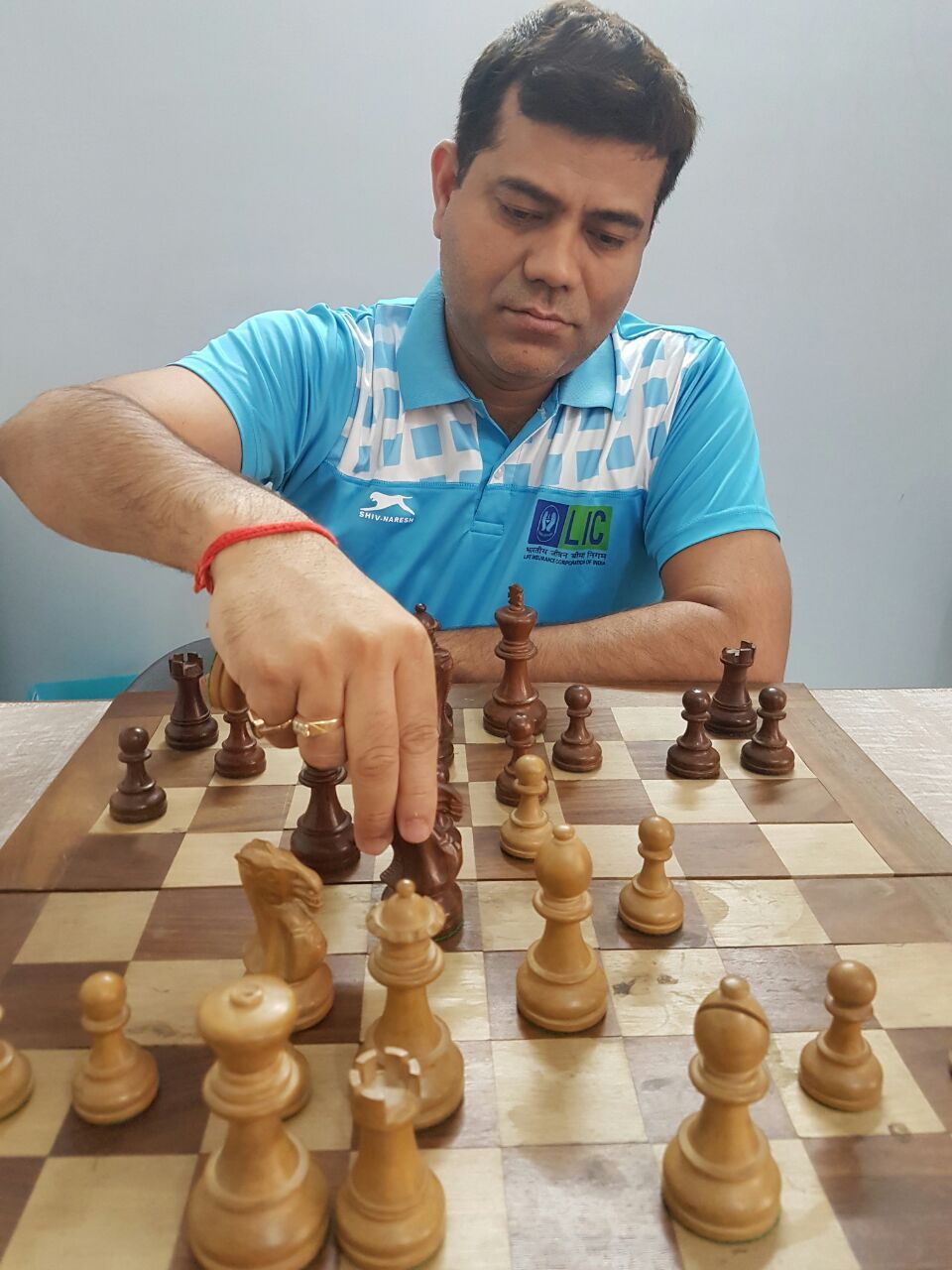 IM Dinesh Sharma made it a point to thank his employer LIC. "They have never ever said no for any tournament that I wanted to play. Currently I also get a half day and hence plenty of time to work on my game. LIC has truly helped me in a huge way in my chess career." This win has motivated Dinesh Sharma further and he hopes that he can fulfill his incomplete dream of becoming a GM.

When asked for his favourite game Dinesh Sharma shared with us his win over Raunak Sadhwani from the Rapid event: 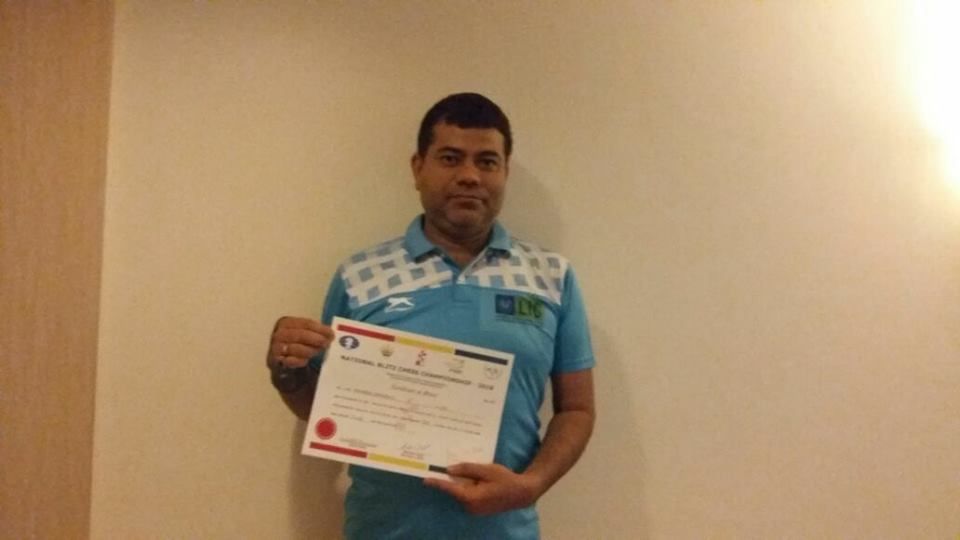 Dinesh Kumar Sharma is married to Mayuri Karunanayake, who is a chess player from Sri Lanka | Photo from an interview in Sweden 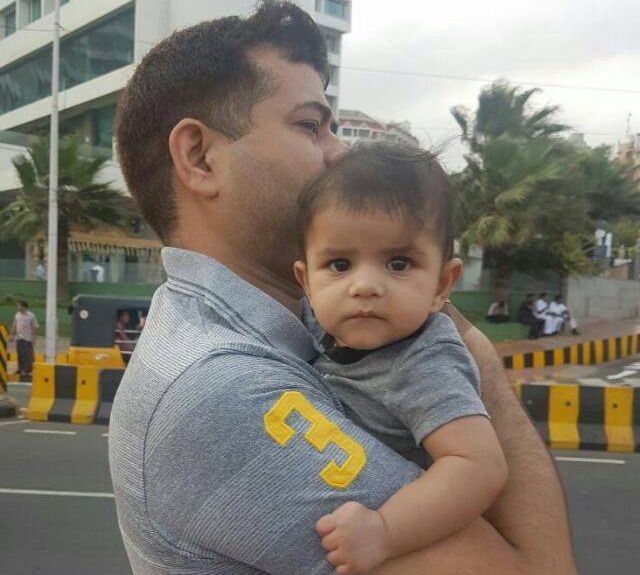 The national blitz champion with his little daughter Shanvi!
Dinesh Kumar Sharma interviewed by Ankit Dalal at the end of the tournament

The second place at the event went to Lalith Babu. Lalith has shown great consistency by winning the Classical and rapid national title and second place in blitz. He is surely seeing a resurgence in his chess career.

Final rankings after round 11

Spots three to five were taken by three youngsters: One from Telangana and two from Maharashtra.

Arjun Erigaisi has played really well in many Playchess blitz tournaments. So it came as no surprise that he managed to win the bronze medal at National Blitz | Photo: Amruta Mokal 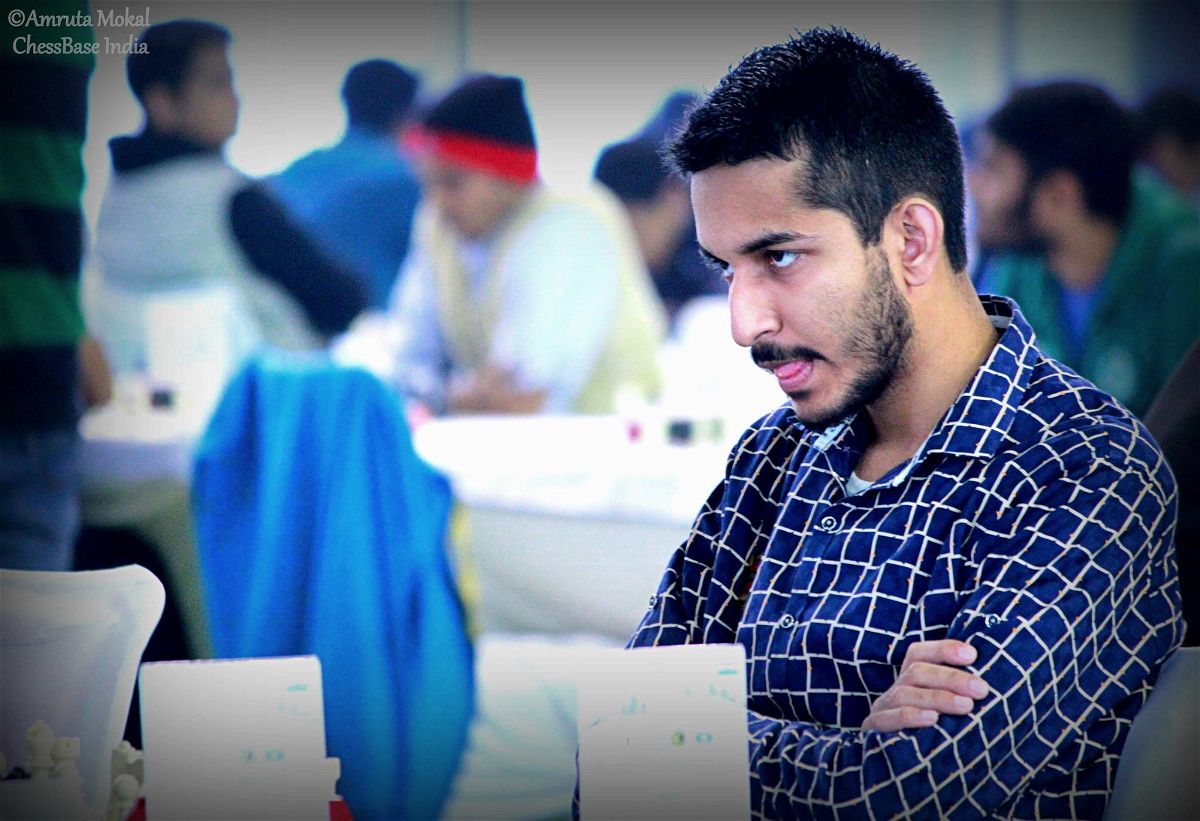 Nubairshah Shaikh has been known for his speed and he finished fourth | Photo: Amruta Mokal 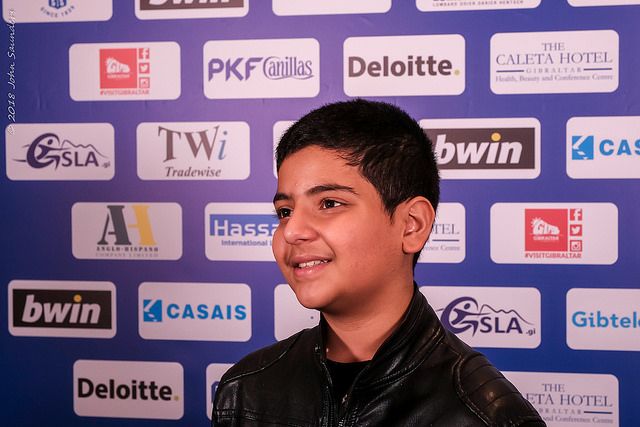 IM elect at the age of just 12, Raunak Sadhwani finished fifth. Expect a big article on this young boy soon on our newspage. | Photo: John Saunders 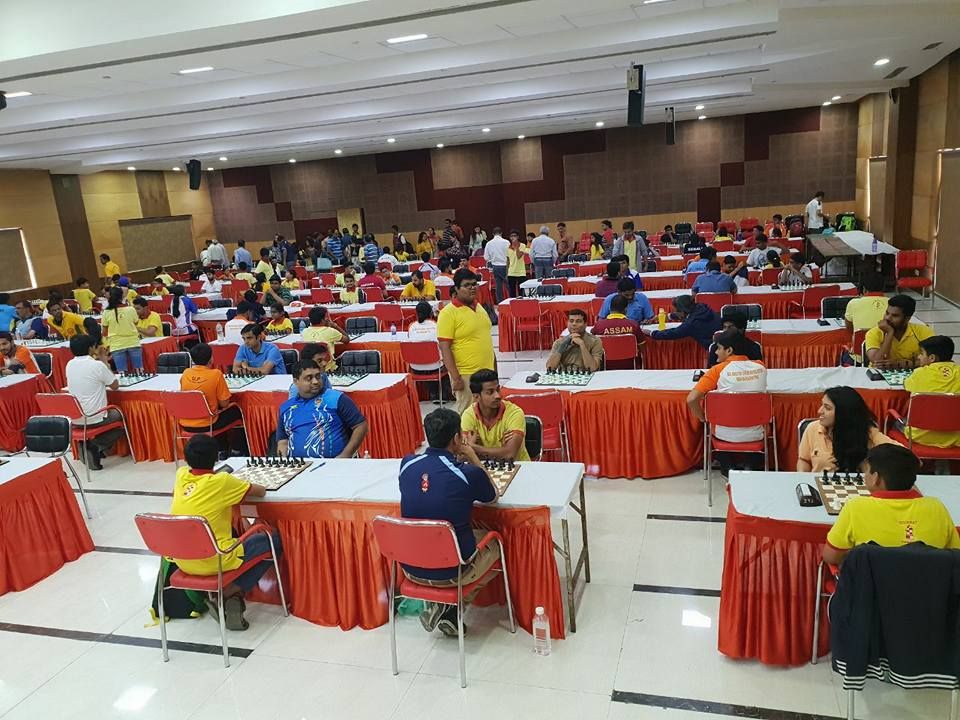 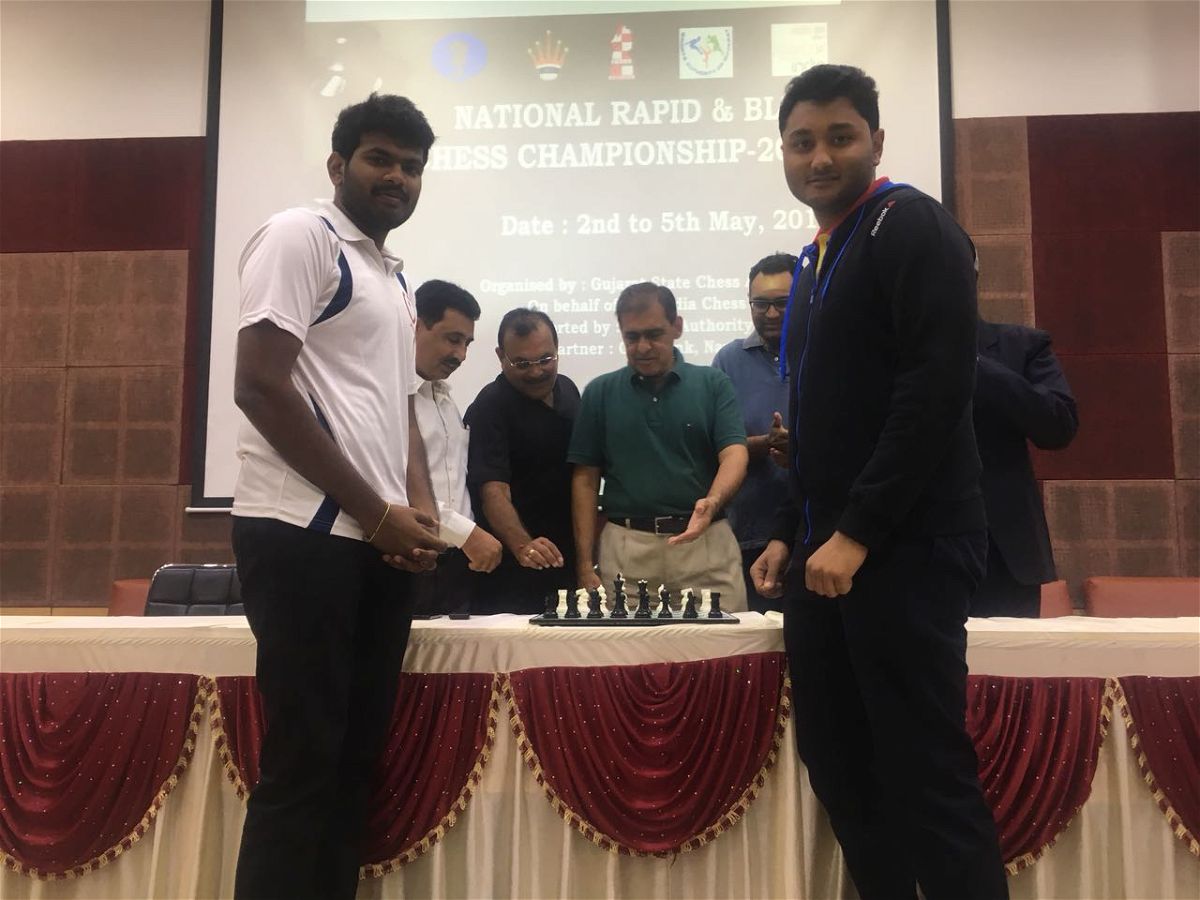 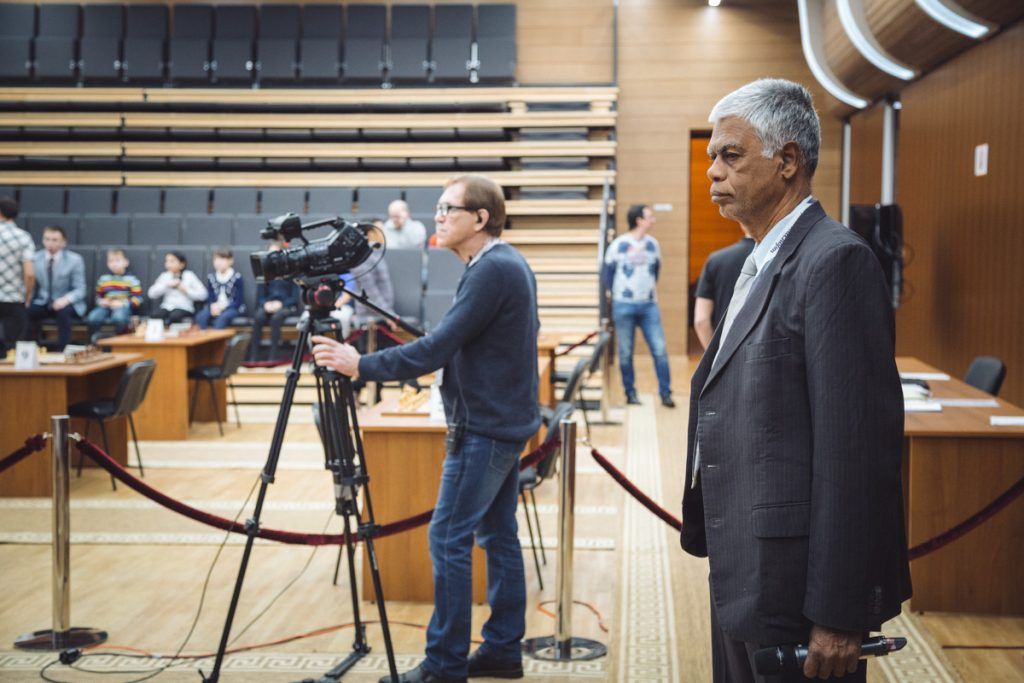 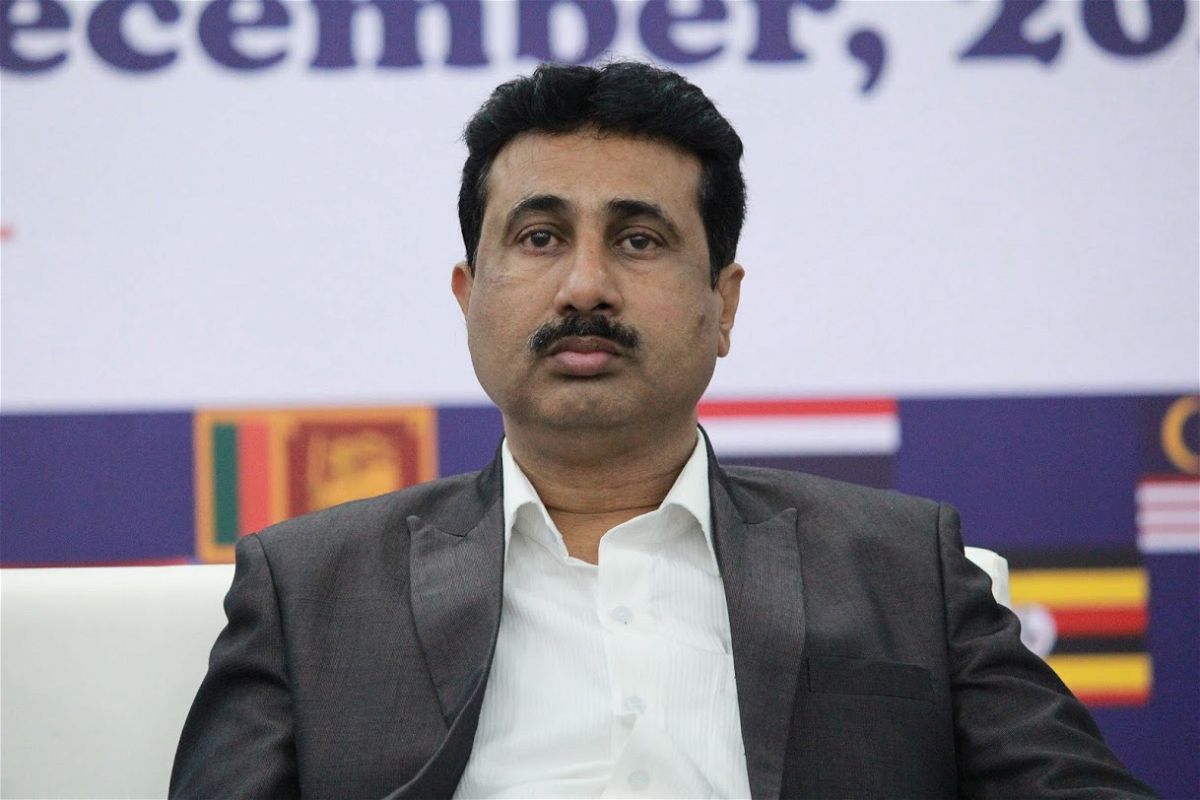 The Secretary of Gujarat State Chess Association Bhavesh Patel has been working tirelessly to spread chess in the state. With the organization of the National Rapid and Blitz 2018, he adds another feather to his cap. | Photo: Amruta Mokal 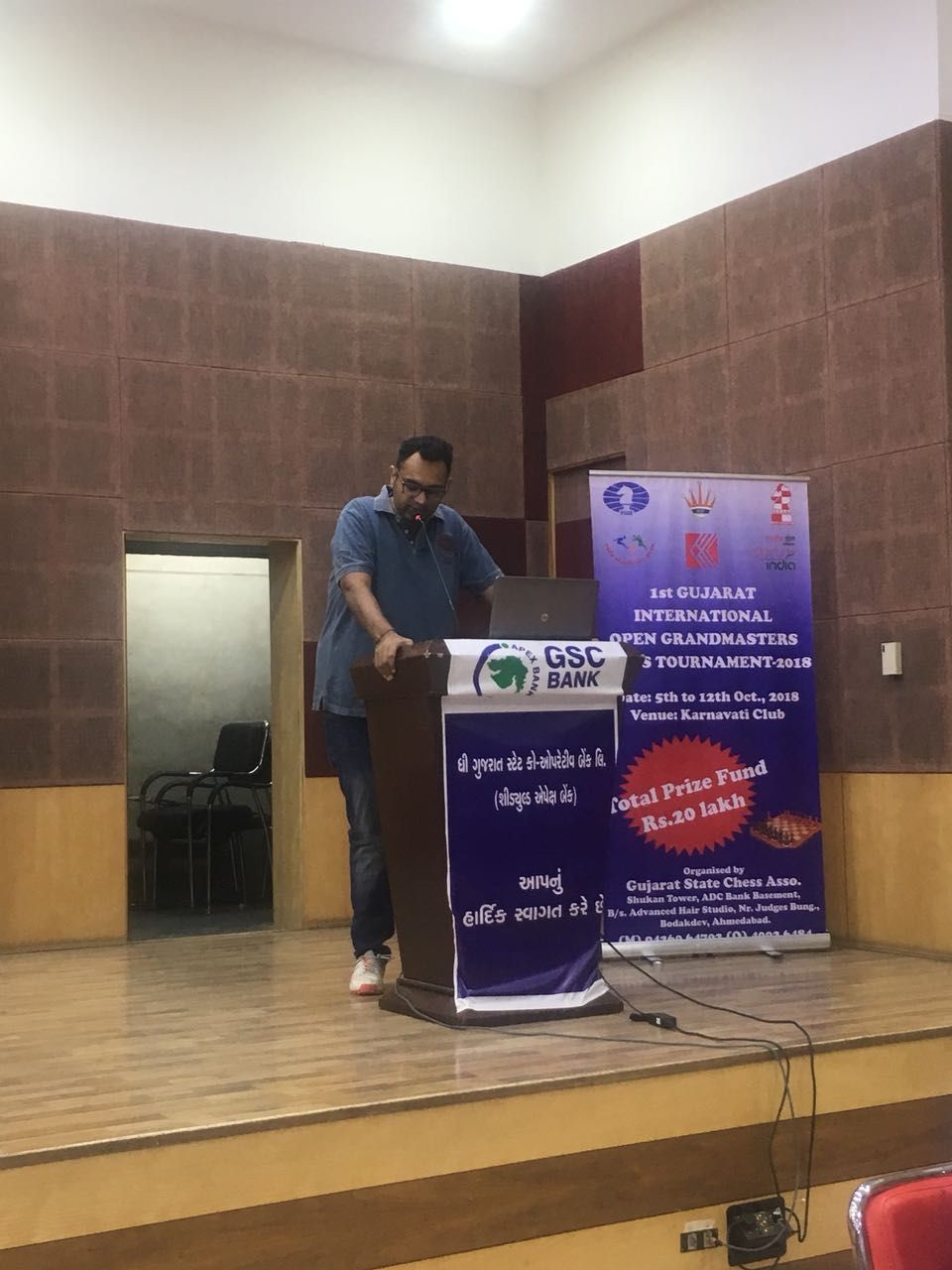 A special thanks to Ankit Dalal for all the pictures and interviews that he has provided from the venue | Photo: Sonal Patel