GM D Gukesh won his first Classical tournament of the year at 48th La Roda International Open 2022. He scored an unbeaten 8.0/9 and finished a half point ahead of the competition. He did not leave things to be decided on tie-breaks. He missed MPL 58th National Senior Open and 19th Delhi International GM Open on tie-breaks. GM Haik Martirosyan (ARM) secured second place 7.5/9. Five players scored 7.0/9. GM Praggnanandhaa R and GM Raunak Sadhwani were placed third and fourth respectively according to tie-breaks. Top three prizes were €3000, €2000 and €1000 along with a trophy each. Total prize fund of the tournament was €14000. Photo: Official site

GM D Gukesh became the first Indian player to win La Roda International Open in 48 years. Last year in the 47th edition, WGM Nandhidhaa became the first woman to make a podium finish. Gukesh took an average of 28 moves to score wins in this tournament. In the last three rounds, the average went down to 24 moves. It only shows how well Gukesh played in this event. 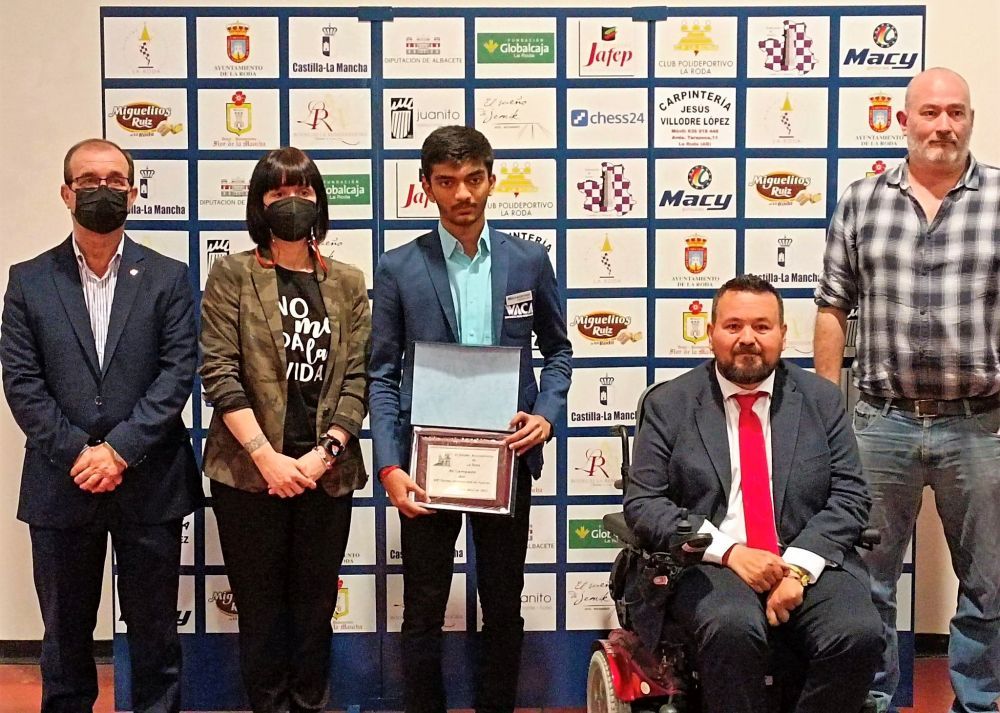 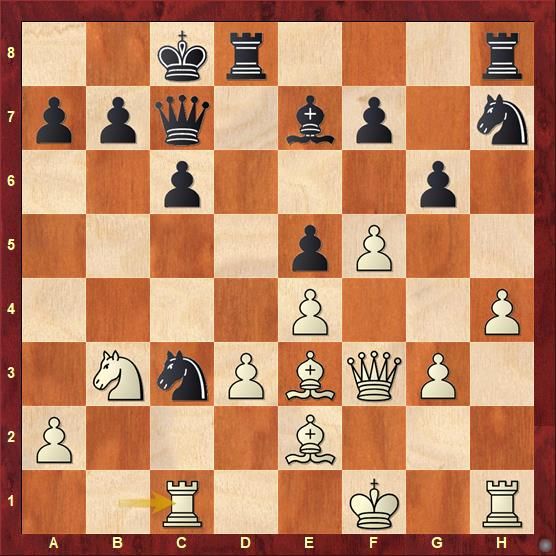 One of the highly anticipated game of the tournament was a rematch between Praggnanandhaa and Gukesh from their final round encounter at the recently concluded Kvika Reykjavik Open 2022. Black went 24...Nb5 25.Kg2 Nd4 26.Nxd4 exd4 27.Bf4 Bd6 28.fxg6 Bxf4 29.Qxf4 fxg6 giving White a huge decisive advantage. This time it was Praggnanandhaa who was unable to seize his advantage and Gukesh managed to save the day. Praggnanandhaa and Gukesh another exciting encounter within a week | Photo: Official site 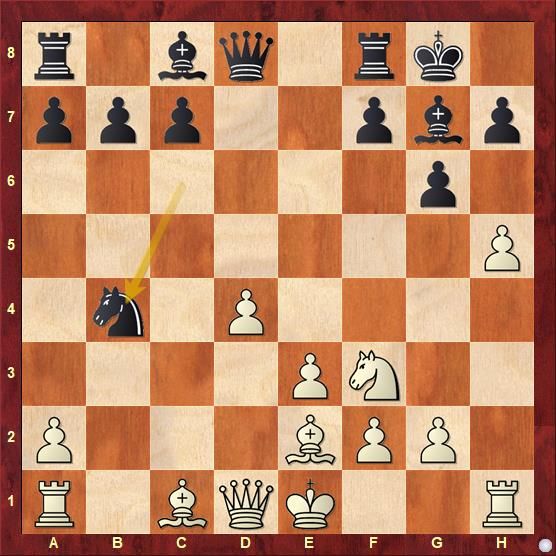 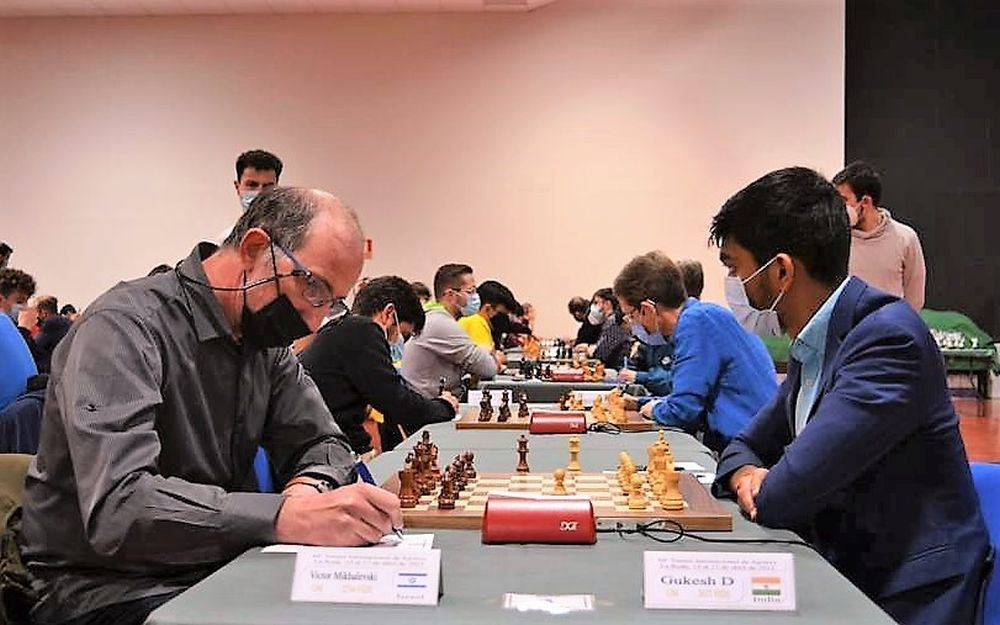 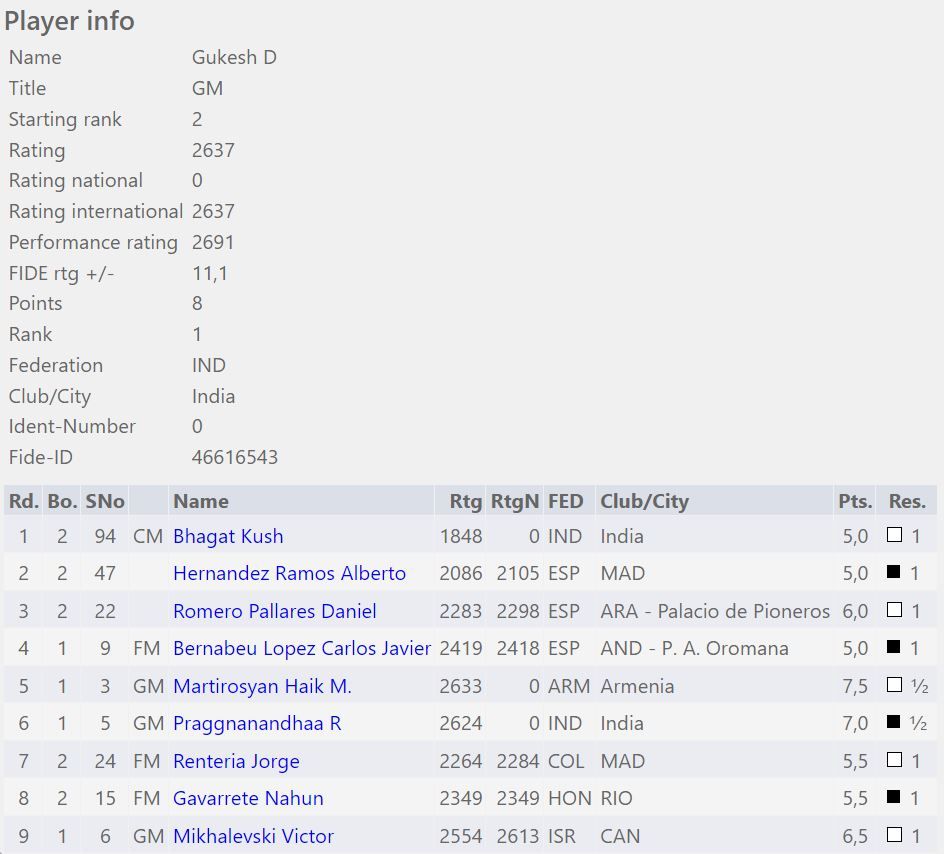 Gukesh tweeted his thoughts on his victory 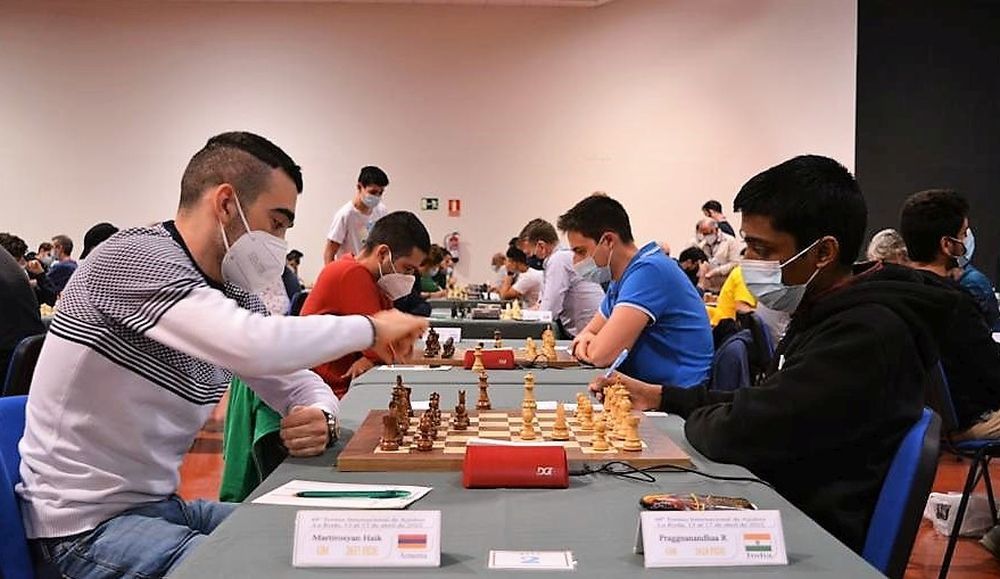 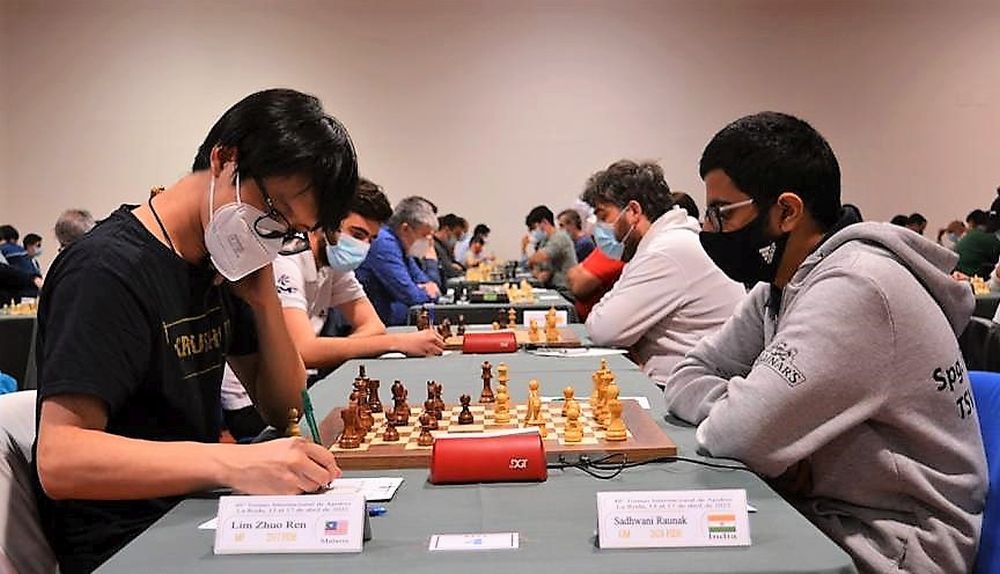 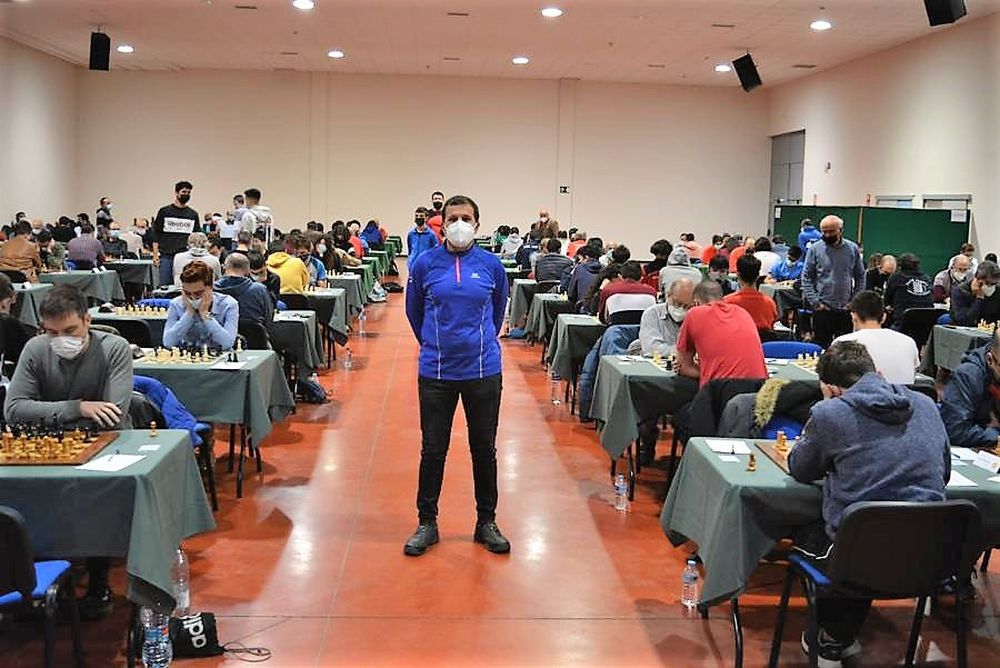 A total of 183 players including 7 GMs and 7 IMs took part from 13 countries across the world. The tournament was organized by Club Ajedrez Polideportivo La Roda from 13th to 17th April 2022 at La Caja Blanca in La Roda, Albacete, Spain. The nine-round Swiss league tournament had a time control of 90 minutes each with 30 seconds increment from move no. 1.