On the final day of the rapid leg of the Grand Chess Tour in Leuven, Indian ace Viswanathan Anand failed yet again at making a comeback. Just like on day 1, he lost both of his first two games and made a draw in the final game of the day to finish on the bottom-most spot. His final round opponent, Wesley So, welcomed this draw, however, as it left him on the pole position, three points ahead of his nearest rival. Going into the blitz segment, Anand is going to have a tough time improving his tournament standing. An illustrated report.

The rapid leg of the Leuven Grand Chess Tour concluded on Thursday evening with Wesley So finishing three points ahead of his nearest rival, Levon Aronian. Winning his first game of the day and then drawing against Viswanathan Anand and Sergey Karjakin, Wesley managed to increase his lead over Aronian by one point.

In the very first game of the day, So received a gift of sorts from his compatriot Hikaru Nakamura who messed up badly in the opening and made winning quite easy for So in the game. 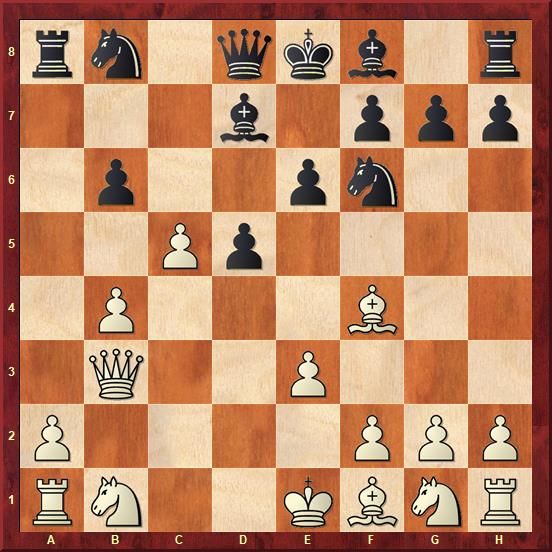 Nakamura vs So (var.) 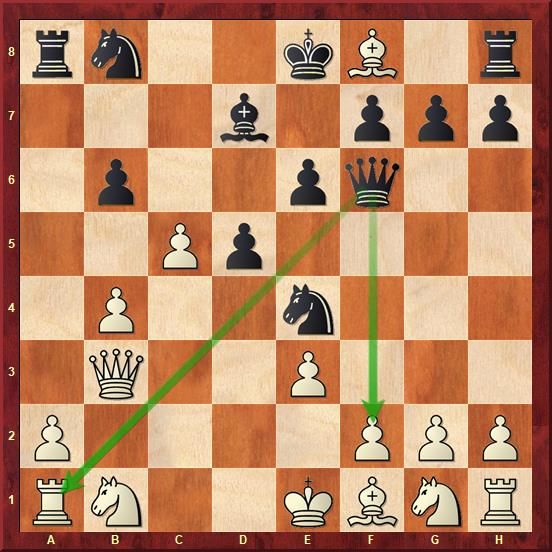 Instead, Nakamura played 10.Qb2 allowing Wesley to win a healthy pawn after 10...Nxd6 11.cxd6 Qf6 12.Qxf6 gxf6 13.b5 and 13...Bxd6. Once he had the advantage, So never let it slip. Nakamura tried to regain material by taking his knight on a dangerous excursion. He did win a couple of pawns out of it but ended up getting his knight trapped. After 34 moves, Nakamura decided to throw in the towel.

Aronian, in the meanwhile, lost a shocking game to GM Sergey Karjakin wherein he was completely winning. In a Giuco Piano, Aronian generated an overwhelming attack on the white king and was completely winning when an unfortunate accident turned the tables in favour of "the Minister of Defence". 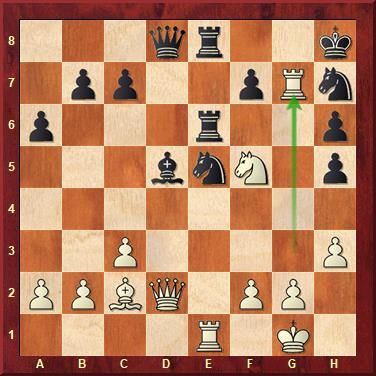 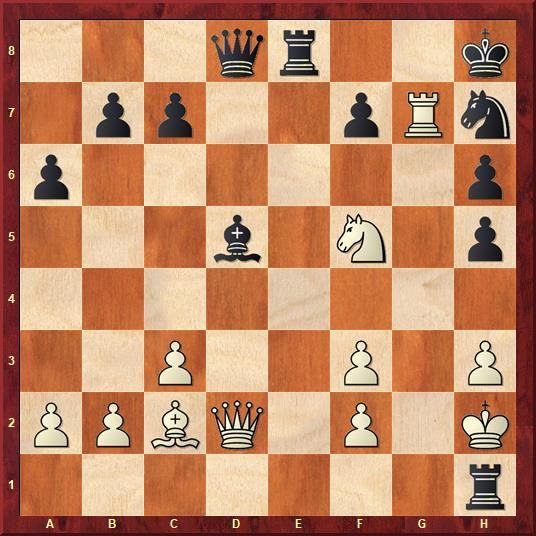 Of course, after white takes the rook with 28.Kxh1, black can win the queen with 28...Bxf3+. Not to mention, the white king is going to get mated very soon.

Despite losing in such a shocking manner, Aronian recovered well. In the very next round, he won against Caruana and signing peace with Maxime Vachier-Lagrave in round nine. The Minister of Defence miraculously turned the tables in round 7 | Photo: Lennart Ootes

Another unsuccessful day for Anand

For the only Indian in the fray, Viswanathan Anand, the Leuven rapids not only began disastrously but also finished with a whimper. On the final day, Anand lost his first two games and wrapped things up with an insipid draw in the ninth round against Wesley So.

In the first round of the day, Anand played Russian GM Alexander Grischuk. With the white pieces, Anand went for a pawn sacrifice in the Najdorf variation of the Sicilian. Consequently, Anand had better piece play while Grischuk enjoyed his extra pawn. Despite his compensation, however, it was unclear how Anand was going to recover his pawn. 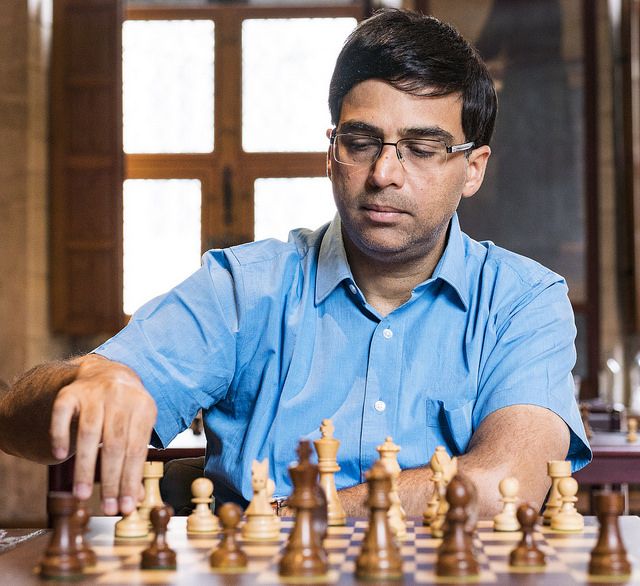 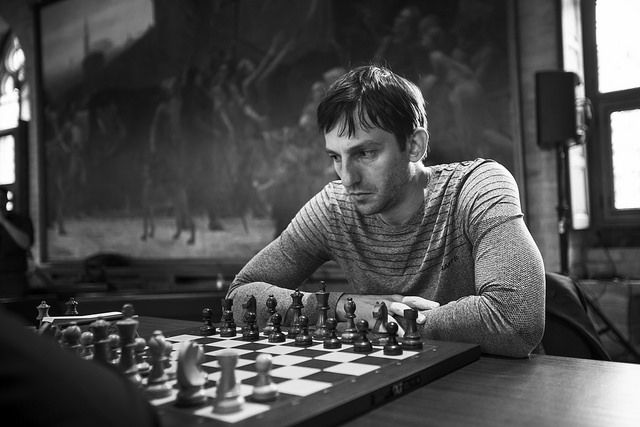 In round 7, he lost against GM Alexander Grischuk

Grischuk took some time to find his way through the position and was down about five minutes on the clock as play progressed. But his position made up for his time disadvantage. Anand’s compensation for the pawn had grown more and more intangible while, on the other hand, Grischuk had coordinated his pieces to weave a kingside attack. Seeing his position slowly disintegrate, Anand gave up an exchange which turned out to be a downright blunder. After Grischuk accepted the exchange, Anand resigned immediately.

Trying to hold ground in a tournament that was going horribly wrong, Anand tried playing safely against Hikaru Nakamura in round eight. Anand had essayed the solid Berlin Defence with the black pieces but Nakamura was out for blood from the very start. Thrusting his kingside pawns forward, Nakamura tried generating an attack on the black king. But Anand reacted well and duly shut down the attack. Once the dust had settled, what remained was a double rook endgame where Anand had an extra pawn but Nakamura had the better position. 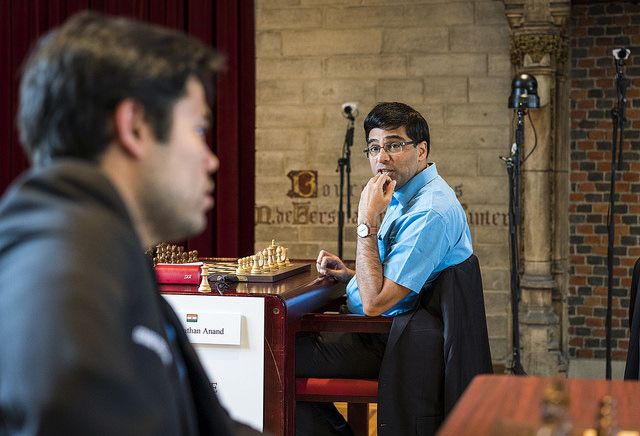 Despite Anand’s material advantage, Nakamura’s active rooks and Anand’s structural weaknesses on the queenside made the Anand’s situation quite difficult. Anand tried giving up one of his weak pawns to inflict weaknesses in the white camp but this hardly changed much. Anand’s position looked completely tied down and the Indian ace was forced to stick to passive defence. What Nakamura had to figure out still was how he could break through. 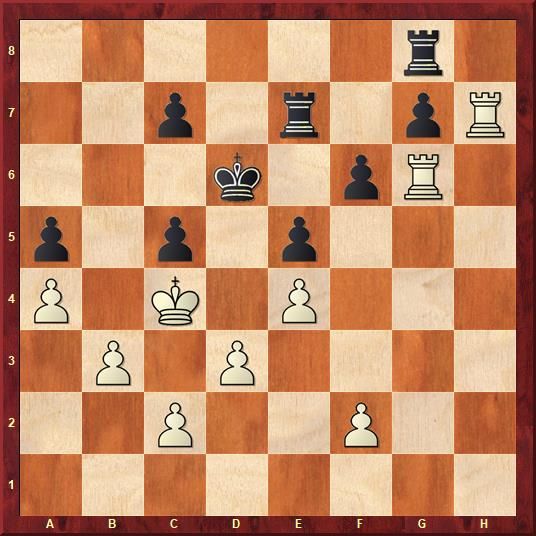 All of white's pieces are better than their counterparts here. But how does white break through?

After lots of back and forth shuffling, Hikaru tried penetrating into the enemy lines by exchanging a pair of rooks and this worked wonderfully well for the American GM. Another pawn break from Nakamura occurred on the 69th move and this just spelt doom for Anand. Five moves later, even though the material on the board was equal, Anand was forced to resign. Nakamura had succeeded in creating a passed pawn in the centre while Anand’s king was trapped in a corner. Furthermore, with the white king being so mobile, it was child’s play from this point to convert the game.

In the final round of the day, Anand had the white against the tournament leader, Wesley So. Having lost both of his first two games, Anand was clearly dejected and went into an almost symmetrical middle game deploying the sedate exchange variation of the French Defence. This uninspired opening choice clearly alluded that Anand wanted to finish the day off for once with a quick draw.

And what problems could Wesley So possibly have had with this? He was leading the tournament being three points ahead of his nearest rival and had the black pieces. He, therefore, simply co-operated with Anand and exchanged all pieces. Anand even gave up a pawn to reach the opposite coloured bishop endgame which gave neither side any chances whatsoever. By the 22nd move, the players were seen shaking hands. 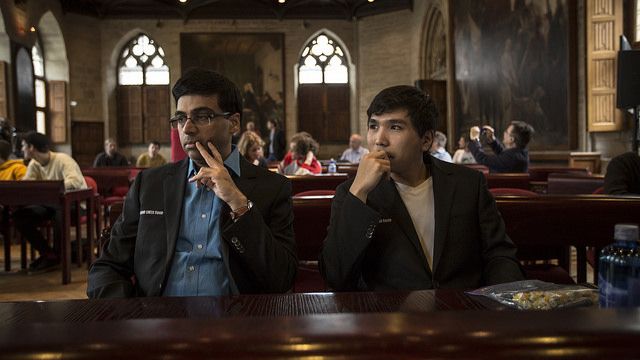 With this quick draw, So finished first in the rapids while Anand acquiesced to the bottom-most spot on the leaderboard. | Photo: Lennart Ootes

With this draw, Anand, along with Anish Giri, has remained on the very bottom of the leaderboard with a score of 5/18. Fabiano Caruana, after his fantastic run at the Grenke Chess Classic and Norway, also had a dismal finish in the rapid leg in Norway. He is one spot and two points ahead of Anand and Giri on the leaderboard with a score of 7/18 while his compatriot, Wesley So is leading comfortably with 14/18. Eighteen more games of blitz remain to be played in Leuven in a double round robin that begins today. But since the scoring in the blitz is half of that of the rapid (one point for a win and half point for a draw), Anand will have a tough time climbing up the leaderboard and make a comeback.