On the second day of the Leuven Grand Chess Tour Rapids, Wesley So continued his dominance over the field scoring two wins and a draw yet again. The American number two is now up to 10/12, two points ahead of his nearest rival, Levon Aronian. Viswanathan Anand finally won his first game of the event on day two beating Fabiano Caruana in the sixth round. However, in his very next game, Anand blundered inexplicably in a drawn endgame against Maxime Vachier Lagrave. An illustrated report with games.

After a rather dismal start on the first day, Indian ace Viswanathan Anand continued to struggle with form on day two of the Your Next Move Leuven Rapids. Having suffered two losses on the previous day, Anand played solidly in round four – the first game of the second day – against Sergey Karjakin hold on to a draw and even won his fifth round game against Fabiano Caruana. But a slip in the sixth round against Maxime Vachier Lagrave put Anand back to the bottom of the leaderboard.

In round four, Anand hardly had any problems with the black pieces against Sergey Karjakin. The game began with an Italian Opening in which Anand was able to equalize comfortably. Trading light-squared bishops, Anand broke in the centre quite early. A mass exchange of pieces followed that left the players in a queen and knight versus queen and bishop endgame where both sides had equal pawns. 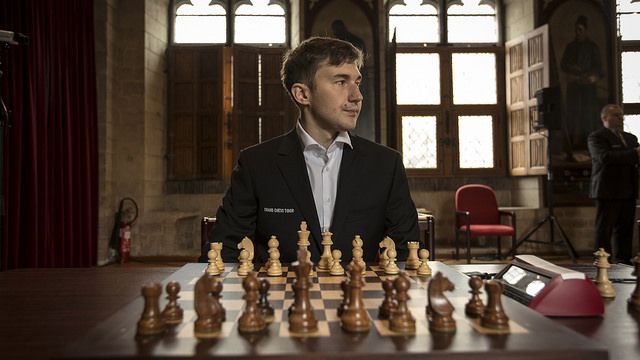 Anand drew his fifth round game against Karjakin quite comfortably | Photo: Lennart Ootes

The game looked dead equal around the 25th move but the players continued to battle until the 50th move when peace was signed via move repetition.

Having drawn his fifth game with black, Anand had the white pieces in the sixth round and the Madras Tiger made the most of having the first move. This game gave Anand his first win of the tournament. When it began, however, it did not look too promising.

In a fairly equal middle game that arose from a Sicilian Kan, Caruana was able to induce a lot of exchanges. By the 27th move, everything except a couple of minor pieces was traded off. White had two knights against black’s knight and bishop while both sides had seven pawns apiece. Anand had a small space advantage in the position but nothing looked too serious. And it was just around here that Caruana began to fumble. An inaccurate knight move by Caruana added a little bit more to Anand’s advantage as the American Grandmaster was forced to allow Anand to damage his pawn structure.

Within a few moves, Anand demonstrated that structural damage wasn’t the only thing wrong with Caruana’s position, however. The big problem Caruana suffered was that of his badly placed knight. While Anand’s knight penetrated into the black camp and targeted all of black’s pawn weaknesses, Caruana’s knight remained a mere spectator. Gaining two passers on the queenside Anand soon got a winning position and forced resignation by the 57th move. 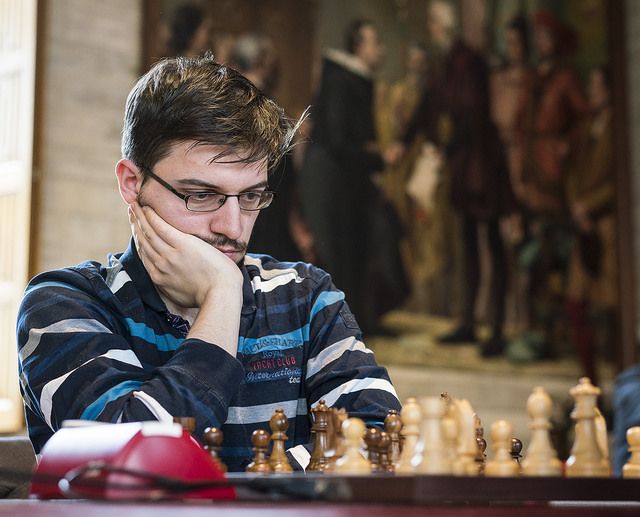 After Anand, it was MVL's turn to register his first win in Leuven | Photo: Lennart Ootes

In the final round of the day, Anand had the black pieces against Maxime Vachier-Lagrave. Just like the previous game, this one also looked rather innocuous. In fact, the game had opened with the mainline of the Berlin defence which led the game into an equal-ish endgame in merely eight moves.

Also, Vachier-Lagrave had drawn all of his games until this point in the tournament and there was no reason for anybody to believe this was going to be an exception. Vachier-Lagrave did have a slight edge in the position but it was hardly realizable.

Lots of pieces were exchanged over the course of the next moves and a rook endgame was reached. Vachier-Lagrave had an extra pawn here but since all pawns were on the queenside and since the white king was restricted by the black rook, the position was very difficult to convert. It seemed the game was about to conclude soon. And it even did, but not with the expected result. 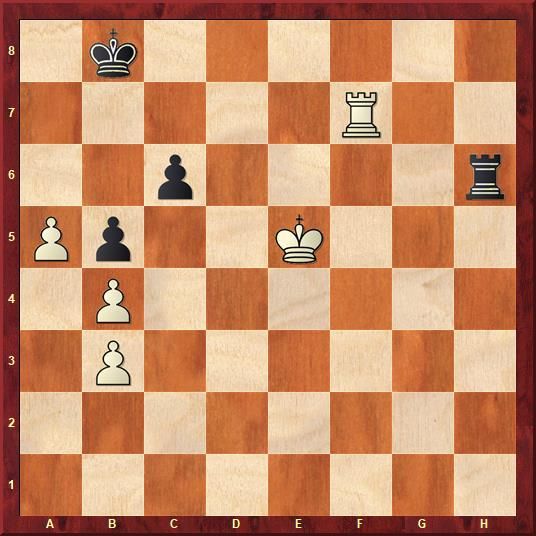 Black can safely wait here with 47...Kc8 or 47...Rg6 as long as the white king is cut off from the sixth rank. But Anand, on his 47th turn, blundered inexplicably playing 47...Rh3. This allowed the black king to enter into his position with decisive effect. This coming from Anand was quite incredible especially considering that he had around 4 minutes on the clock to consider his options.

Meanwhile, tournament leader, Wesley So, continued his superb form in the tournament and repeated his first day’s performance, scoring two wins and a draw. Especially interesting was So’s fifth-round game against Alexander Grischuk. 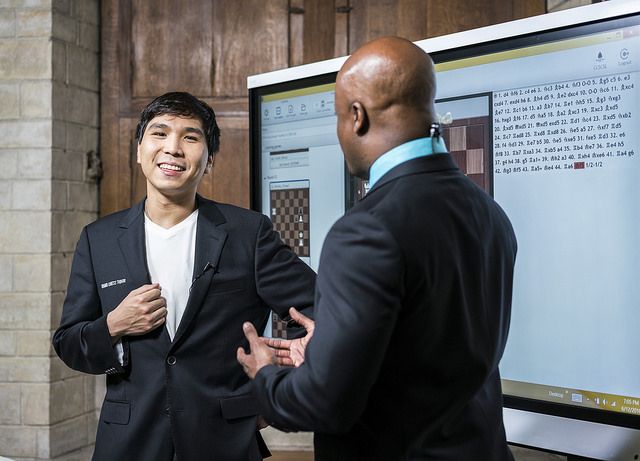 So in an interview with Maurice Ashley | Photo: Lennart Ootes

The game had opened with an Anti-Berlin and So had managed to get the better position in the middlegame. But instead of building more pressure in the situation, So opted to liquidate completely into an equal looking king and pawn endgame. This looked counter-intuitive at first but So had a very crafty idea up his sleeve. Creating a passed pawn on the kingside, So deflected the white king to that side of the board while his own king harvested all pawns on the queen’s wing.

So in action against Grischuk | Photo: Lennart Ootes

Grischuk did have better defences in this endgame but he was in serious time trouble by the time this position was reached. Considering the time factor, going for the endgame was an excellent pragmatic choice by Wesley that gave his opponent the opportunity to go wrong.

This was Wesley’s second straight win of day two. He completed the day’s proceedings with a draw against Aronian in the sixth round. With three rounds to go, Wesley is already two full points ahead of his nearest rival, Levon Aronian, with a score of 10/12.

Thanks to his win in the fifth round, Anand jumped up a spot and is no longer the tailender on the leaderboard. With a score of 4/10, he is placed eighth in the standings.