Alireza Firouzja (FRA) continues to play fantastic chess as he got an advantage out of the opening against Krishnan Sasikiran in the eighth round of FIDE chess.com Grand Swiss 2021. The France no.1 became World no.4 in the live ratings after he won his game. He now has a full point lead 6.5/8 over his competition. Ten players are at 5.5/8. Harikrishna, Sasikiran and Nihal are at 5.0/8 each respectively. Harika also has the same score in the Women's event, followed by Vantika and Vaishali at 4.5/8 each. Sethuraman, Vaishali and Padmini were the only three victors among Indians. Round 9 starts today at 5:30 p.m. IST. Photo: Anna Shtourman/FIDE

Divya misses a win against Gunina

WGM Divya Deshmukh quite possibly missed the opportunity to score the biggest win of her chess career so far, against GM Valentina Gunina. Although it was a simple tactic, it is evident that such a strong event and high-pressure situation can take a toll on any player. 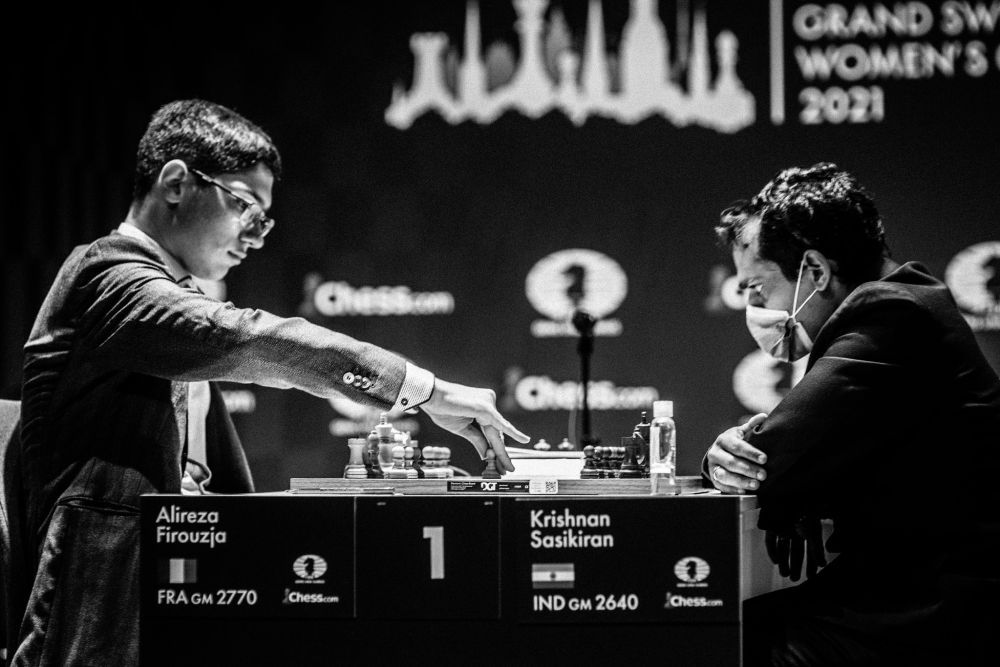 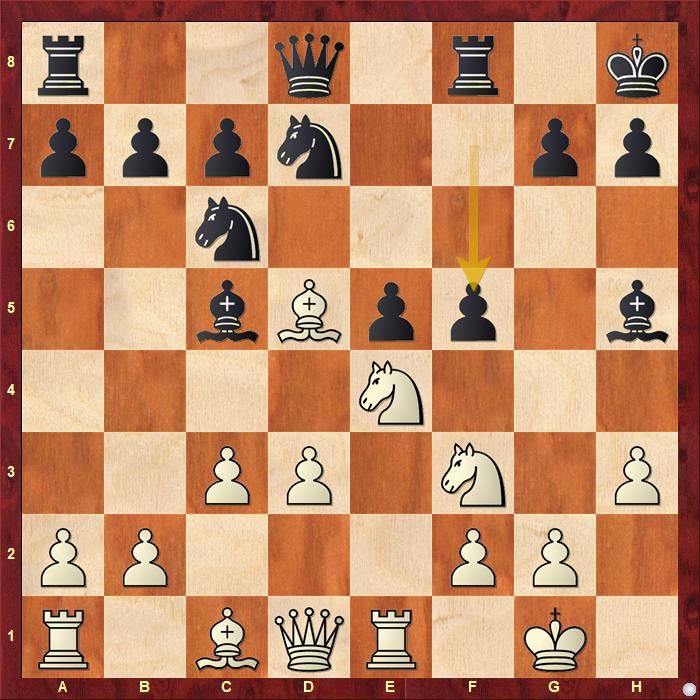 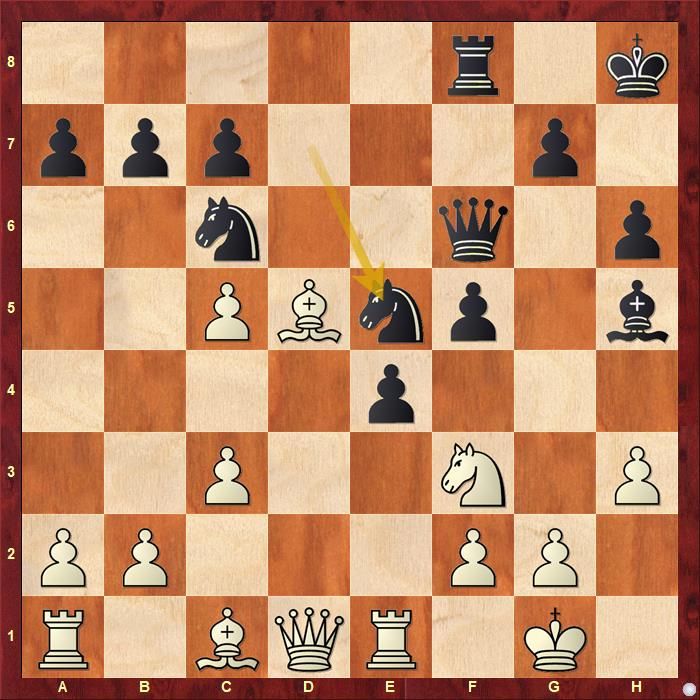 Sasikiran's Namaste and a nice gesture after losing his game to Alireza Firouzja | Video: ChessBase India 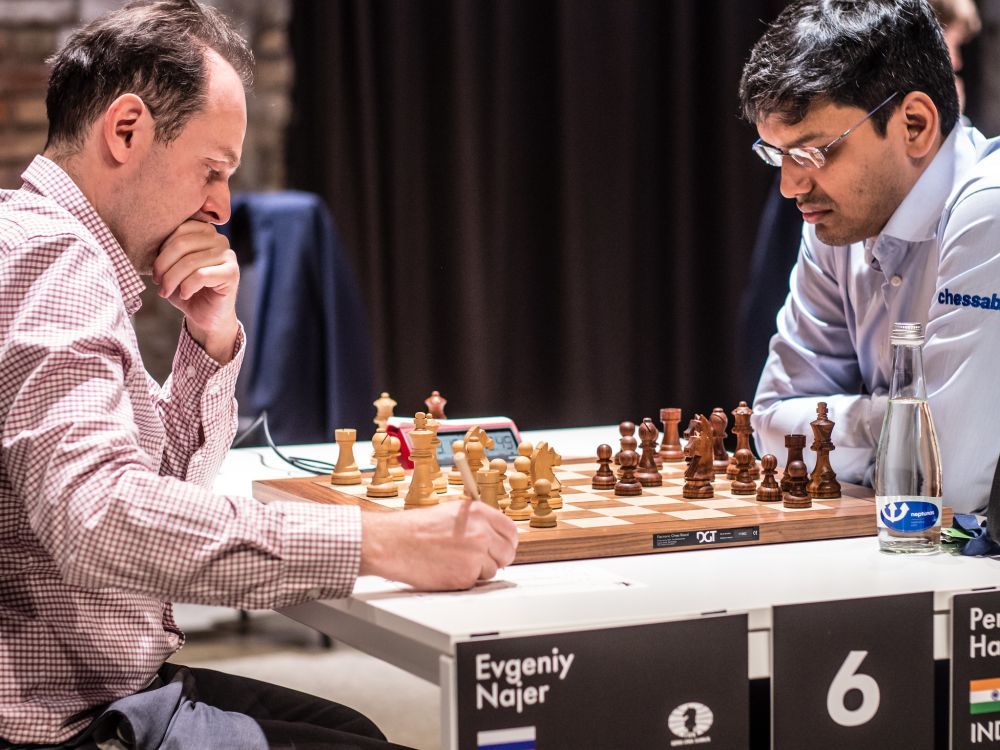 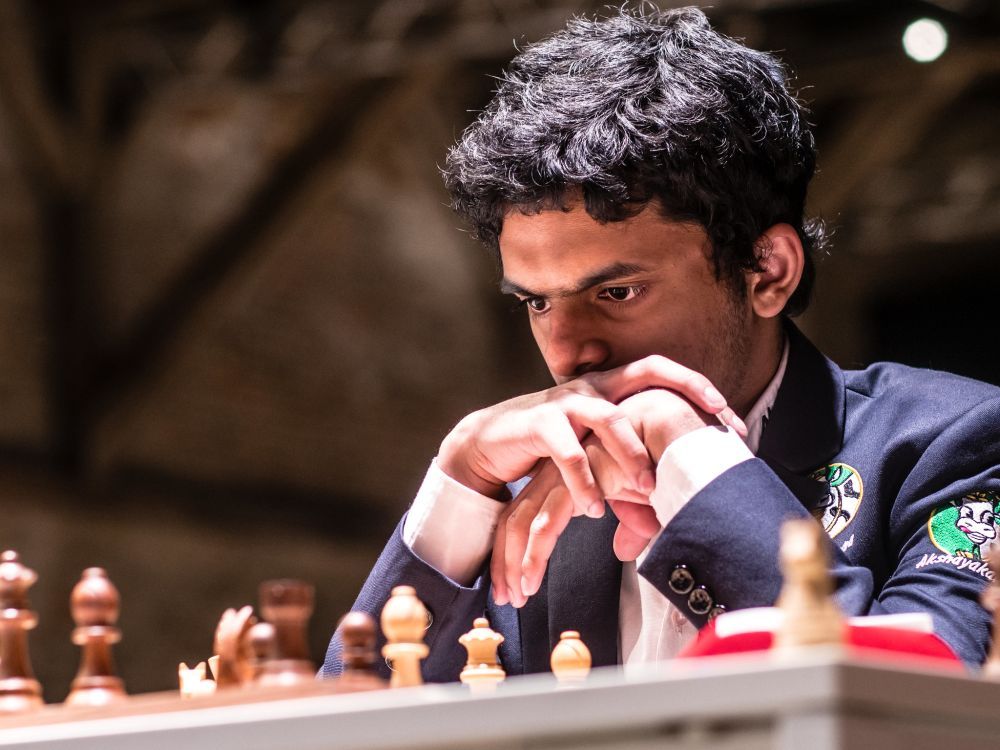 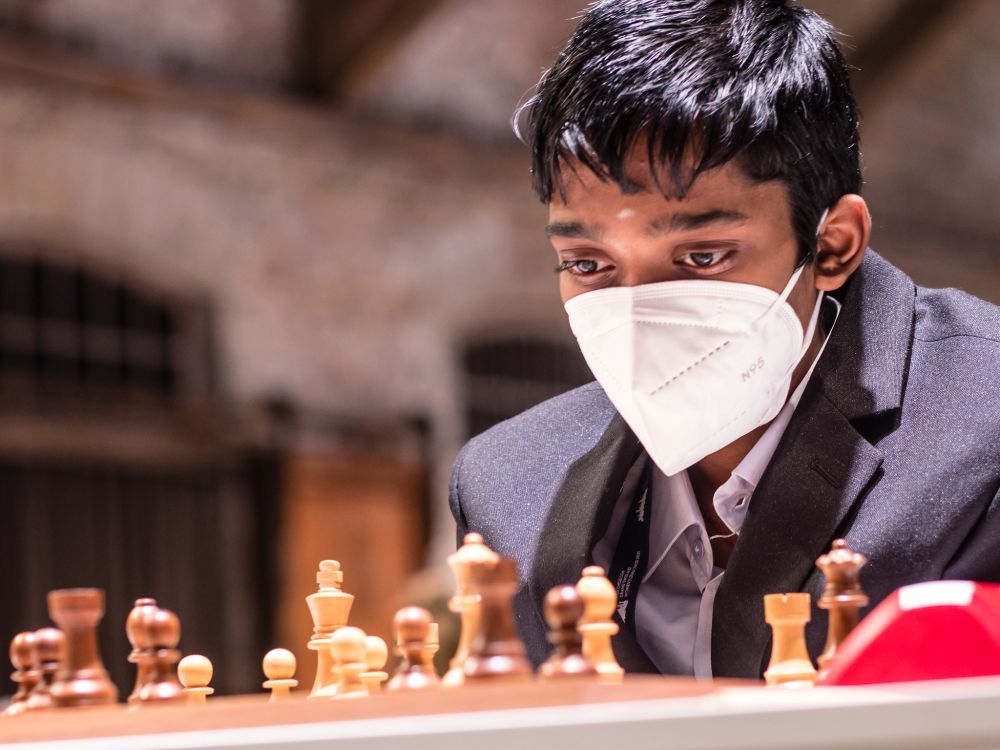 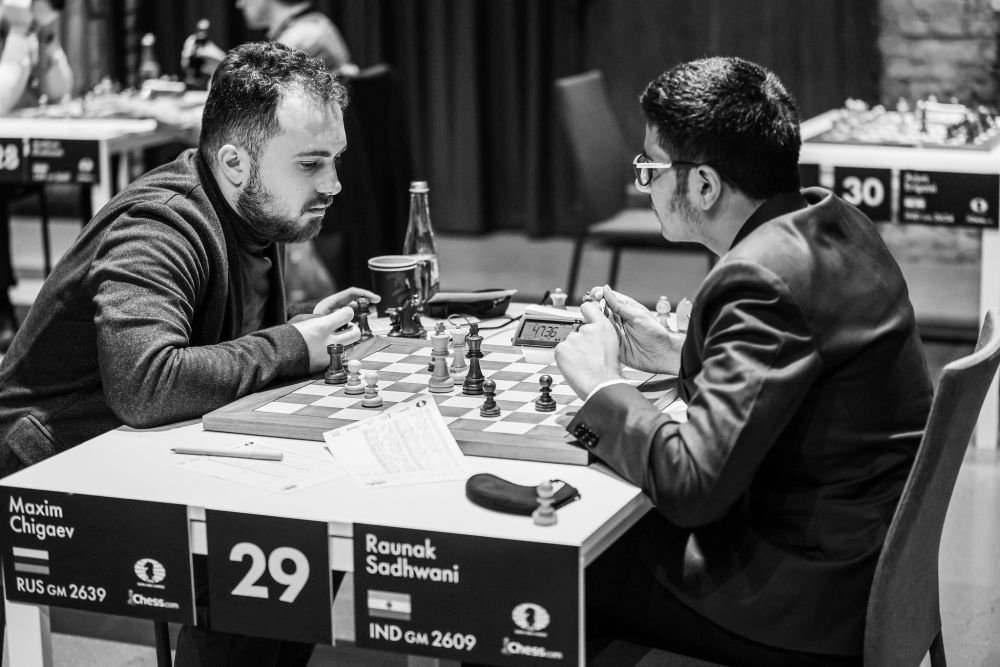 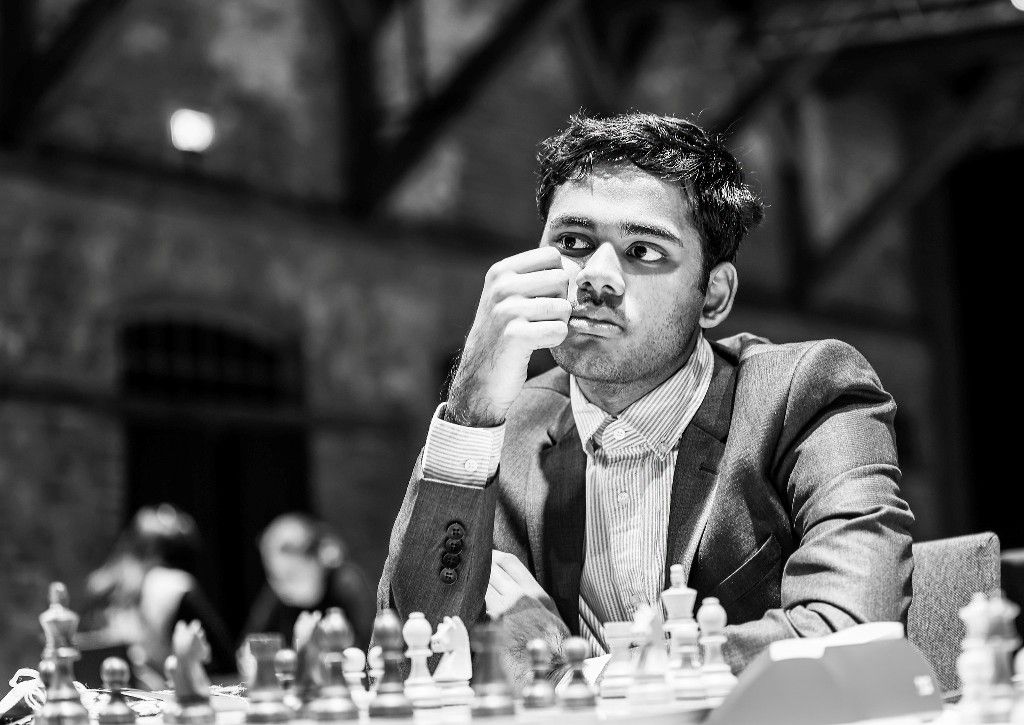 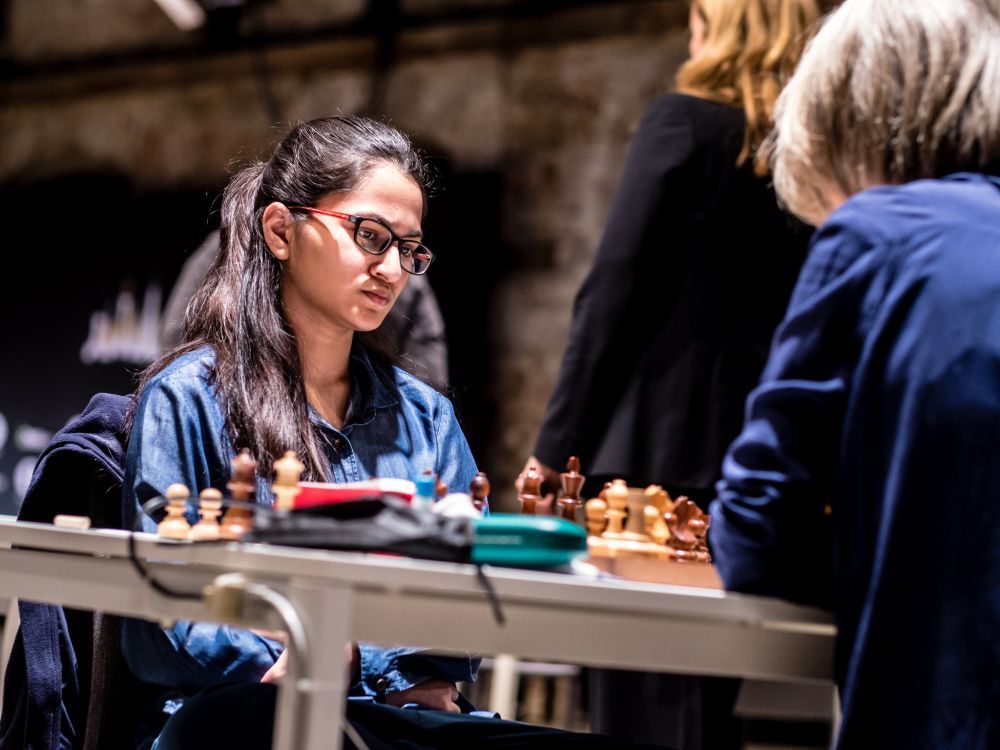 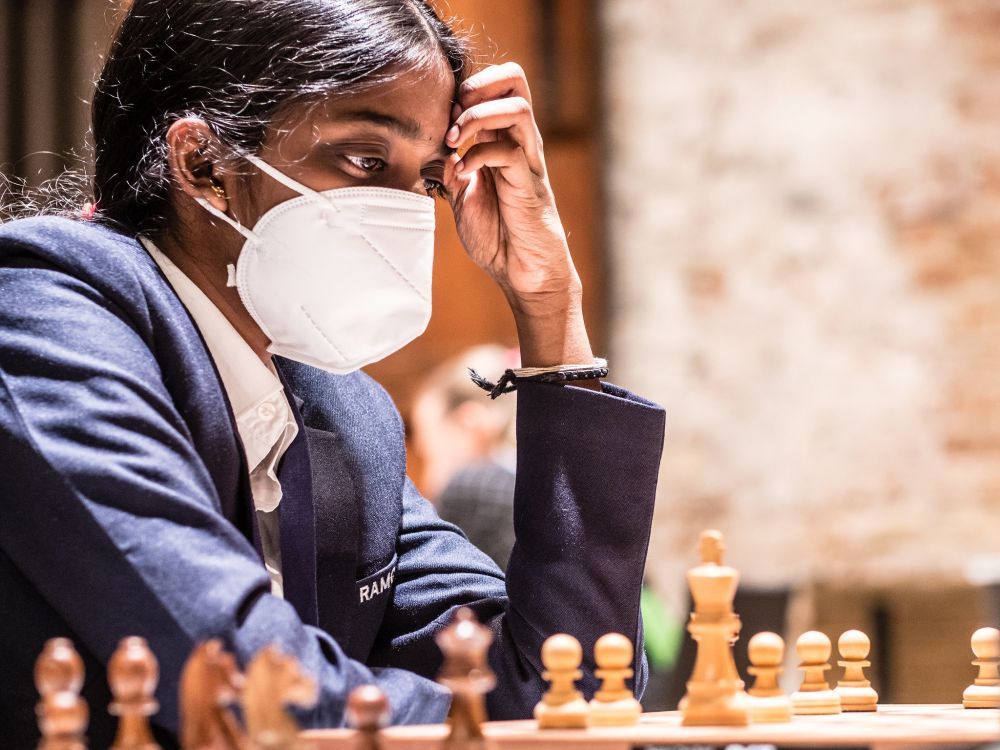 WGM Divya Deshmukh got herself a very good opportunity against GM Valentina Gunina (RUS) after the latter overlooked her opponent's tactical shot. 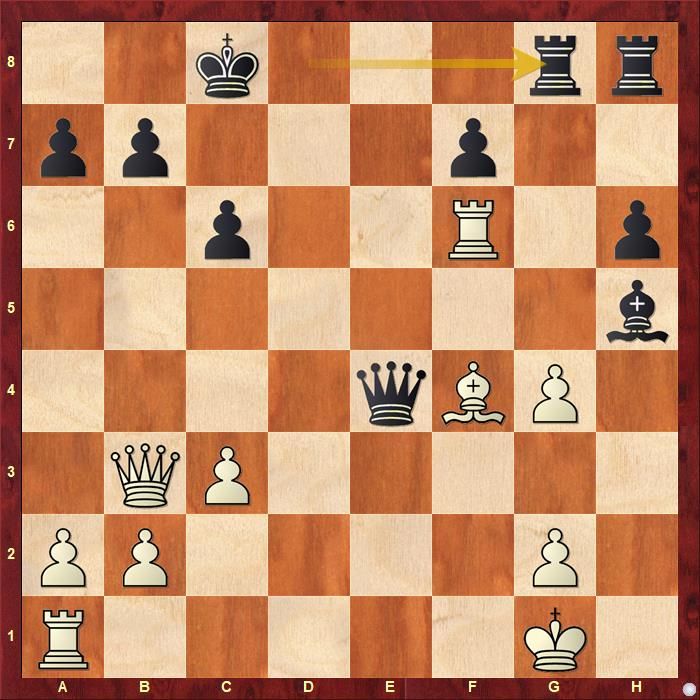 A few interesting finishes from Round 8 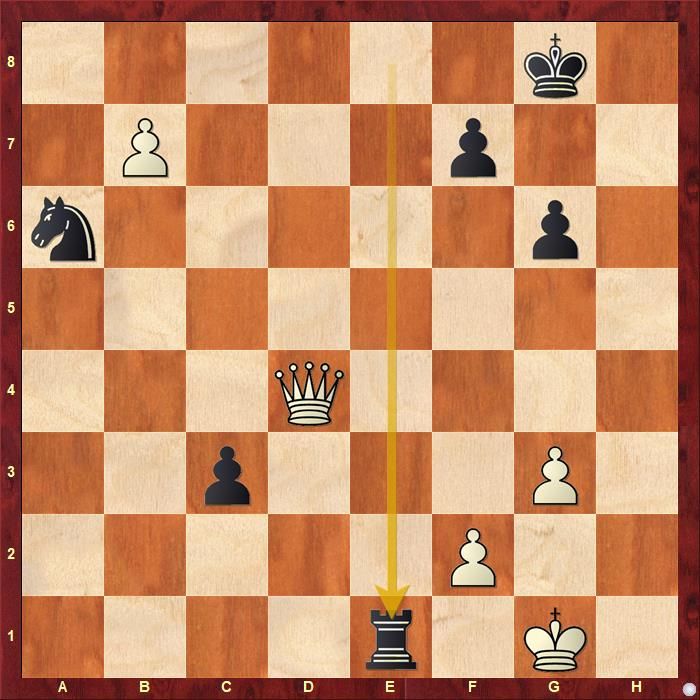 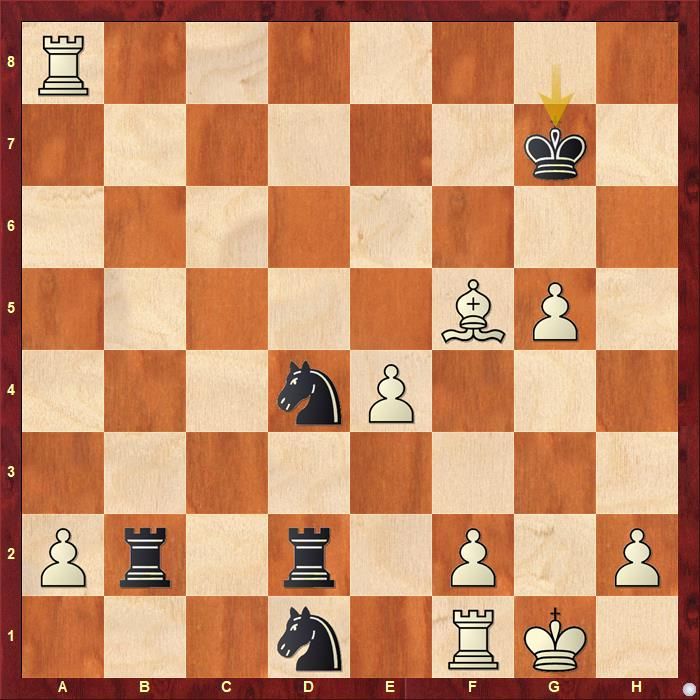 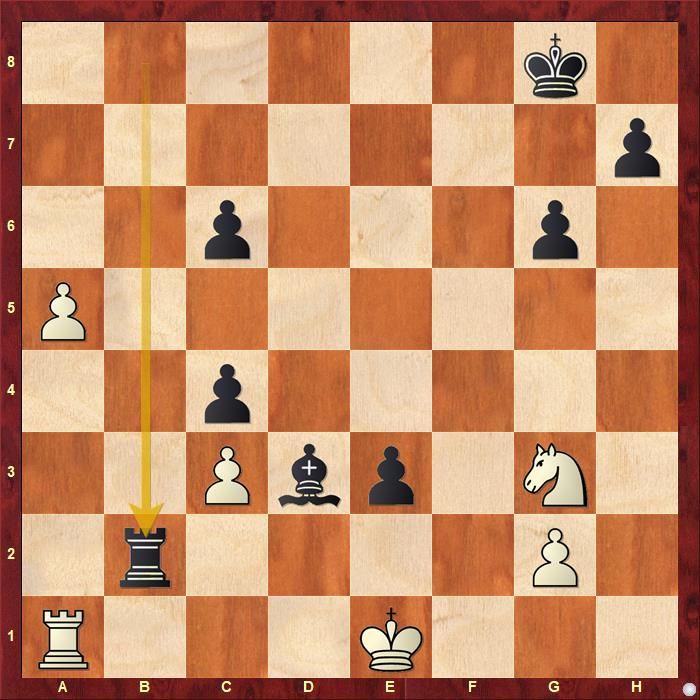 Tingjie Lei has no plans of slowing down as she made a hat-trick| Photo: Mark Livshitz/FIDE 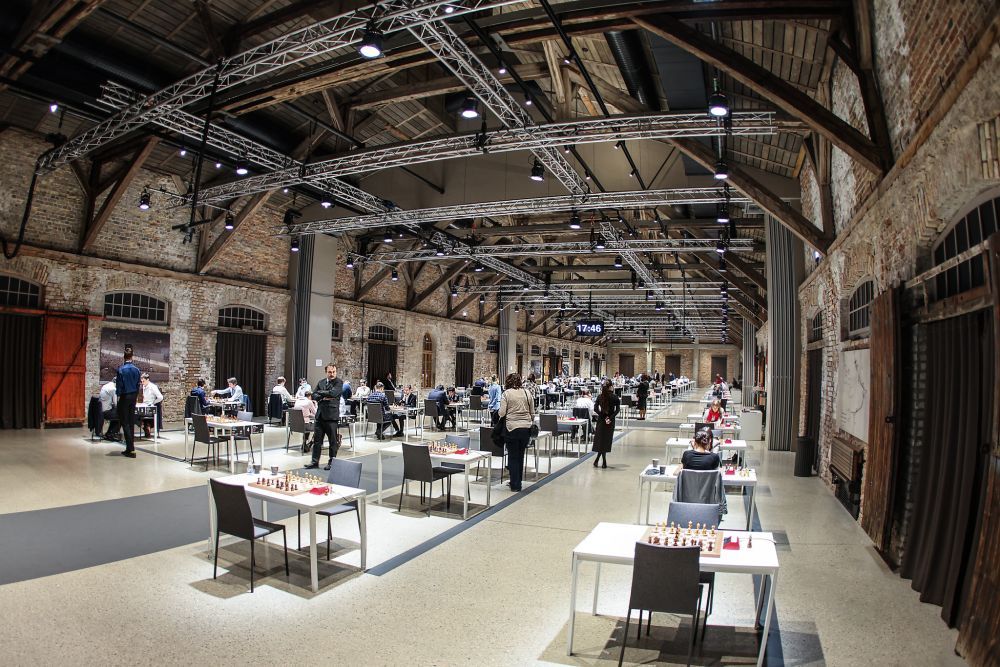