Harikrishna scored his second consecutive win of the event to move to 2.5/4 at the conclusion of the fourth round of FIDE chess.com Grand Swiss 2021. Nihal, Gukesh and Sasikiran drew their respective games against three strong Russians, Ponkratov, Fedoseev and Artemiev. WGM Jiner held Harika to a draw. Padmini missed a completely winning opportunity against Kashlinskaya. Divya escaped a loss against Sophie. Vaishali scored a comfortable victory. Vantika, Raunak and Sethuraman drew with Anna Sargsyan, Maxim Matlakov and Boris Gelfand respectively. Round 5 starts today at 5:30 p.m. IST. Photo: Mark Livshitz/FIDE

Nihal and Harika in pursuit 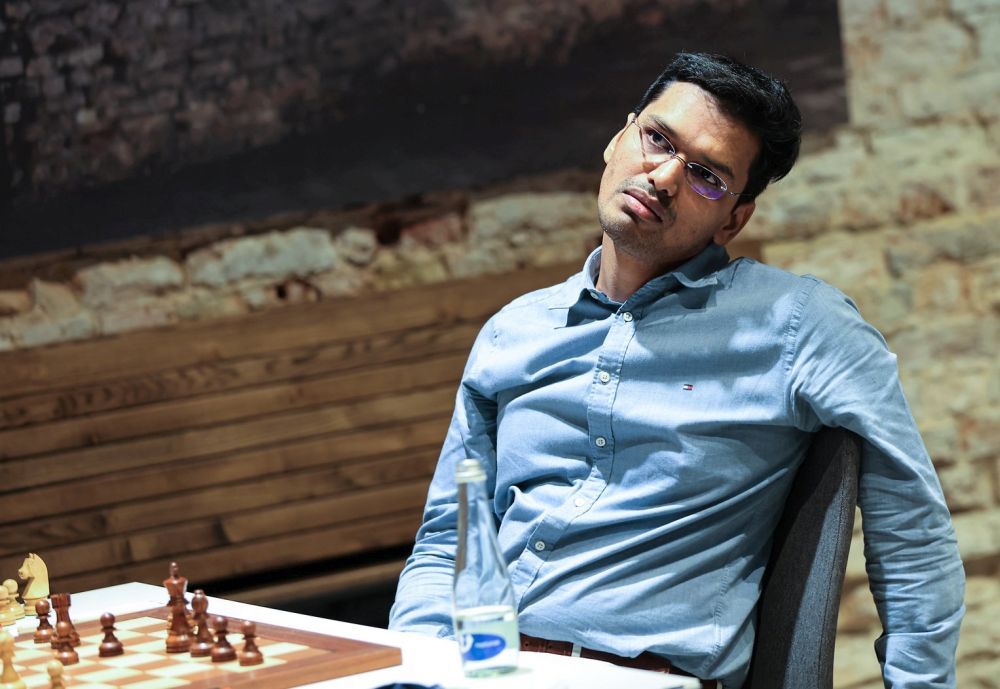 Pavel Ponkratov made a greek gift sacrifice on Nihal's kingside. 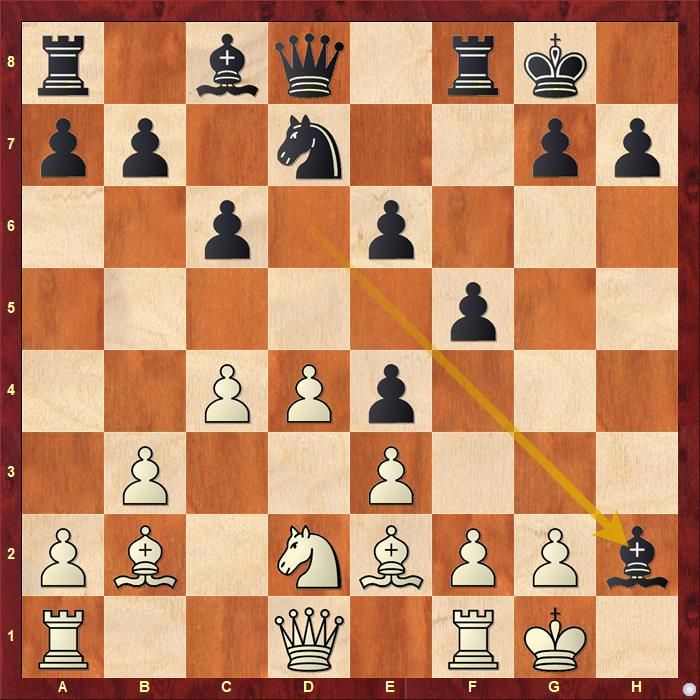 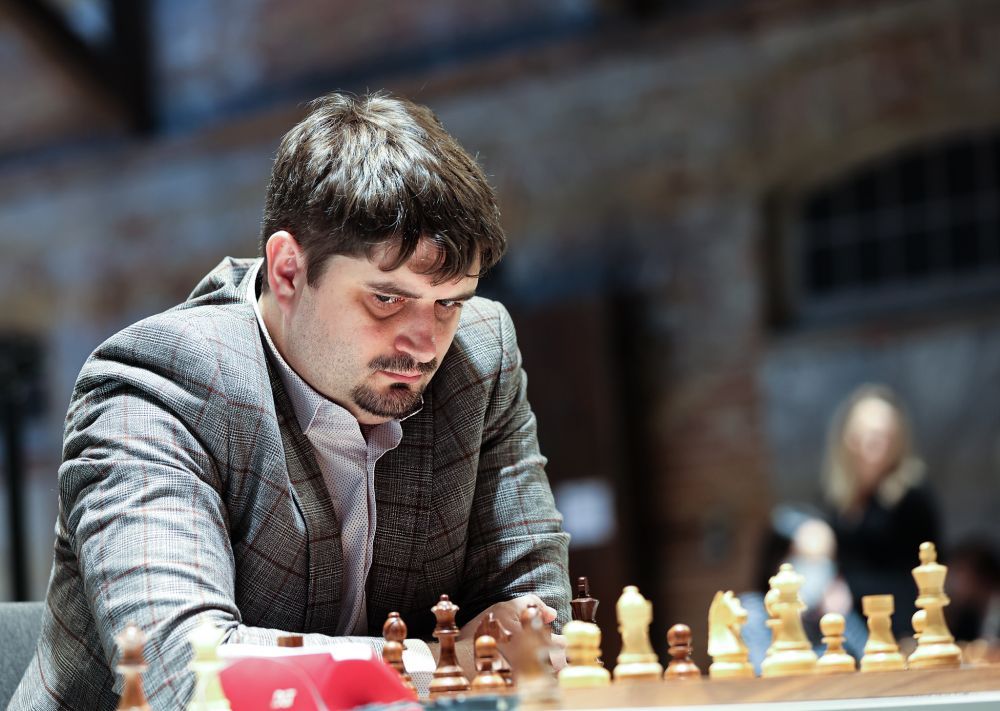 Vladimir Fedoseev decided to give up an exchange against Gukesh at the right moment. However, he did not follow through correctly and allowed his opponent to get back in the game. 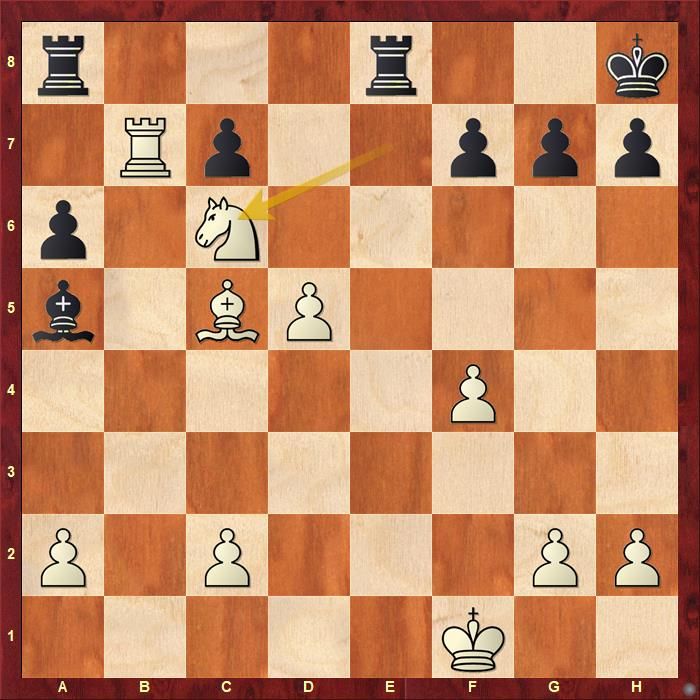 Although the knight is well-placed at c6, it allows Black some counterplay 25...Re1+ 26.Kf2 Rc1 27.Ra7 Rxc2+ 28.Kf3 Rxa2 29.Bb8 Kg8 and eventually White used the d-pawn as a leverage to get a perpetual check. Perhaps 29...h5 would have been a better try instead of bringing the king all the way to the center as Black got into a perpetual because of that and did not get any time to push the passed a-pawn.

When you have piqued Shirov's interest in your game, you know that you have made it | Photo: Anna Shtourman/FIDE 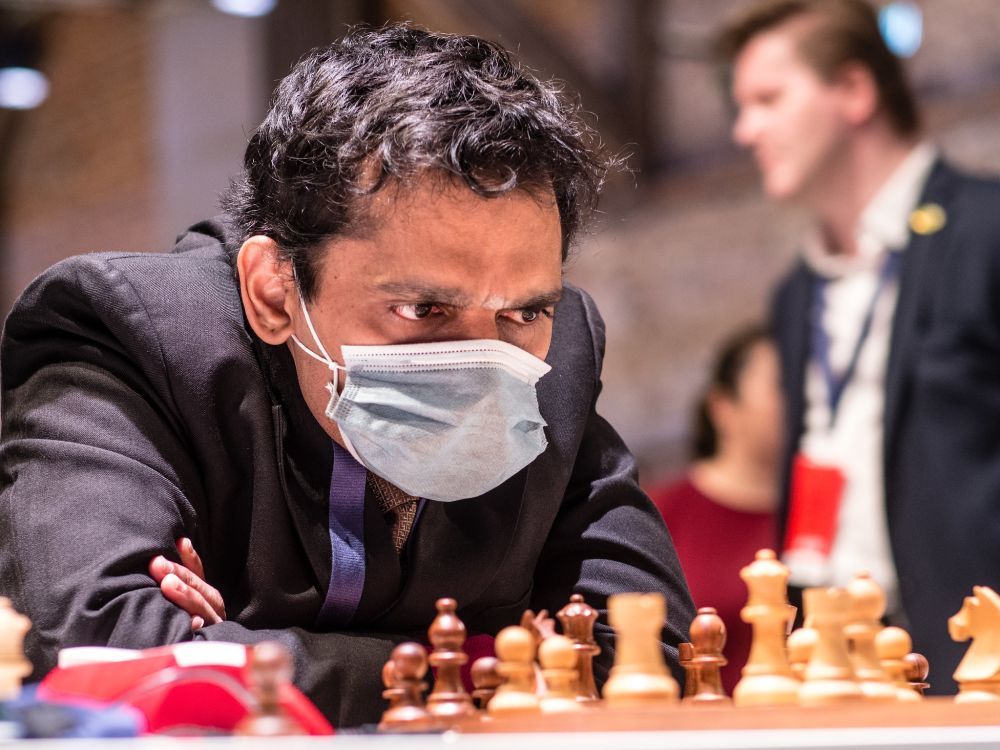 Harikrishna scored his second consecutive victory in the event, this time against Sergei Movsesian (ARM). 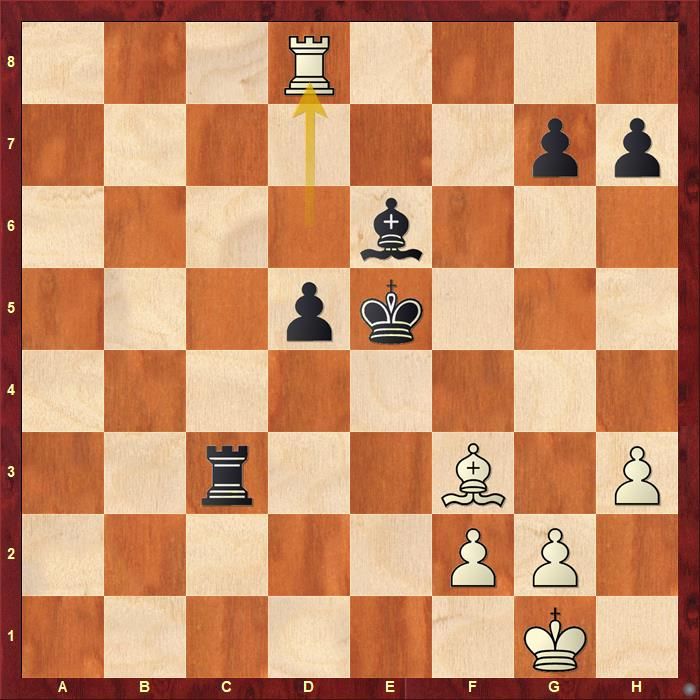 33.Ra6 would have kept White in the game. However, 33.Rd8 is a game losing mistake, find out why. 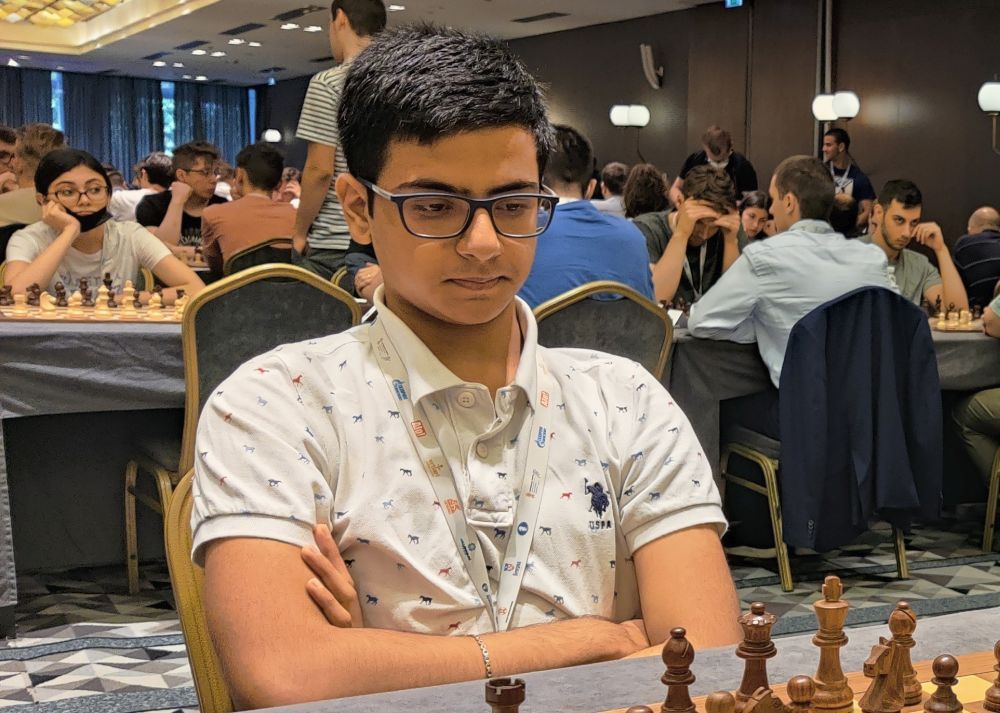 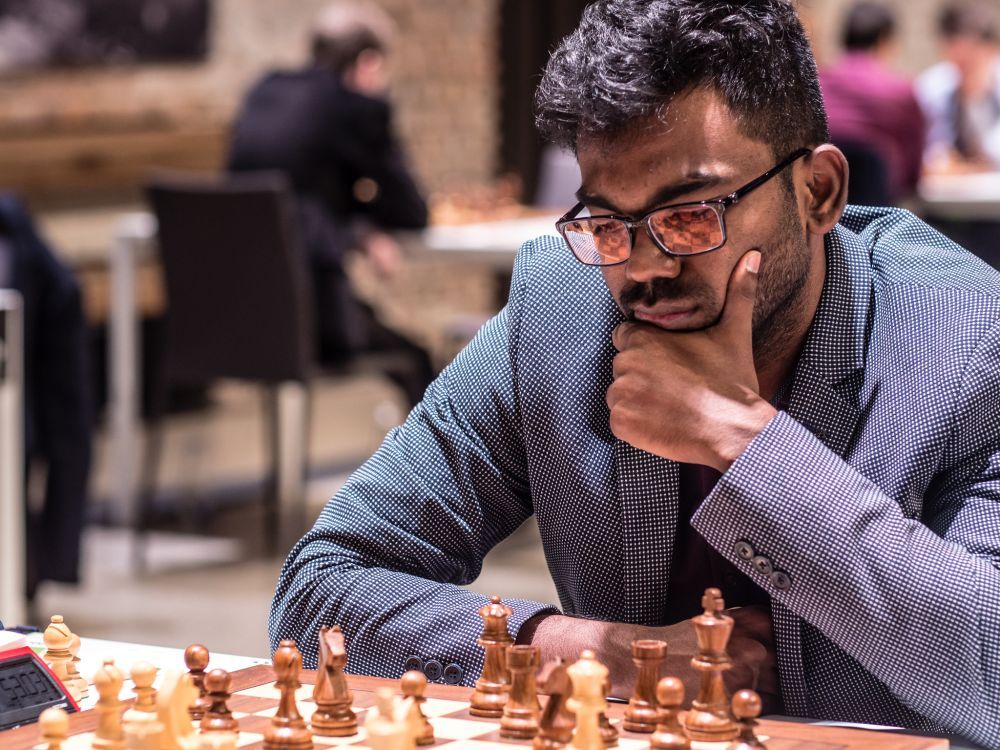 Harika had to sacrifice a pawn to prevent her position from getting worse. Later in the double rook and minor piece endgame, it seemed like Jiner Zhu (CHN) had something. However a careful inspection reveals that there was not much practically. 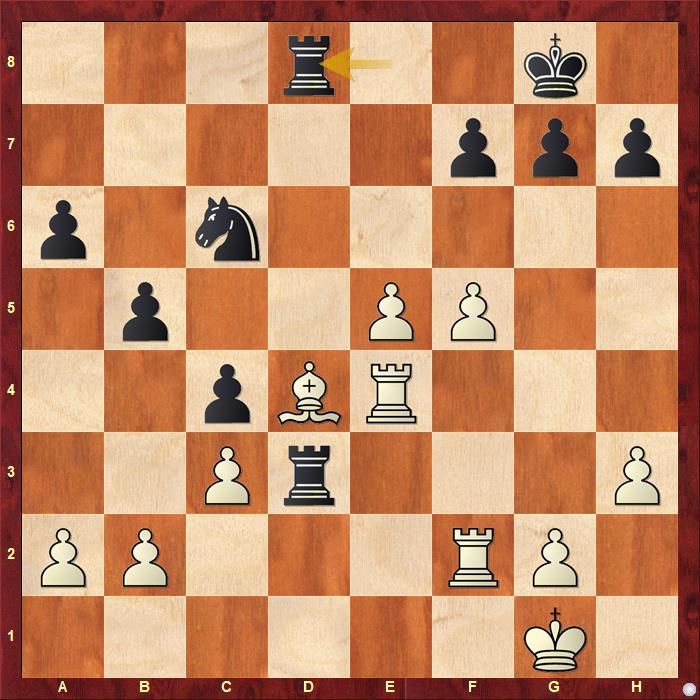 Computer may not like 32...Rd8 for Black, in reality there is nothing White can do to take advantage of it either via 33.Bb6 or Be3. White is unable to create a real threat or a passed pawn on e-file. The game meandered into a draw. 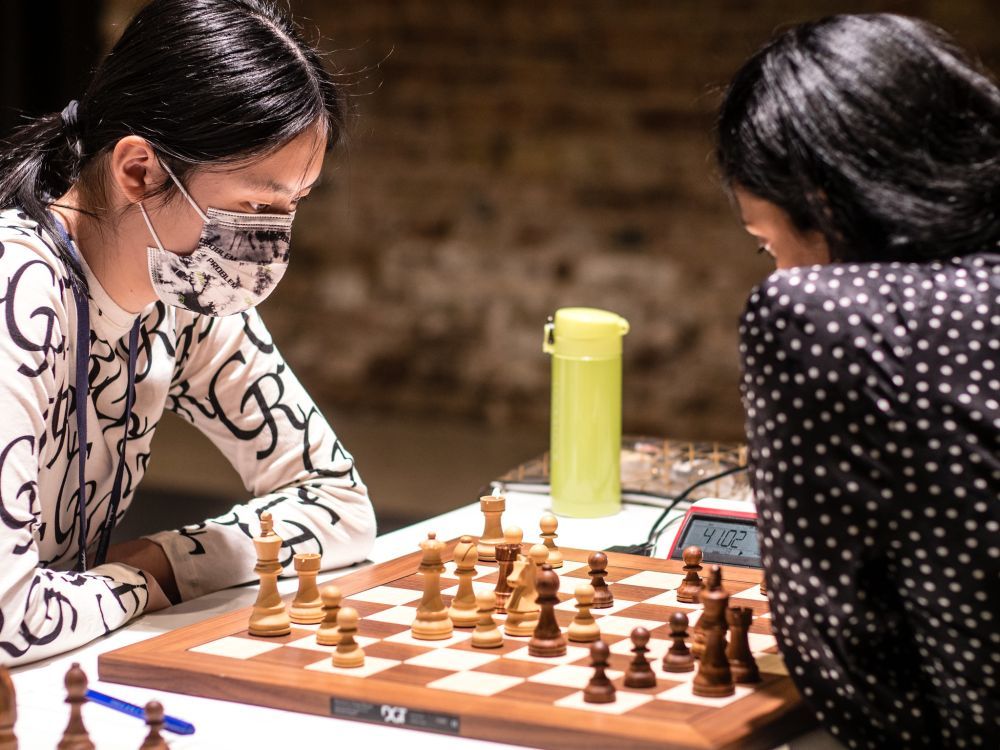 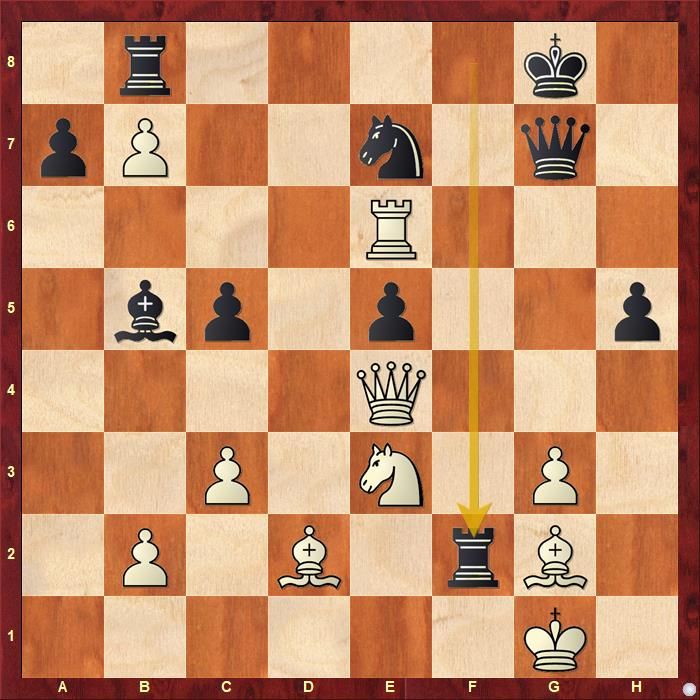 Black has made a bluff 29...Rxf2. The best way to refute a sacrifice is to accept it. This case is no different either. 30.Kxf2 Qf7+ 31.Nf5! and now no matter which piece Black captures in any way, White wins the game. Unfortunately, White opted for 30.Nd5 which is a bigger mistake and lost the game in the next few moves. 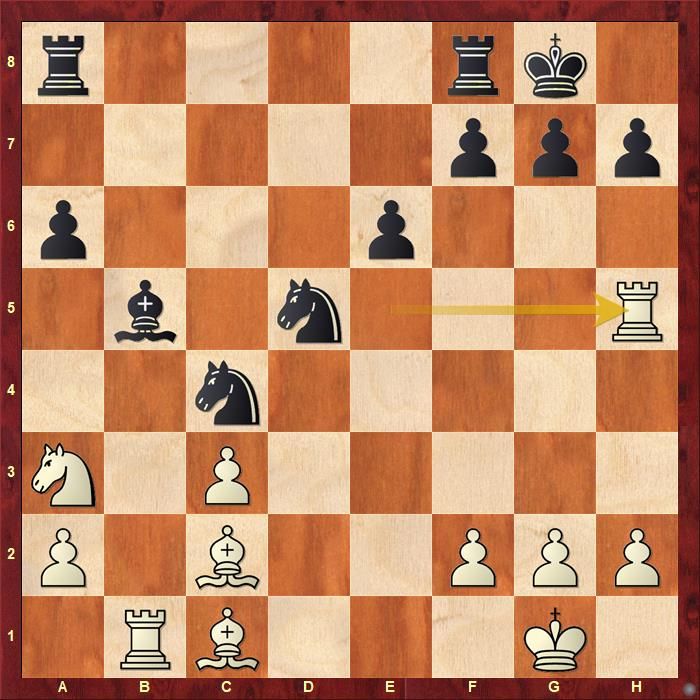 21.Rh5 might give Black a slight edge. However, it is not enough to get anything substantial. 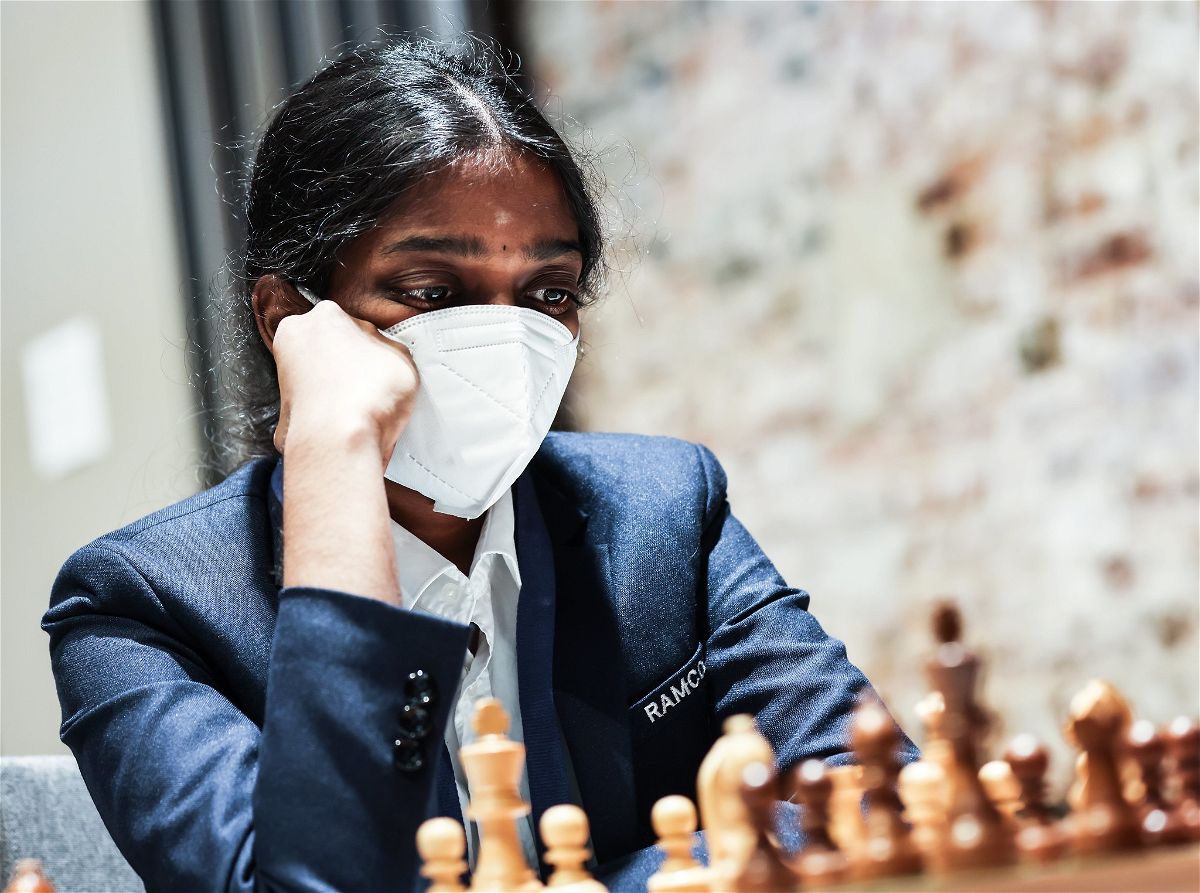 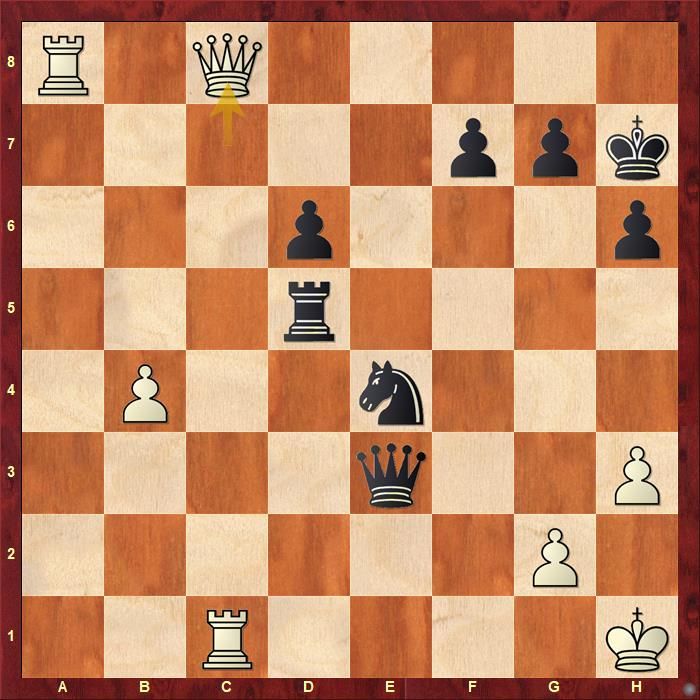 Find out the winning continuation for Black in the above position. Black missed her opportunity and played 36...Rg5 which allowed White to save the game 37.Ra2. The game continued for another 70 moves before a draw happened with only kings left on the board. 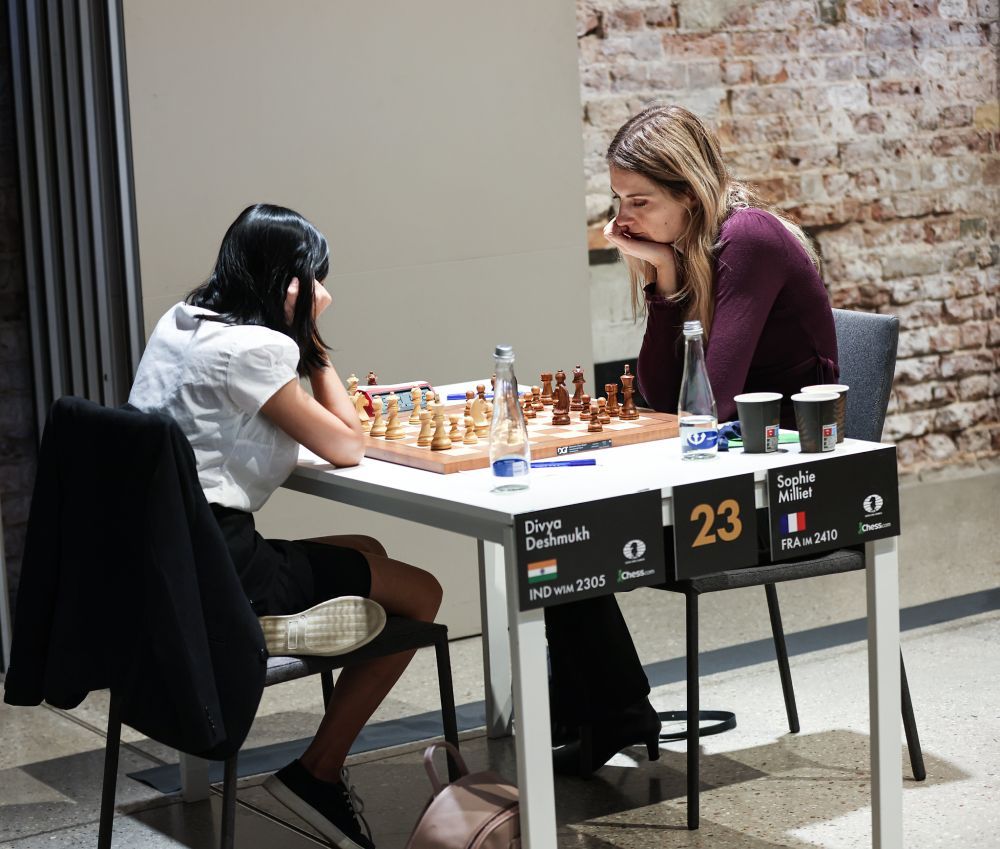 A few interesting finishes from Round 4 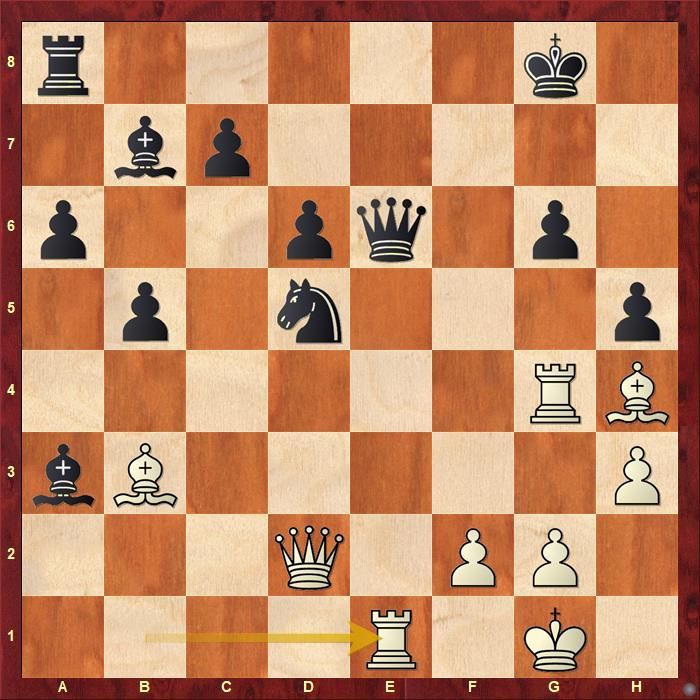 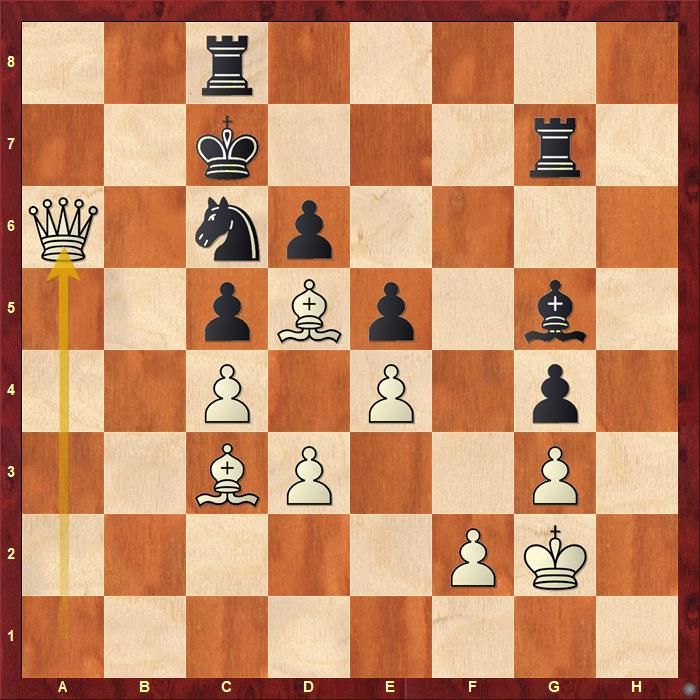 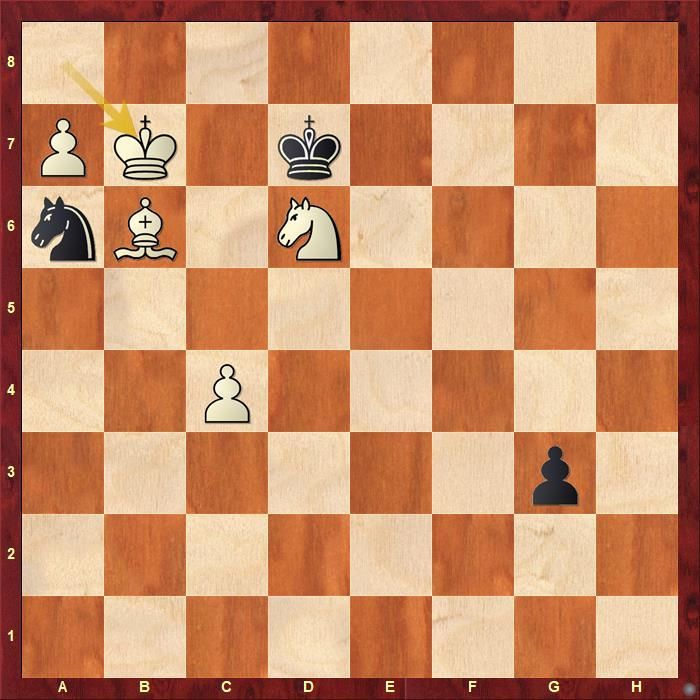 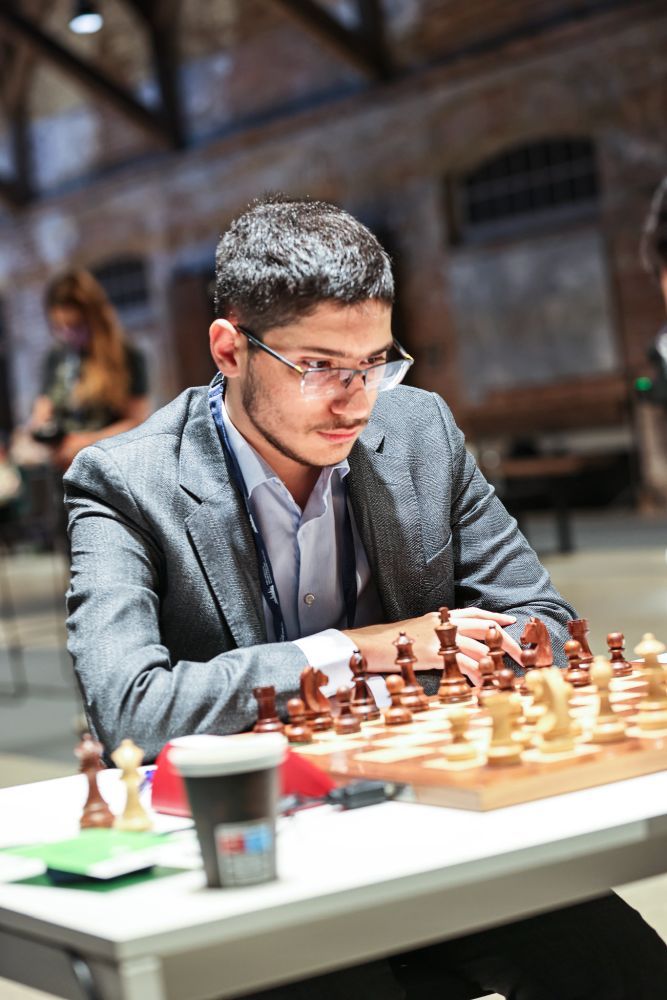