It was only Shakhriyar Mamedyarov who got the better of Vishy Anand in round 9 of Croatia Grand Chess Tour 2019. All other games ended in draws in the same round but they were top-notch, fighting draws nevertheless. Round 10 was comparatively way too uneventful as all six encounters ended in dim draws - three of them, incidentally, finished with an opposite-coloured bishop endgame, two ended up with perfectly symmetrical pawn structures in rook endgame. In the top matchup between Wesley So and Magnus Carlsen, the former opted a tame line in Nimzo-Indian with the white pieces and drew in no more than 36 moves. The final round will be played on Sunday, with Carlsen versus Vachier-Lagrave and Aronian versus So being the highlights of the day.

Mamedyarov gains upper hand over Anand in round 9 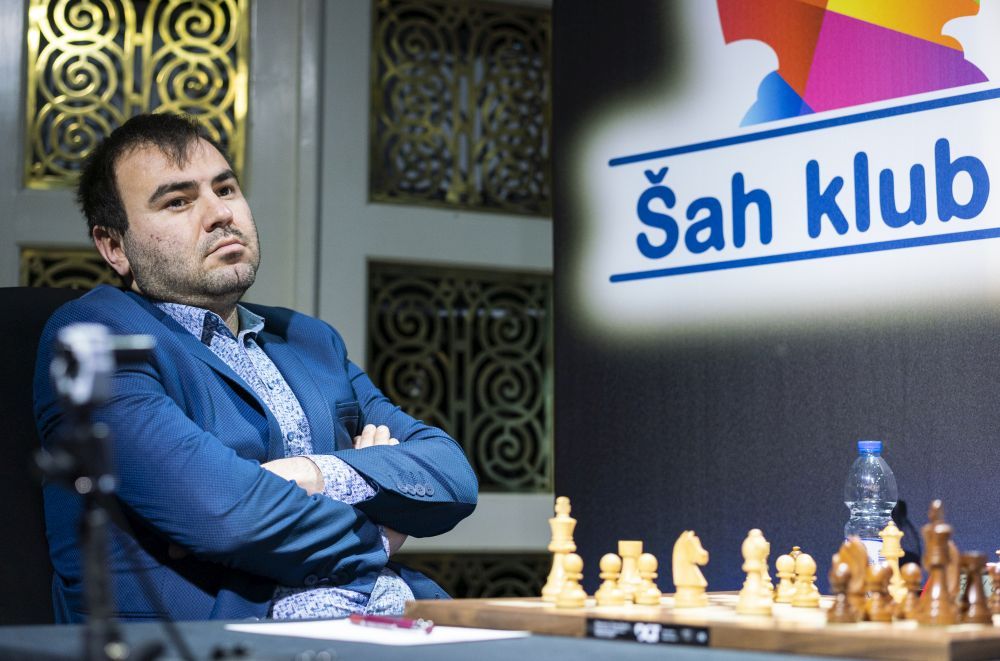 Shakhriyar Mamedyarov has slipped to the 14th place in the live ratings list and hasn't been in a good form lately but in round 9 against Vishy he was able to register a fine victory | Photo: Lennart Ootes / Justin Kellar

Shakhriyar Mamedyarov was not having the greatest of tournaments at Croatia Grand Chess Tour 2019. Losing three games to Ian Nepomniachtchi, Wesley So, and Anish Giri in the first eight rounds of the event and winning none, it was finally in the ninth round that fortunes shined upon him. In round 9 of the tournament he was up against Vishy Anand with the white pieces. Out of the Vienna variation of Queen's Gambit Declined Shakh was able to create a good centralized position with both of his bishops pointing nicely towards black king. 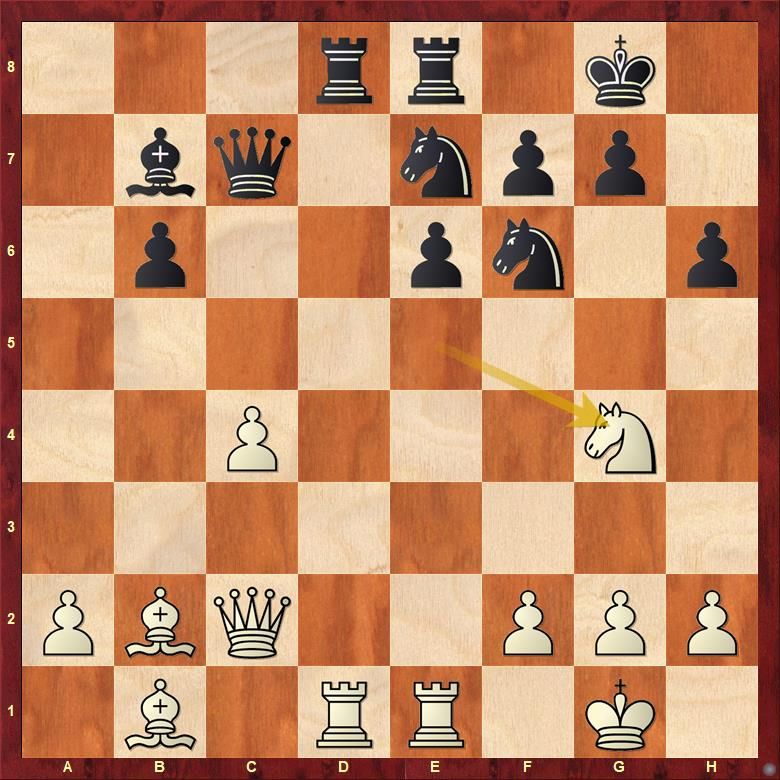 In the above position, when White's pieces were all beautifully developed, came 22.Ng4 - the first critical move of the encounter! Black had to be careful for threats like Bxf6 / Nxf6 followed by Qh7+ were in the air already. Of course, 22...Nxg4 was out of question because of Qh7+ and mate on g7 next, and if 22...Ng6 then there was 23.Bxf6 gxf6 24.Nxf6 winning an exchange. Hence, Vishy went for 22...Ne4! - the most optimal defense in the position. 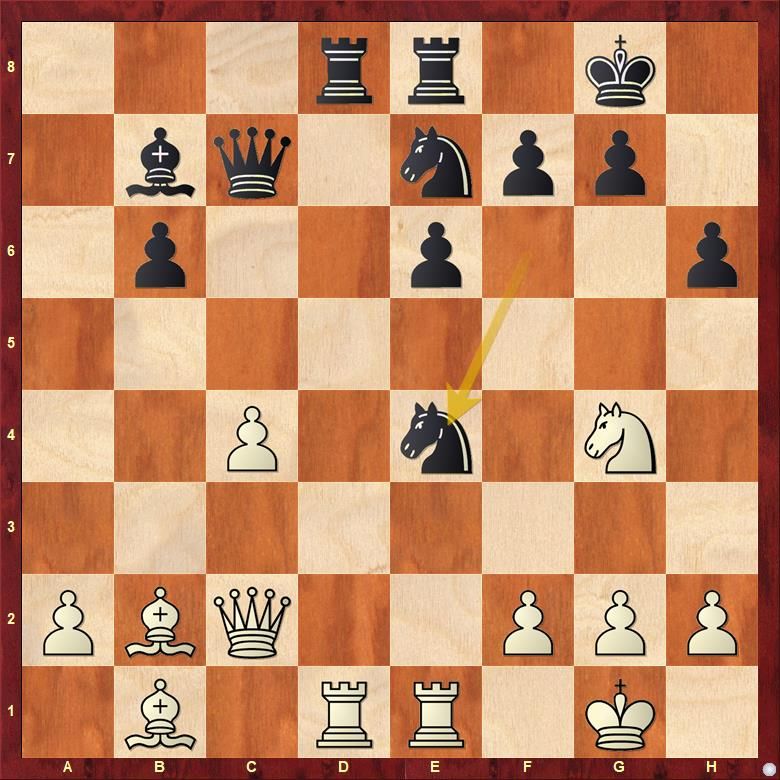 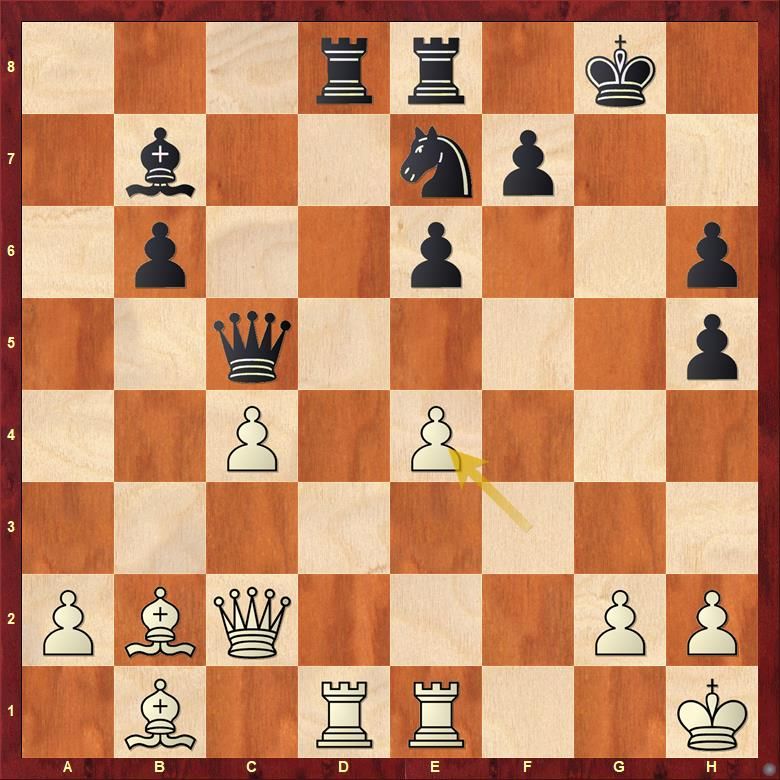 Position after 26. fxe4 ... What would you play if you were Black here?

In the game Vishy played 26...e5 hoping to close White's lines of attack, Shakh simply replied with 27.Rd5 so that now after Black captures on d5 White reopens the lines of attack with exd5! 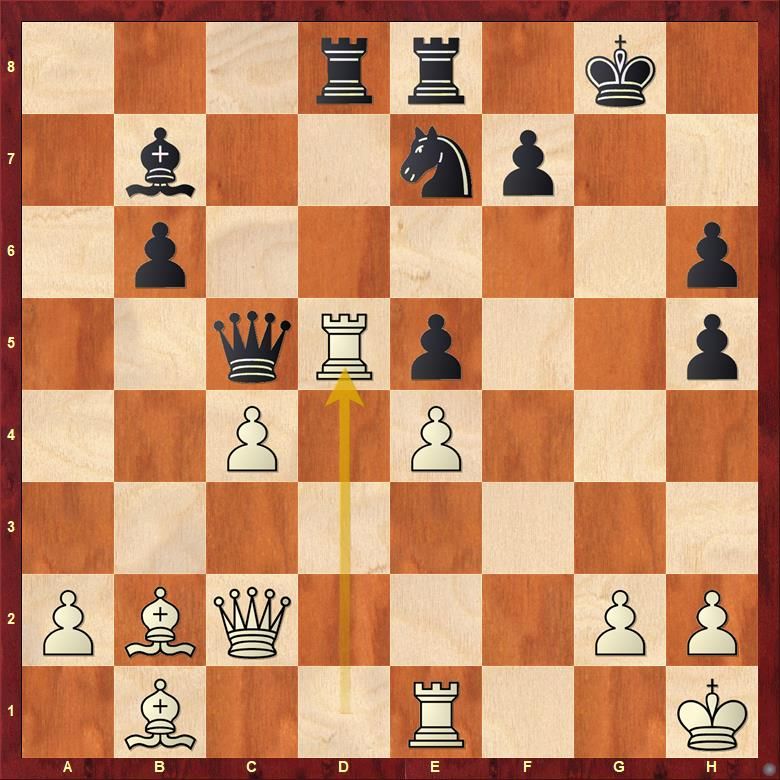 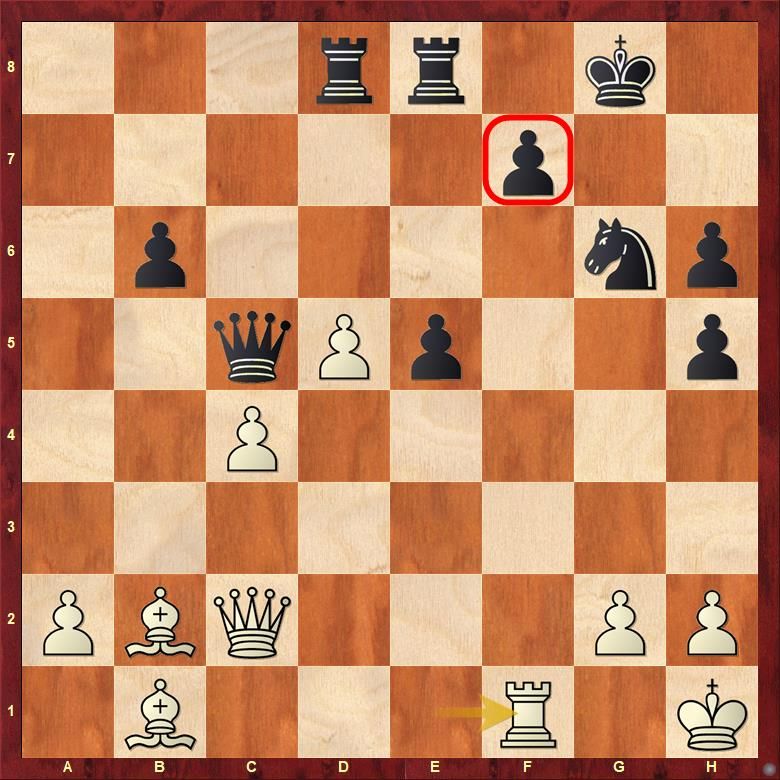 A few more moves later the white queen infiltrated h6 and the white rook was on f5 dangerously stanced around the black king. 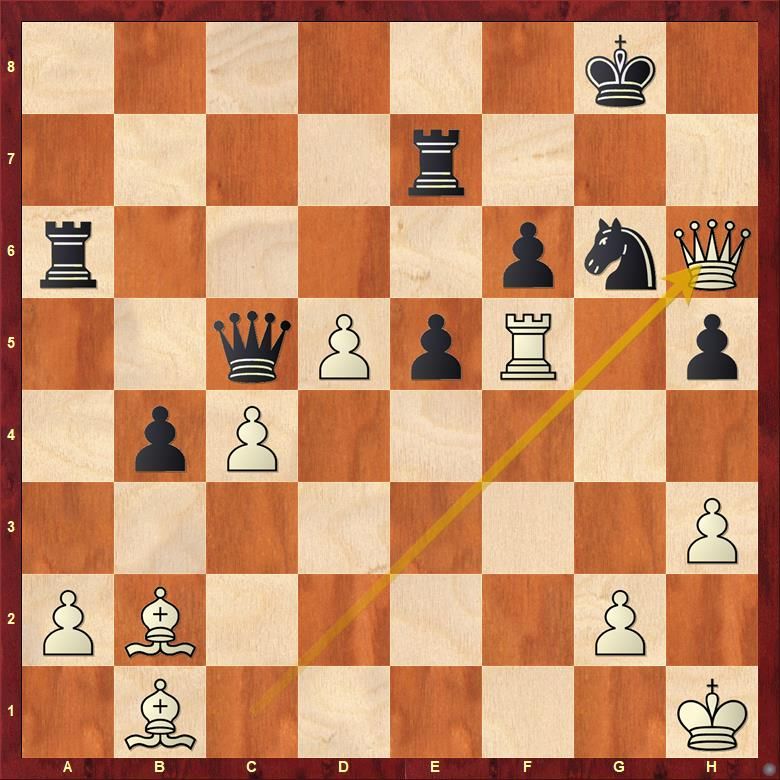 37...Rg7 would have been fine for Black here but in the game Vishy chose 37...Nf4 - which is also good enough but invites one little complication! 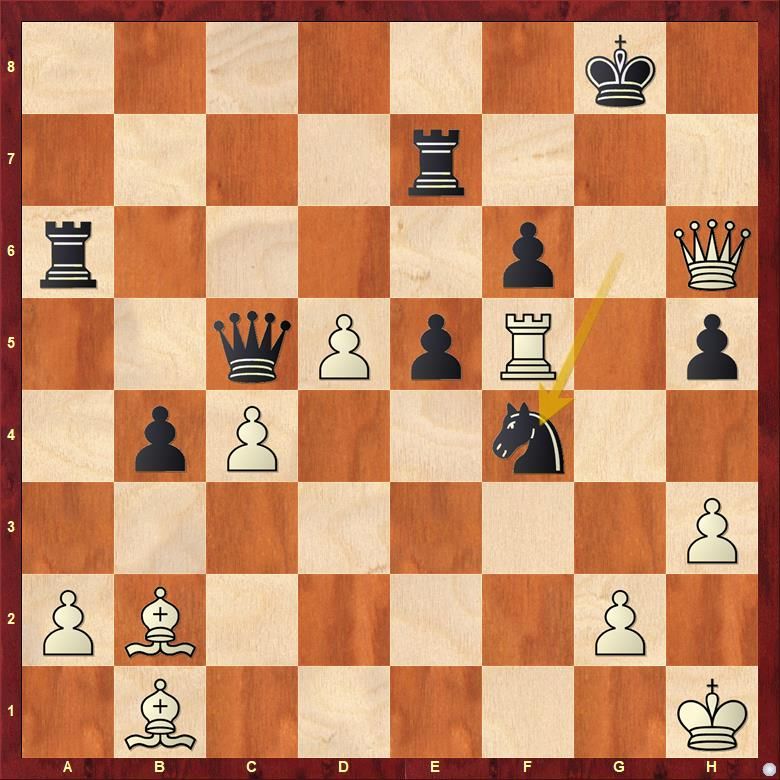 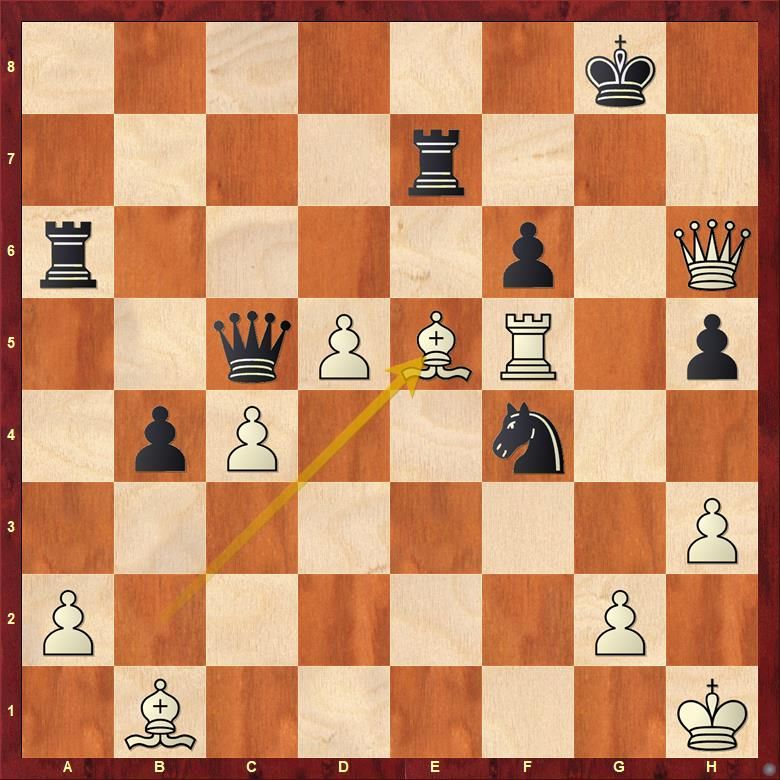 38.Bxe5! making use of the pin along sixth rank is the strongest move and was indeed played in the game!

Now Black faced a critical choice - How to capture on e5 here? Obviously, 38...fxe5?? isn't possible because of 39.Rf8#. In the game Anand played 38...Rxe5 and in this case 39. Rxe5 fxe5 40. Qxa6 Qf2 followed and the game was resigned after just five more moves. However, there was a chance to save the half-point here by postponing the capture on e5 and going 38...Qf2 directly, when Black manages to keep things under control with 39.Qxf4+ Qe1 40.Kh2 Rxe5 41.Rxf6 Rxf6 42.Qxf6 h4 after which White can't make progress without allowing a perpetual. 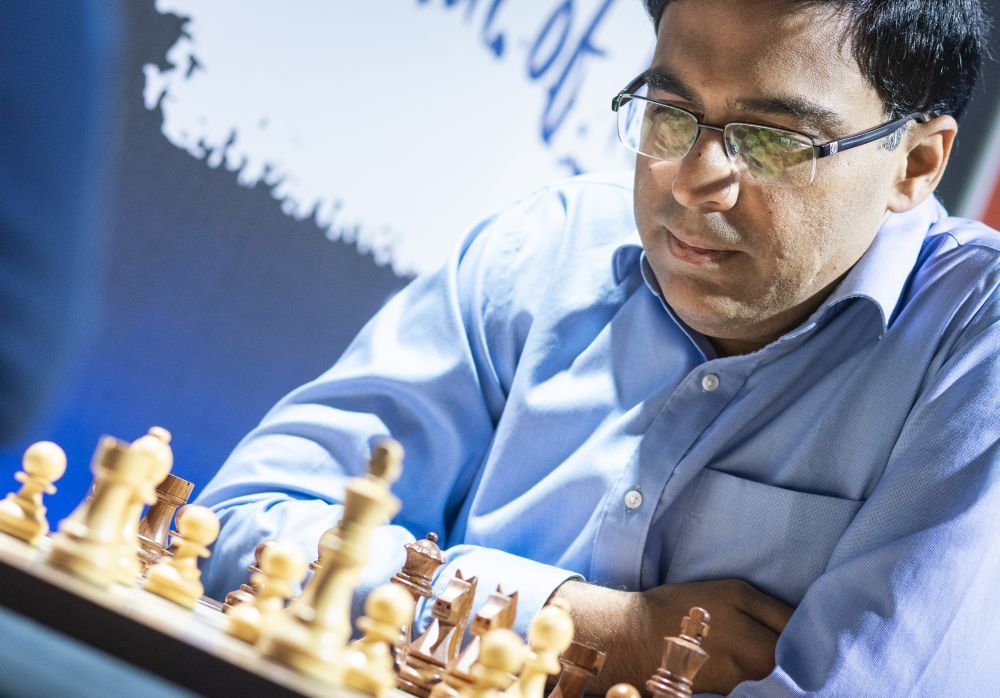 Vishy Anand found himself in a worse position out of the opening against Shakhriyar, defended well throughout the game but finally missed his chance to salvage a draw on move 38. A tough loss for the Madras Tiger | Photo: Lennart Ootes / Justin Kellar

Rest of the games in round 9 ended in draws but they weren't in anyway uneventful. Wesley So found himself under pressure against Ian Nepomniachtchi but his lady luck smiled on him yet again and he somehow escaped with a draw. Elsewhere, Magnus Carlsen played an enterprising opening novelty as early as move 15 against Levon Aronian, the latter put up a near flawless defense to force split of the point. 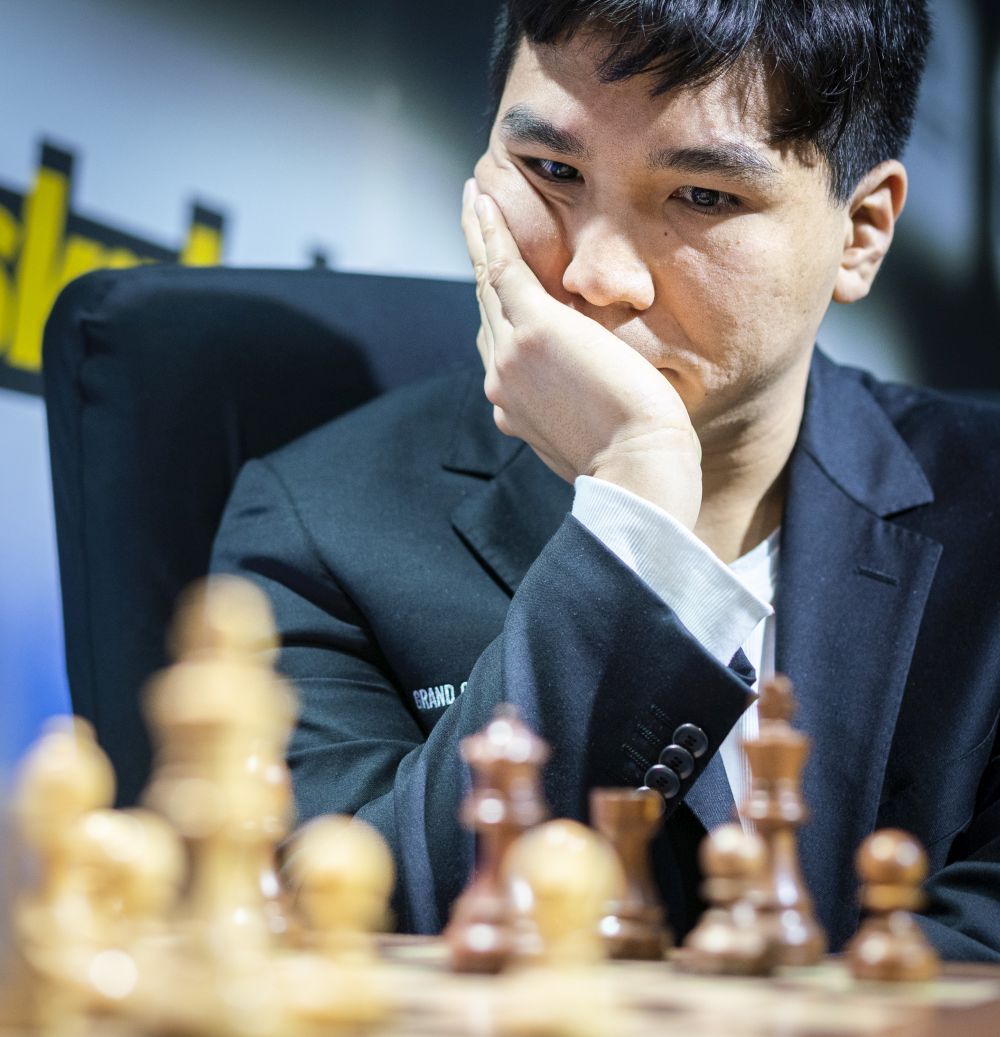 Wesley So miraculously salvaged a draw against Ian Nepomniachtchi in round 9 | Photo: Lennart Ootes / Justin Kellar 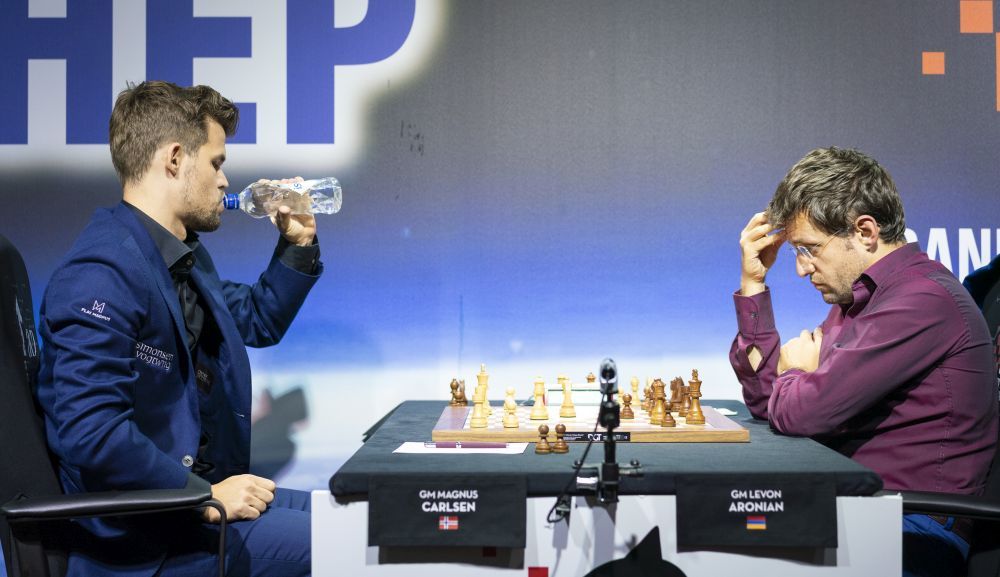 Going into round 10, the most important matchup of the day was Wesley So versus Magnus Carlsen. The former adopted a very tame line of Nimzo-Indian against the World Champion, who is leading the event just half a point ahead of him.

Wesley So - Magnus Carlsen, Round 10 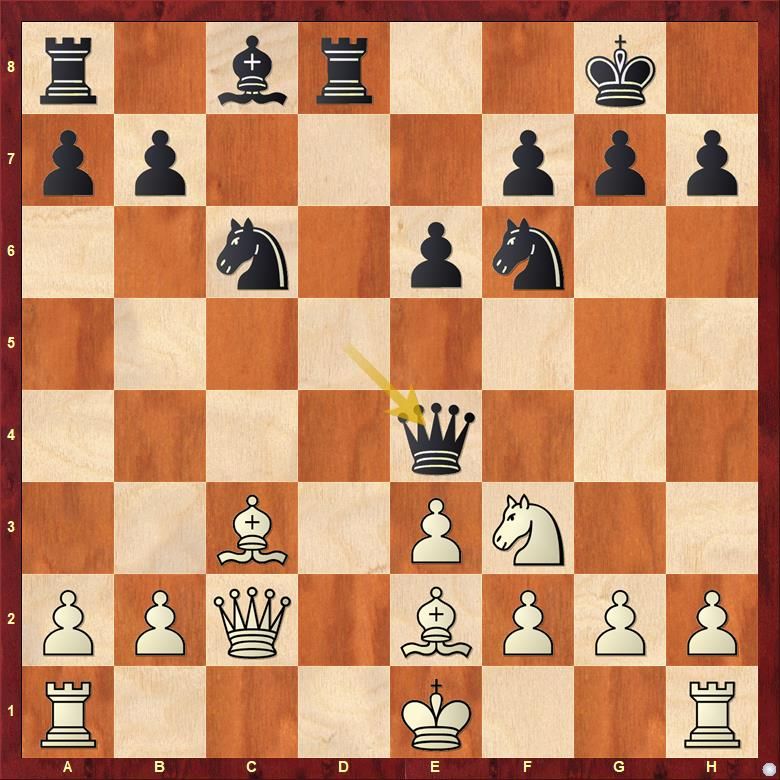 Position after 12...Qe4: The no risk policy of the players amounted in queens getting traded off by move 14. 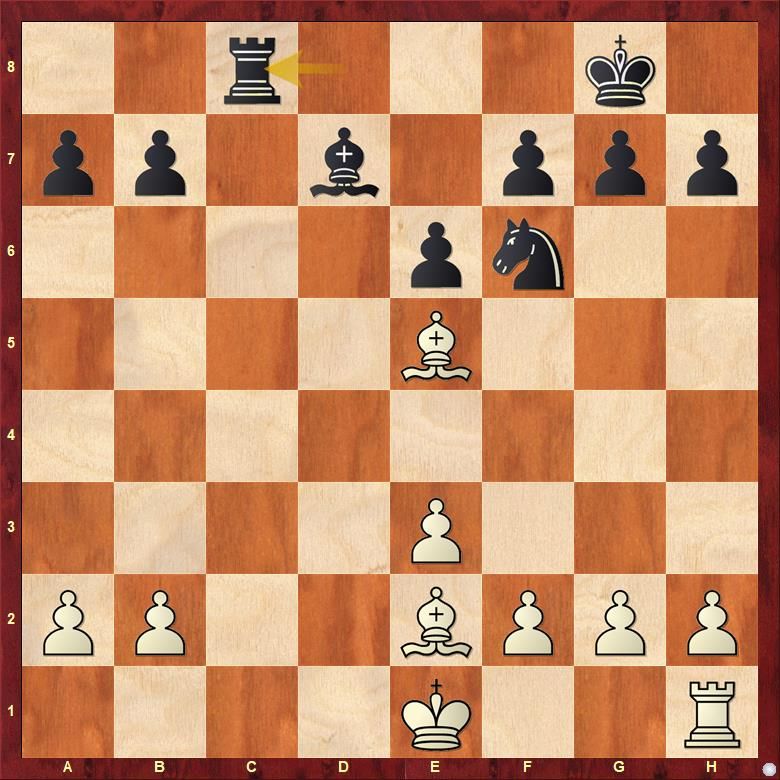 Position after 17...Rxc8: There's clearly nothing much in this endgame.

The game remained in perfect equilibrium after this and was agreed to a draw after 36 moves in the following position: 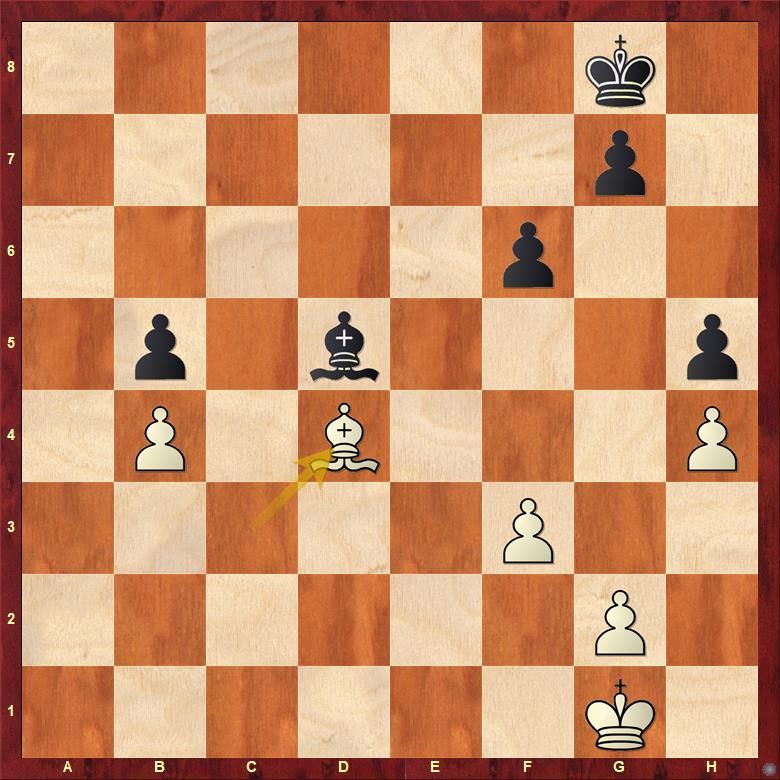 Position after 36.Bd4: A dead draw opposite coloured bishop ending! 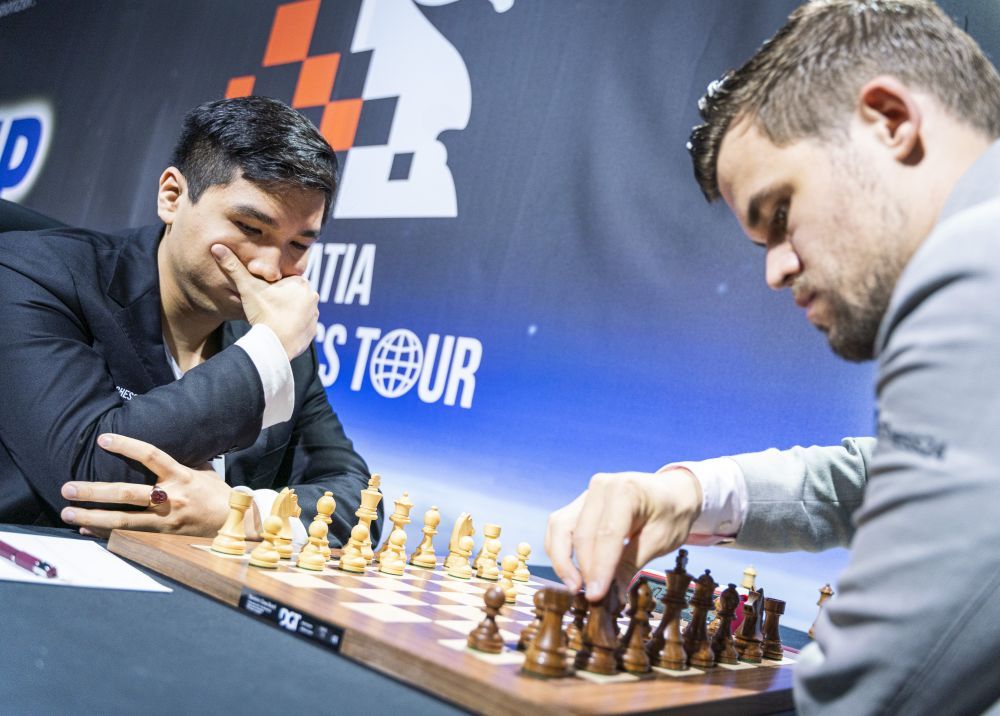 Wesley could have pushed with the white pieces today but given the stakes involved he decided to adopt a safety-first approach. During the post game interviews, both Vishy Anand and Magnus Carlsen expressed their understanding of Wesley's attitude without going into any criticism | Photo: Lennart Ootes

Magnus Carlsen goes into the final round of the event with just half a point advantage over Wesley So and is paired up against Maxime Vachier-Lagrave. The only game today where some imbalances were created was Fabiano Caruana versus Shakhriyar Mamedyarov where the latter surprisingly played the scandinavian against 1.e4 - an opening widely considered to be dubious for top level play. Both players created small chances against each other which were duly neutralized in the course of the encounter. 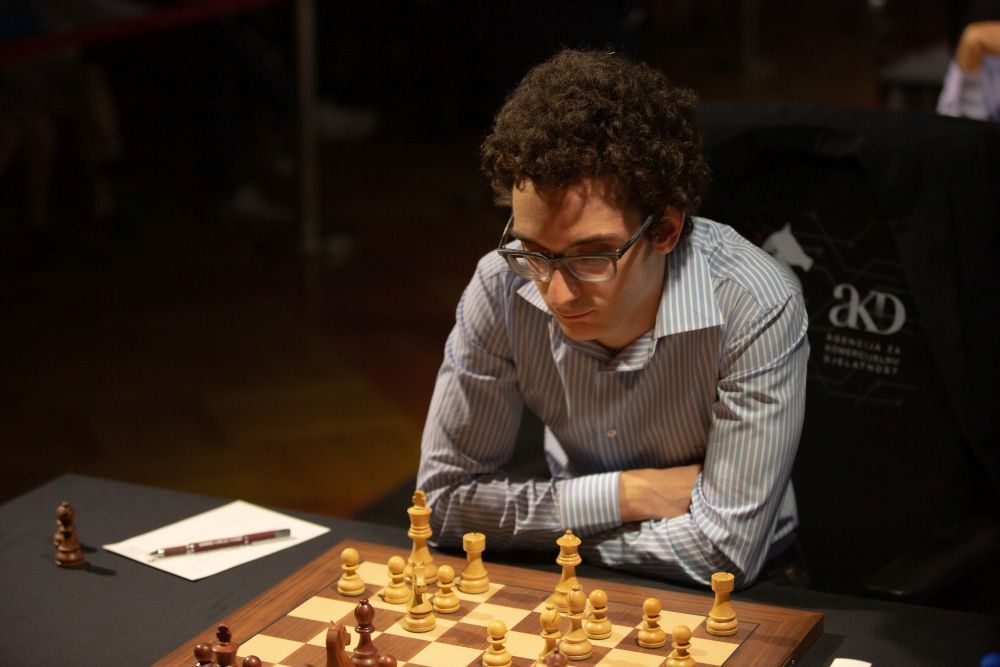 Fabiano Caruana is on 5.5/10 along with Ian  Nepomniachtchi and Levon Aronian, and a full point behind Wesley So | Photo: Lennart Ootes 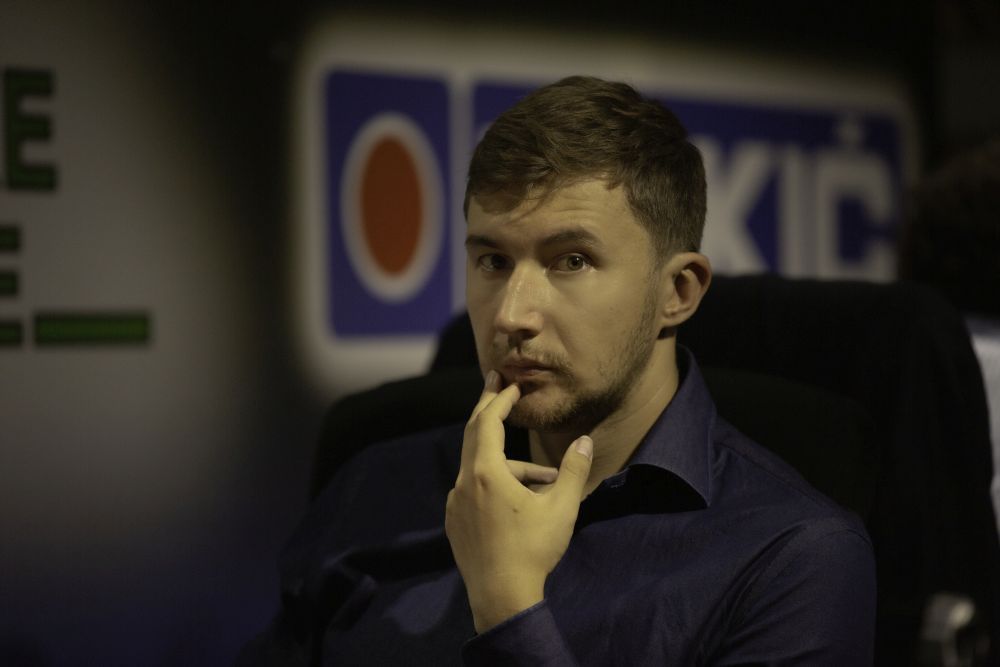 Sergey Karjakin played out a solid Berlin draw against Vishy Anand which ended in an opposite coloured bishop endgame with symmetrical pawn structure | Photo: Lennart Ootes 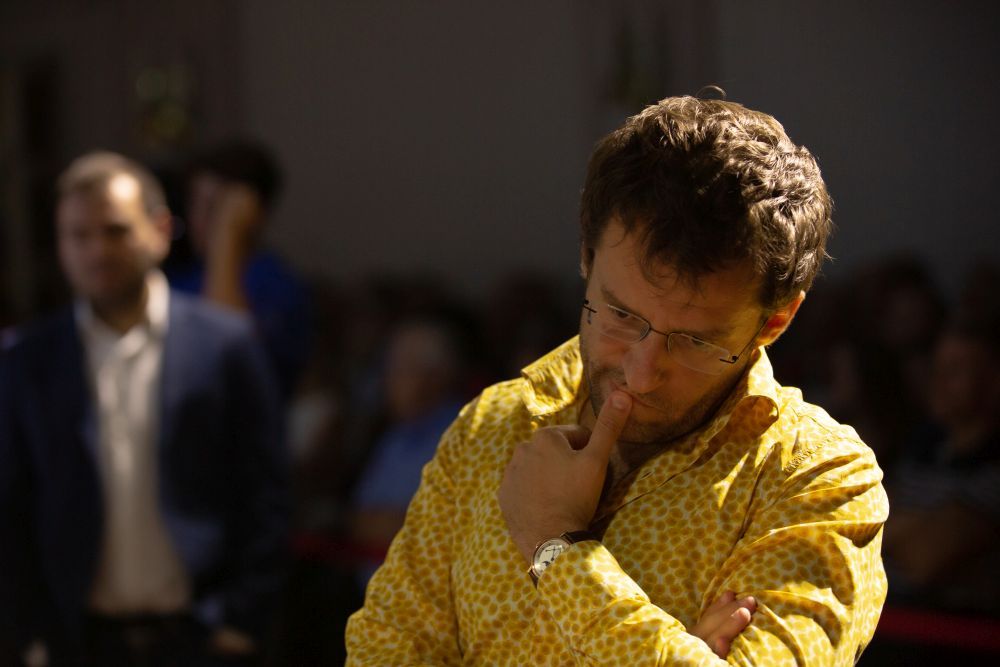 Levon Aronian was up against Ding Liren with the Black pieces the game reached a rook ending with symmetrical pawn structure and was agreed to a draw on move 38 | Photo: Lennart Ootes 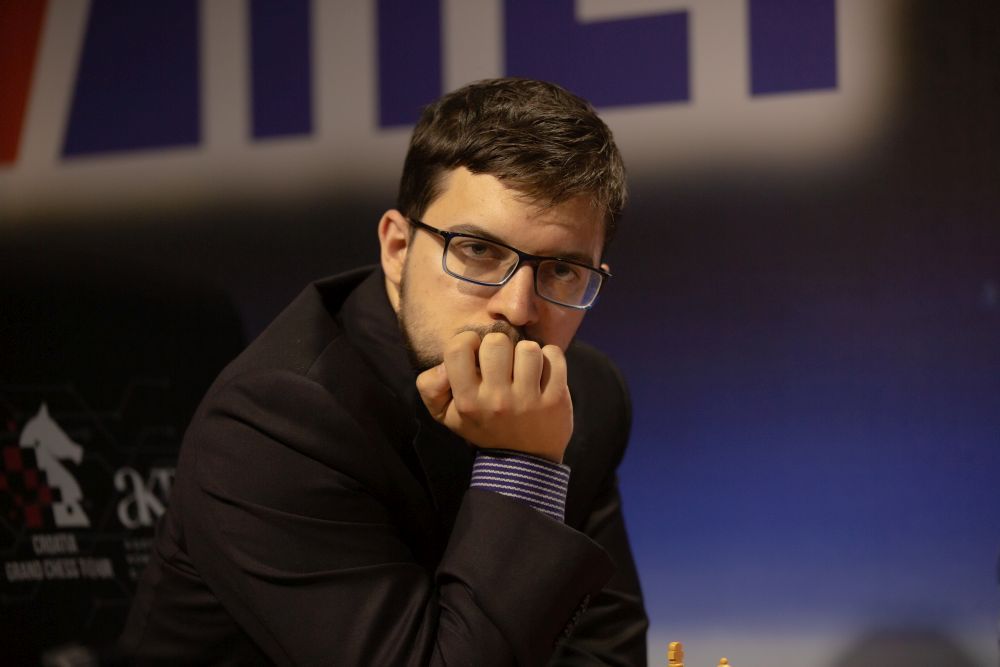 Maxime Vachier-Lagrave versus Ian Nepomniachtchi turned out to be a Caro-Kann. The truce came without much fuss | Photo: Lennart Ootes 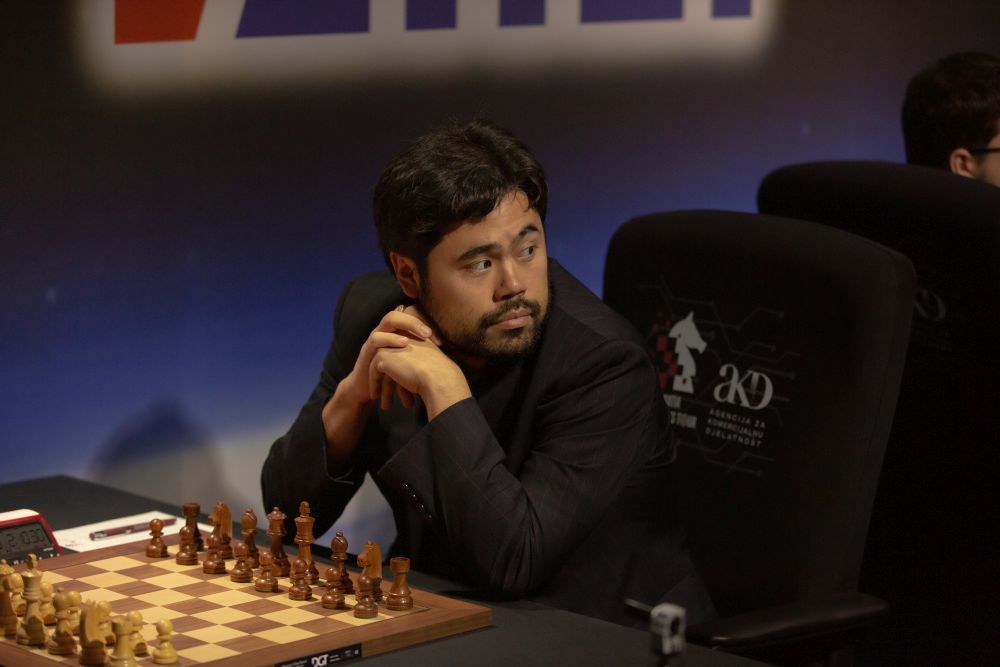