FM Aaryan Varshney scored an unbeaten 7.5/8 to win the Blitz Open. Anuj and Sanchay Dubey scored 7.0/8 each. They were placed second and third according to tie-breaks. The total prize fund of the Blitz event was ₹50000 and trophies. Top three prizes were ₹7100, ₹5100 and ₹3100 along with a trophy each. 76-year-old Kapil Kumar Khare scored an impressive 7.0/9 to secure eighth place in the Rapid Rating Open. 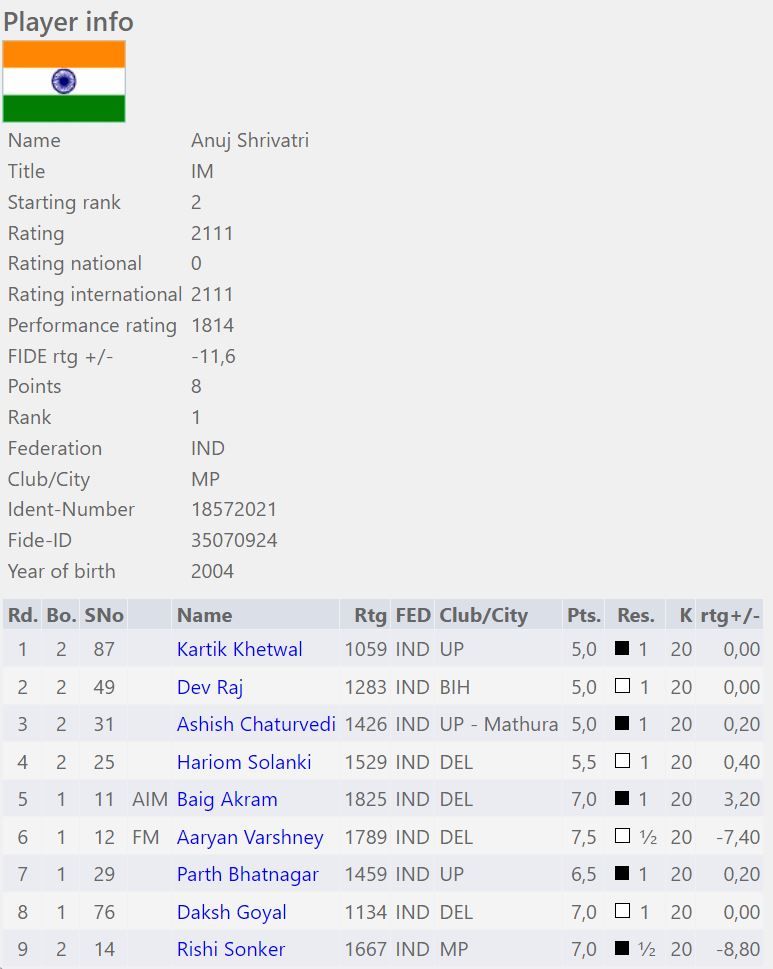 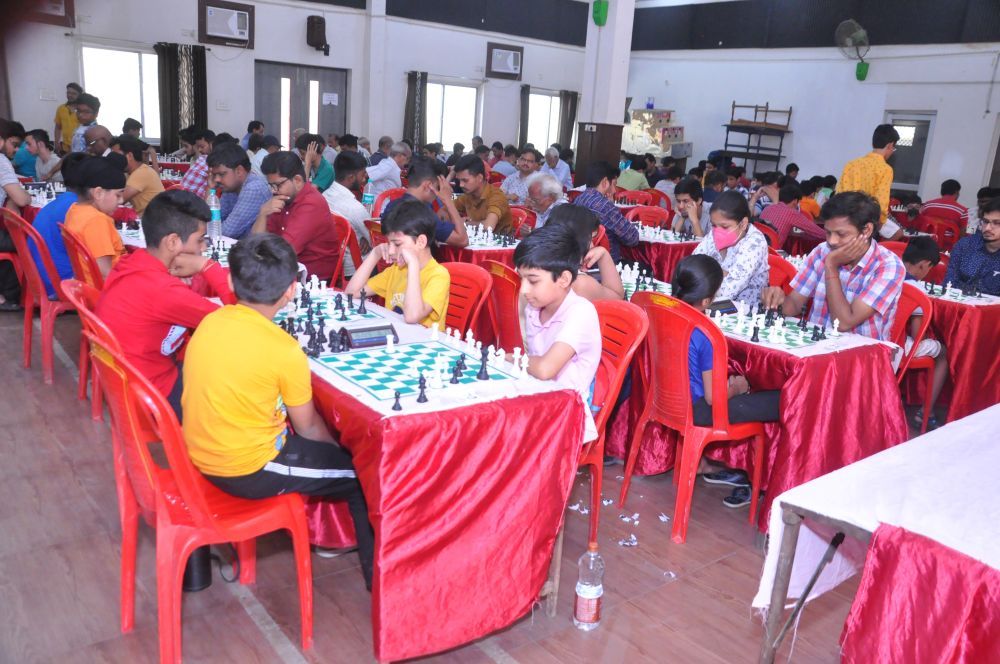 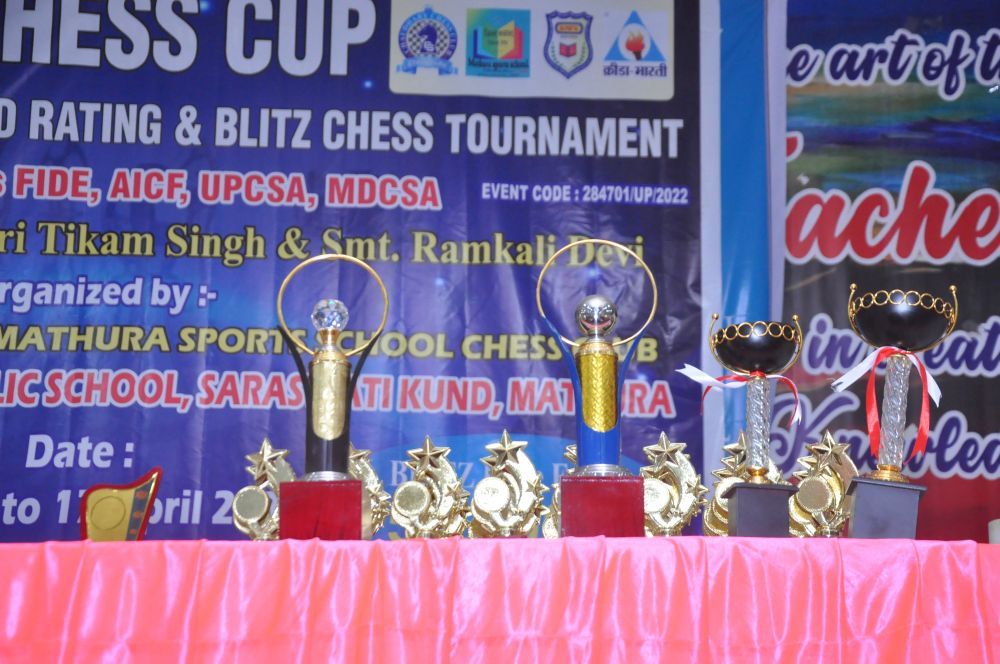 Thanks to Chief Arbiter FA Pavan Rathi and Chess in Mathura for providing valuable information about the tournament.

A total of 166 players in the Rapid Rating and 103 in the Blitz Open including an IM, participated in this three-day tournament. The tournament was organized by Chaudhary Chess Club and Mathura Sports School Chess Club from 15th to 17th April at Kanha Makhan Public School, Mathura, Uttar Pradesh. The time control for the Rapid Rating was 20 minutes + 10 seconds increment and for Blitz Open, it was 3 minutes + 2 seconds increment.