Chess is a difficult game, from time to time even the strongest of players lose their way in its fathomless depths! Day two of 26th Abu Dhabi Masters had double rounds and saw quite a few encounters of dizzying ups and downs. In the second round Raunak Sadhwani escaped a sure loss by the skin of his teeth as his opponent Andrey Esipenko missed his footing in what was a decisive attack. Elsewhere, in the same round, IM Akash Pc Iyer gave the newly crowned Biel Master champion M.amin Tabatabaei a massive scare before himself blundering into a draw. But the most topsy-turvy battle of the day was in store for the next round, between the 13-year-old talent Pranav V. and Grandmaster Venkatesh M.R. In this report we bring to you all the excitements. 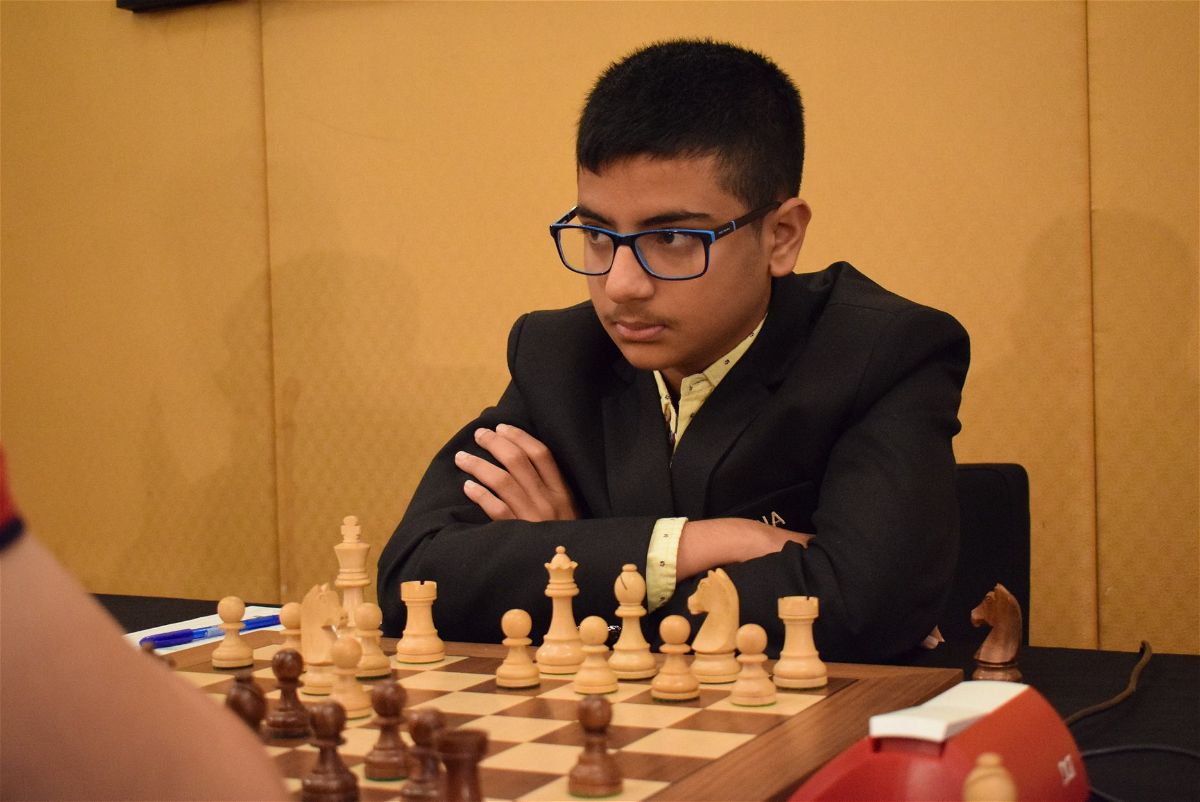 Beginning with the exchange variation of Ruy Lopez, the game entered uncharted territory as early as move ten. The 14-year-old Indian IM pushed hard and even created some chances against his higher rated Russian opponent but somehow failed to capitalize on them. After twenty-eight moves quite a double-edged position was reached where kings of both sides felt a bit exposed. 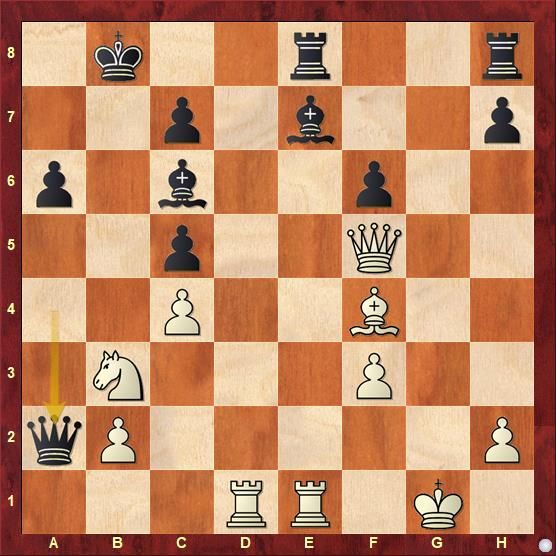 Position after 28...Qxa2: The b3 knight is en prise, what should White play?

In the above position 29.Nd2, threatening to go Ra1 next, is a fine move. Black can't capture the b2 pawn as then Rb1 pins the queen. Hence, after something like 29...Qa4 30.Ra1 Bd7 31.Qd5 Qc6 we get a position which is roughly balanced. In the game however, Raunak played the move 29.Re3?! supporting the knight on b3 and this was the first critical mistake that allowed Black to seize a serious advantage. 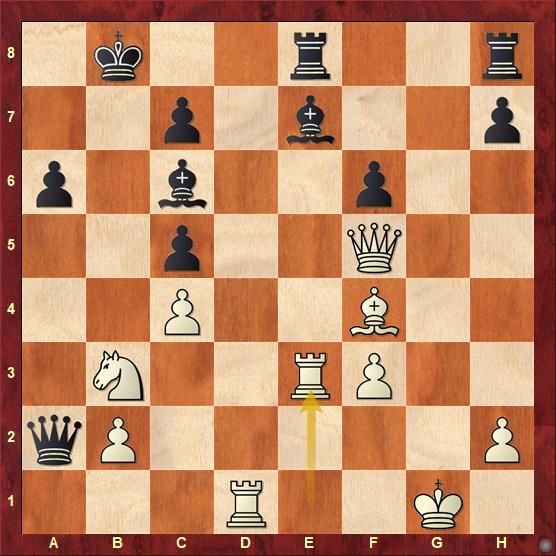 Esipenko correctly realized his opponent's mistake and went 29...Bd6! threatening to play Rxe3 and pick up the knight on b3 next. Once again, Nd2 would have been the best move in the position, even though after 30.Nd2 Bxf4 31.Qxf4 Qa4 Black has a strong initiative. The game continuation 30.Rxe8+ Rxe8 31.Nxc5 Rg8+ 32.Kf2 Qxb2+ only worsened White's position. 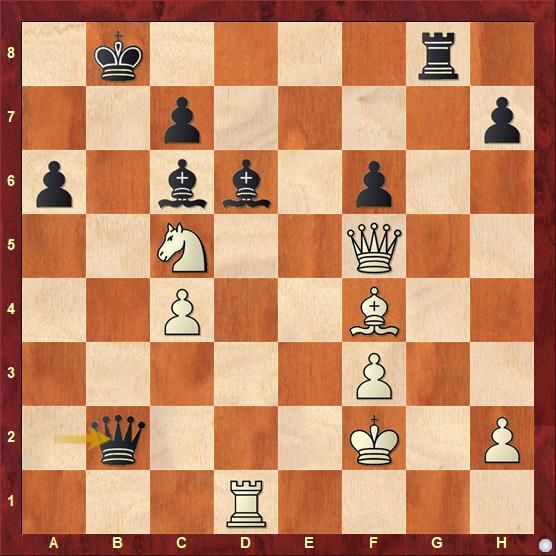 Position after 32...Qxb2+: With the menacing bishop pair, the rook on the open g-file, and the queen on the second rank, Black is completely winning!

But as they say, a won game is the most difficult to win! Things took a strange turn at this point when White played the move 33.Rd2 as Black simply lost the thread of the attack and went 33...Qa1 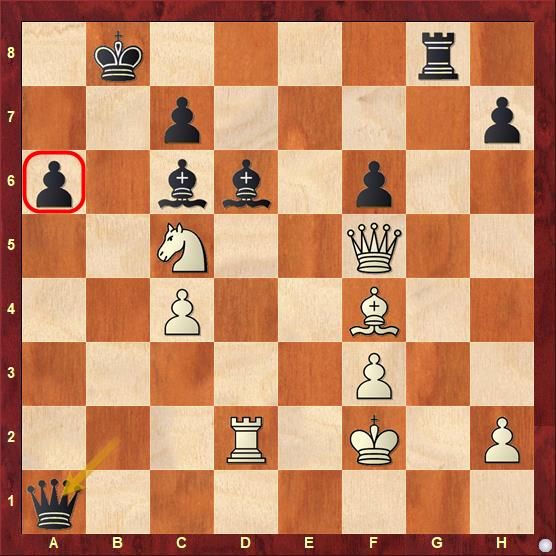 33...Qa1, supporting the pawn on a6, is one of those moves which looks sensible at first glance. But this allows the simple 34.Bg3 which takes away most of Black's initiative.

The right move would have been 33...Qc1 keeping the f4 bishop to the defense of the white rook and preventing Bg3. Nxa6+ isn't an issue as Qg1+ followed by Rg2 is a much bigger threat! 34.Bg3 Qc3 was played and now White found a nice way to even things out once and for all. 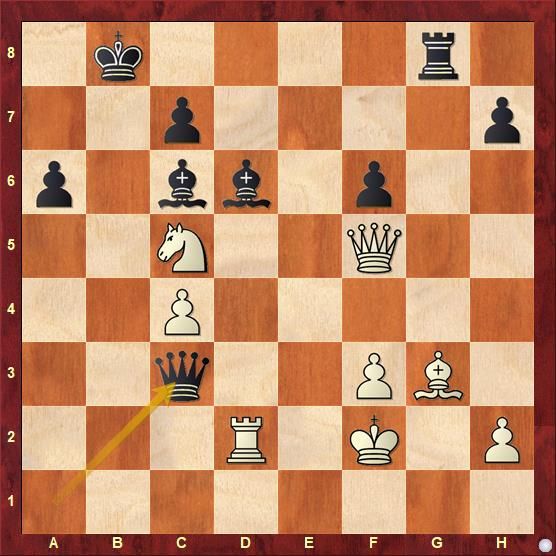 Position after 34...Qc3: It is White to move and equalize!

Fortune favours the brave! Raunak was spot on to find 35.Nxa6+ Kb7 36.Rxd6 cxd6 37.Qxh7+ Kxa6 38.Qxg8 and this immediately brought everything to perfect balance! The game ended with a perpetual after 57 moves.

The recently crowned champion of Biel Masters 2019, Mohammad Amin Tabatabaei survived a massive scare in round two against IM Akash Pc Iyer in a topsy-turvy semi-slav encounter! Now it's time to see the highlights of this game! 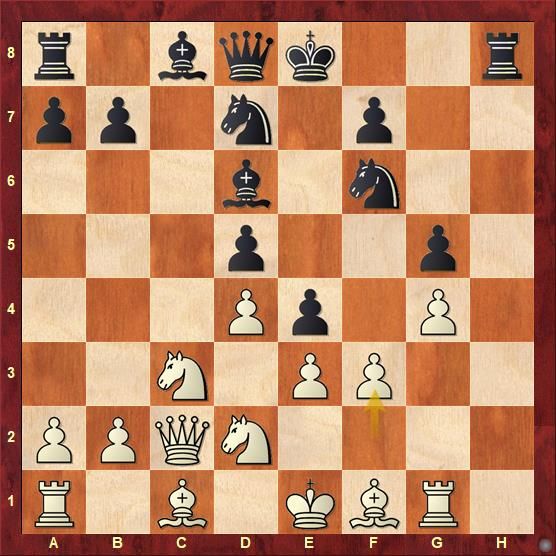 In an already less known structure Black played the move 13.f3 and a completely new position was on board!

13.Be2, 13.a4, 13.Nb5 etc have been played before and they all give Black a slight edge. The new move 13.f3 wasn't any improvement rather it only incurred more weaknesses on the kingside. 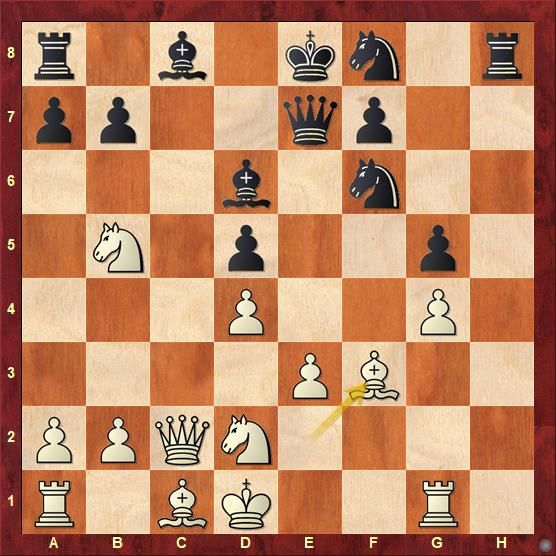 Position after 17.Bxf3: Black has a tangible edge with his control of h-file and bishop pair nicely cutting across the board. But he has to be careful, any premature liquidation in the center will bring his king undue harassment.

A good way for Black to consolidate in the above position would have been 17...Bh2 18.Rh1 a6 19.Nc3 Rh3 pushing White backwards. But Black played the move 17...Rh4 instead and this allowed White exactly what he needed. 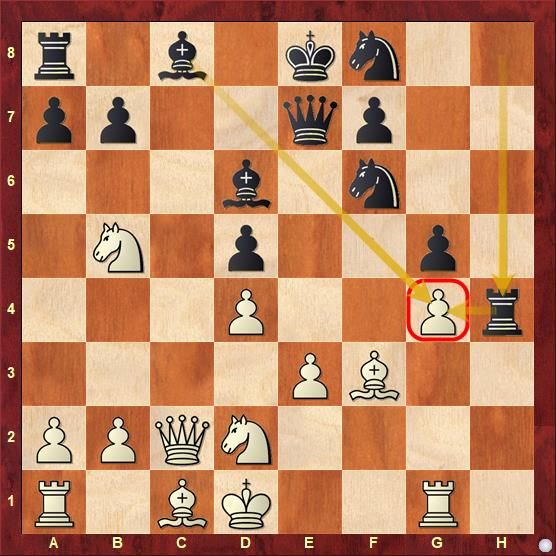 17...Rh4 looks natural, pressurizing the g4 pawn but do you see what Black missed here?

Perhaps the most difficult thing in chess is keeping track of opponent's counter-resources. 17...Rh4 allowed White to break with 18.e4, after 18...Bh2 19.Re1 things turned in favour of White. With White's rook eying the e-file and and the b5 knight hitting c7, Black suddenly seems to have gone on the back foot. 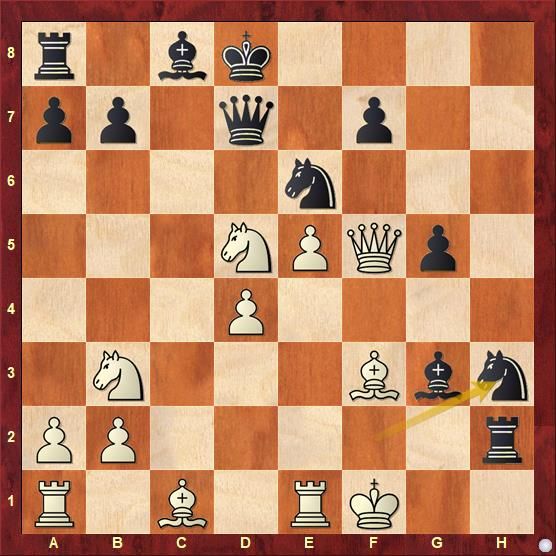 After going through some more ups and downs; this was the position, when Black played 26...Nh3 threatening Rf2#, that the moment of truth arrived.

White is thoroughly crushing here. The mate threat on f2 can be simply thwarted with 27.Re2 but what White did was a nasty the blunder. The game followed 27.Qf6+ Ke8 28.Qh8+?? Nf8 and White's initiative vanished in thin air. 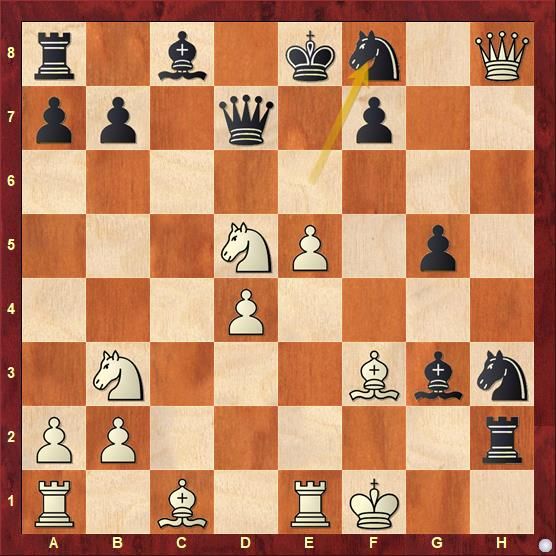 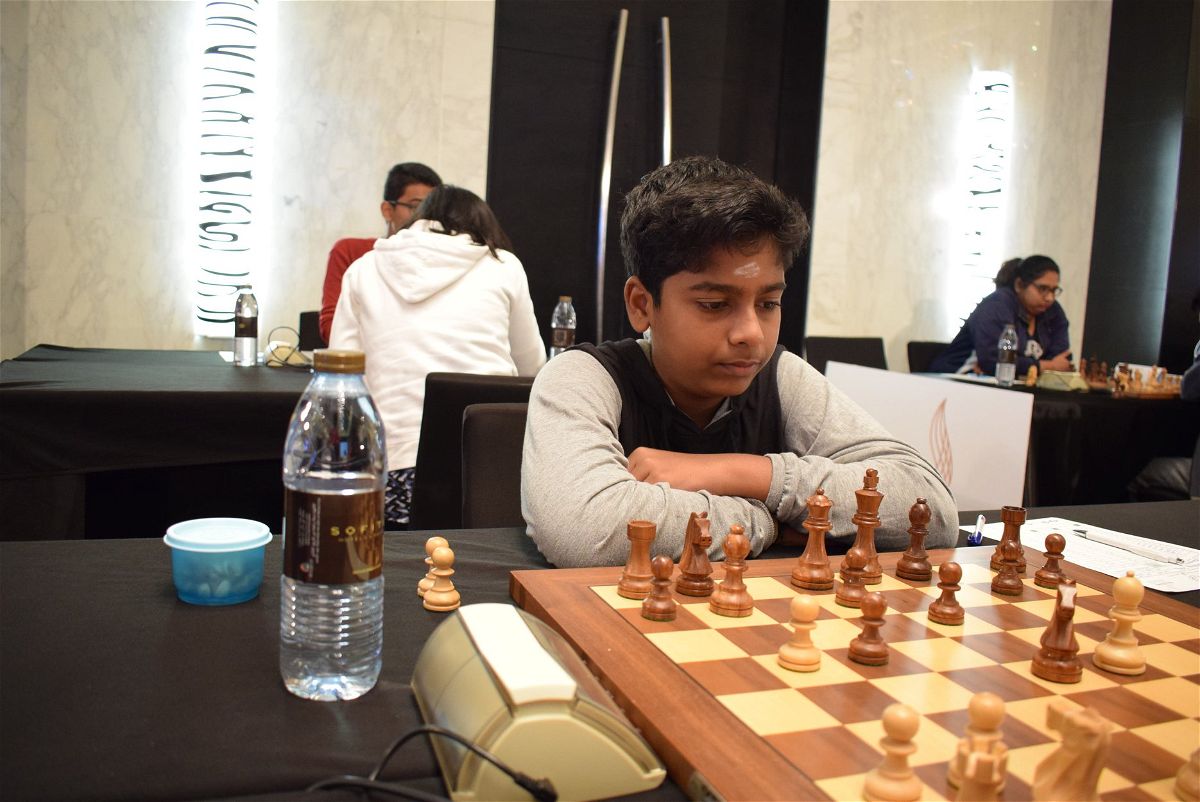 The amount of complications this game saw is reflected in the following position where White has his pair of rooks doubled on the seventh rank and Black his on the f-file. But the matter of fact is, White's rooks on the seventh isn't really hitting a weakness while Black's provision of infiltrating the white king is very real. 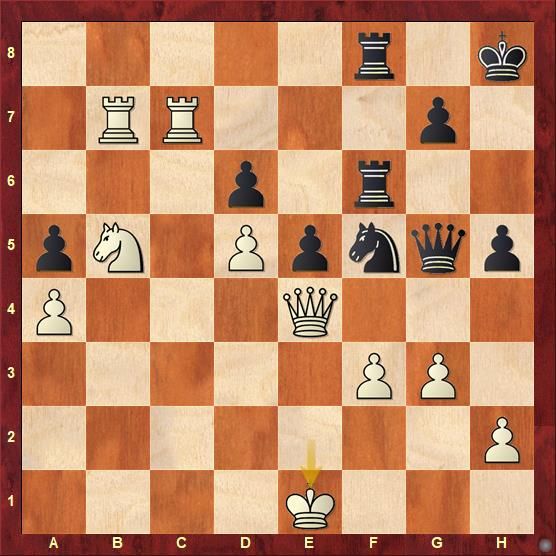 White has just played 52.Ke1 - Can you guess the move Black played here?

Yes, Venkatesh M.R. blasted the kingside with 52.Nxg3+ hxg3 53.Rxf3 - this was decisive but in only the next three moves came an impossible reversal! 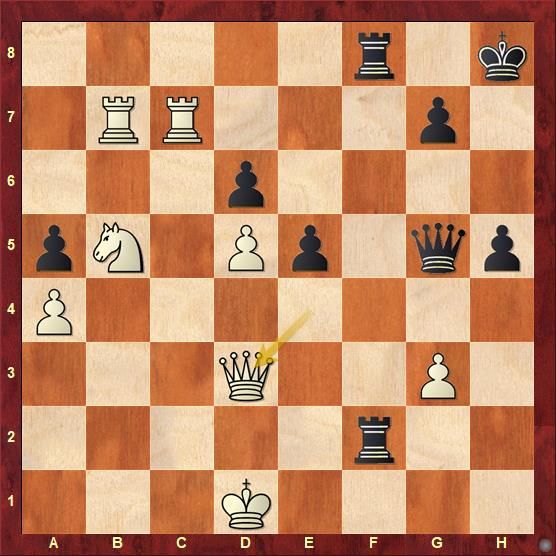 It is hard to find a move that is not winning for Black here, but the Indian Grandmaster suffered an unfortunate brain fade moment and played 53...Rg2?? 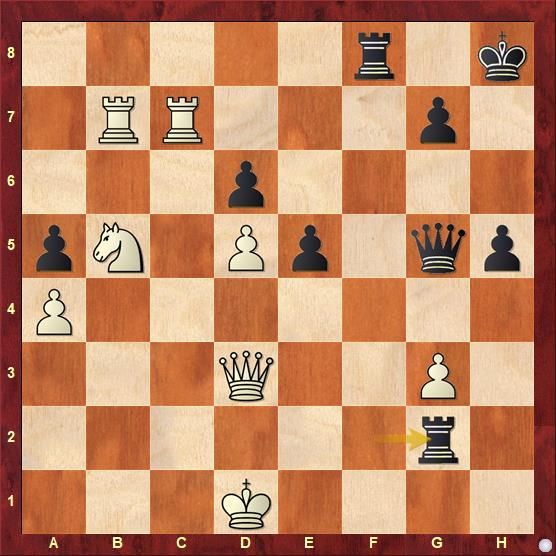 White immediately stopped Black's attack along f-file with 54.Rf7! and now Black was just left down a knight! The struggle continued till move 77 and it was in the following position Black gave up. 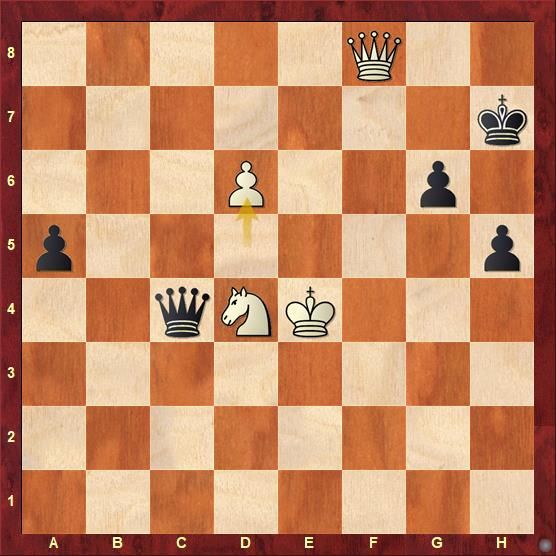 The game overall underwent several other ups and downs apart from the one shown above. Replay the full encounter below: 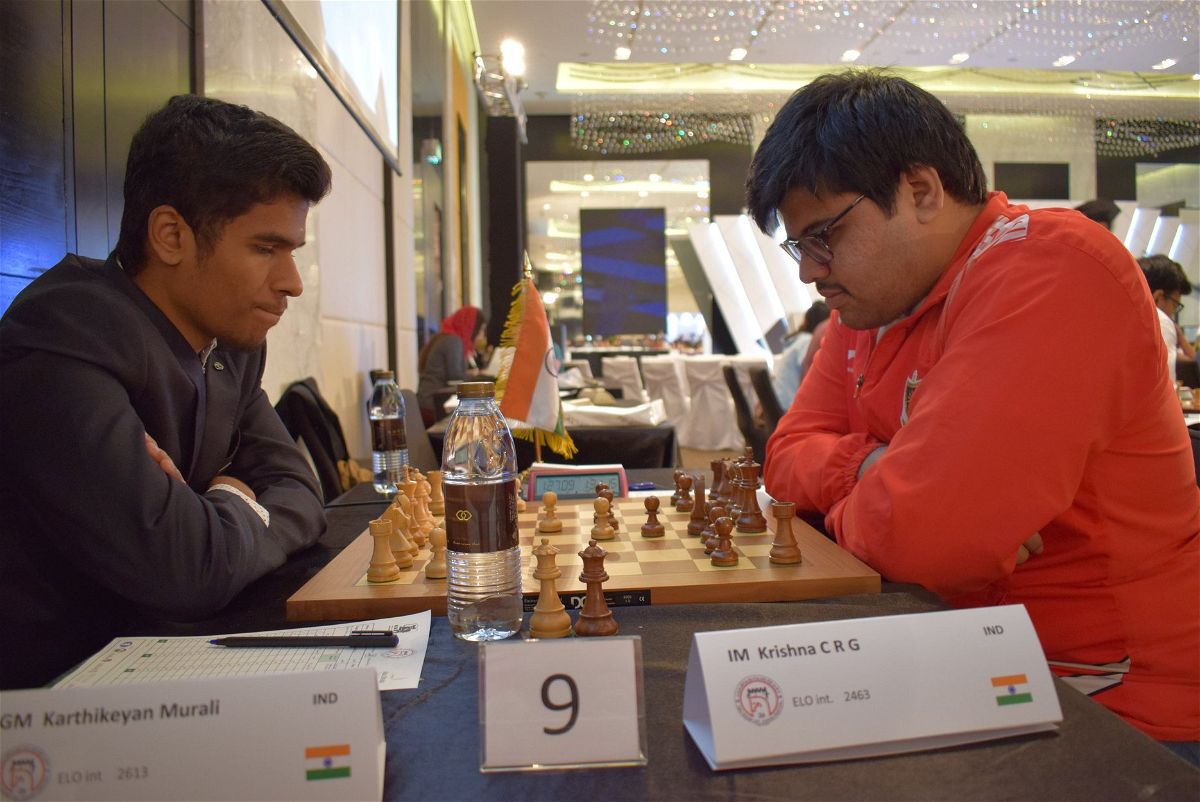 Karthikeyan Murali was held to draw by IM Krishna C.R.G in the second round of the event | Photo: Rupali Mullick 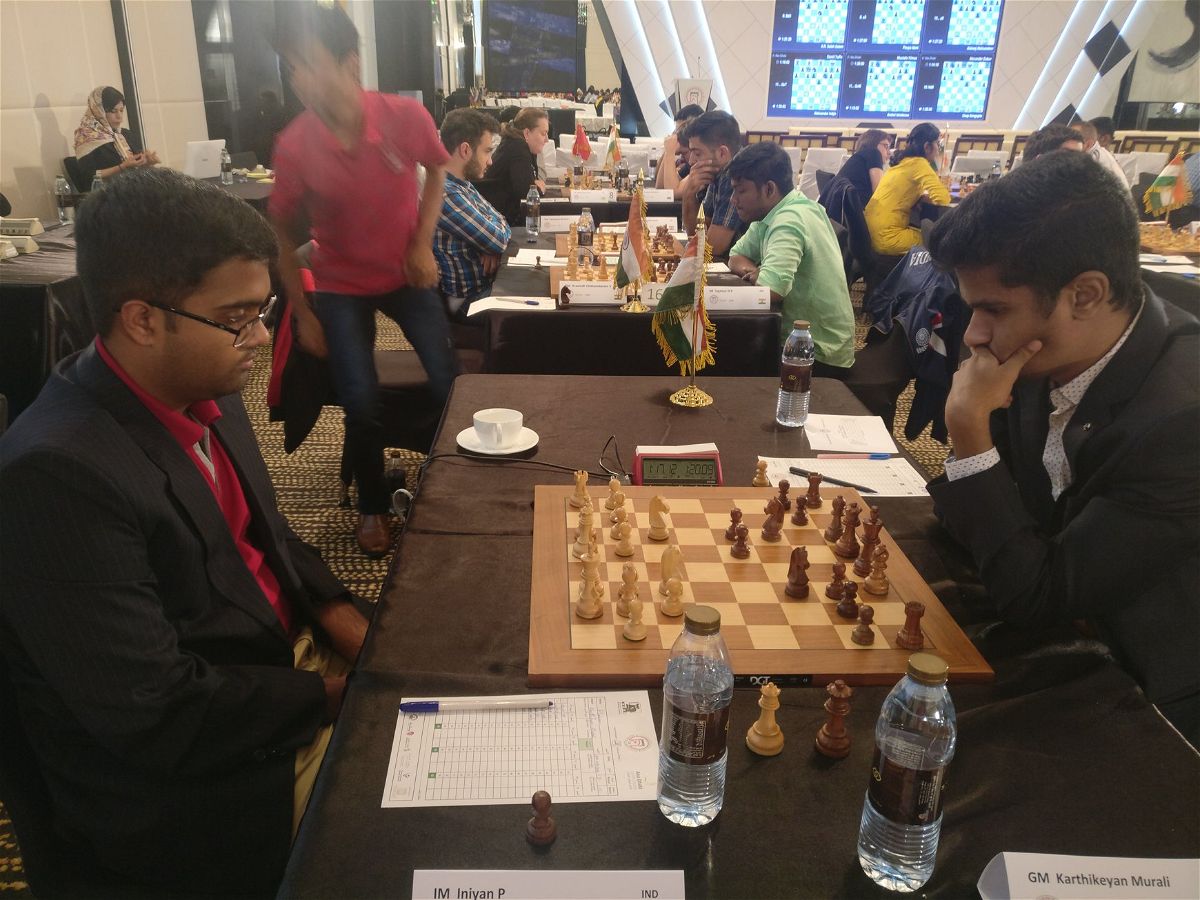 In round 3, the encounter between Iniyan P and Karthikeyan Murali was much looked forward to. The game was agreed to a draw in thirty moves | Photo: Rupali Mullick 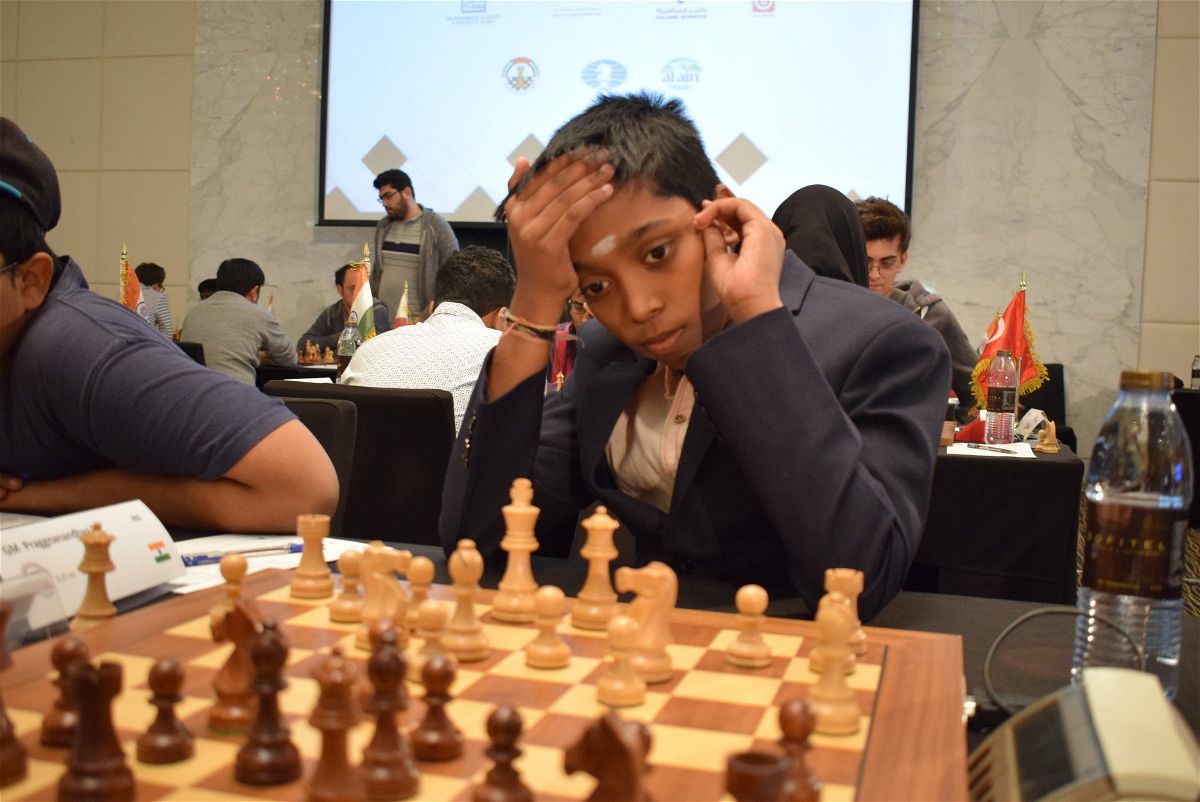 Praggnanandhaa won against compatriot Kushagra Mohan in the second round but was held to a draw by IM Oliver Dimakiling in round 3 | Photo: Rupali Mullick 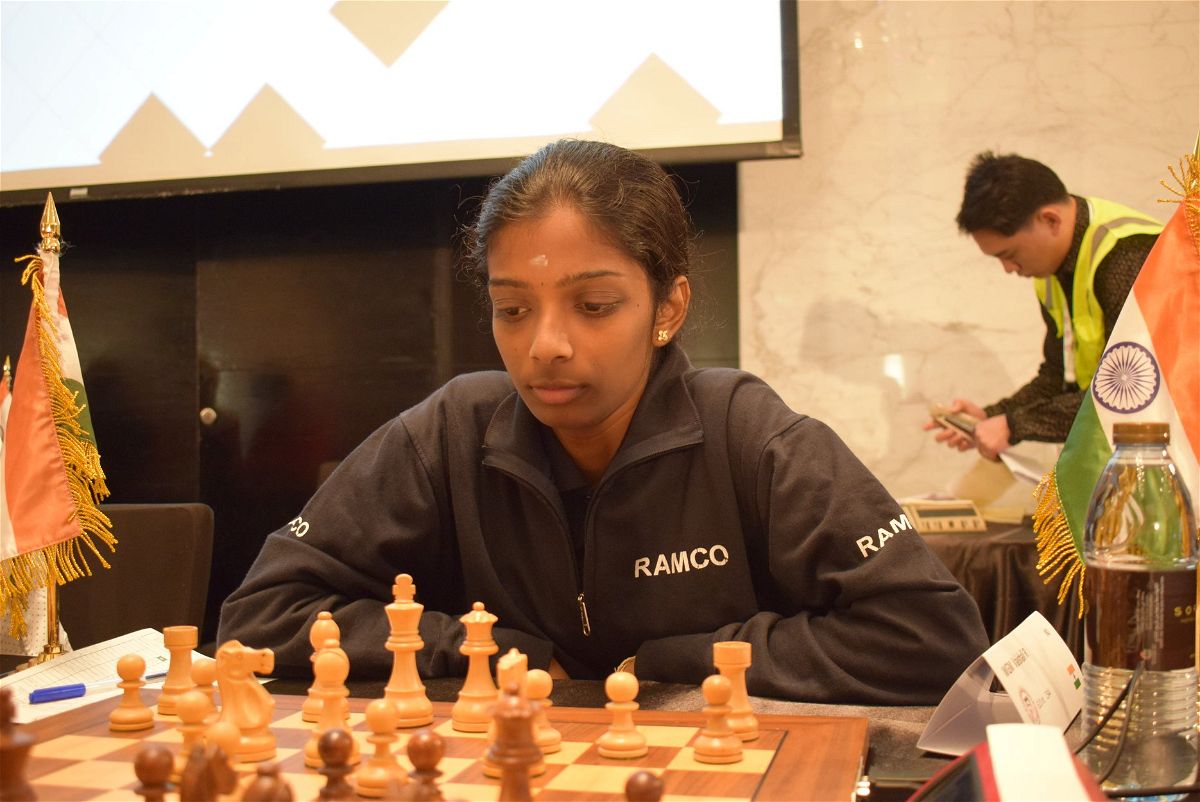 Vaishali R. drew GM Jaime Santos Latasa in the second round but lost to GM Luka Paichadze in round 3 | Photo: Rupali Mullick 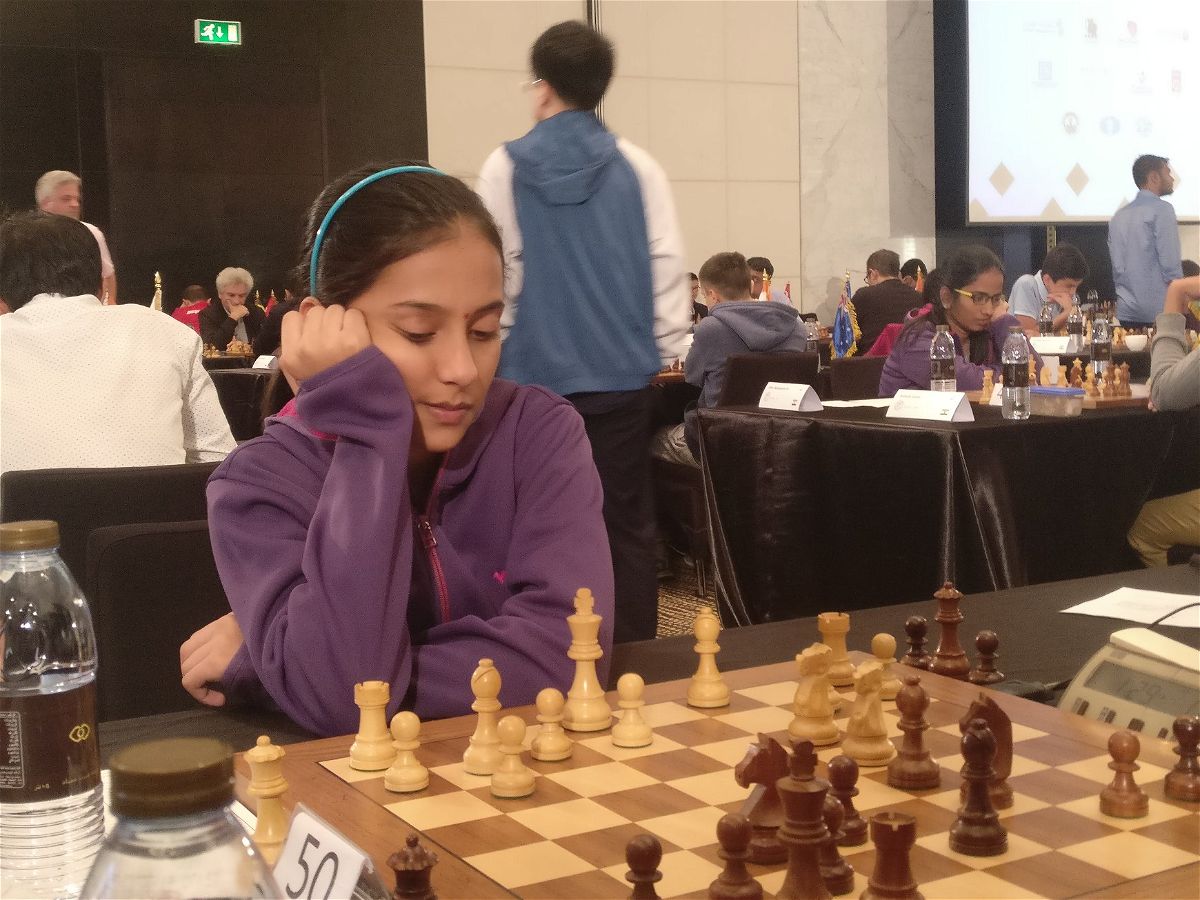 Divya Deshmukh lost to GM Yakubboev Nodirbek in round 2 and beat compatriot Tarini Goyal in the third round | Photo: Rupali Mullick 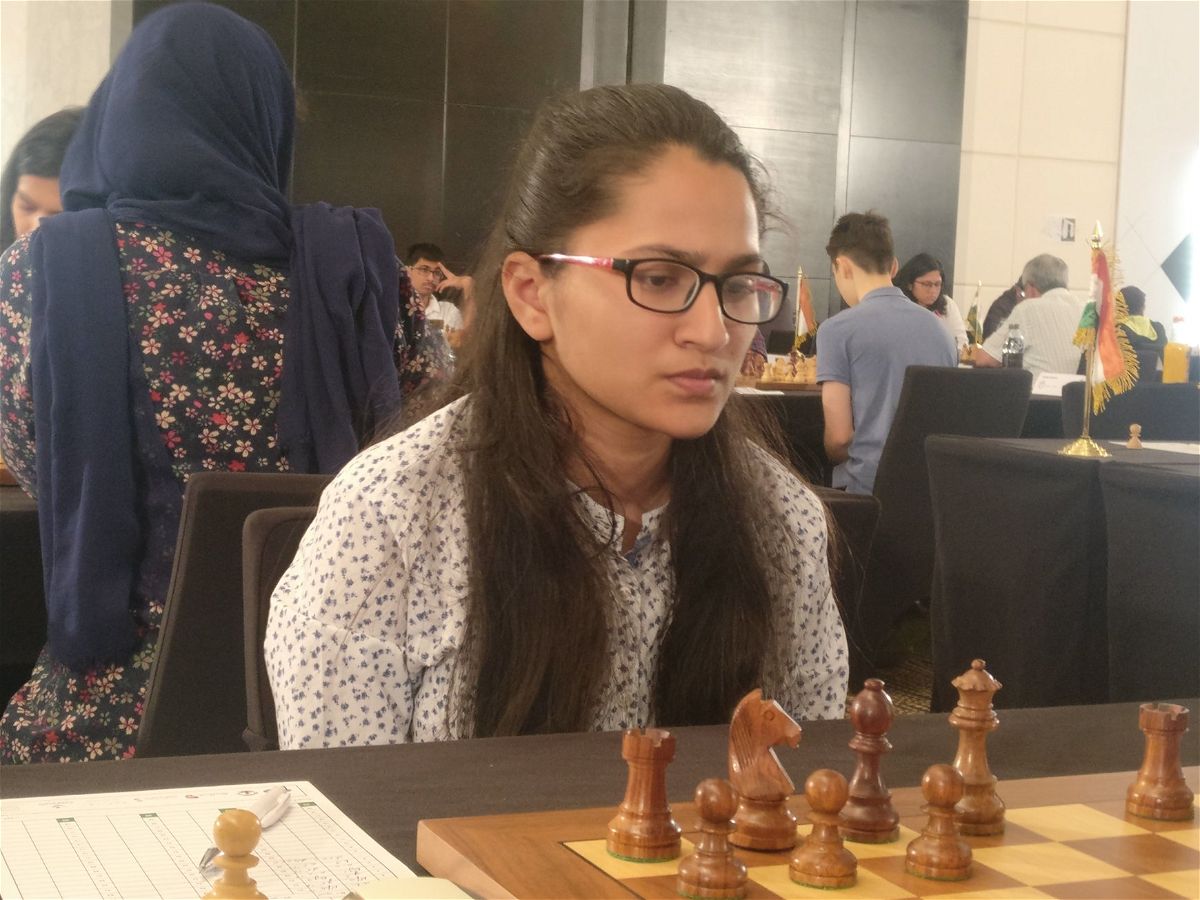 An overview of results of all Indian players after round 3