After suffering an unfortunate loss against Mohammad Amin Tabatabaei in round five, Deep Sengupta has taken charge once again as he registered his second consecutive victory in the seventh round against the strong Turkish Grandmaster Mustafa Yilmaz. On the other hand, Karthikeyan Murali missed an opportunity to punish his opponent Bartosz Socko in a French defense and had to settle for a draw. Playing in the top board, leader Jobava Baadur also drew his game against China's Ni Hua. Thus, maintaining his full point lead over the field with 6.5/7. With only two rounds of the event remaining, there are six players tied to 5.5/7 behind Jobava. Will any one of them be able to catch up with the leader? In this report we bring you photos, analyses, and more from the seventh round of 26th Abu Dhabi Masters 2019! 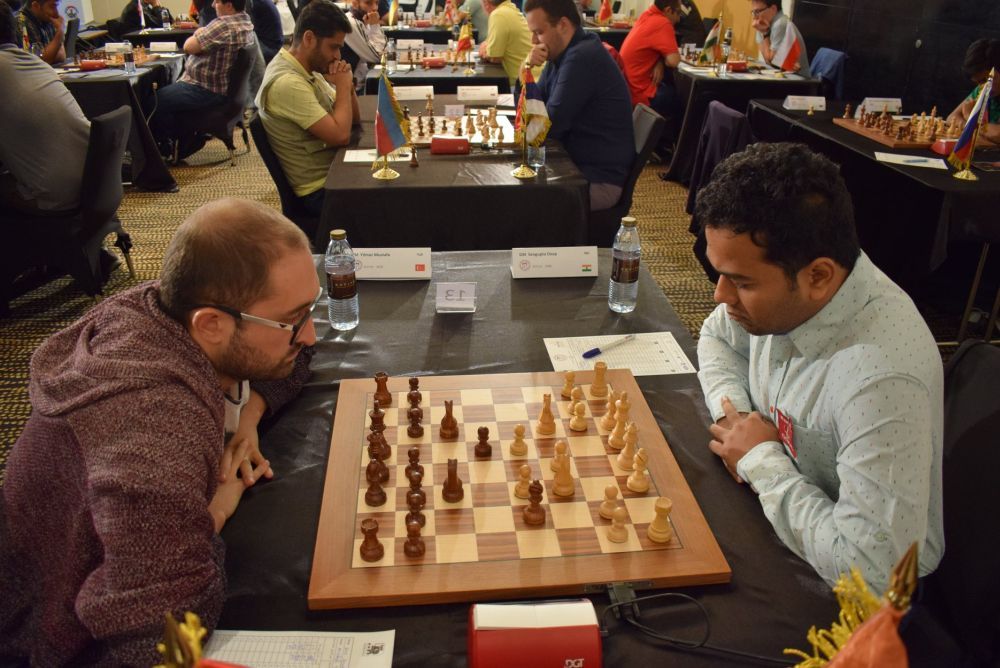 Deep had the opportunity to take a serious initiative quite early, on move 26, but unfortunately he missed this chance and had to wait till the endgame to bring home the full point. Let us begin by looking at the critical moments from this encounter. 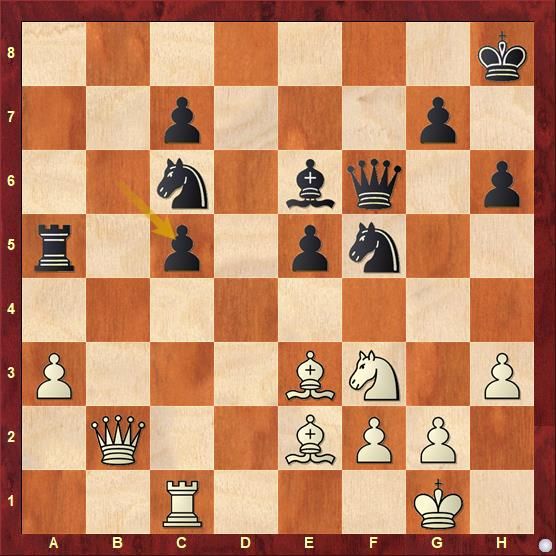 Black has just played the move 25...bxc5. The Indian Grandmaster recaptured here with 26.Bxc5 but a better idea would have been 26.Bd2 with the idea of going Rxc5 next after which White gets excellent pressure along the c-file and on the e5 pawn. Check annotations below for details. 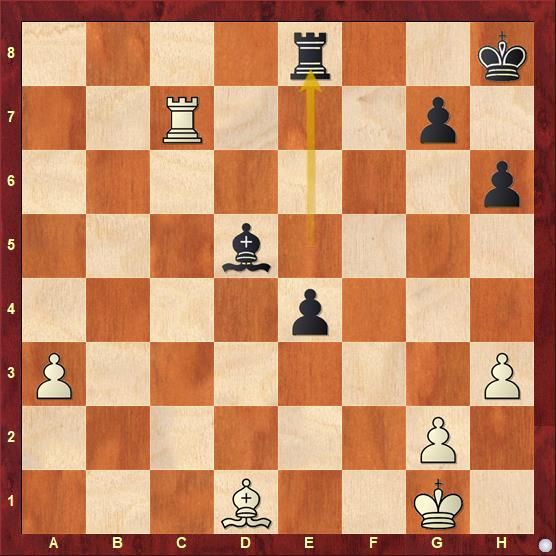 Position after 40.Re8: Missing the strong Bd2 on move 26 led to the game eventually liquidating into a rook-bishop ending. White has a slight edge in the above position mainly because his king is more actively placed. Moreover, Black could potentially also face back-rank issues once White lodges his light-squared bishop on g6. 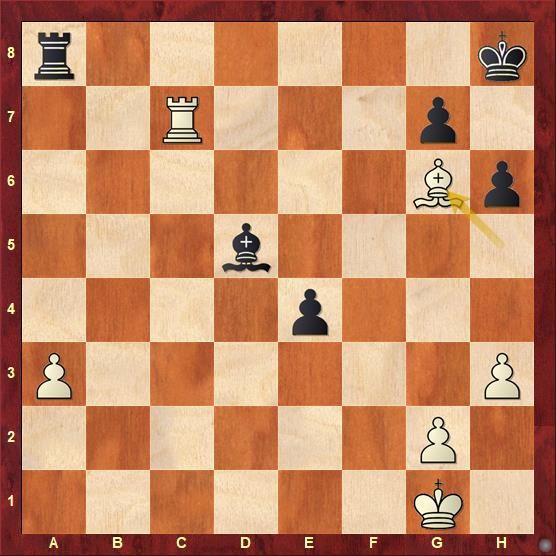 White indeed got his bishop to g6. Black couldn't pick up the a3 pawn owing to a weak back-rank, instead now he had to spent some tempos getting his king to a safer square. 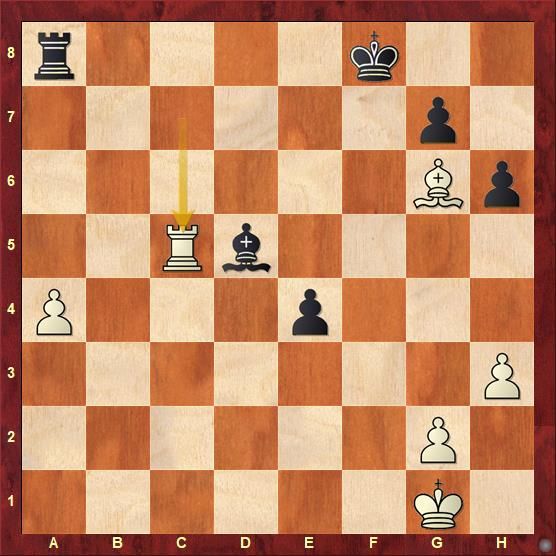 This was the final critical moment of the game. Black played the move 44...Bb7 here which allowed White to pick up the e-pawn with 45.Re5, 44...Rd8 would have been a better defense instead. 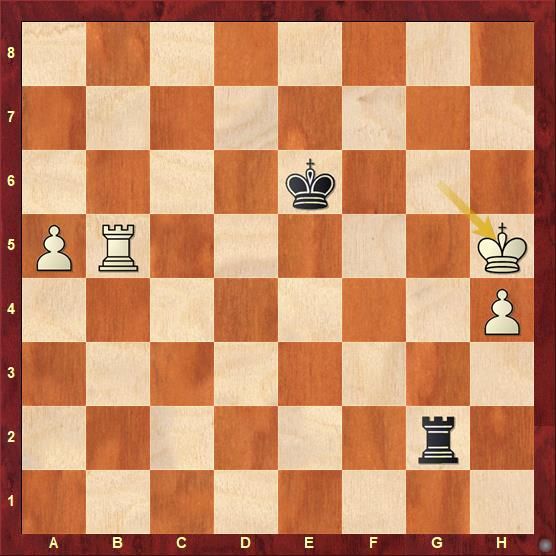 Next, White picked up one more pawn on the kingside and from here it was game over for Black. 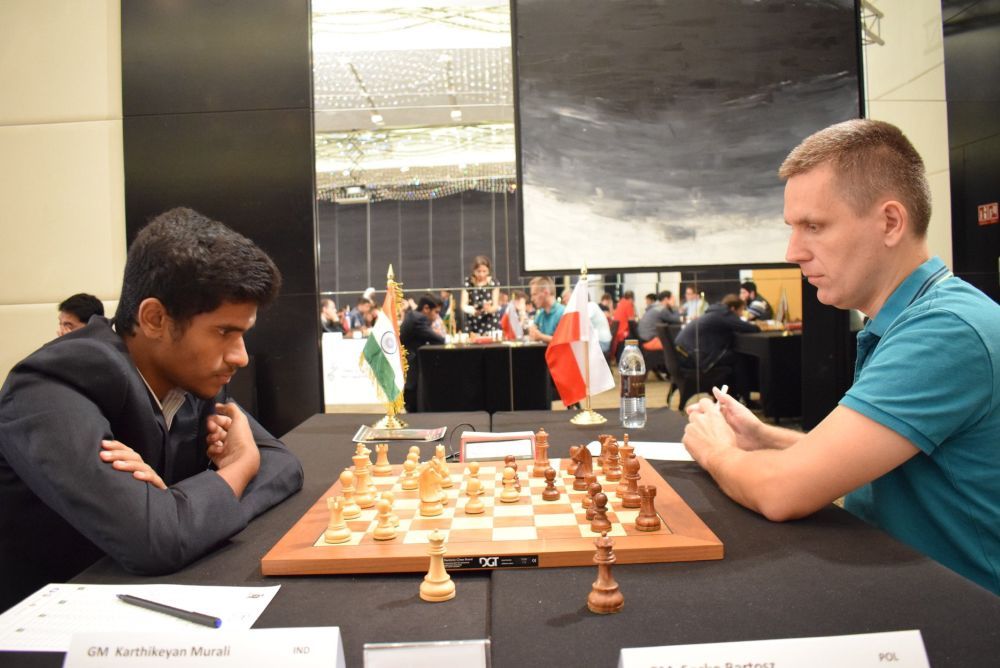 Karthikeyan had an opportunity to seize an edge with a nice exchange sacrifice against the polish Grandmaster Bartosz Socko | Photo: Rupali Mullick

Karthikeyan played an unusual fianchetto of his light-squared bishop in the French and by move 11 it was already a new position on board. 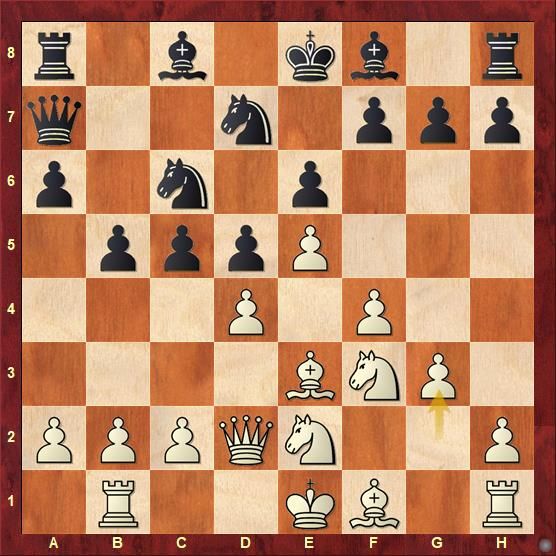 White played the new move 11.g3 followed by 12.Bg2 next. Black could have continued solidly with 11...Nb6 here but in the game he chose a more ambitious plan. 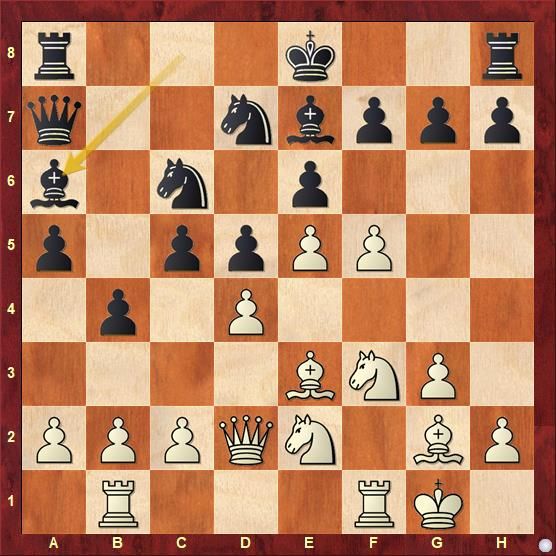 Black went for a queenside expansion with a5 and b4 and developed his c8 bishop to a6. White has a brilliant resource here that was missed in the game can you see it? 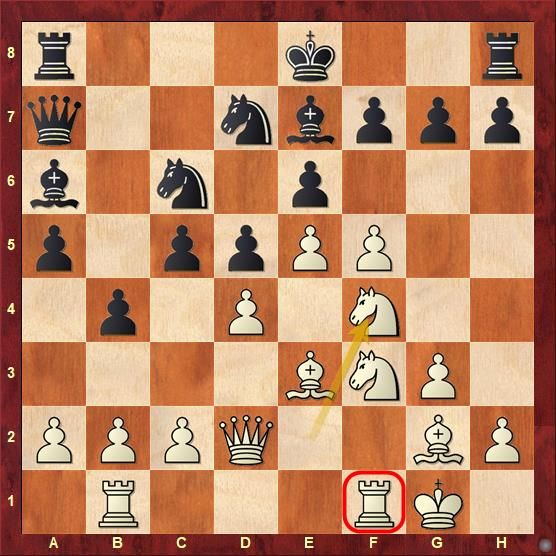 15.Nf4! is what Karthikeyan could have played! The point is after 15...Bxf1 16.Rxf1 there's just too much pressure on the e6 point to deal with and the black king is still stuck in the middle of the board (check annotations below for variations). In the game however, 15.fxe6 fxe6 16.Bh3 was played after which the game slowly fizzled into a draw. 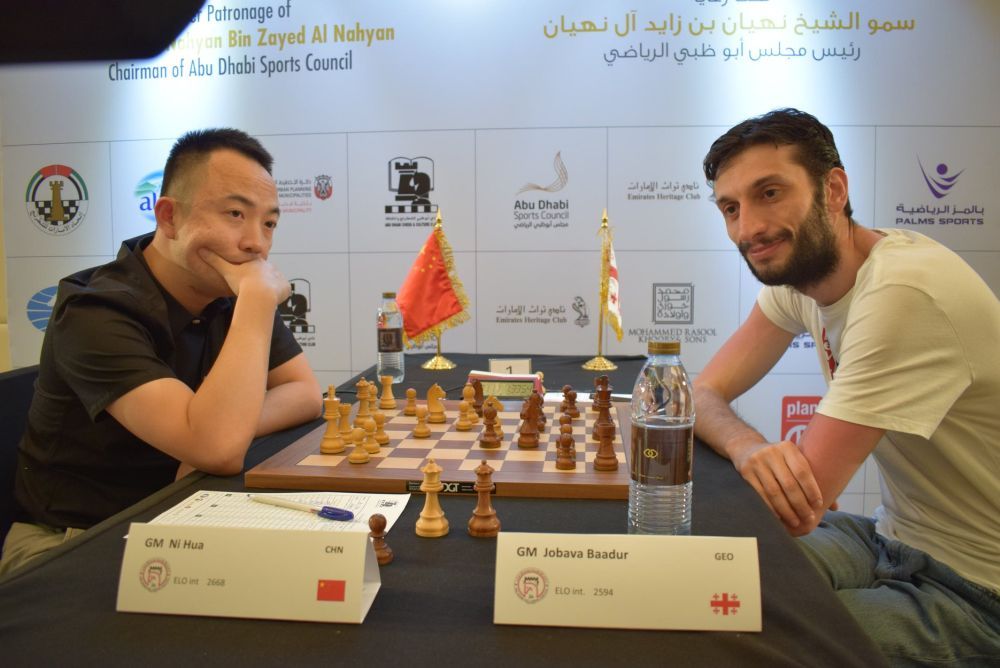 Jobava's terrific winning spree was brought to an end in the seventh round as China's Ni Hua held the in-form Georgian Grandmaster to a draw | Photo: Rupali Mullick

After winning six games in a row the leader Jobava Baadur was up against the very strong Chinese Grandmaster Ni Hua. In a variation of Slav, the latter with white pieces chose to be super-solid against the in-form Georgian player. The game never really left equilibrium and was agreed to a draw without much ado after just thirty-eight moves. 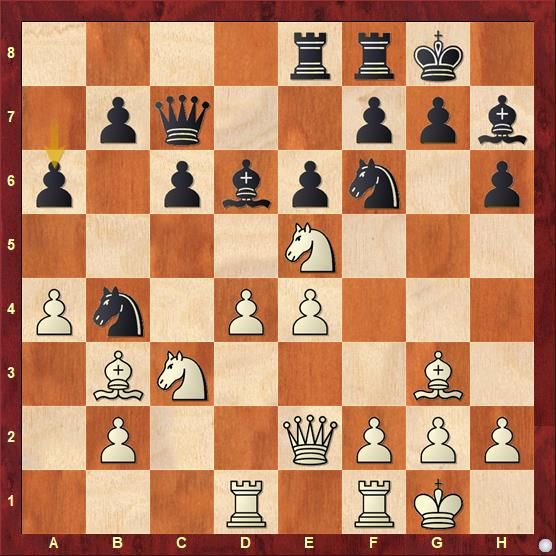 Position after 15...a6: White had the opportunity to create imbalances at this point by pushing 16.f4 but in the game 16.Nc4 was played which led to the exchange of dark-squared bishops on g3 after which the game never really went off-balance. 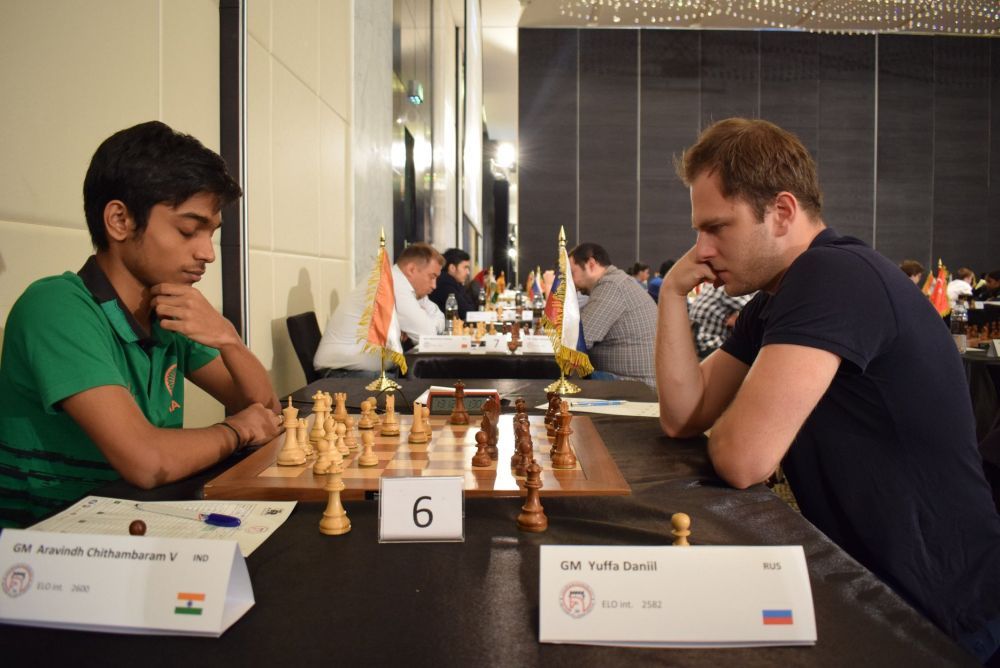 Aravindh Chithambaram drew GM Yuffa Daniil. Aravindh is paired up against compatriot Deep Sengupta in the penultimate round of the event. This is a match-up that would be interesting to follow | Photo: Rupali Mullick 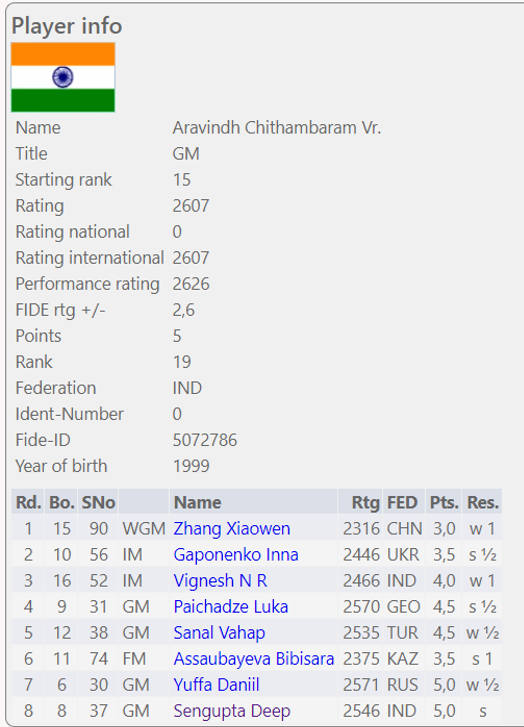 The national triple-crown champion has been very solid throughout the event, not losing a single game in seven rounds! 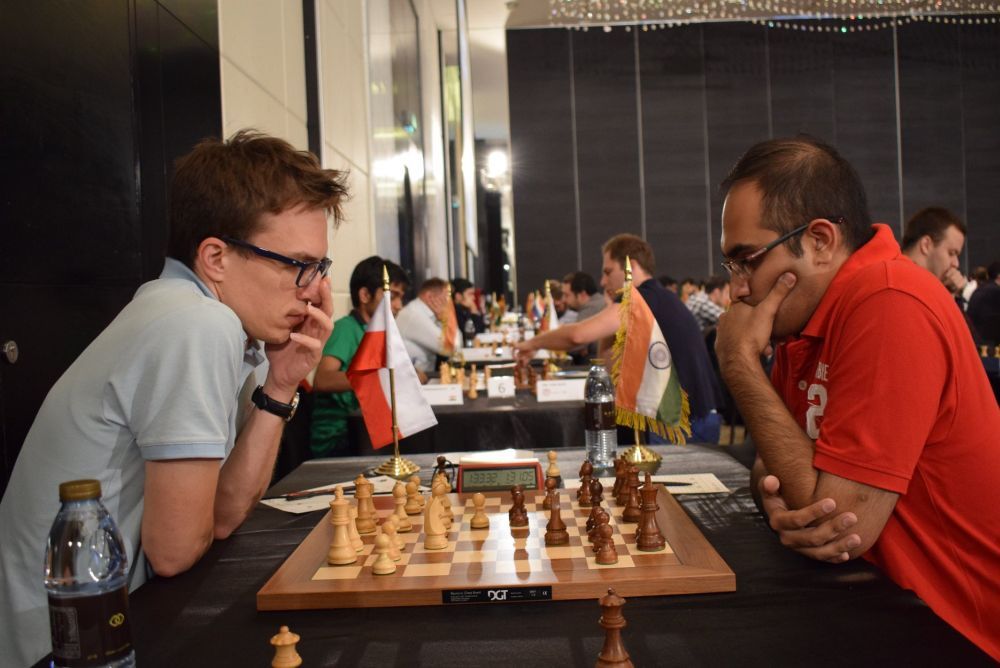 Vaibhav Suri lost to Bartel Mateusz in the seventh round | Photo: Rupali Mullick 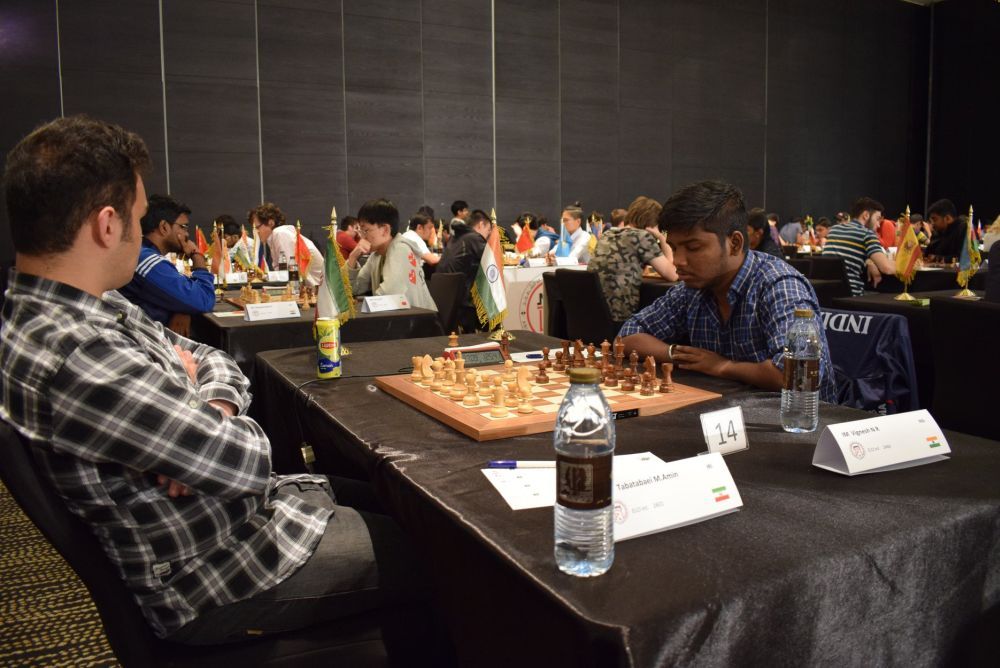 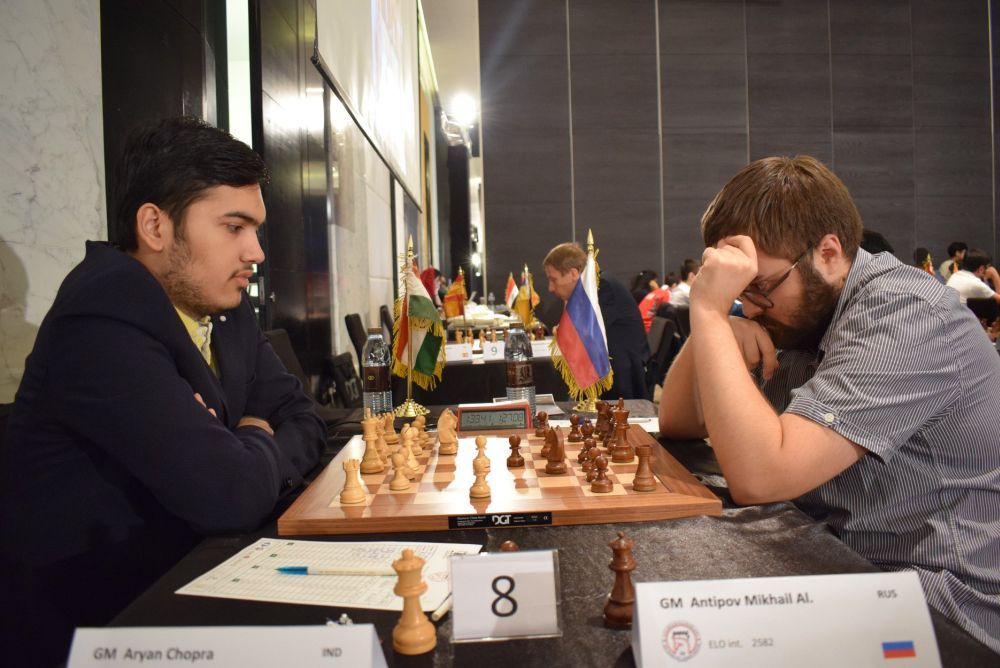 Aryan Chopra couldn't keep his good performance from the previous round going as he lost to GM Antipov Mikhail AI. 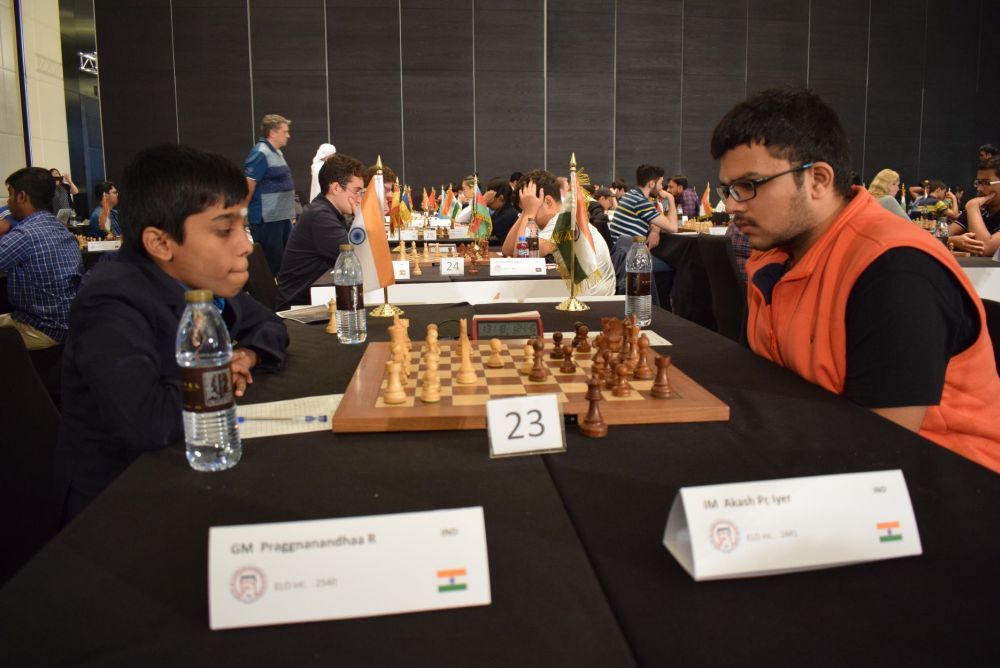 The penultimate round of the event begins from 6:30 p.m IST today. You can follow it live on the official YouTube Channel of Abu Dhabi Chess.