The second games of the first knock out matches taking place at Tehran were lip smacking fares. Many who had lost in the previous games made remarkable comebacks, but for India, it was another happy and sad day. Report with master analysis by Nihal Sarin and Sagar Shah.

Before the Women's World Championship 2017 began, everybody was of the opinion that Harika Dronavalli stands the best chance to become the first Indian women's world champion. Mathematically, this may be true but chess is not academics, it is a sport. A sportsperson's form on the given day is as important as their strength itself.

Two of India's brightest hopes started with draws in the first game with black pieces. But Padmini Rout was immaculately prepared for her game against Armenian GM Elina Danielian. 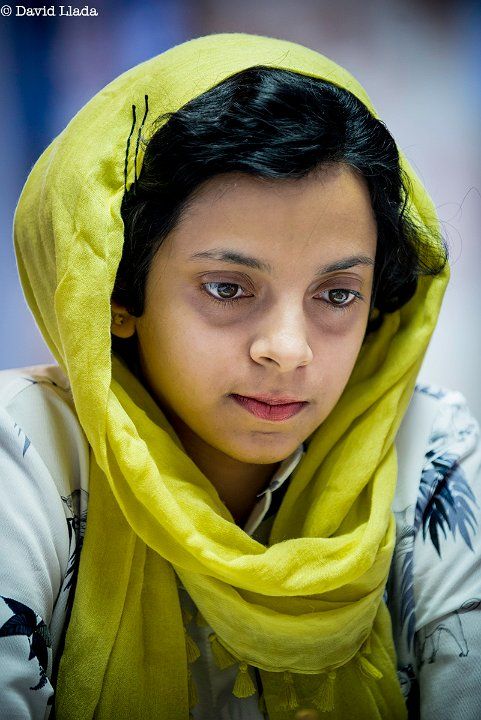 Padmini faced a Caro-Kann against Elina who made a minor inaccuracy in the early stages of the middlegame. The position just got better and better for the Odisha based Indian National Champion. Finally, in a bad position, Elina blundered and Padmini finished with a sweet tactic that mates. 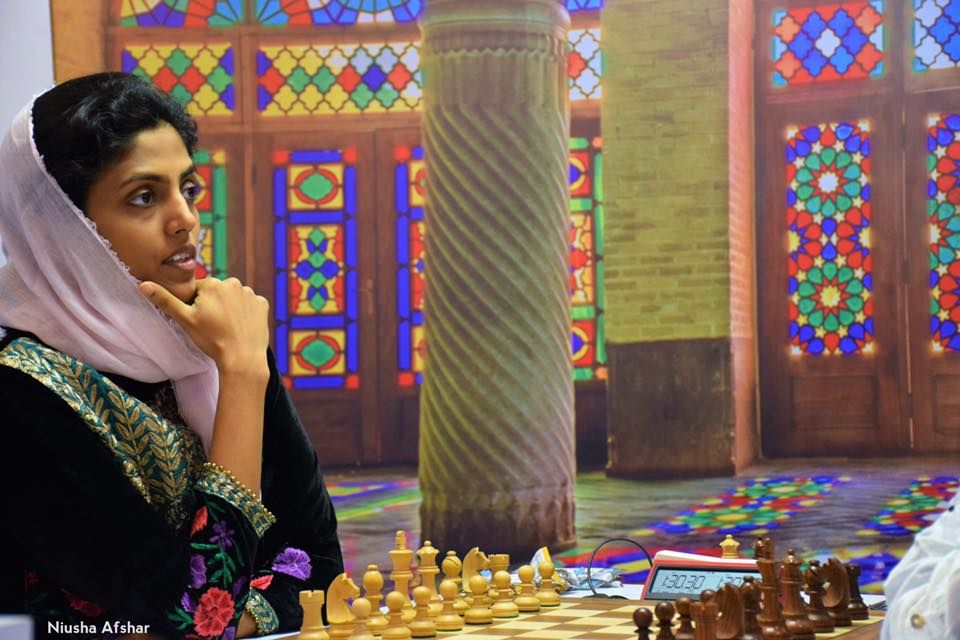 Meanwhile, Harika Dronavalli played indecisive chess as she struggled to get going against the Bangladeshi No. 1 Shamima Akter rated just 2077. [Photo: Niusha Afshar]

Harika opened with a strange Benoni with the white pieces and netted a pawn in the middlegame. One would expect her to convert without much ado. Shamima sacrificed another pawn to create play and Harika was imprecise. The Bangladeshi got ample compensation in return and even took over the advantage! In the end, she could have pushed and make the Indian star suffer but she chose to repeat. 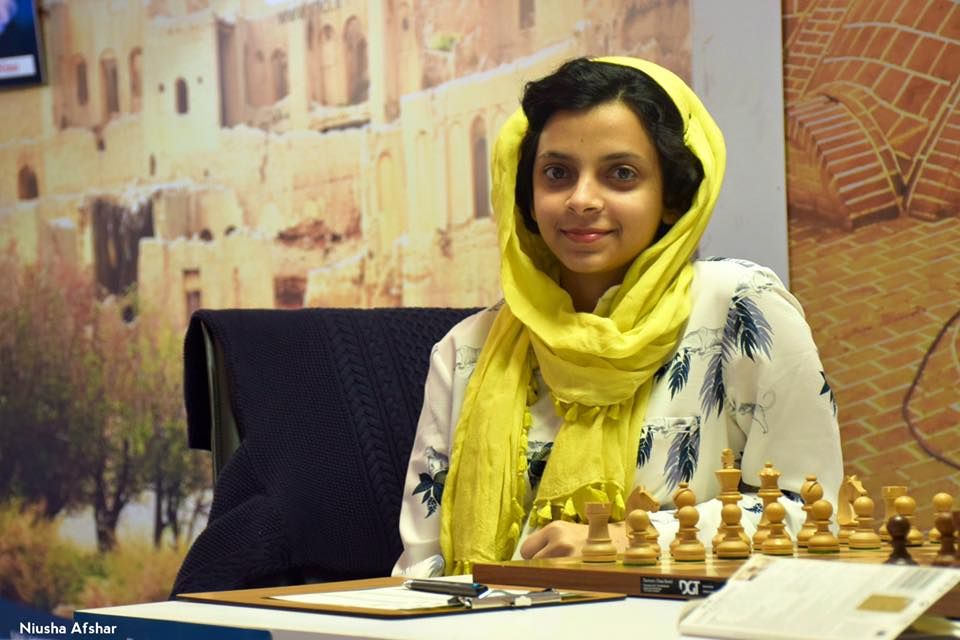 The Odisha girl is an inspiration to many! Indian chess fraternity is proud of her and will cheer for her. [Photo: Niusha Afshar]

Going into the rapid tiebreaks, Harika obviously has the upper hand against her Bangladeshi rival but you never know. Nobody can stop the stylish Hyderabadi player if she starts playing at her peak and that is what the fans are hoping for. 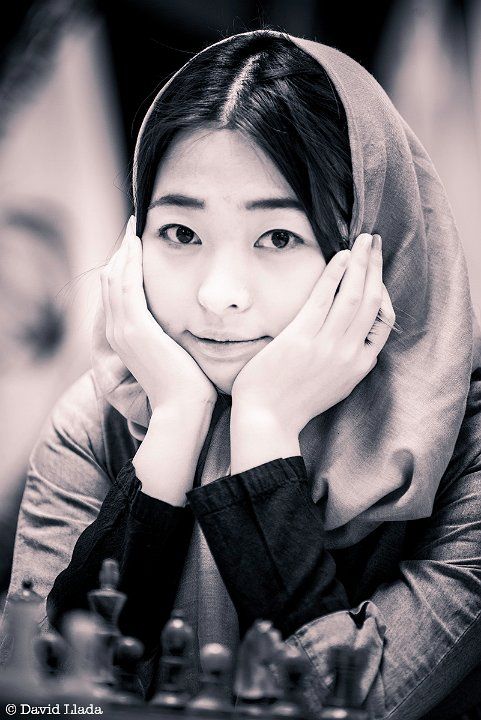 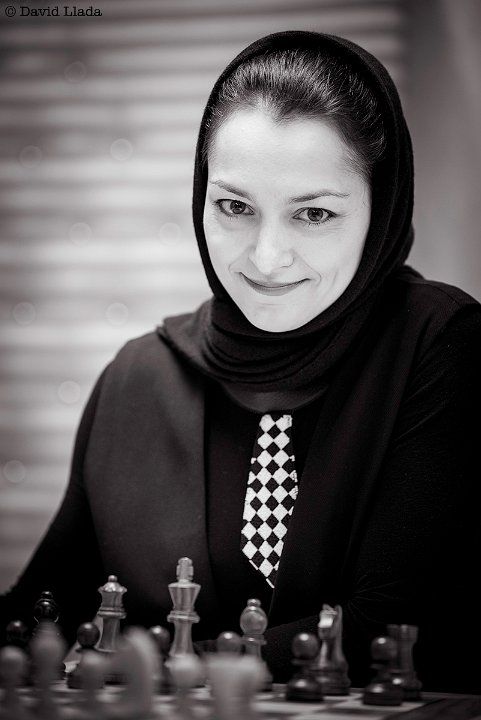 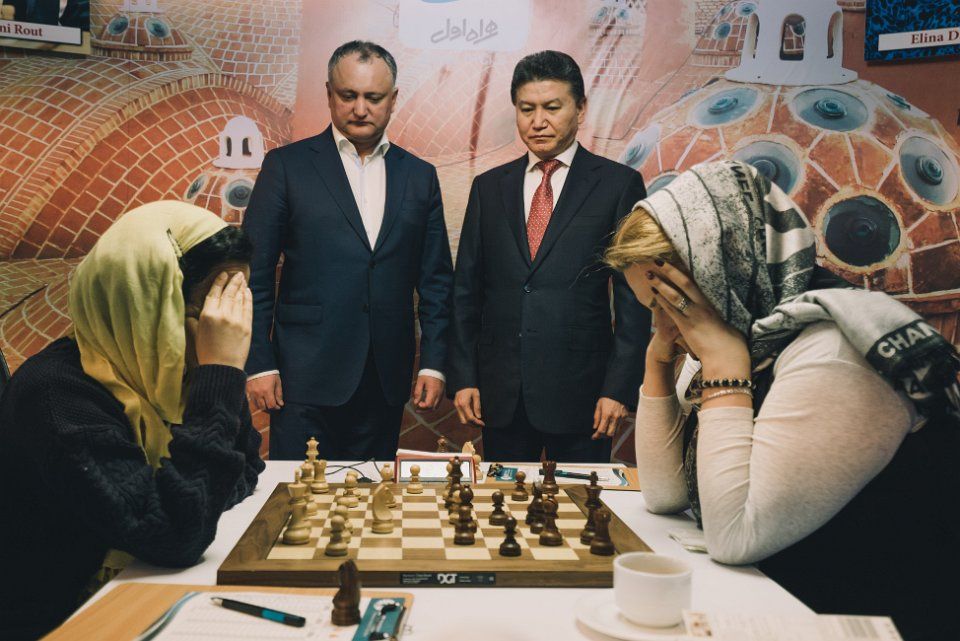 Meanwhile, the hijab issue continues to be a raging point of arguments.  A picture that speaks a thousand words? 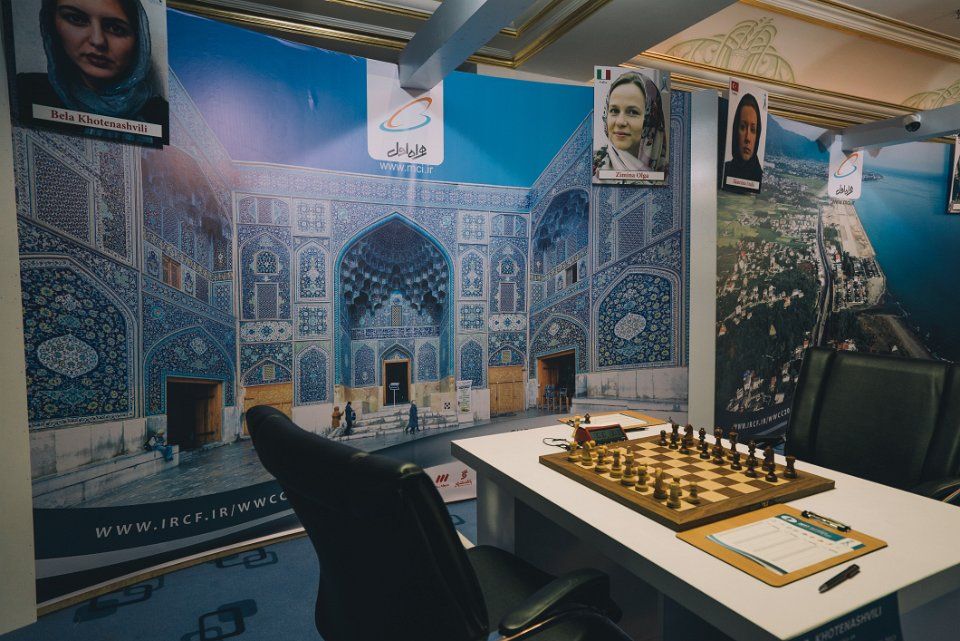 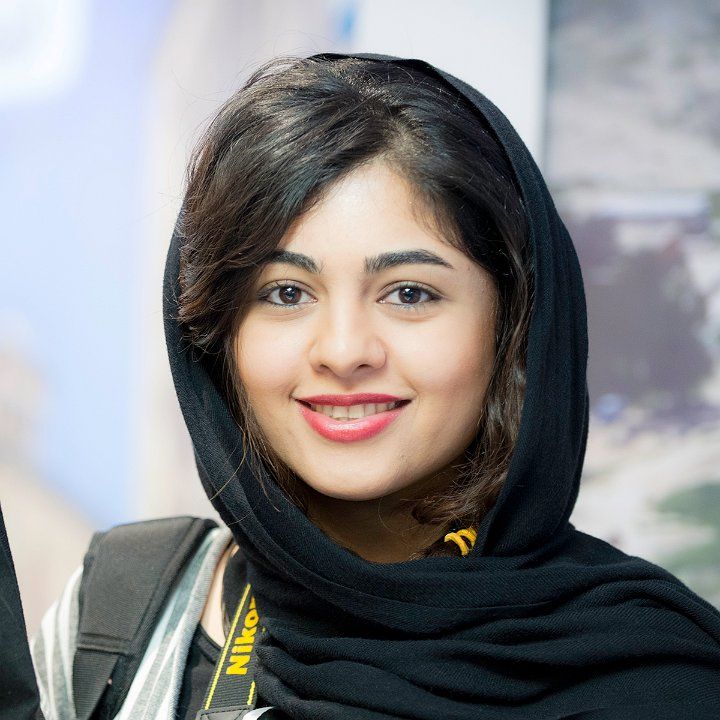 The elegant Niusha Afshar who took many of the pictures in this report. [Photo: David Llada] 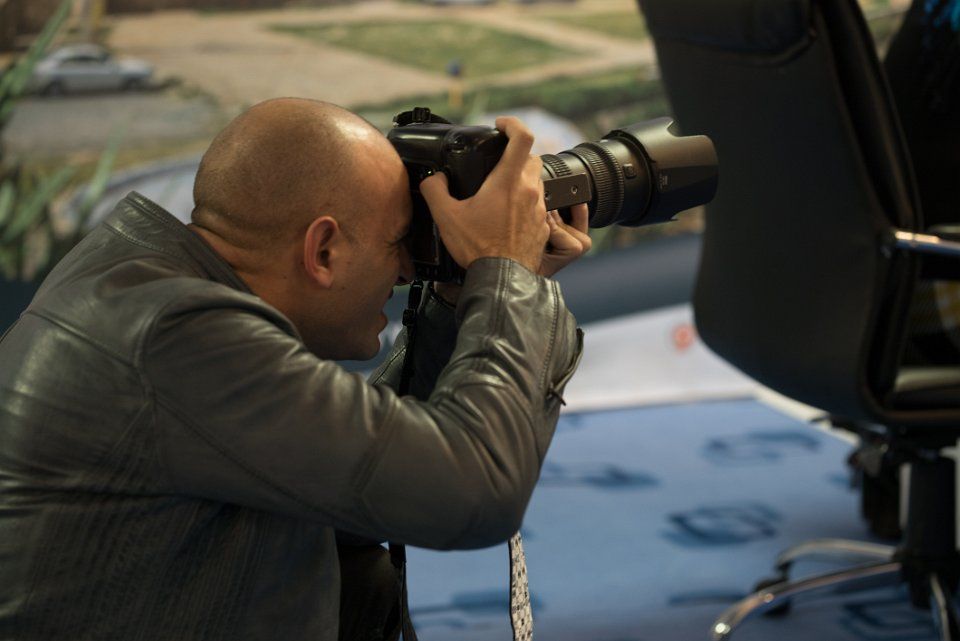 And, of course, David Llada, who sets the benchmark for chess photography. 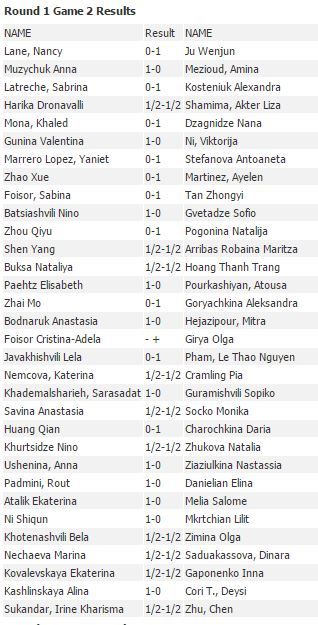 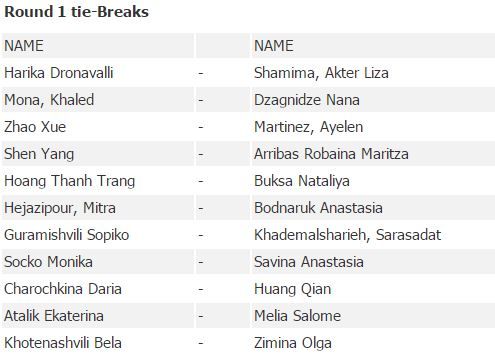