Ravi Teja takes it all in Sangli!

Playing his first tournament in India after marriage IM Ravi Teja travelled to Sangli with his wife. Both of them took part in the 50th edition of the Babukaka Shirgaonkar tournament. Ravi claimed the top prize of Rs.1 lakh, while Anusha was the best woman player! Our 12-year-old reporter Avathanshu Bhat was in Sangli and has sent us a report loaded with chess content. In it you can find an interesting idea against the London played by Ravi Teja and some excellent annotations by the young upcoming talent of Mumbai Aryan Polakhare. 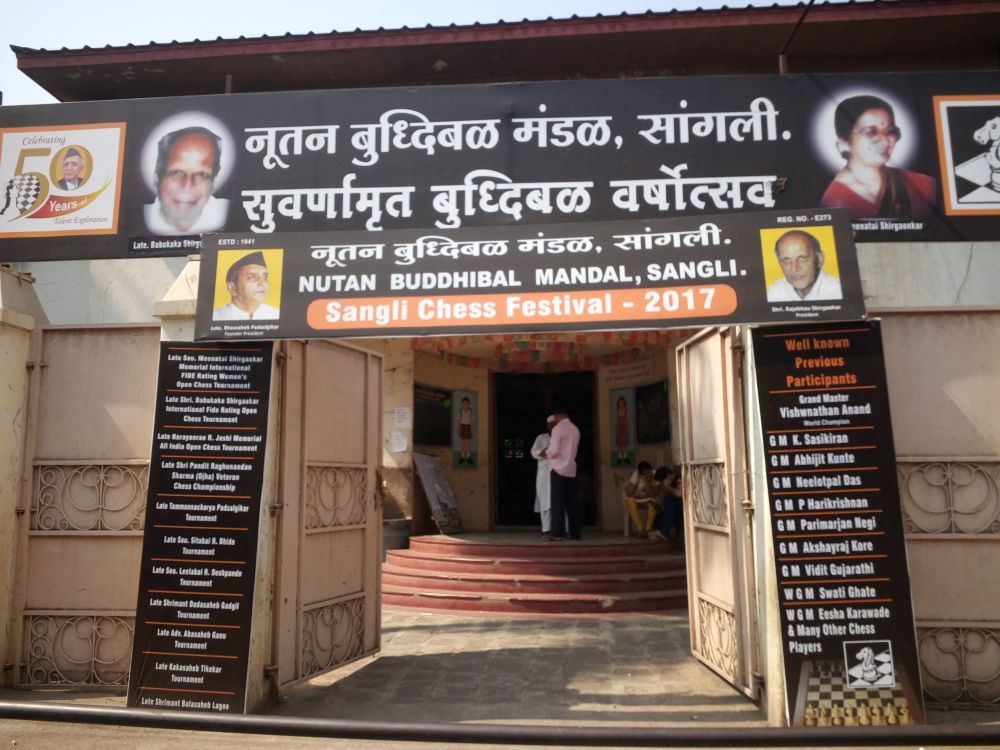 A picture can speak a thousand words. 373 kilometres away from mega city Mumbai lies a simple, humble city Sangli which has witnessed India's most treasured chess players. Sangli not just has its Fide Rating Open tournaments, but also the age-category events to encourage the young kids to get the feel of playing chess with the classical time control and without the fear of losing rating. And the Women only tournament has absolutely no entry fees!

Before the late 1960s, there were hardly any tournaments that were looked forward to by players. However in 1967 the Shri Babukaka Shirgaonkar (SBS) tournament changed this. Chess players would throng towards Sangli in May every year. It is one of the few tournaments that has been successfully conducted without fail for 50 years. Name a great Indian chess player and it is impossible that he/she has not been to Sangli! Right from Viswanathan Anand, Abhijit Kunte, Sasikiran, P. Harikrishna, Parimarjan Negi, Vidit Gujarathi, Swati Ghate, Padmini Rout, everyone has tasted the waters of Sangli!

So what made such a city the center of attraction for chess? I think it was a mix of many reasons: the lack of good tournaments in India during that period, the commitment for the excellence by the organizers, and the timing. (It was usually held in the summer vacations so that maximum kids can participate), the relatively cheap accommodation and not to forget the sumptuous Maharashtrian food!

Shri Babukaka Shirgaonkar tournament has flourished for 50 years now. The Shirgaonkar family contributed to this success story as well as other chess fanatics in Sangli. 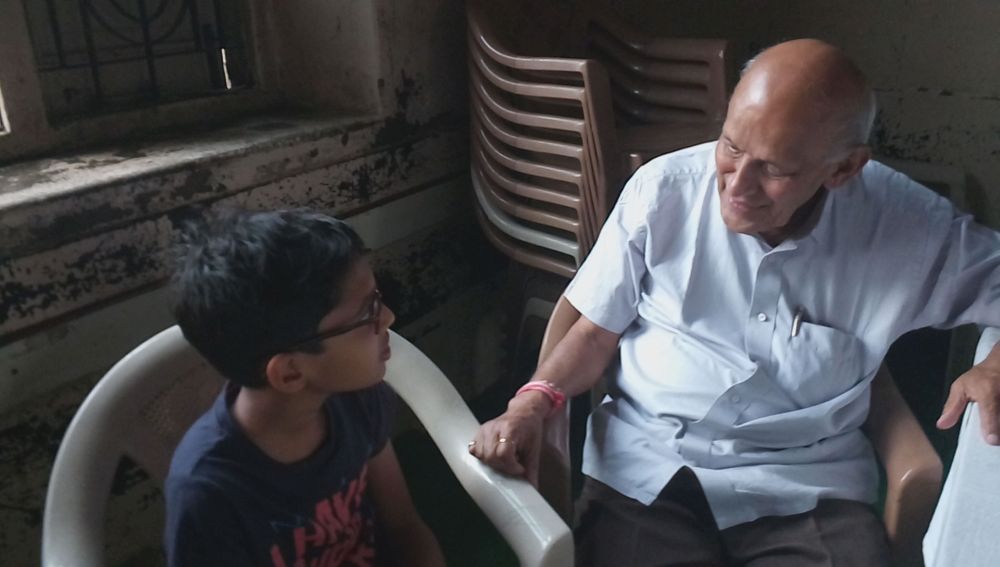 Mr. Shirgaonkar is optimistic that the chess legacy will continue

During conversation with Mr. Shirgaonkar, I learned that Mr. Bhausaheb Padsalgikar was the man responsible for the staring this tournament and that he had merely carried it forward. Although 'merely' is an enormous understatement for the work in all the last years! 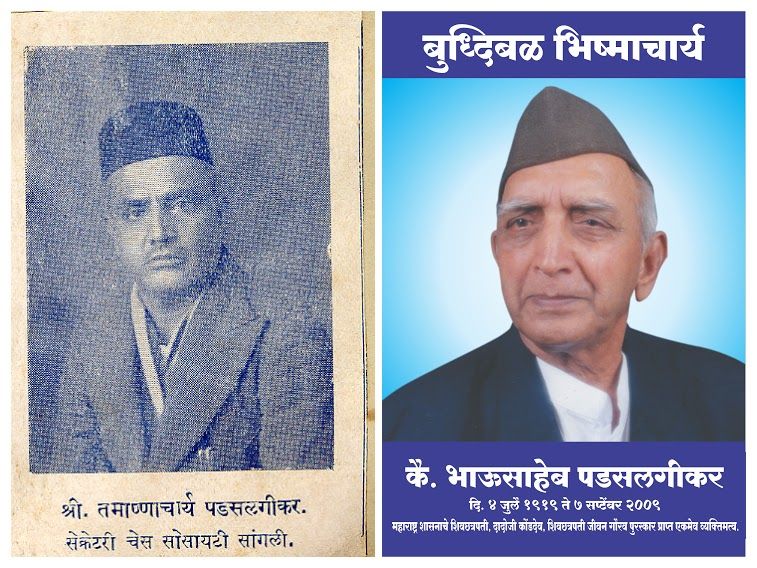 The two veterans who are the pillars of Sangli Chess 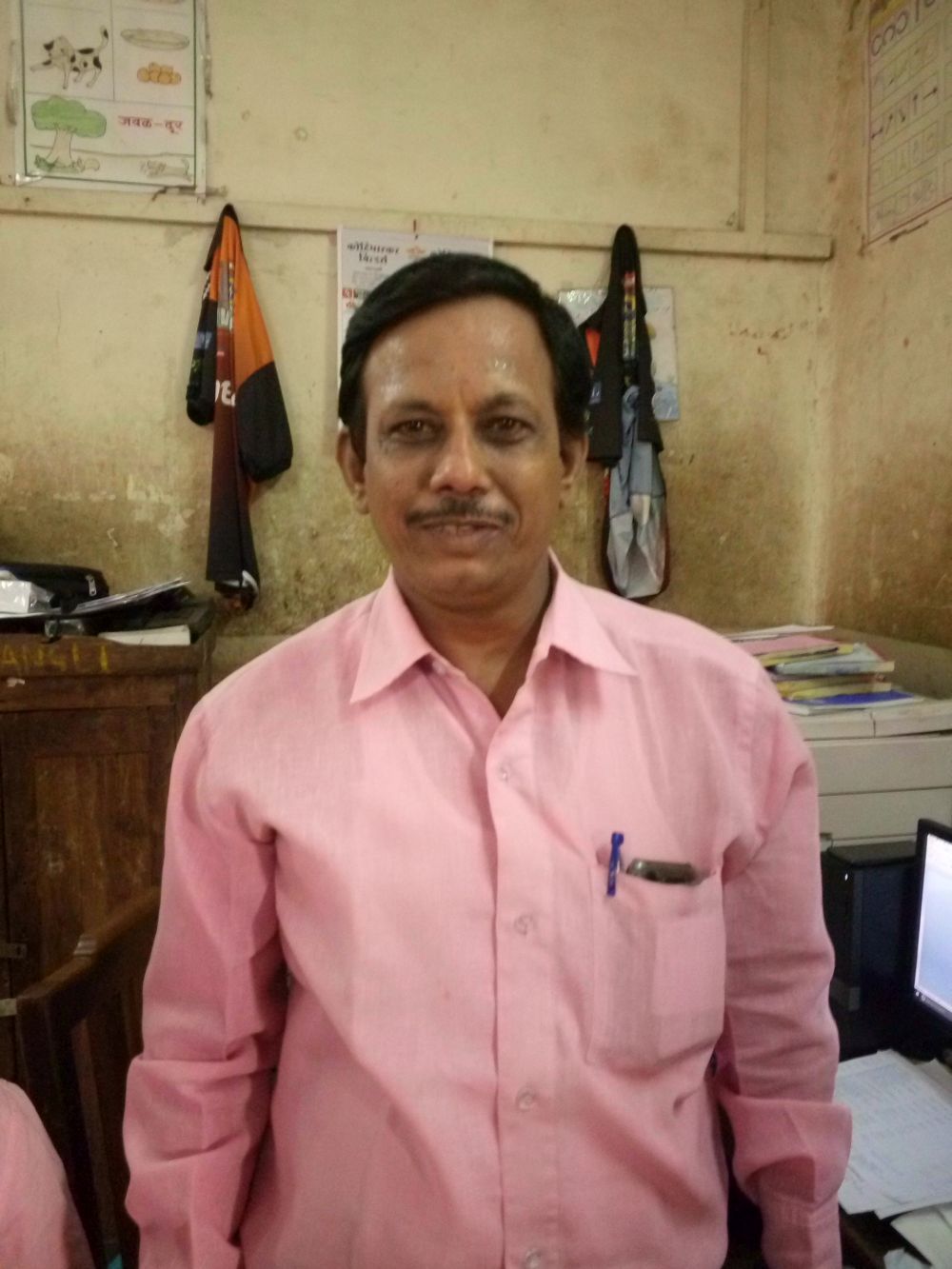 Deepak Vaychal, one of the important men behind the scenes of this event, shared some rare pictures from his treasure trove. 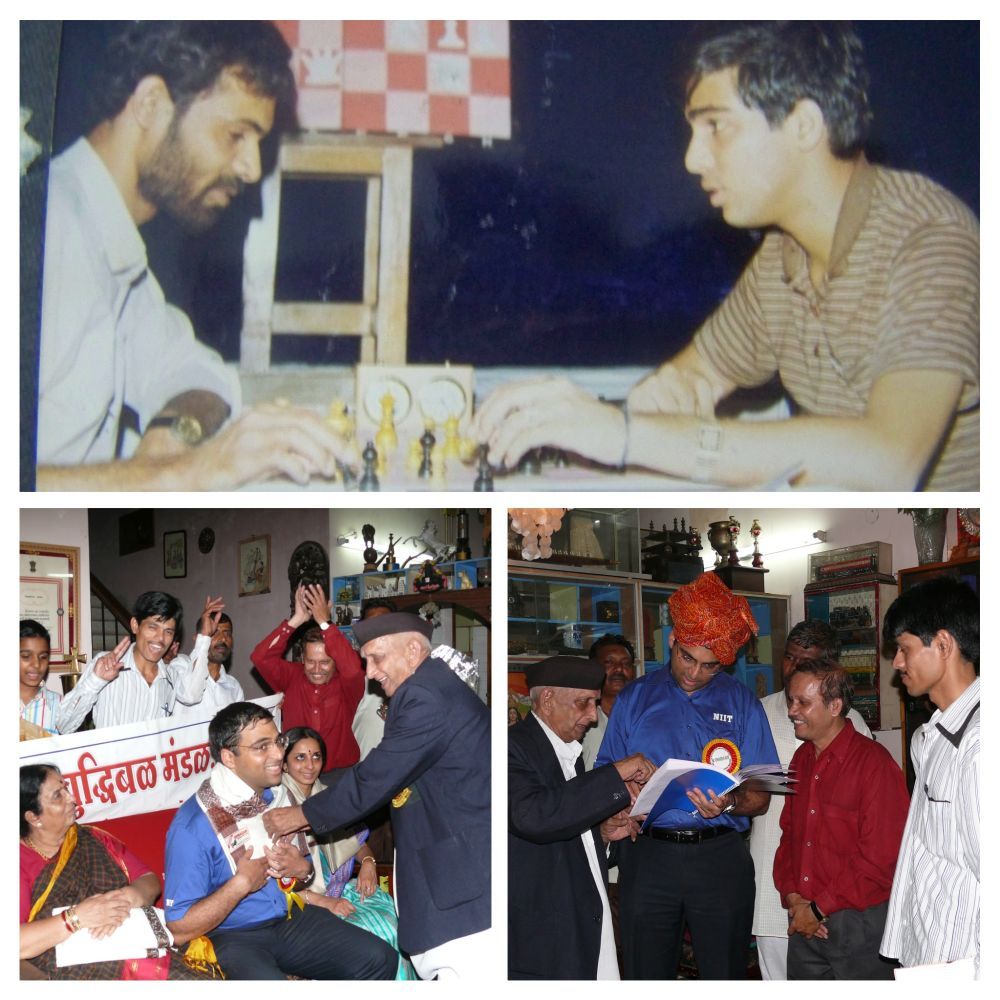 Anand from an amateur to a strong player to a World Champion - Sangli has seen it all! 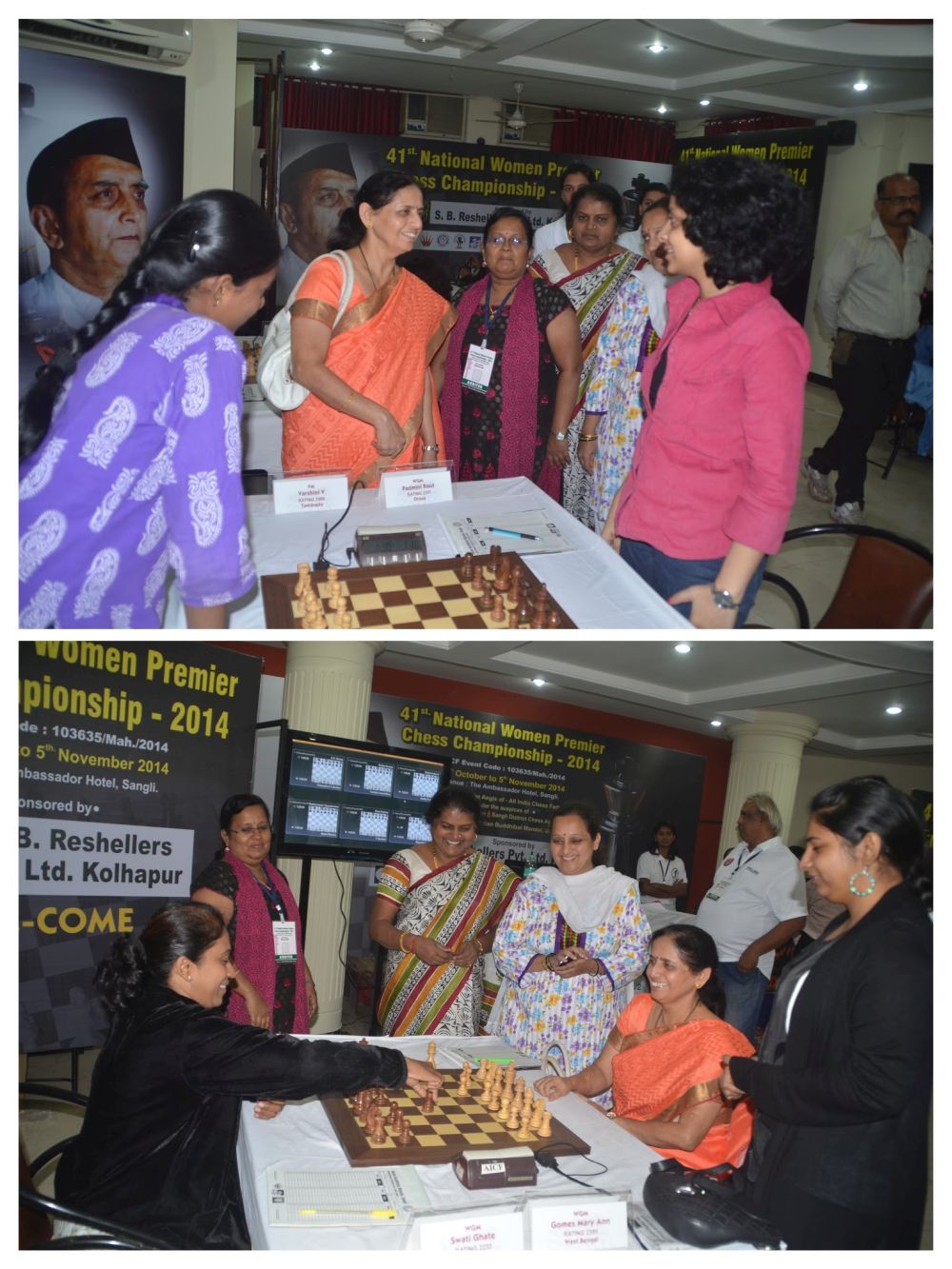 The 50th Shri Babukaka Shirgaonkar memorial took place in the Dr Bal Shikshan Mandir. The titled players who were here to battle it out for the winner's purse of Rs.1,00,000 were IM Abishek Kelkar, IM Ravi Teja S, IM Rajesh V A V, IM Sameer Kathamale and IM Ramnath Balasubramanium. The event took place from 7th to 12th May and saw 237 players in action. 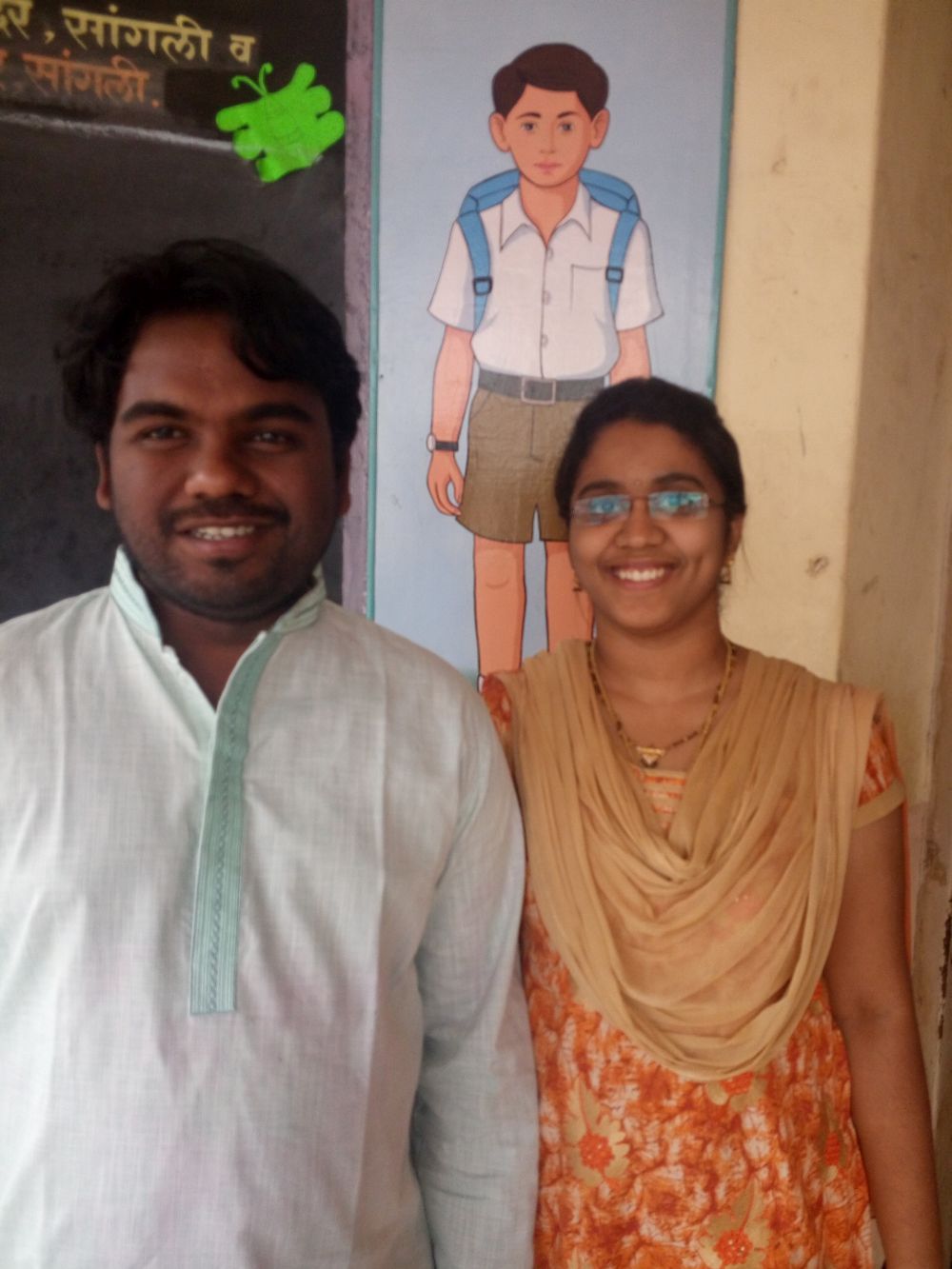 The jubilant couple after winning. While his wife Anusha N L V came first in the women section, IM Ravi Teja took it all!

IM Ravi Teja S scored 8.5 on 10 playing some great chess. Hear what the champion has to say on this feat:

As promised, here is IM Ravi Teja's best game of the tournament with an interesting idea for Black against the London System: 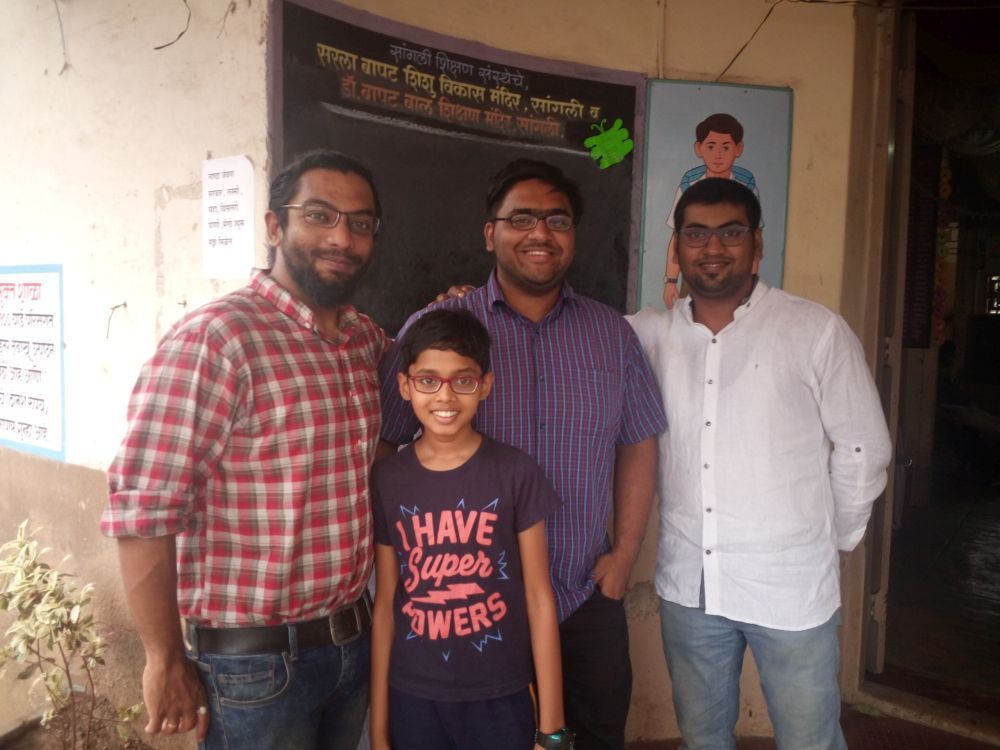 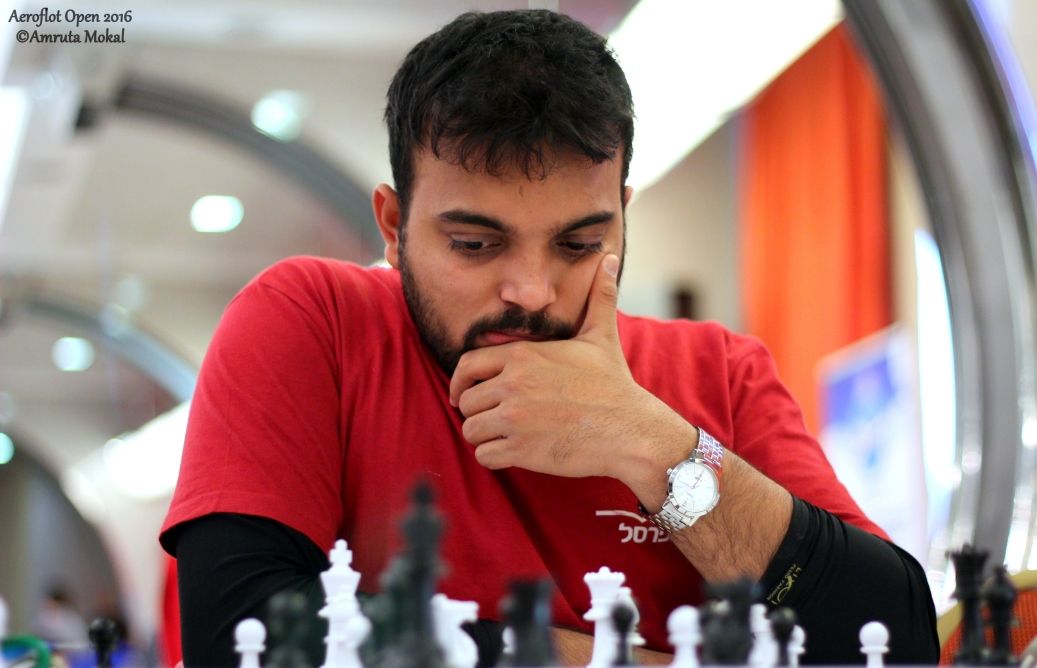 IM Abhishek Kelkar, top seed of the tournament, scored the same points as Ravi Teja, but had to be content with the second spot on tie-break. 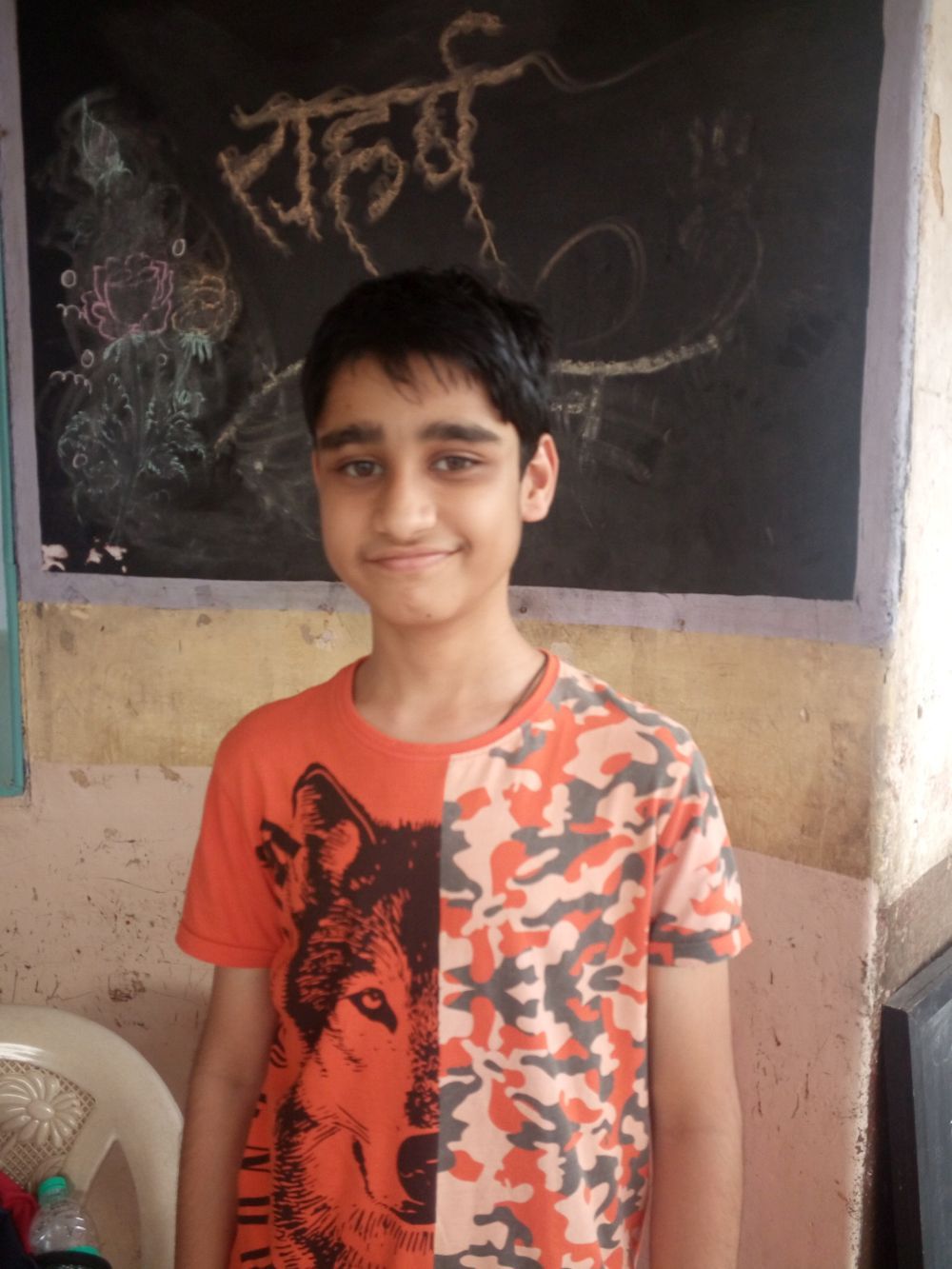 Mumbai kid Aryan Polakhare had a gala time with some amazing games!
He scored a fantastic 7 points and increased 90 ELO points.

Here is Aryan's best game from the tournament. I really liked his annotations. Particularly the one where he mentions that exchanging a knight that has moved four times for a bishop that has never moved is not a good idea! 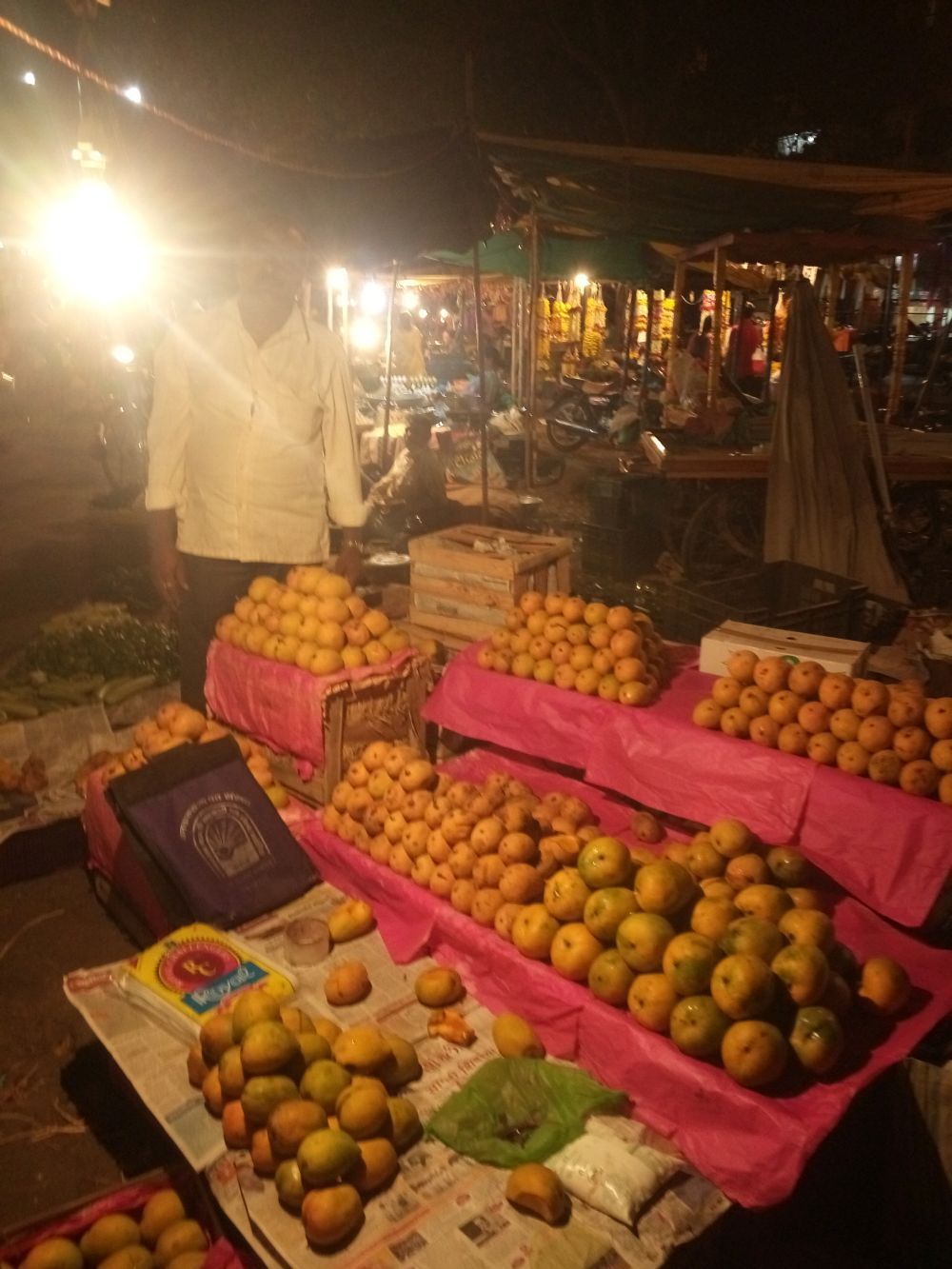 Sangli is known as Sugar Belt of India and so are the mangoes! Players take these home as souvenirs! 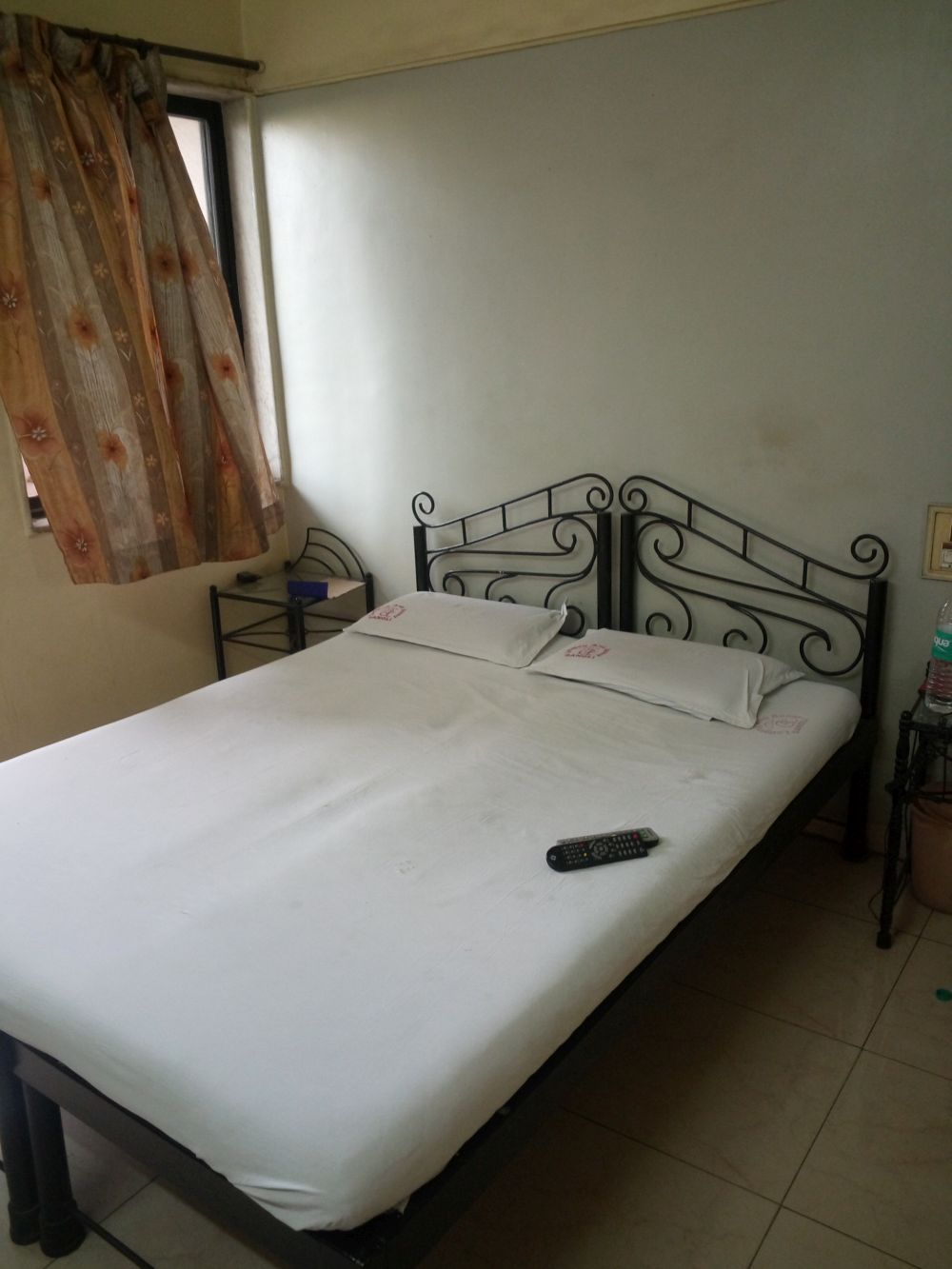 Sangli is cheaper than other big cities, so a basic room near the venue costs Rs. 600 per night 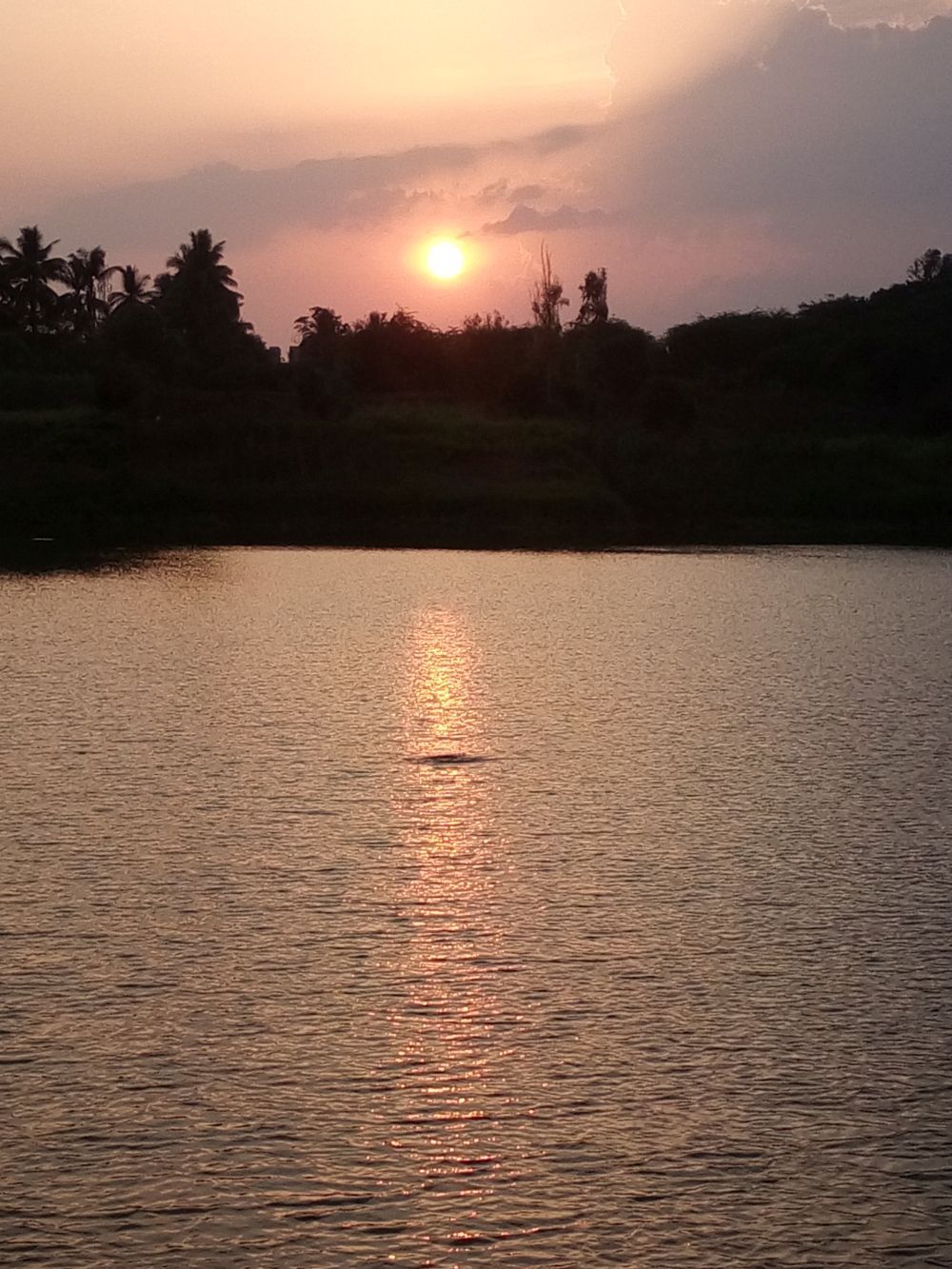 The riverside near the venue is soothing after a tough match

Well, this is another year and another feather for the organisers. I hope Sangli chess flourishes and continues to spread like it has always done in the past nurturing all the budding stars of chess. It is also our duty that we support this event that has built up an amazing chess culture in the country! See you all in 2018!

Avathanshu Bhat is a 12-year-old chess player from Mumbai. Apart from being a chess fanatic, he is a voracious reader and his favourite books include Wonder by R.J. Palacio, Lord of the rings by J.R.R. Tolkien and the complete adventures of Feluda by Satyajit Ray. He loves Daniel King and enjoys his Power Play DVDs very much. He maintains his own blog.