India's Pentala Harikrishna was having a tremendous run at the Geneva Grand Prix. Until round 8, he hadn't lost a game and had even been co-leading the tournament. The penultimate round, however, brought disaster for the Indian ace. Not only did he lose his first game of the event to Li Chao, he also lost all chances of winning the title prize. Report with analysis.

Who could have predicted that things would go so badly wrong for Pentala Harikrishna at the Geneva Grand Prix? The Indian ace had shown tremendous form in this tournament and had an undefeated run until round 8. In fact, he was even co-leading the tournament after rounds 1 and 7. But the penultimate round turned out to be a disaster for the Indian number two. In round 8, he suffered his first loss against the Chinese GM Li Chao. And with this loss, not only have his chances of winning the title prize in the tournament faded away, but he has also been almost knocked out of contention for the two places at the Candidates tournament – the tournament which decides the challenger for the world championship. 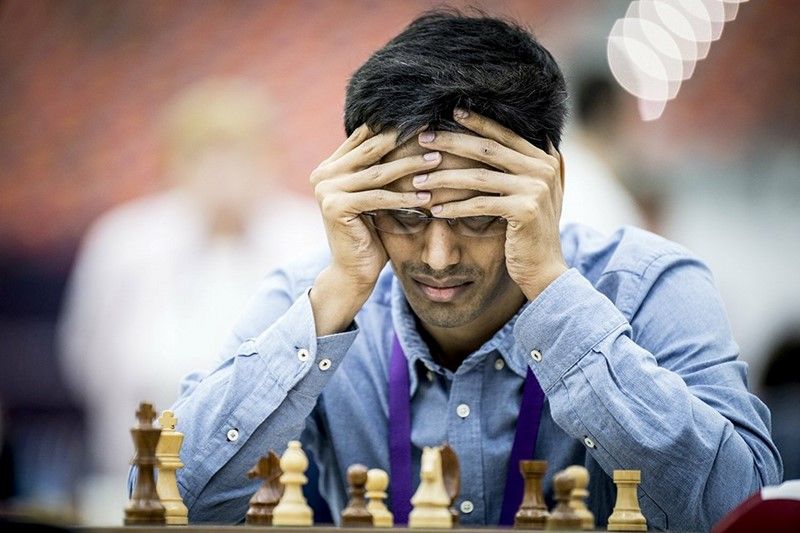 The game began with the Ragozin variation of the Queen’s Gambit in which Hari had the black pieces. Out of the opening, Hari seemed to have a balanced position. Queens were also traded quite early – on the 11th move, to be accurate. Hari then played a pawn sacrifice and seemed to have sufficient counterplay for it. But on the very next move, he went on to move his knight instead of his light squared bishop which was still on its home square. Going by general principles of chess, one should proceed energetically after sacrificing material. Of course, there are exceptions to this. But Hari’s position in this game probably wasn’t one of those exceptions. After the game, Li Chao said that it was after he played his reply to Hari’s seemingly dubious knight move, Hari offered him a draw. Perhaps, the Indian realised he had erred after having played it and had bouts of discomfort. The Chinese GM declined the offer, however, and Hari’s discomfort with his position became even more pronounced after his 22nd move which damaged his position further. 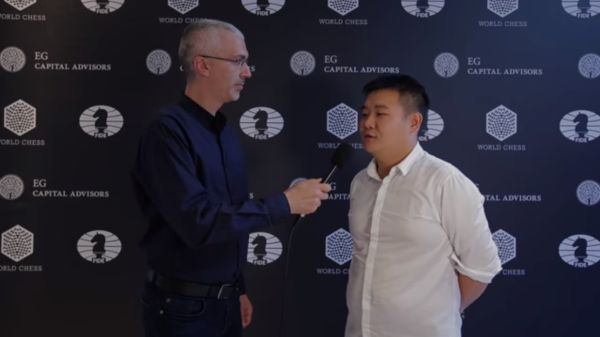 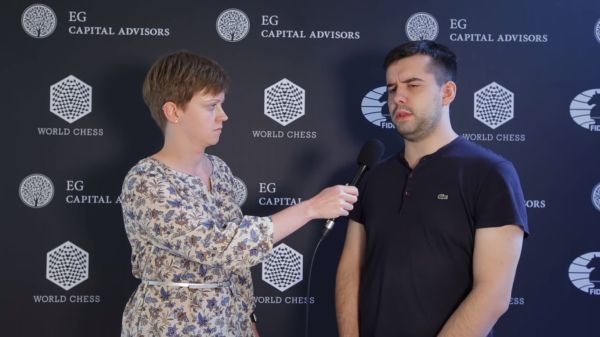 On his birthday, Ian Nepomniachtchi not only won against Aronian but also earned the right to play tournament leader, Radjabov in the final round.

Birthday boy, Ian Nepomniachtchi got the best birthday present he could have hoped for in his game against Aronian. The Armenian superstar essayed the same line of the English Opening with which he had lost to Harikrishna in round 6. One major difference being that this time he was on the black side of the position. Desperate for a win in order to keep up his chances to finish among the tournament toppers, Aronian threw everything but the kitchen sink at his Russian opponent.  Sacrificing a pawn right out of the opening, Aronian went on to offer an entire piece on the 18th turn. “The position was objectively equal. But from a human perspective, black’s (Aronian’s) initiative was very dangerous,” remarked Nepomniachtchi after the game. However, Aronian played a bit too ambitiously in his quest for a win and ended up making mistakes. He had to resign after 36 moves of play.

With his win today, Nepomniachtchi has climbed up to joint second on the leaderboard. More important is the fact that he will be playing the tournament leader Teimour Radjabov in the final round with the white pieces. If he manages to win, he might just run away with the title! 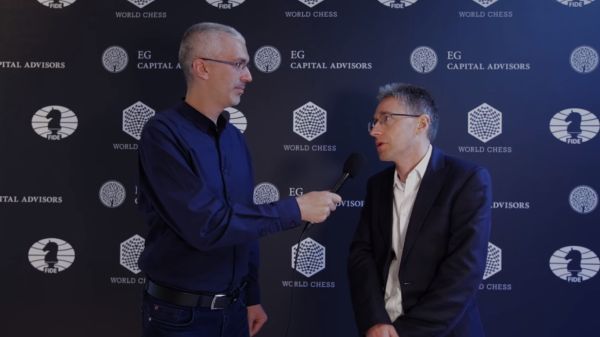 After quite a few unevemtful games, Mickey Adams was very happy to play Richard Rapport because "things happen" in Rapport's games!
In the other games of the round, tournament leader, Teimour Radjabov went for a quick 22-move draw against Alexander Riazantsev and kept his lead. After making several quick draws, English no 1, Michael Adams, finally lashed out with a win against Richard Rapport. Playing on the black side of a Sicilian Paulsen, Anish Giri also won his first game of the tournament against Hou Yifan. 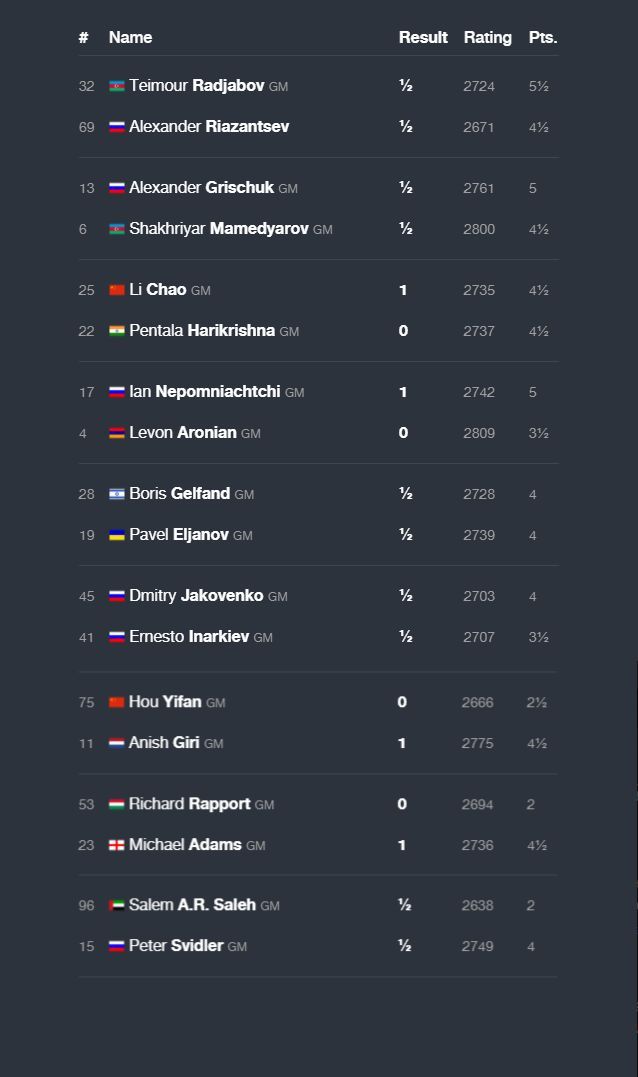 Full pairings of round 8 with results.
With just one round to go, Radjabov is looking strong to be the winner of the Geneva Grand Prix having scored 5.5/8. Just half a point behind him are Alexander Grischuk and Ian Nepomniachtchi with a score of 5.0/8. Harikrishna, after his loss today has slipped down to the third spot along with Giri, Li Chao, Mamedyarov, Mickey Adams and Alexander Riazantsev. All of them have scored 4.5/8. Svidler, Eljanov, Gelfand and Jakovenko share the fourth place with 4.0/8 each.